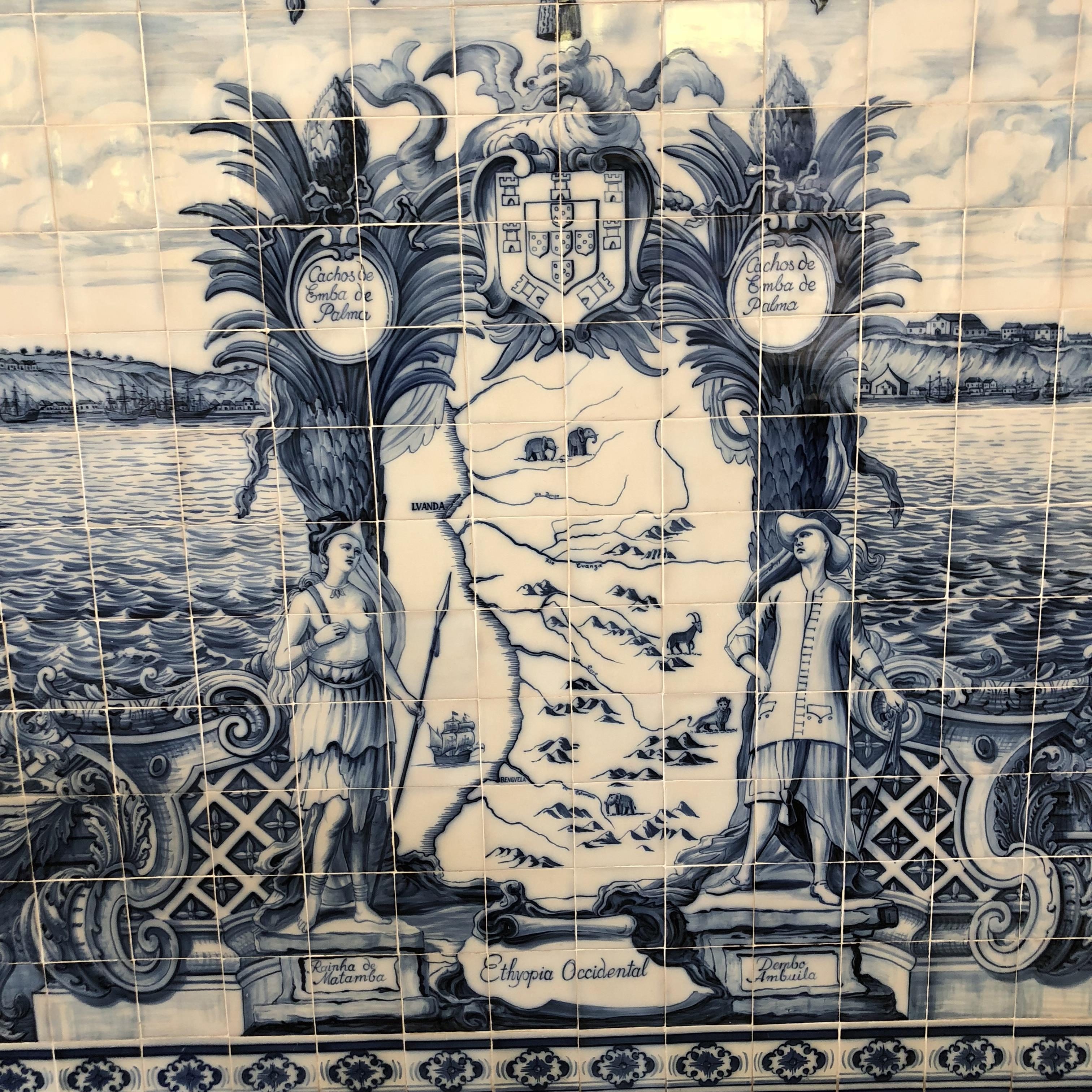 The title image is a blue tile depiction of the coastline of Angola with a Portuguese ship approaching. The legend says: Ethyopia Occidental. This was our travel through-line (so we have now told ourselves). We went from Ethiopia Oriental in East Africa to what was called Ethiopia Occidental in West Africa.

Note: the blue tiles are called azuleijos in Portuguese. The title image is from an extensive and magnificent mural of azuleijos in a fortification inside the National Museum of Military History in Luanda that tells the colonial history of Angola. The style of the tiles are a preview of what I was to see next week in Lisbon.

The mural includes an image of the sable antelope, a major symbol of Angola: 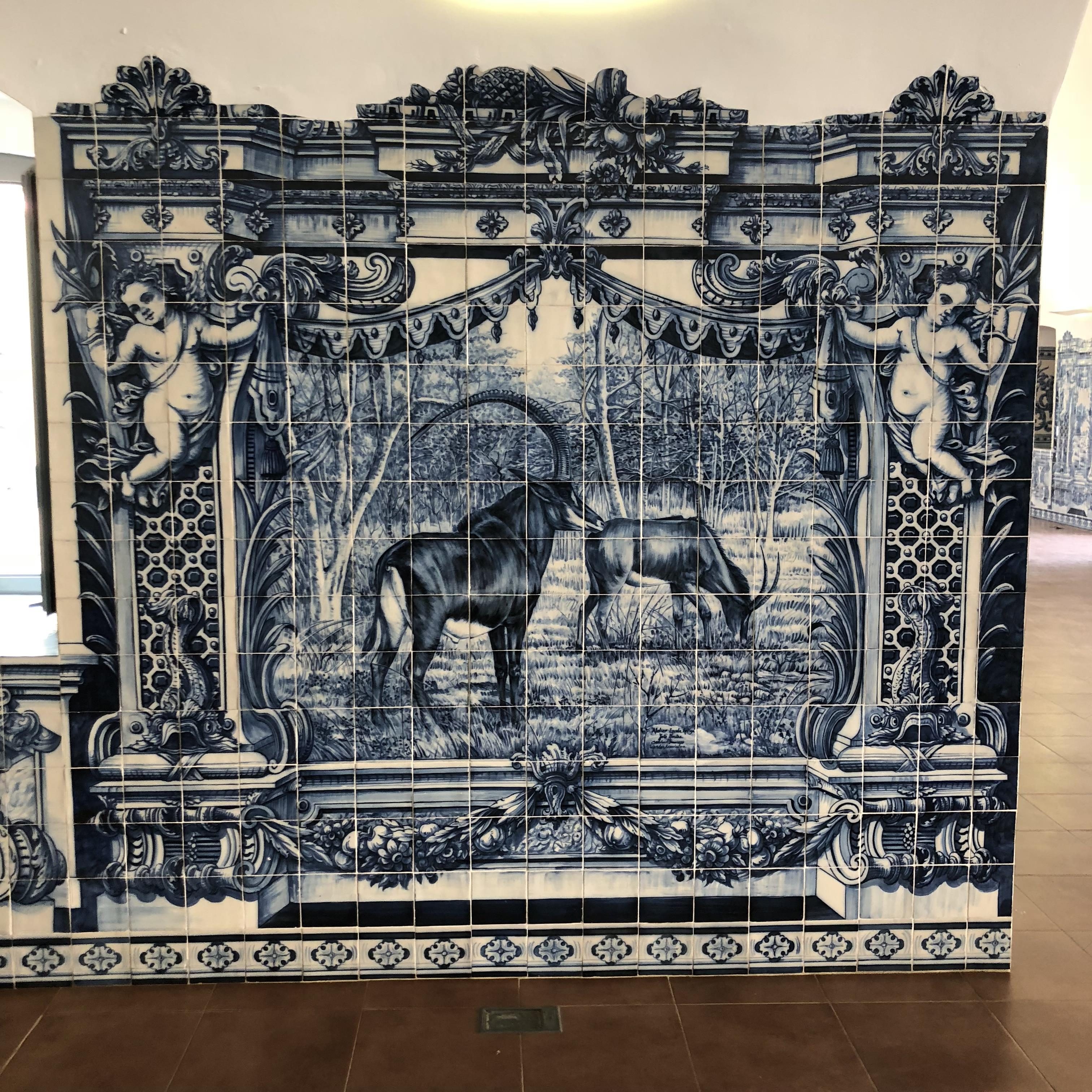 Angola is a challenge to the casual traveler. As a very small ‘for instance,’ many cash machines don’t take Visa and the ones that do don’t necessarily have cash that day. The national currency is the kwanza: 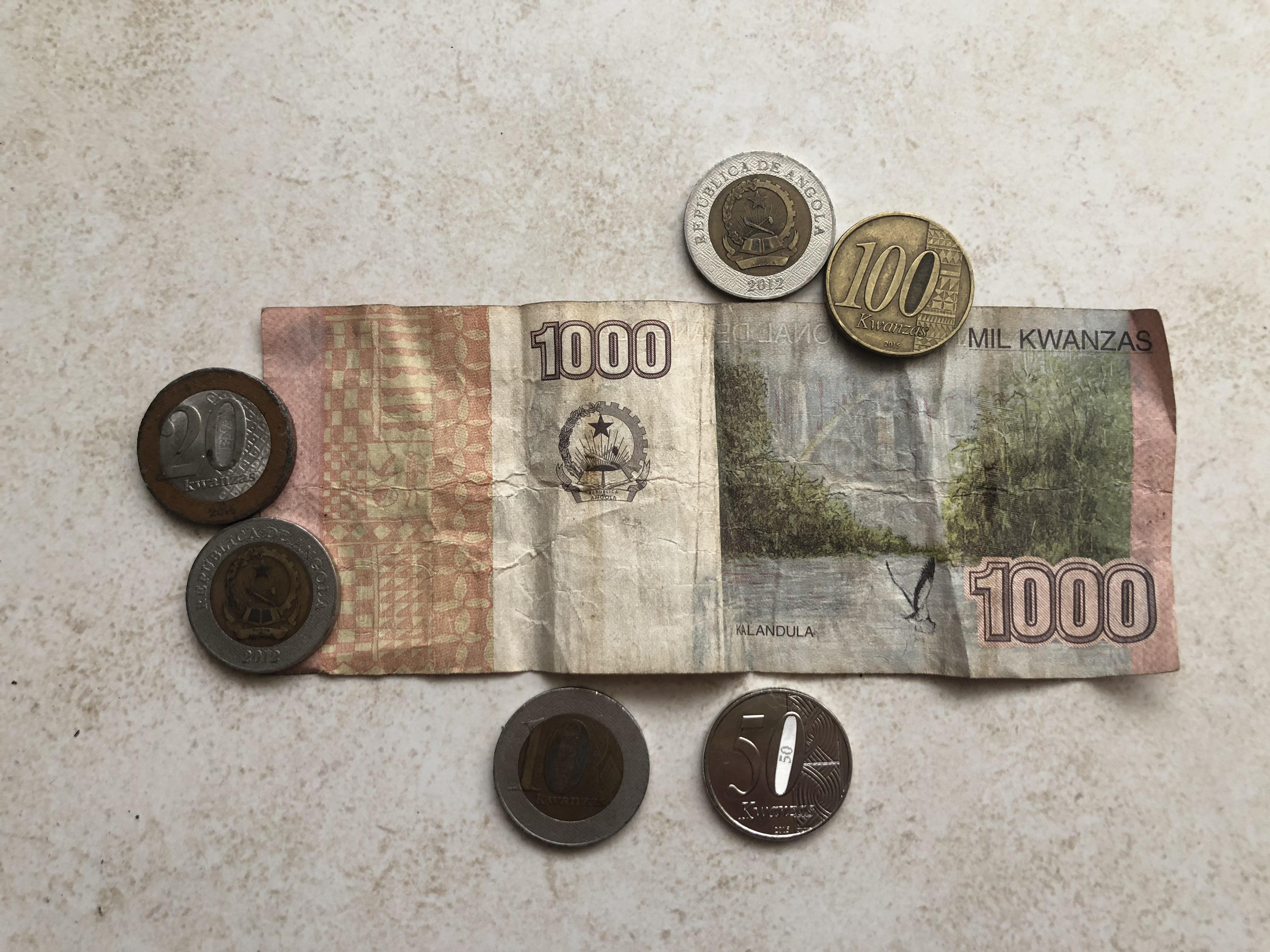 The world ‘kwanza’ may be from a Kiswahili word meaning ‘first’. The money shown here adds up to a little less than $5

Once you get over the whole “things aren’t going very well here” thing, there is no reason not to see what you can see. I was obsessed with women carrying things on their heads. 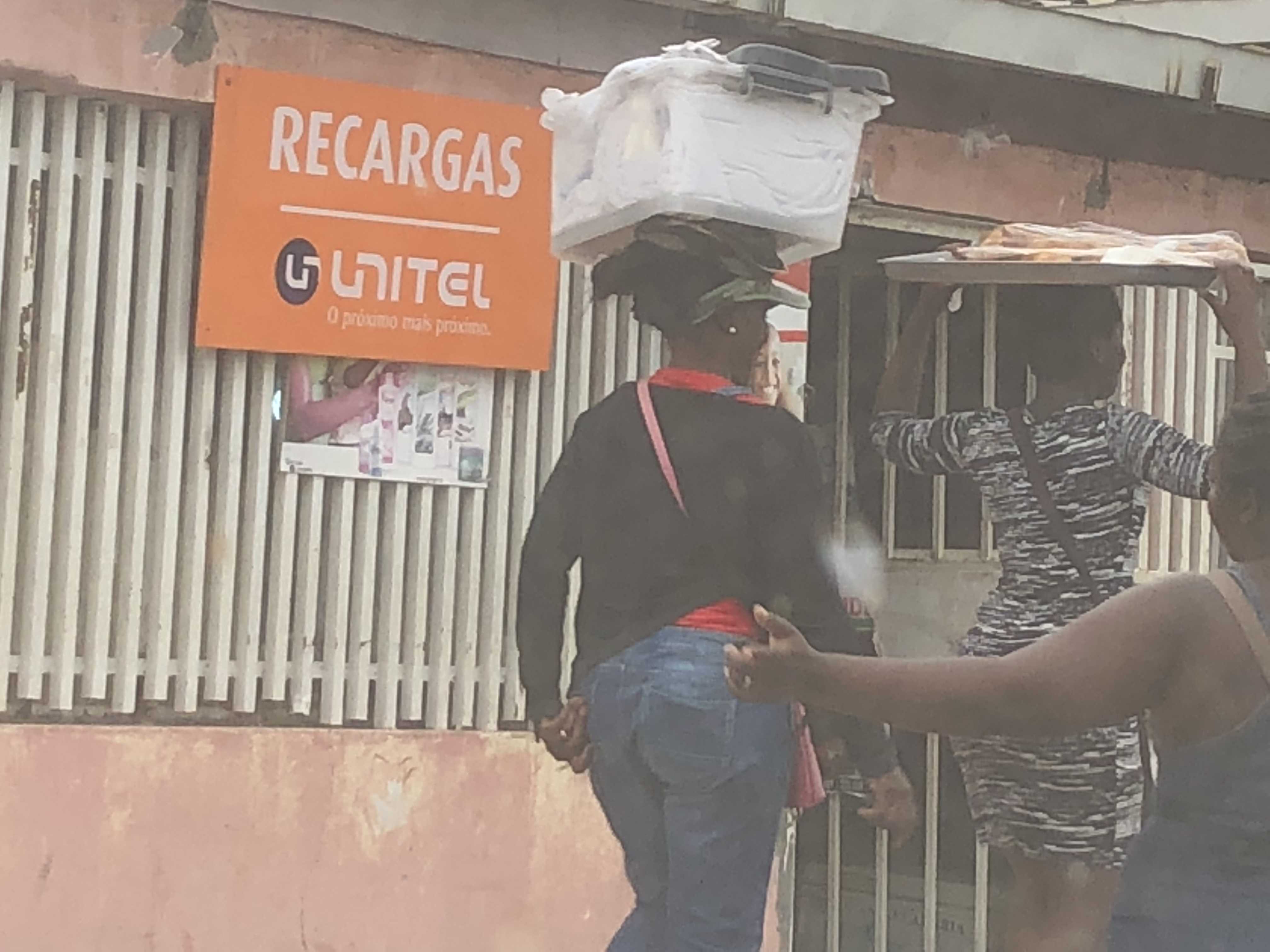 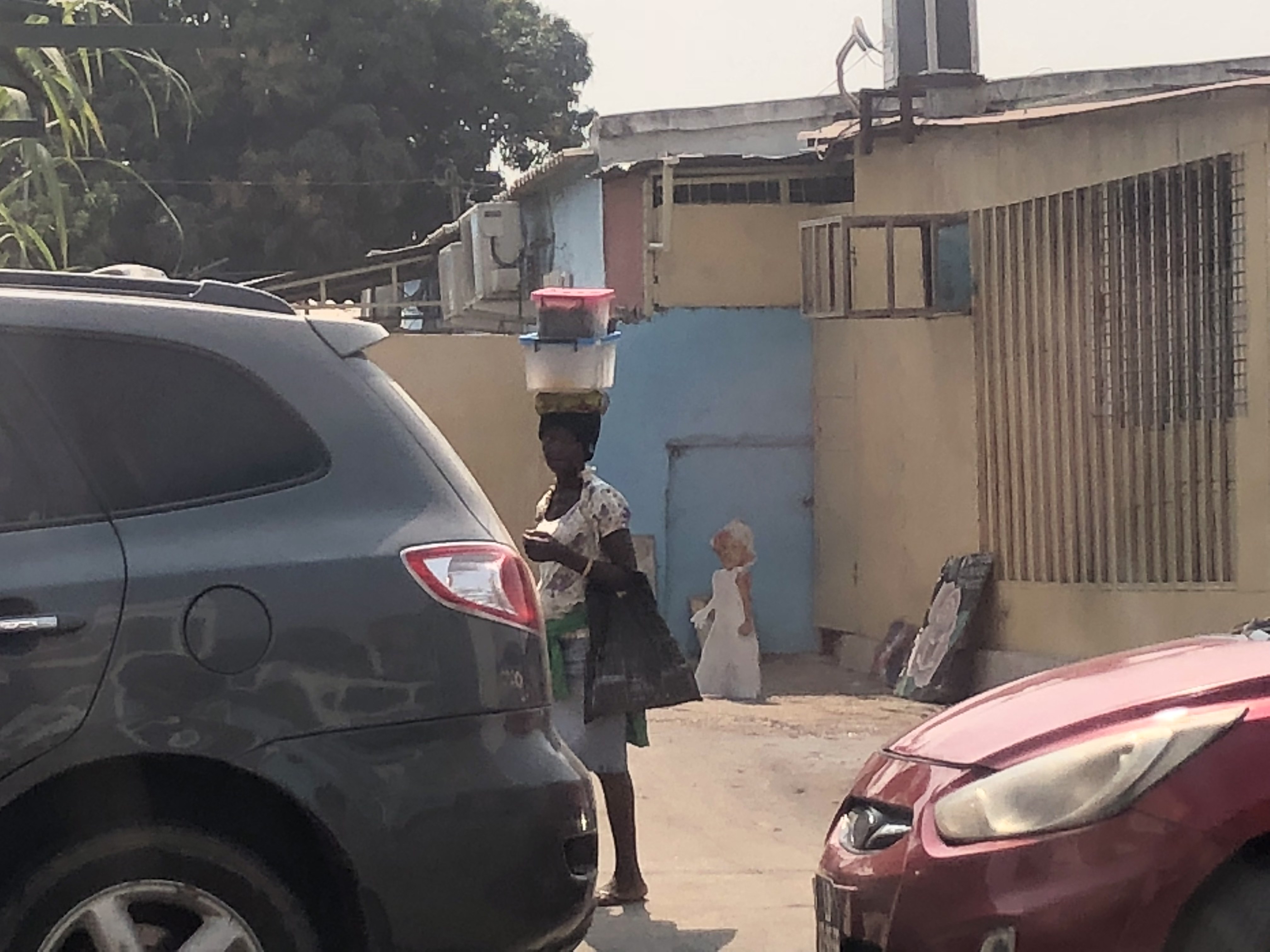 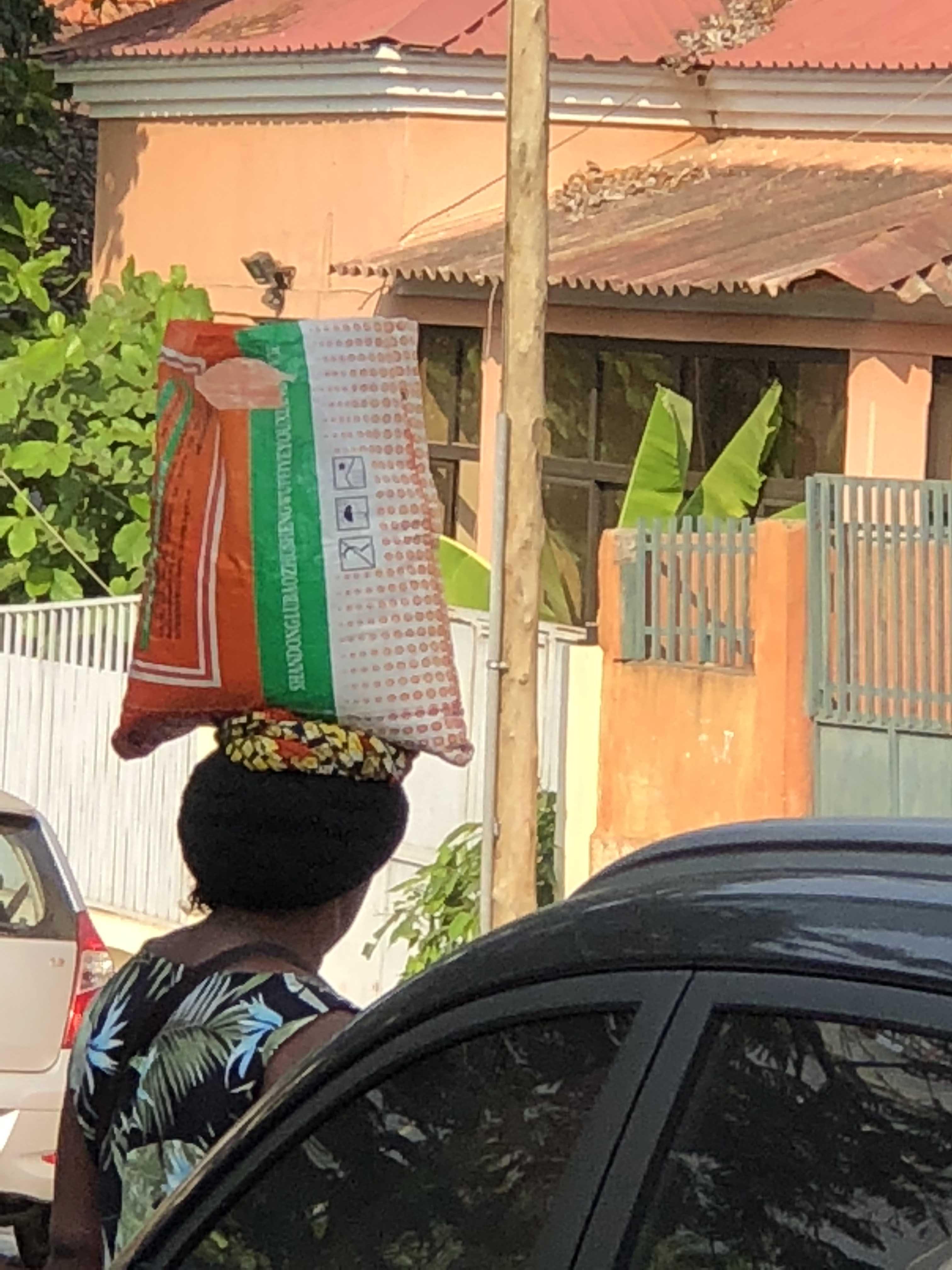 I said I’m obsessed so I’ll add one more: 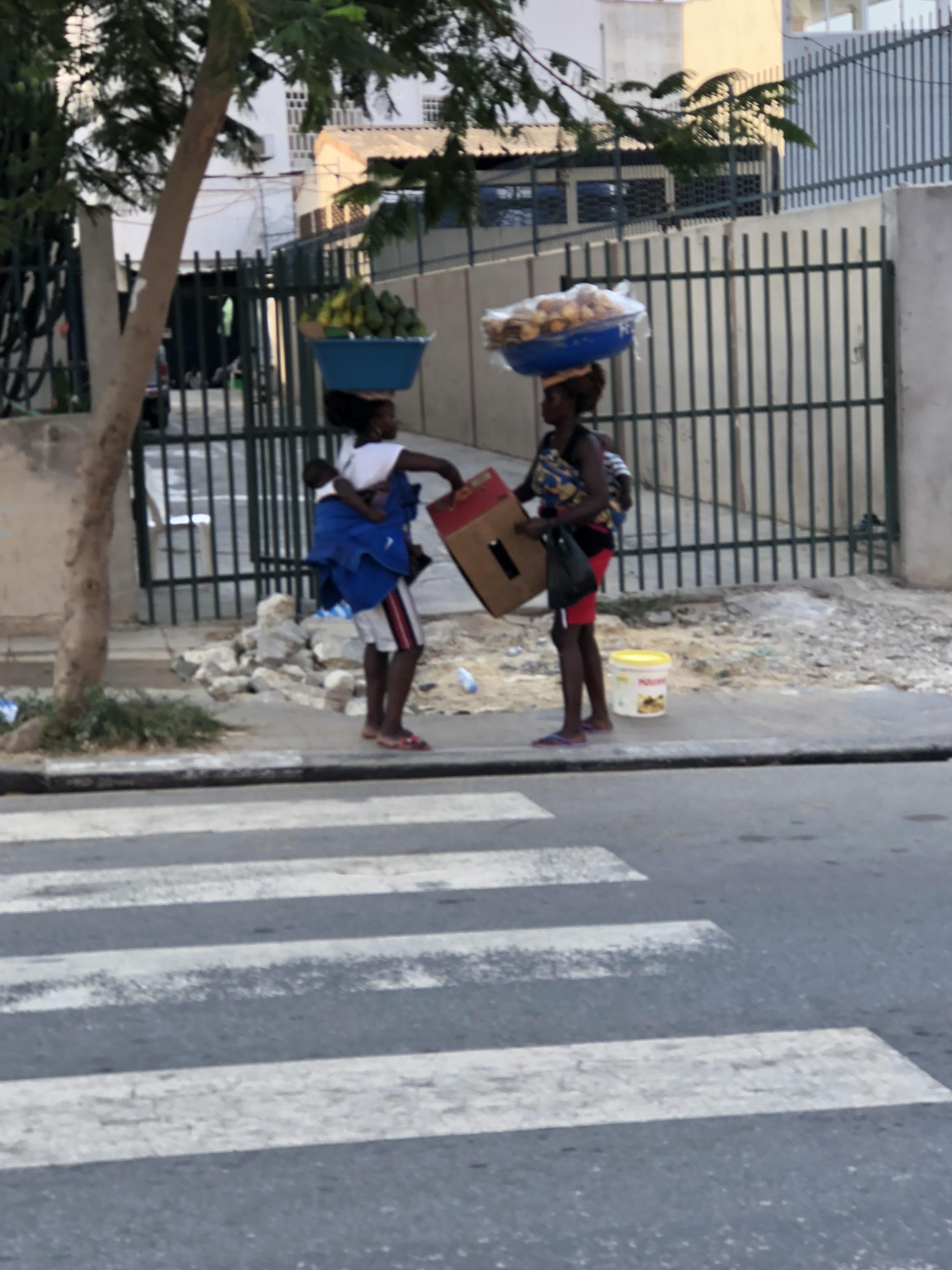 These two women have a lot going one with fruits and vegetables on their heads, babies on their backs and whatever is going to go in the box

Oh, and another. Here’s a guy I glimpsed, just to round out the picture: 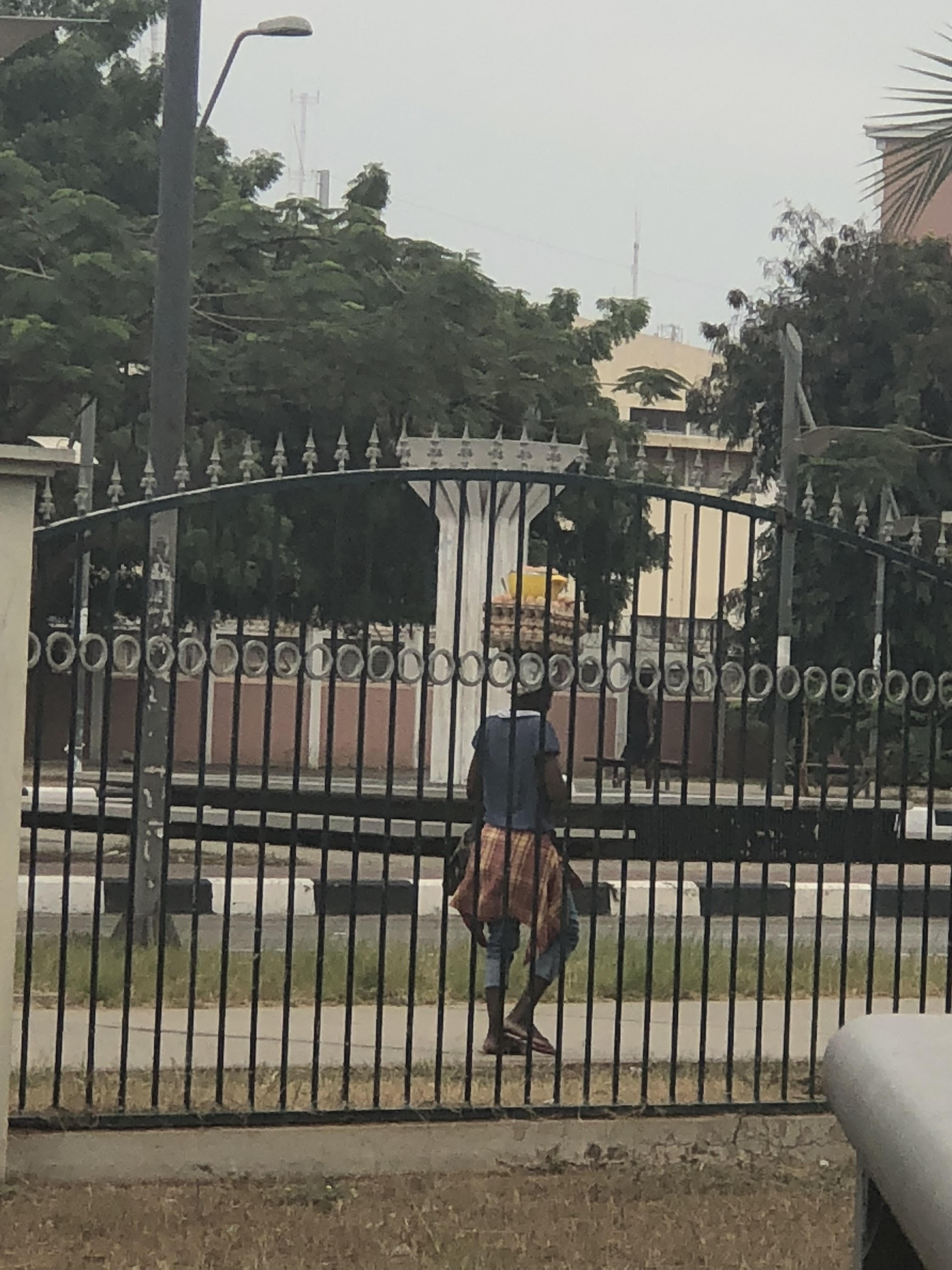 Then regular street scenes were fascinating. You’ve got this: 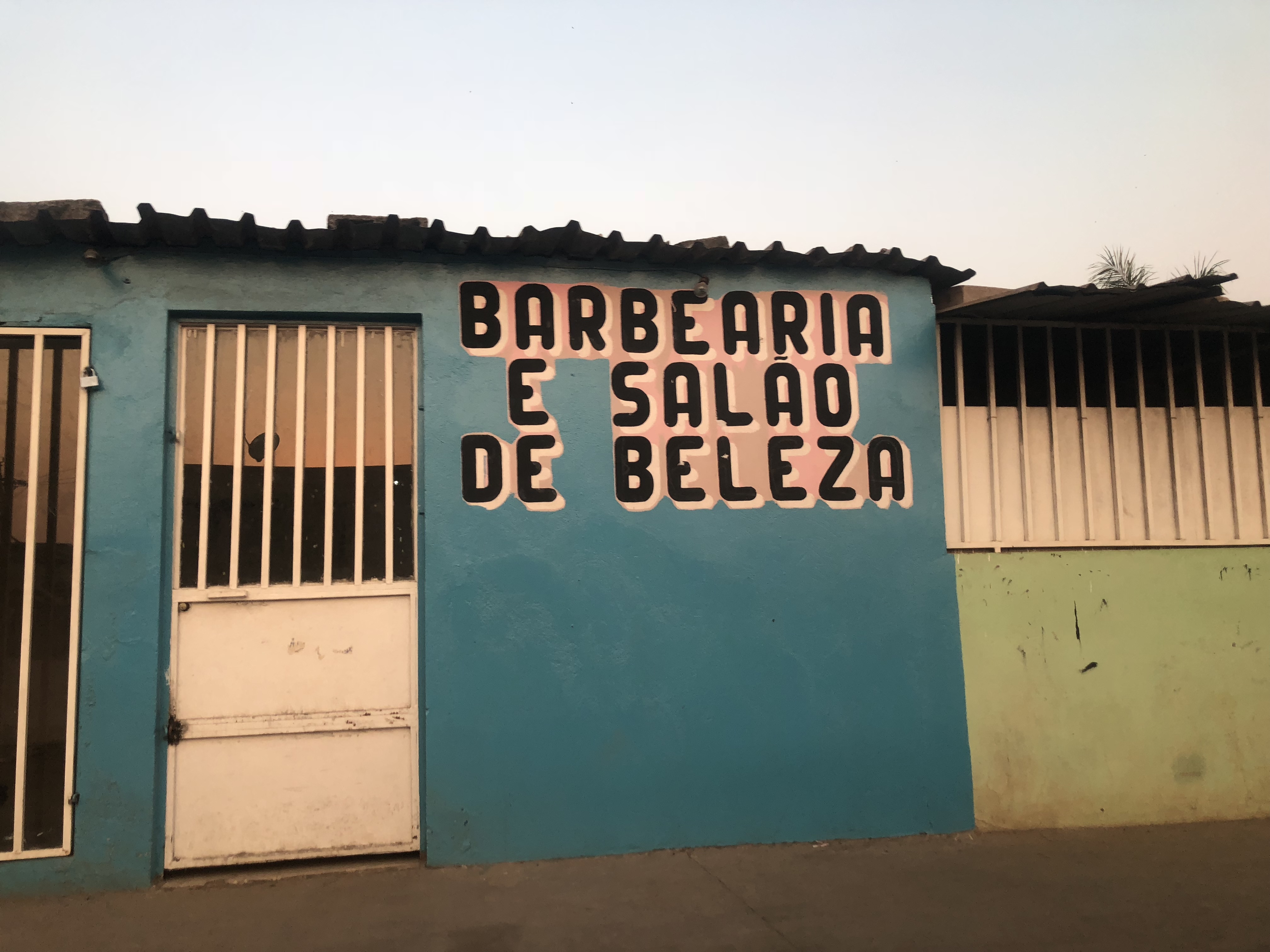 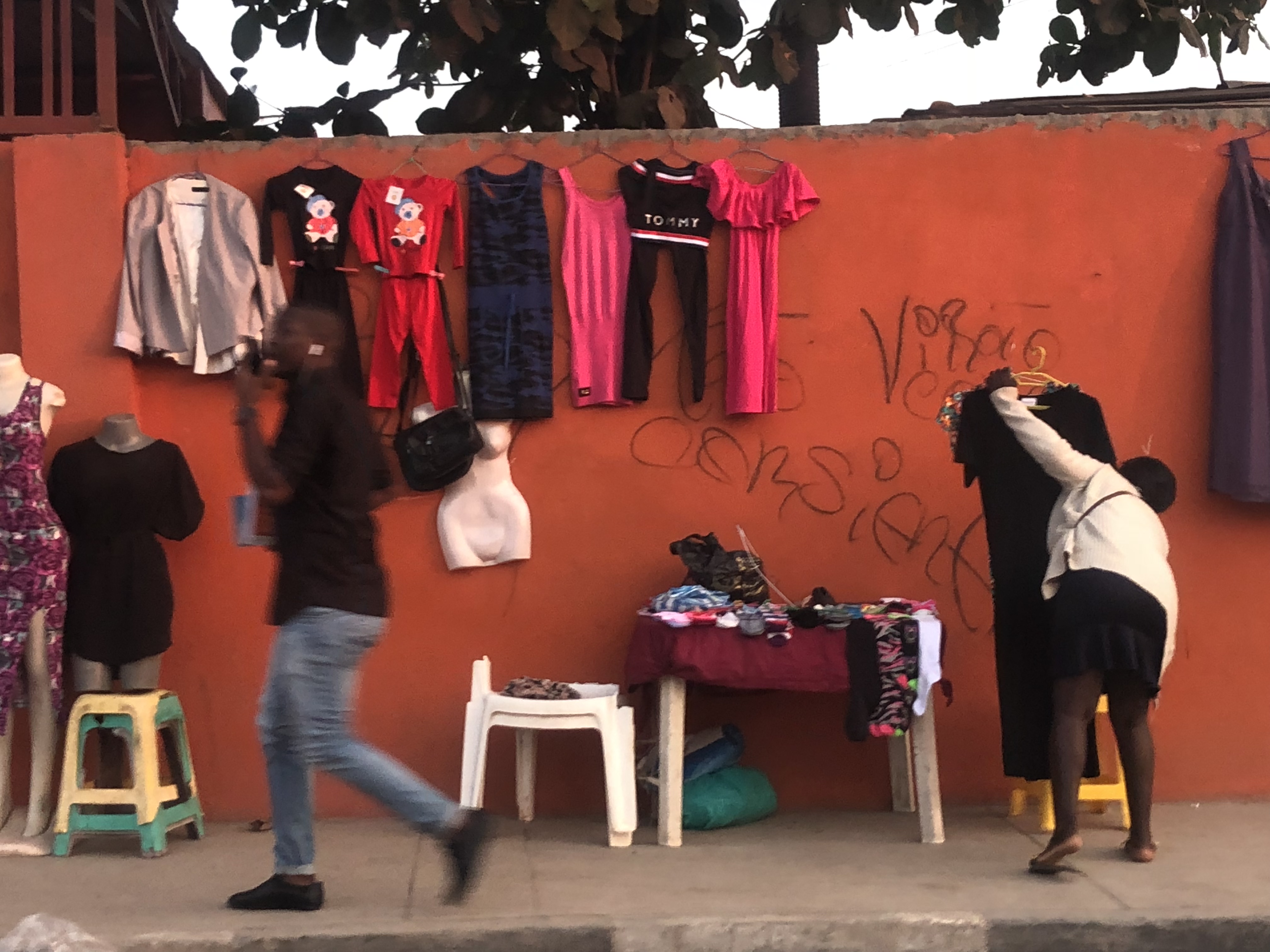 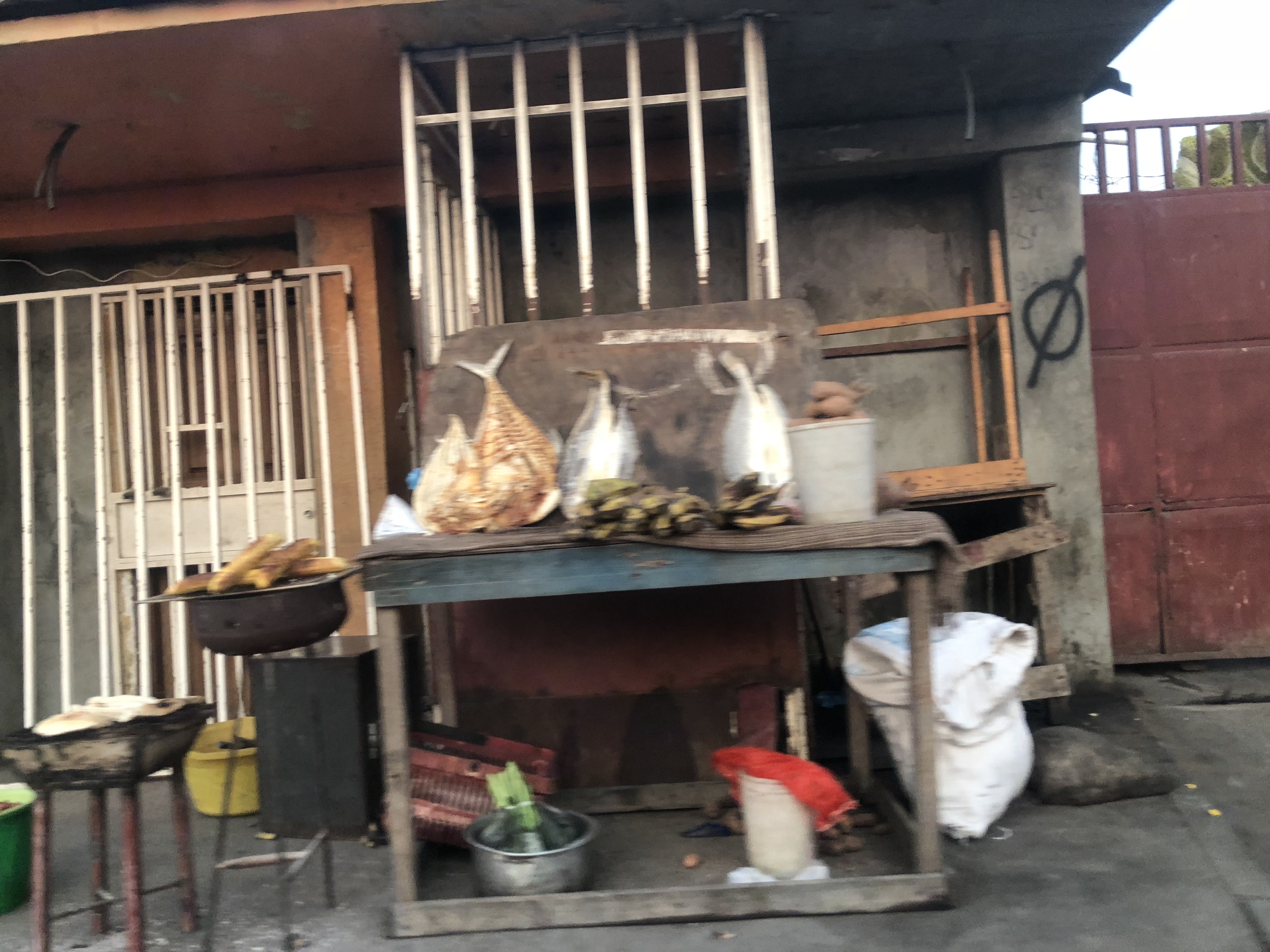 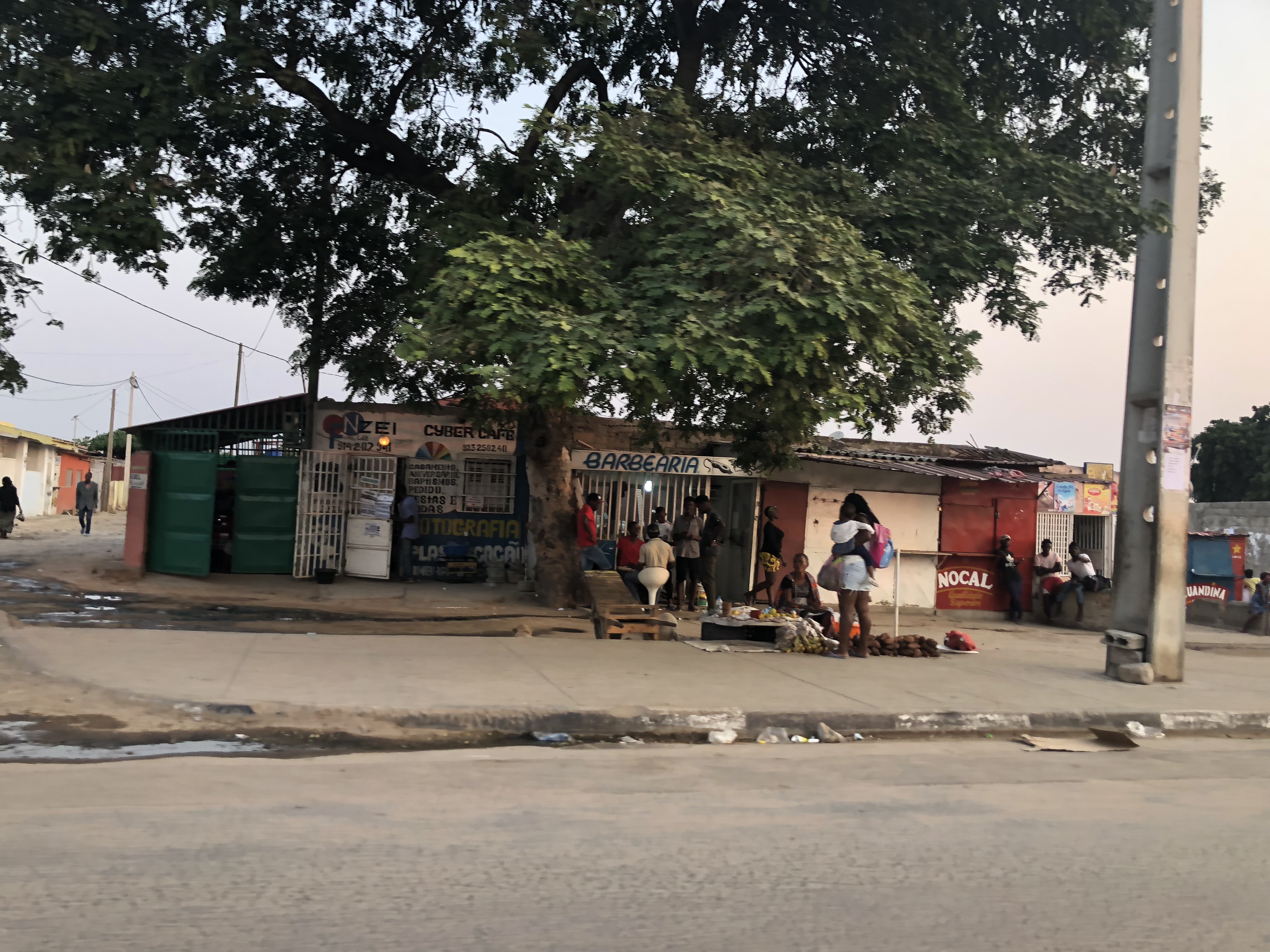 Then there’s this guy tooling through town: 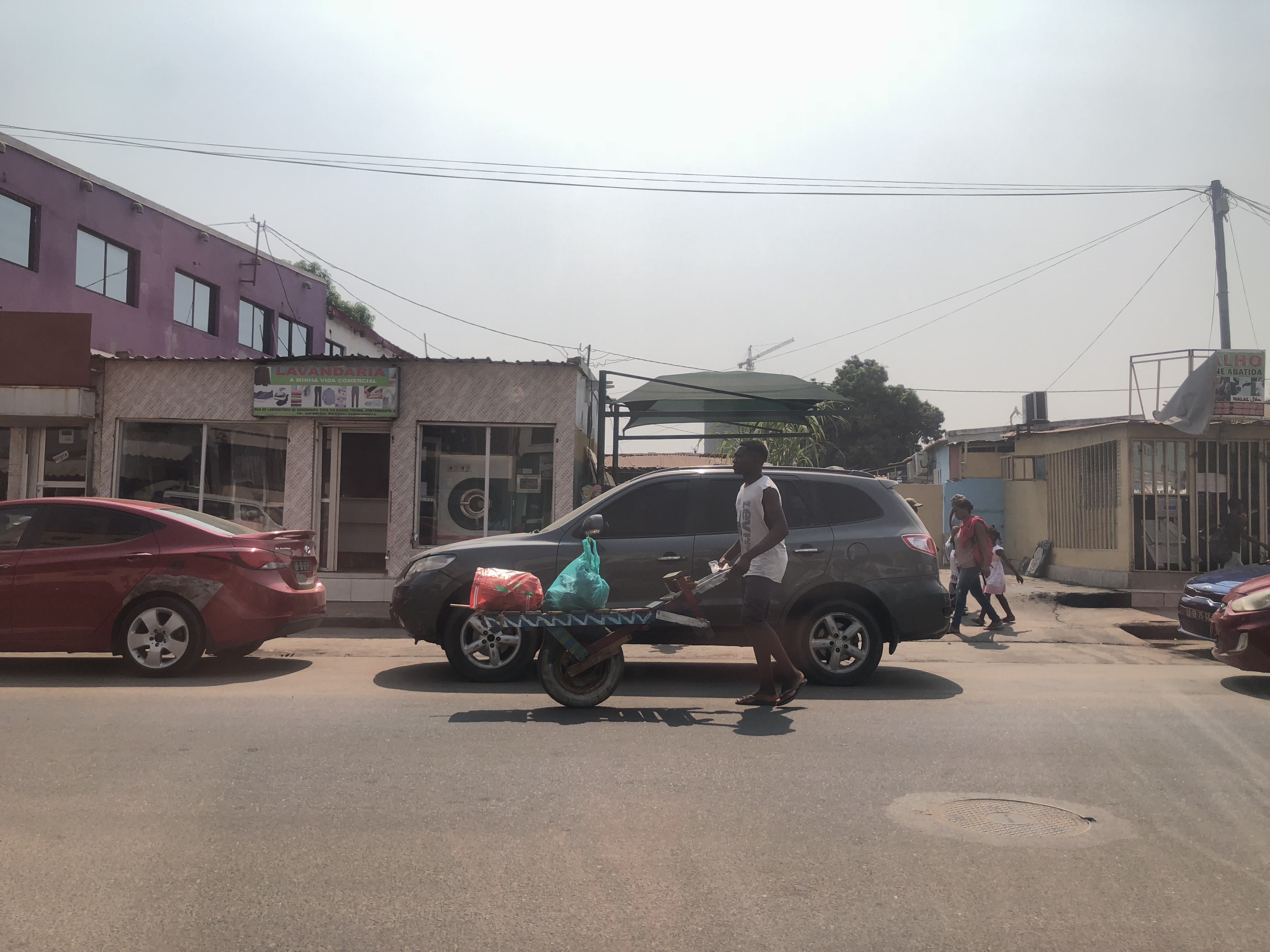 The waterfront downtown has its charms: 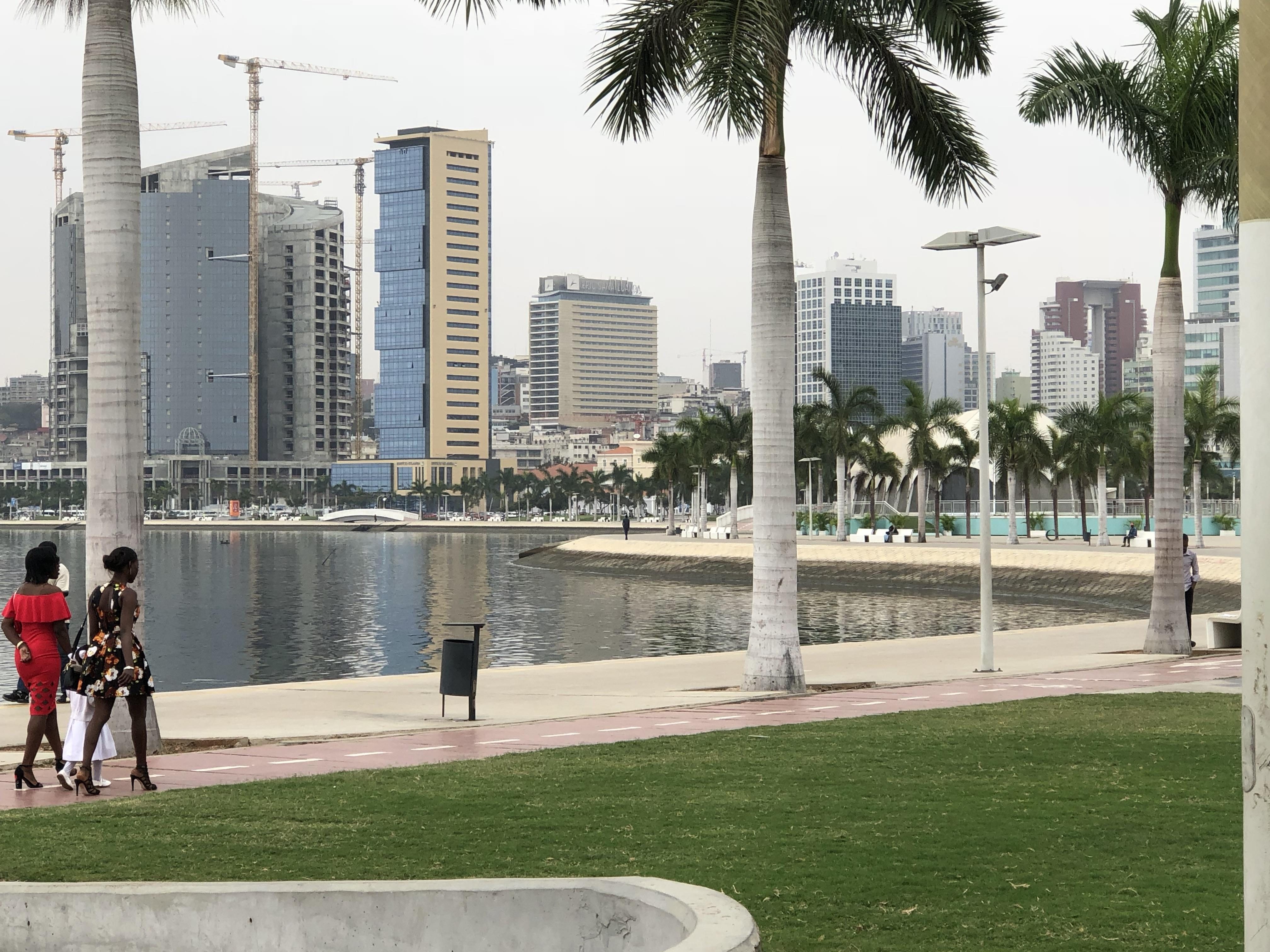 Right behind this scene on the highest point in the city is the historical Portuguese fortress, now the National Museum of Military History: 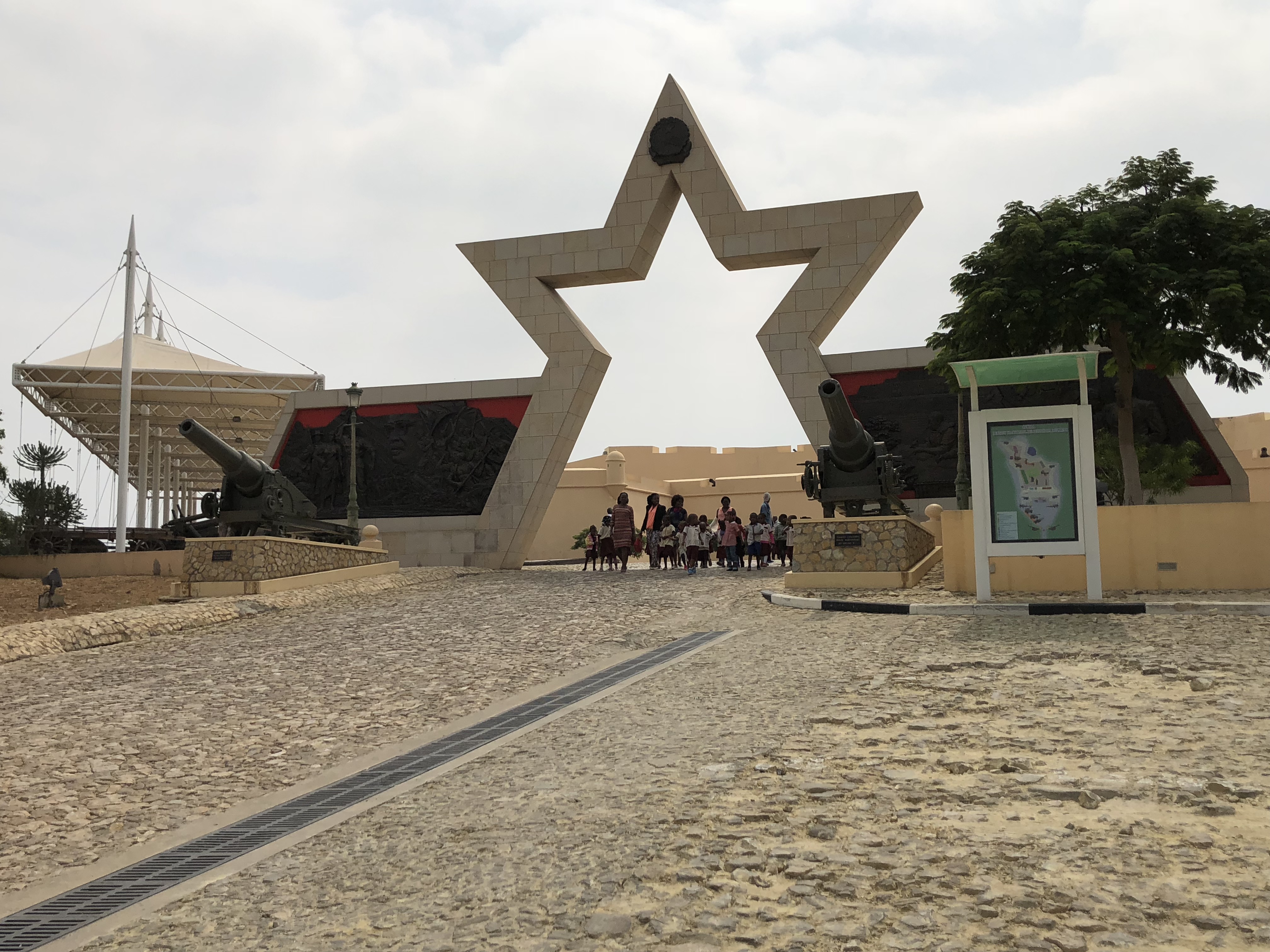 It’s got cannons among other things: 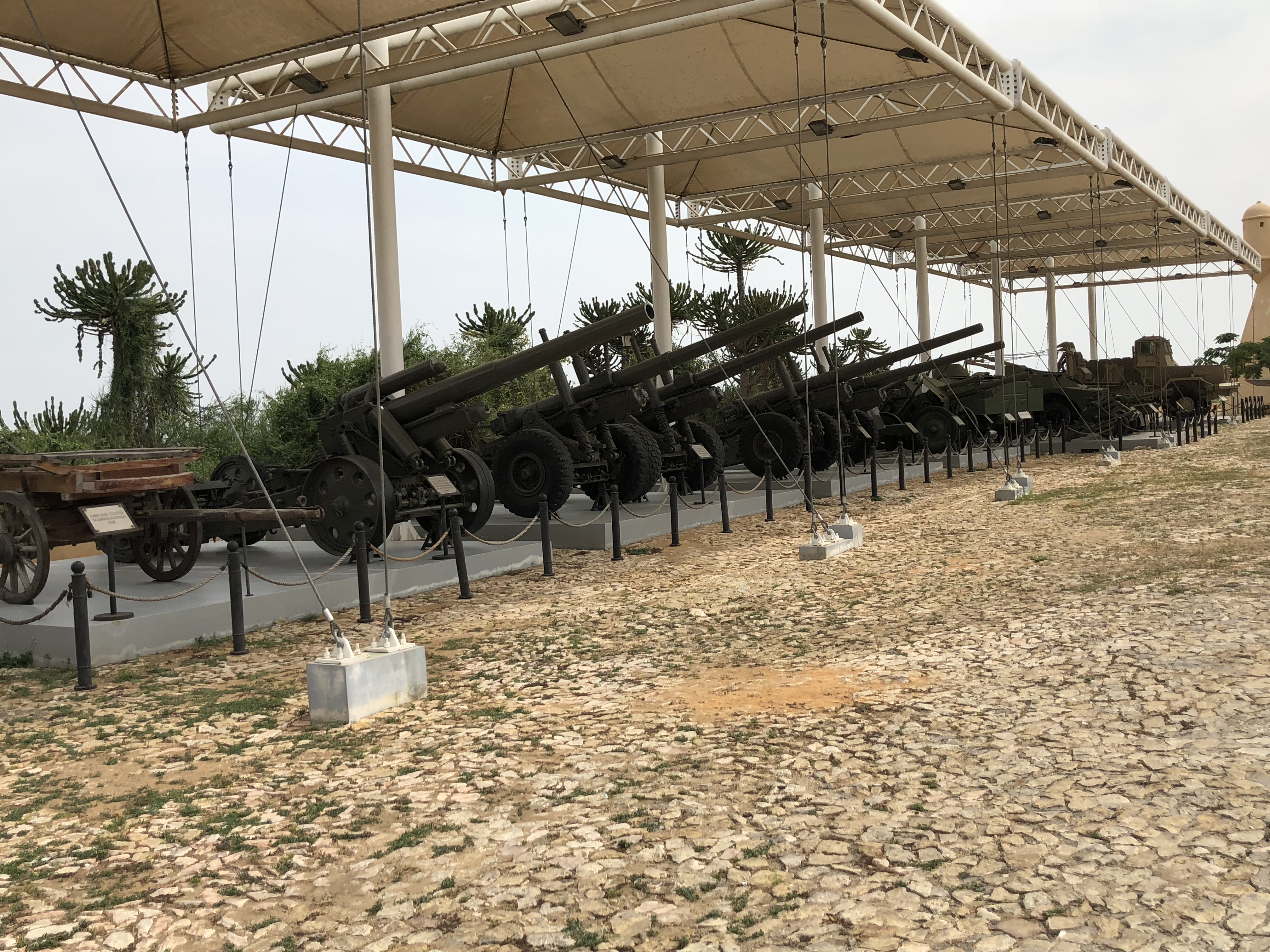 It’s a rather extensive complex: 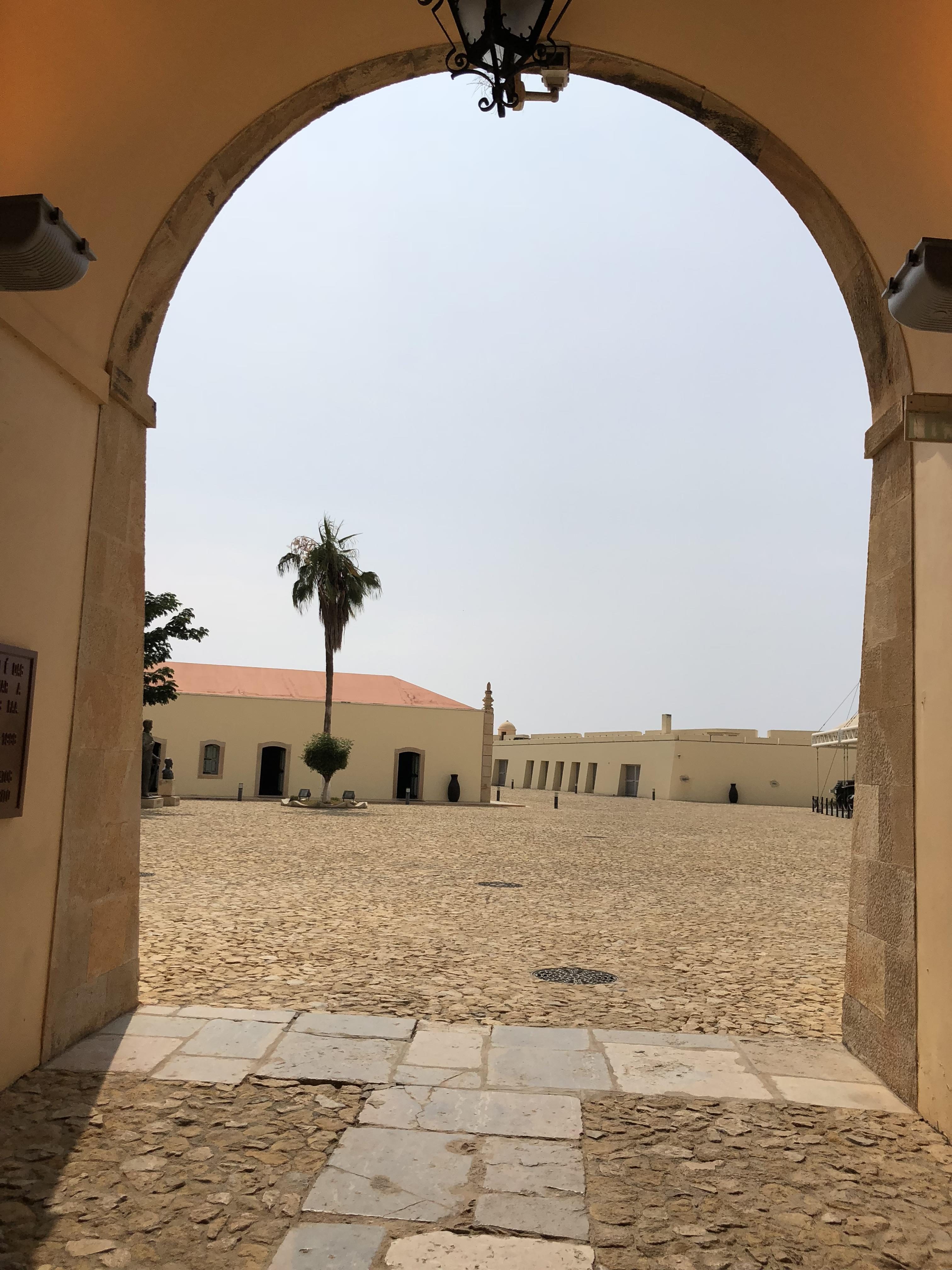 Here’s a pleasant side street off the main drag downtown at the foot of the fortress: 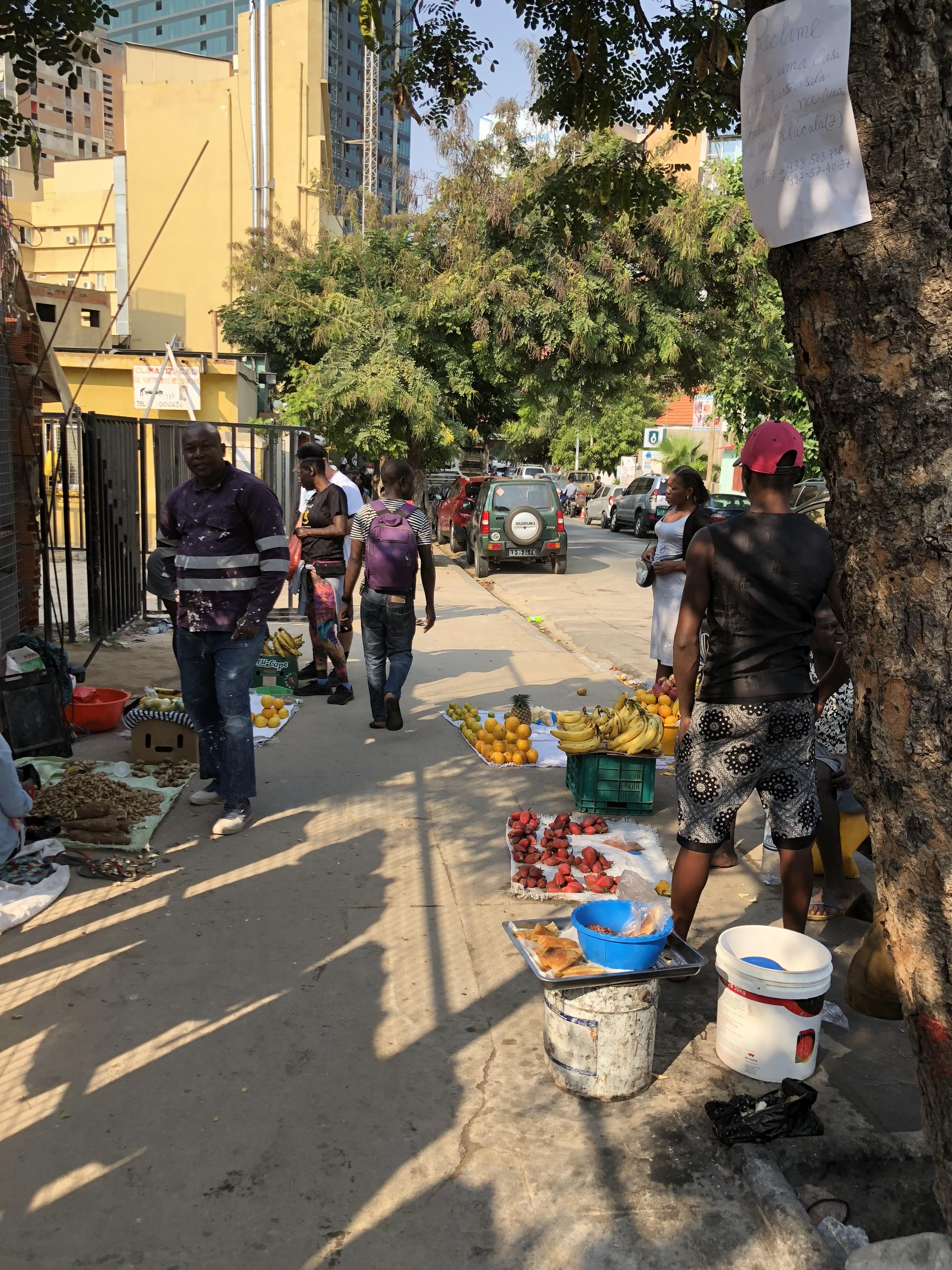 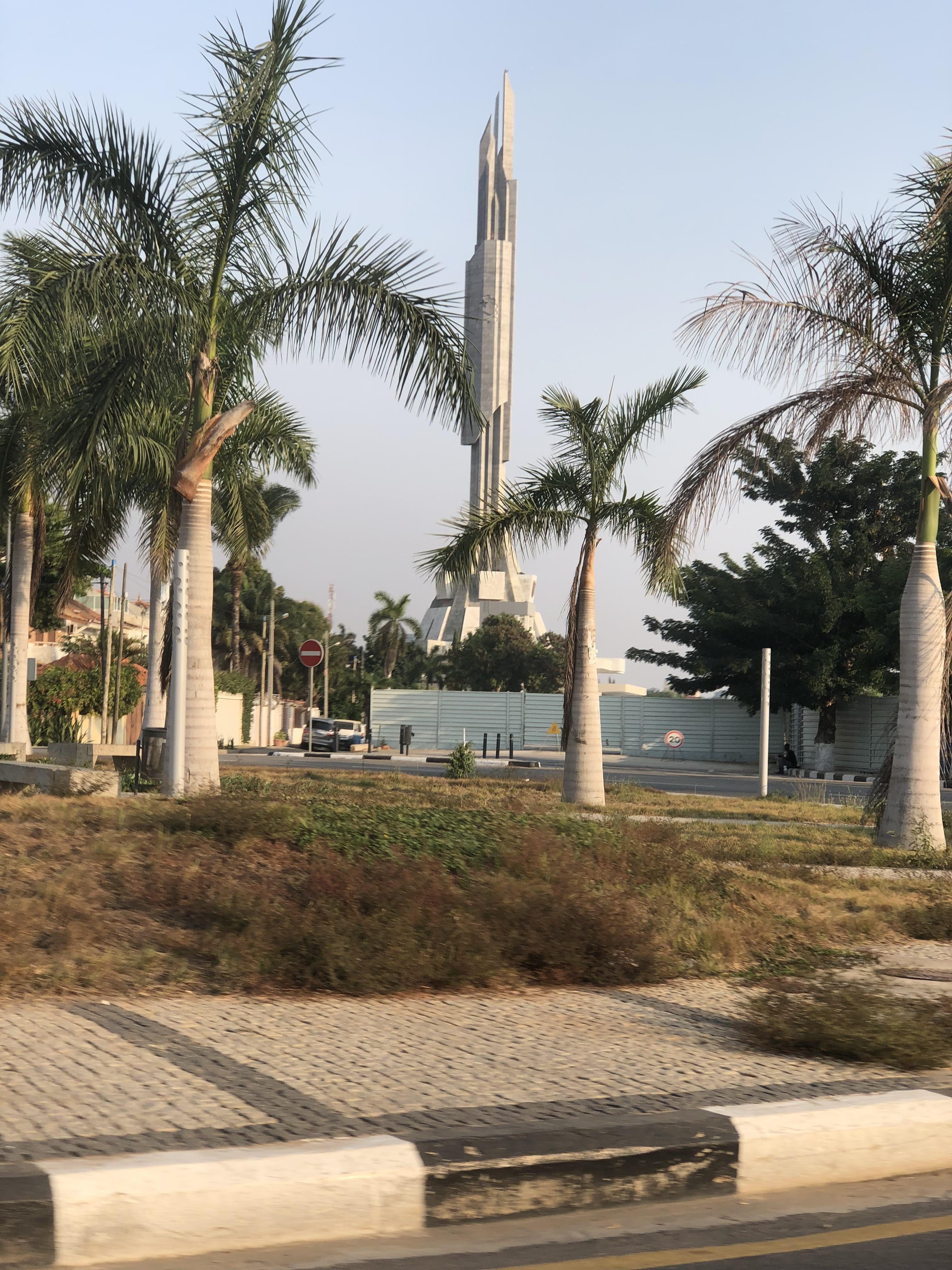 Let’s see … we were going from one end of town to the other and got off the main drive to avoid traffic and went through this neighborhood: 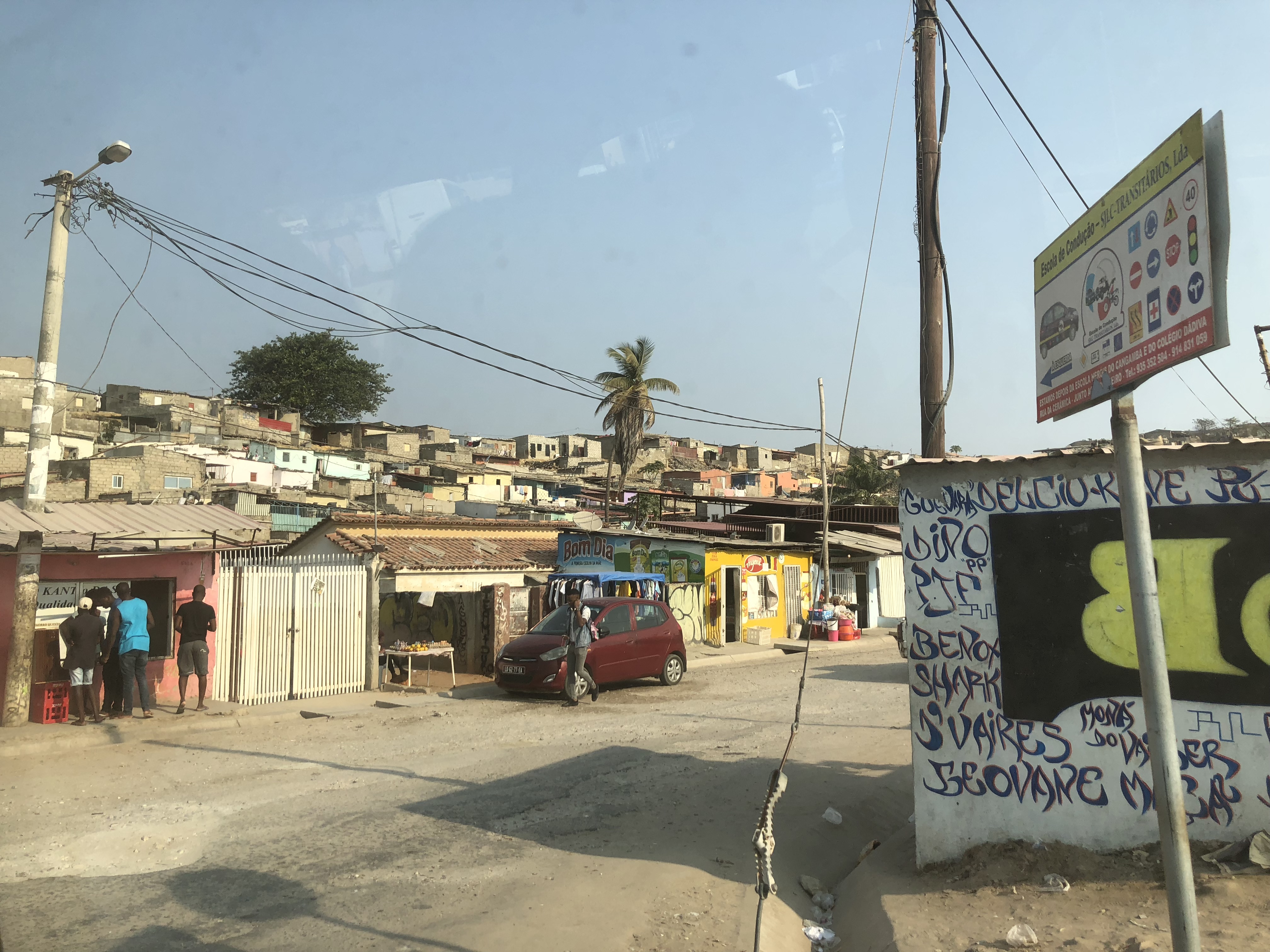 which was sometimes rough around the edges: 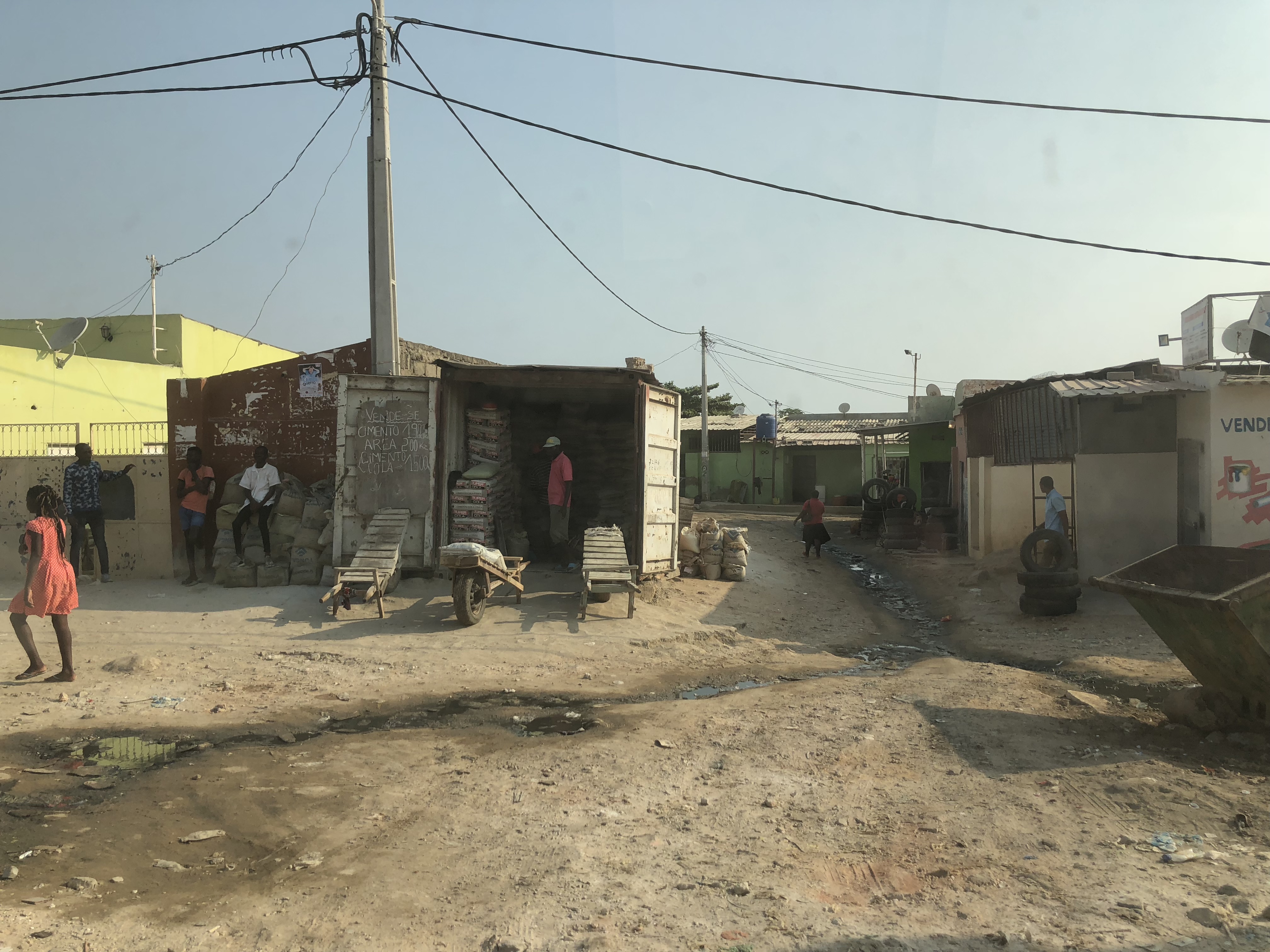 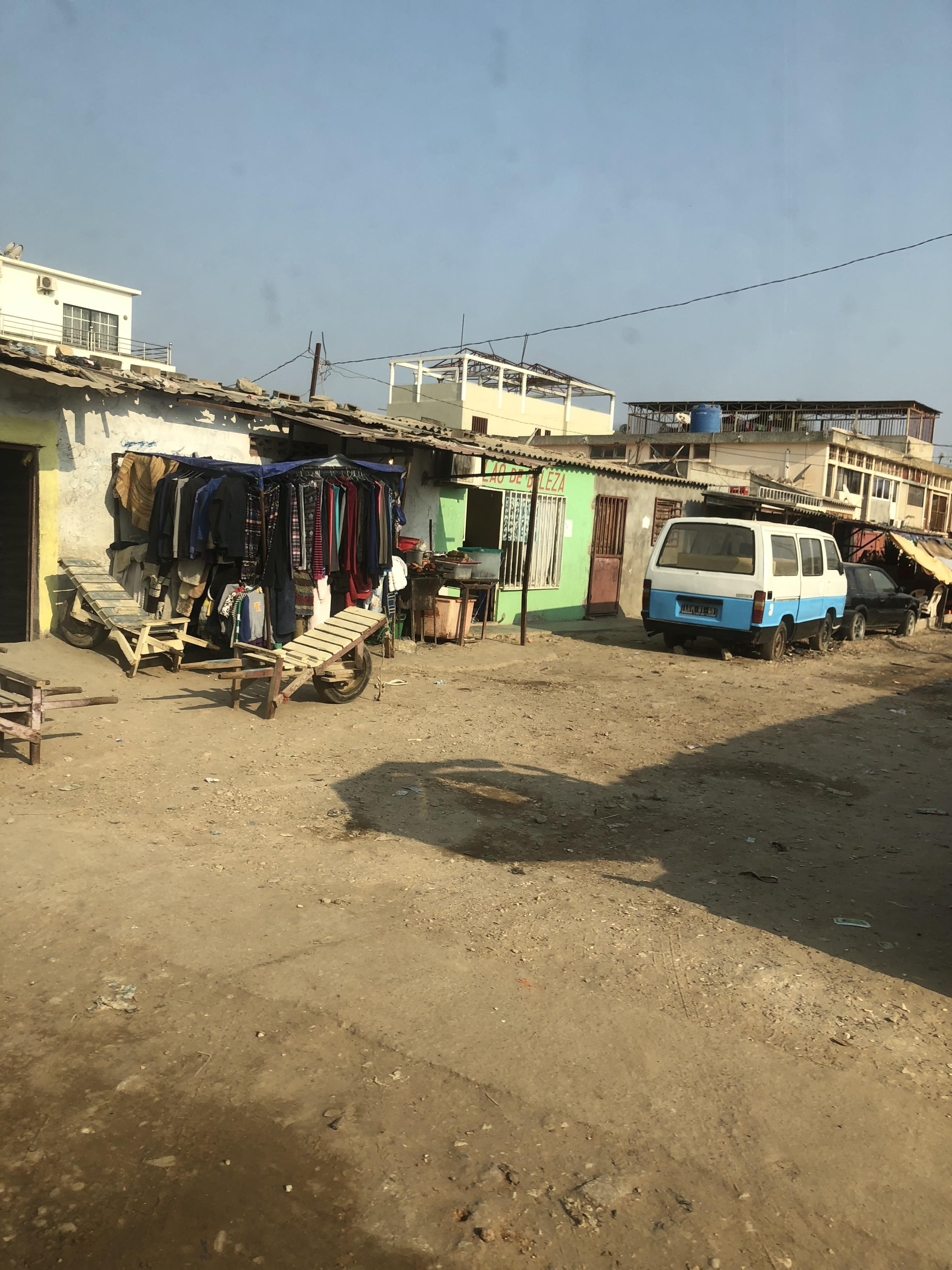 This street has its Salão de Beleza (beauty shop), the light green building

Here’s my thought: Luanda is on the ocean, and this neighborhood looks out onto it. So, just as in Rio de Janeiro, the favelas on the hillsides have the same fabulous views as the rich folk, these neighborhoods have the same good breezes as the ones in fancier neighborhoods. No spin here. Just an observation.

Moving on. If the sable antelope is one symbol of Angola, the imbondeiro tree is another: 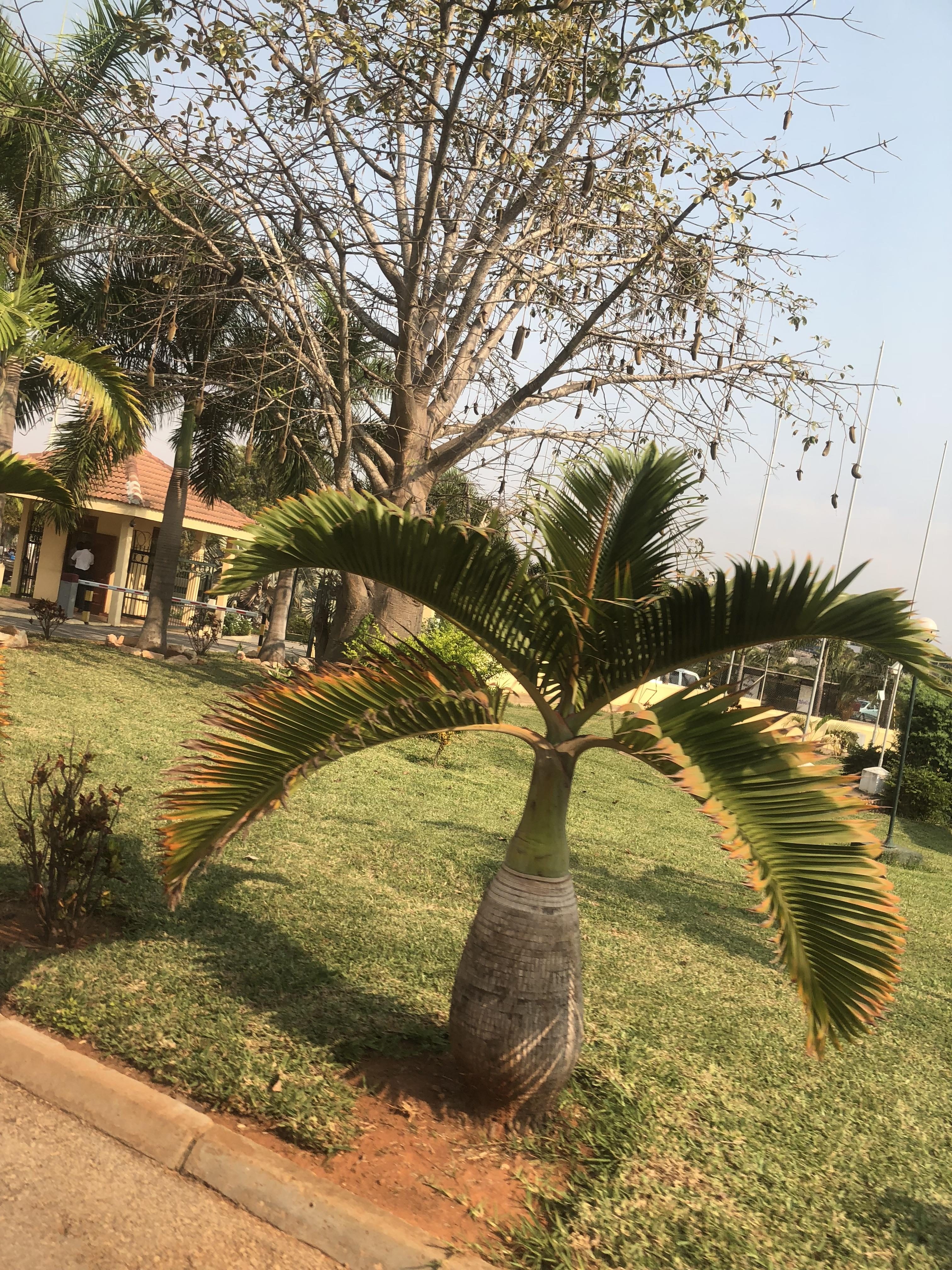 Just to be clear, the imbondeiro is not the palm in the foreground, it’s the tree with the thingies hanging down

The last thing I’ll throw at you is The Thinker, another image you see all over the country: 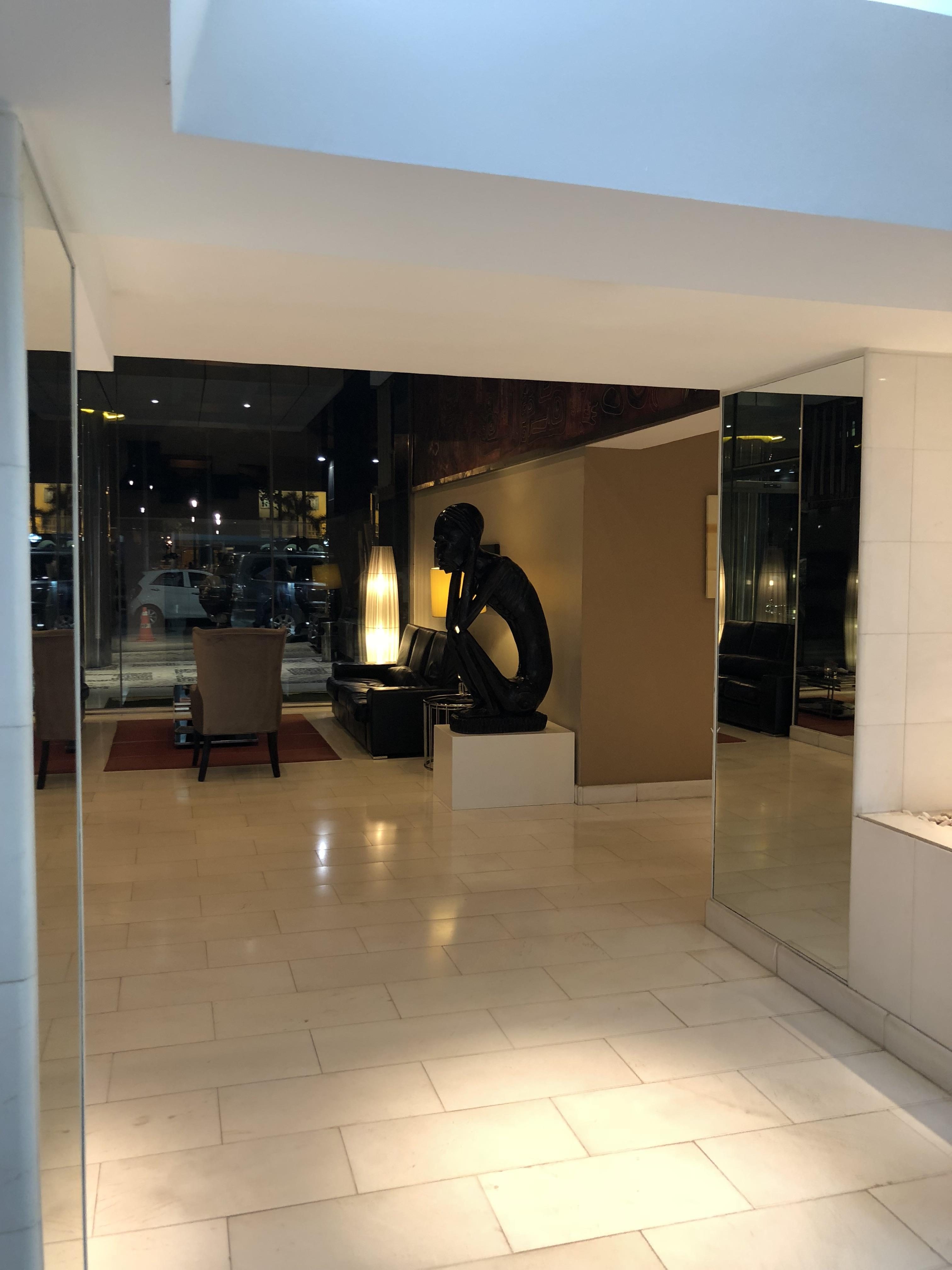