There is no more “off the beaten path.” In this era of global travel all paths are sufficiently beaten. 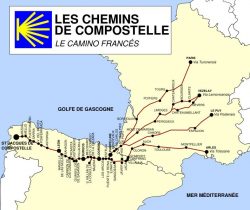 About 30 years ago I heard about the pilgrimage route known as St. Jacques de Compostelle in northern Spain. It’s a route you walk and stay at hostels along the way. I thought it might be cool to do it one day.

A few years ago I read a story about how this pilgrimage route is littered with garbage, now that so many people have made the trek. I’ve heard the same thing about Mount Everest.

Recent trips have confirmed my sense that all paths are sufficiently beaten.

In 2014 I went to Japan to visit my younger son who was living near Osaka. During our trip to Tokyo he was determined to see the tuna auction he’d heard so much about. Because room is limited you have to get up an ungodly hour and arrive at a time (3:30 am) to beat out the other tourists. We waited in a fluorescent-lit room for a couple hours with other groggy tourists before being ushered into … a rather small, tame, certainly anti-climactic auction.

Long story short: the Tokyo tuna auction was probably a cool thing to do once upon a time.

What are travelers to do if they want something other than a guidebook experience?

Off the Beaten Path Travel Tip #1:

Sign up for a language school. In Vietnam my school took a trip to the flower city of Sa Đéc in the Mekong Delta. During it we made a side trip to an orphanage. Some months later one of my teachers invited me to an orphanage outside of Saigon for children with neurological problems.

These two orphanage visits greatly impressed me and provided me with the basic plot for my Forest Breeze Series. (Relaunch: February 2020.)

Off the Beaten Path Travel Tip #2:

Travel alone. The first time I traveled alone was to Brazil. I needed (really needed) to do research on my third time-slip novel The Emerald Hour, part of which is set in Rio and Amazonas State.

On the day-trip on the Rio Negro, which intersects with the Amazon, I was the only non-Brazilian on the boat. I know French and Romanian, and these languages help with Portuguese – but only a bit. I tuned into the guide’s spiel only for limited periods because the effort to understand taxed my brain.

During the day children came up to me and wanted to talk. Their parents would come over and try to engage me in my very limited Portuguese.

What an eye-opener. I had never really thought about it before, but when you travel alone, you are unbuffered – and a curiosity.

At the end of the cruise I tuned into the guide enough to understand that he was asking my fellow travelers to give a round of applause for the American woman who had had a workout in Portuguese that day.

Fortunately, I knew enough to stand up, bow, and say Thank You in the appropriate feminine form:

Off the Beaten Path Travel Tip #3:

Have interesting friends. I figure anyone can get to Budapest. Fly in. Drive in. Where’s the challenge? But can you get there with a busload of Romanian Amway agents? I did.

Delia, one of my friends in Romania, once tried being an Amway agent. She didn’t pursue the business, but she did meet a lot of people and remained friends with them. When they had an Amway conference in Budapest, they invited her, and she invited me.

At first I was worried, knowing the bus ride would be long (at least 15 hours) and my bladder small. Not to worry. Romanians smoke. We had so many cigarette breaks I didn’t need to go to the bathroom during most of them. It was a totally loopy trip.

At the Hungarian border we were stopped for over an hour. My passport was the holdup. The border guards must have been searching every criminal database in the world, because, truly, what was an American doing in this busload of Romanian Amway agents?

Here was another time I had to stand up and address the group I was traveling with. This time it was to say:

By the time I finally got my passport back, it had become an object of great fascination, and I had to pass it around the bus. 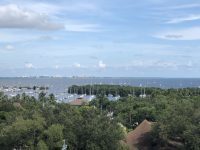