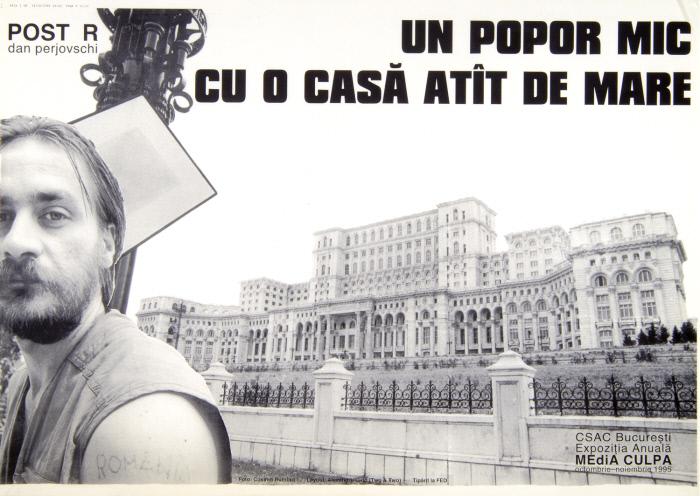 Bucharest Churches: From Mini to Massive

This blog is on Bucharest churches. However, the title image is a work from Romanian artist Dan Perjovschi with an image of Casa Poporului ‘The House of the People’ in the background and the legend ‘A Small Population With Such a Large House’ (1995). It is from the Post R collection at the Nasher Museum, Duke University, and it is a gift from Kristine Stiles. This is my second use of a Perjovschi poster as a title image.

Some stats: Casa Poporului was begun in 1984 under orders from dictator Nicolae Ceaușescu (1918-1989) and was completed in 1997. It is the second largest administrative building in the world in area after the Pentagon, and it is the third largest in volume after Cape Canaveral and the Great Pyramid in Egypt. After the fall of communism, it was renamed Casa Parlamentului ‘House of Parliament.’ Romanians sometimes call it the Korean Wedding Cake, because Ceaușescu incubated the idea for such a structure and surrounding complex after his visit to Pyongyang in 1971.

It’s impossible to capture its size in a photo. Watch the first couple of minutes of this video. The narrator tells you, among other things, that it has 9 subterranean floors and is the heaviest building in the world.

Weirdly, the first person to stand on its main balcony overlooking Bulevardul Unirii to address a crowd was … Michael Jackson in 1996. Legend has it that he screwed up big-time by yelling, “I love you, Budapest!” However, in this video of MJ on that balcony, I don’t hear him make the infamous slip. By the way, the banner MICHAEL TE IUBIM reads ‘Michael, we love you.’

Casa Poporului happens to be in Sector 5 of the city, and when I went to a civil wedding ceremony at the primărie ‘city hall’ for Sector 5 a couple of weeks ago, there it was:

All right. You needed this background in order to understand Bucharest churches, that is, one church in particular.

The Romanian population is 81% Eastern Orthodox Christian. Here is a perfect example of a Romanian biserica ‘church.’ I took this picture when I went to the religious wedding ceremony, which came two days after the civil ceremony at city hall:

The man is sweeping up from the previous wedding. I’m standing about 10 – 15 feet away from the entrance, which I mention to give you an idea of the length

There is limited built-in seating on the sides (which I didn’t photograph), but you can see some chairs, which are modern additions. There are no pews in Orthodox churches. People stand for ceremonies. The one I attended was about 50 minutes long.

What you see, above, is the entire space for the public. At the far end there is the opening for the priests to enter. I have no idea how big their space is, but here they come:

A total of 5 priests presided over this wedding. Impressive!

Here’s another church in a neighborhood I often hang out in.

I’ve given you a side view to give you a sense of size. Here it is from the front:

The immediate point to make is that Orthodox churches are, on the whole, small, and Bucharest is dotted with them.

On occasion you see larger churches that are duly called cathedrals. Here’s an example that caught my eye the other day:

On the other side of town is this:

Catedrala Cașin is sometimes referred to as a monastery. It’s on Bulevardul Mărăști 16

So that’s the visual landscape for churches/cathedrals I have in my head for Bucharest, and I had no reason to think I would write about them.

But then I saw something new…

It’s the Catedrala Mânturirii Neamului ‘The Cathedral of the Salvation of the People’ and more commonly called Catedrala Neamului. And, yes, that’s Casa Poporului in the background. (Popor and neam are both words for ‘people’.)

I decided to write about it only because its massive size was so visually startling to me. I had heard about it, but I’d never had any reason to go see it, and I happened on it the other day only by accident. The low stone wall you see in front surrounds the grounds of Casa Poporului, making the cathedral appropriately placed, I suppose.

Again, one picture can’t capture its size, so here’s the architect’s overview of what it will be when finished: 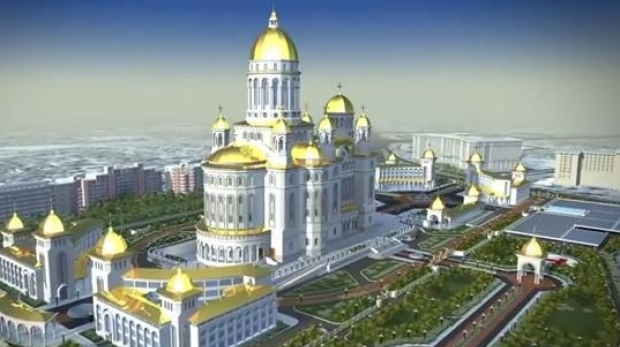 It will be the largest Orthodox church in the world in terms of area, volume, weight and height

The rationale against the project is that the government money (€400 million for the cathedral + courtyard) would be better spent on schools and hospitals. The rationale for it is that it’s an investment in the future in that it provides a place where large, solemn public occasions can be held. One does not currently exist.

Because I’m not Romanian, it isn’t right for me to opine about the project, although I do wonder about it and Perjovschi’s poster did come to mind. However, I can say that in its neighborhood, even unfinished, the cathedral looms. 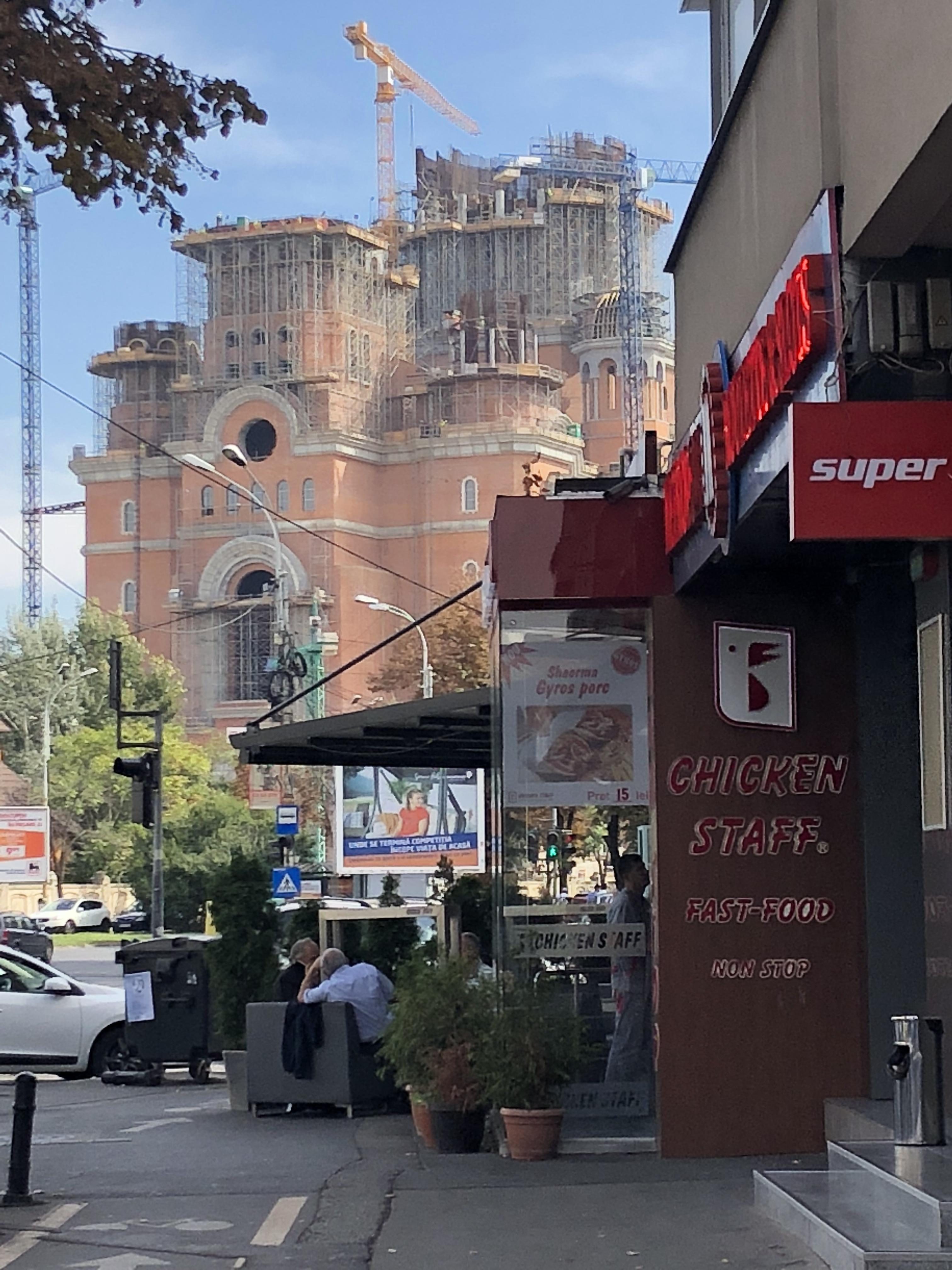