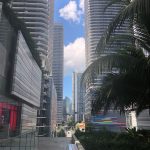 My first week of teaching at Florida International University just ended. Now to explore my Miami neighborhood: Brickell. I chose to hang out here for a couple of weeks. You know, fancy Miami. While I find a more permanent place to live for the semester. I had expected a more... read more 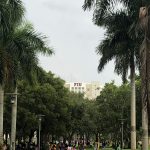 My around-the-world trip is over, but the adventures continue. Yesterday I began teaching at Florida International University – known as FIU – in Miami. My first course was “Languages and Cultures of the World.” The students were bright and interested, and I was delighted to be back in the classroom... read more 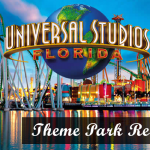 Hot tip: If you want to go to a theme park in Orlando and avoid massive crowds, then go on a Wednesday in May. I went to Universal Orlando May is an off month, I’ve been told, in that it comes after spring break and before school lets out for... read more 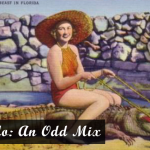 Beauty and the Beast, as apt a metaphor for Orlando, Florida as I can think of at the moment The first book in my new shapeshifter series is Buy Me Love, and it will be available at Amazon, Barnes & Noble, Google Play Books and Kobo on May 11. On... read more 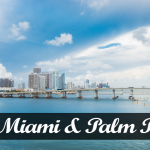 The second-to-last stops on our Southeast Coast Road Trip were Miami and Palm Beach, Florida. I skipped right over this part of the trip and wrote all about Cuba, but I wanted to make sure I shared about this part of our journey too. We stayed two nights in Coconut Grove.... read more 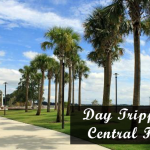 February 28, 2017 9:00 am Published by Julie Tetel Andresen Leave your thoughts

Take a morning walk along the St. John’s River in Sanford, an easy 30-minute drive north of Orlando in Central Florida On our road trip from Charlotte NC to Miami, the third stop (after Charleston and Savannah) was St. Augustine, Florida. Established in 1565, it’s the oldest continuously settled city... read more 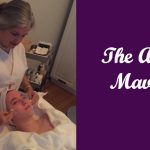 November 11, 2016 10:30 am Published by Julie Tetel Andresen Leave your thoughts

Title Image: Gail Kent, founder of T-Secret, giving a facial The best secret in Orlando, Florida is Tamahra’s Secret, aka T-Secret, a skin care salon in College Park. It’s not Orlando’s best kept secret, by any means, because it is widely known both locally and nationally and, indeed, clients fly... read more 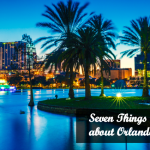 November 8, 2016 9:00 am Published by Julie Tetel Andresen Leave your thoughts

For the past 10+ years I’ve owned property in Orlando, Florida. People are often surprised when I tell them how much I like the city. The surprise – which is maybe more like confusion – arises from the fact that downtown Orlando is about 15 miles away from downtown Disney.... read more