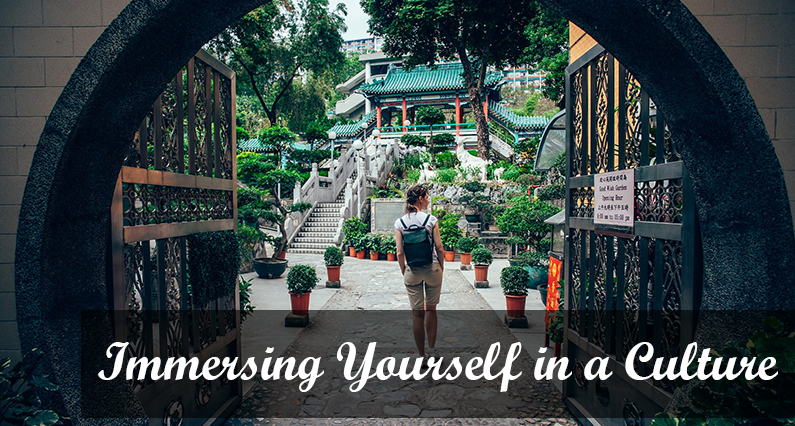 There is only one way to achieve cultural immersion: you have to make an effort to learn the language. Any effort less than learning the language is not immersion. It’s floating on the surface.

Sure, you can get to know locals and converse with them in English. You can ask them all you want about their lives, but all the information they give you will be in their effort to meet you on your terms, and they’ll probably do it imperfectly at that. So, then, what will you really know in the end?

It’s also the case that your effort to learn the language will be imperfect, but the key difference is that you’re making your effort to adjust to them on their terms in their environment. Anyway, the goal isn’t perfection. It’s cultural immersion. I guarantee you: you’ll get lots and lots of stuff wrong. But you’ll also get a whole lot out of correcting your mistakes.

When I was in Vietnam for six months learning Vietnamese, I met a fellow student at my language school, a Japanese man who had taught Japanese in Australia for 20 years. He said that good language learners have 3 qualities:

-They are risk takers.
-They can tolerate ambiguity.
-They are not worried about making fools of themselves.

The realization is really very liberating. 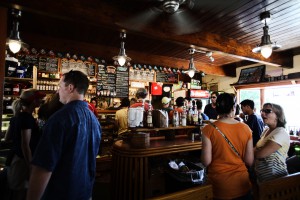 Here’s the thing: when you’re in a foreign country and you’re making an effort to learn the language, people tend to like it and respect you for your effort. They’re also likely to help you in your effort.

Important trick if you’re going for cultural immersion: in many places in the world try to avoid being pegged as an English-speaker. Otherwise people will likely want to practice their English with you.

I figured that out really quickly when I went to Romania for a year to learn Romanian. When people heard my accent they immediately wanted to speak English. I would reply, in Romanian, “I’m sorry. I don’t speak English. I’m French.”

While I was there I shopped at a particular stationery story. Toward the end of my time I was in the store ordering something. An older woman was standing next to me, listening to me. After I finished, she turned to the shopkeeper and said, in reference to me, “She’s not Romanian.”

The shopkeeper replied, “No, she’s French.”

I left the shop with my new notebook thinking, “Dang! Some imaginary French woman is getting all the credit for my hard work learning Romanian!”

Odd final note: My experience in the stationery store is not the only time in Romania that I’ve been speaking Romanian in a store, and a customer and the shopkeeper comment to one another that I am not Romanian. I am never included in this commentary. I always want to say, “Hey I’m standing right here, and I can obviously understand you.” But I don’t. I think they are moved to comment by the novelty of hearing a non-Romanian speak Romanian.

Cultural immersion is weird and wonderful and just tons of fun.