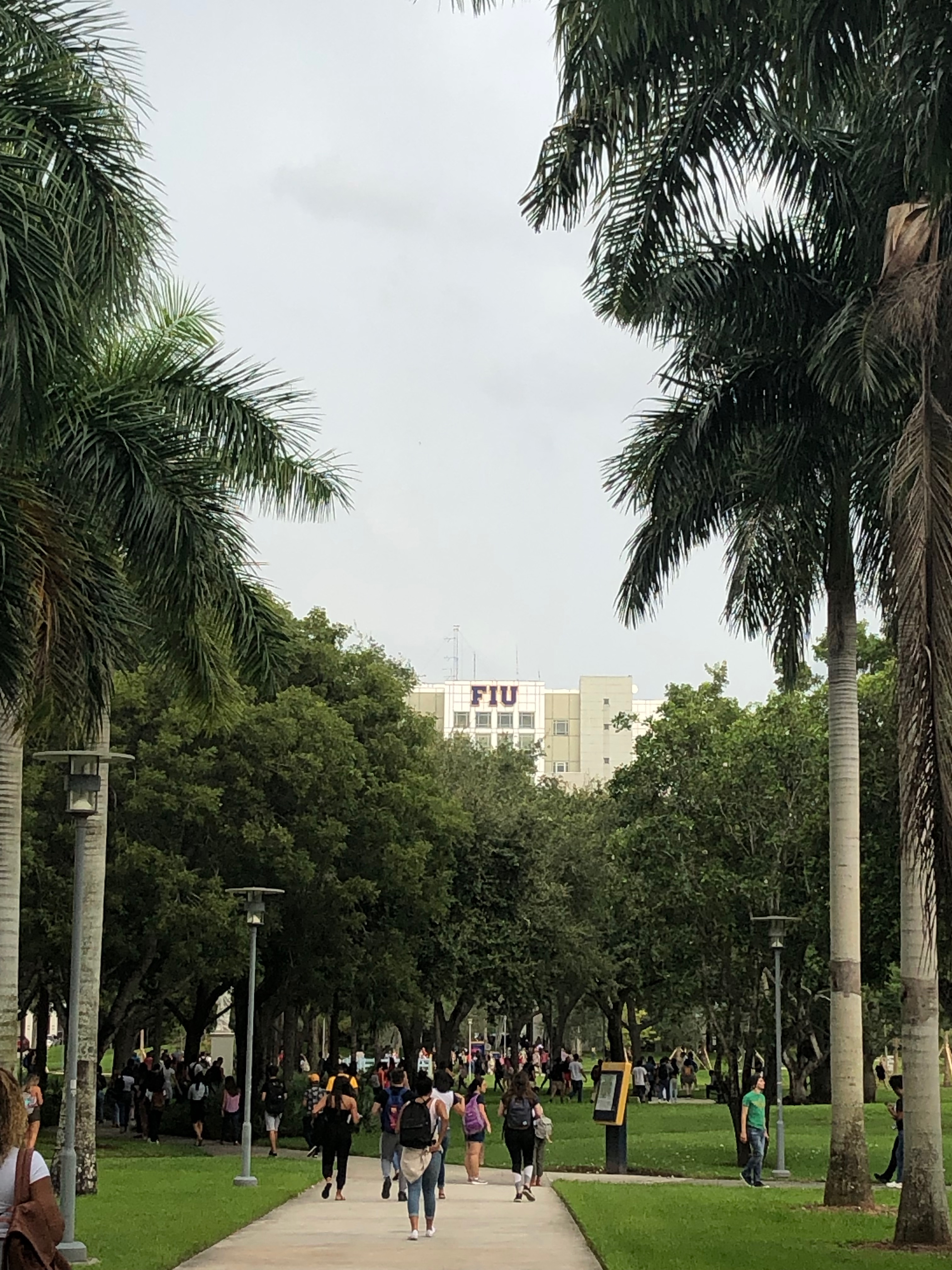 My around-the-world trip is over, but the adventures continue. Yesterday I began teaching at Florida International University – known as FIU – in Miami. My first course was “Languages and Cultures of the World.” The students were bright and interested, and I was delighted to be back in the classroom with them.

The title image is of the rather grand entrance to the university library, with the royal palms lining the walkway and the navy-and-gold FIU logo. Because I just got back from Romania last week, I continue to see fiu as the Romanian word for ‘son.’ But over time, I’m sure I’ll wrap my brain around Florida International University.

Similarly, I first saw the food truck, below, from afar and didn’t see the apostrophe. I thought, “How weird. What is the Romanian word for ‘smell’ (miros) doing on a truck?” Then I realized it was someone’s name. I’ll adjust. 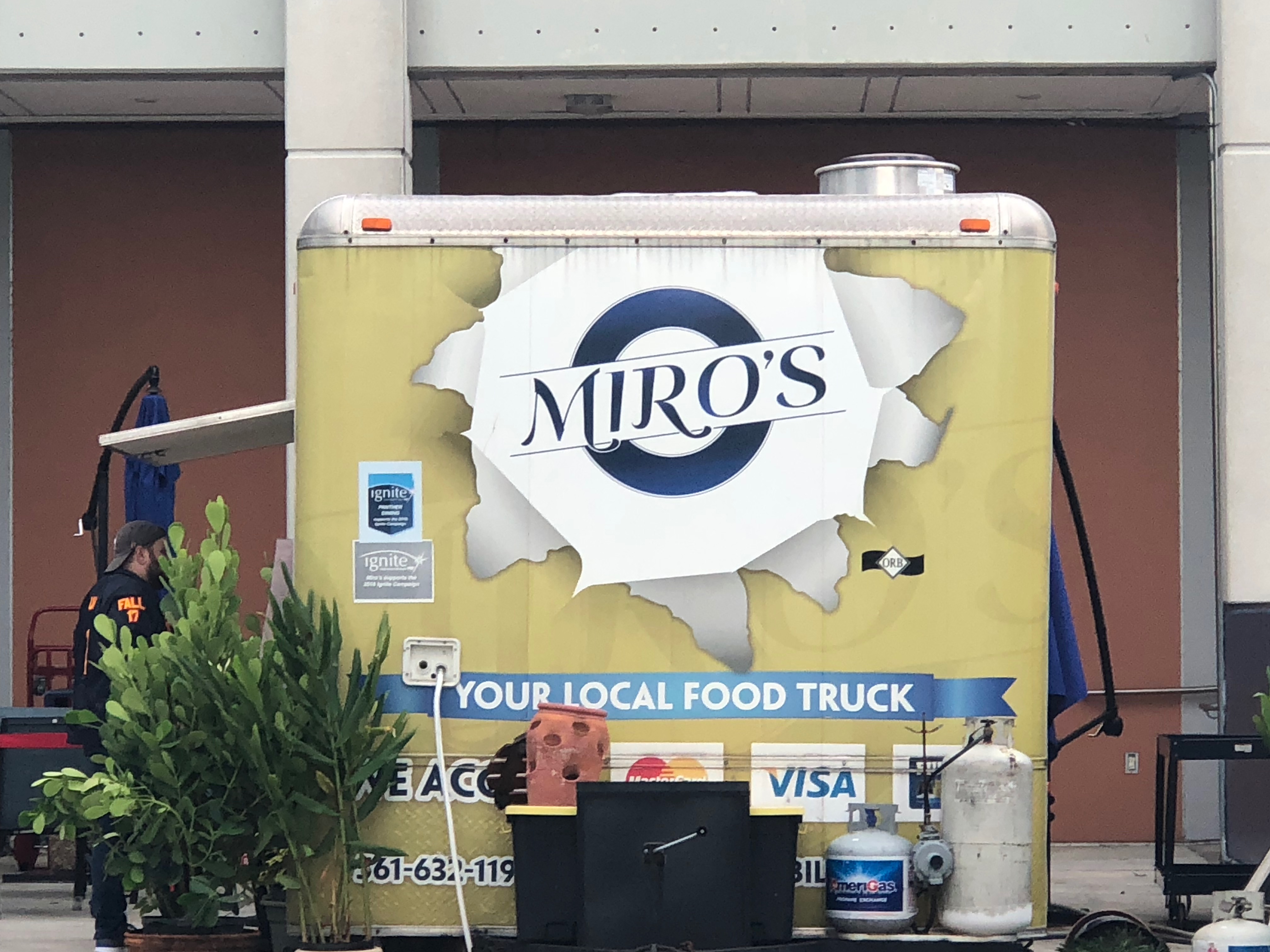 The university opened its doors in 1972, making it relatively new. The first building is called Primera Casa, which is Spanish for ‘first house’ as you no doubt know. It also goes by the name of the Charles Perry Building, the namesake being the founding president. 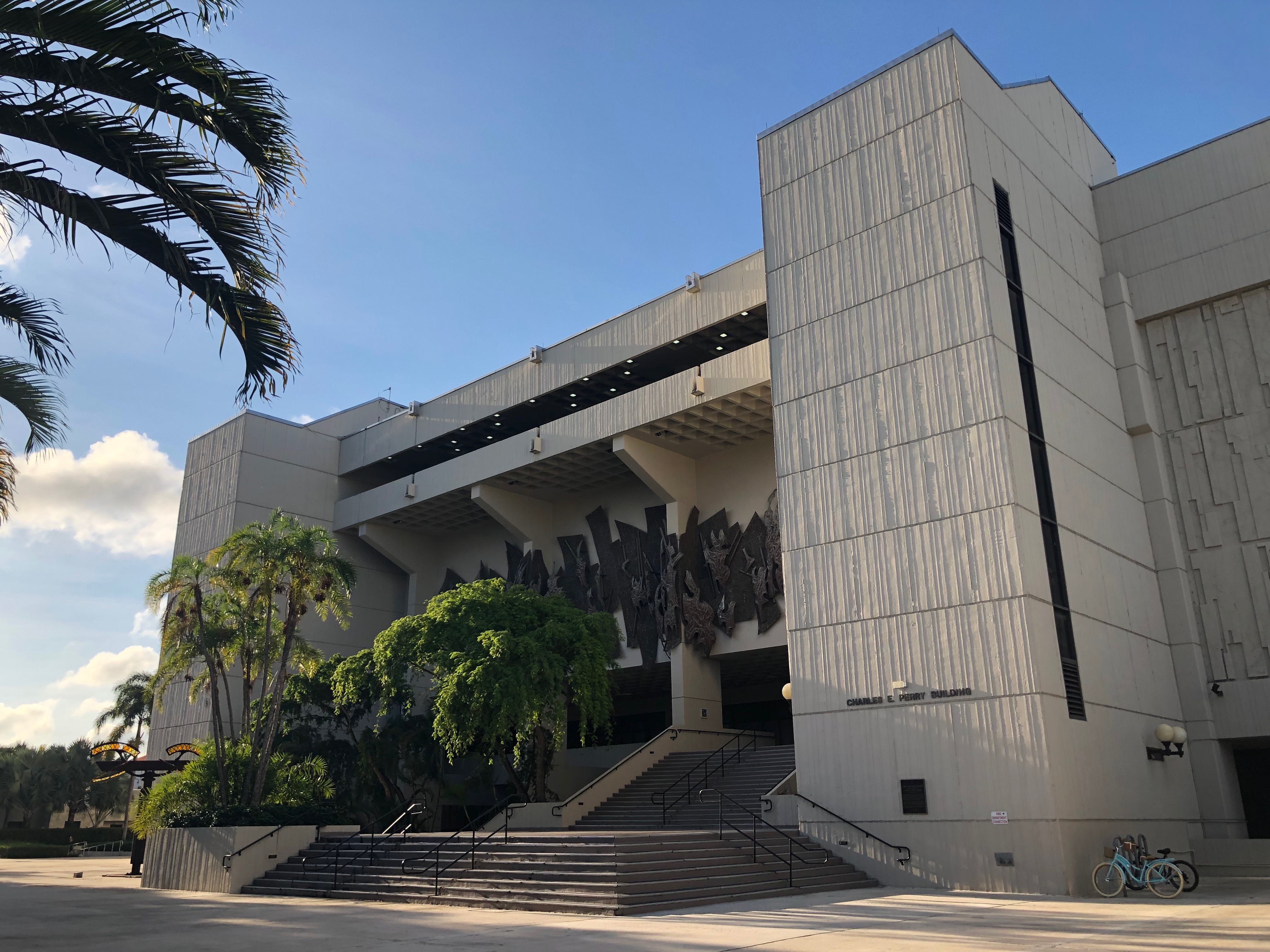 Not too far away is Deuxième Maison, which is French for ‘second house.’ Why French? I don’t know. But it was the second building on campus. Everyone knows it as DM. 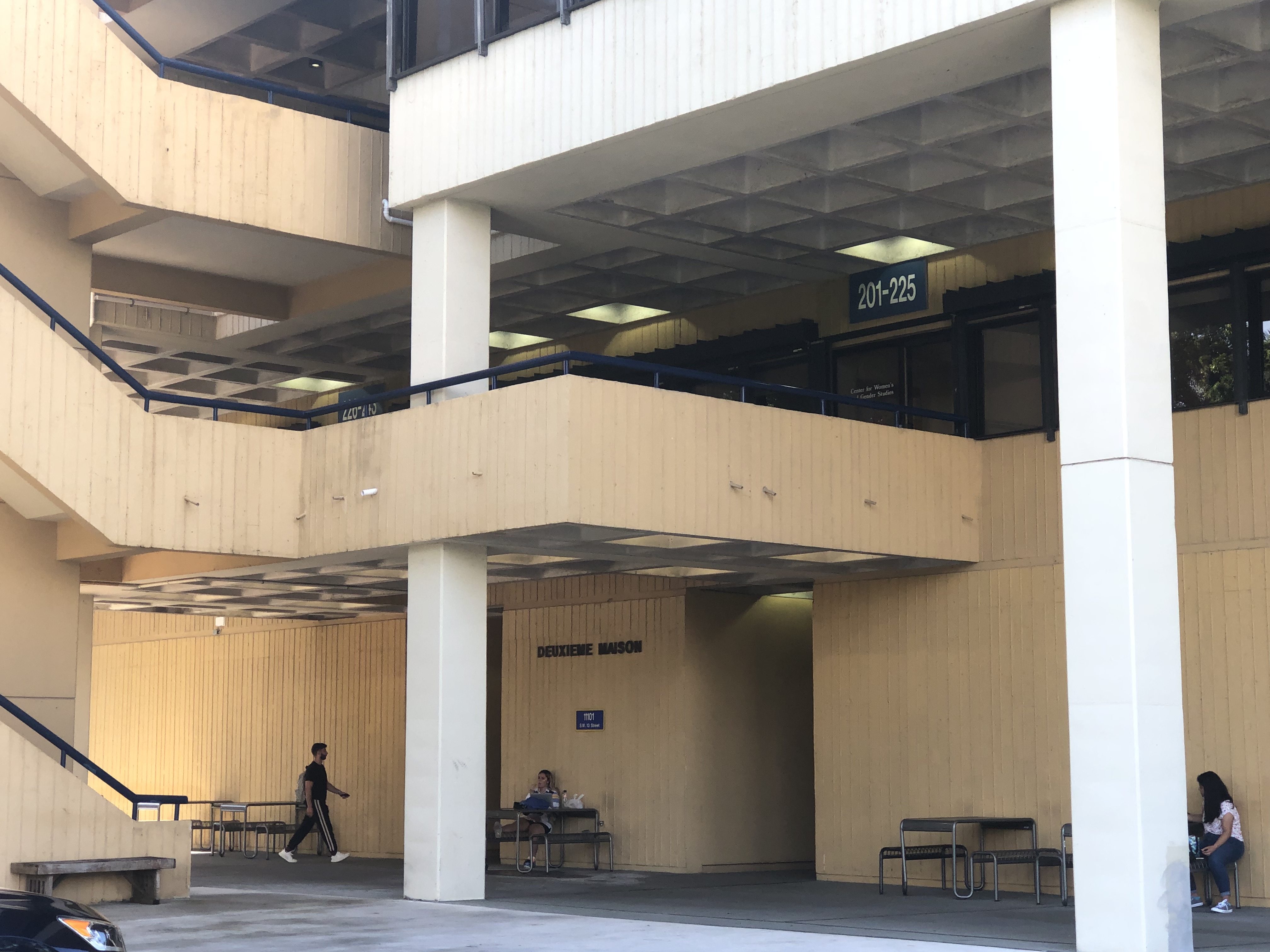 I know it as the building my office is in. The English Department is on the Fourth Floor. DM also has a distinctive atrium. 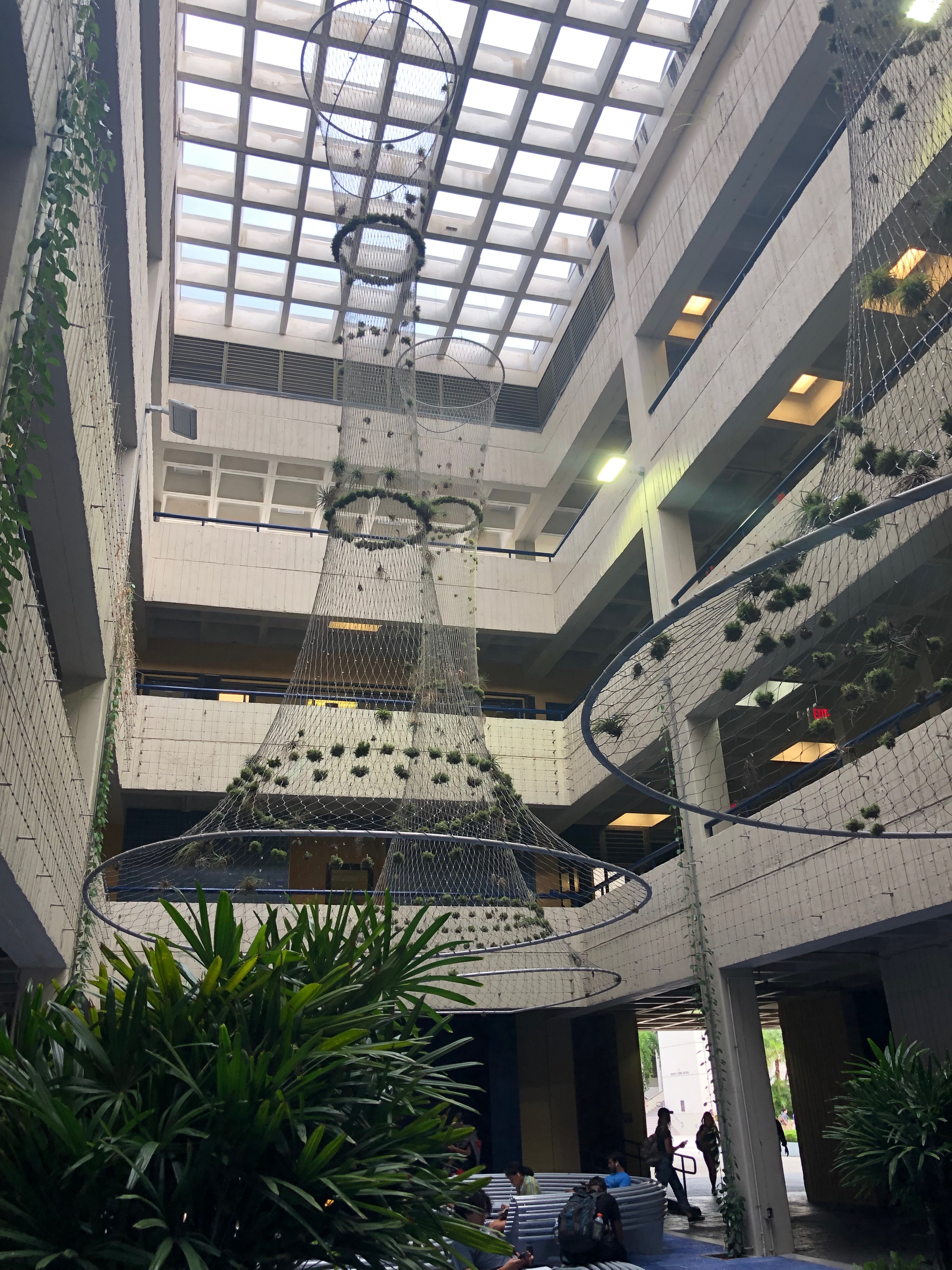 Many buildings are open-air. We’re in South Florida, after all.

Also centrally located is this rather mysteriously named building: 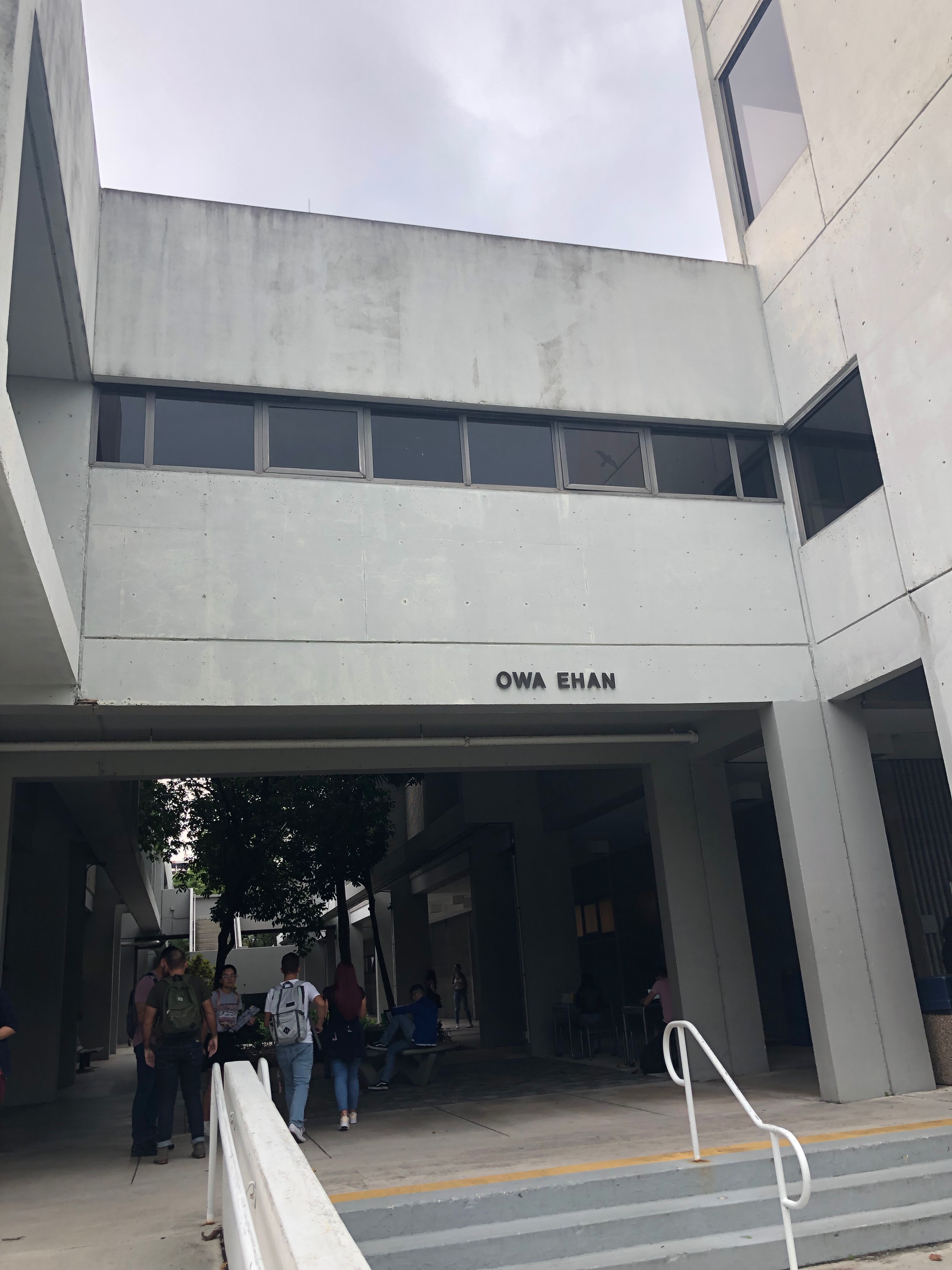 Considerable folklore circulates concerning the name of this building. See:  The Mystery of Owa Ehan

Turns out, back in the beginning, the Black Employees Association wanted a building with an African name. They offered three suggestions from Edo, a language spoken in southern Nigeria:  Owa Ewan ‘house of science,’ Owa Ihiron ‘seventh house’ and Owa Ehan ‘sixth house’ – which evidently won out.

I didn’t have to guess the fourth house because I walked by it. Yup, Viertes Haus is German for ‘fourth house.’ 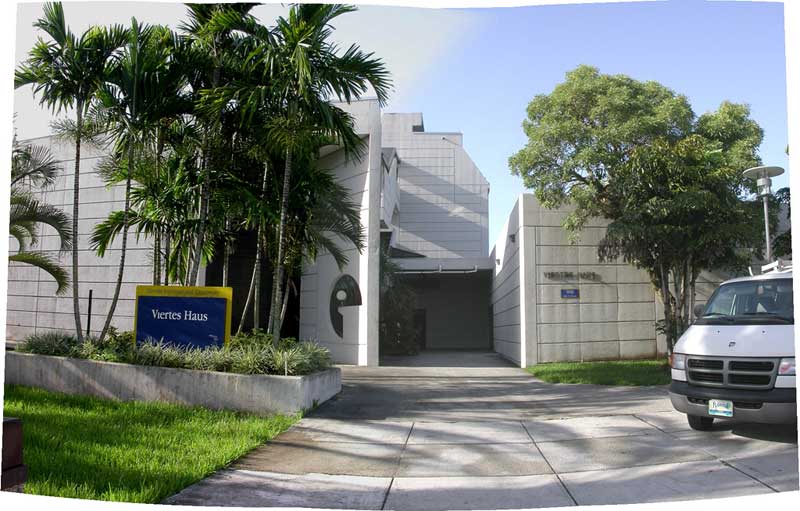 The third and fifth buildings building don’t go by a number. So, that’s that with the numbered buildings.

Mostly what I did after class was to wander around the lush grounds. Beautiful places to study outside abound: 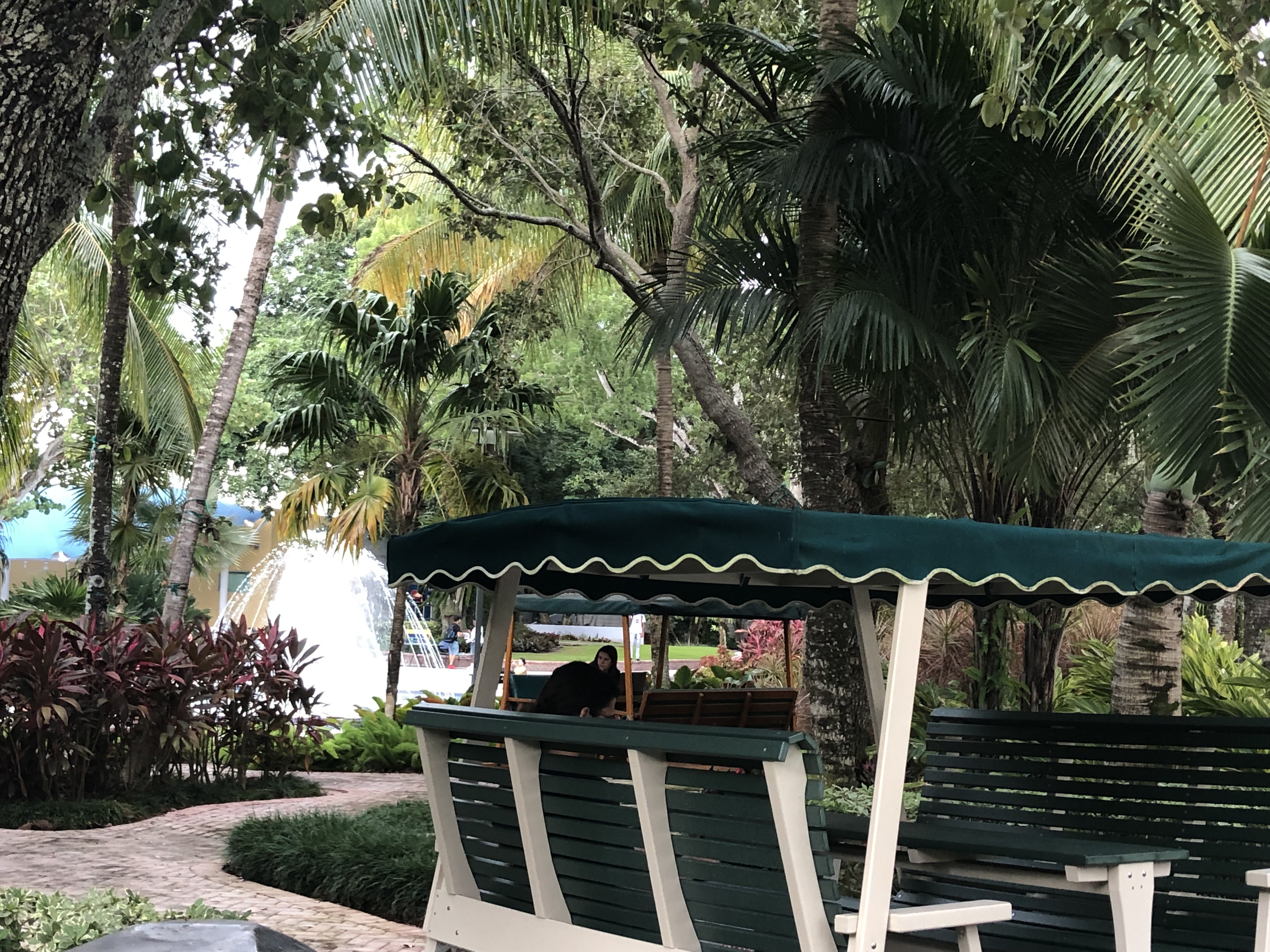 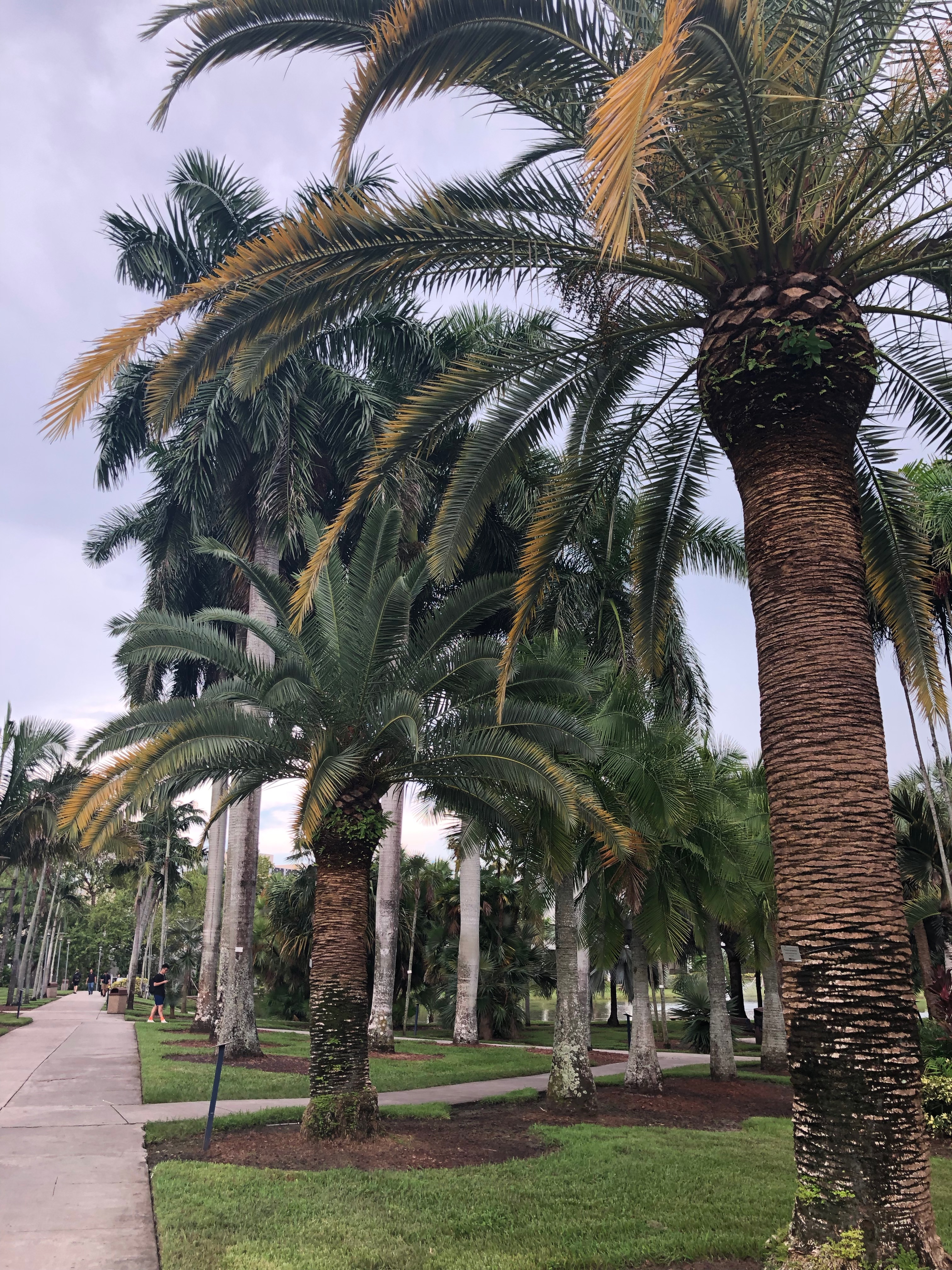 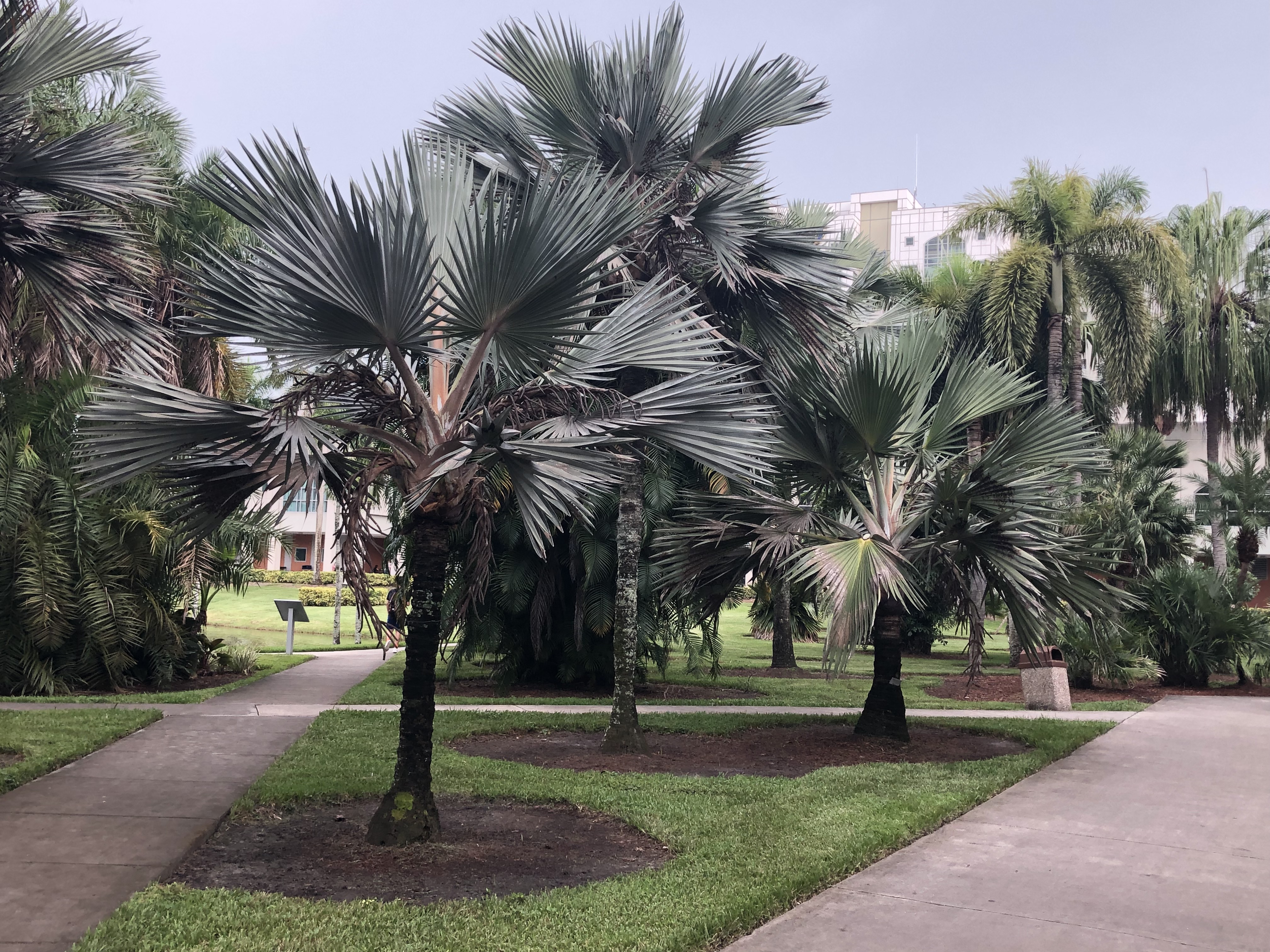 Here’s a glimpse into the reaches of some royal palms: 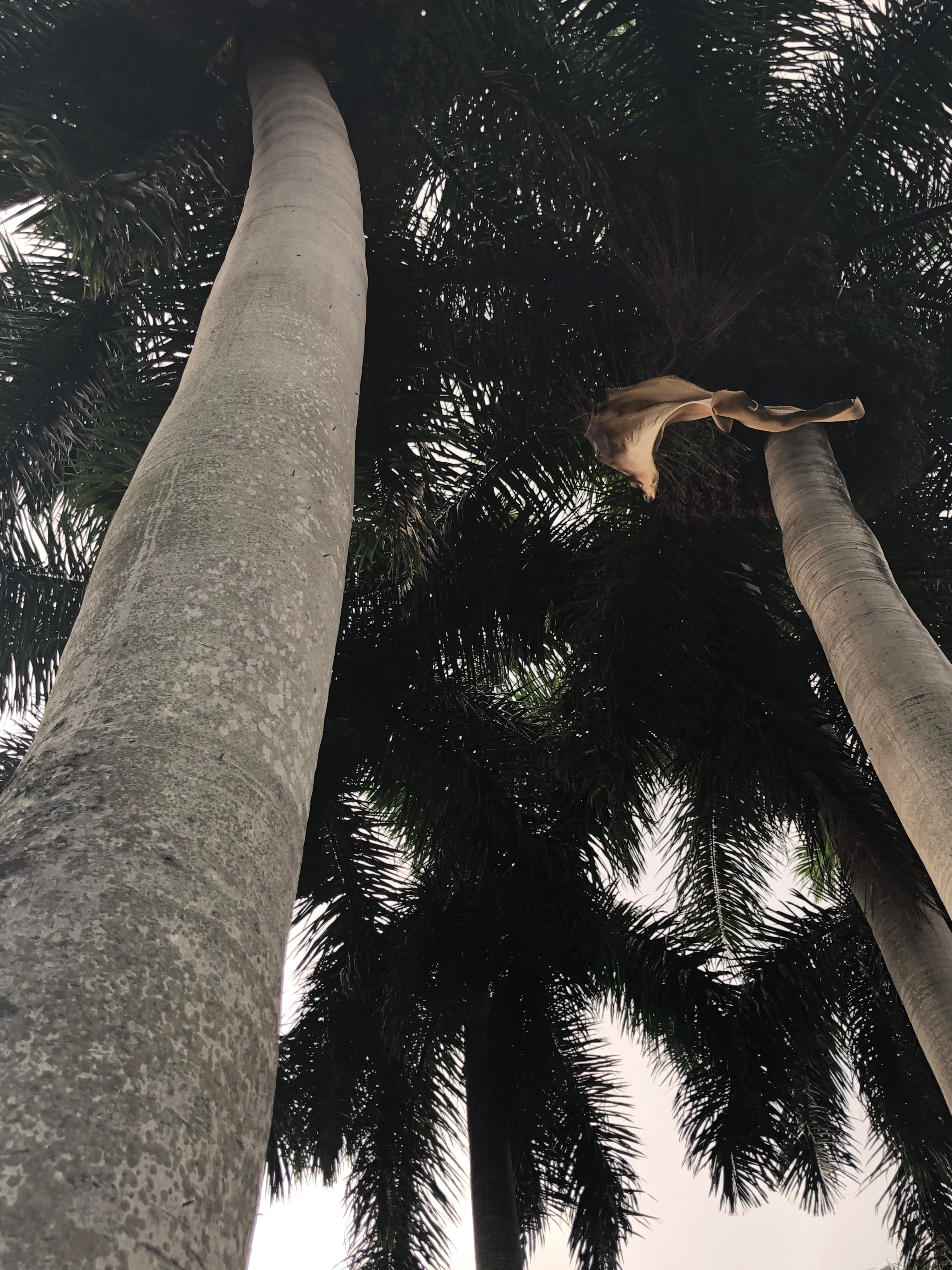 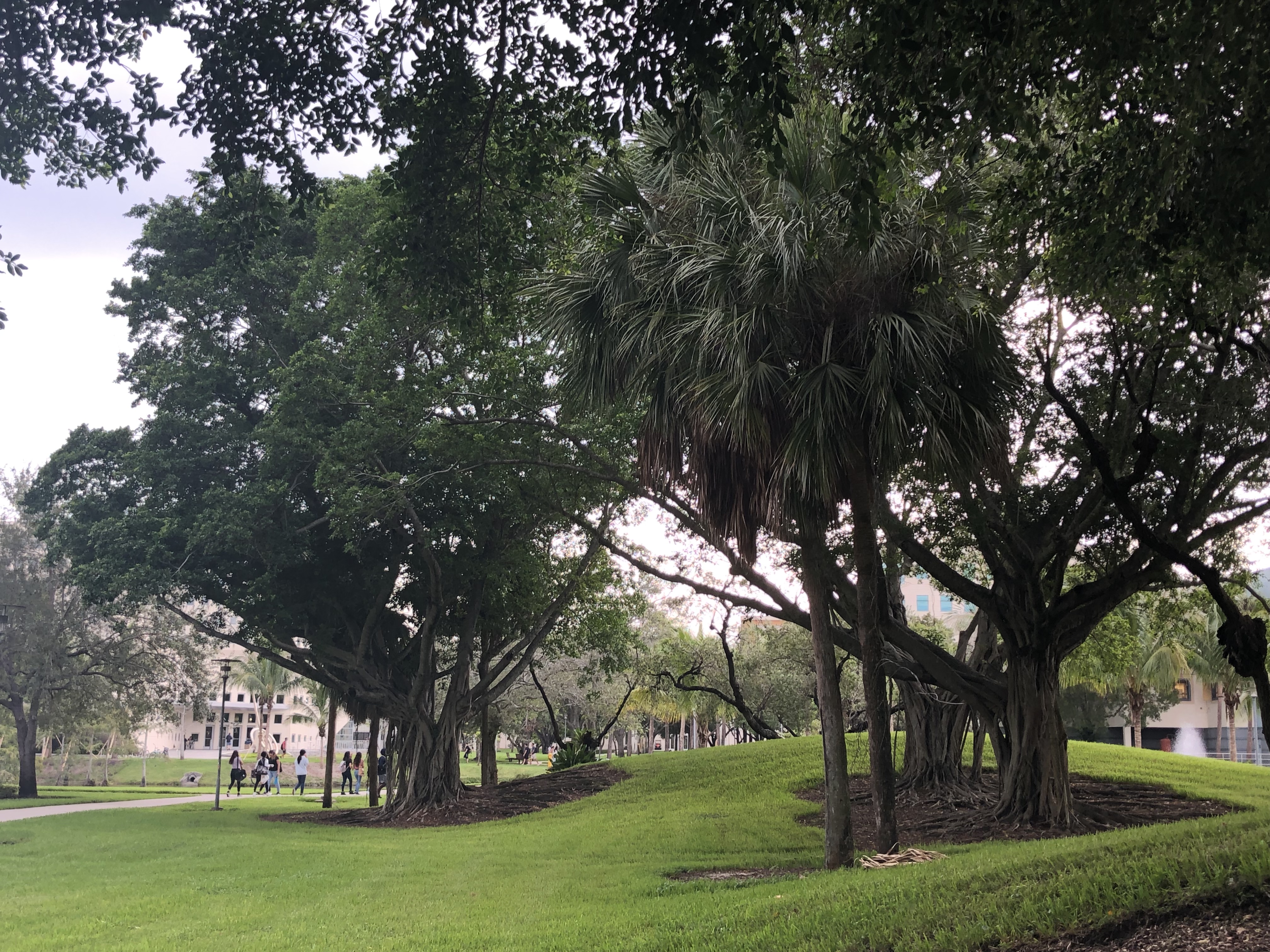 FIU is a commuter school, so the vast majority of the students are from Miami. Thus they are completely nonplussed by the beauty of their campus. They’re used to the vegetation and the many water features. 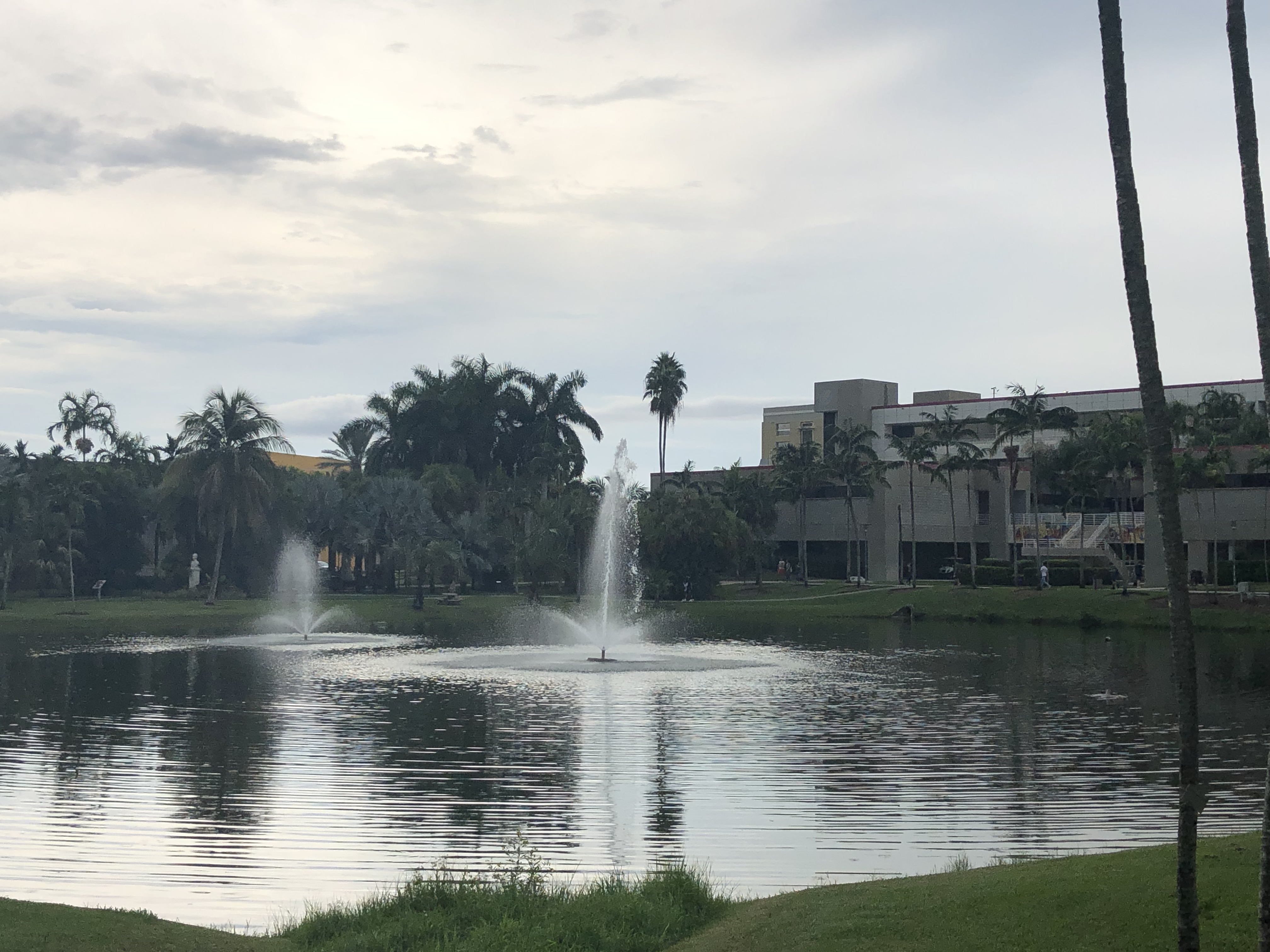 FIU lies 12 miles west of downtown Miami. It is in full expansion mode. I learned that plans are in the works to grow the overall student population at all levels from the current 60,000 to a whopping 80,000.

Here palms soar above a backdrop of construction cranes. 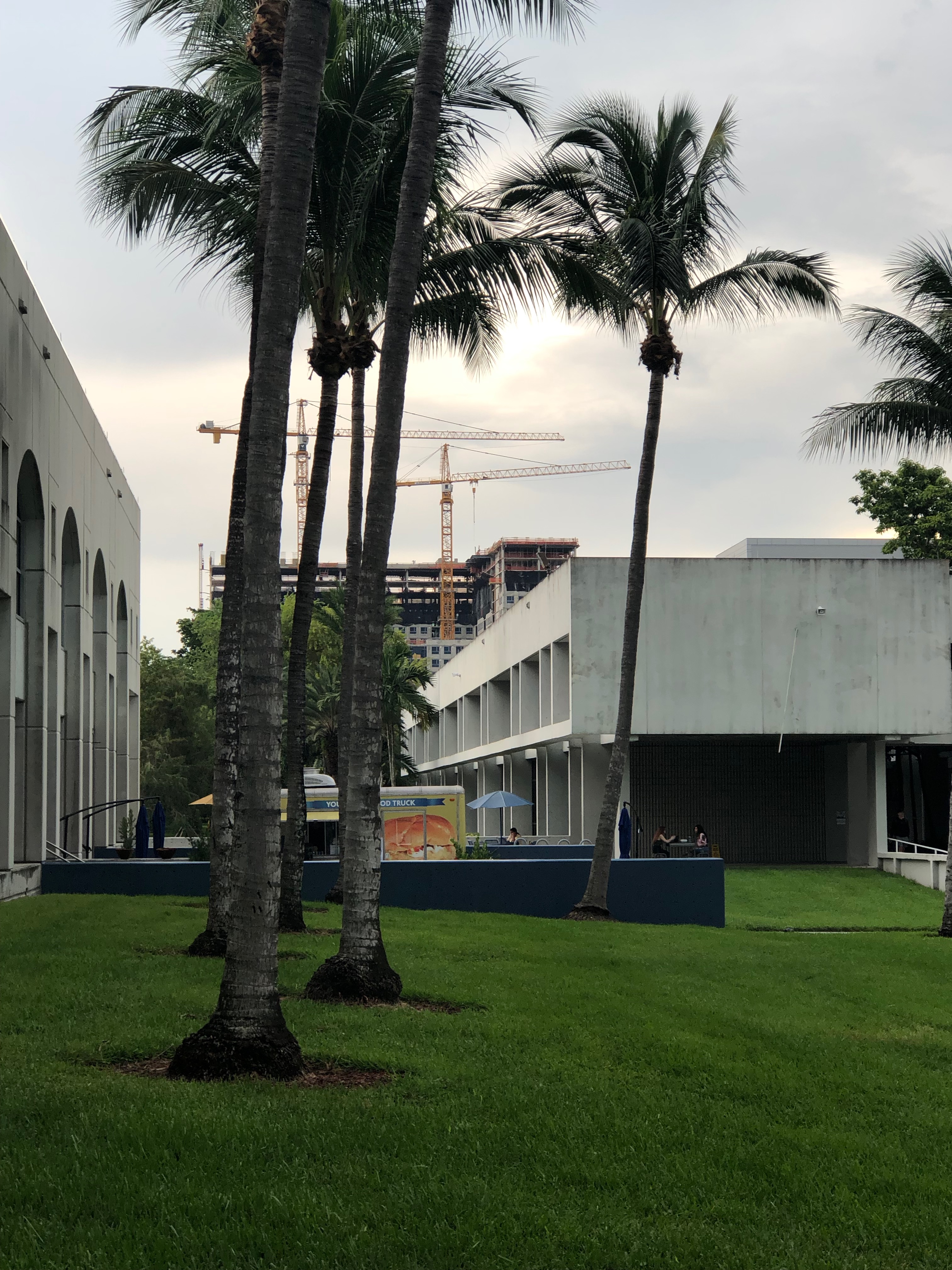 Although I have lived off and on in Florida, I have to say I was taken all over again by the magnificence of the Florida landscape. It’s good to be back!