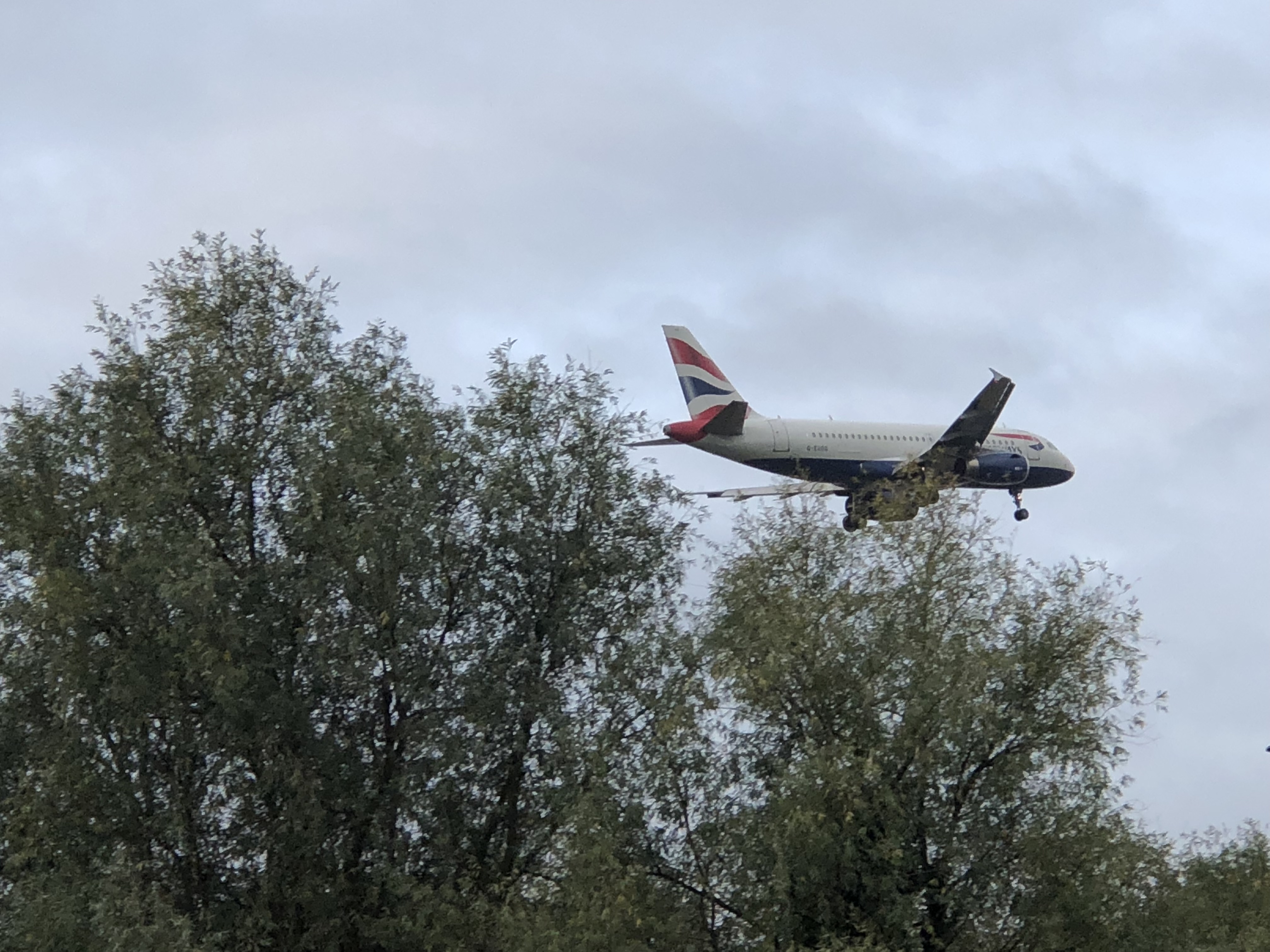 Before flying to JFK, I had the day in London to do what I wanted, and what I wanted was to visit the neighborhood right next to Heathrow airport, namely Hounslow, where I had chosen my hotel.

Title image: A British Airways plane on its approach to landing near the back parking lot of my hotel, the Moxy. There’s incoming once every 1 minute 20 seconds. I timed it.

I got the idea of staying strictly local after going to the Tesco grocery next to the hotel where there’s a cash machine. Around the corner I saw this: 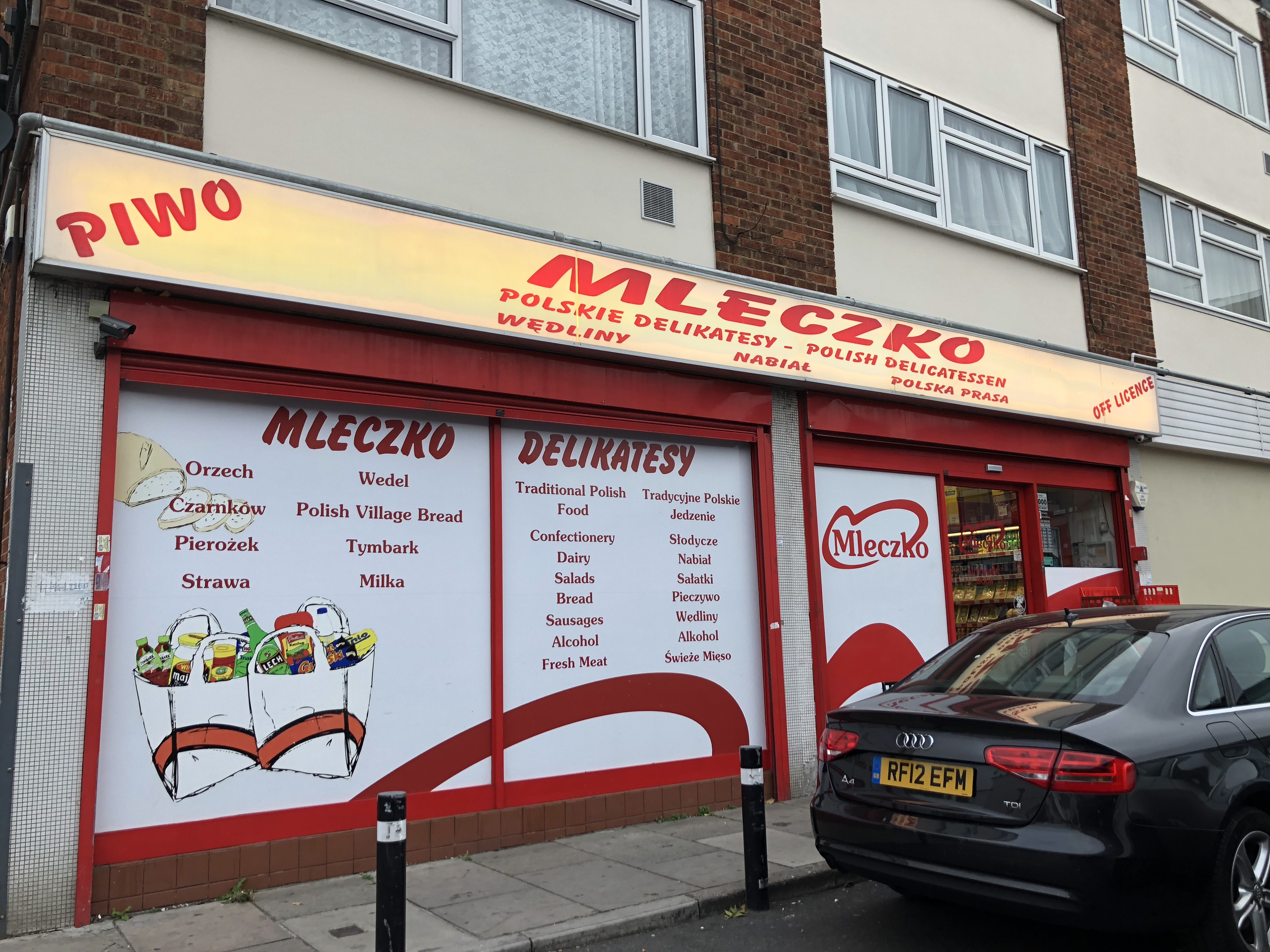 I’ve read about the Polish presence in Western London. Here’s an example

I’d heard of all the ethnic neighborhoods in Western London and figured I was in one. I asked a young woman at the front desk of the Moxy to find me a driver who knew the immediate area. She called Beaumonts Drive . They sent me Tony.

Tony was at first puzzled by what I wanted. He offered me a visit of the city: Houses of Parliament, St. Paul’s,  London Bridge, London Eye.

“No, that’s not what I was looking for. I want the immediate vicinity.”

“No, really, I want the local neighborhood. I’d like to know what you find interesting about right here.”

He thought some more and suggested, with some consternation, “Kew Gardens?”

“I’ve been there. You’re thinking there’s nothing interesting about right here, but I like discovering the local, local things. For instance, I’d be interested to see your favorite pub.”

He nodded. “My favorite pub is a really good one.” He got it.

So he got right to it. What’s the local of the local? First off, the Tube Stations. There’s Hounslow West: 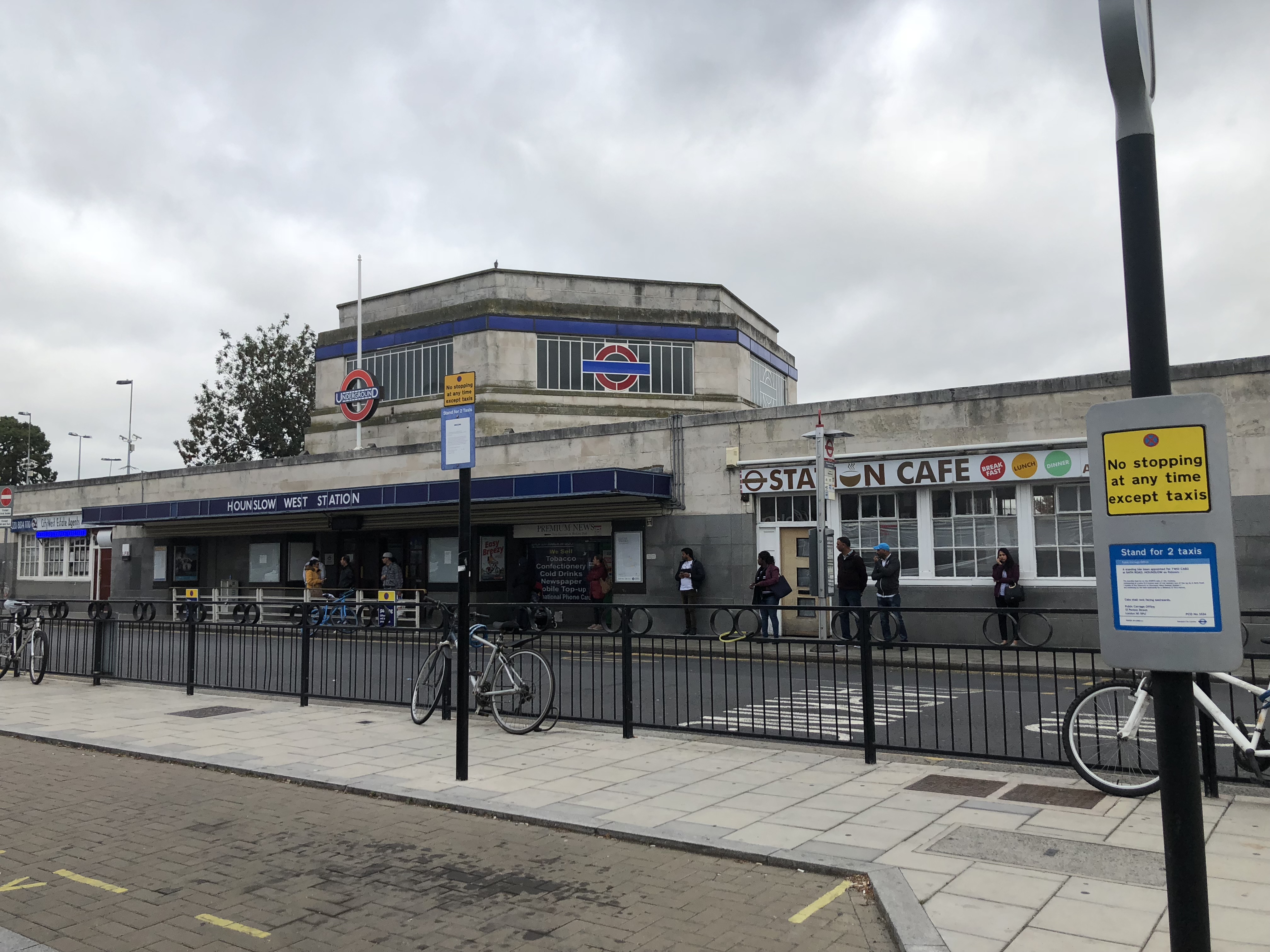 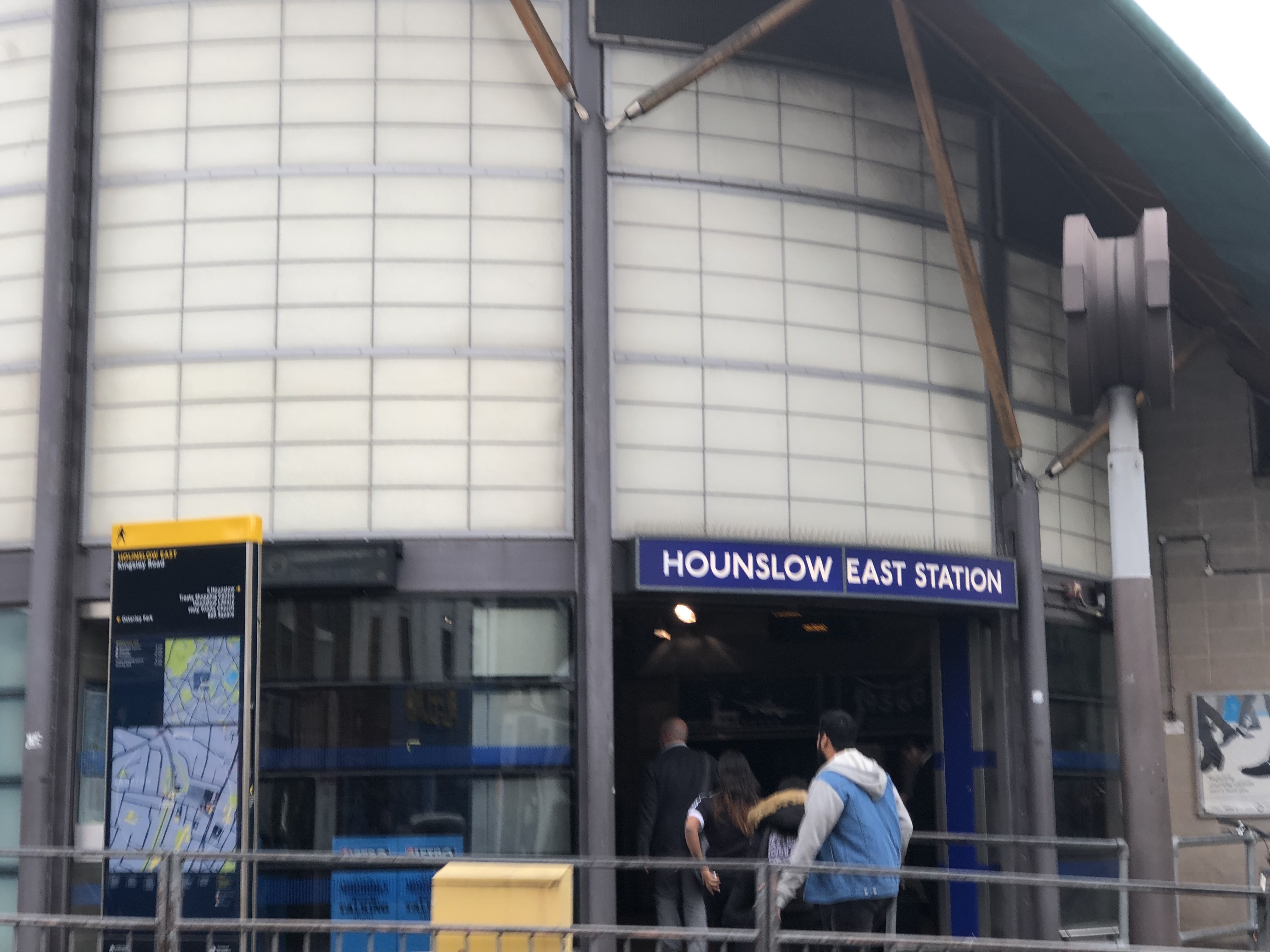 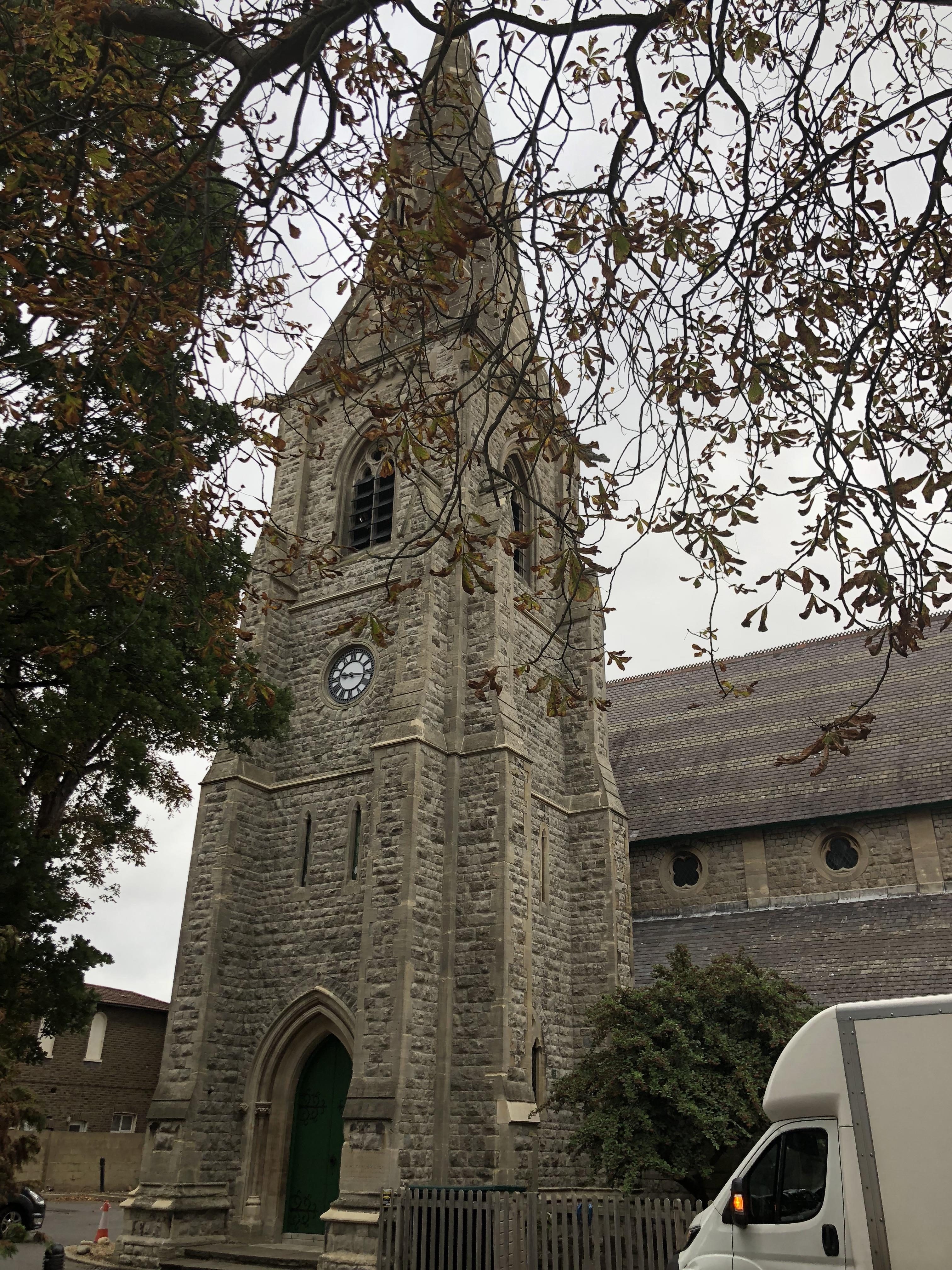 And a 20th-century war memorial: 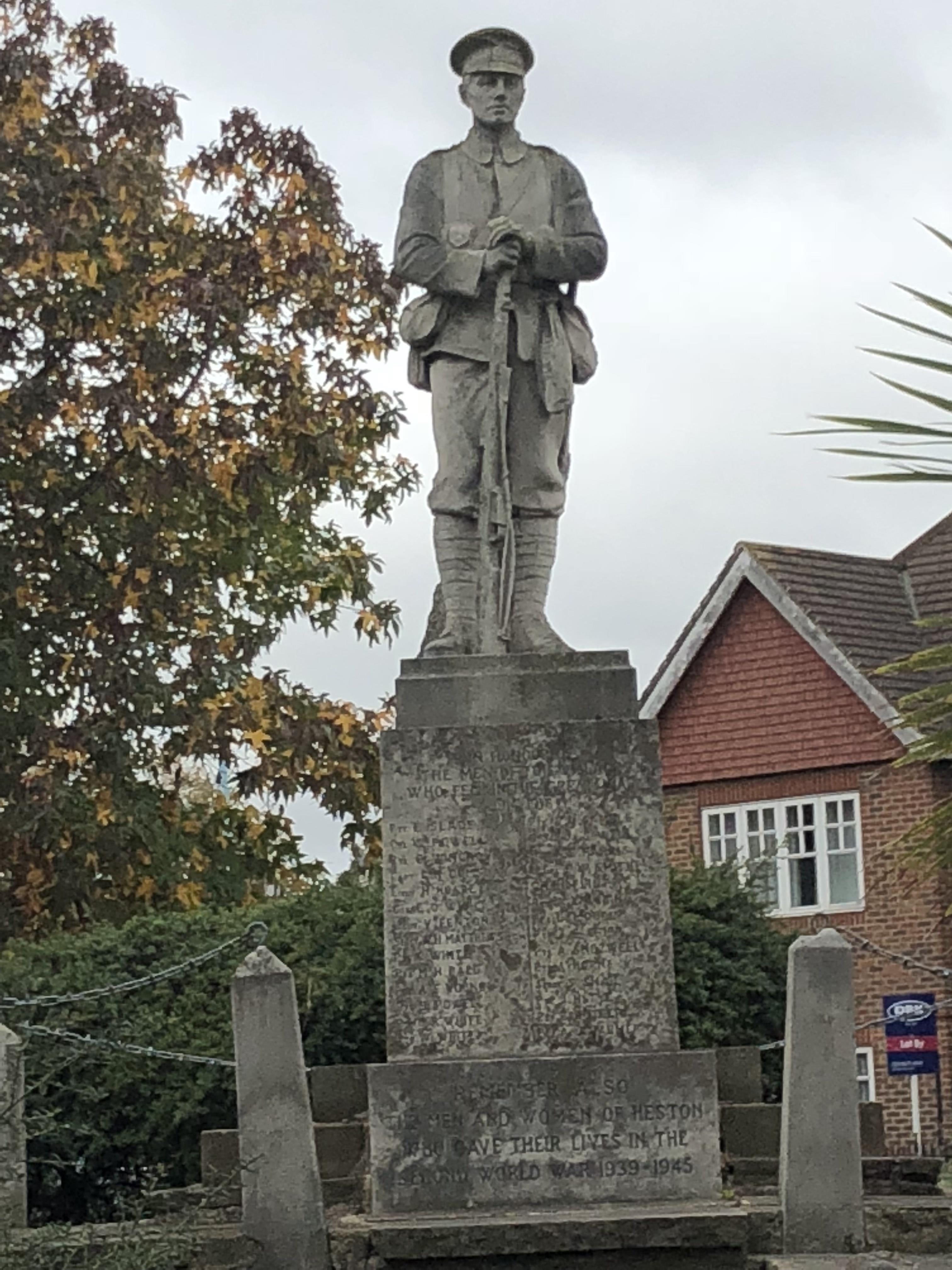 But then comes the Sikh Temple 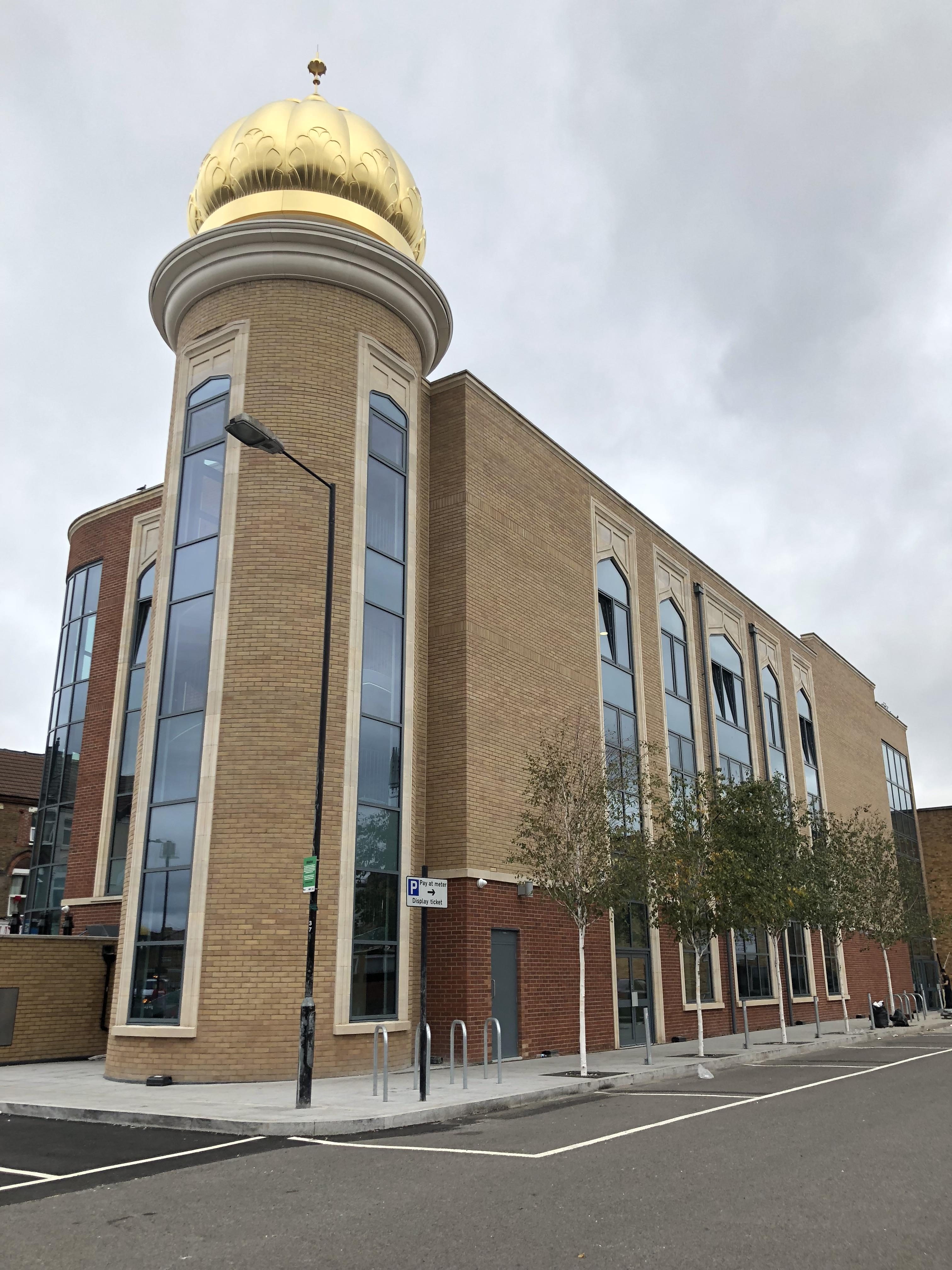 This is Gurdwara Guru Nank Darbar

Not to forget the mosque 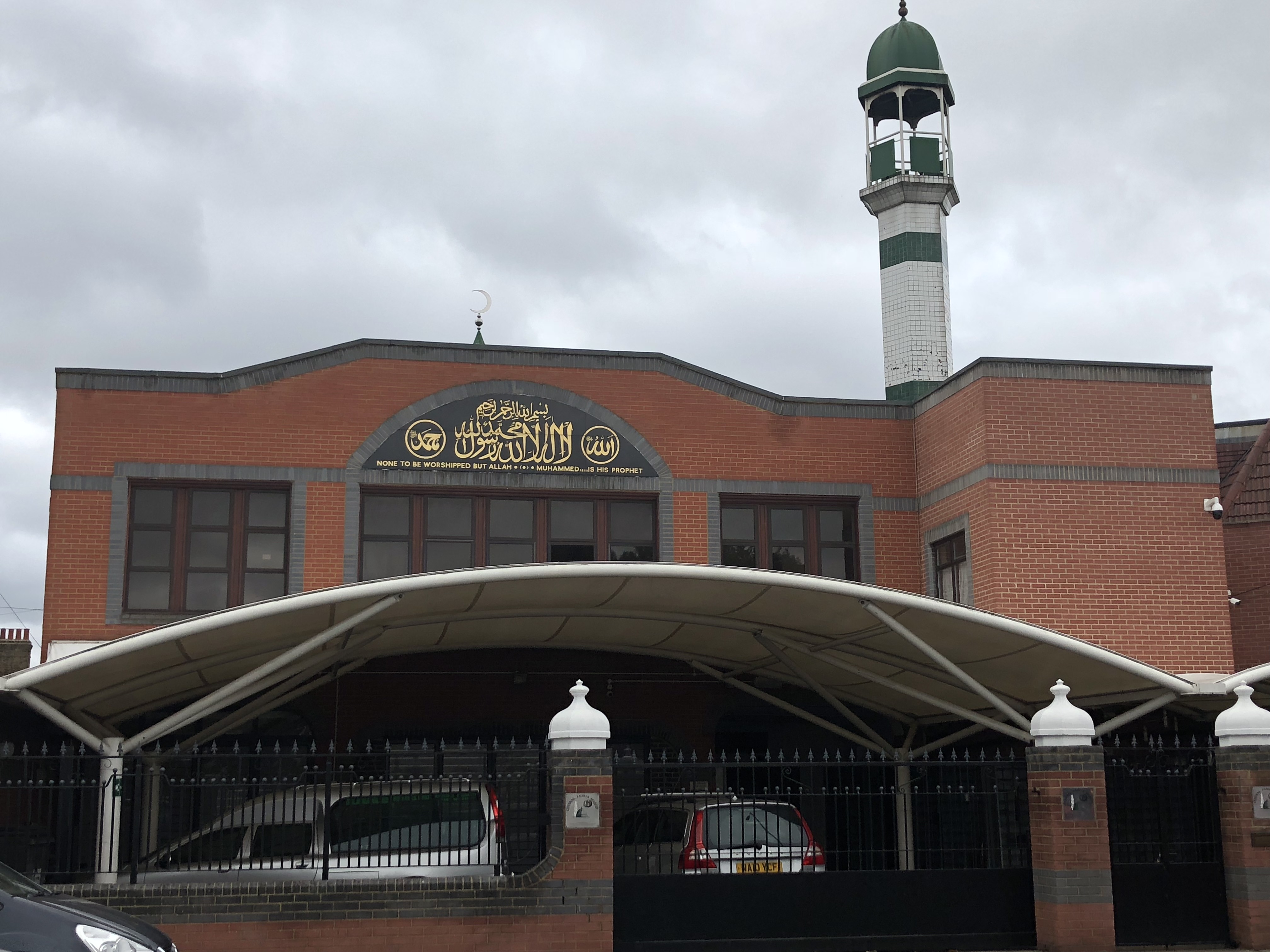 which naturally comes with the Halal Meat Shop: 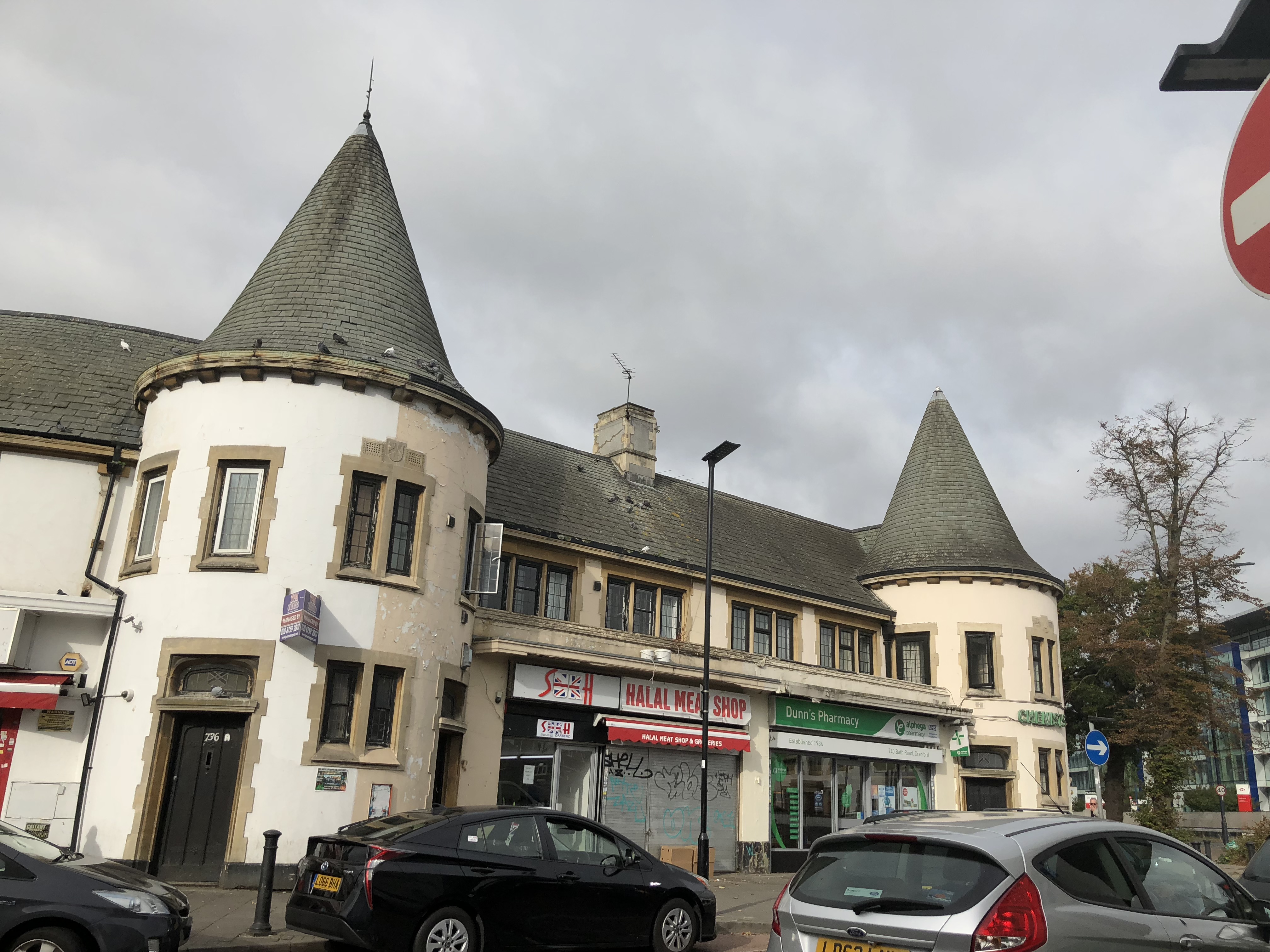 Hmm, I’m not entirely sure this one is still in operation

The area is stitched together with alternating strips of store fronts: 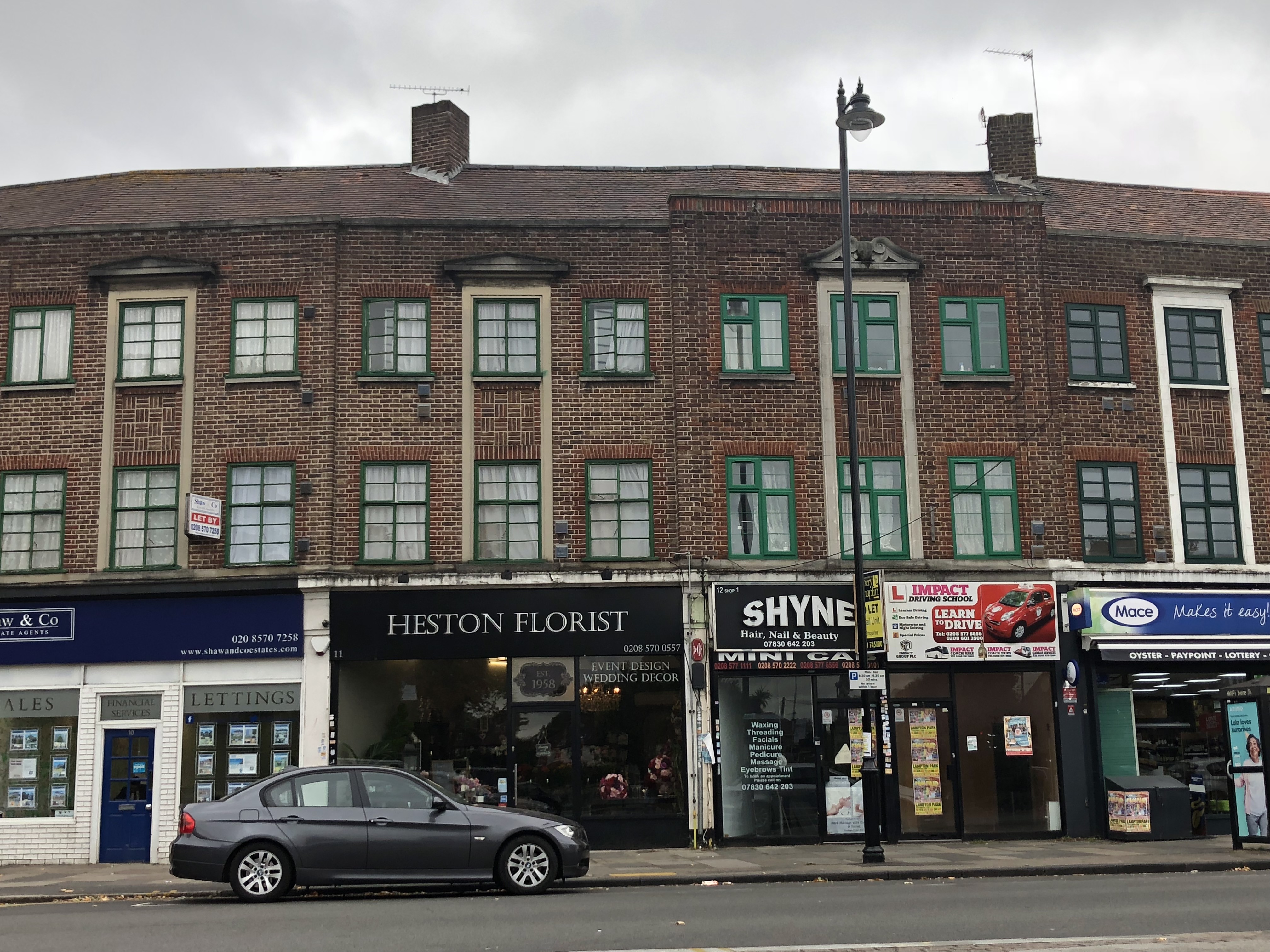 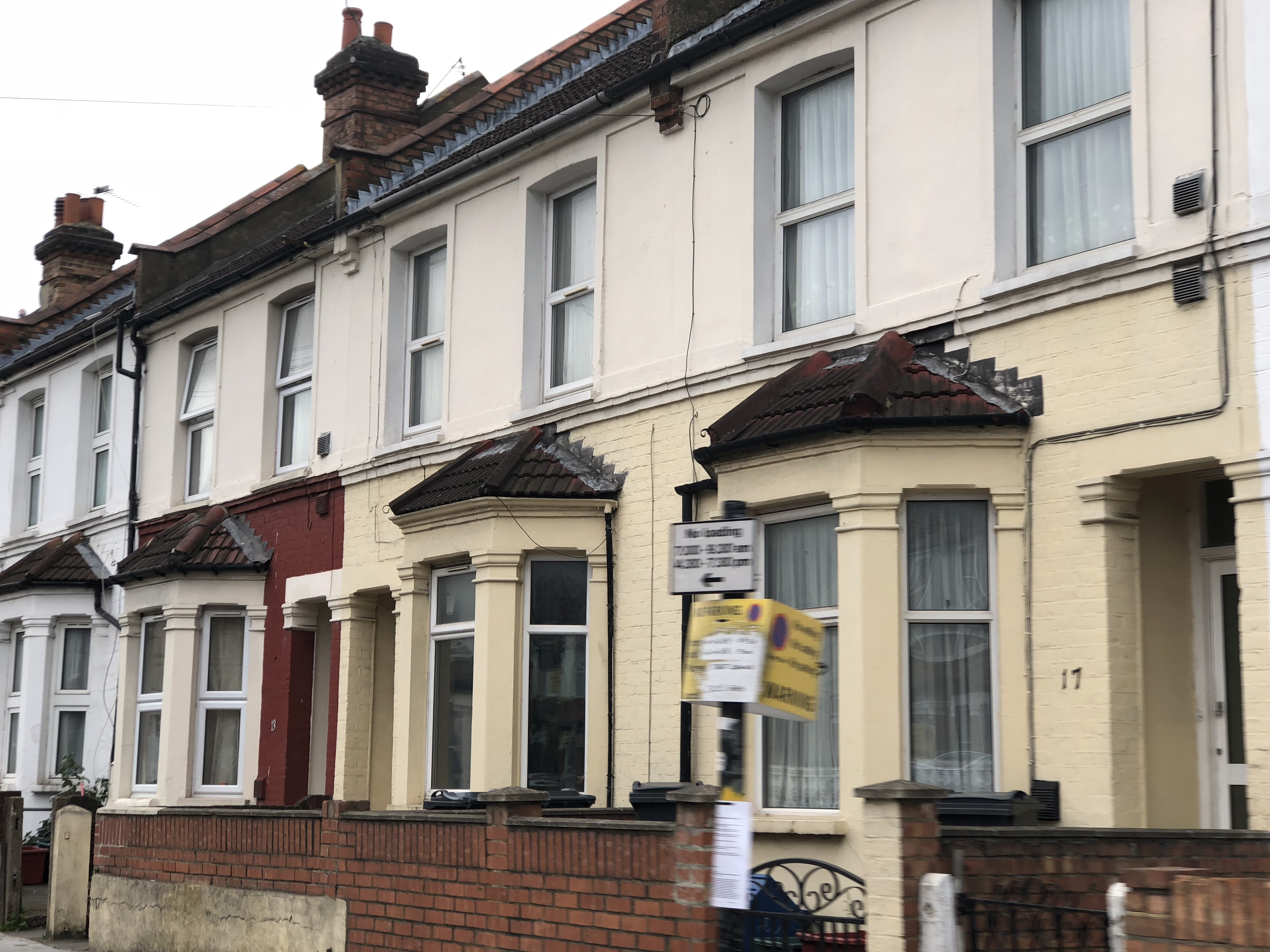 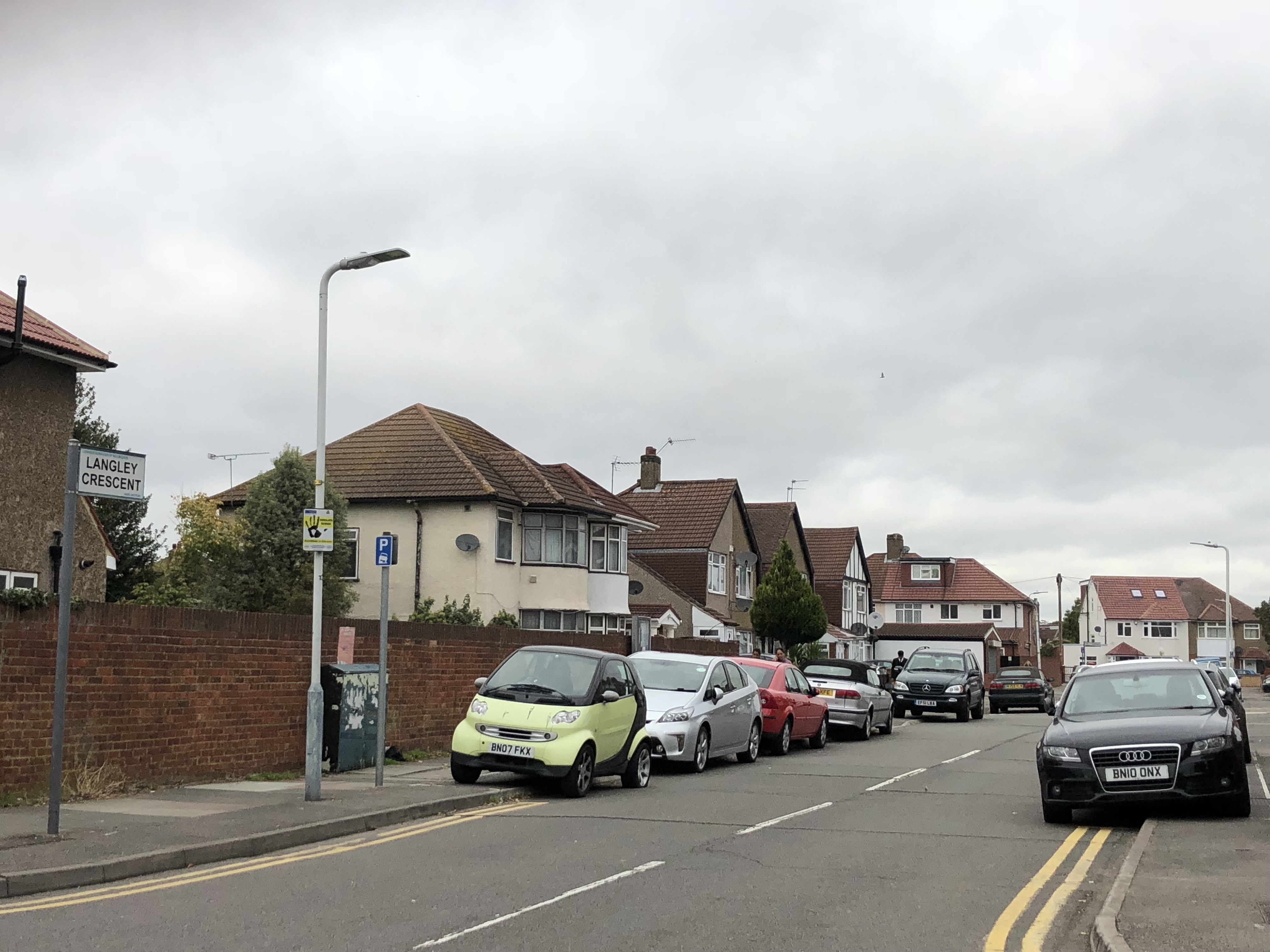 and distinctive London buses heaving through the whole: 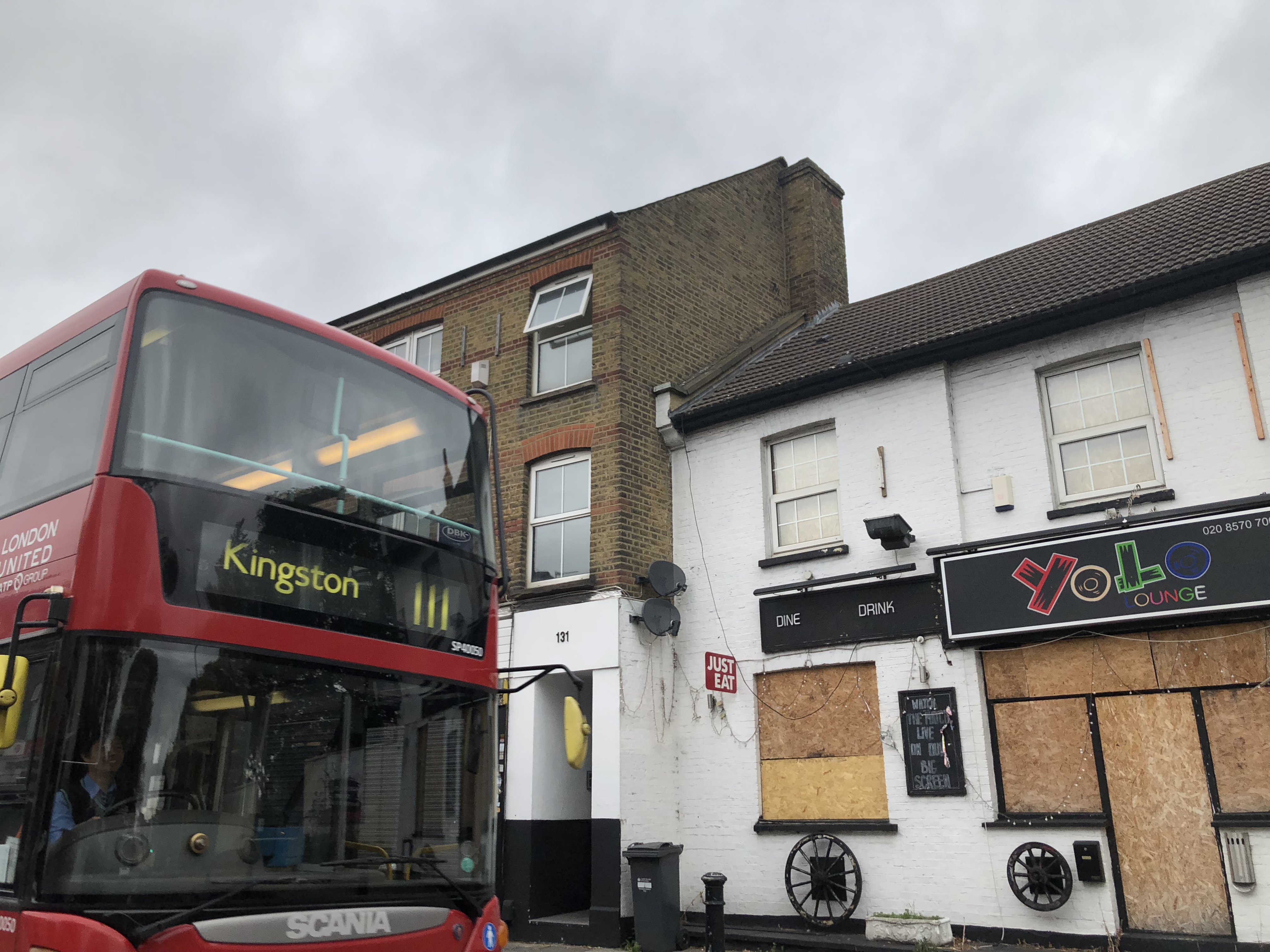 When you ask someone to point out what they think is interesting and then they do, it is out of bounds to then say (or think), “That’s not interesting.”

So when Tony made sure I noticed this car wash: 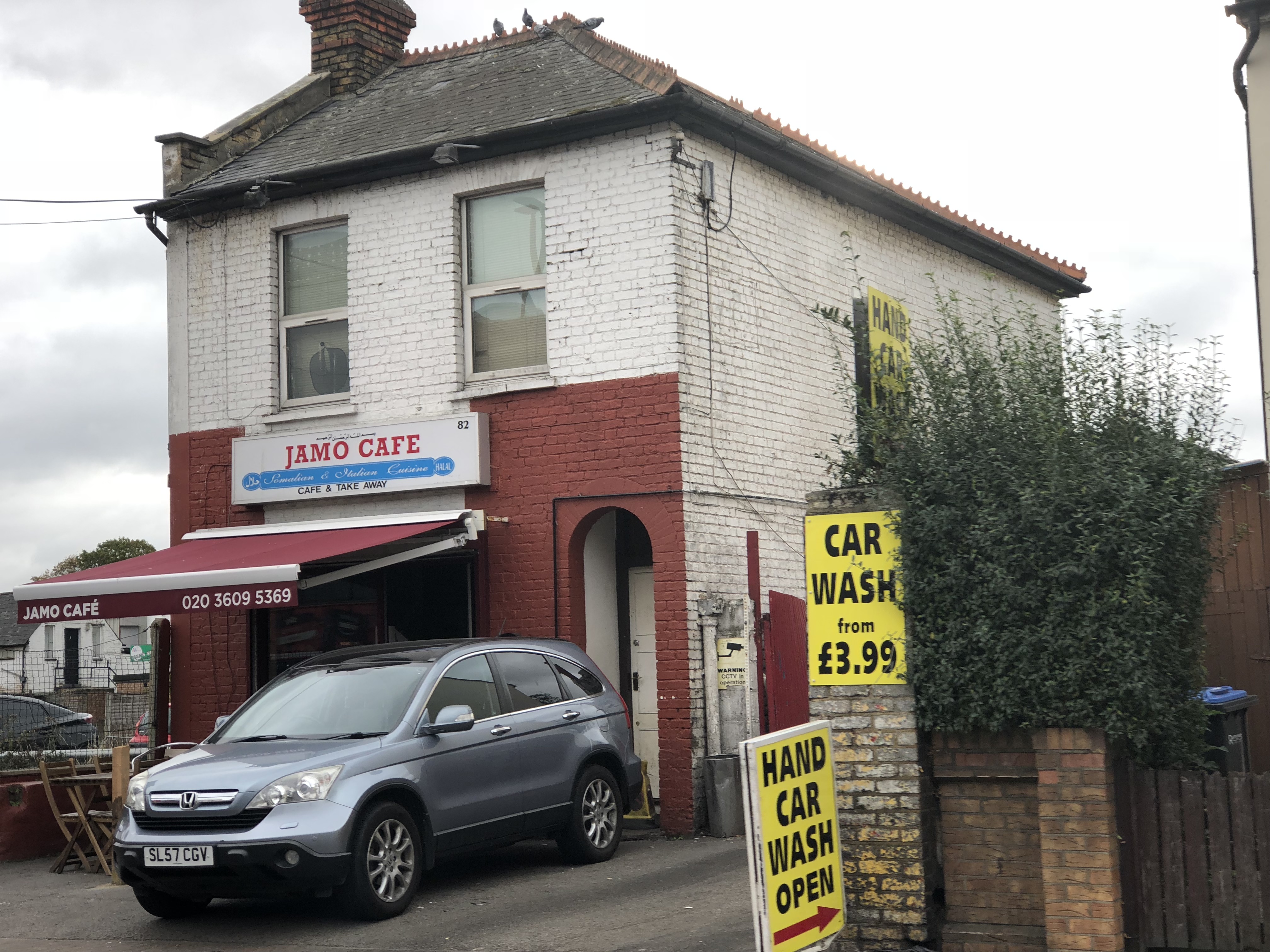 I figured I needed a perspective on the particular interest of this site. I decided on,

Fortunately, that was the correct observation.

Then he wanted me to see the International Market, which is biggest on Saturday: 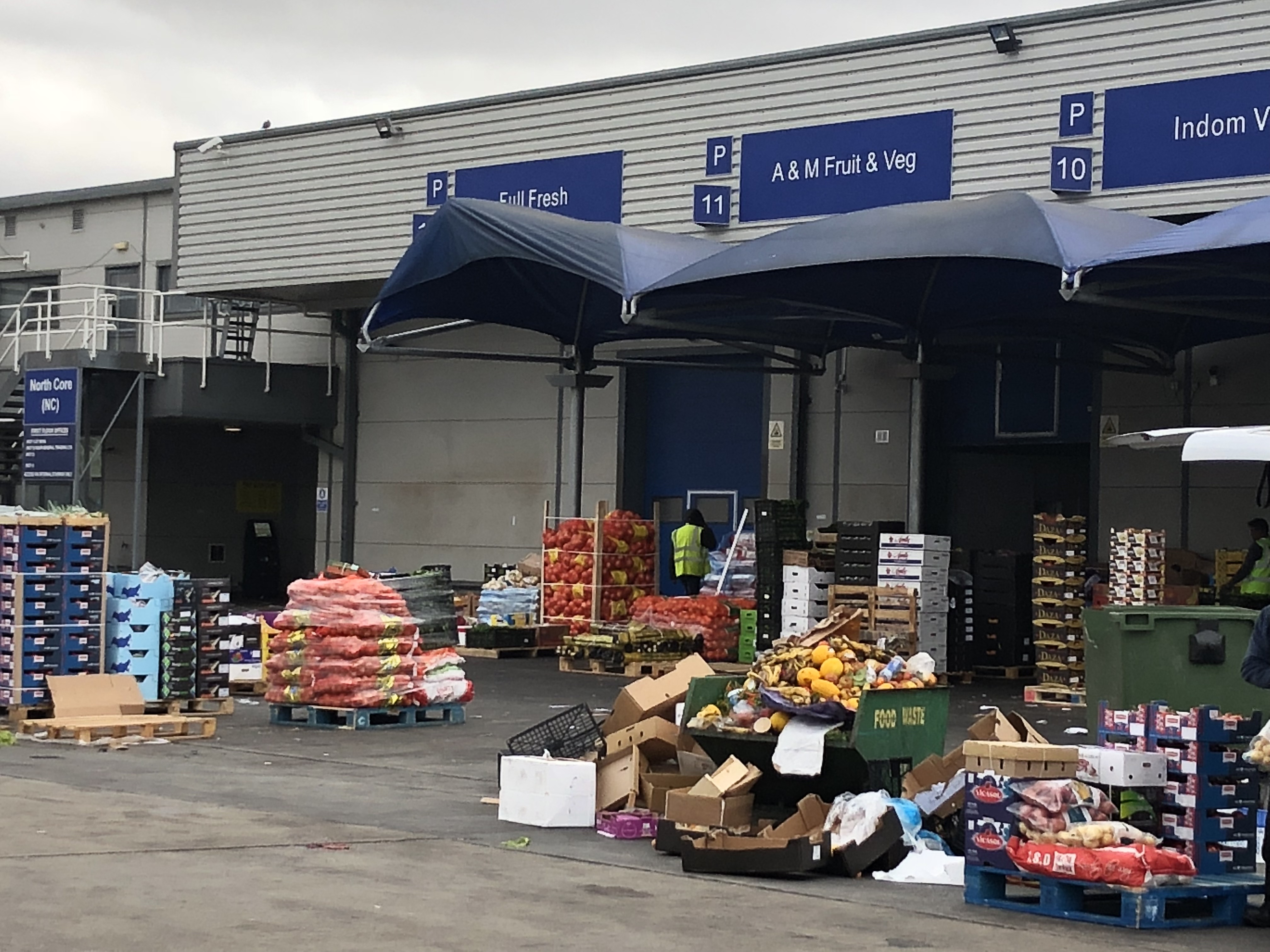 Like my hotel, this market backs up onto one of Heathrow’s runways

This was the moment I understood Hounslow to be the backstage to Heathrow which is the obvious star of the show. 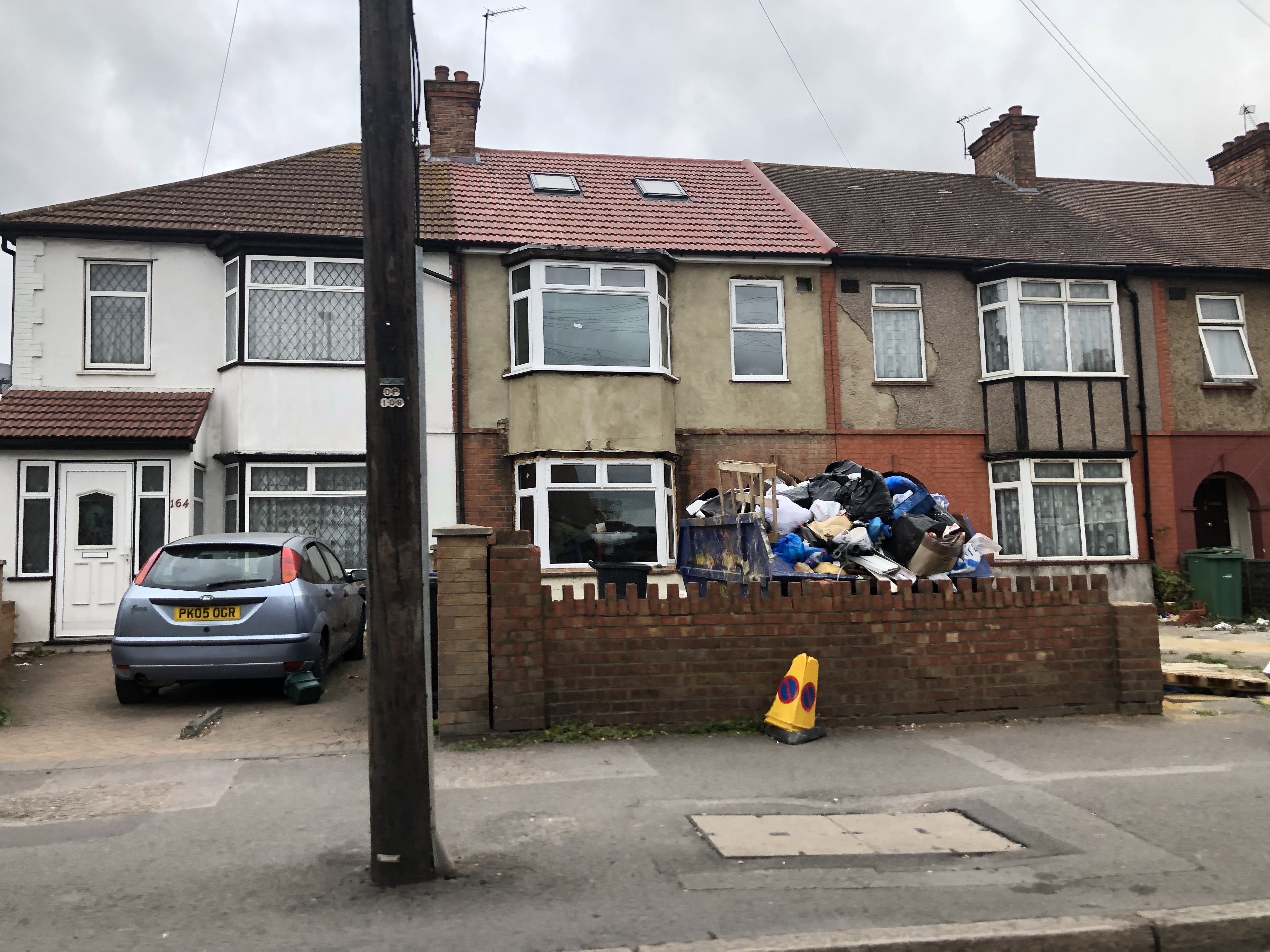 We’re definitely in the wings here

Finally, Tony went out of his way to show me his local pub, The Pheasant, which was last on our tour of Hounslow: 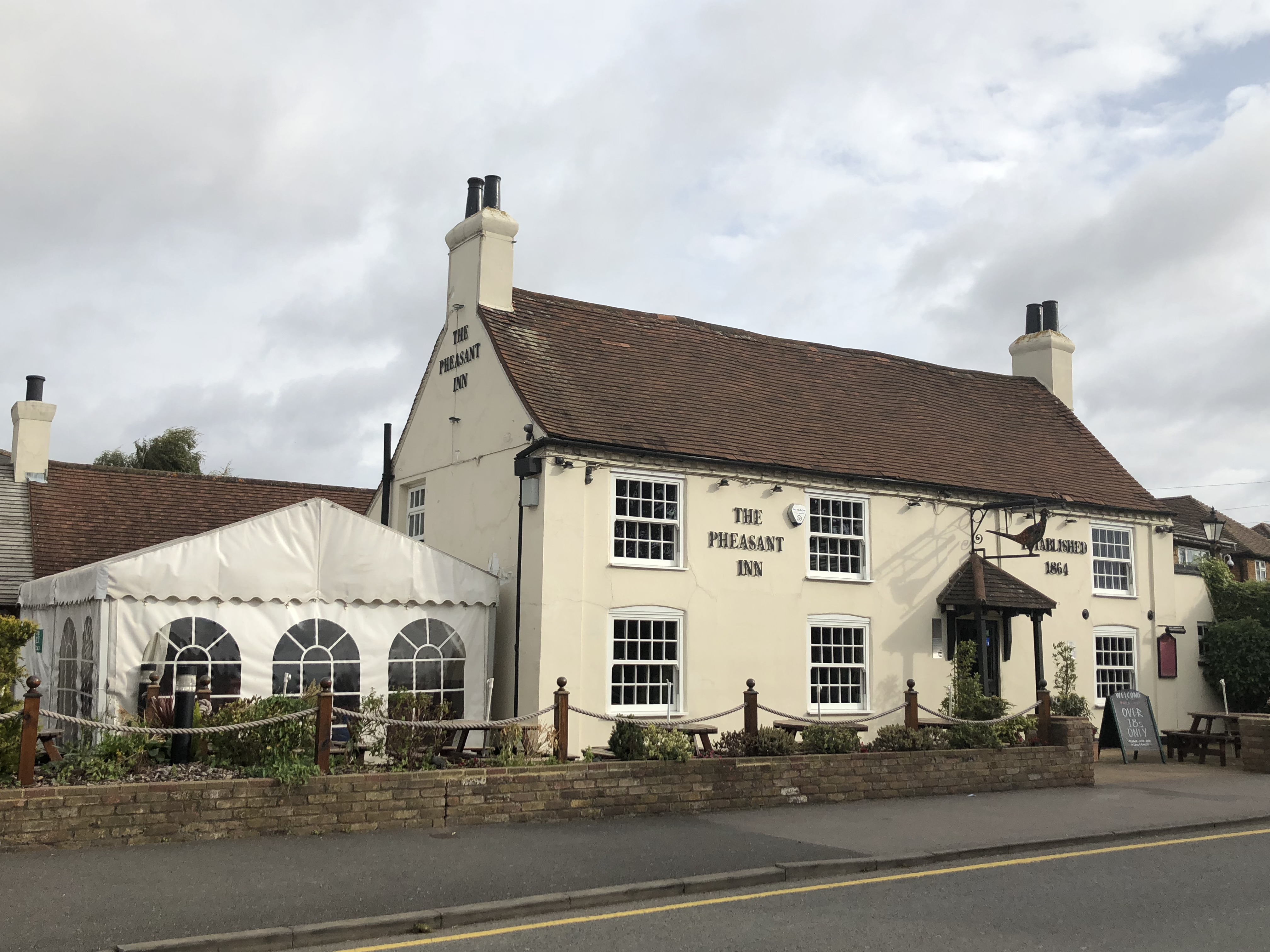 He said it’s a local favorite and is widely known for good atmosphere and good food. I take this recommendation as a bona fide.

Tony was great, and I liked seeing the way the streets fit together and absorbing the landscape the locals see in their daily lives.