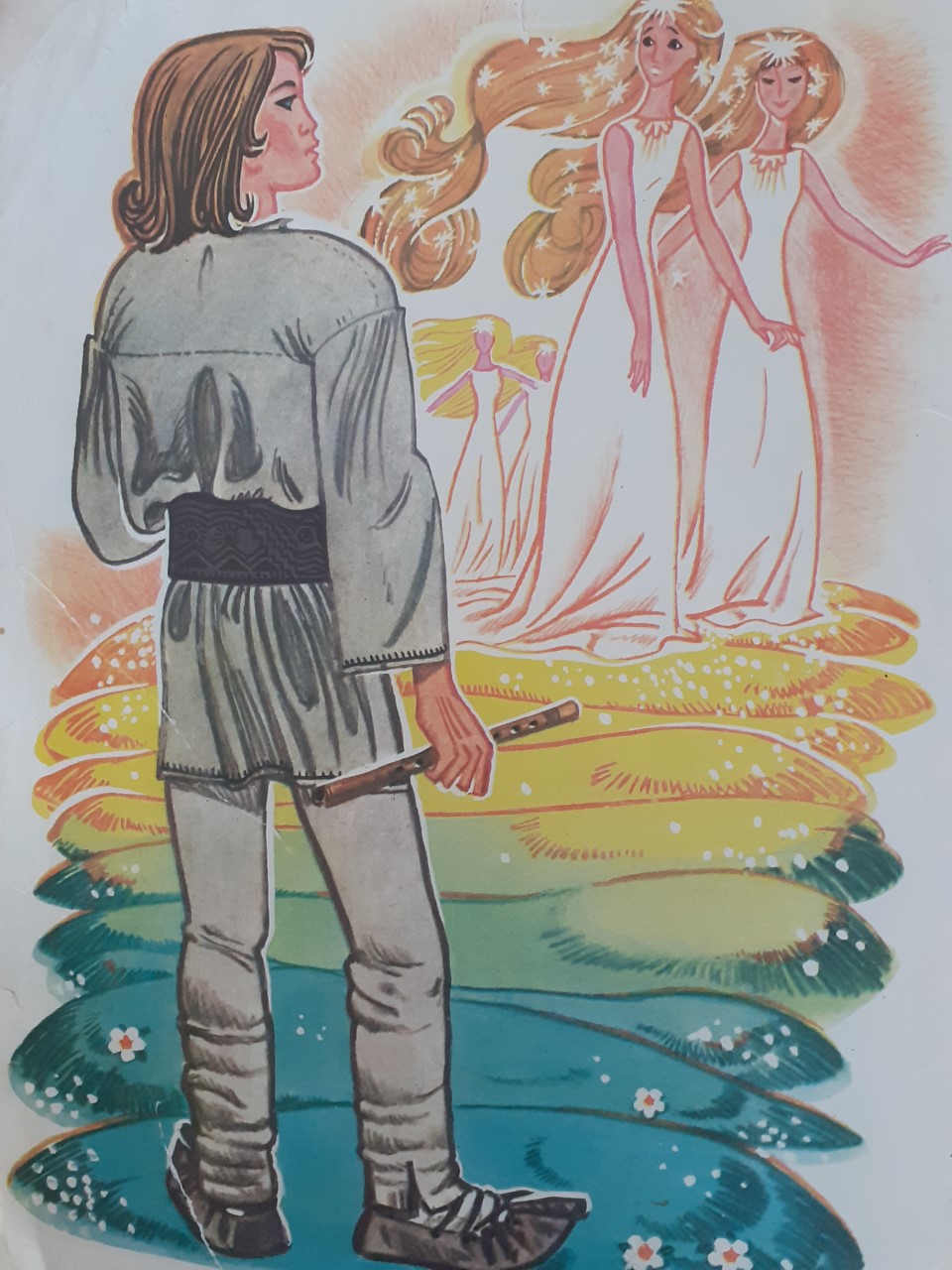 Rose Vane is once again our guest blogger. In this period of global pandemic, adventuresome travel is less available for many of us. So I’m reaching out to fellow writers and friends who live in wonderfully interesting places. Today we’re going to armchair travel to Romania and learn about iele.

If you’re a Harry Potter fan, you’ll remember the famous Quidditch match between the British and the Bulgarians. You’ll probably also remember the cheerleading veela encouraging the Bulgarians. They were a group of breathtakingly beautiful, magical women who enchanted everyone with their hypnotic dance. Too bad the Eastern European team lost in the book. Since I am from Eastern Europe I was actually rooting for those guys…. But nevertheless the veela were one the highlights of that game.

Bulgarians have the word samovila. Linguists confirm that the root –vila appears in several Slavic languages and refers to magical beings. I have always wondered if there is any connection between the Slavic vila and the mysterious Romanian fairies called iele. It’s very possible, since Bulgarian and Romanian lore share many common themes. As do all countries and cultures in The Balkans. 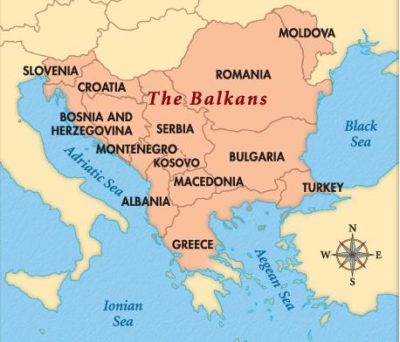 The lore in the entire Eastern European world is a particularly fascinating blend. In Romania we have a rich mixture of Roman, Slavic and (probably) older Thracian elements, among several others.

Two main words in Romanian mythology refer to fairies. The first is zana, with the plural zane. The second is iele, which appears only in the plural.  Zane designate the good fairies who bestow gifts upon mortals. Iele, by contrast, are fairies both feared and revered. Their name is always in the plural because there are at least three of them in most stories. 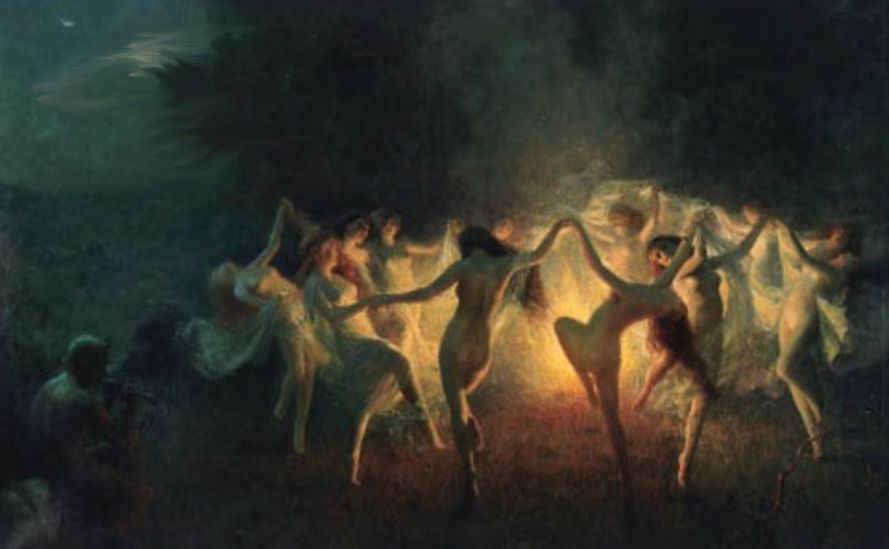 They are particularly mischievous to young men. And they are known to steal children. (Goethe’s baby-stealing Erl King ‘King of the Fairies’, comes to mind.)

Imagine seductive women with long flowing hair who dance in the wind. These airy creatures are enchanting and terrible like the watery mermaids. The iele can take away your sight. And their song can take away not only your hearing but also your wits.

These empresses of the air go by many names: Fecioarele ‘The Maidens’, Vantoasele ‘The Winds’, Frumoasele ‘The Beautiful’, Ocrotitoarele ‘The Protectors’. And, my favorite, Soimanele ‘The Falcons’. 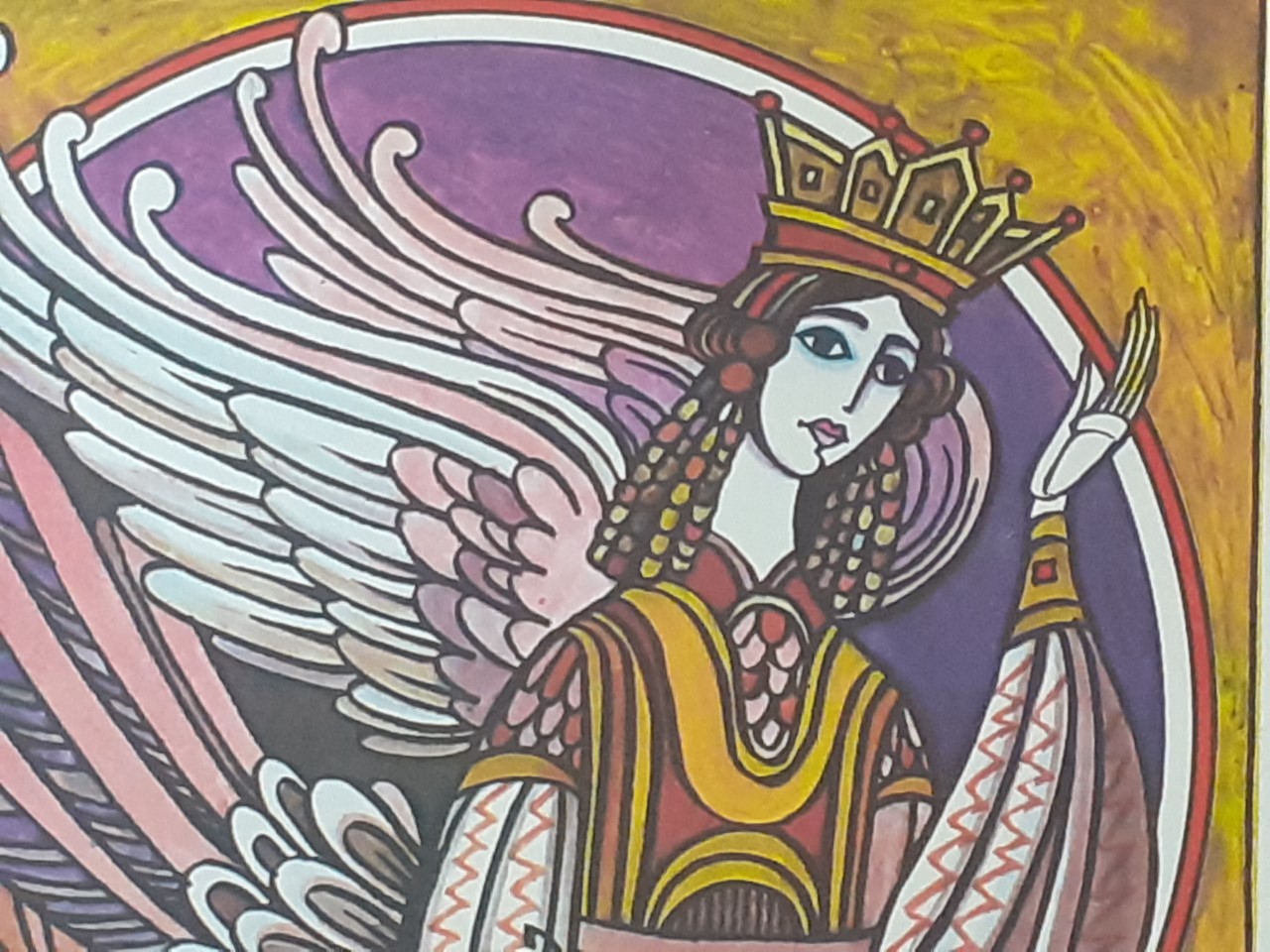 The name iele is something of a puzzle to Romanian mythologists and linguists. One hypothesis suggests the name comes from a Cuman (a nomadic Turkic people) word for ‘wind.’ Another says it come from an Indo-European root referring to movement and change. Yet others underline the connection between the word iele and the Romanian pronoun ele, ‘they/them’ also spelled iele in older Romanian, which comes from Latin.

It is unlucky to speak the names of those magical beings who have life and death power over you. So it is probably no wonder that you hesitate to call them by their true name.

The strategy of not saying aloud the name of the creature you fear or revere is common in many magical and religious texts. And it is a strategy that, I am told, my great-grandmother used when she wanted to curse. Instead of speaking the name of the devil (dracu in Romanian), she used to say hal in her curse. This is a regional variant of the third person pronoun ‘he’. Interestingly, I have found out that hale is actually a regional variant of the name iele.

Are the Romanian iele related to the fairies who inspired Rowling’s veela? And could they be somehow connected to the elves in the Western world? Possibly. One of my favorite Romanian stories about iele is that they used to be the daughters of an emperor called Rusalim, and that they hate all Christians because they abandoned the old faith. The story underlines their pre-Christian origin, which is, even after all this time, still very much part of the way we imagine the world.

By Rose Vane, see also: Fates and Fairies: Mythology for Our Time

For more advice on writing, visit my complete guide on writing a novel.