Gather your friends, pour your beverage of choice, and enjoy a fun discussion of Julie Tetel Andresen's Love After All, as two wary 50ish singles wonder if a spontaneous and panicky business proposition has the potential to become something more.

Spoiler Alert! The following discussion questions may contain spoilers for the book.

Food figures prominently in Love After All!

While you are ‘chewing’ on the discussion questions, chew on some of the treats you might find at one of Gino’s New York City restaurants or at one of Laurel’s beloved Durham dining establishments! 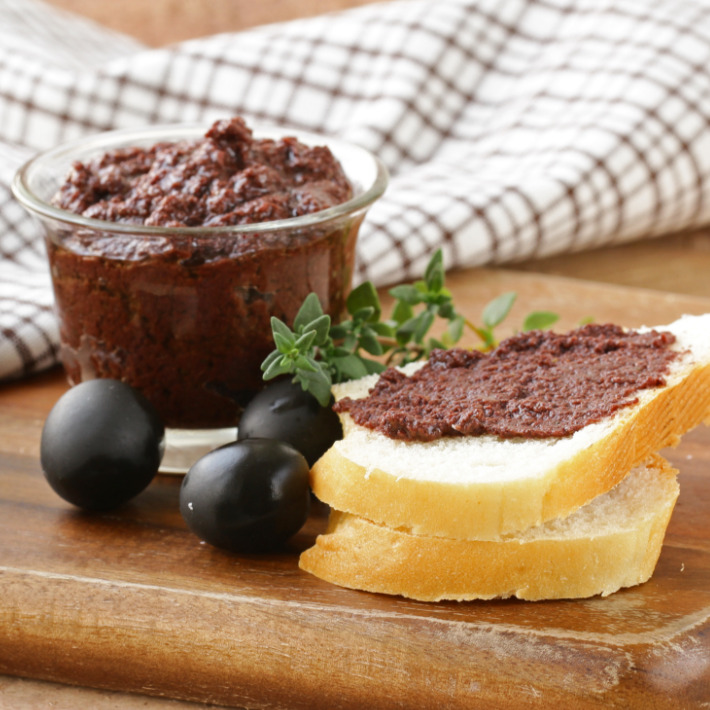 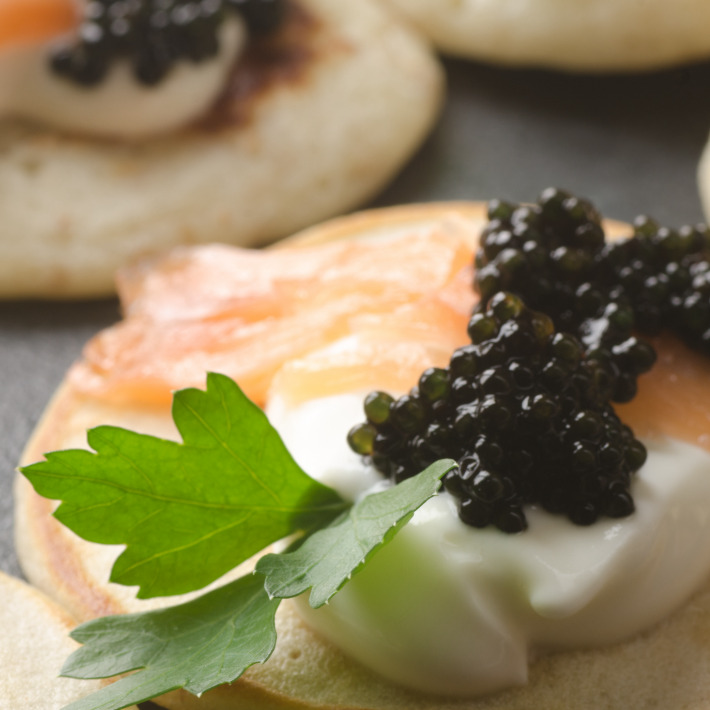 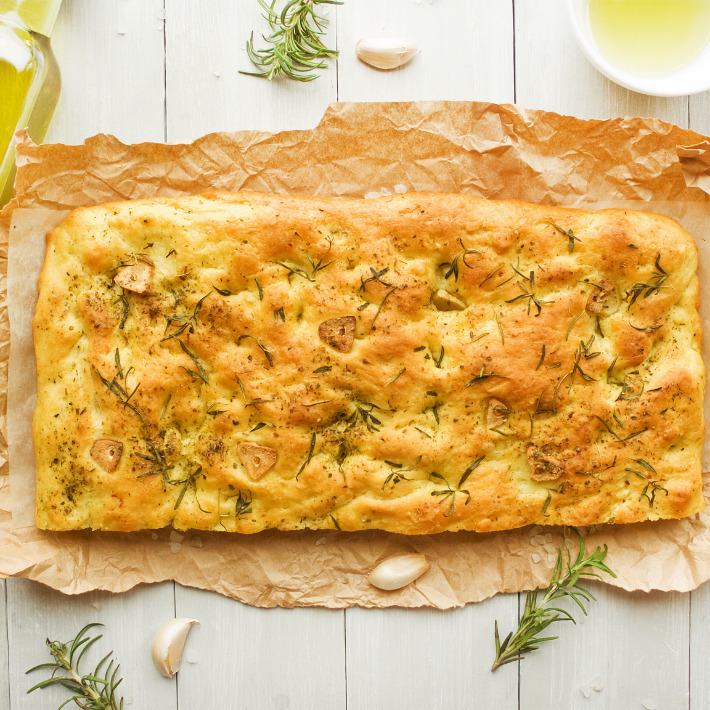 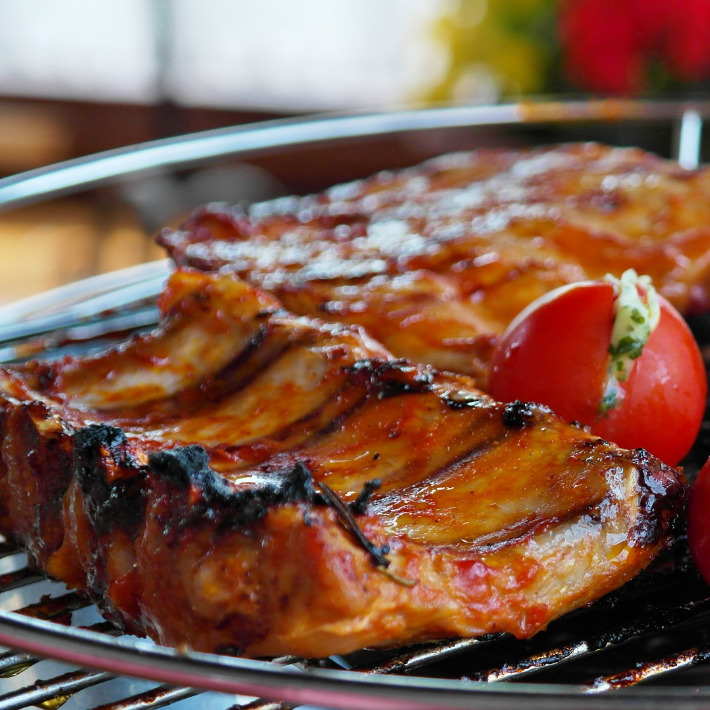 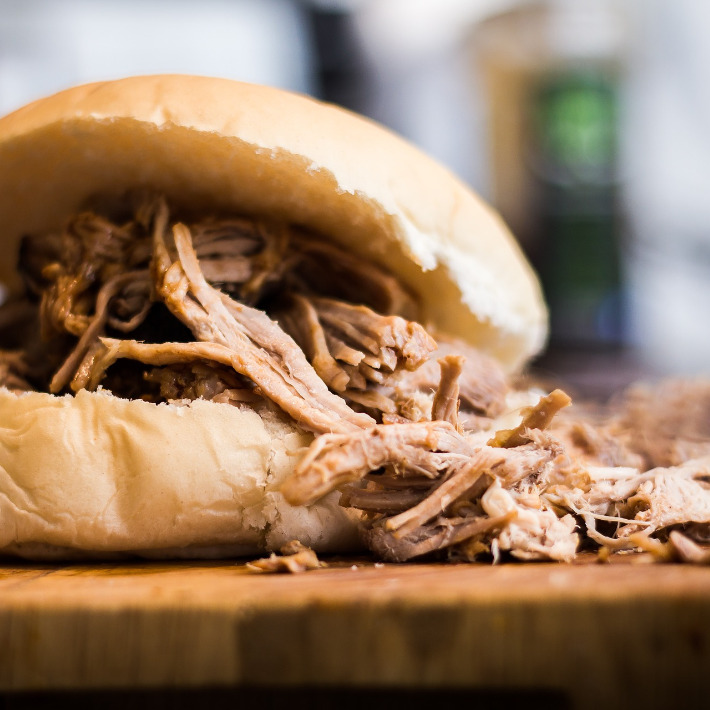 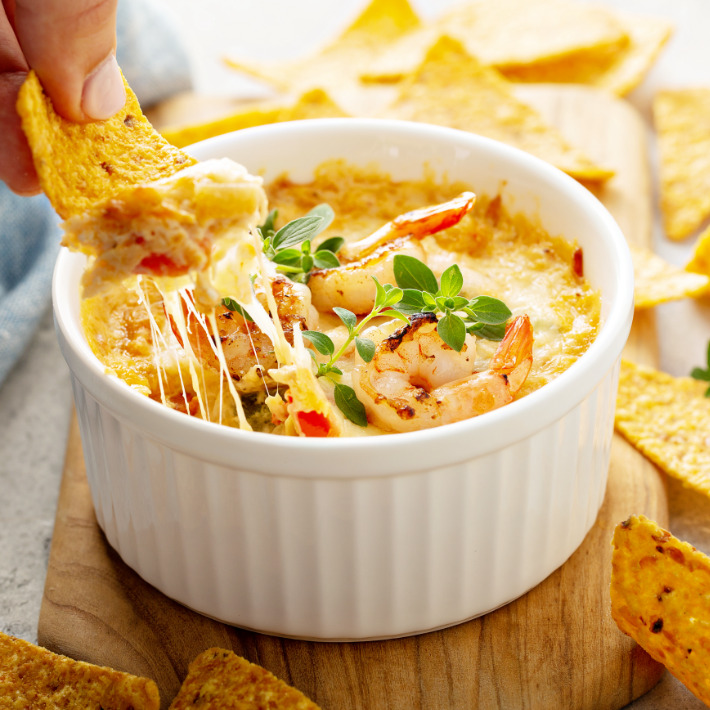 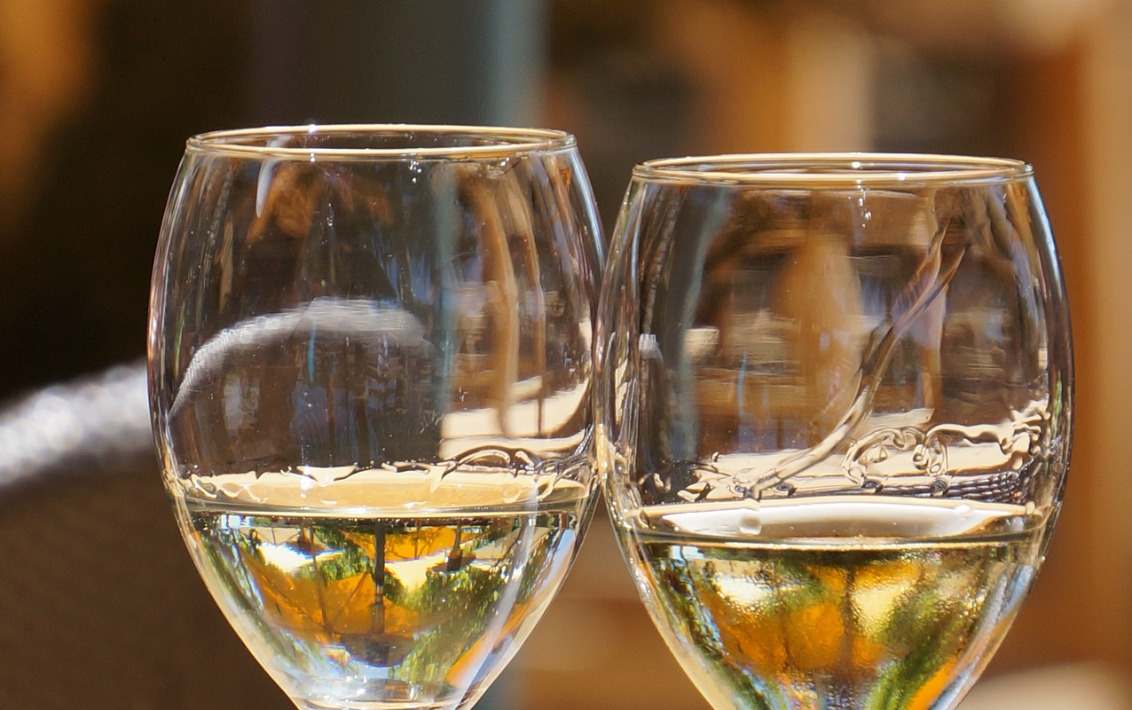 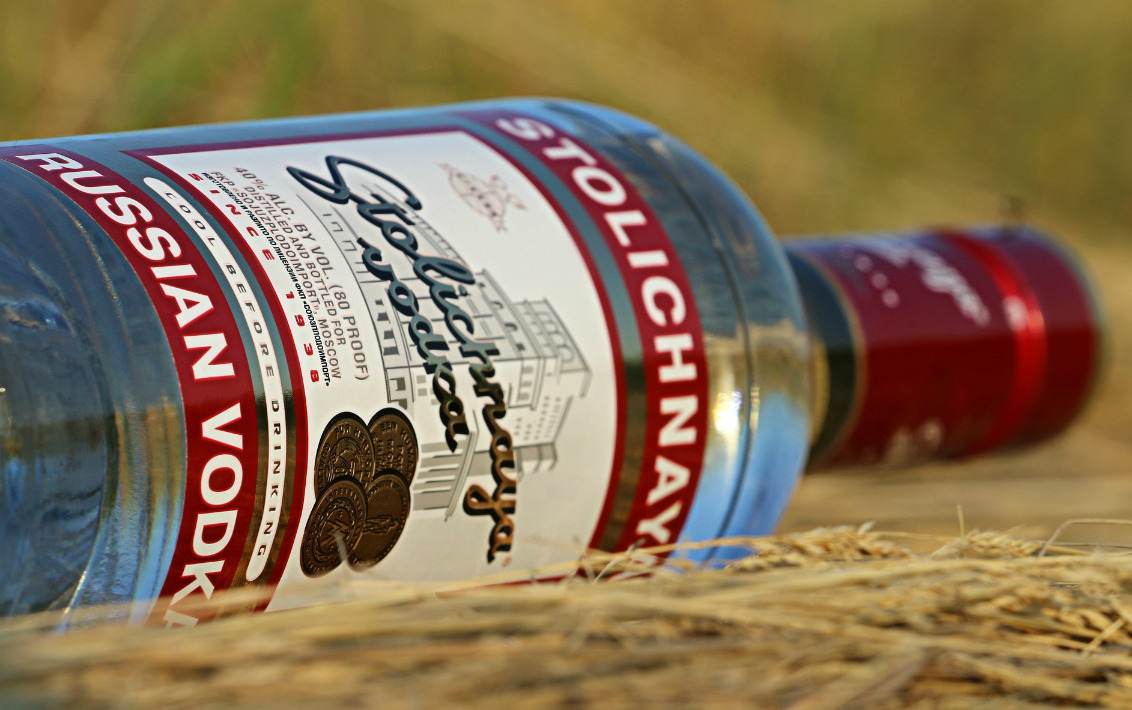 A CONVERSATION WITH JULIE TETEL ANDRESEN

Love After All's main character, Laurel, has a lot in common with Julie herself! Here's what Julie has to say in her blog post "Cameos":

"So, she's not me, but she's close, and her character was not a stretch. She's divorced which I am not (my husband died), but she lives alone, as do I. She loves her research, does yoga, and likes to go out to eat with friends. If she thinks something, it's usually because I've already thought of it or would think of it and, in fact, did think of it as I was writing the story."

Read on to learn more about Julie and the world of "Love After All"!

Julie loves hearing from her readers! Connect with her through her website at www.julietetelandresen.com

If you're also into writing and yoga, check out Julie's IGTV series Vinyasa Writing!

THE WORLD OF LOVE AFTER ALL

Laurel and Gino unabashedly love all that New York City has to offer! As the city returns to life after the long, dark months of the pandemic, New Yorkers and visitors are busy rediscovering all that they love about the city as well. Here are just a few of the people, places, and sights of NYC as mentioned in Love After All to help you kindle (or rekindle) your own love for the Big Apple!

Read more about Danny and his restaurants in Julie’s blog posts HERE and HERE.

You might have visited one of his Union Square Hospitality Group restaurants:

Laurel and Gino are both art lovers, although when it comes to art, as well as with their many other interests and preferences, they have their distinct tastes and have to figure out compromises!

Enjoy browsing these art museums and art works referenced in Love After All. 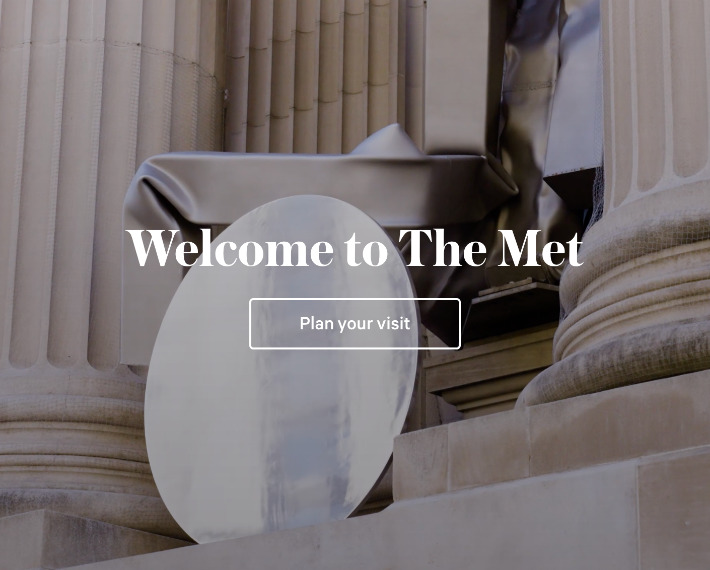 Titian: Venus and the Lute Player 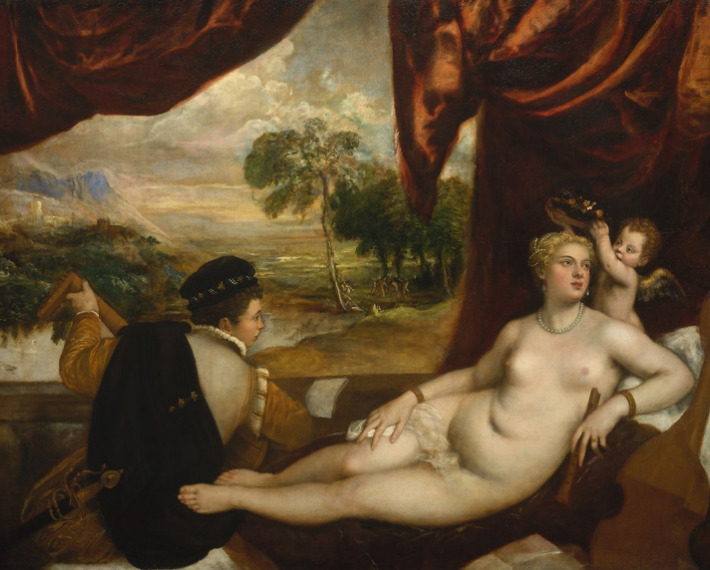 Titian’s painting of Venus and the Lute Player defines Gino’s view of sensuality. If you are in New York, check it out at The Met. 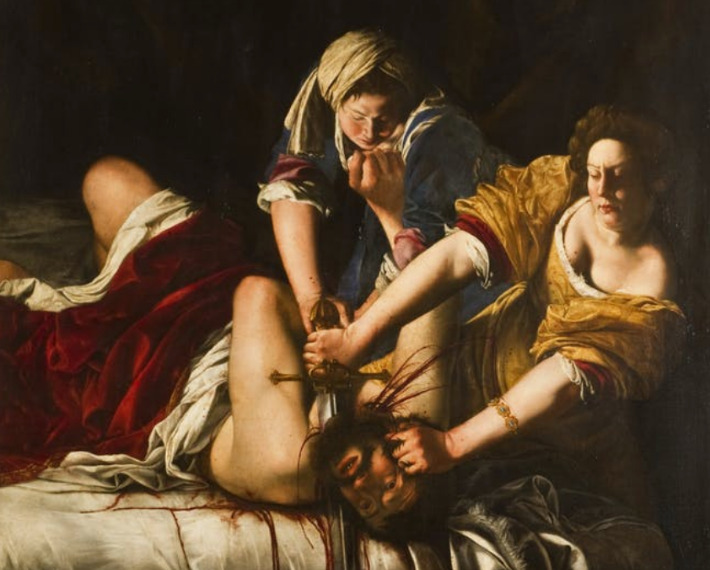 Laurel’s takedown of her ex-husband Thomas reminds Gino of the terrible, yet magnificent anger on display in this disturbing, ruthless Biblical image of the Jewish woman Judith slaying the Assyrian general Holofernes. To see the painting in real life, you’ll need to visit the Uffizi in Florence. 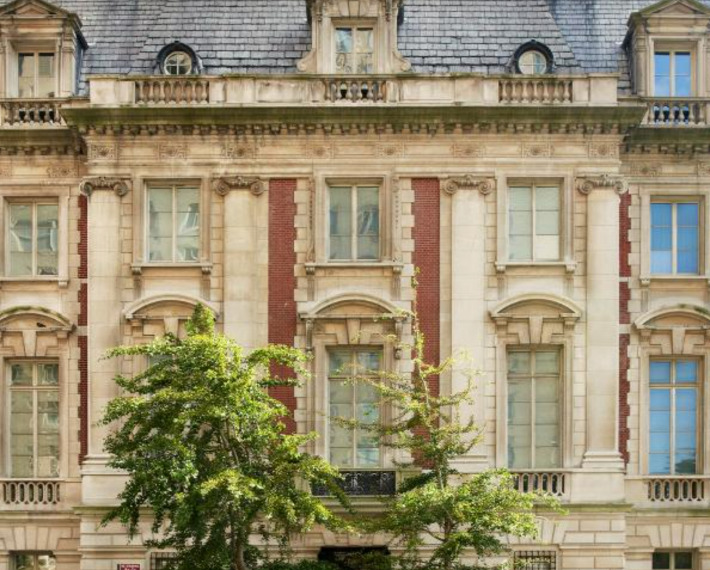 Just in case Laurel needed a sensual nudge in the right direction, Gino was ready to suggest a visit to the Neue Galerie Museum for German and Austrian Art, and an exhibition of erotica. 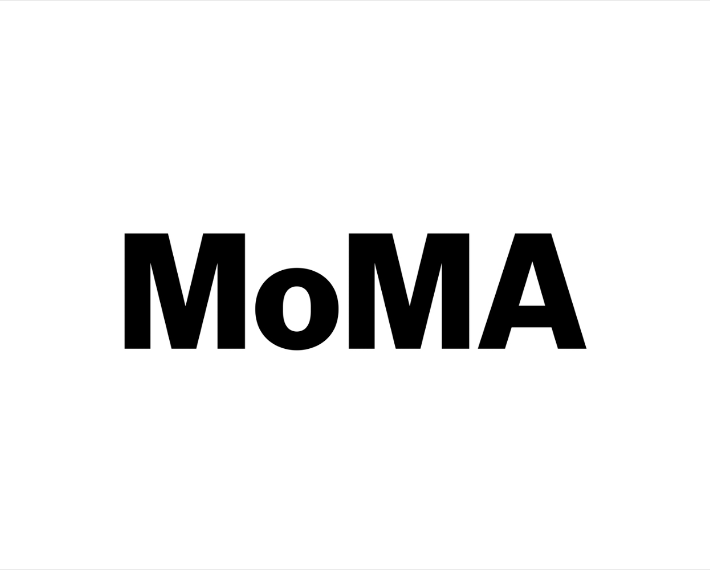 Laurel and Gino never quite make it to the Museum of Modern Art to see an example of Laurel’s favorite art style - abstract impressionism. Here’s a summary of what they might see when they do go – or when you do!

The Room Where It Happened... 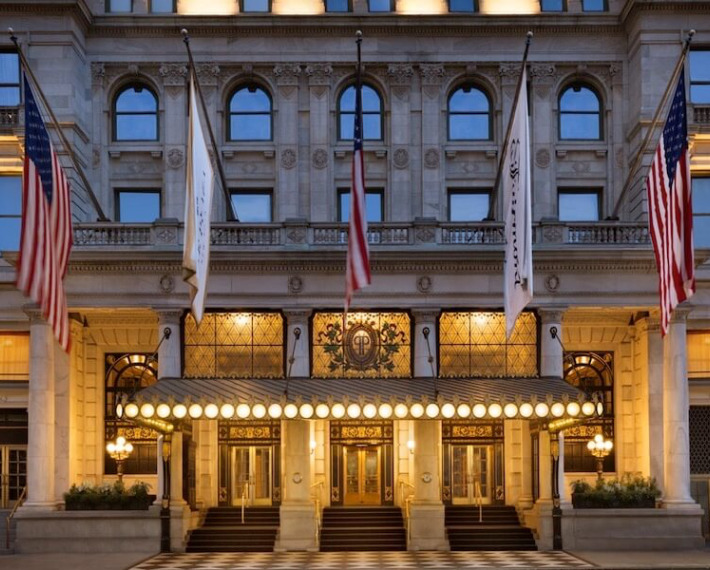 They do, however, make it to the famed Plaza Hotel! 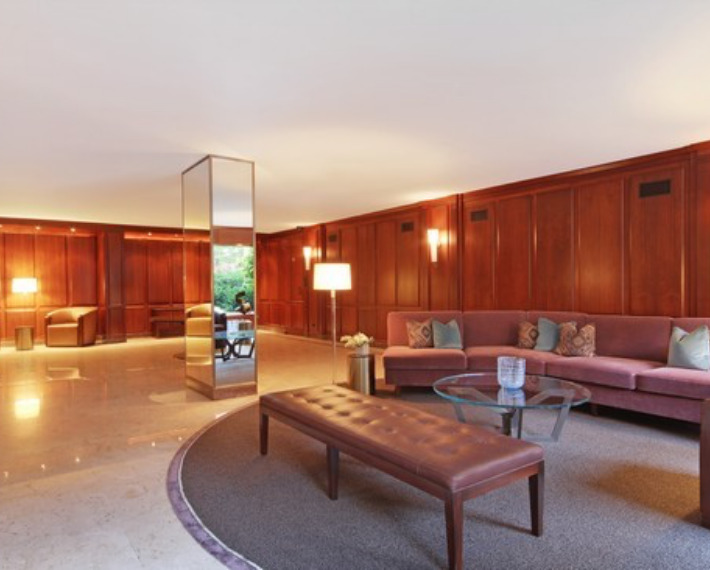 Laurel and Gino both live in The Brevoort East, a real-life co-op in Central Greenwich Village. Want to take a look? Here’s the link: http://www.20east9.com/v2/

Have you ever lived in or visited Greenwich Village? What impressions would you share with your group? 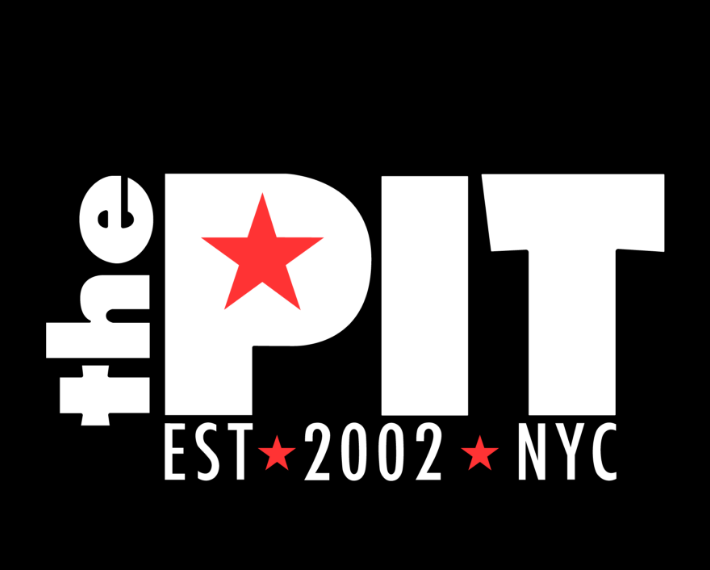 If you rock games like Charades where you must act out a word, phrase, or scenario for others to guess, maybe you are ready for improv! Here’s an introduction to Peoples Improv Theater, where Laurel takes her improv classes. 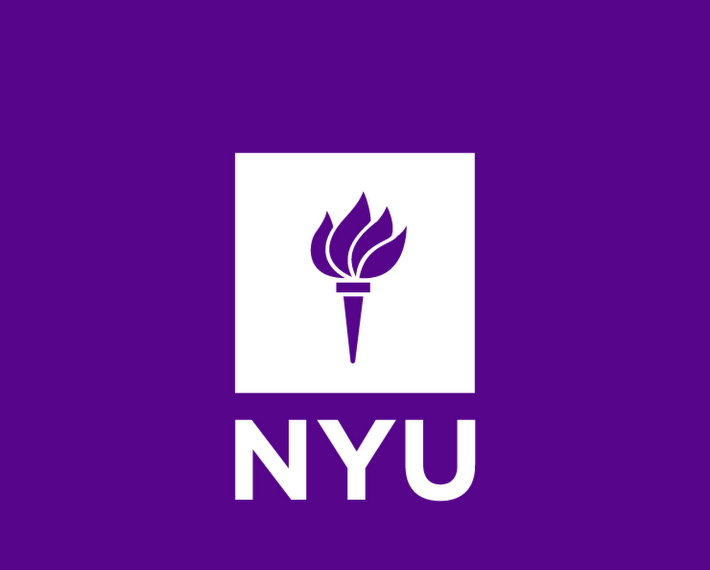 Laurel serves as Dean of the Humanities at NYU. If you’re living in or visiting New York City, check out the university and iconic Washington Square Park in the heart of campus.

St.Paul's Chapel "The Chapel That Stood" 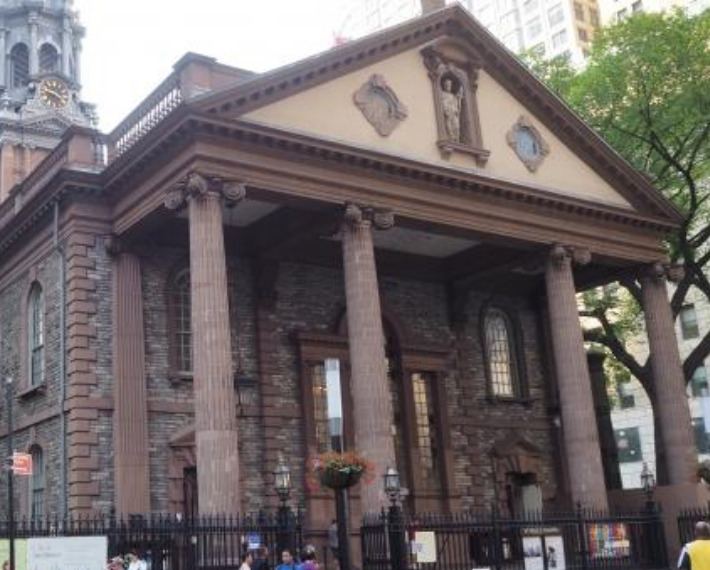 Following the attack on the World Trade Center towers, St. Paul’s Chapel (the ‘sacred space' near Gino’s restaurant, All American) played an essential role in comforting, supporting, and serving rescue and recovery workers. Read this inspiring story of hope and help. 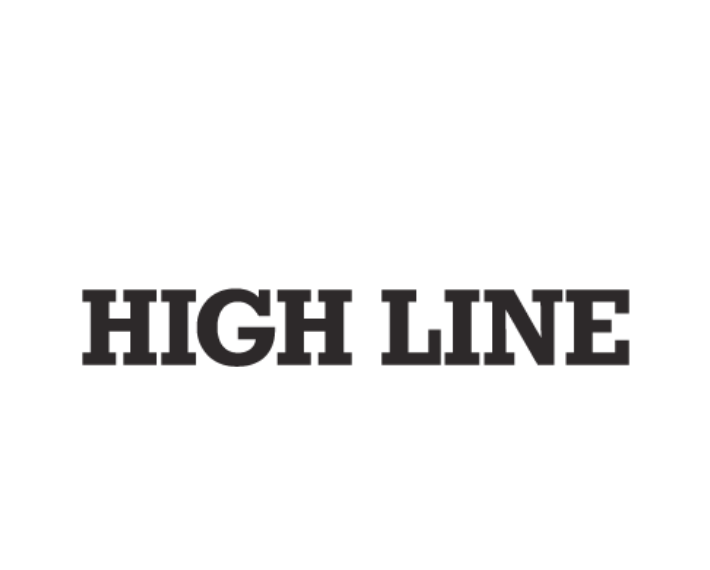 The High Line, where Laurel walks out her blues, is a popular elevated 1.45-mile rail trail and greenway located on the west side of Manhattan. It’s always a happening place, in every season! 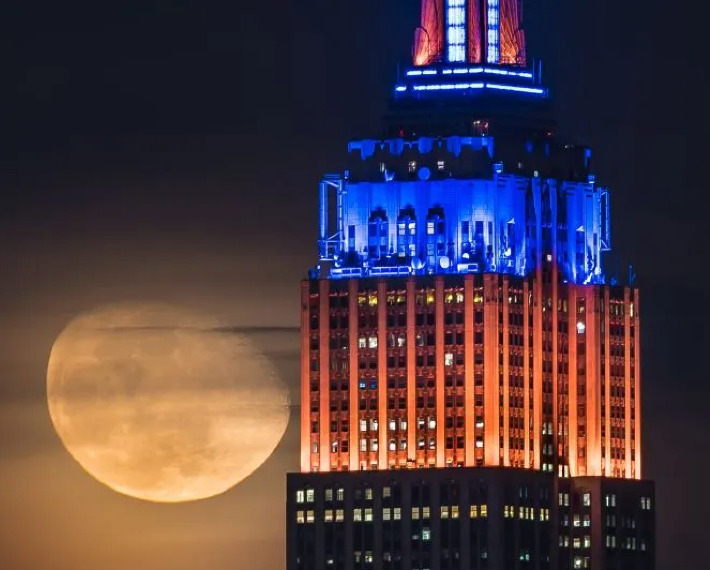 From her Brevoort East condo, Laurel can see the lights of the Empire State Building and the firefly-like flashes from tourists taking photos. 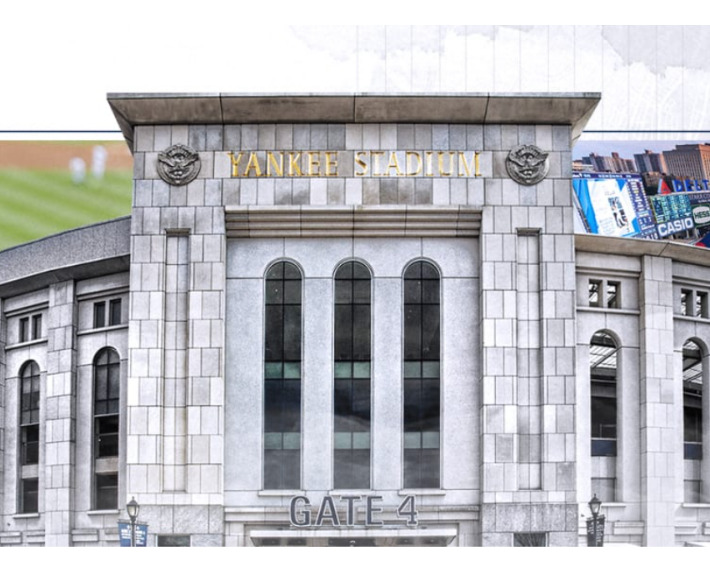 Gino is a diehard Yankees fan, and organizes work obligations around home games at Yankee Stadium!

Laurel is amazed and impressed at the renaissance of Durham, NC in recent years, and there is no better time to see it than in spring. Enjoy every kind of dining experience – and you might especially want to try the Carolina pulled pork and barbecue for which the area is so famous. 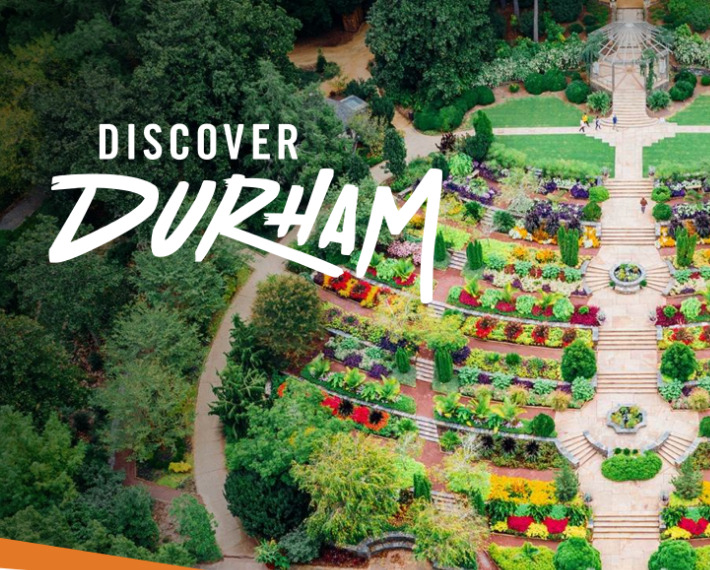 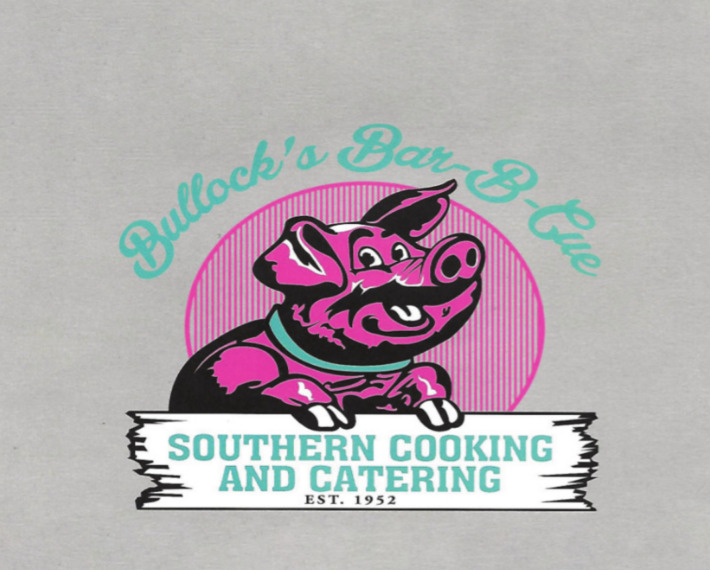 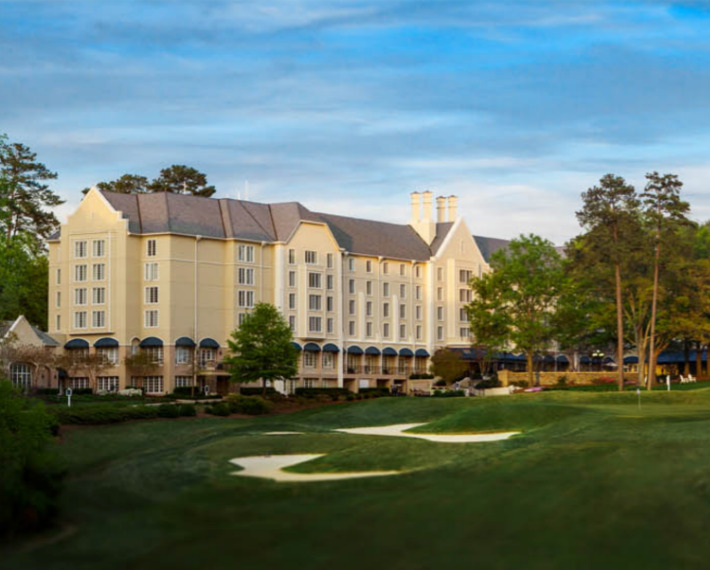 For those looking for a first-class golf experience right on the Duke University campus, Gino can vouch for the Washington Duke Inn and Golf Club. Unfortunately for Laurel, her ex-husband ruins what would have been a very comfortable read in the bar. 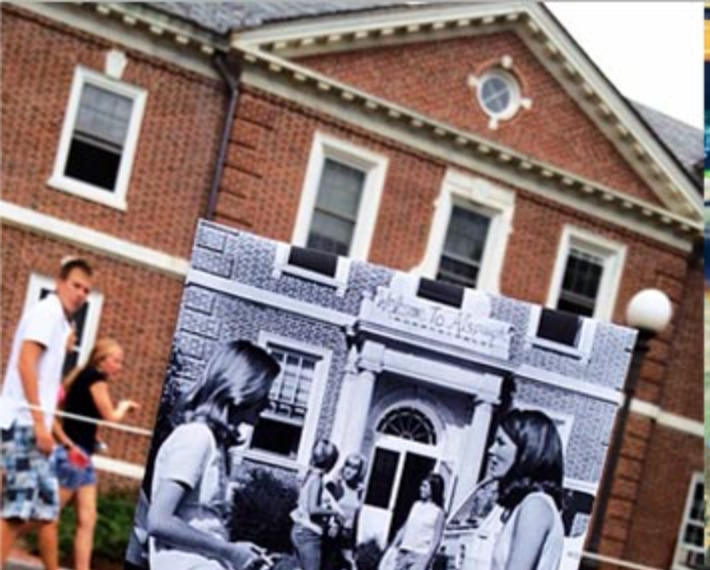 Laurel takes pride in Duke University, her alma mater, and enjoys showing Gino its beautiful campus. Read more about the university and its history, and plan to visit if you are ever in the Durham area. 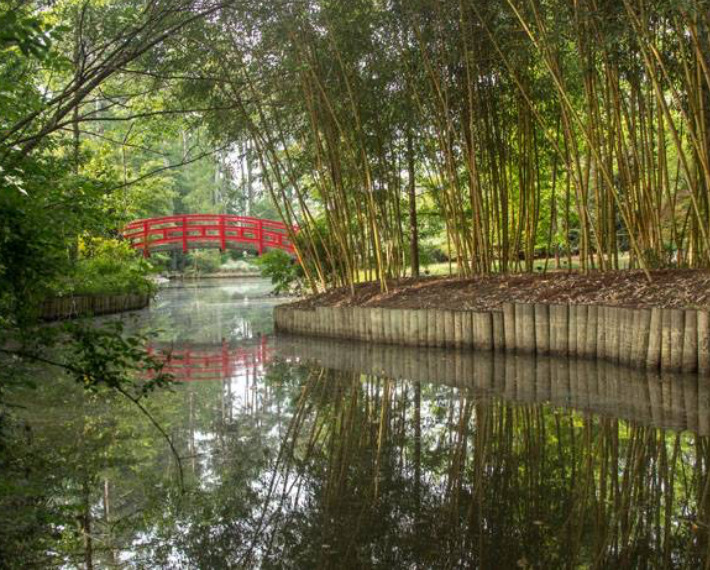 Laurel and Gino can’t help but warm up to each other during a romantic spring walk in Duke’s magnificent 55-acre botanical gardens, found right in the heart of the campus. Learn more about the gardens – they are a Durham must-see, especially in the spring!