Mulhouse (pronounced: moolooze) is near the top of the map in France, a bit north and west of Basel. It is in the historic province of Alsace.

Since I was hanging around Basel for a few days, I decided it would be a good idea to do a day-trip to Mulhouse, France, since it’s only a 25-minute train ride from Basel. Immediate point: not all my ideas are good ones.

First – and this is no fault of Mulhouse – it was very cold and dreary with a bitter wind blowing. Here’s a Mulhouse view of the icy Rhine that also flows through Basel. 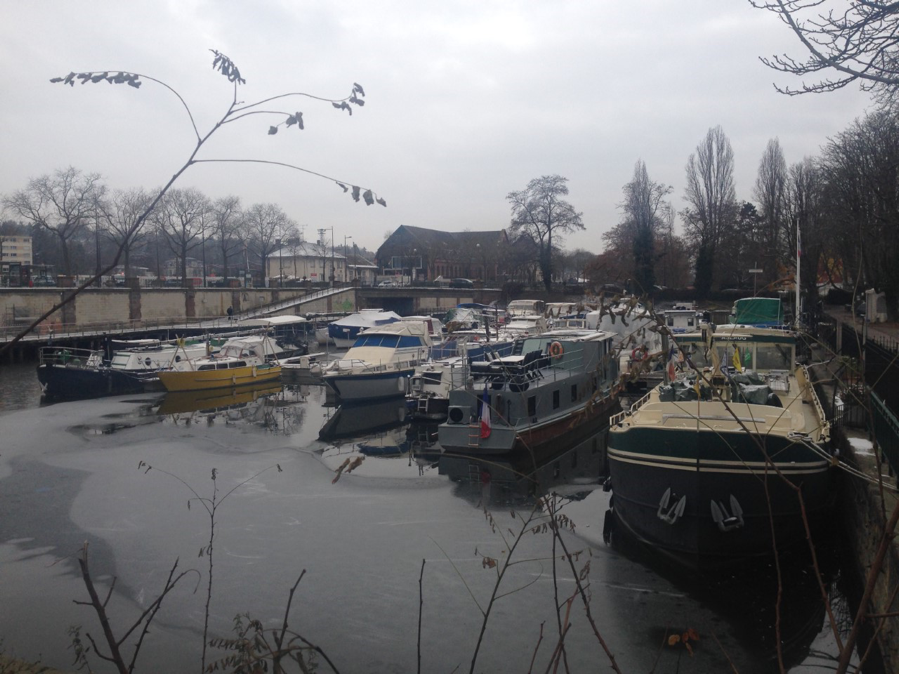 Second – and this is again no fault of Mulhouse, because it doesn’t exactly bill itself as a tourist town – there was pretty much nothing to do or see there. The main square has some cute buildings: 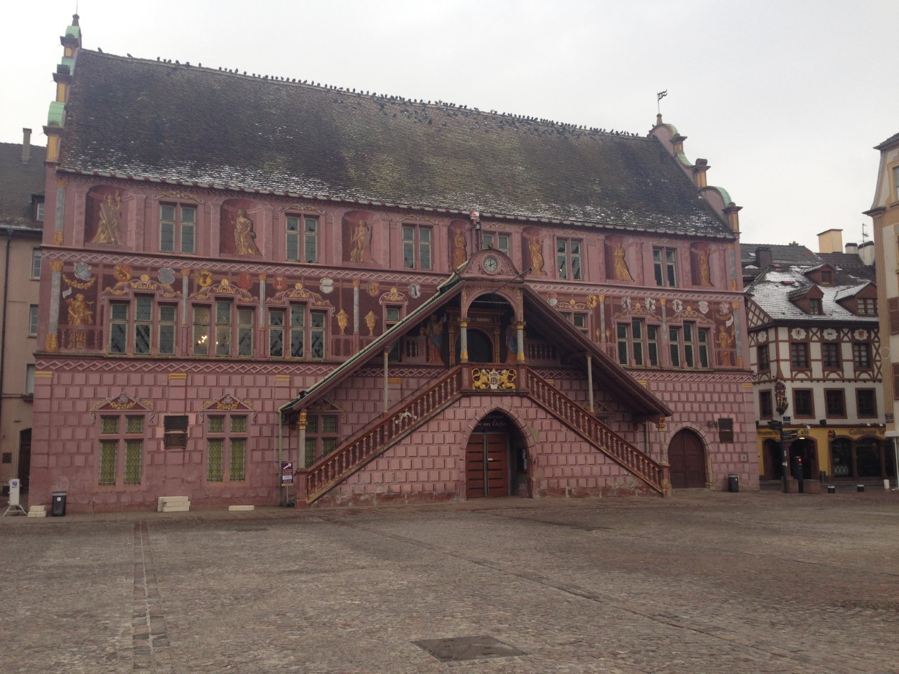 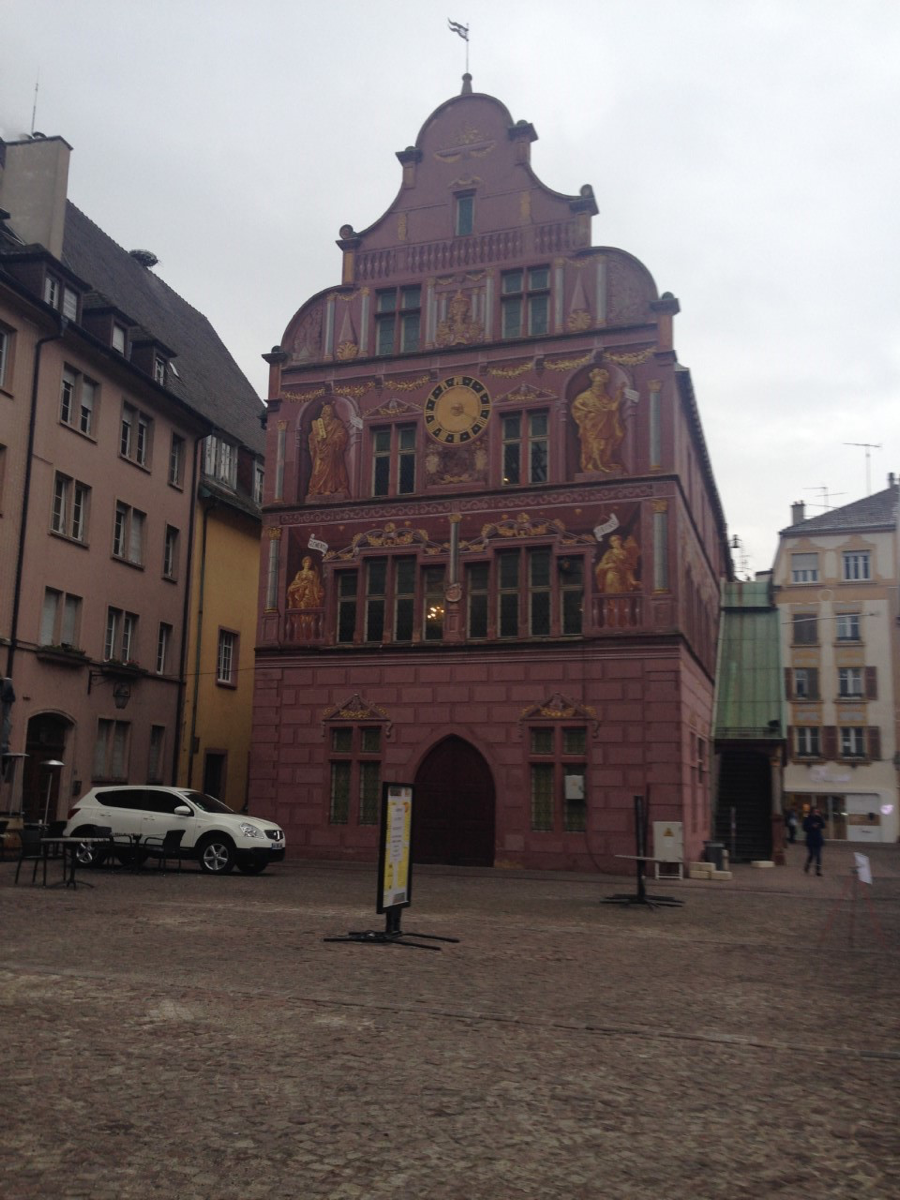 Other buildings on the main square: 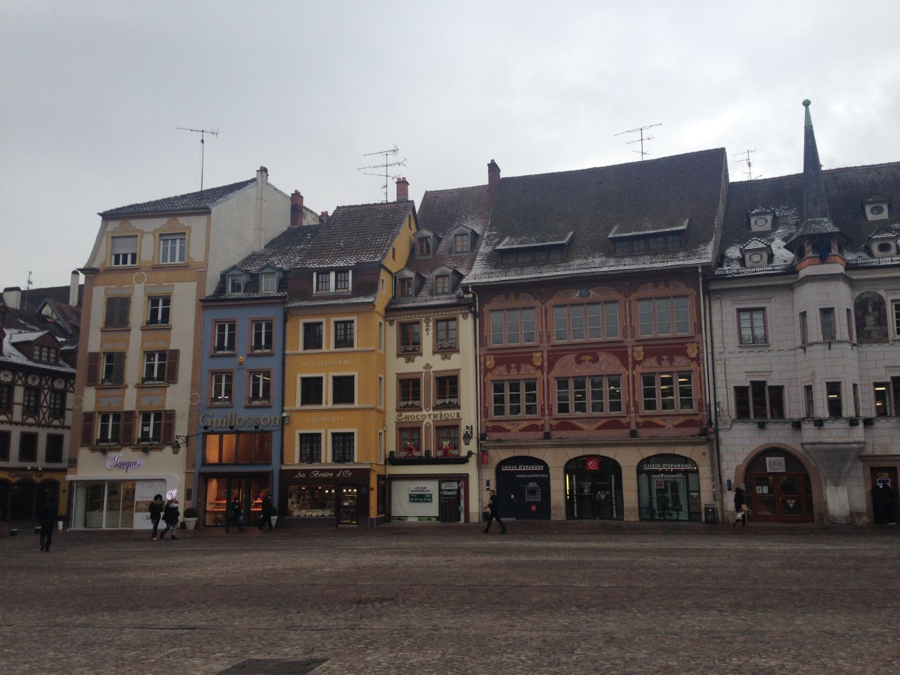 Once I’d spent two minutes there I was done. The pedestrian zone had some buildings that I took as traditional Alsatian architecture. 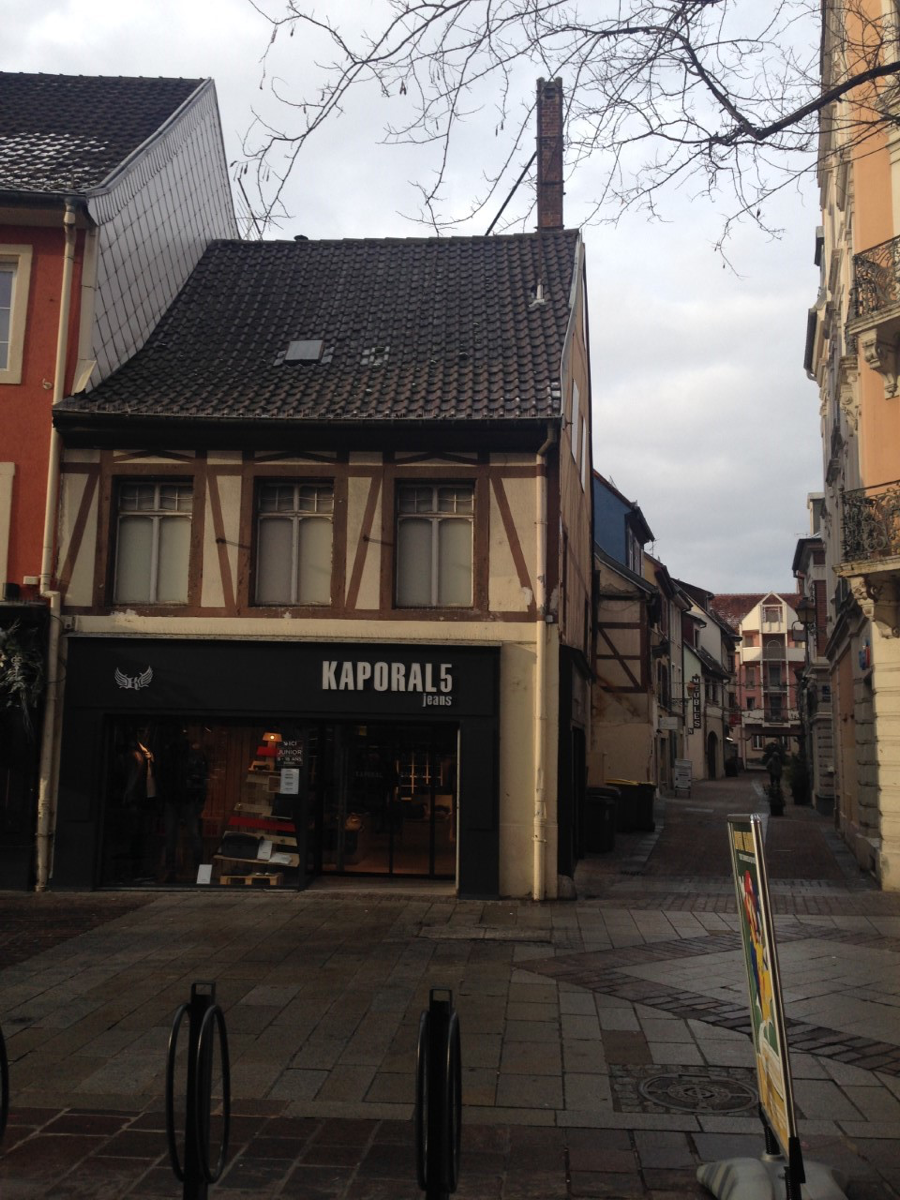 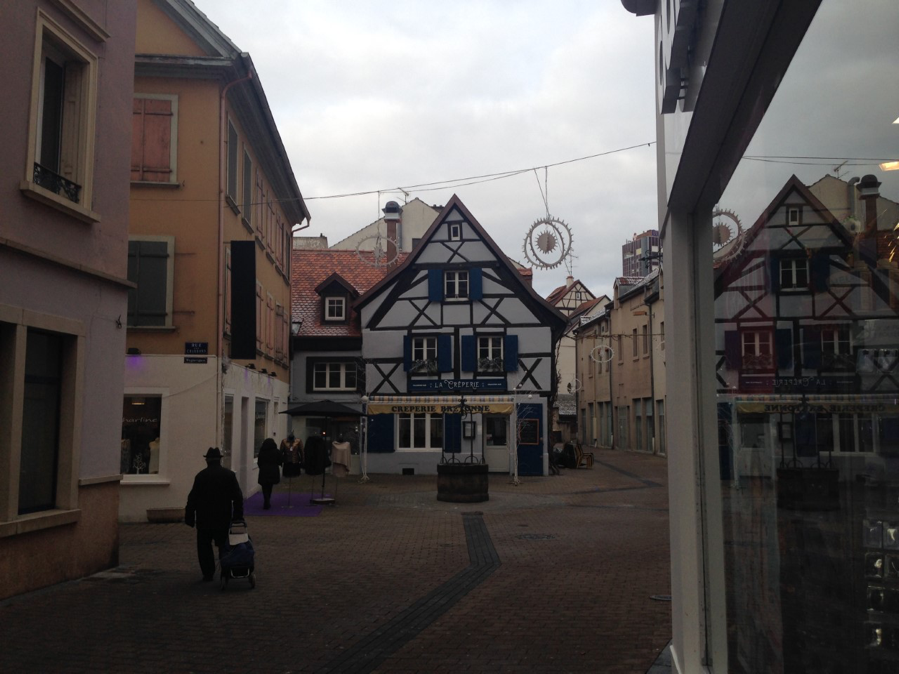 The well in front adds a nice touch. By the way, I note the Crêperie is Bretonne (not Alsacienne) – breton crepes being better?

There was a nice, if completely gray view, of the cathedral spire over the pedestrian zone. 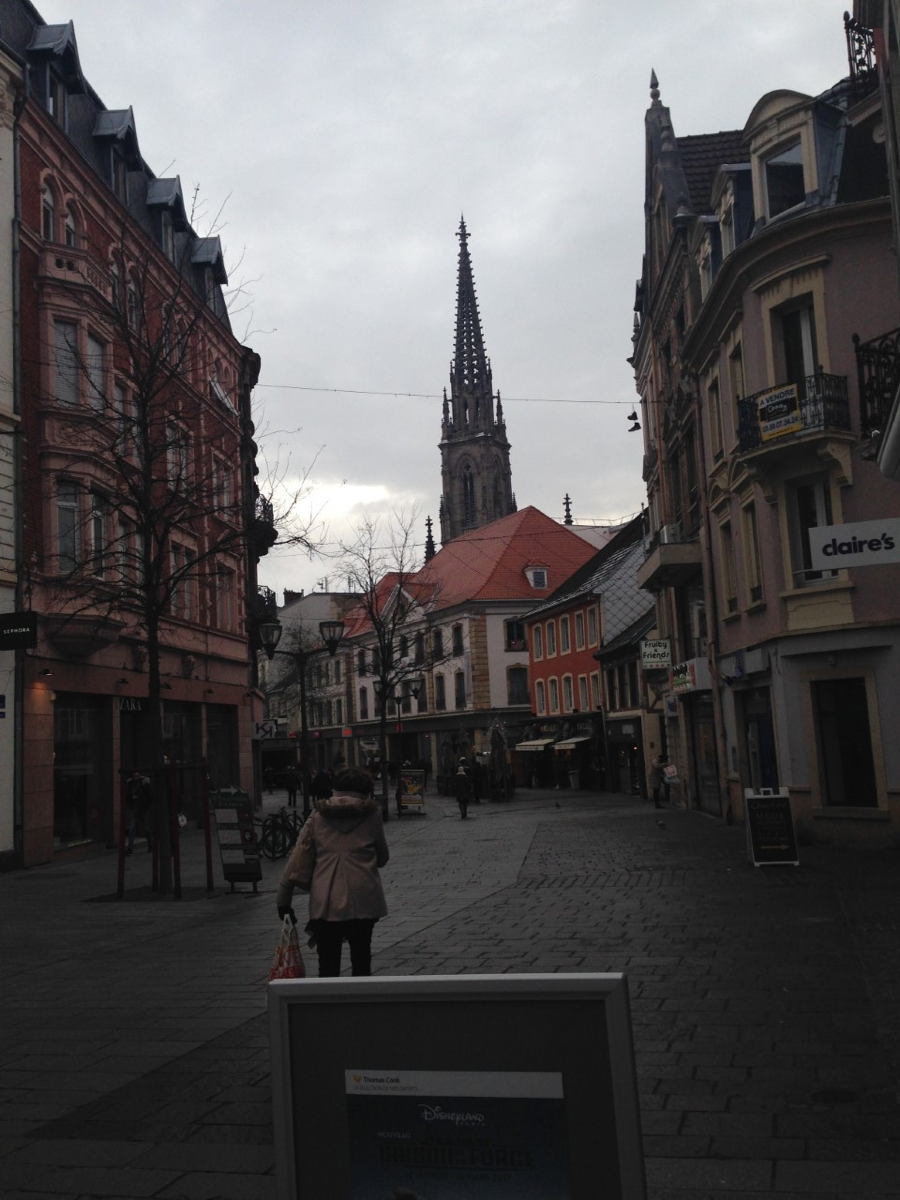 The main body of the cathedral itself is shrouded in plastic, apparently undergoing a cleaning.

I took a mild interest in the street signs, which included what I am going to call the local variety of Alsatian, a Germanic language. 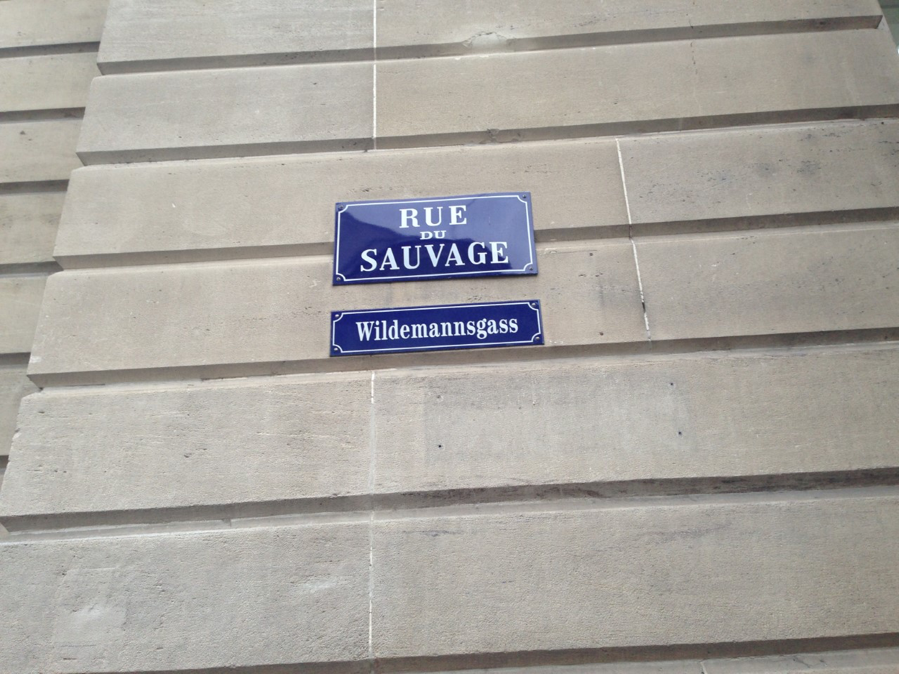 Both versions of the street name are transparent to English speakers, because English is a Germanic language with many French borrowing and has both ‘wild man’ and ‘savage’ in its lexical inventory. Gass (standard German Gasse) = rue = street.

Does anyone speak Alsatian anymore? My guess is, it exists only on street signs.

When I pronounced the name of this store, I took half-a-second’s interest to notice it sells underwear. 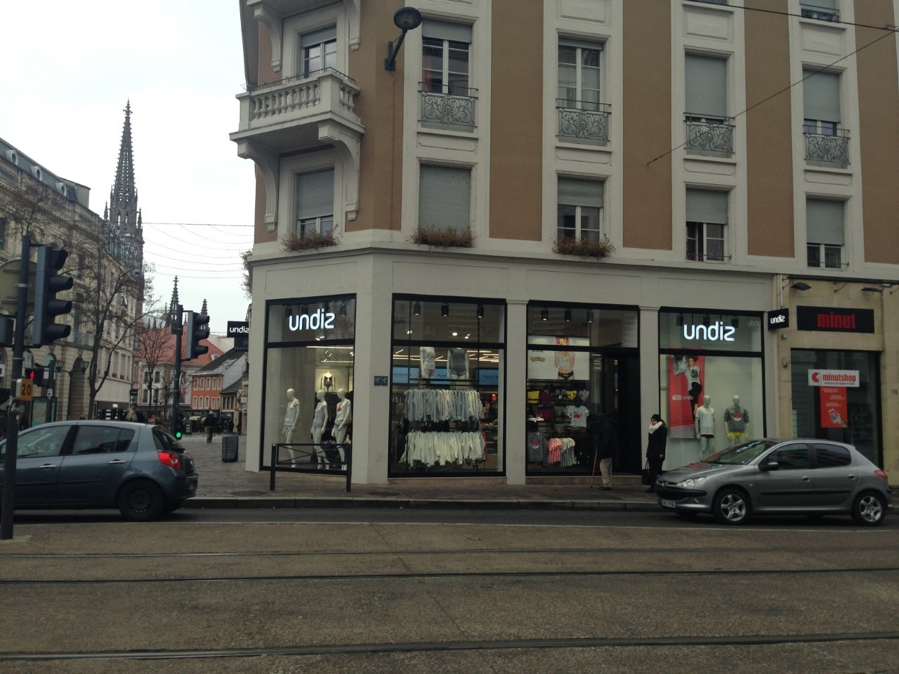 Right outside the train station there is a reminder that Alsace was on the front lines of World War II – and presumably World War I. 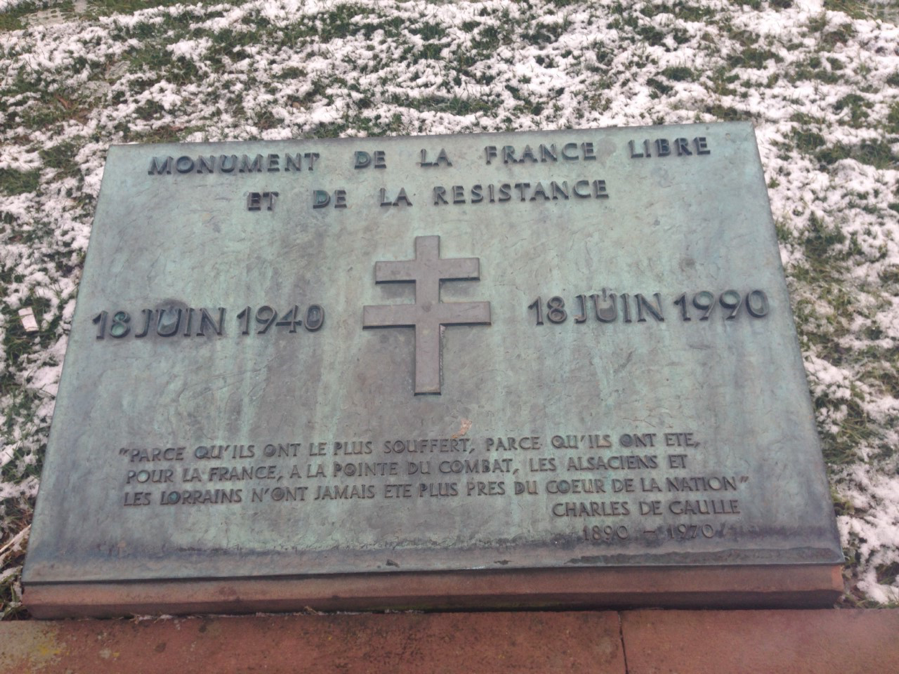 The Charles de Gaulle quote: “Because they suffered the most, because they were, for France, at the point of combat, the Alsatians and the Lorraines were never closer to the heart of their nation.

Otherwise, my experience there was slightly less enjoyable than my 8-hour layover at Dulles between Florida and London at the beginning of the week. Oh, no, Mulhouse, I did not just insult you to such a degree! Let me amend it by saying you were a little more interesting but a lot less warm and comfortable.

Anyway, the other day when I was at the Basel train station buying my tickets for Geneva, I now understand the reaction of the agent when I said I also wanted to buy a round trip to Mulhouse for the next day.

“Mulhouse?” he repeated with a smile nicely blending skepticism with surprise.

I’m back in Basel, Switzerland, and I’ll end with random observations from the past few days: 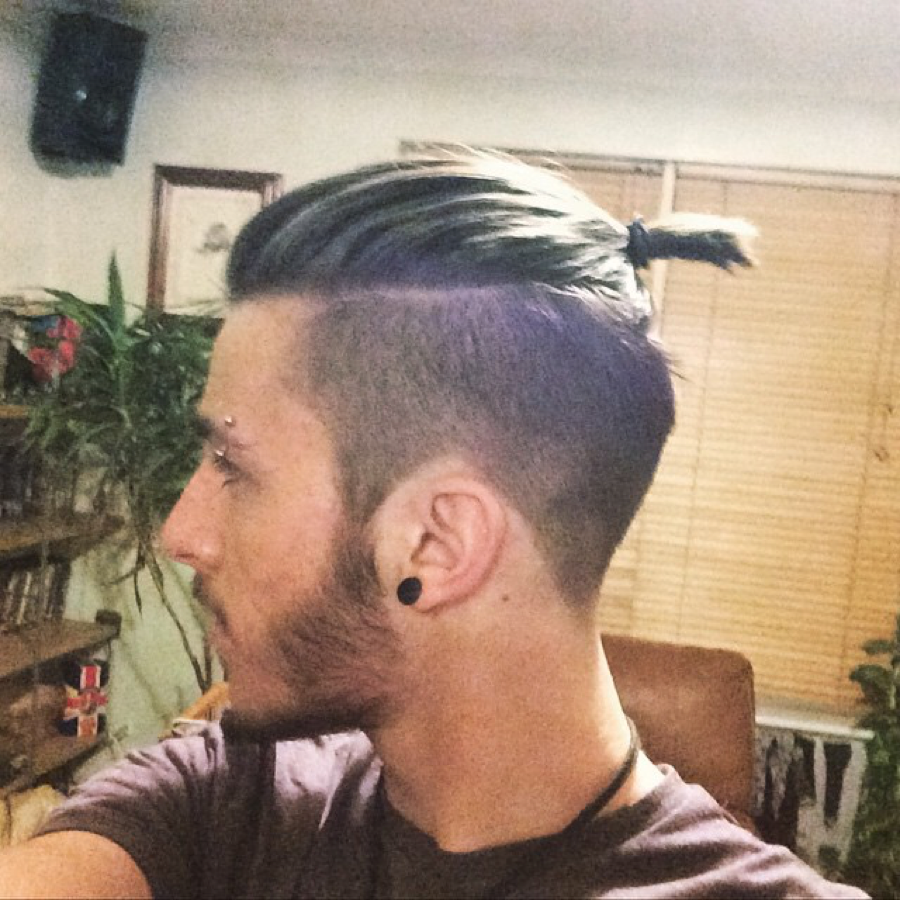 At the train station today I saw a version of it on a girl. She had shaved sides and a massive braid from the top down the middle of her back.

The French word for app is appli, while the German word is apparently Abo – in case anyone needs to know.

German goes in for long words. Here’s a doozy from a store near my hotel in Basel: 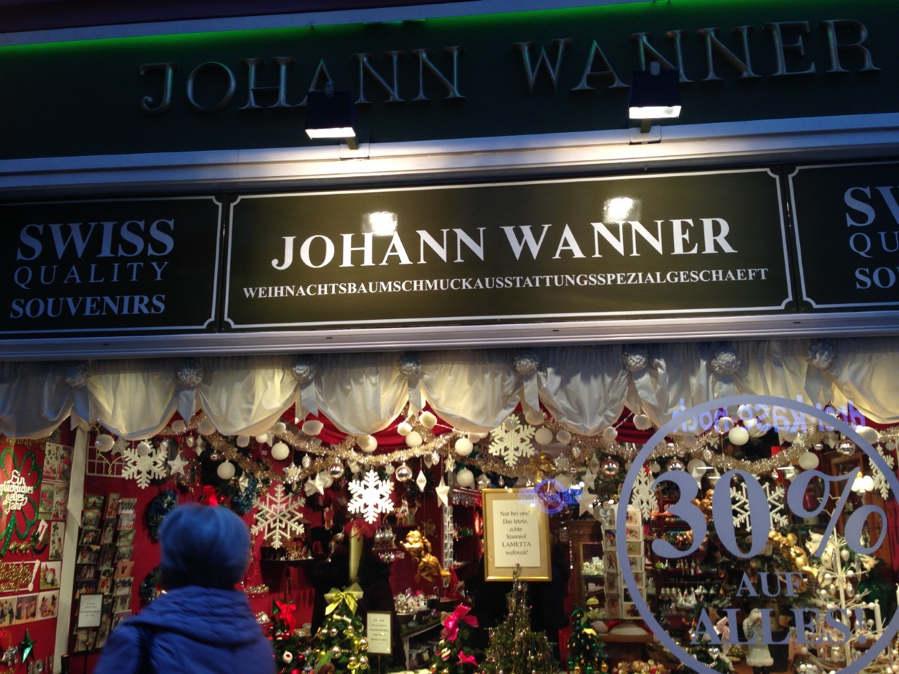 Let’s break it down.

Schmuck = jewelry = ornaments (in the case of Christmas trees)

Put it all together and you get: A Christmas Tree Ornament and All Things Christmas Specialty Store

This morning I got a picture of the chocolate in the Läderach window next to McDonald’s on the main square that I mentioned in my previous blog. They have magnificent piles of what I can only describe as bark in all flavors. Lovely! 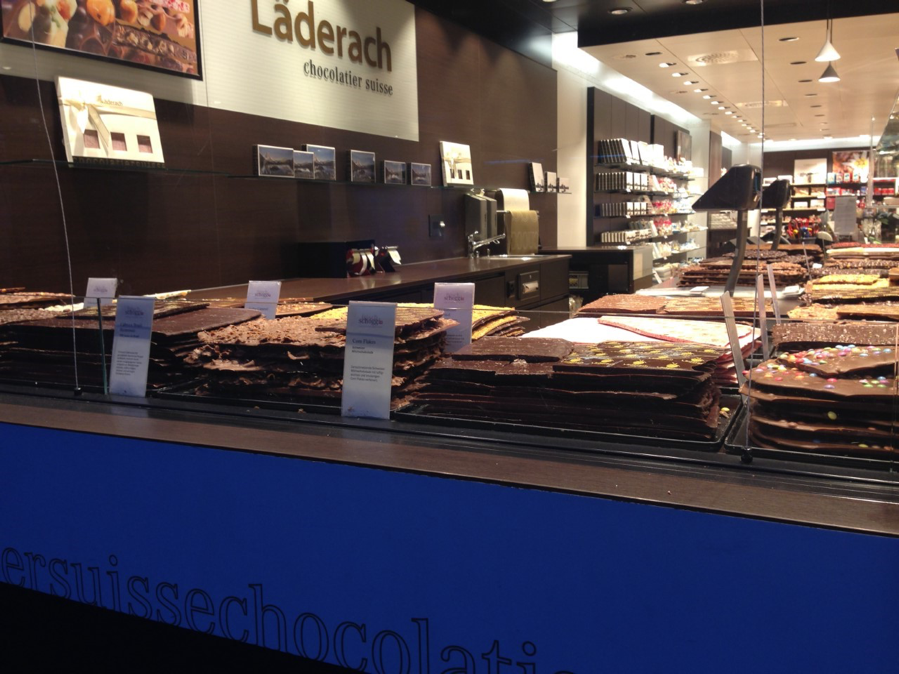