My recent visit to Azerbaijan inspired this blog. As I drove through Baku with my guide, Basran, he would occasionally gesture at crumbly old buildings and say, “Soviet junk.”

How have they been dealing with their Soviet junk? The answers are varied, and there is a clear winner.

When I first arrived in Ulan Bator in 2014, I thought to myself, “Hey, I’ve seen this all before,” namely in Romania and Russia. It was as if there had been a single architectural plan for the whole of the socialist world, one without imagination or aesthetics.

This type of building is pretty much what you see everywhere in UB. My apartment was in one. The interiors are, in a word, depressing. 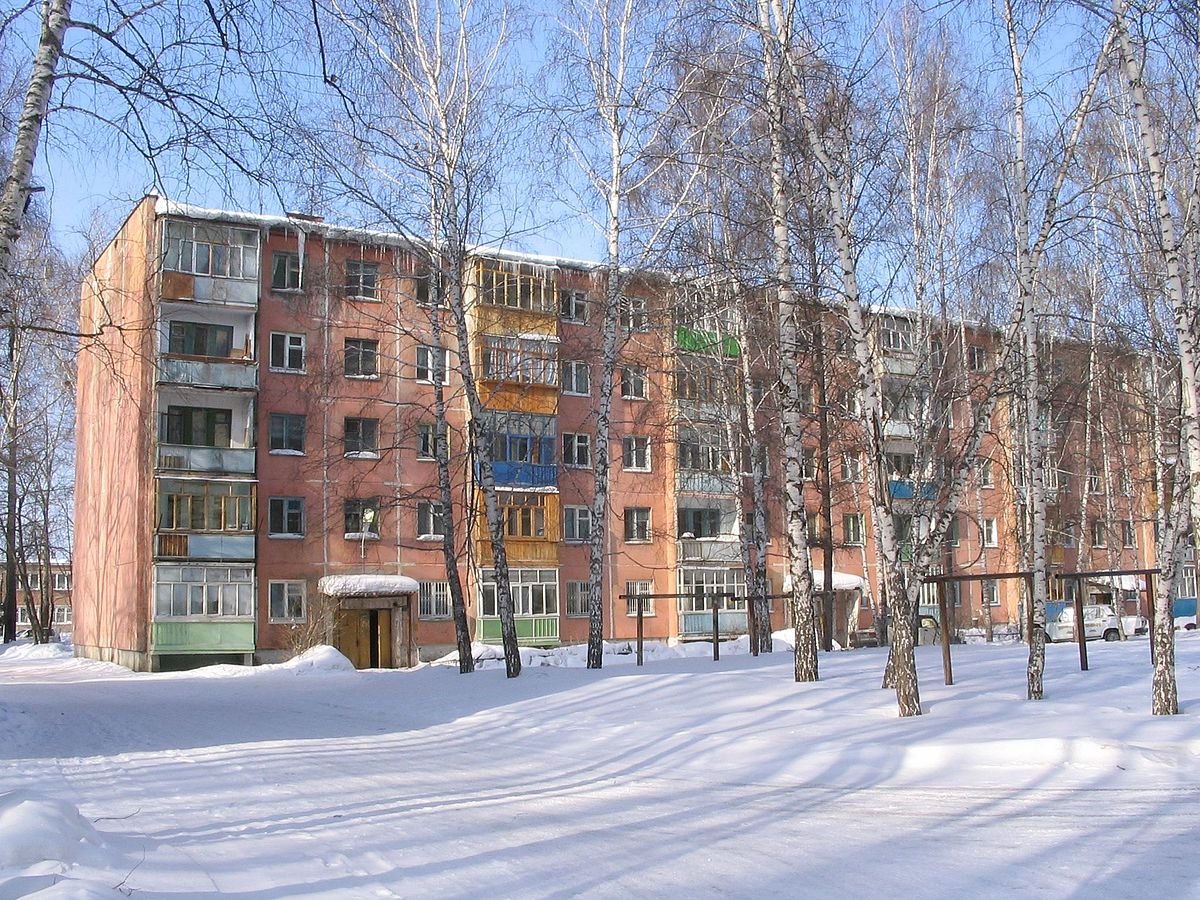 You wonder about the snow? It snowed 5 times in UB the first three weeks of May.

Rather, the complete lack of aesthetic architecture and urban planning in the Mongolian capital stunned me. Not one park! And talk about your Soviet junk, UB is an entire city of it – except on the north side of town, where traditional yurts hold sway.

Mongolians have money from minerals now and lots of glam shops downtown, but the main drag isn’t particularly beautiful.

Mongolia as a country is, by contrast, spectacularly beautiful, and half the population (about 1.5 million people) remains traditional nomads. I can only speculate that traditional nomads don’t have a sense of the urb, of city planning, such as the Middle East has had for over 3000 years and the West for some 2000.

As far as I can tell, Mongolians aren’t doing anything about their architectural past.

European Union To The Rescue: Romania

Dictator Nicolai Ceauçescu had the bright idea to bring peasants from the countryside into the cities in the 1970s. Endless blocuri (apartment buildings) went up everywhere, in towns big and small. Ugly, ugly, ugly. 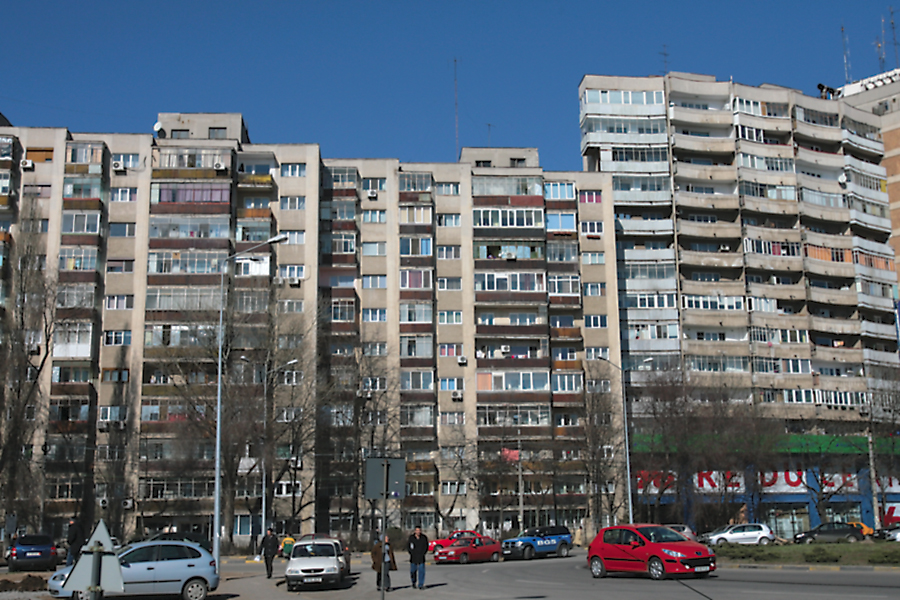 Bucharest has many beautiful buildings and neighborhoods. It would have even more if bulldozers in the early 1980s hadn’t made way for more hideous blocuri.

I bought an apartment in one of them, albeit in a nice part of town. The exterior originally looked like what’s pictured above, but the interior of my particular apartment was renovated and just right for me.

Romania joined the European Union in 2006. A couple of years ago, EU funds were used to reface the dirty grey blocs in my neighborhood and all over town, thereby giving Bucharest a much-needed face-lift, along with better insulated apartments.

Here’s a view of a refaced bloc on Calea Dorobanților, where I have my bloc. The grey is gone and color has been added to balconies: 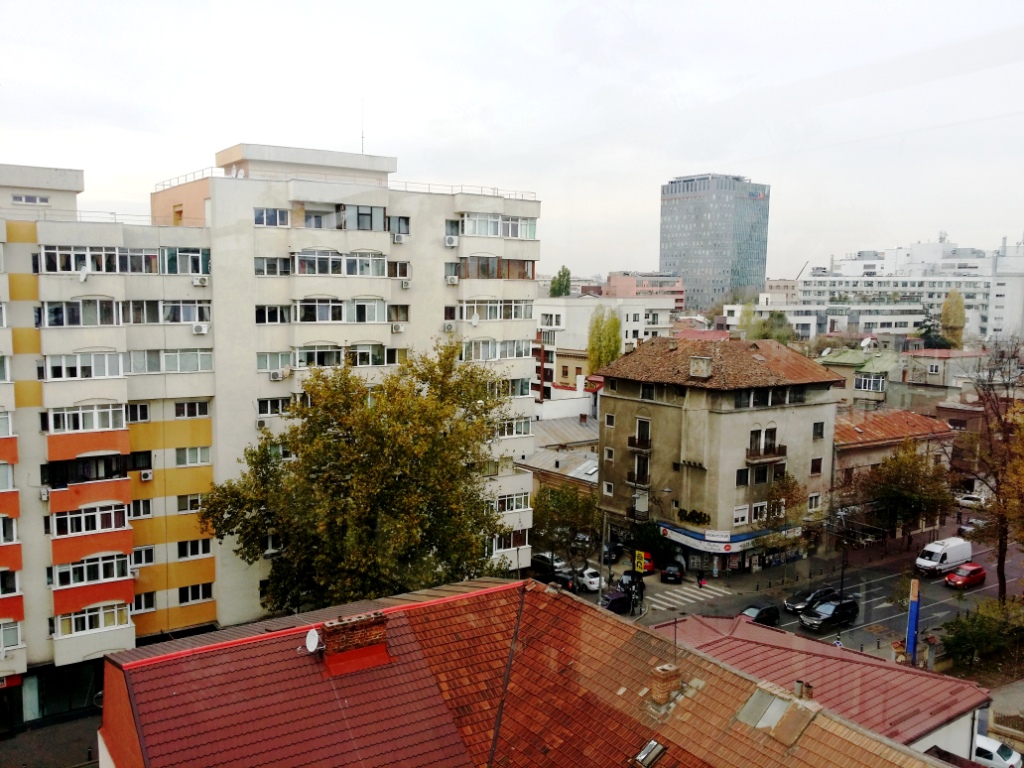 Exteriors of big blocs all over town have been improved.

Start All Over: Azerbaijan

In Azerbaijan Architecture – a travel blog I wrote about how the city impressed me architecturally – and this despite the Soviet junk, because the visible good counterbalances the more hidden bad.

As far as that junk goes, here’s an example: 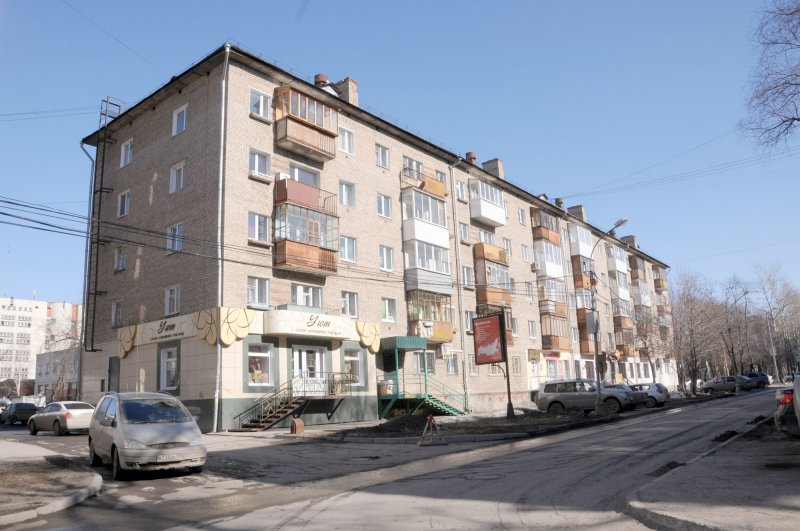 Actually the example above looks pretty good. Sometimes the buildings get refaced, like in Bucharest. However, more likely than not these days in Baku, they’re tearing it down and building anew. That’s really the only good solution: 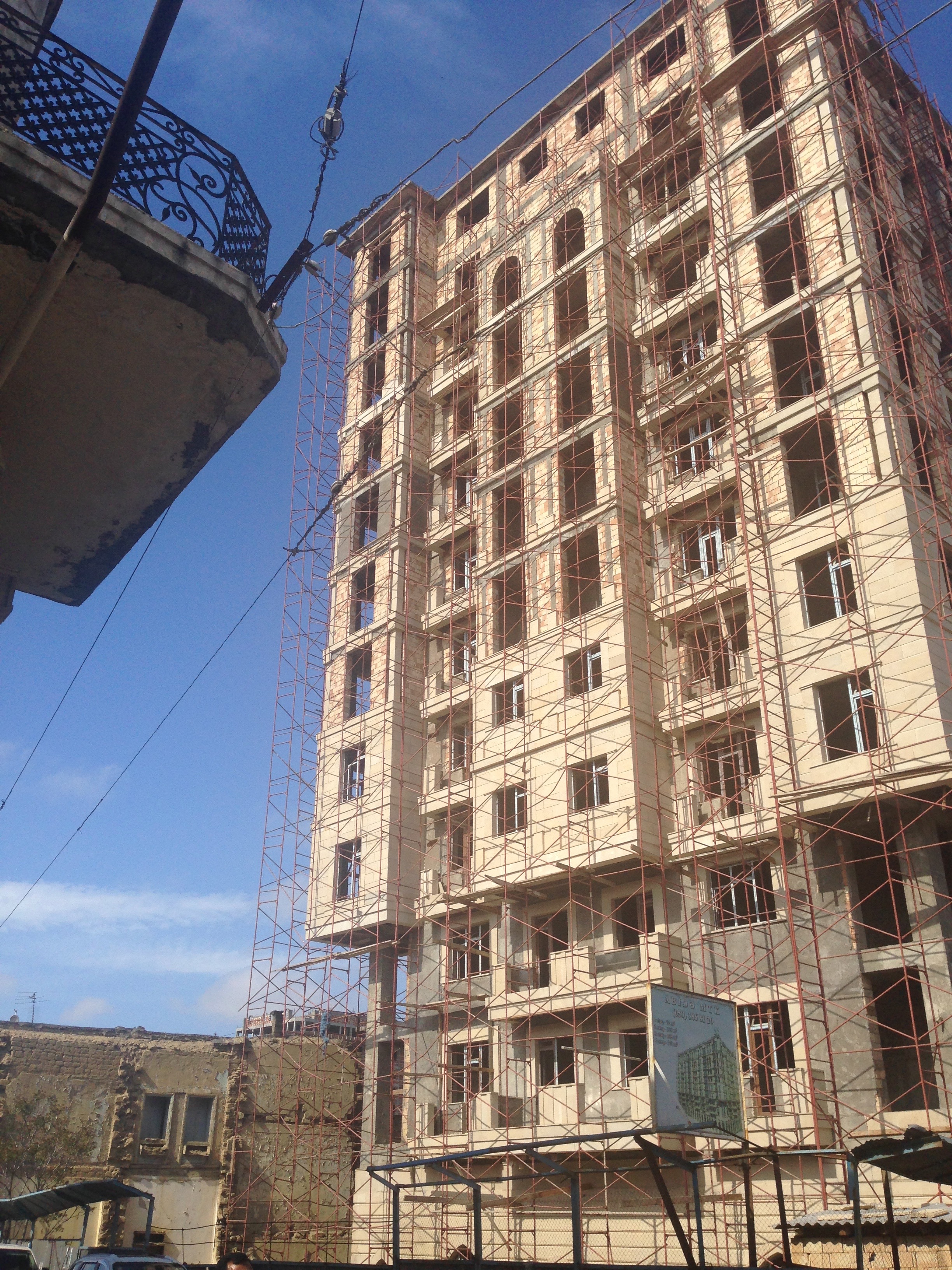 Baku is in the midst of a building boom – as elsewhere in the world.

Note: See Globalization Through the Lens of Malaysia.

The old is coming down, the new is going up. Baku is winning the battle of its Soviet junk past.

To be fair, Azerbaijan has oil – and Romania does not – meaning that they can afford to tear down and rebuild. Also, upscale in Baku is upscale. In terms of jewelry stores alone, on their gorgeous main drag they have Bulgari, Chopard, DeBeers, Tiffany, and Harry Winston.

The Icing on Baku’s Post-communist Cake

In two words: the Intourist Hotel.

During Soviet times, Intourist hotels were considered good. This new Intourist Hotel, below, built in the style of the old Soviet chain, is a 5-star hotel run by Marriott. It appeals to those with a hankering for the bad old Soviet days. What better way to deal with your communist past than to upscale it and sell the nostalgia? 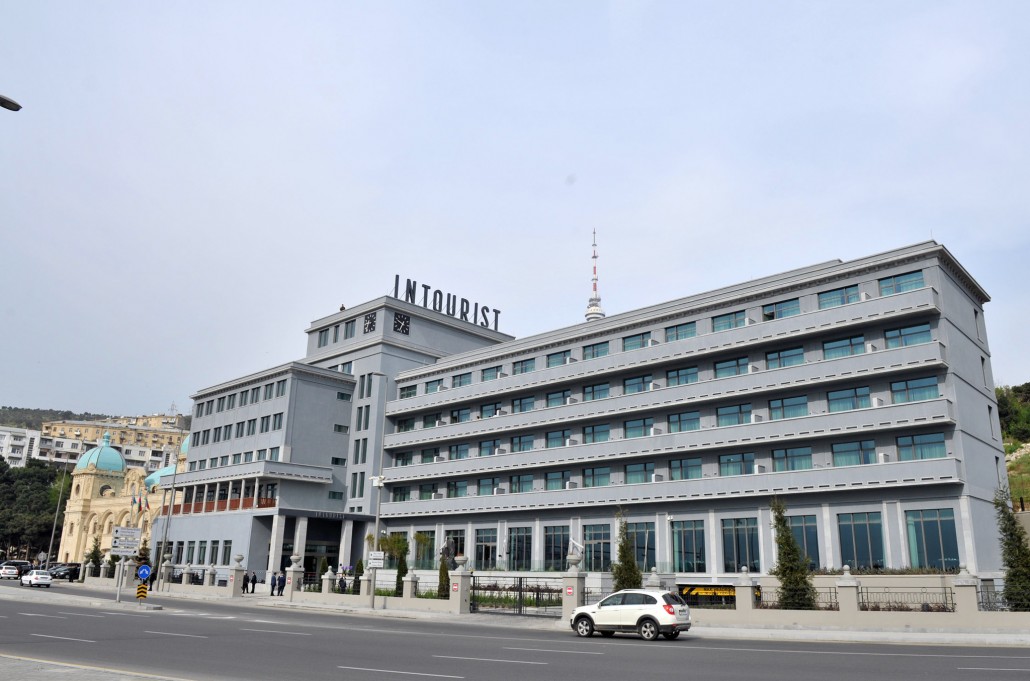 I’m now in Tashkent, Uzbekistan. Here I’ve discovered yet another way to deal with Soviet junk: wait for the next earthquake. In 1924 Uzbekistan became part of the Soviet Union. In 1966 an 8.0 earthquake did massive damage.

Final note: There’s nothing of Old Tashkent because the earthquakes of 1866 and 1868 leveled it. 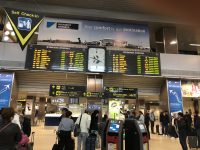