For the latest news on Ronda Rousey as of January 28, 2018 see: Rousey had ditched the UFC for the WWE.

I wrote this blog in August 2015: Ronda Rousey is currently the reigning women’s bantamweight champion of the UFC. She is undefeated, having won all of her 12 fights and all in the first round. Most recently, on August 1, 2015 in Rio de Janeiro, she beat Brazilian Berthe Correia in a match that lasted 34 seconds.

Update 2018: Rousey has subsequently lost fights and is no longer the reigning champ.

Rousey is – and is not – the model for Brisa, the heroine of my MMA-romance, Knocked Out. This is the third and final book in my Forest Breeze Series. All three are set in Vietnam.

The reason Rousey is not the model for Brisa is because I didn’t learn about Ronda until I had written well over half the book. It was at that point I realized I needed to attend an MMA fight to see for myself what they’re all about. So I went to one in Pensacola, Florida, an event I describe in my blog  post Fight Night.

My friend and I had front row seats, and we were seated next to a man, his son, and his son’s friend, all three of whom are avid MMA fans. I was lucky to be seated next to them since they were happy to let me pump them for information.

At one point when one of the micro-bikini-clad girls was walking around the ring, holding up a card with the round number on it, I happened to remark, “My goodness, that girl might as well be naked.”

The man next to me replied, “Yeah, well, you should hear what Ronda Rousey has to say about them.”

I jotted down the name and went online the next day to learn all I could about her.

Ronda Rousey actually looks a lot like how I imagine my character Brisa. Same weight class. Same build. Same blonde hair, only Brisa’s is darker. However, their backgrounds are very different because my Brisa had a Brazilian father and a Mexican mother and so has darker skin. She was also orphaned early on in life and is not rich and famous.

The interest of me going to a fight in the US was so Brisa could contrast it with what goes on – or doesn’t go on – at an MMA event in Vietnam.

Toward the end of the book the characters are at the event they’ve all been working toward. Brisa notices the differences in staging:

“We’re underway. Now the contrast with U.S. matches is unmistakable. These are the finals. But there’re no lights flashing when the curtain parts, no jets of smoke for the fighters entering the arena. We weren’t asked to choose our intro song. As we run down to the ring our crews don’t accompany us. None of us is wrapped in a flag or has anyone behind us carrying a banner with our nickname. Here we have no nicknames. Our corner men and cut men are waiting for our matches on the trainers’ benches.

“Tonight’s event is less theater and more sport. I like it. The crowd loves it. They’ve never experienced the bells and whistles of the UFC, so they don’t miss them. They also don’t know how lucky they are. They’re getting to see eleven finals. That’s a good three more matches than you usually get in the States these days, and some of them there are even undercard matches. The tempo here is better, too. Not so much staging and hot-dogging. More fighting.”

By noticing the differences, I figured Brisa brought the reader unfamiliar with MMA in the US to a sense of what goes on at an American event. Then comes her observation:

“It’s several fights in before I notice one other big difference: no girls in sequined boob and crotch patches strutting their stuff between rounds. Holding up the cards telling the audience the number of the round, with the local advertisers on the back of the card. These chicks earn way, way too much money for being what I would call naked in public. Excuse me, I’m the one putting my body on the line for the sport.”

I can attribute the sentiment, but not the actual words, to Rousey. Thanks, Ronda!

Get ready for the release of my new book KNOCKED OUT (affiliate) , featuring the Ronda Rousey-esque character Brisa, by checking out the prequels: TIED UP (affiliate) (a BDSM-inspired novella) and CAPTURED (affiliate) (a Motorcycle Club-inspired romance) on Amazon! 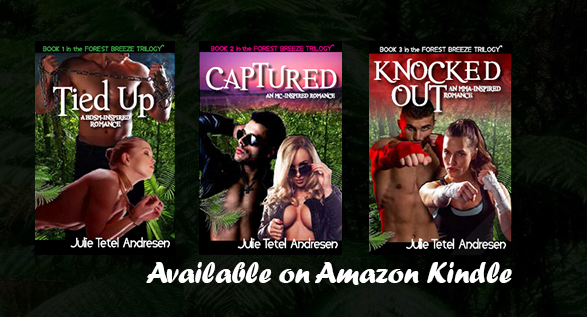 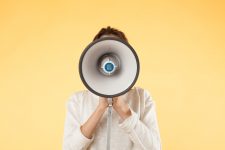 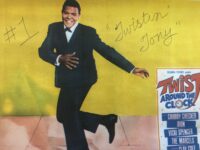