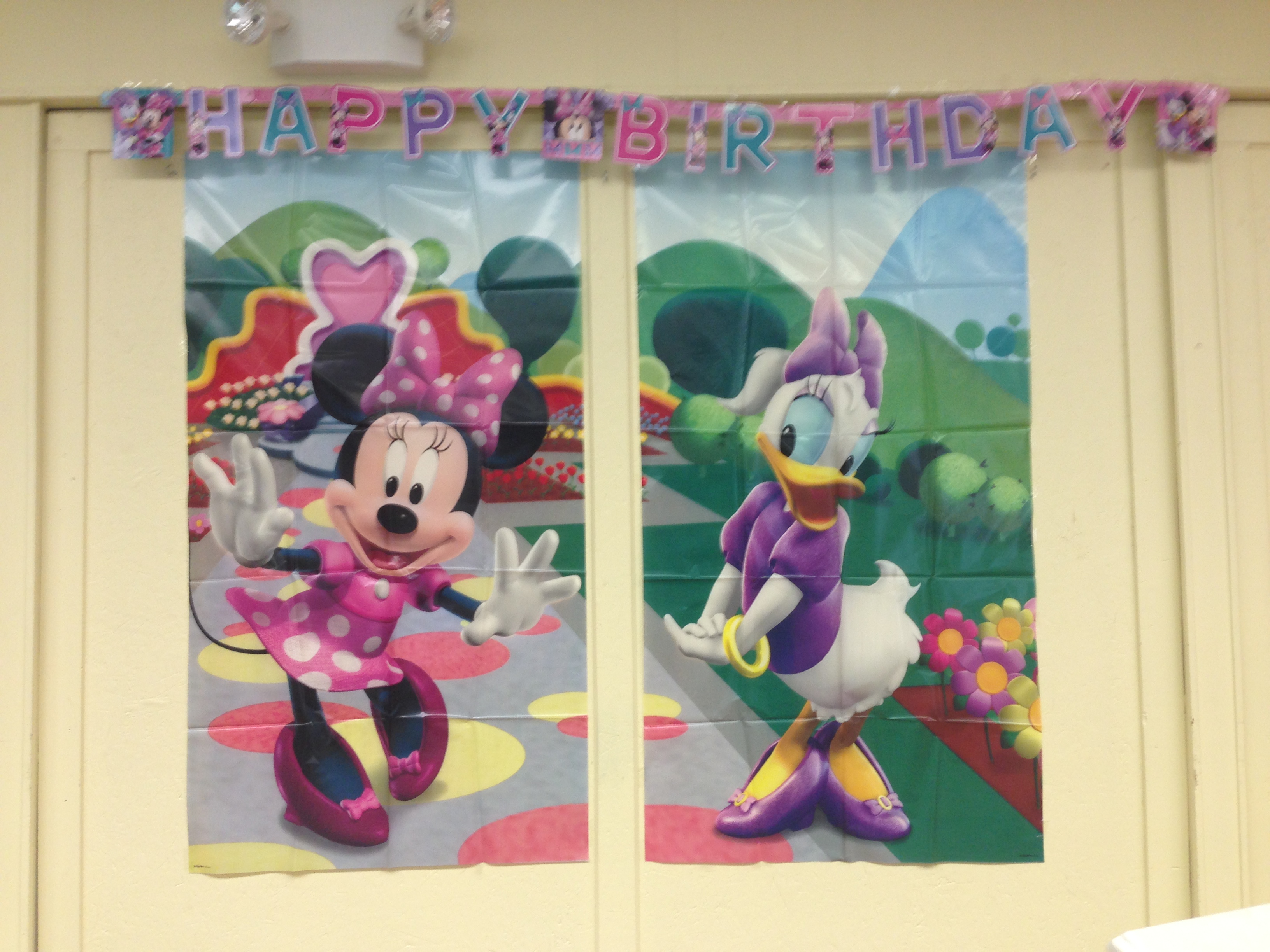 The title image is one of the many banners hung at Skylar’s first birthday party.

In 2002 I signed up to be a Big Sister in the Big Brothers Big Sisters program in Durham, North Carolina. I was lucky enough to be paired with Vanessa who was twelve years old at the time. Fifteen years later Vanessa and I are now family. Last year she had a beautiful baby girl, Skylar. Last week was Skylar’s first birthday part. Vanessa did the party up big.

It was Minnie Mouse themed. I wore a Minnie headband: 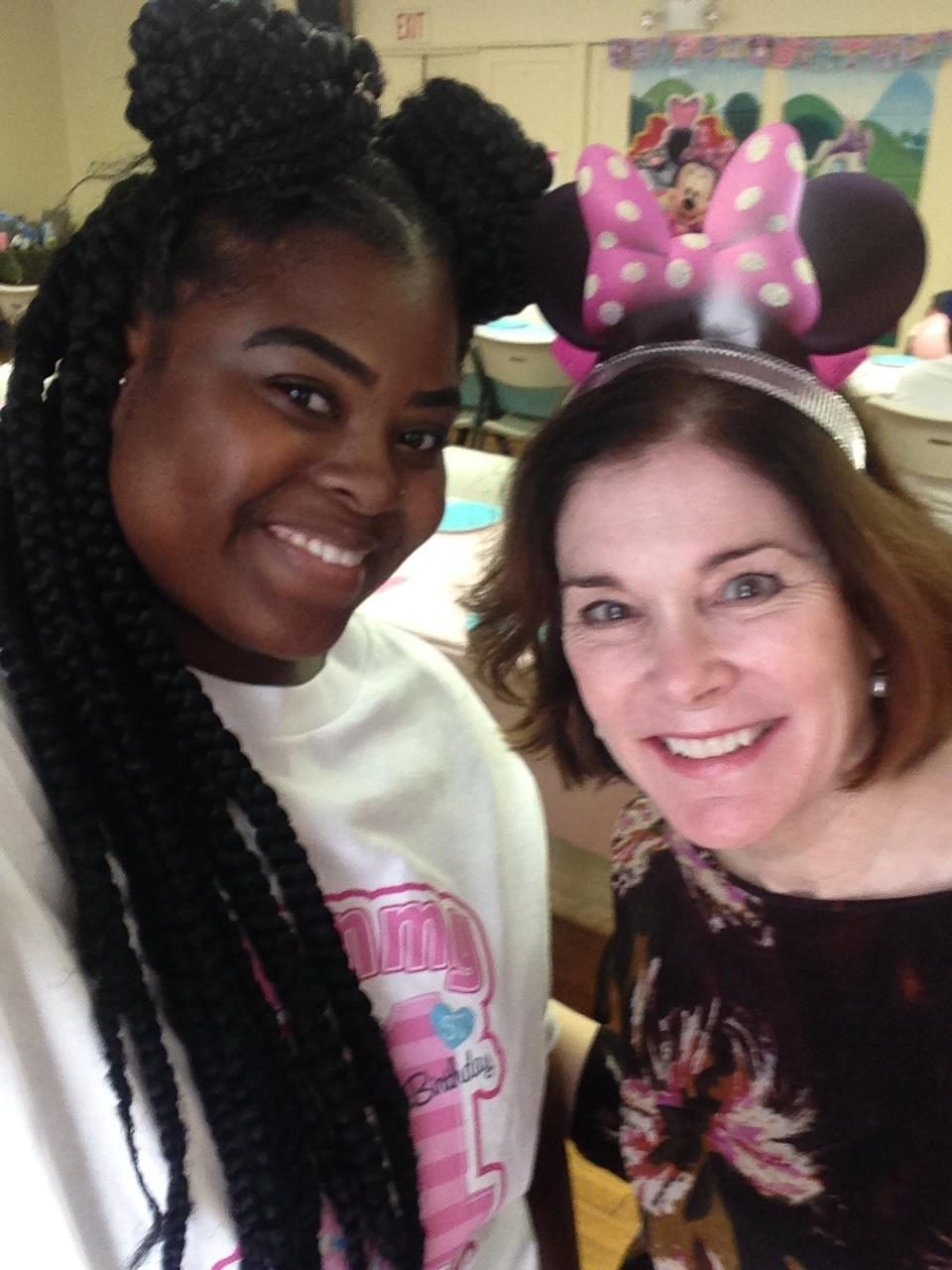 Vanessa and me. Vanessa did up her mouse ears in her weave.

Skylar is as cute as she can be: 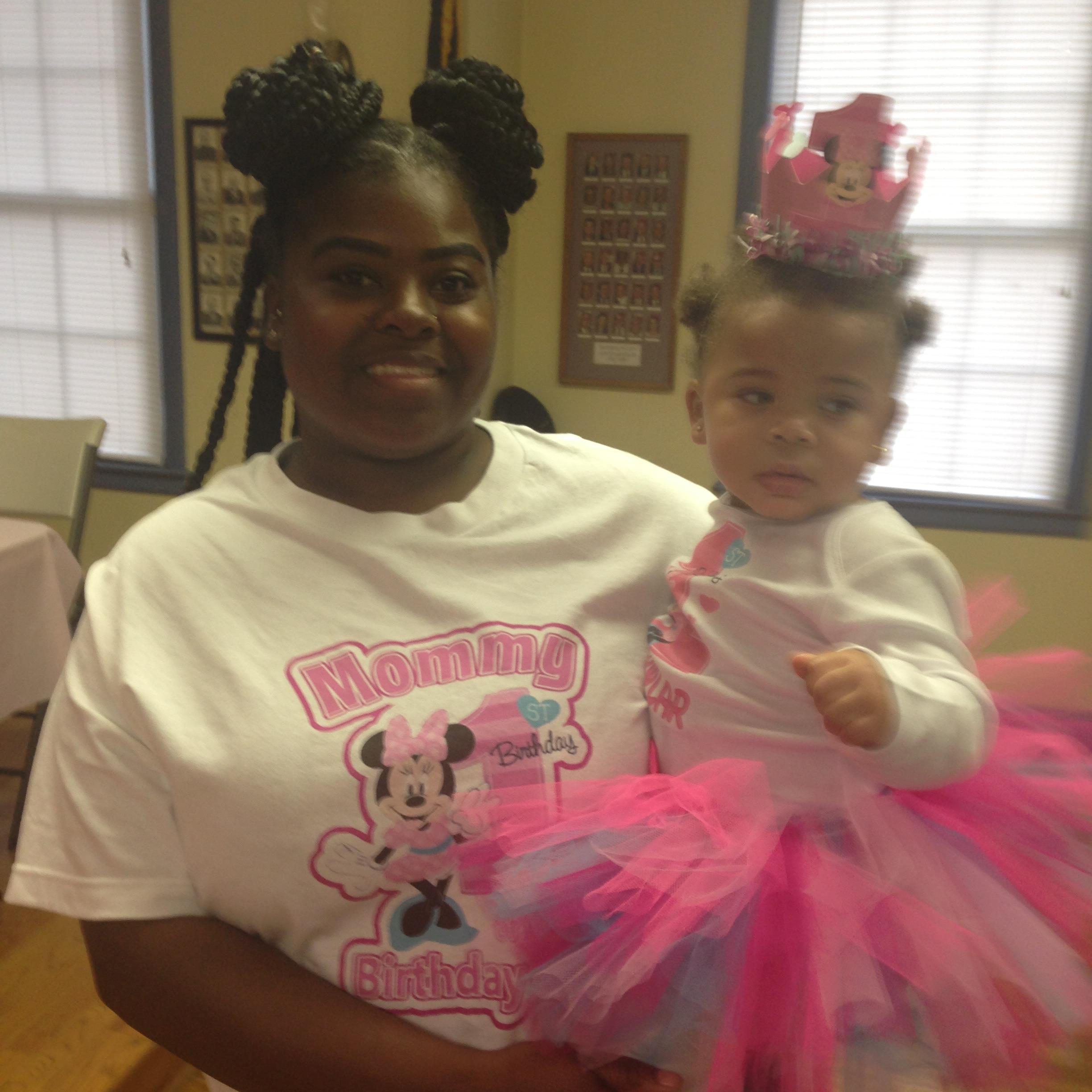 It was impossible to get Skylar to look at the camera because so many balloons were bouncing around. 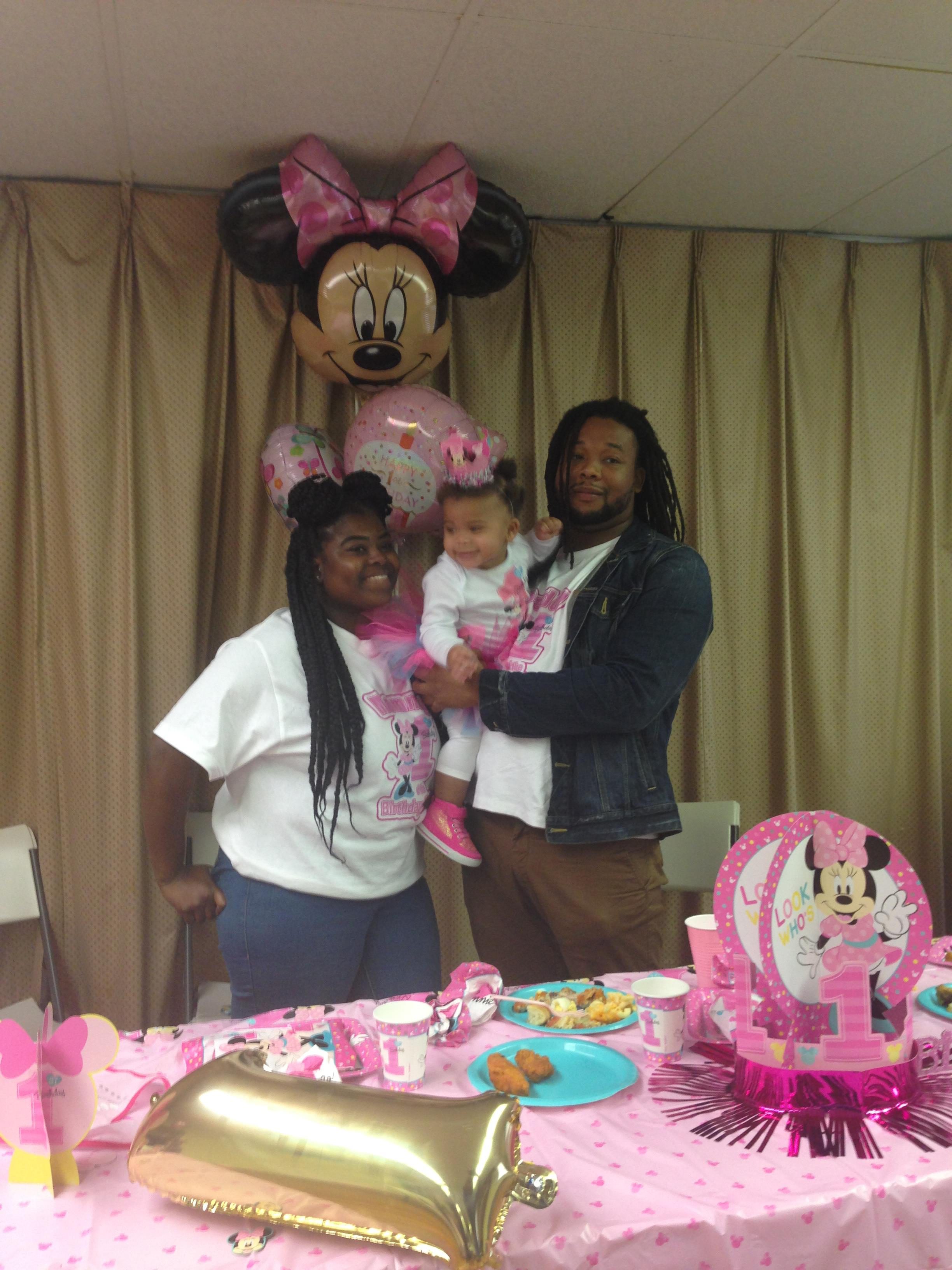 Because the guest list was big, they rented a hall. First it had to be set up: 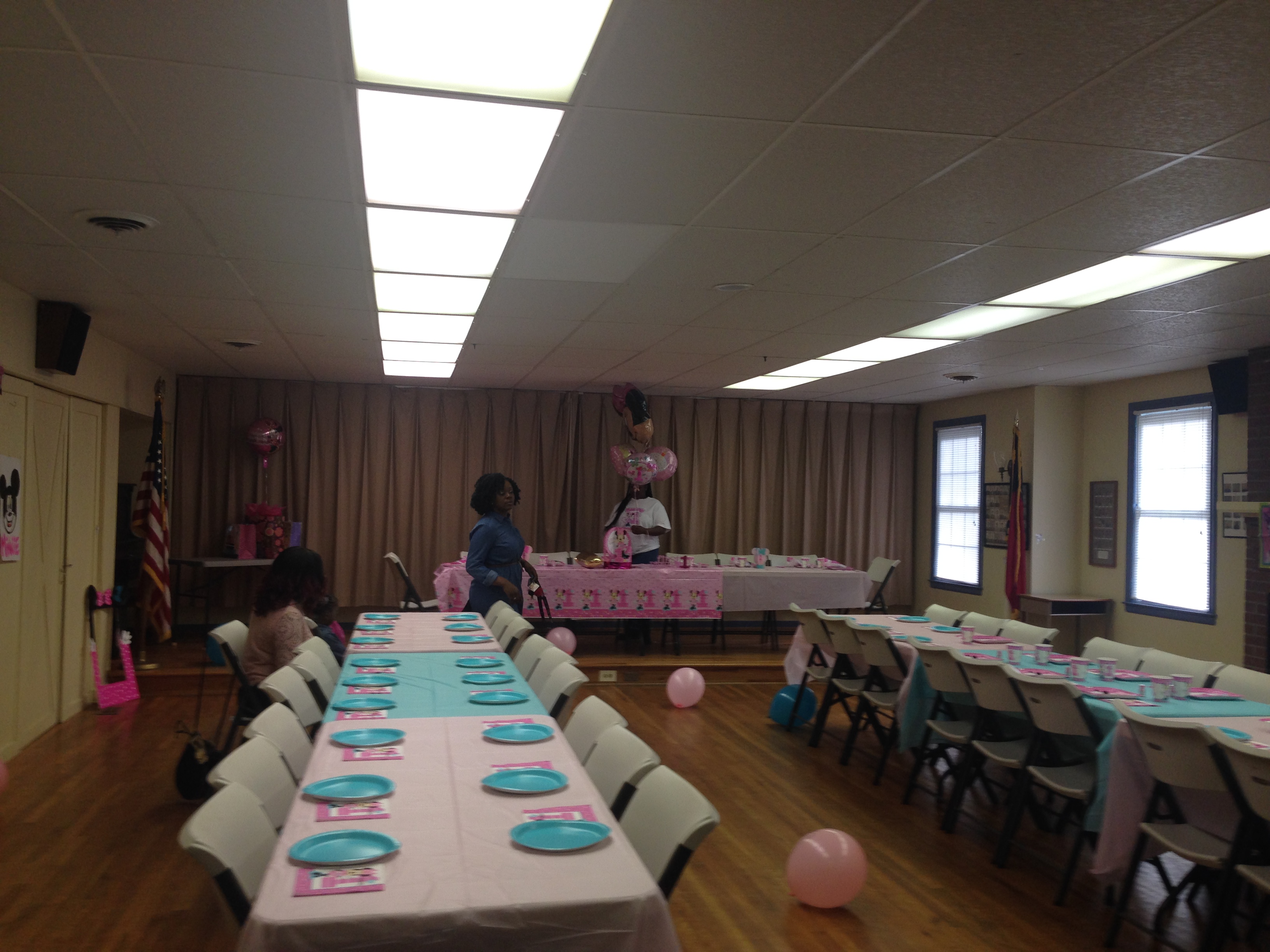 Then it filled up: 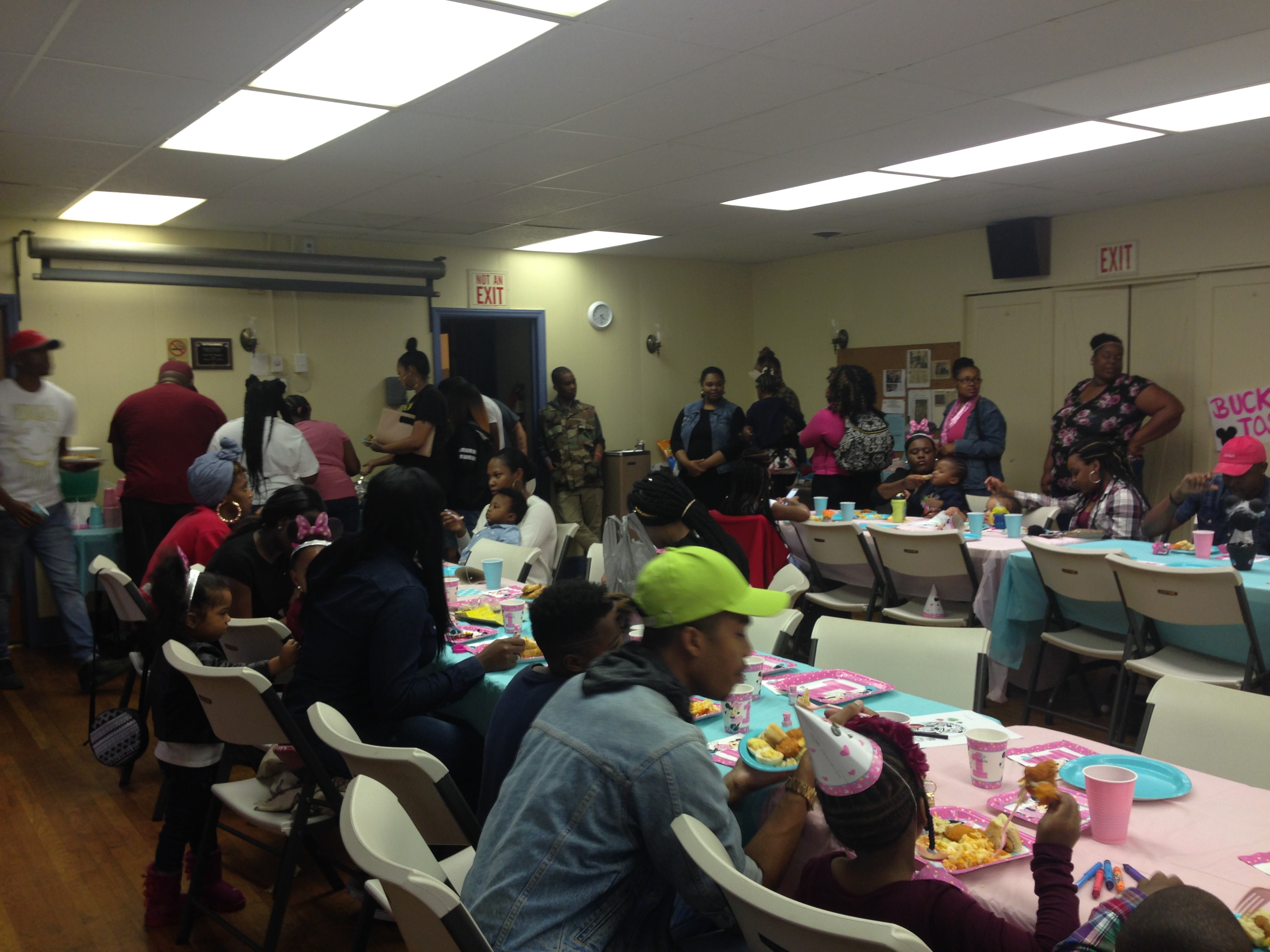 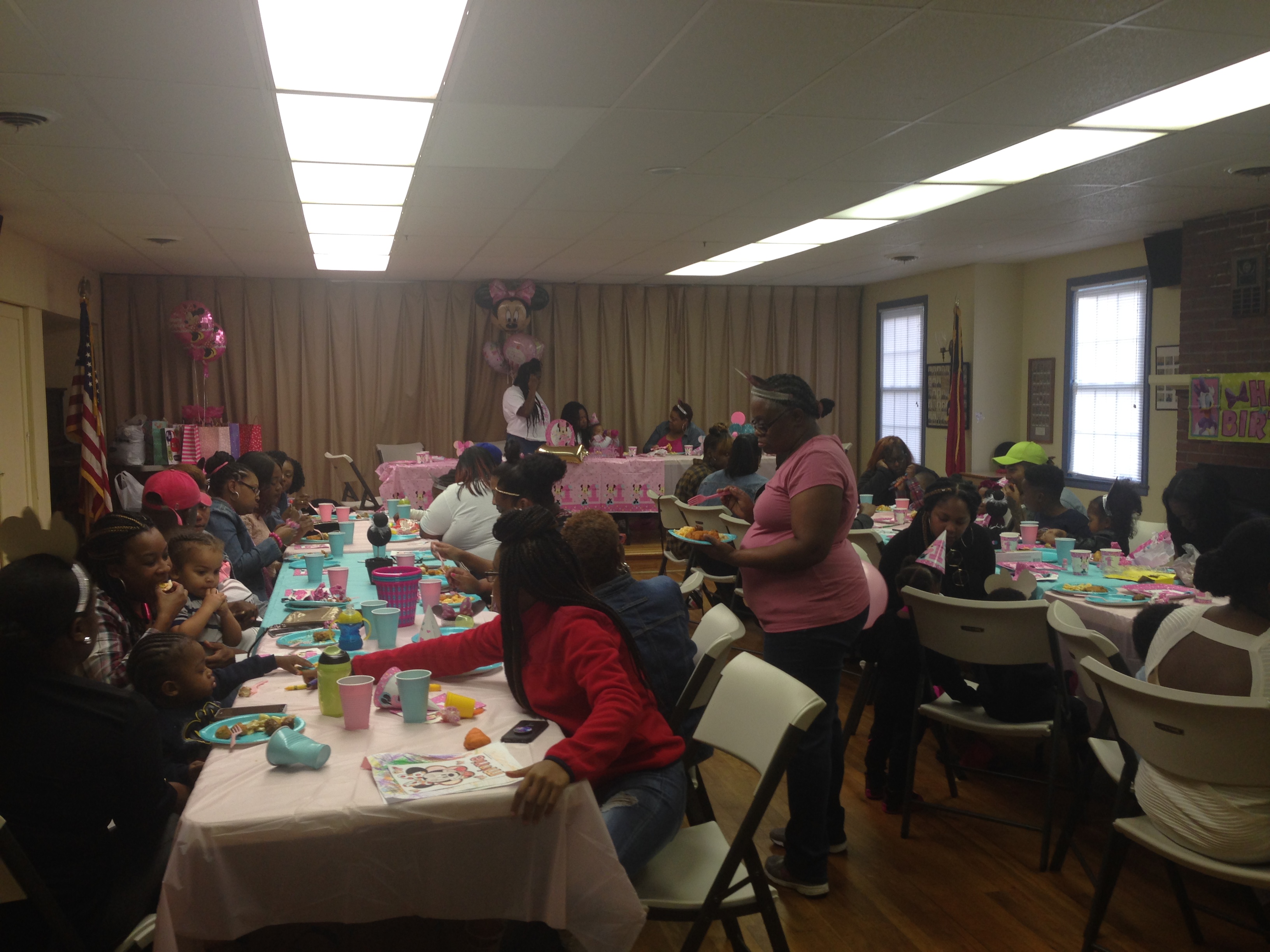 The woman in the pink top in the middle of the picture is Wynessa, Vanessa’s mother.

Of course there was great food: 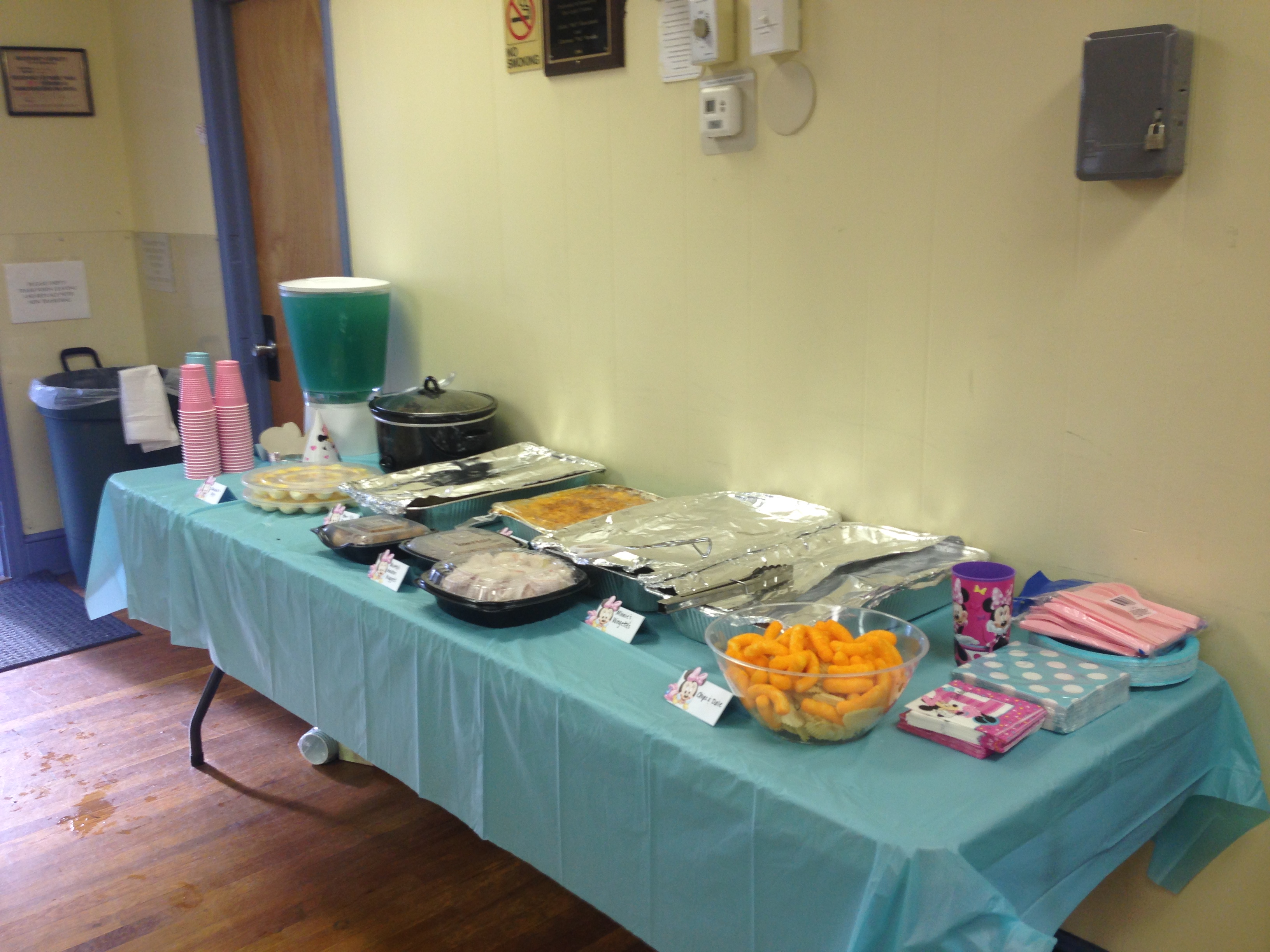 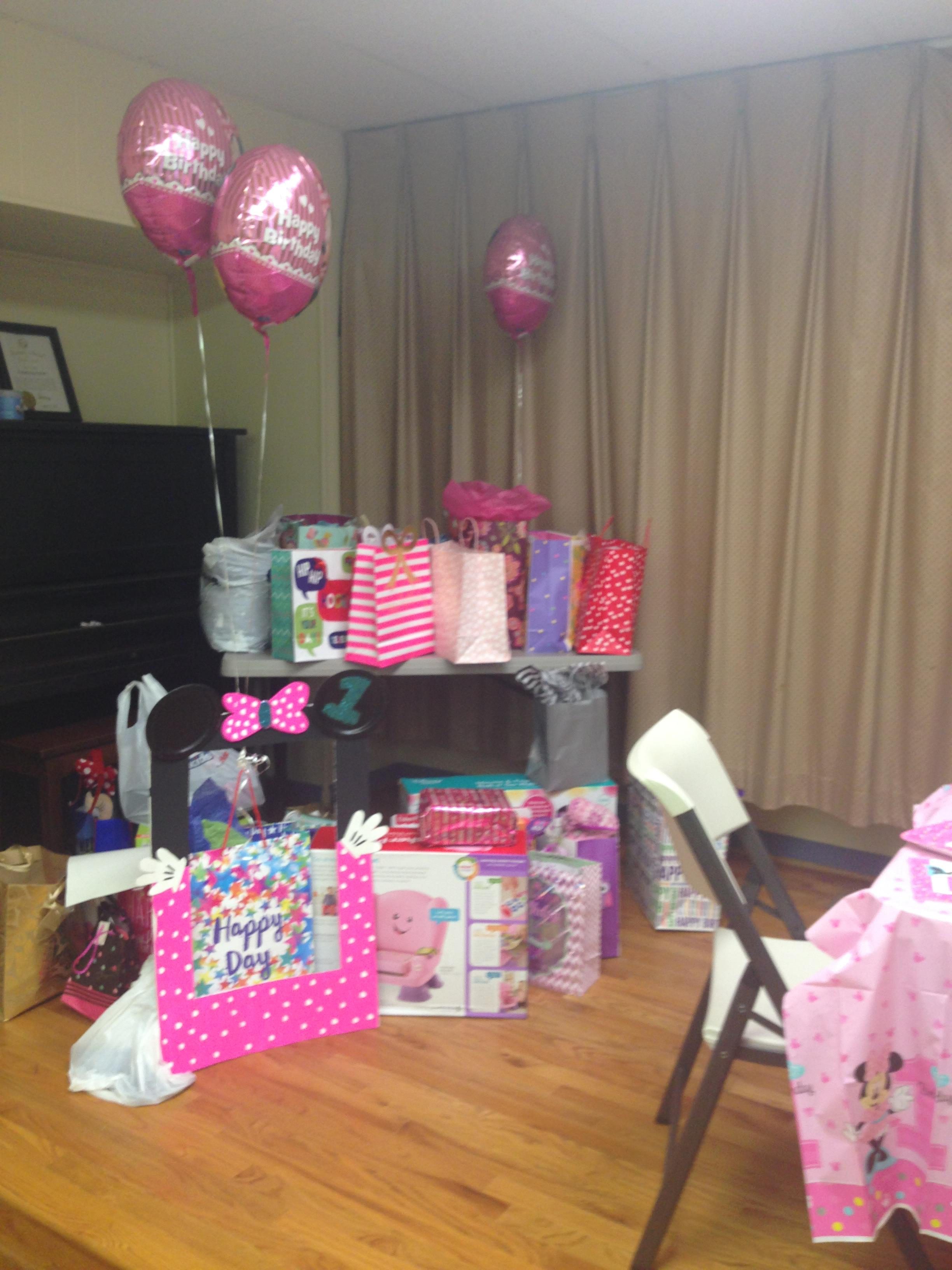 Vanessa’s cousin, Charlissa, organized the games. Among others there was Pin the Bow on Minnie: 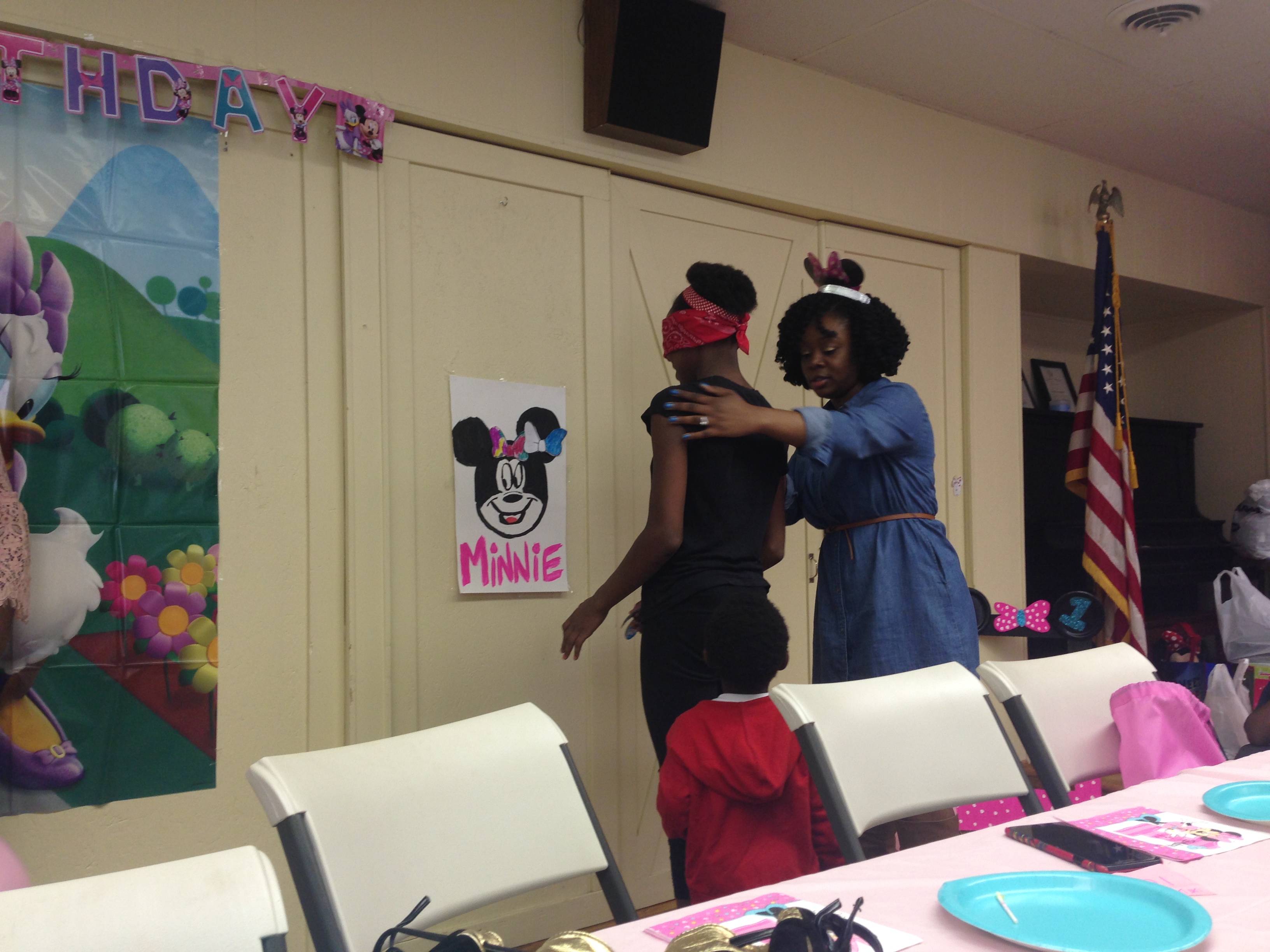 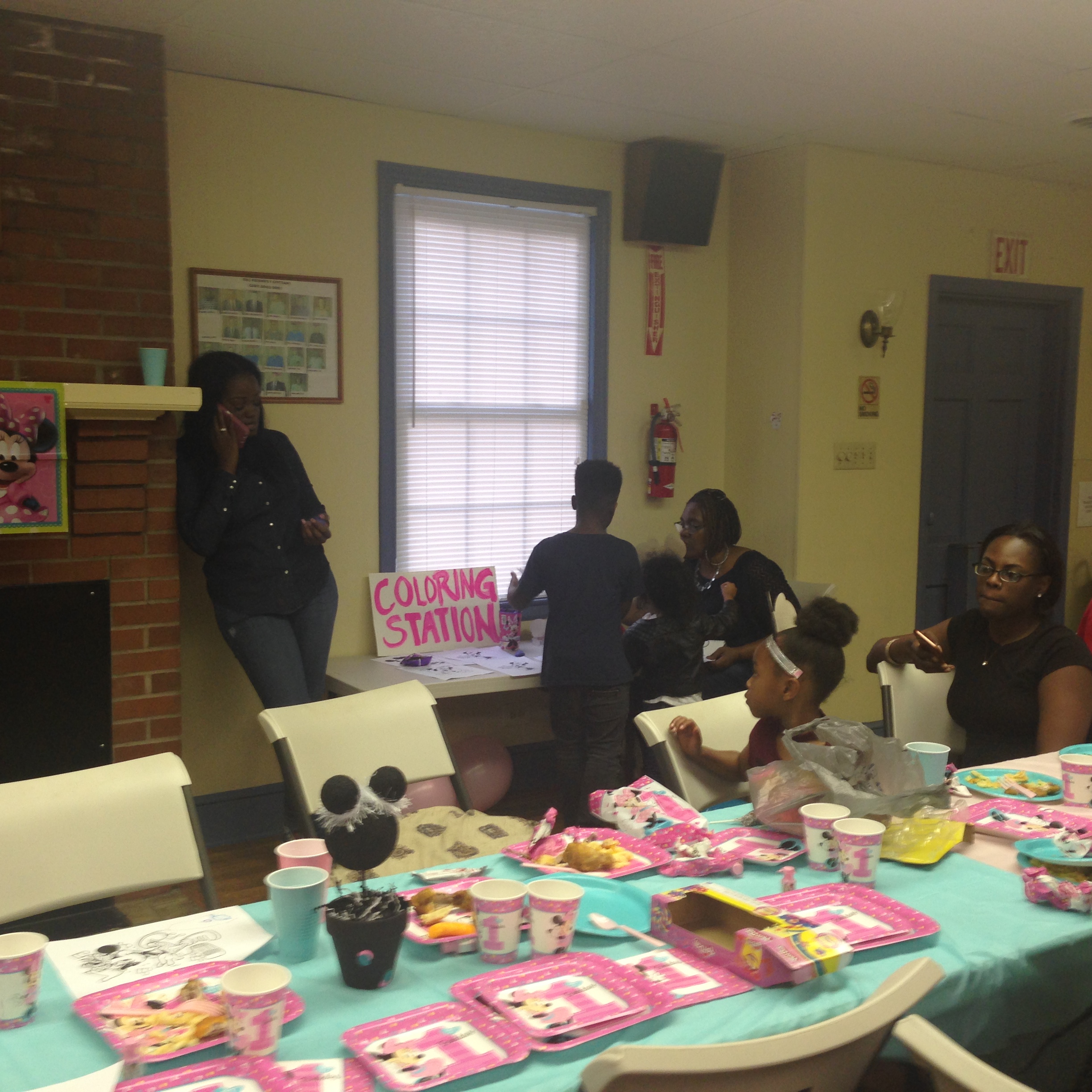 The cake was beautiful and was the centerpiece of the goodie table: 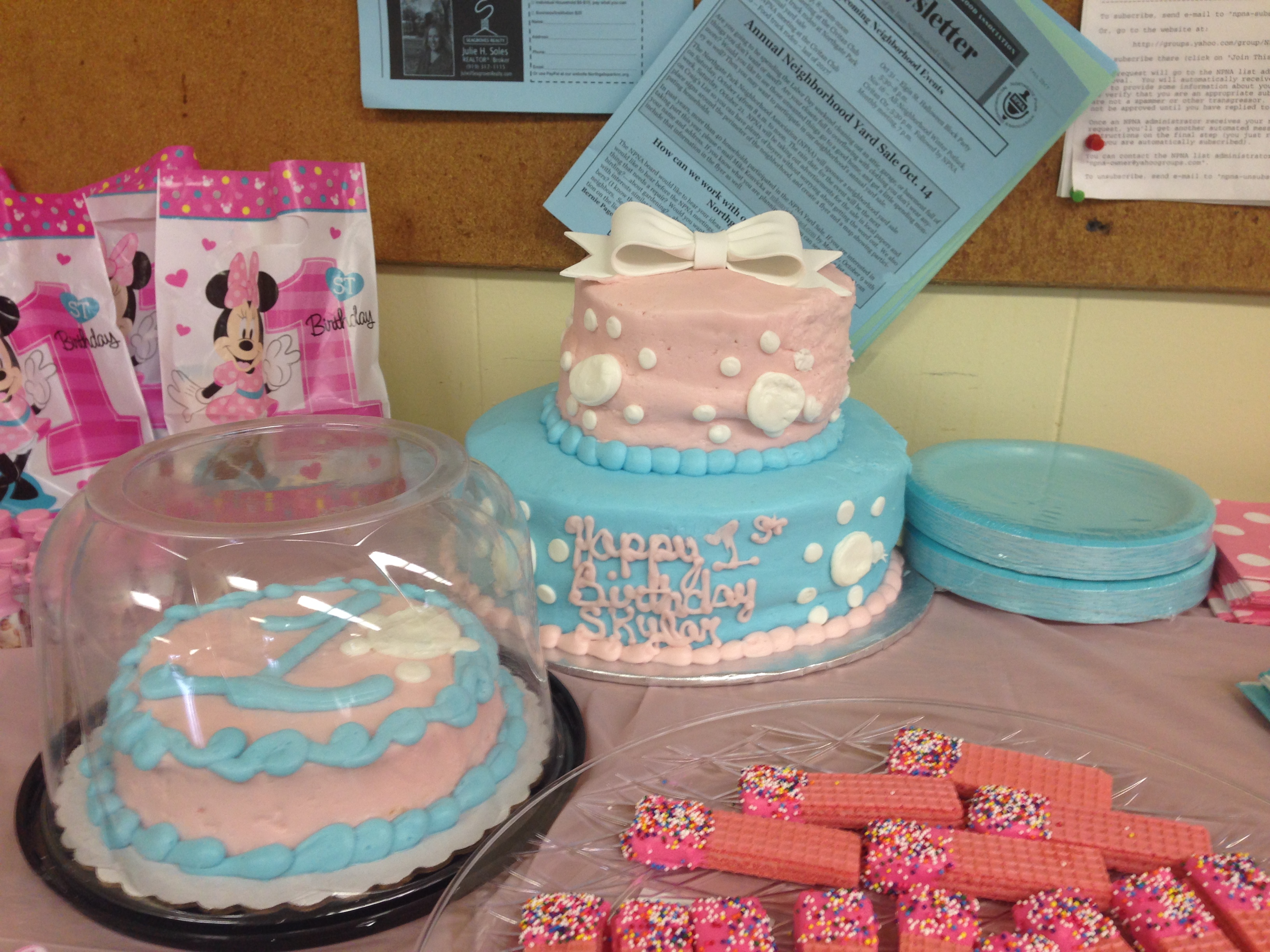 Skylar liked it so much she got it all over her face: 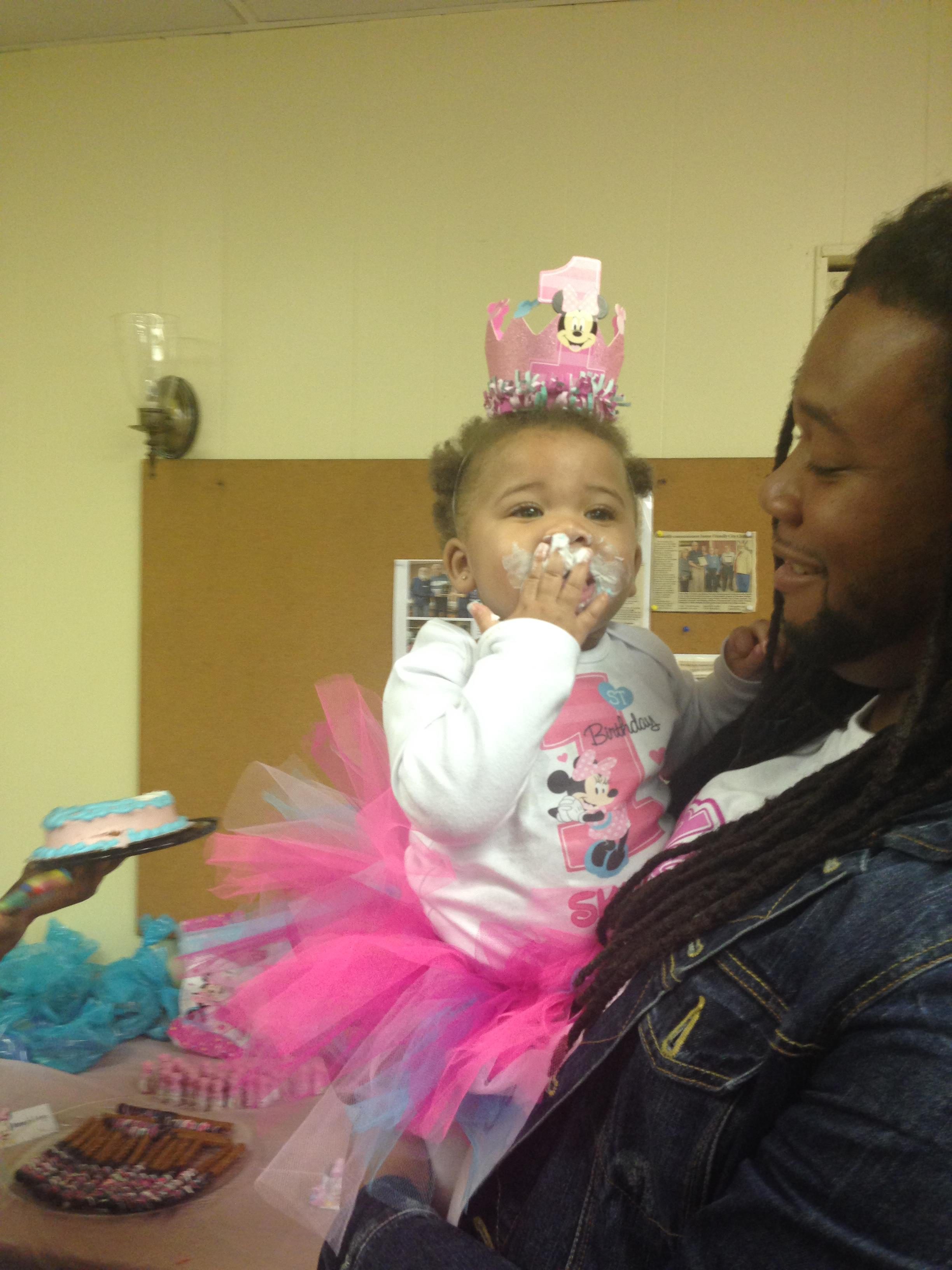 The strangest coincidence in my relationship with Vanessa is that we have the same birthday, October 16. This year we celebrated by going to dinner at Nantucket Grill (one of our go-to places) then seeing the movie Marshall. The next weekend was Skylar’s birthday party. October has always been a great month for us. Now it’s even better with Skylar! 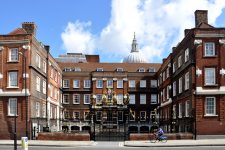