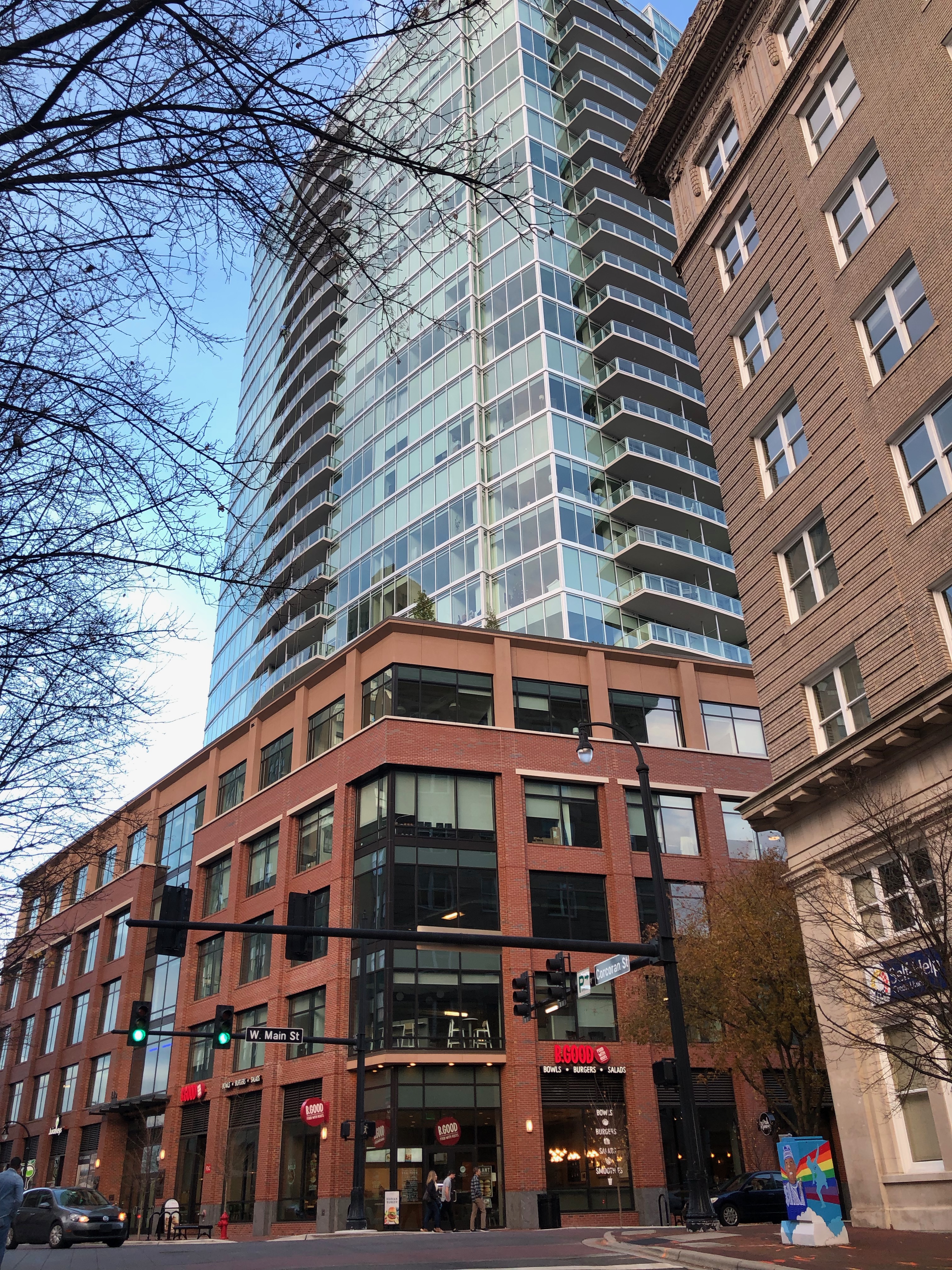 I didn’t intentionally set out to chronicle the changes that have been occurring in Durham, NC in the past few years. I more or less fell into the project. That’s because I’ve been traveling and leaving Durham for months at a time. Thus when I return I’ve been amazed by the continuing increase in urban density. And I’ve want to capture the changes.

Today’s latest installment results from the fact that since August I’ve been living in Miami. When I returned to Durham last week for winter break, the changes – even in these few short months – were visible.

The title image is of One City Center, which faces Corcoran Street and occupies the entire block from Main to Parrish Streets. It opened in August 2018. So it isn’t entirely new to me or anyone else. But it is the case that it now soars in a space that had sat empty since 1972. The original Geer Building went up on the spot in 1915.

This location is the very center of the center of the city. It originally had a Woolworth’s. For over 35 years its emptiness served as evidence of a forlorn downtown. And the best the city could think to do was to cover the lot with grass. 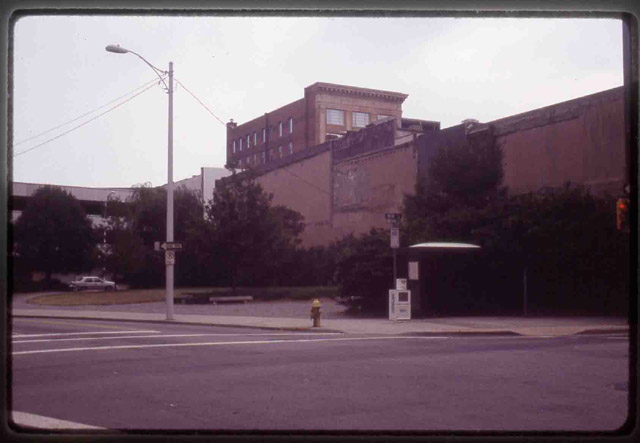 I took the title photo from the same corner as the image, above. Almost hard to believe.

Unfortunately, empty lots remain. This one is bounded by Parrish, Roxboro and Main Streets. 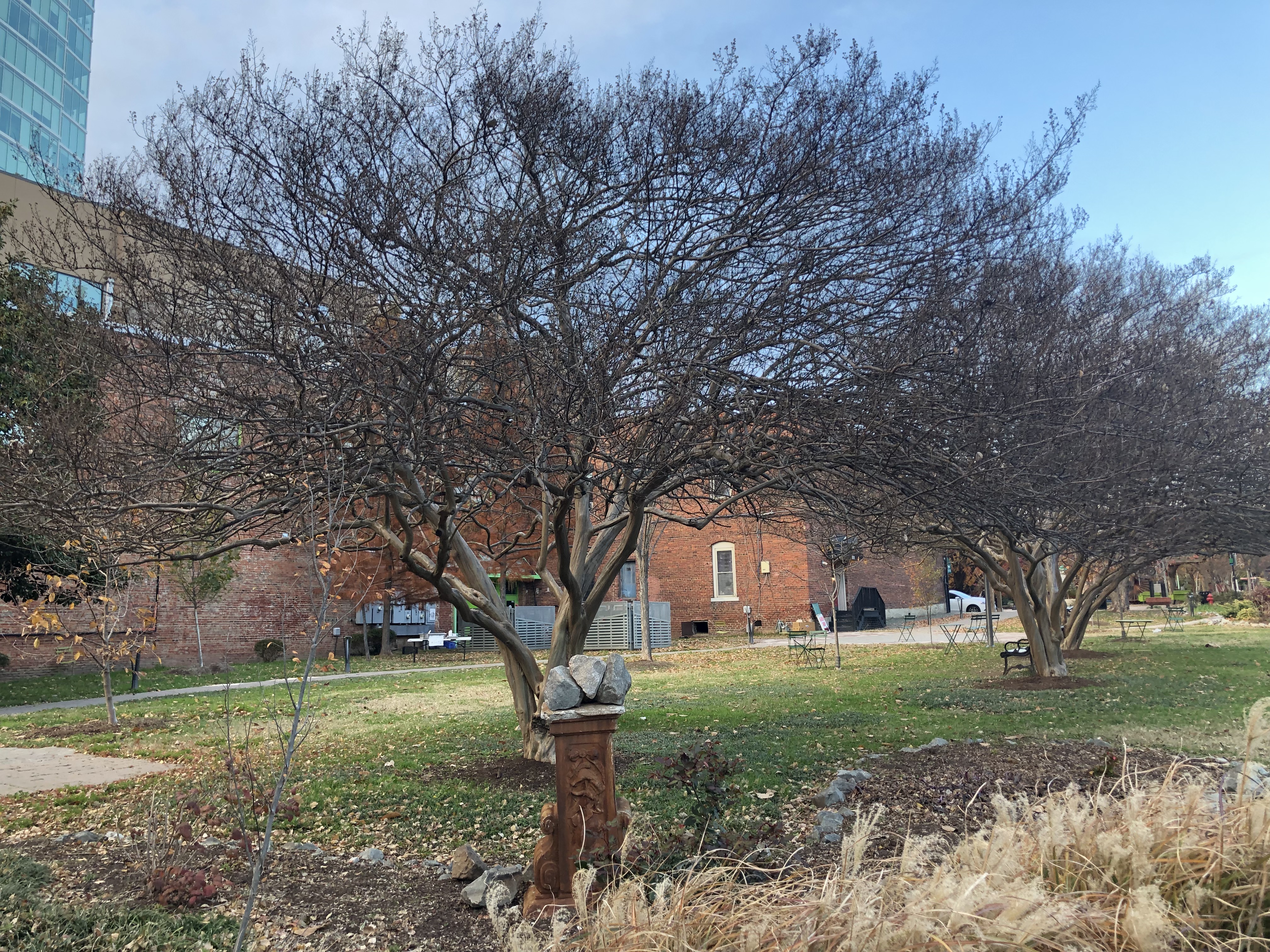 Once upon a time this corner was occupied by a building whose main attraction was a Walgreen’s. You can see the edge of One City Center in the upper left. So this empty lot is in the heart of downtown. A pathway surrounded by grass with a few scattered tables and chairs doesn’t cut it.

My point is: When you’re in an urb, density is desirable. Not empty lots. Not parking lots. 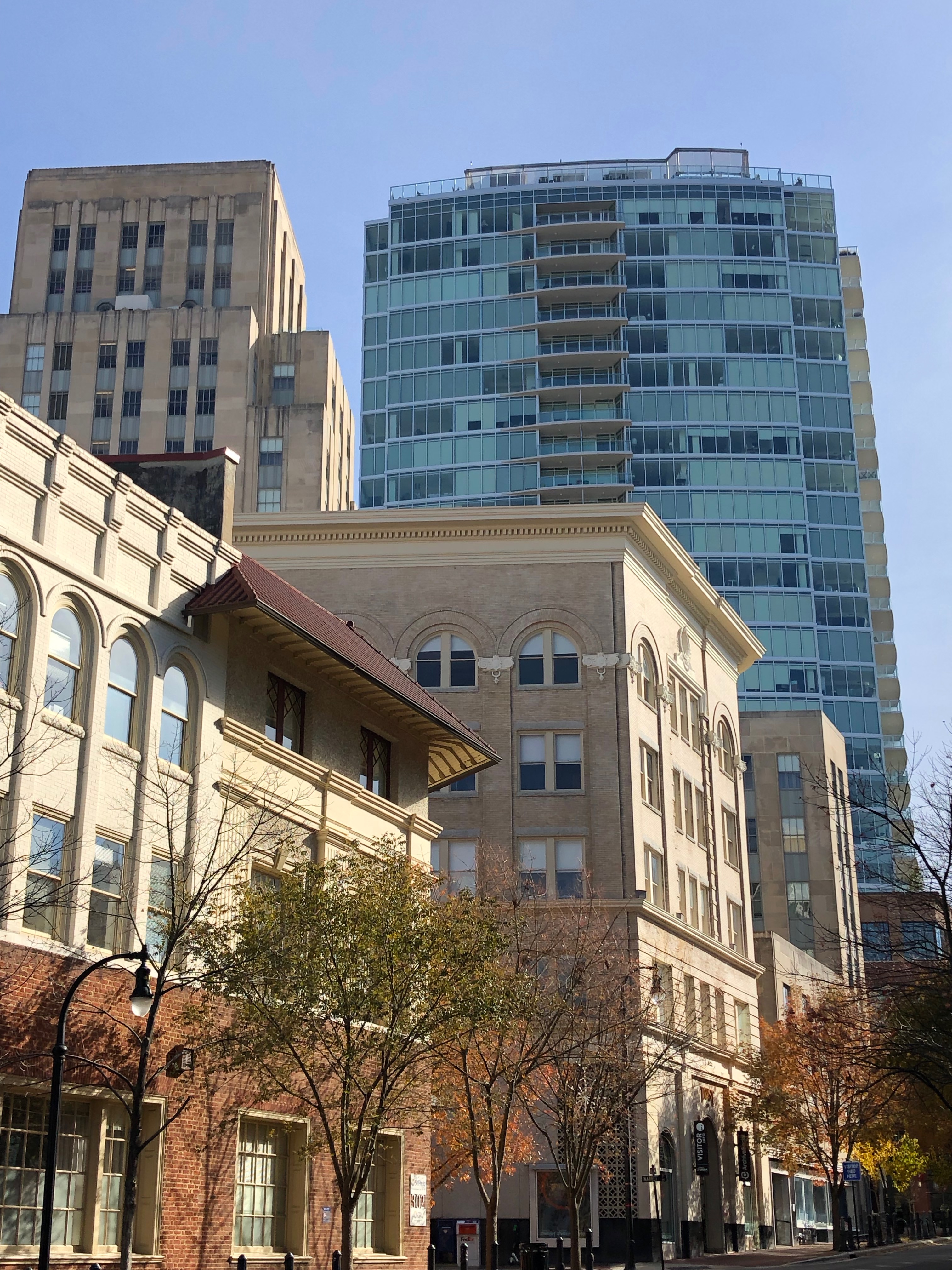 Here, at least, there’s an illusion of urban density.

Now we go a mile or more west on Main Street and turn left on Erwin Road.

Old-time Durham fixture Sam’s Quik Shop sits – that is, sat – on the corner of Erwin Road and Pettigrew Street. 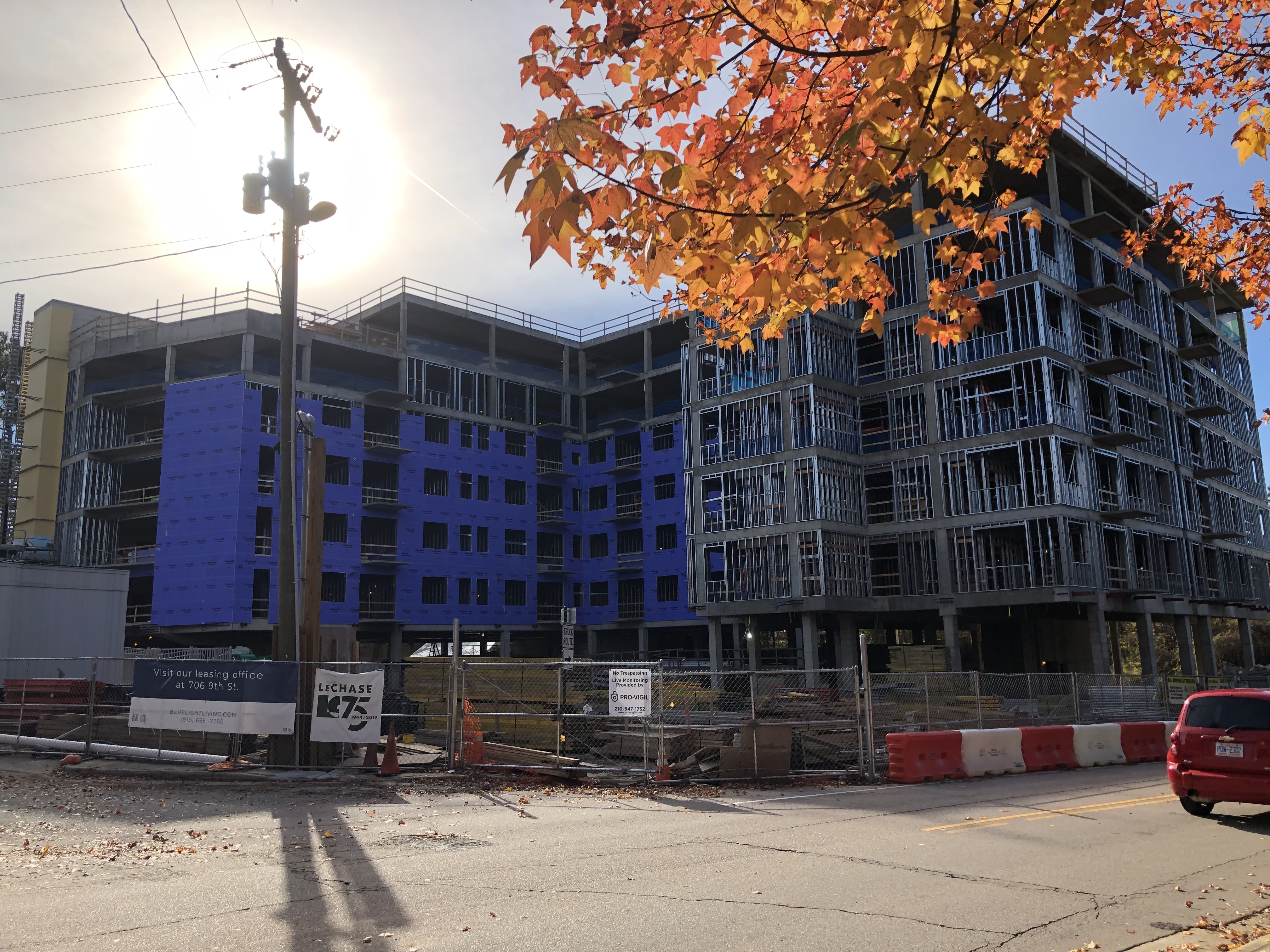 And here’s what it’s going to be: 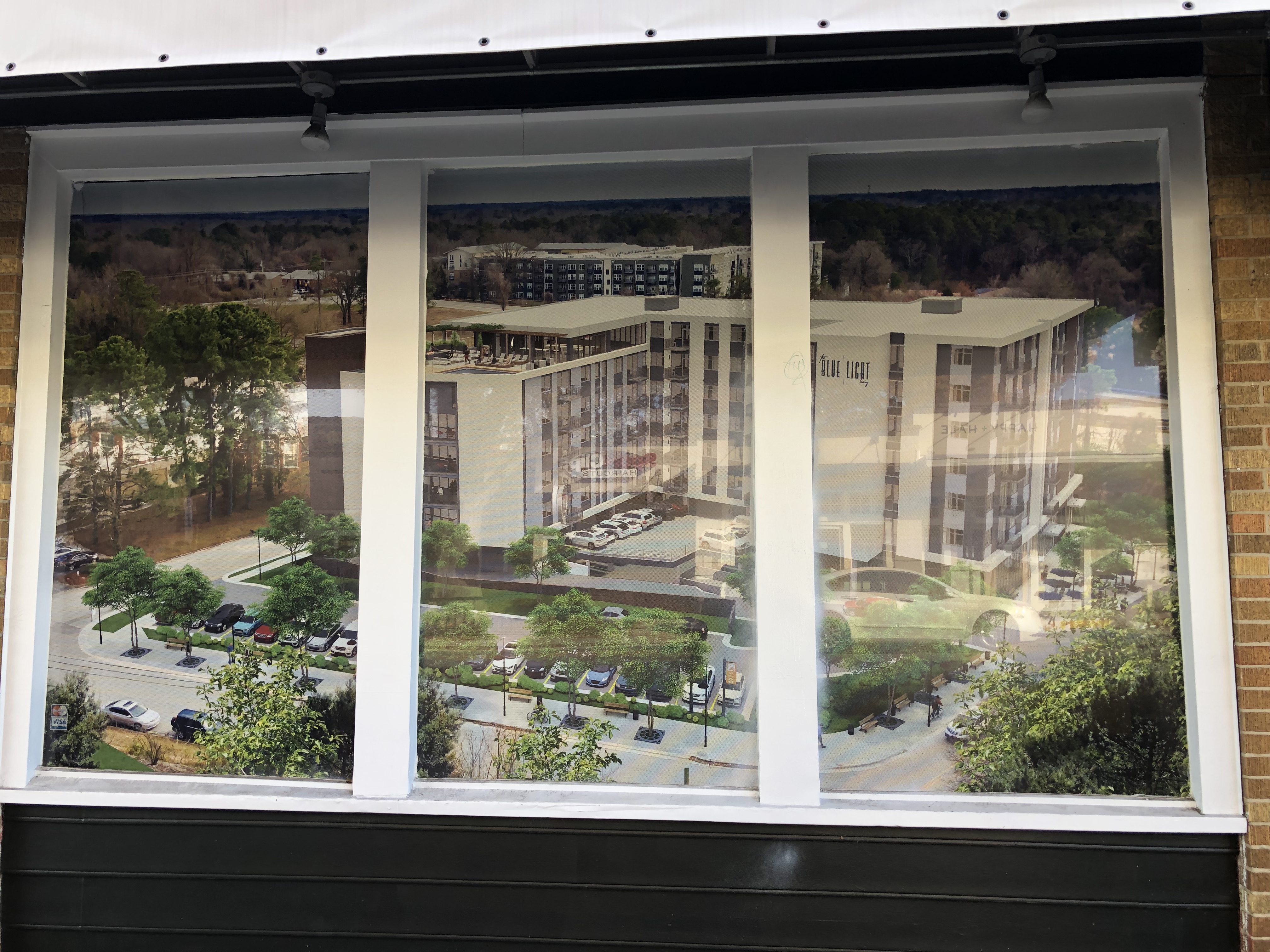 I took this picture at the leasing office for The Blue Light on Ninth Street, a block up the street from the construction zone

Because The Blue Light sign stayed up all the years of Sam’s Quik Shop, everyone in town has always known it by the older name. So now the apartment complex is bringing it back officially. I heard that the target audience will be Duke students. The location is perfectly located between East and West Campus and convenient to Broad and Ninth Streets.

The view from Ninth Street: 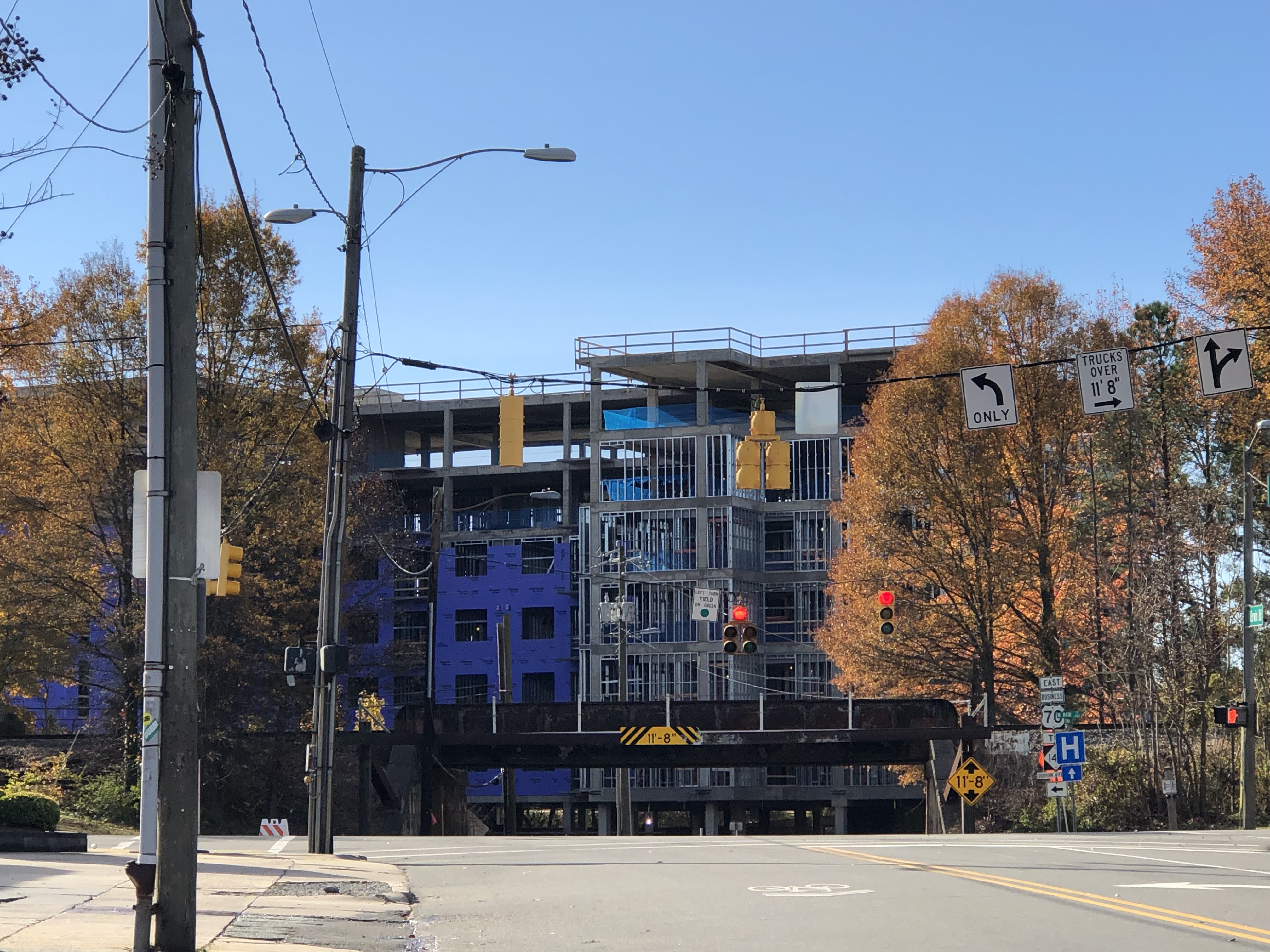 Back to downtown. Aspen, Colorado-based Austin Lawrence Partners who did One City Center own another sizable chunk of property downtown. Namely, South Bank. Here’s where it is in relationship to OCC. 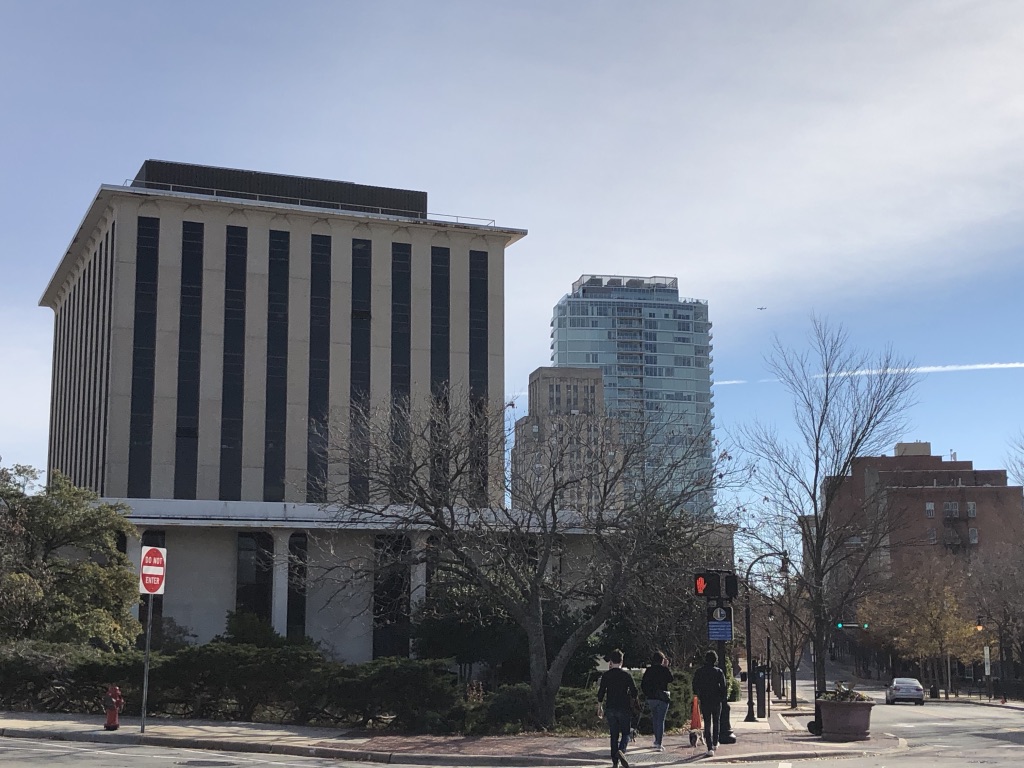 South Bank is in the foreground. 21C is the building in the middle. The view looks east down Main Street. The green traffic lights, lower right, are at Five Points

I heard that this very odd intersection developed from old cow paths.

For me Five Points has always been the heart-breaker of downtown Durham. 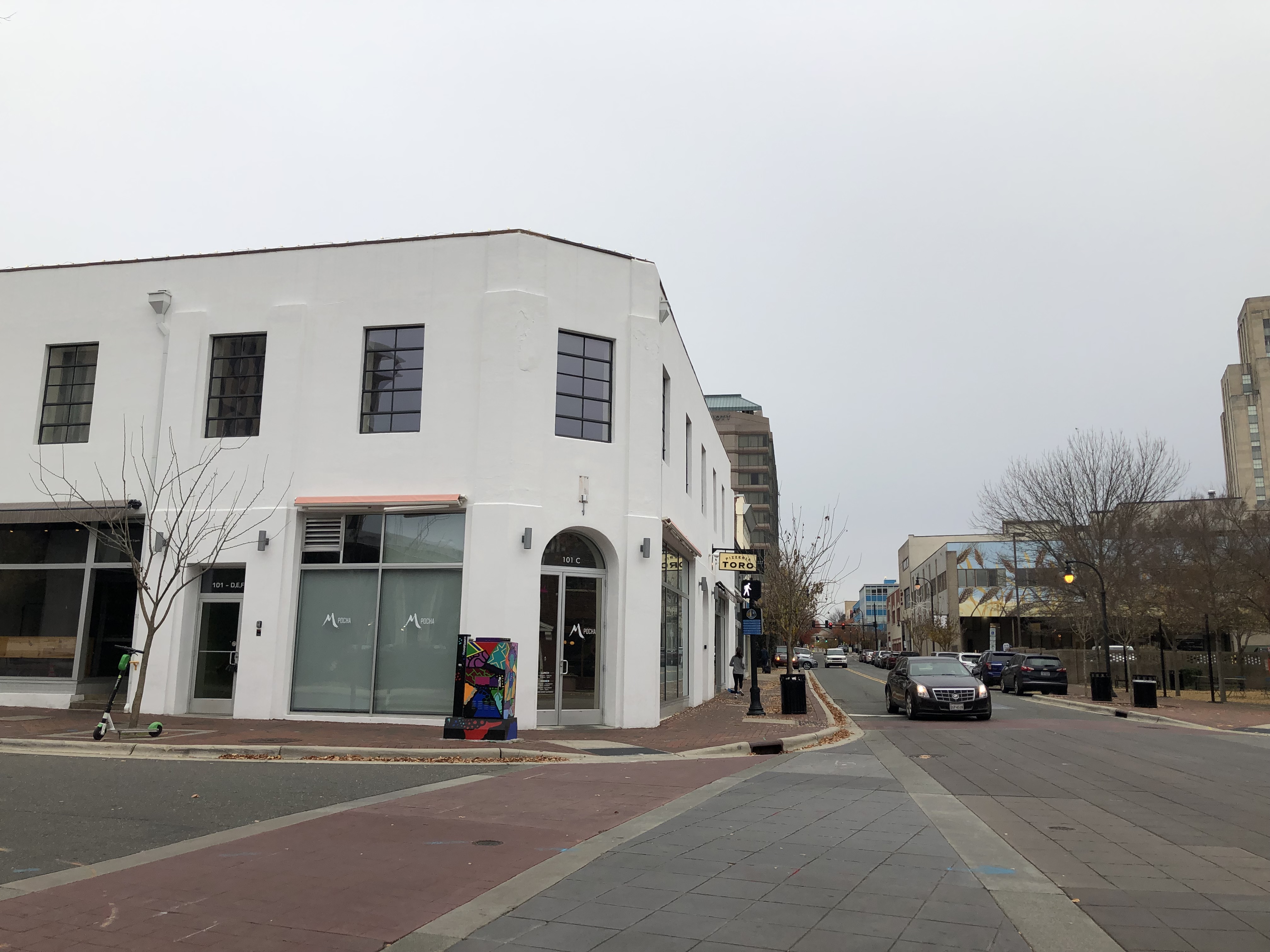 The view is east on Chapel Hill Street

In the image, below, the buildings on the right fill in a solid third point. However, the center of the image – let’s call it the fourth point – is another empty space. It serves as a “park” and a parking lot for the bakery in the building obscured by the trees. 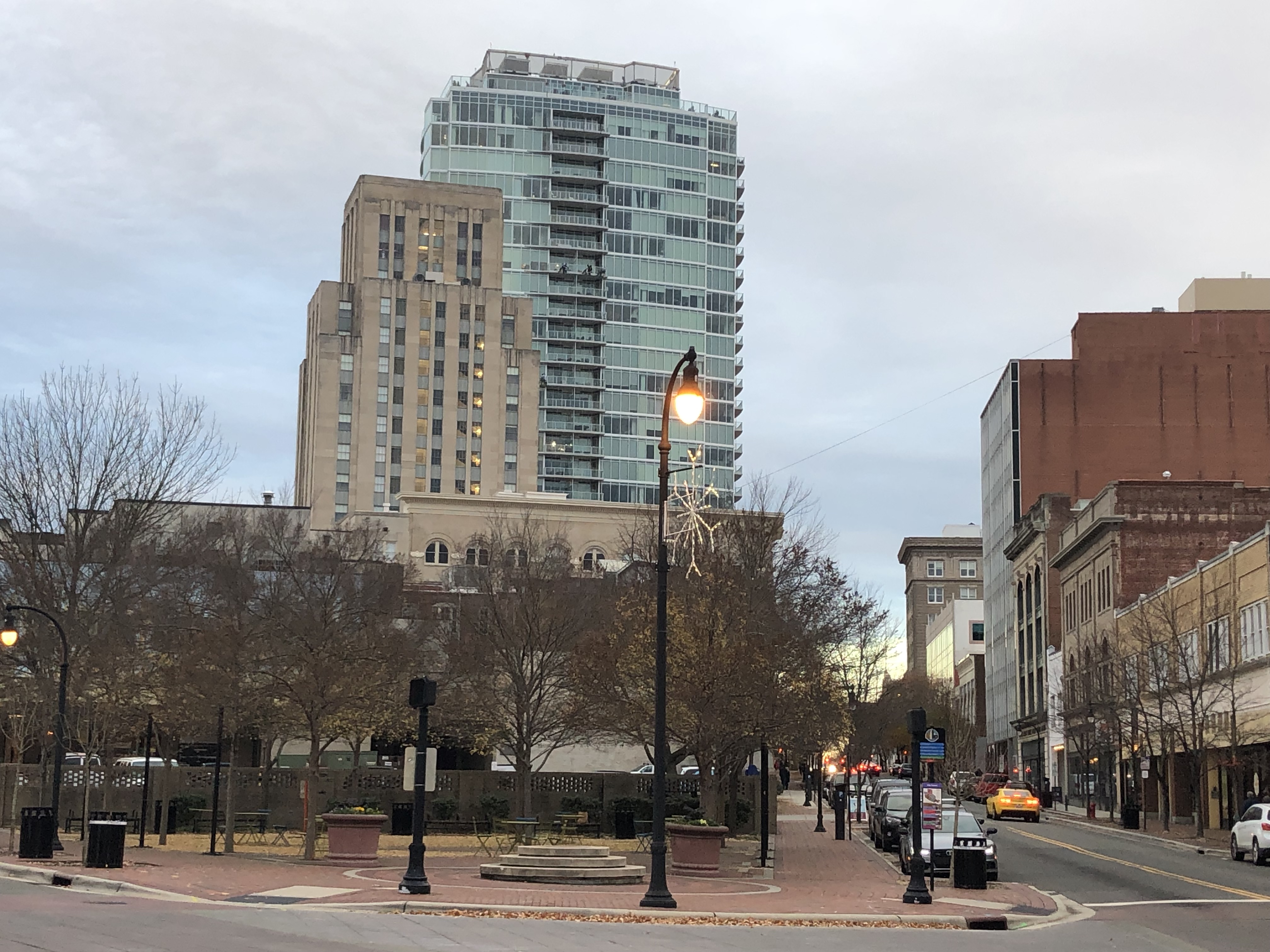 The building in front of OCC is 21C.

The heart-breaker is this: 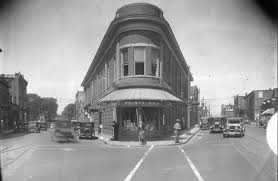 Main Street goes to the right, Chapel Hill Street to the left

An original flatiron building! It was the Five Points Drug Company which morphed into the Piedmont Building: 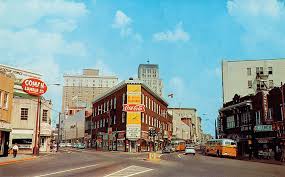 Oh, man. If Durham still had this building, it would be golden. Even more, the fifth point of Five Points is another empty lot crying out for a flatiron building: 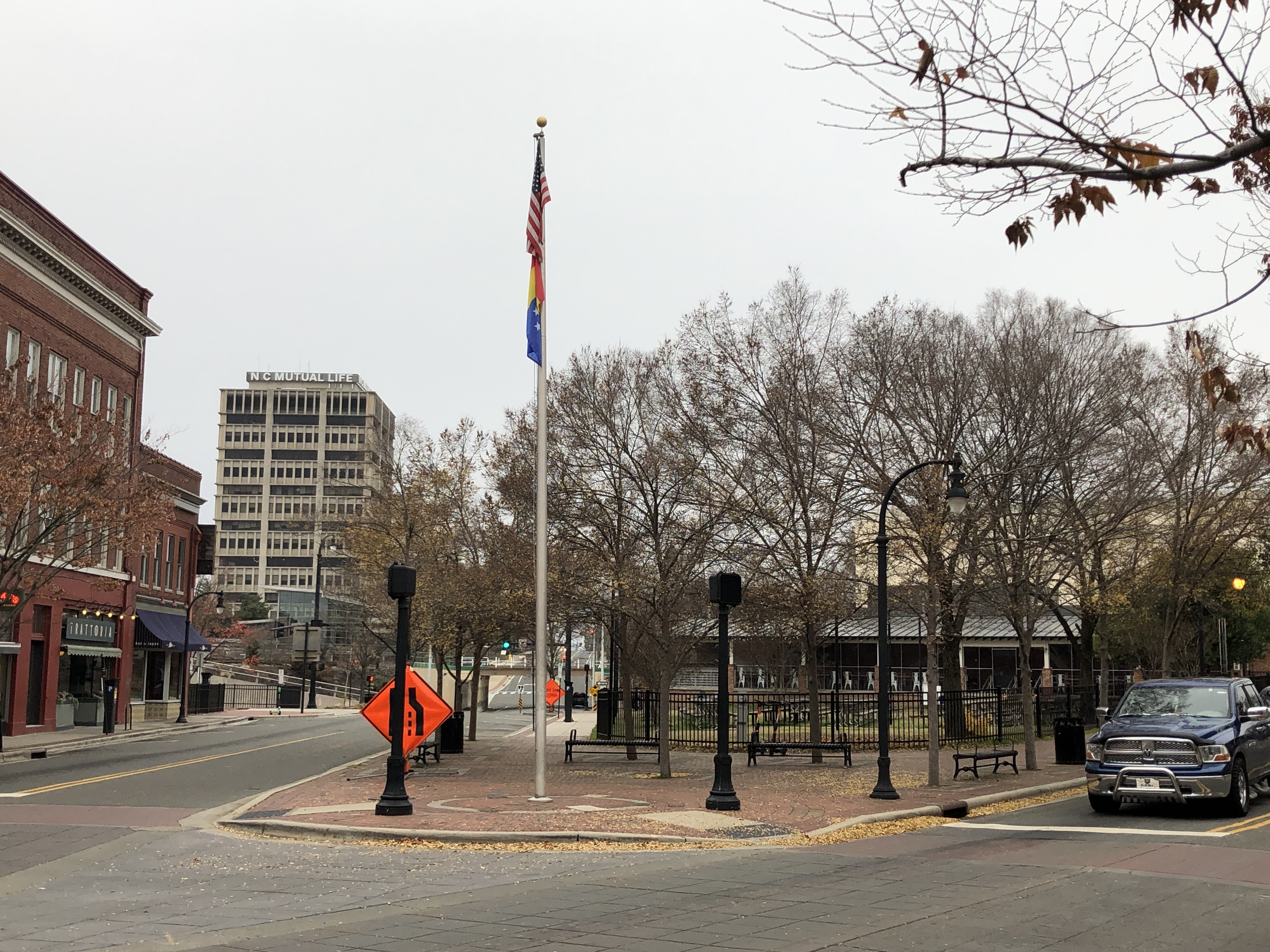 The view is west down Chapel Hill street on the left. The truck stopped at the light is heading east on Main Street

My hope is for one flatiron building. My dream is for two.