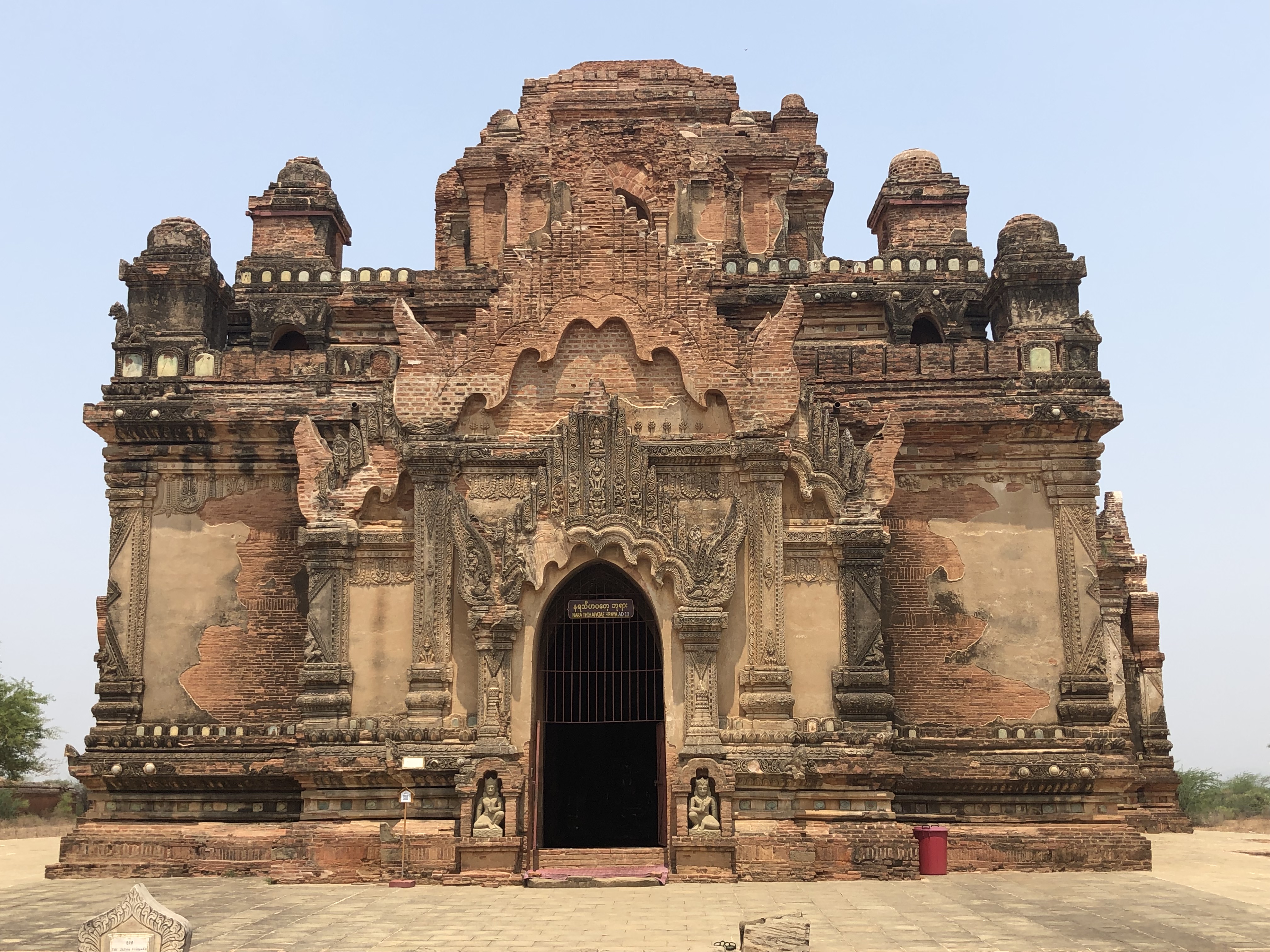 A quick flight from Yangon took us to Bagan. It is the city of 4444 temples and pagodas, mostly from the 13th century. The title image is of Narathihapatae Phaya. It is also called Tayok-pyi < ta ‘Mongolian’ + yok ‘strong energy’ + pyi ‘run away’ + phaya ‘temple.’ It is unfinished.

Here’s the story: In 1287 during the construction of the temple the ground started moving. People thought an earthquake was happening. Instead, it was Kublai Khan with his army of 9000 men on horseback invading. The Burmese upped sticks and left town.

Everywhere you go in the area you see temples. Including from the lobby of my hotel, The Aureum Palace, which I highly recommend. 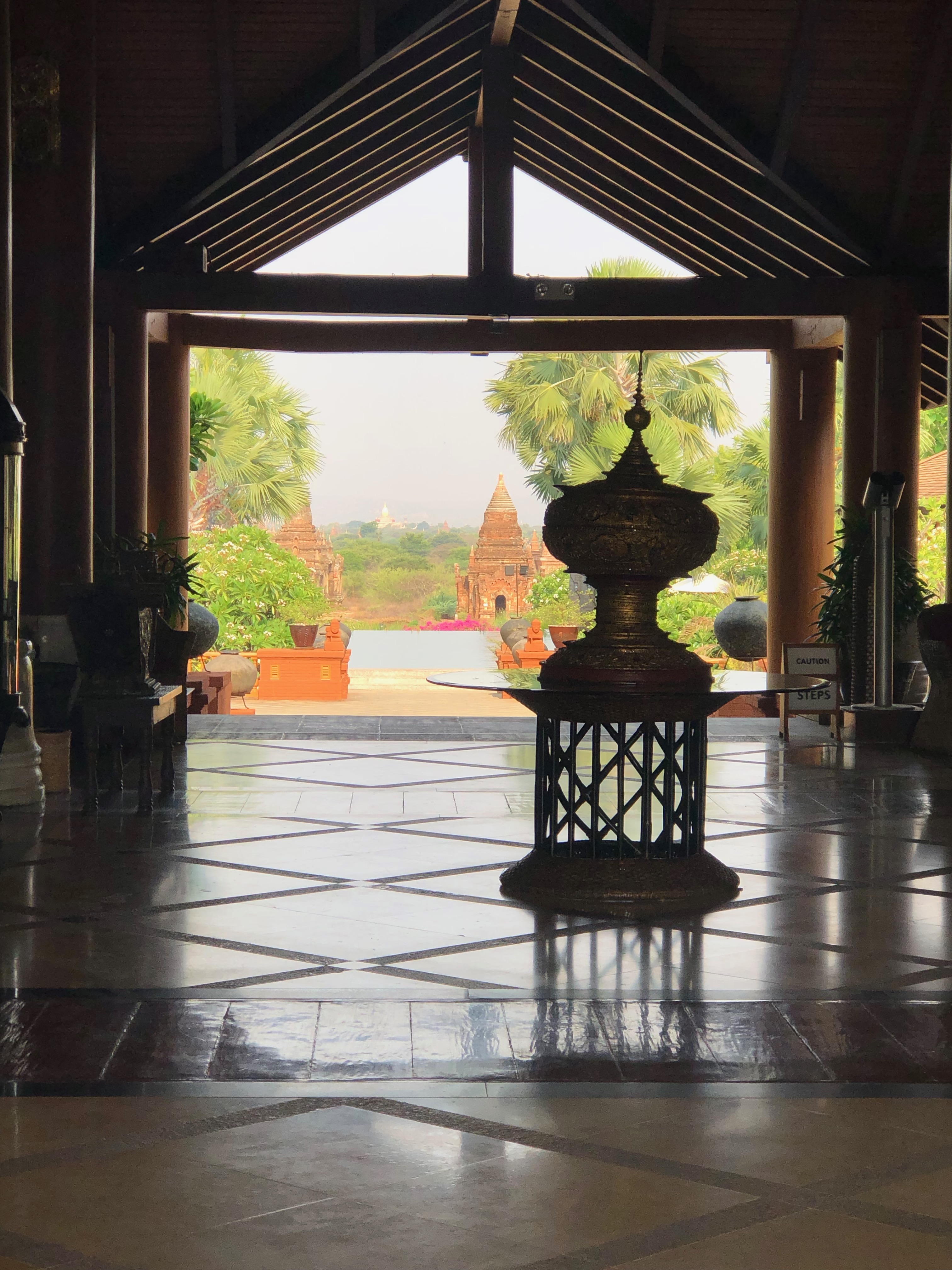 Next door to the hotel is a viewing tower. Here I am with my guide, Win Kyaw Zan: 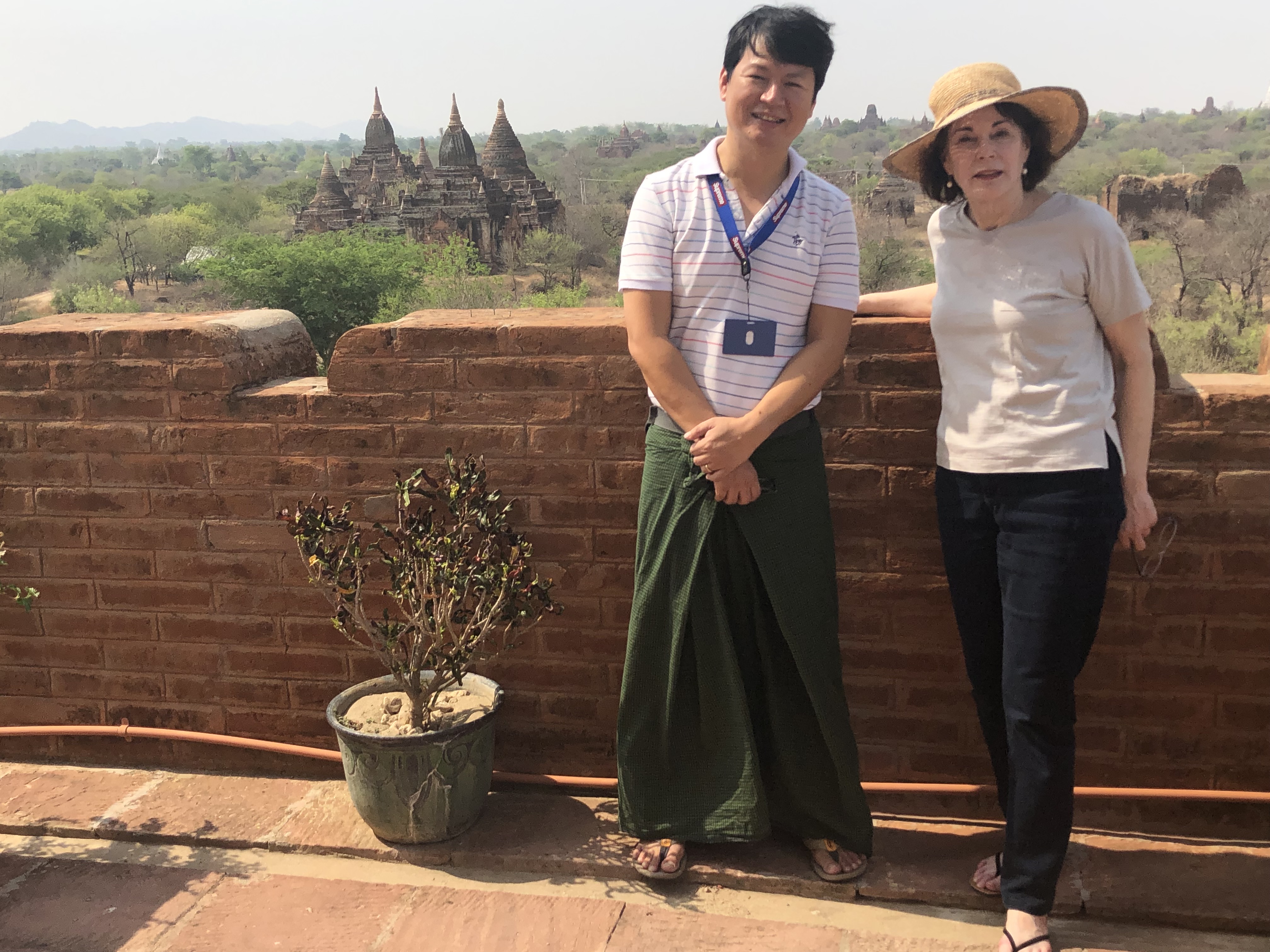 Win is wearing the traditional longyi, which nearly everyone wears in Myanmar

When I say there are temples everywhere, I mean everywhere. You drive by them. 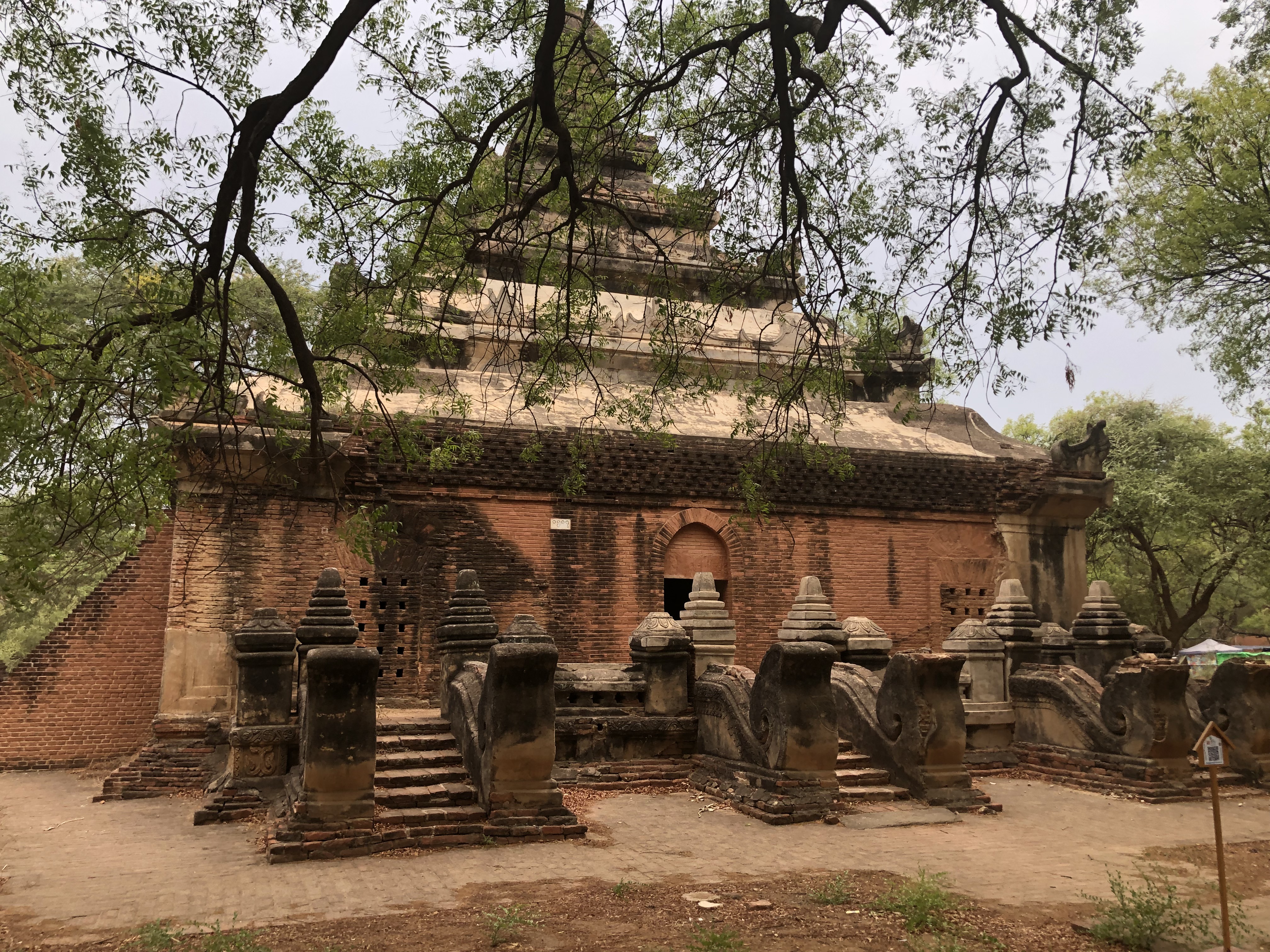 You glimpse other temples behind temples. 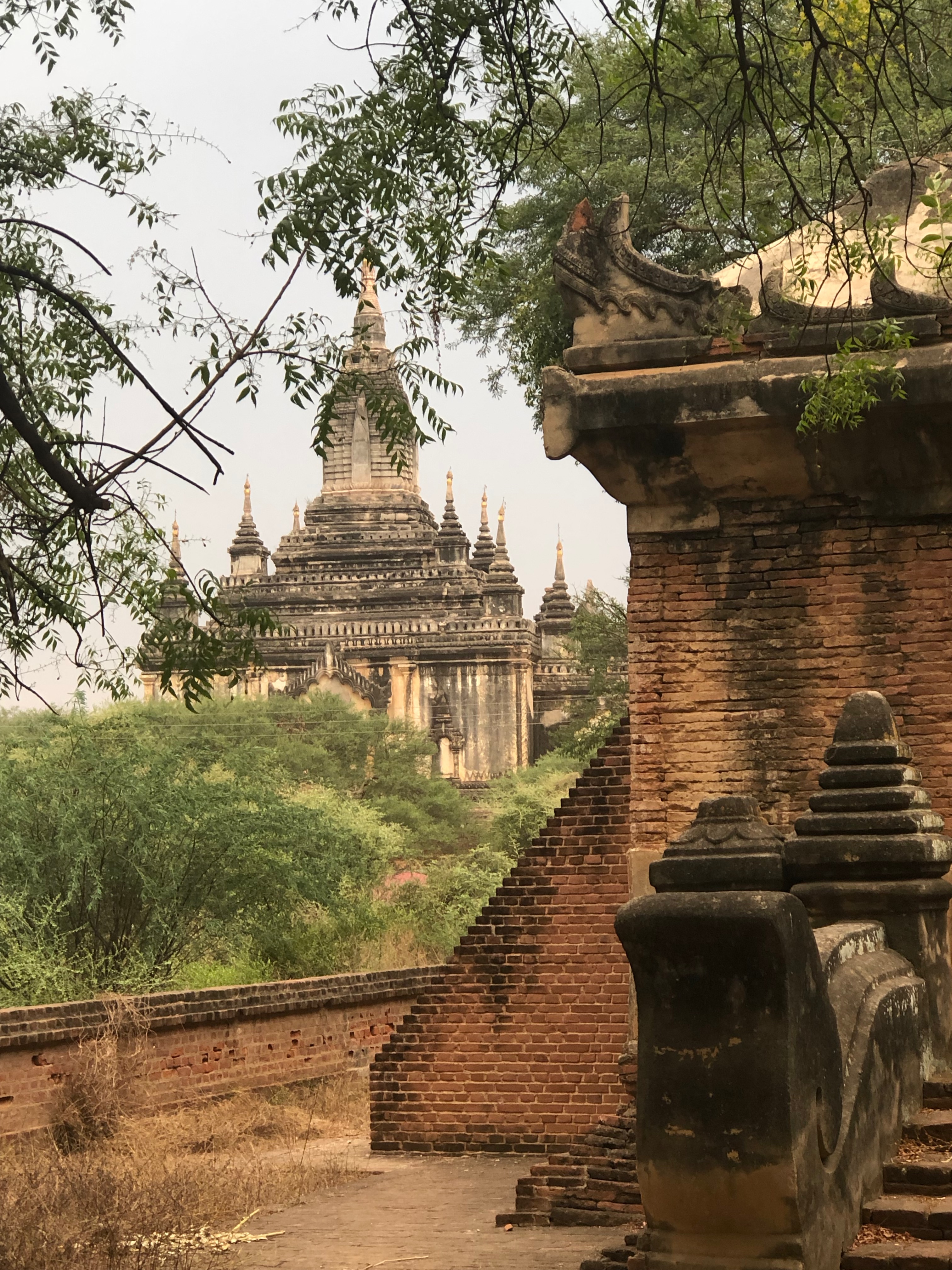 The landscape is multilayered. 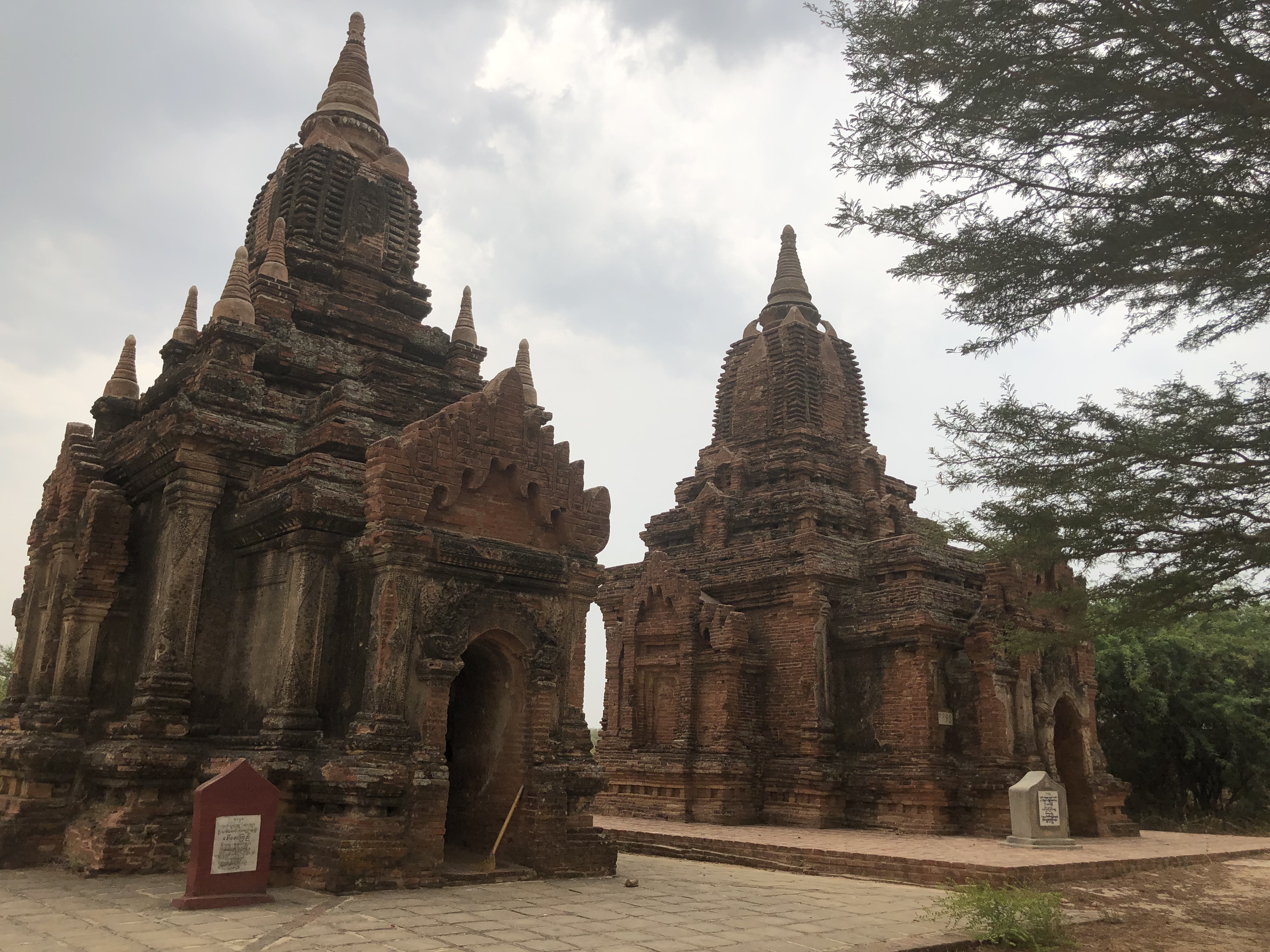 It goes on and on. Truly impressive. Mistily romantic with a haunting air of the past.

As if all the temples aren’t enough, Bagan boasts the Shwezigon Pagoda (shwe ‘gold’ + zigon ‘sandstone’) 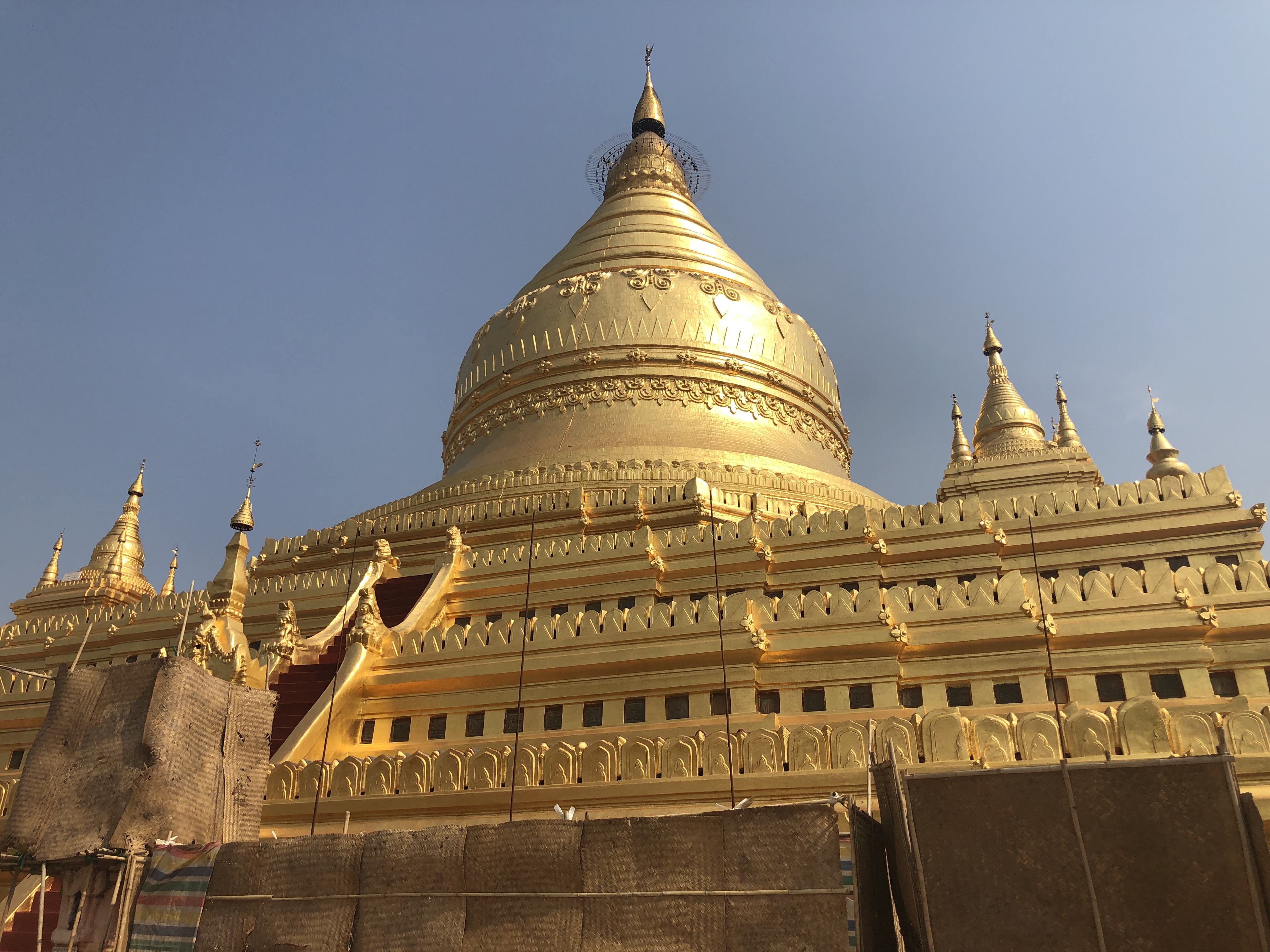 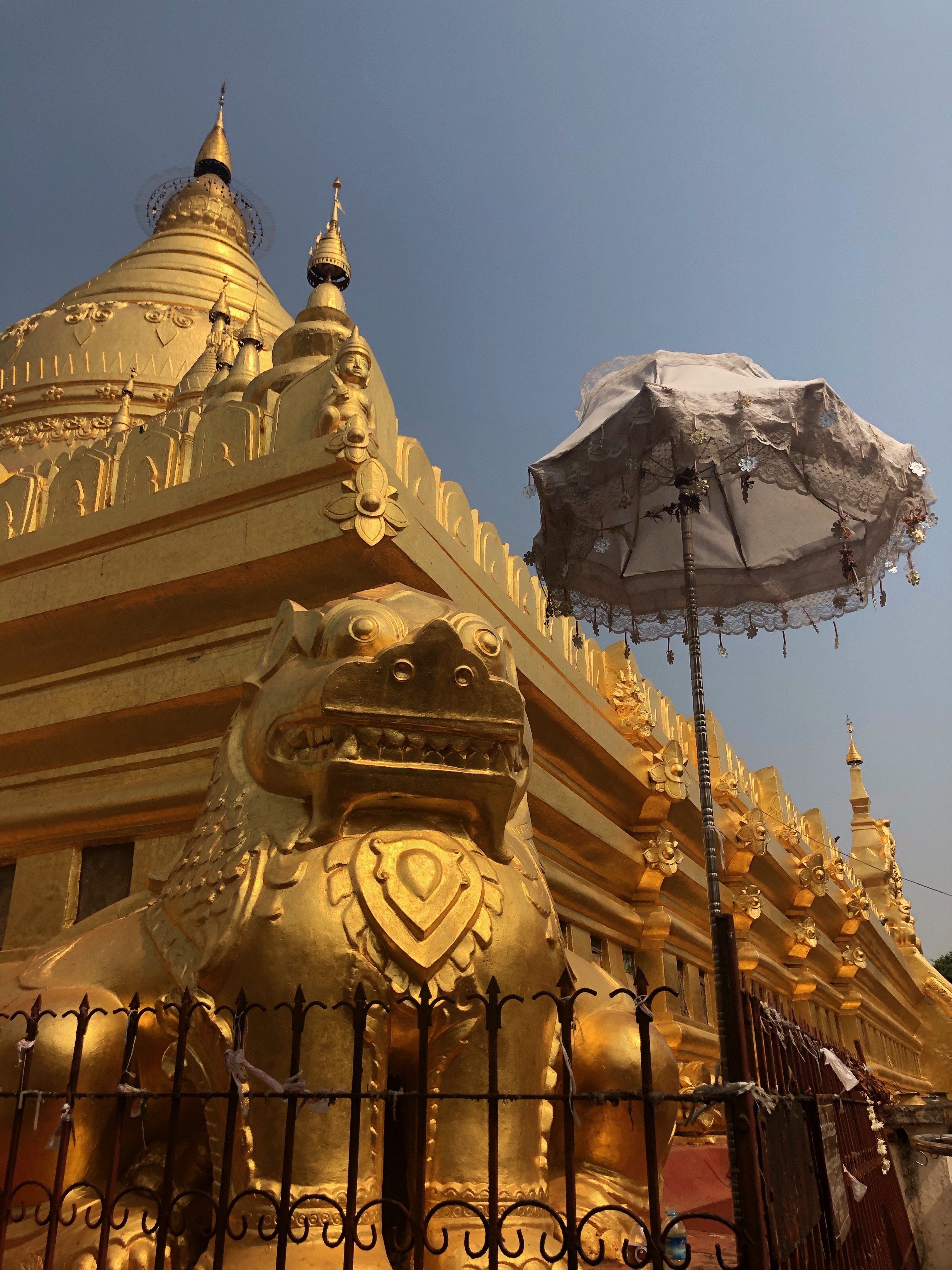 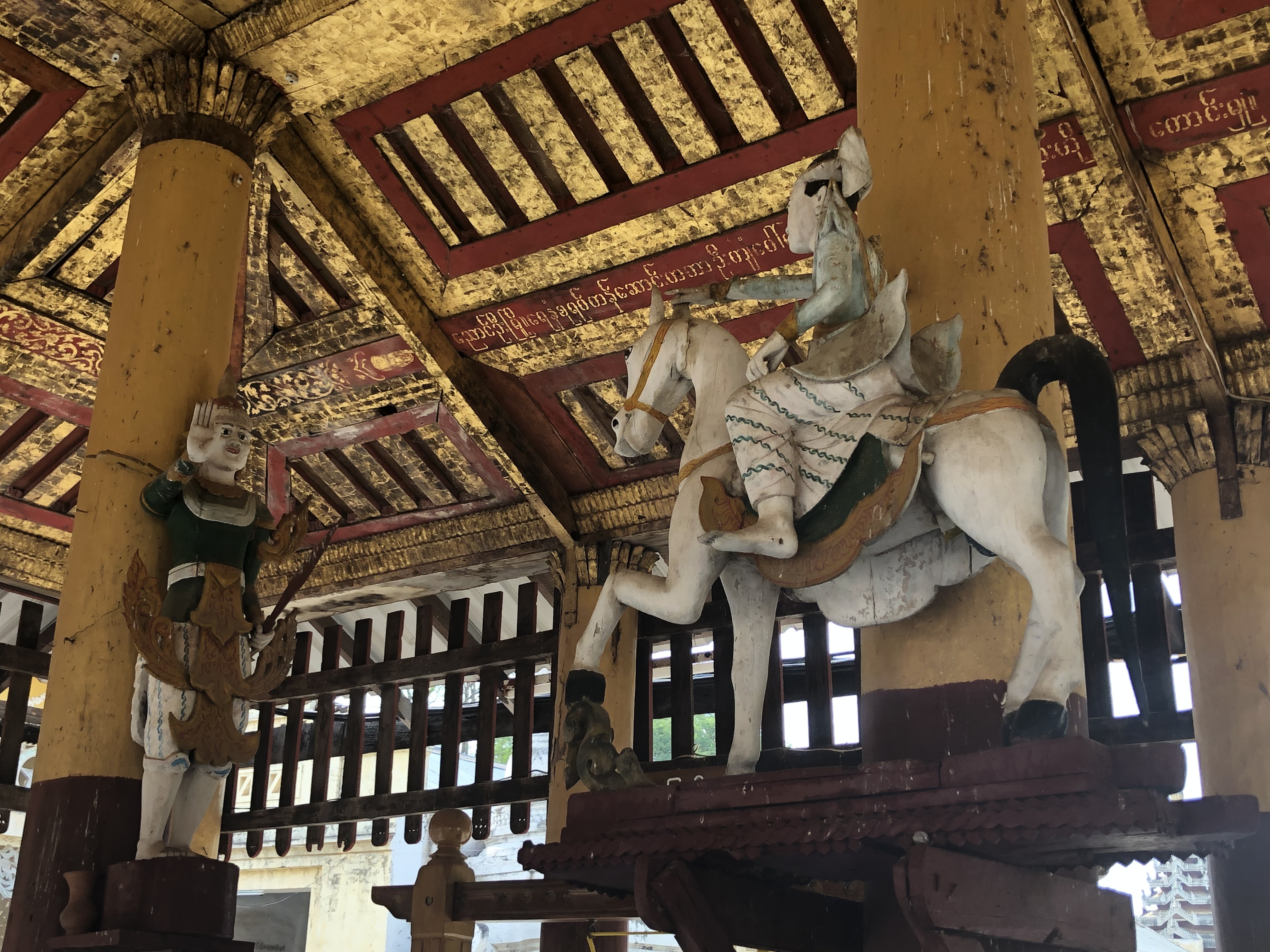 The gold is truly impressive: 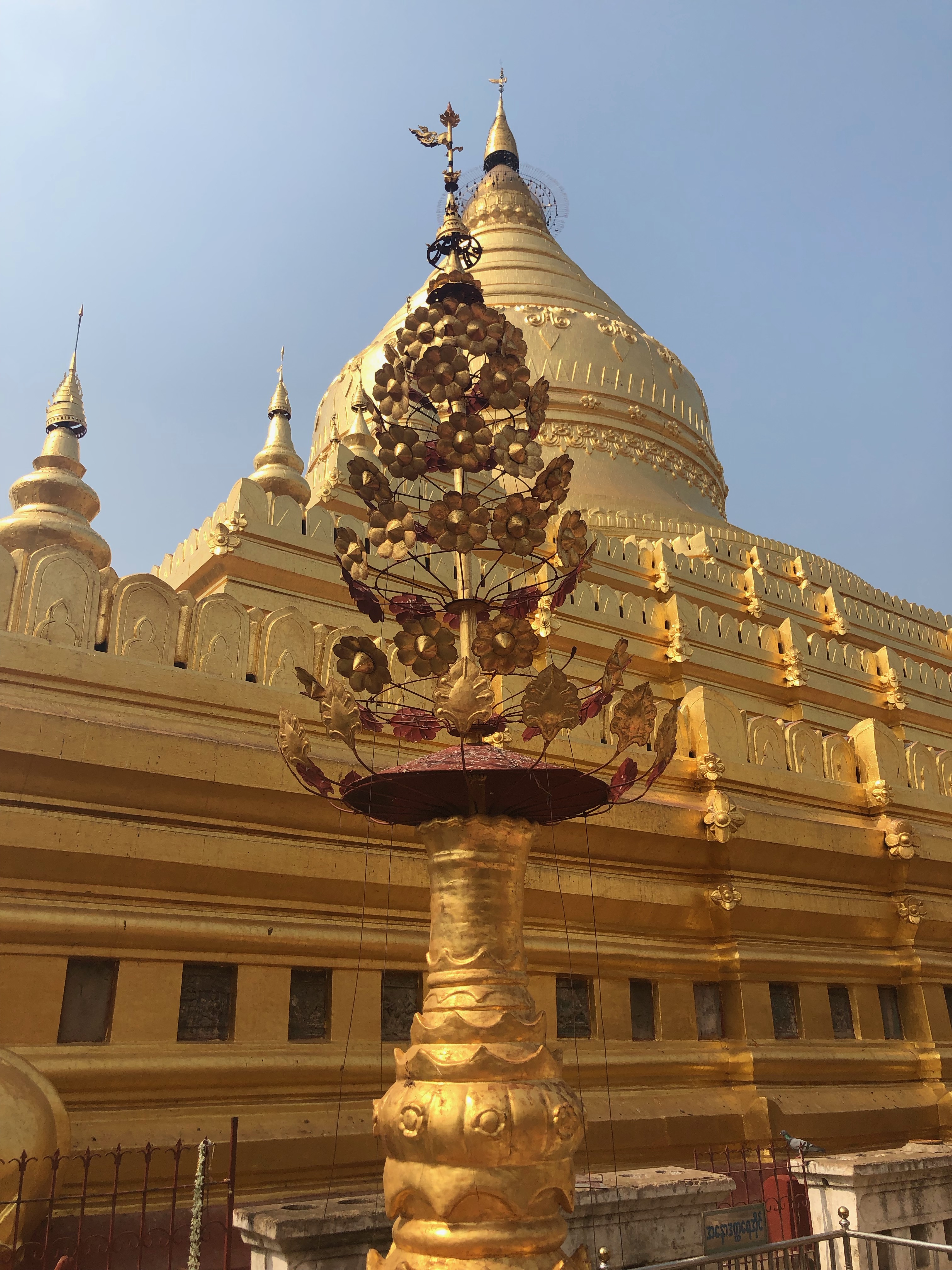 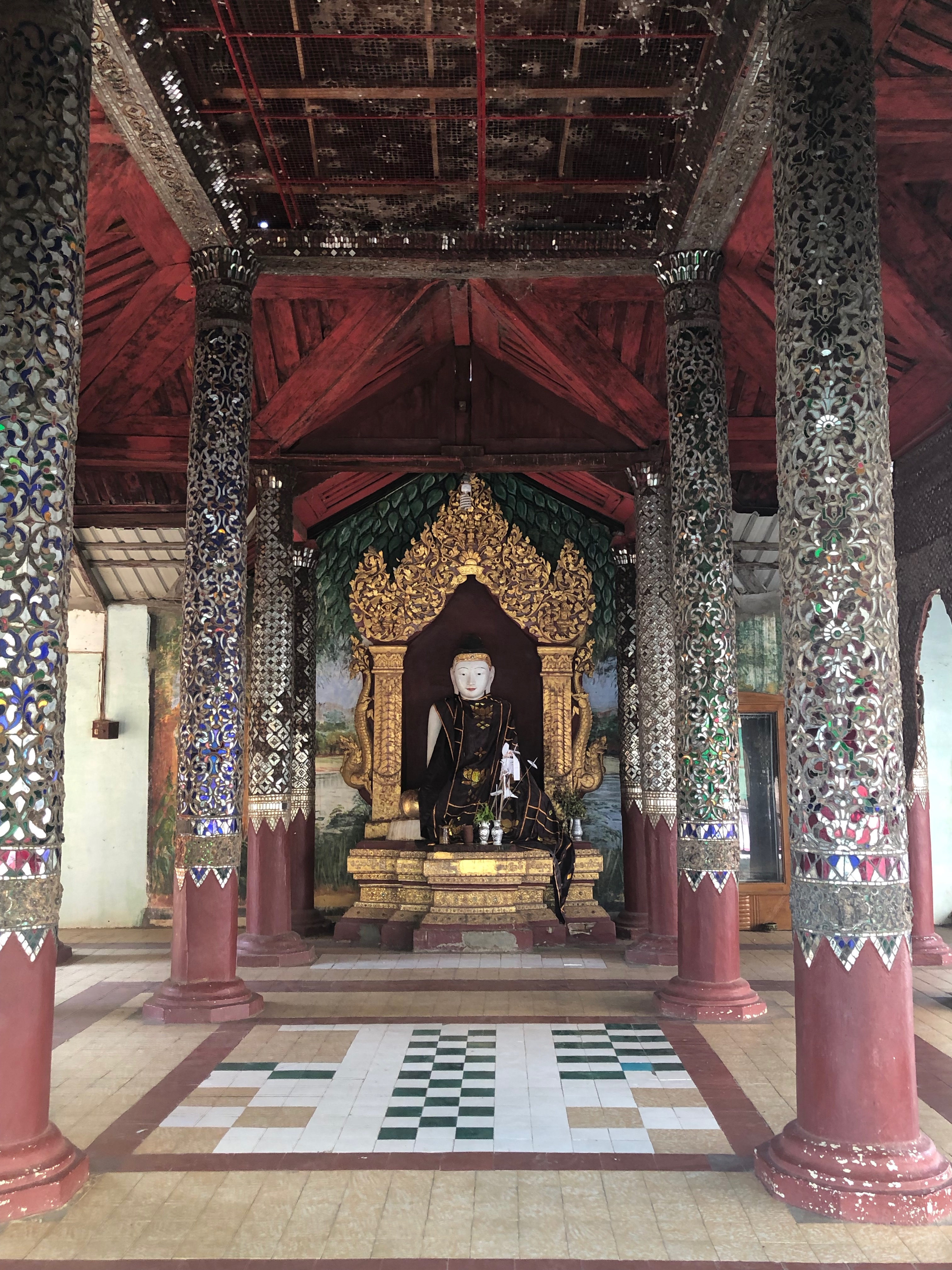 Ananda Temple is as impressive as everything else in Bagan. 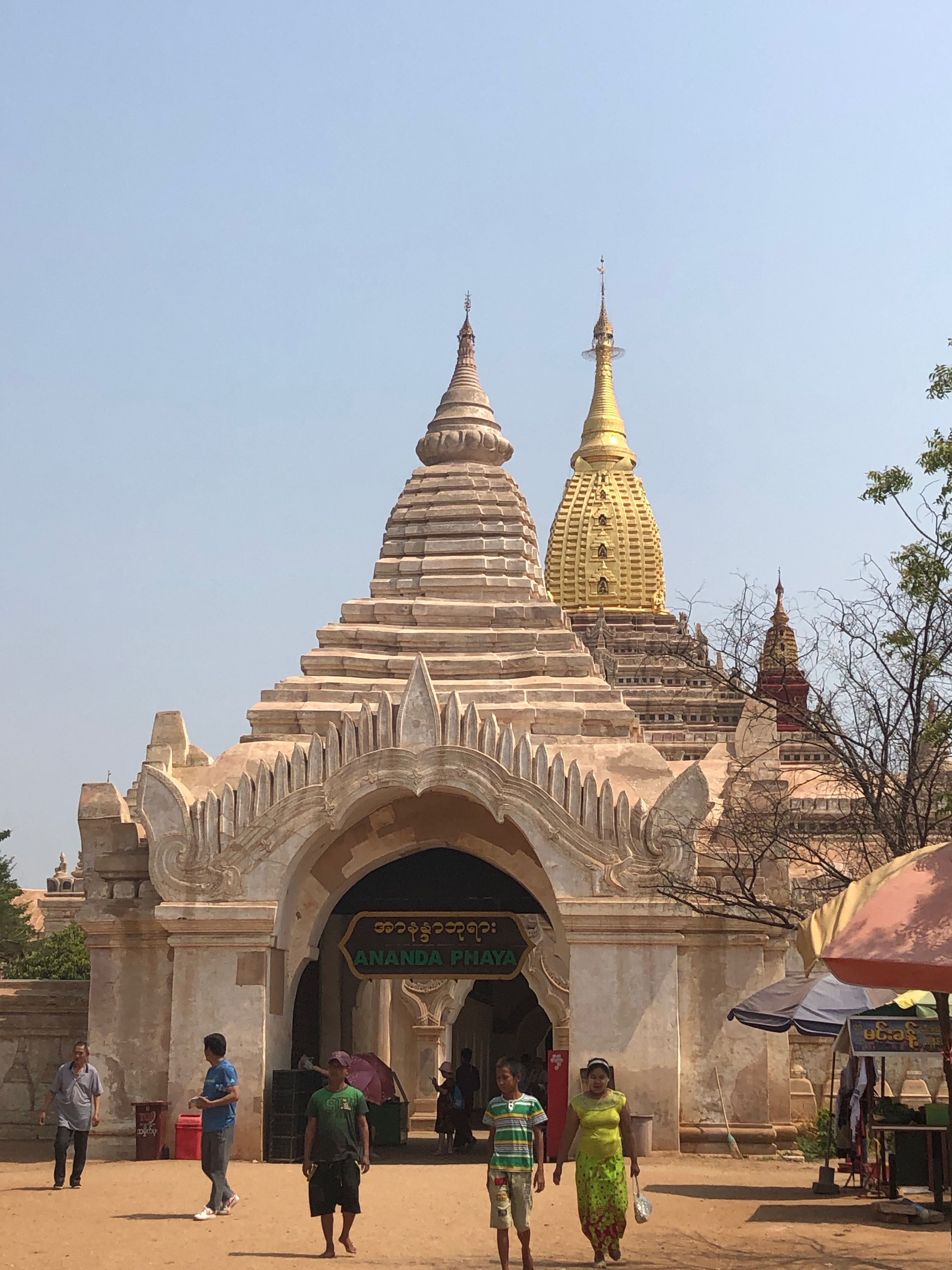 You always take your shoes off: 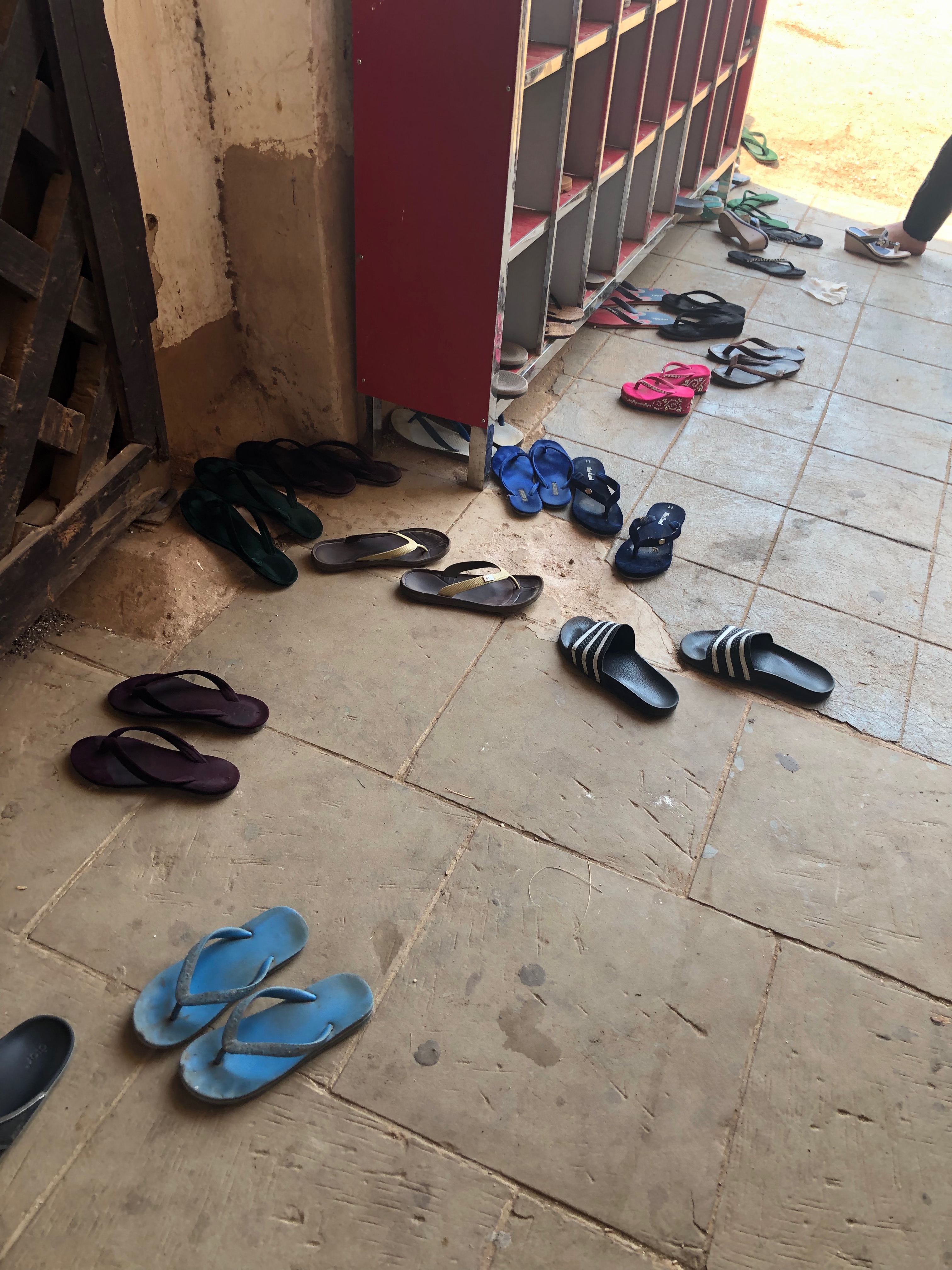 The temple has four very big Buddhas. They stand in recesses on all four sides of the building. Here’s one: 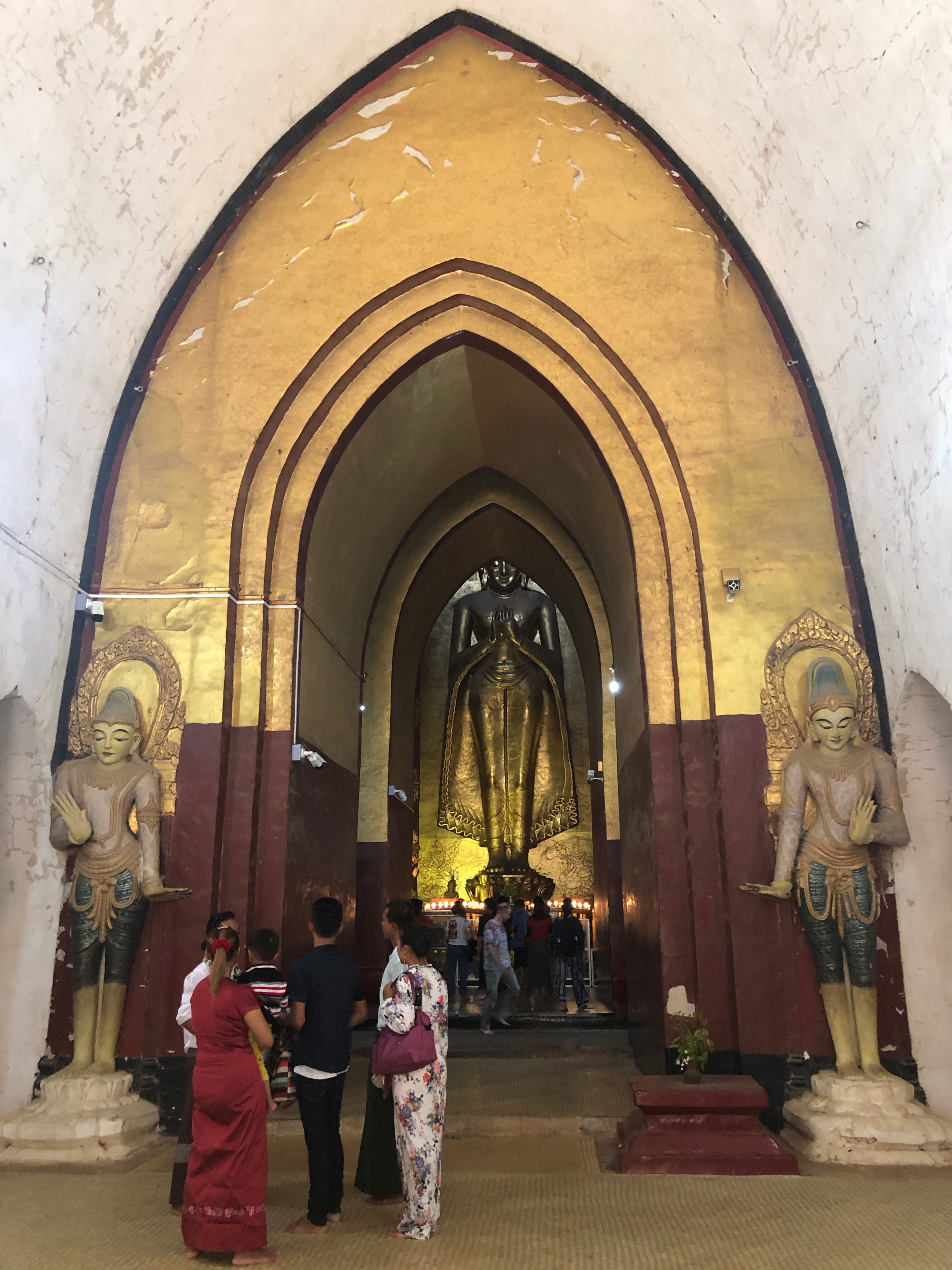 Hindu gods guard the alcove. The Hindu gods were working for the people before Buddha came along, so, the people – you know – just kept them 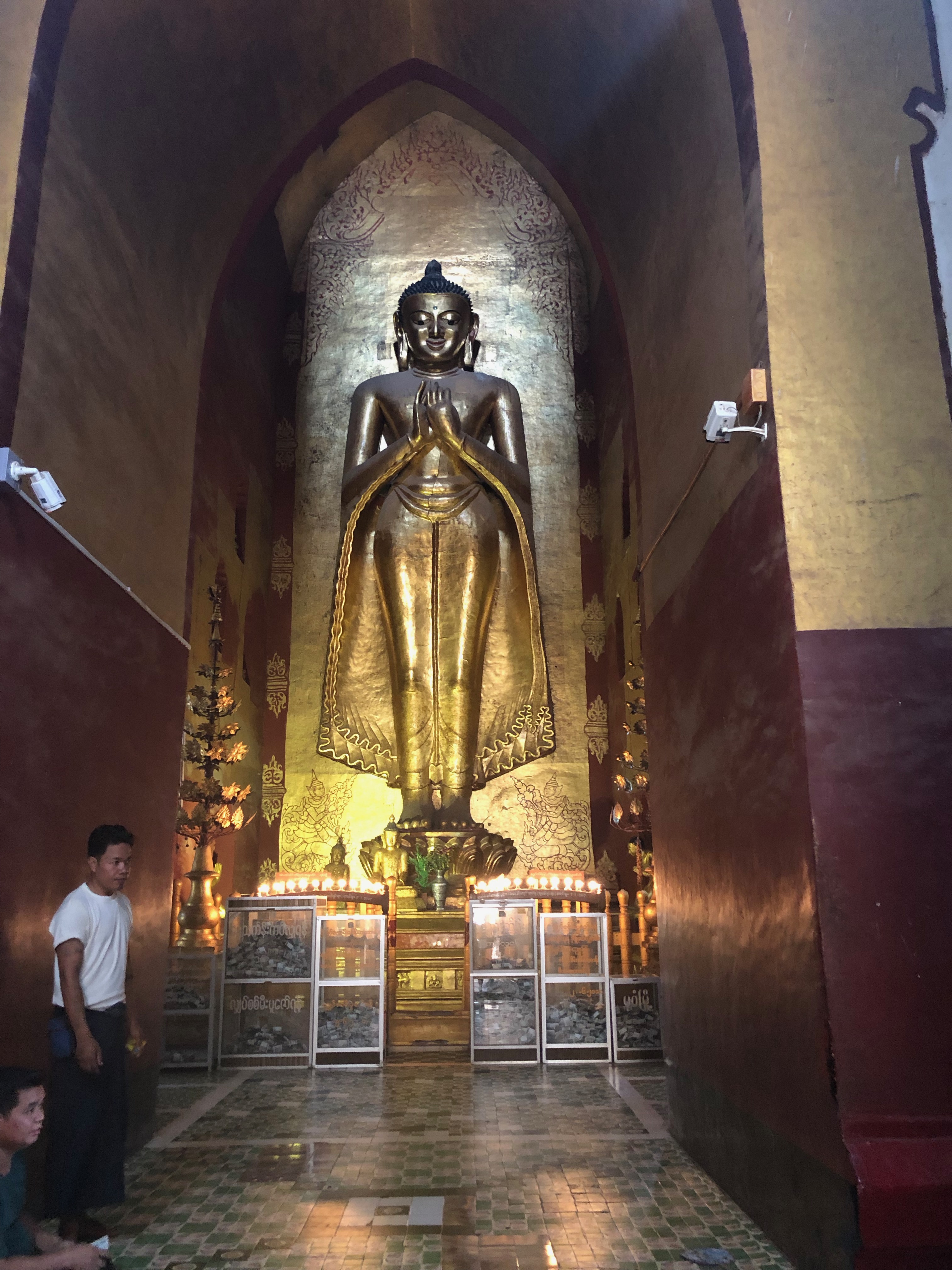 It’s a large and complex building. 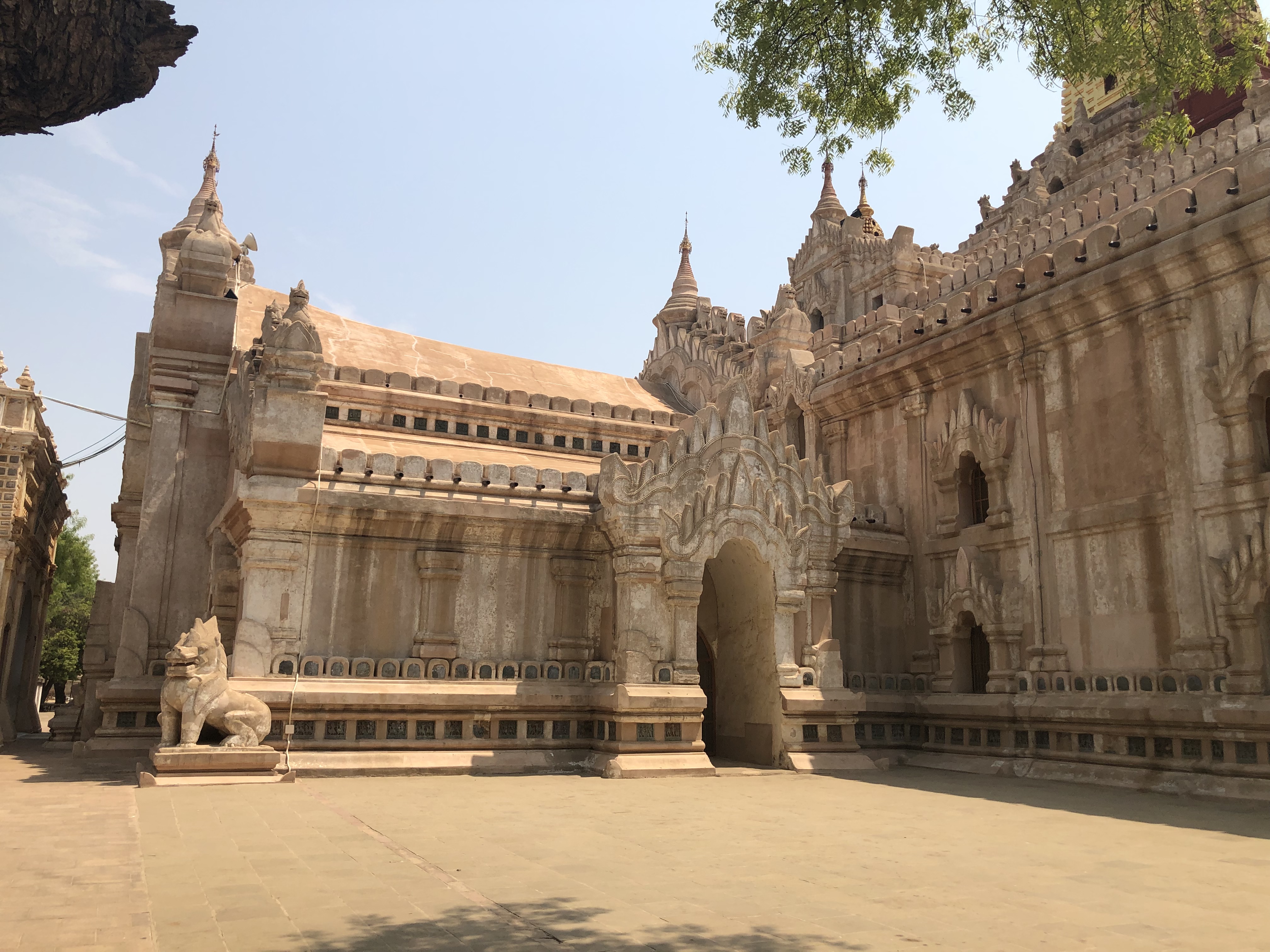 This temple is also known as Dhamma-yan-gyi < dhamma ‘teachings of Buddha’ + yan ‘enemy’ + gui ‘big’. It is also the biggest of all the temples. 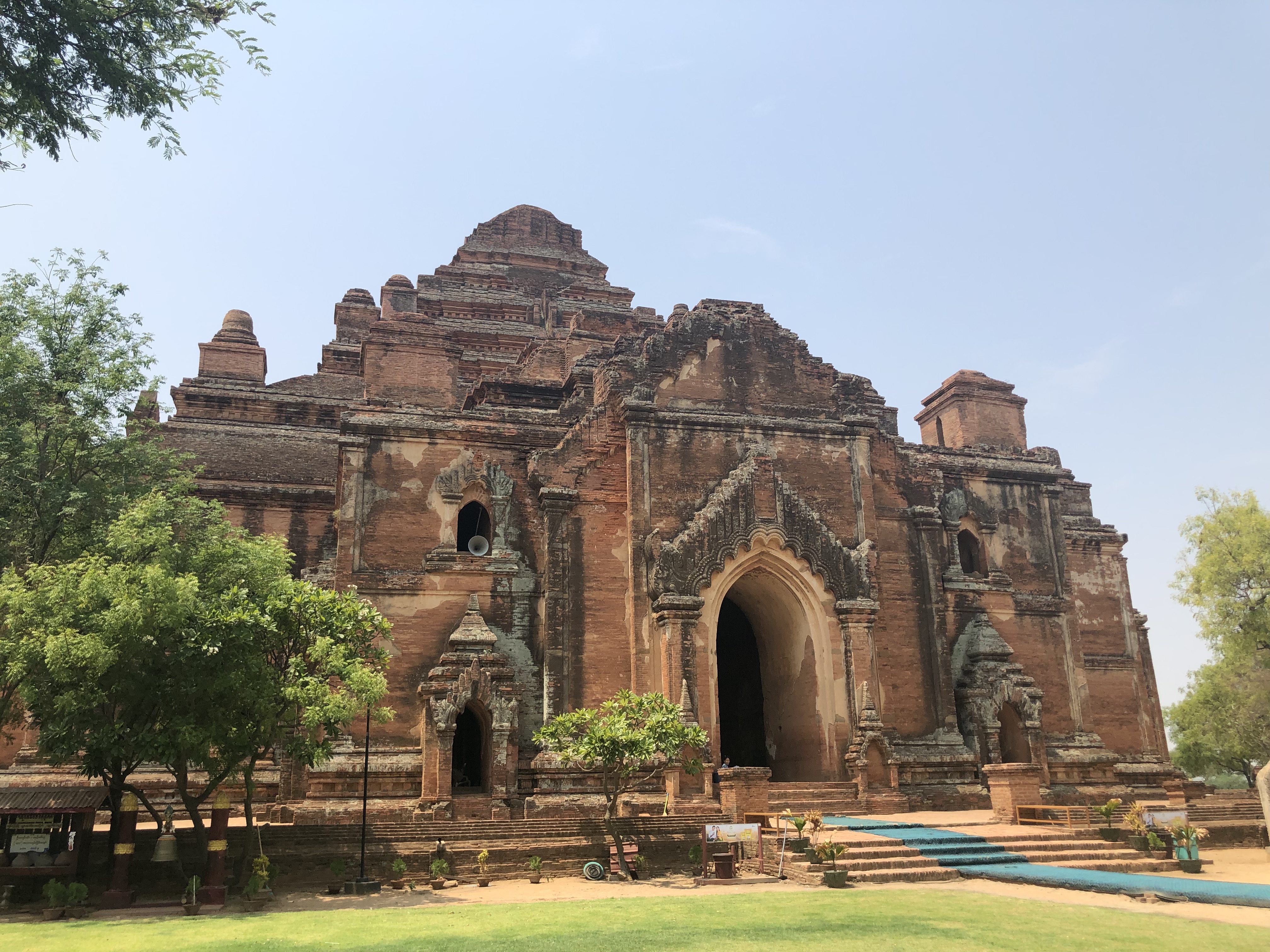 The story goes: In the 12th century King Narathu assassinated his father and older brother to inherit the throne. Then he built the temple to atone for his sins. However, as Win pointed out, the king didn’t exactly learn his lesson.

Next, he either married a beautiful princess from India and then had her killed for some reason.

Or he ordered bricks to be made from towns all over Burma, and if the bricks from a certain city weren’t even in size he had the workers killed.

Or maybe he did both.

Any way you look at it, he was a bad guy.

He left us some good Buddhas, though. 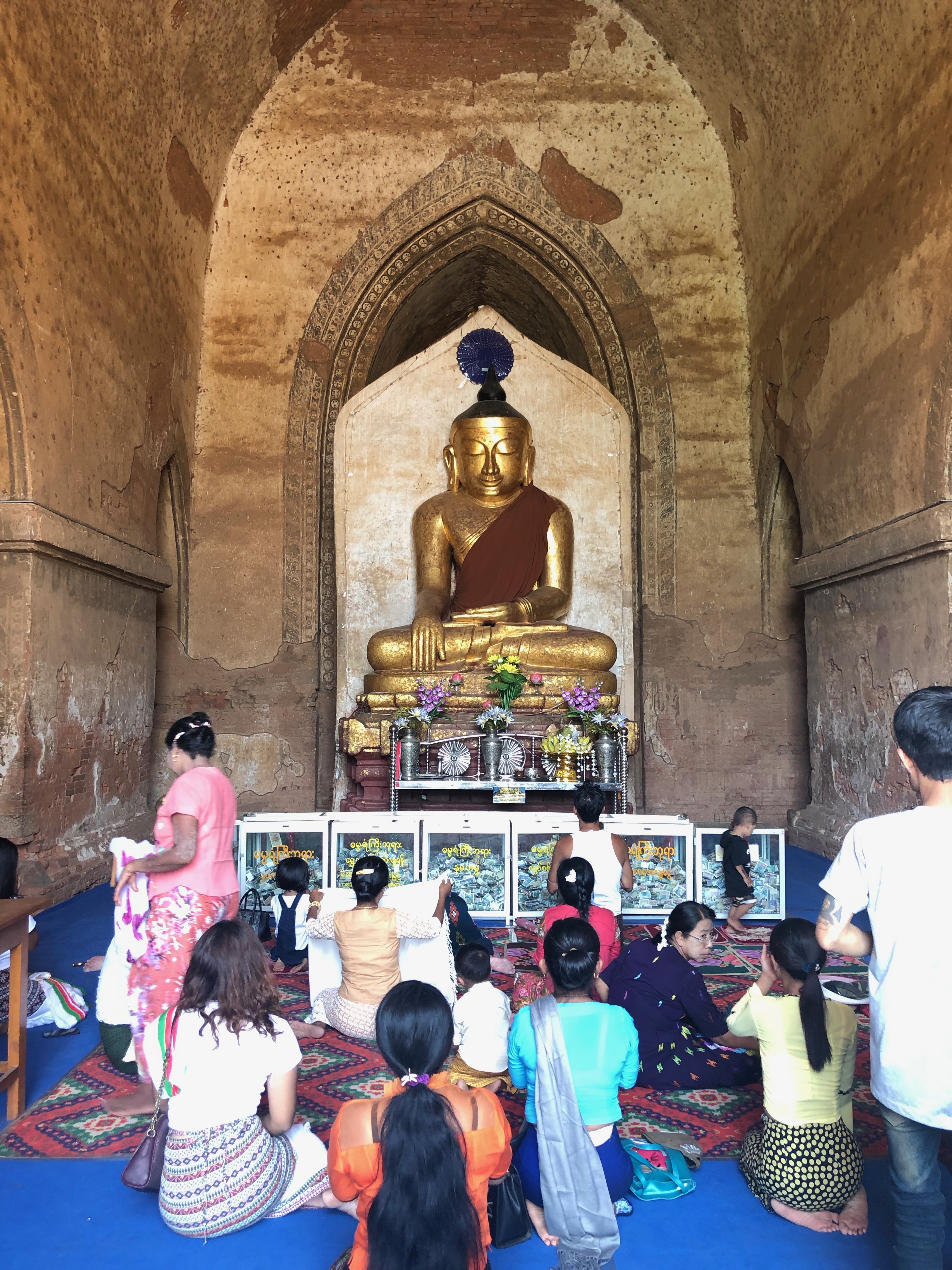 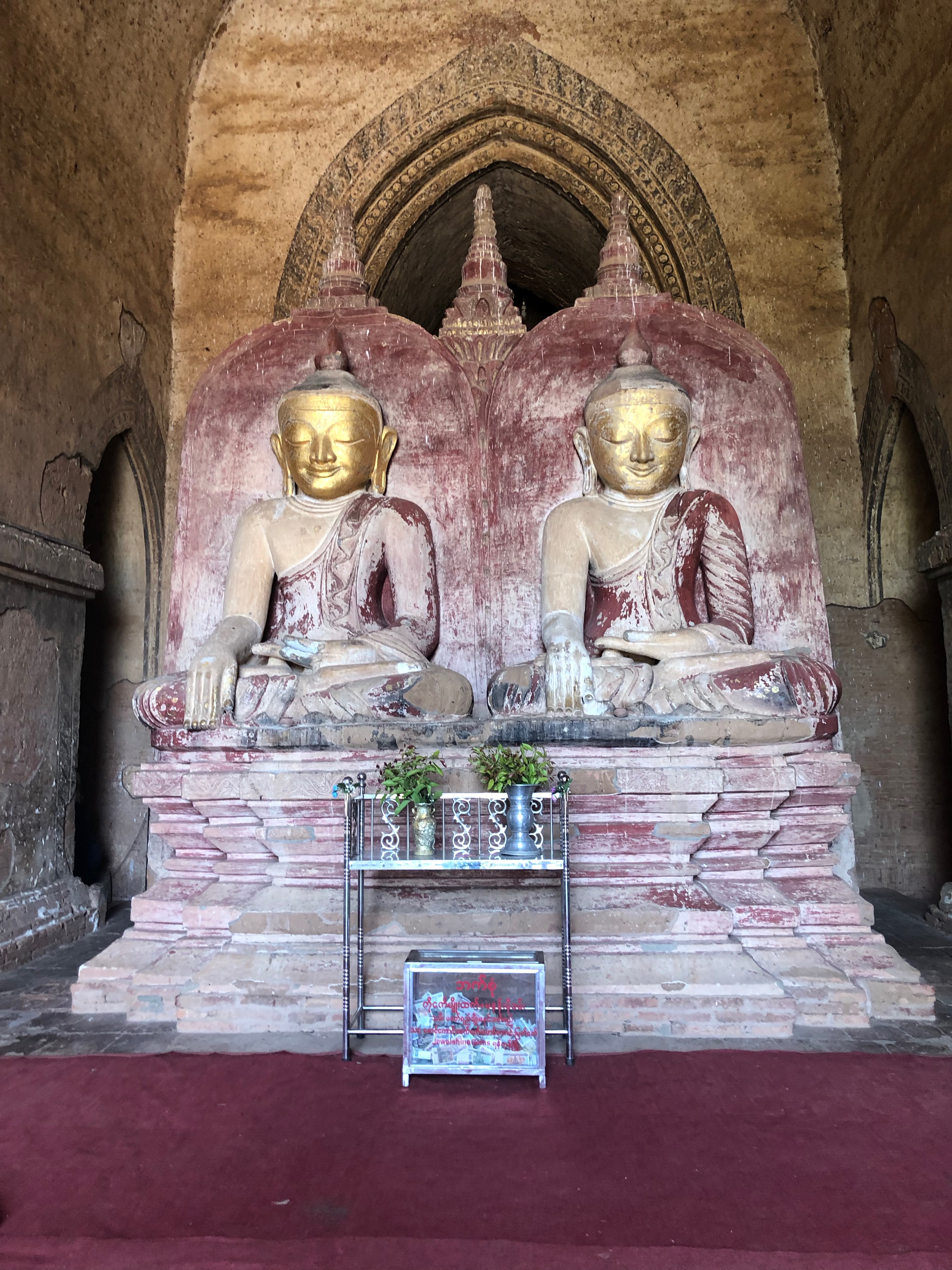 You can let your thoughts drift down a corridor and waft around King Narathu’s perfidy and his probable eternal damnation (or we can hope, anyway): 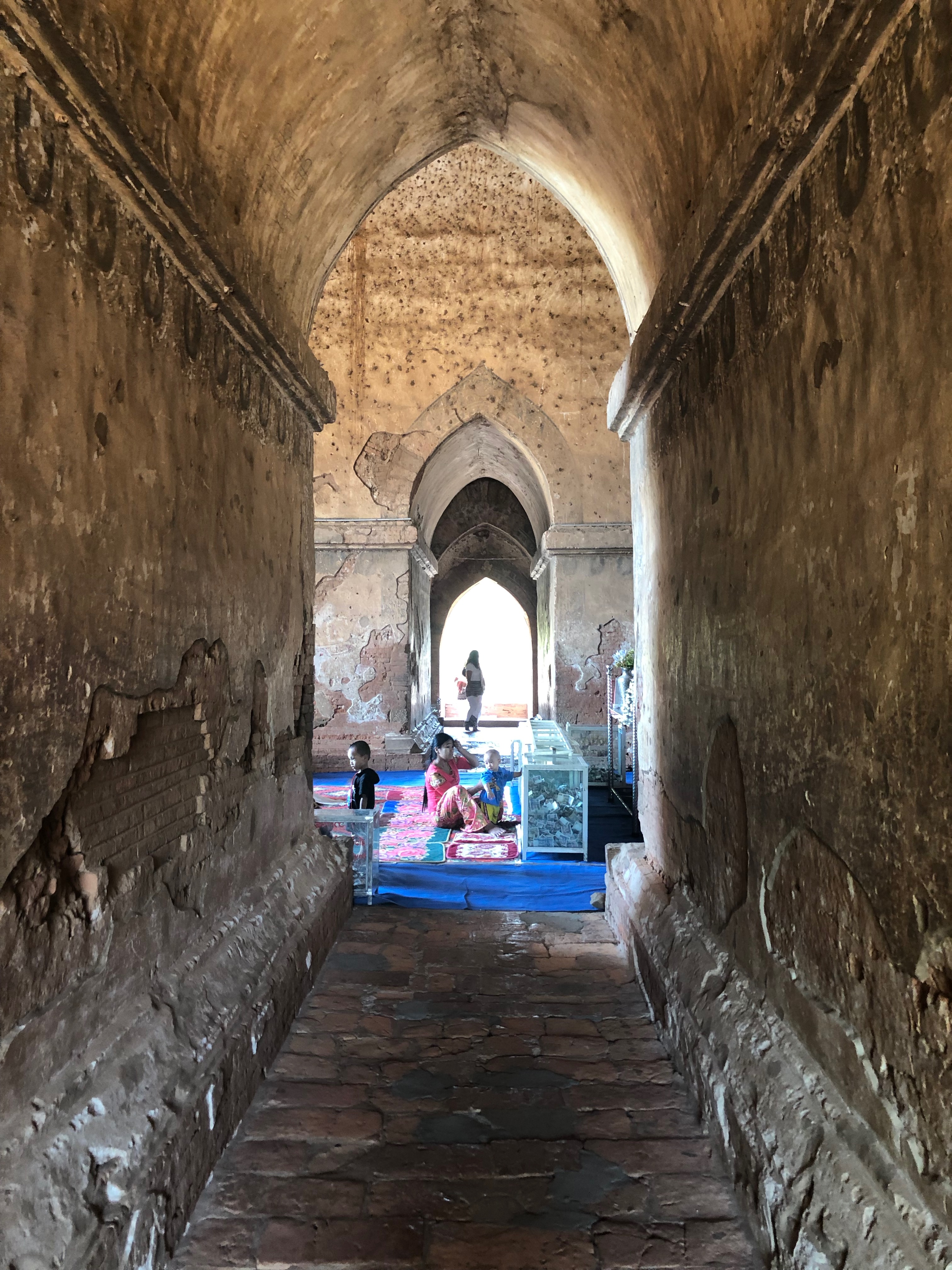 Understand Your Needs: Tips for a Writing Career