It Started with Historical Romance...

My first love was the Middle Ages, and I explored castle life, town life, and court life, respectively, in My Lord Roland, Catherine of York, and Simon’s Lady. I enlarged my scope to include more time periods, thereby permitting other rich themes to be intertwined with the love story. Accordingly, post-Shakespearean theatrics animate And Heaven Too, the art of warfare in the Age of Marlborough informs Suspicious Hearts, and the rise of modern international finance in the face of the French Revolution motivates and bedevils Tangled Dreams.

Historical novelists (this should surprise no one) tend to be bookish. It felt natural for me to endow Elizabeth Cameron, the heroine of MacLaurin’s Lady and the sole female member of the eighteenth-century Royal Historical Society of Scotland, with a passion for clan genealogies. We historical novelists are also not without our senses of humor. Thus, I fashioned Eve Marie Sedgwick, the heroine of Swept Away, into, among other things, a disarmingly imperfect seventeenth-century cultural anthropologist when she finds herself and her hero adrift on a Caribbean island.

All of my stories are stand-alone, but four feature a set of intertwined characters, and they are in my Americana Series: Dawn’s Early Light, Unexpected Company, Carolina Sonnet and Heart’s Wilderness. The historical backdrops range from the Second War of Independence (the War of 1812) to the Oregon Trail, and I loved telling some of the stories that can be imagined to form the patches of the colorful quilt that is the American people.

The Regency is a world unto itself and derives its name from the time period when the Prince Regent served as the proxy to George III when the latter was unable to rule (1811 – 1820). Brought to its current form by the not-to-be-missed novels of Georgette Heyer, the genre is flourishing today. Lord Laxton’s Will, The Temporary Bride, and French Lessons are my tributes.

Now, then, when does a relatively recent story become a historical? One answer is: When the time period matches the young adulthood of one’s grandmother. By this definition, Drawn to Love, set in post-World War II London, is a historical. It is also an unassuming story of two people from two different parts of the city who meet in the workplace and have to determine their feelings for one another.

Who doesn’t love to travel–be in it planes, trains, and automobiles or simply in your favorite armchair? I knew I would never give up writing historicals, but the stories coming to me from my world travels called out to be told, and so I was inspired to invent my version of the time-slip-novel. I am currently at work on my fourth, Cities of Pleasure.

I read Science magazine every week, and each time-slip novel revolves around a central science mystery I have culled from my reading: cancer research (The Blue Hour), endangered coral reefs (The Crimson Hour), rubber tree blight (The Emerald Hour), and astronomy (Cities of Pleasure).

In the late 1990s, I was drawn to the articles I was reading on the enzyme telomerase, and I made sure that microbiologist Alexandra Kaminski, my heroine in The Blue Hour, was focused on understanding the role of telomerase and cancer. Let’s just say that I can pick ’em. The Nobel Prize in Physiology or Medicine 2009 was awarded jointly to Elizabeth H. Blackburn, Carol W. Greider and Jack W. Szostak for their discovery of how chromosomes are protected by telomeres and the enzyme telomerase.

Who knows, then, what important discoveries Hanes Reynolds, the hero of The Crimson Hour, may be onto in his study of the ocean’s red tides? And will Jordan Charles, the heroine of The Emerald Hour, find the elusive rubber tree species resistant to the leaf blight that currently threatens the world’s rubber tree plantations?

Follow my contemporary novellas inspired by the international cities I’ve been living in these past few years.

If ever there was the perfect urban backdrop for romance, it is surely New York City, and my second-chance romance Love After All (May, 2016), is the story of two 50-something Manhattanites, Laurel Jennings and Gino Milano. I up the romance ante by sending them on a reunion weekend to Duke University, making this story my love letter to the increasingly international city of Durham, North Carolina. 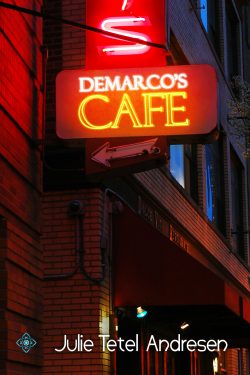 If you want the nitty-gritty of the city, DeMarco’s Café is my wish-you-were-here postcard from The Big Apple. Enjoy a bite out of it by following Dayna 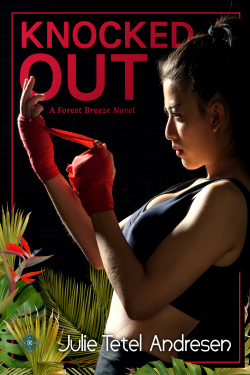 DeMarco and Bo Grisham as they figure out what to do upon discovering that they have fallen in love with one another.

My Forest Breeze trilogy is set in Vietnam, with a good deal of the action centering in Saigon. It’s a city of motor scooter traffic jams, women carrying baskets hanging from poles balanced across their shoulders, delicious street side eateries, noodle shops, gorgeous women in their traditional tunics and pants, and vendors with their push carts slung with coconuts and bristling with bunches of balloons. It all comes together to make street life a study in controlled chaos. And that’s exactly how the three romances unfold in Tied Up, Captured and Knocked Out.

My work-in-progress is a shapeshifter trilogy. To kick off the series, I wrote The Alpha’s Edge, a short story whose setting is another glorious city, namely London. My favorite neighborhood is Bloomsbury, so naturally, Egon Hanover, Alpha of the powerful Hanover pack, has his headquarters on ritzy Montague Street, right behind the British Museum.

You can currently get The Handfast as a free download if you sign up for my newsletter.