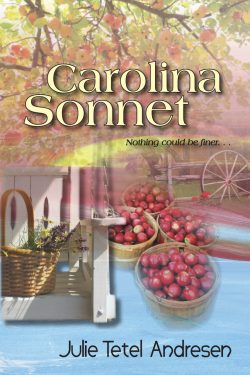 Crotchety old Hitchcock McGuffin kicks the bucket but not before he sets up the crafty conditions under which he sends good-hearted Cathy Davidson and her friends on the hunt for what he has willed them. Despite the rumors, no one truly believes he had a fortune. But, still, it would be foolish not to make a little effort to figure out the letters with the mysterious clues Old Hitch sent each of them, wouldn’t it?

Laurence Harris, passing through town, happens upon Cathy and her friends. Although Cathy – and everyone else in town – perceives her to be the unelected major who always knows just what to do, Laurence easily sees that she’s is in a muddle. First, she doesn’t realize her beautiful apple orchard needs protection from a neighboring gang of ruffians. Then, too, she has eyes only for Old Hitch’s slick nephew. Most importantly, she doesn’t seem to understand that the challenge Old Hitch left them looks like a scavenger hunt. Or is it a goose chase?

Laurence has to stay in town long enough to help Cathy and her friends figure out what – if anything – Old Hitch left them and to convince the lovely Cathy that the only man she belongs with is him.