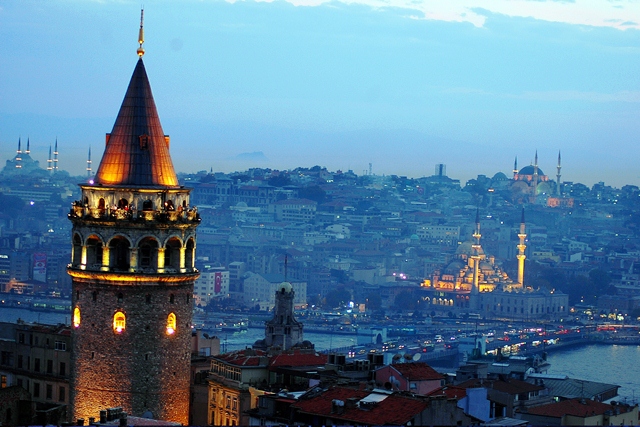 This time around in Istanbul I’m staying in the neighborhood of Beyoğlu. It’s on the European side of the city and is considered the “newer” part of town.

In the past I’ve stayed in the neighborhood of Sultanahmet on the Asian side of the city. This is the older part of town. The title image of this blog is of Sultanahmet as seen from Beyoğlu.

The illuminated Galata Tower, seen in the foreground of the title image, is in Beyoğlu and dates from 1348, which seems old enough.

Beyoğlu: Out and About

Here’s an image of Galata Tower by day. 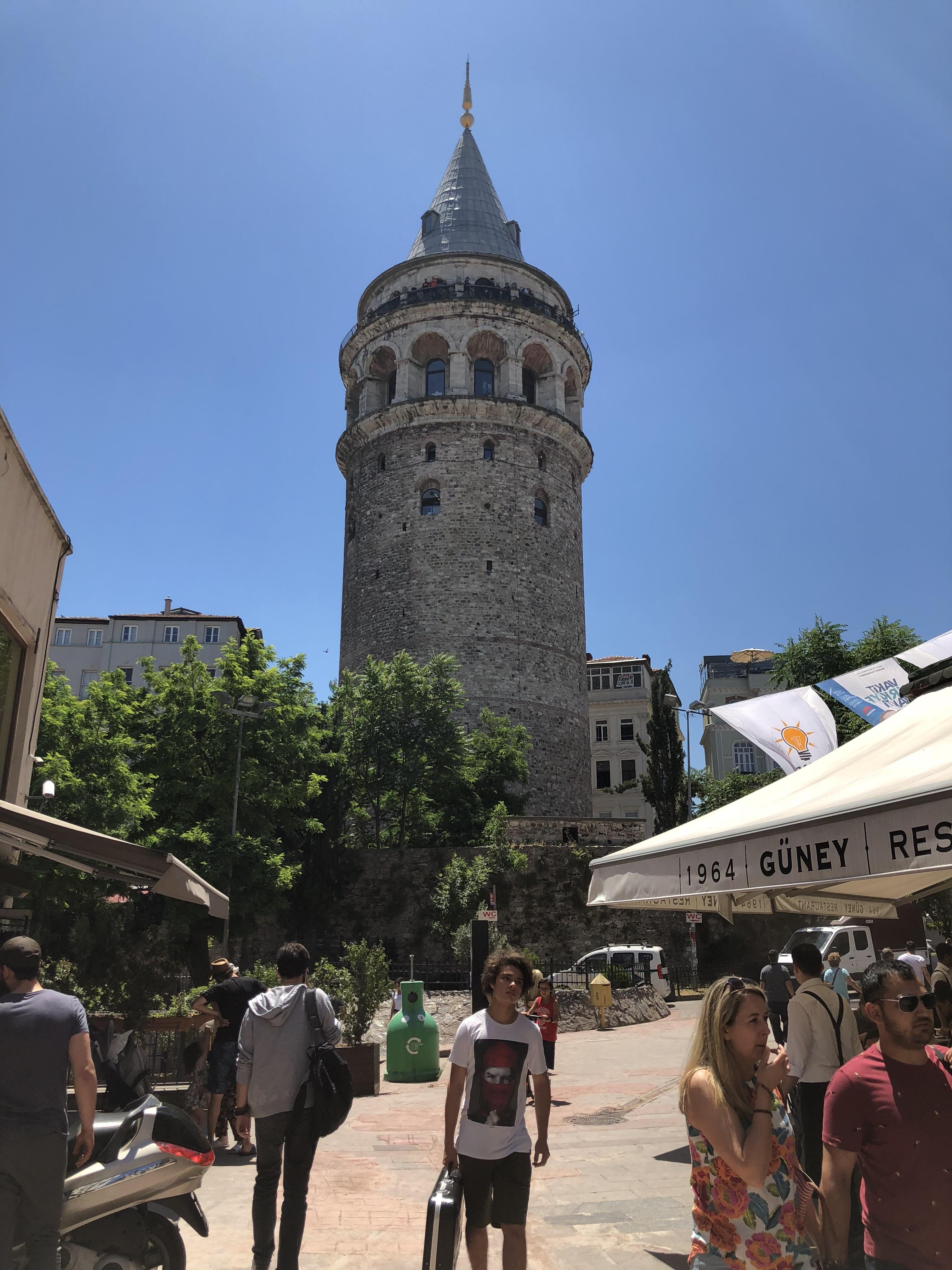 The reason this part of town is considered new is because when you go away from the tower and climb what I call Tchotsche Street: 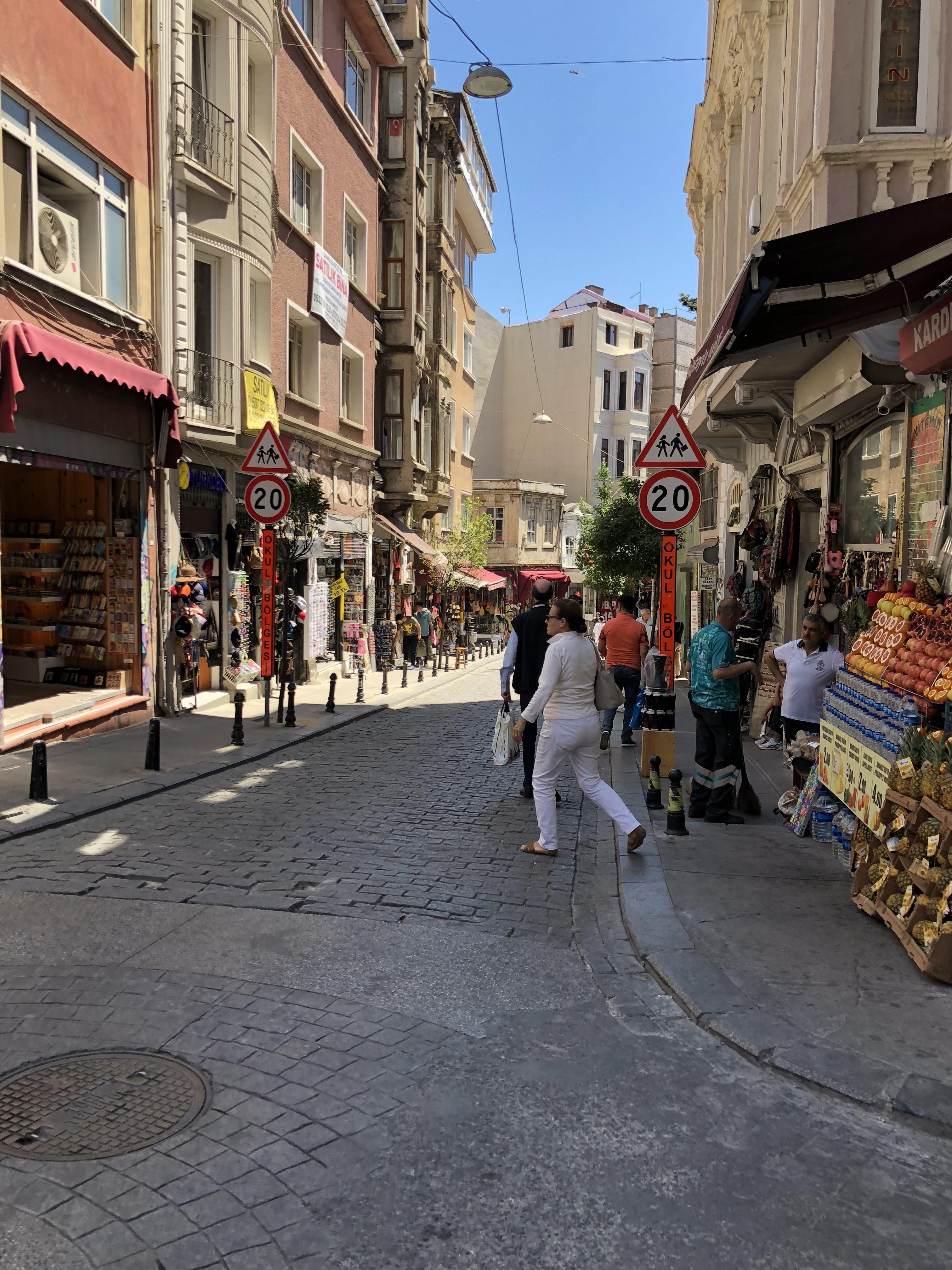 where you see tchotsches galore: 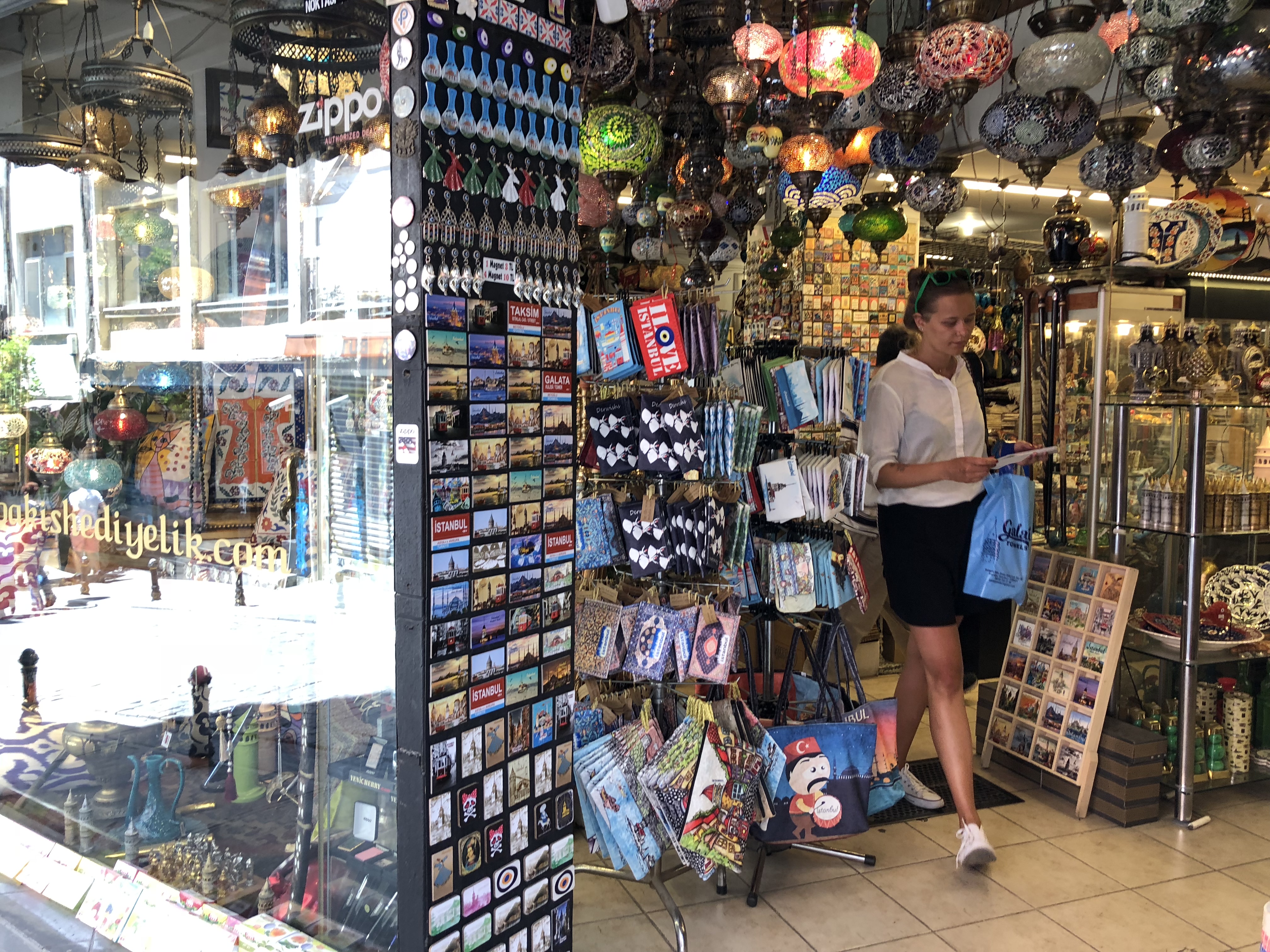 including many that would satisfy all your Evil Eye needs:

you arrive at the top of this street and you’re on the main drag, Istiklal Caddesi, which has more of a 19th-century vibe: 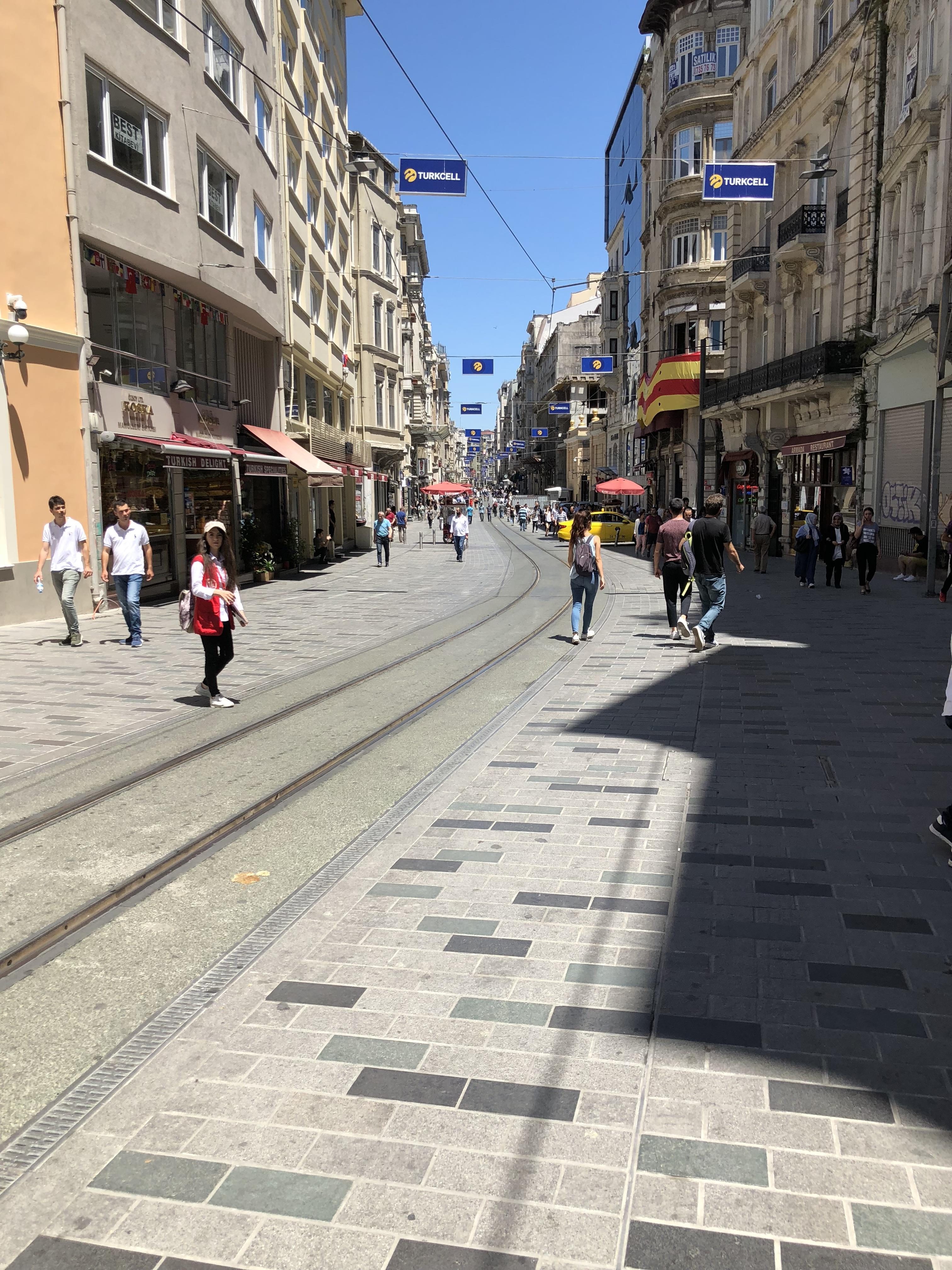 complete with a trolley: 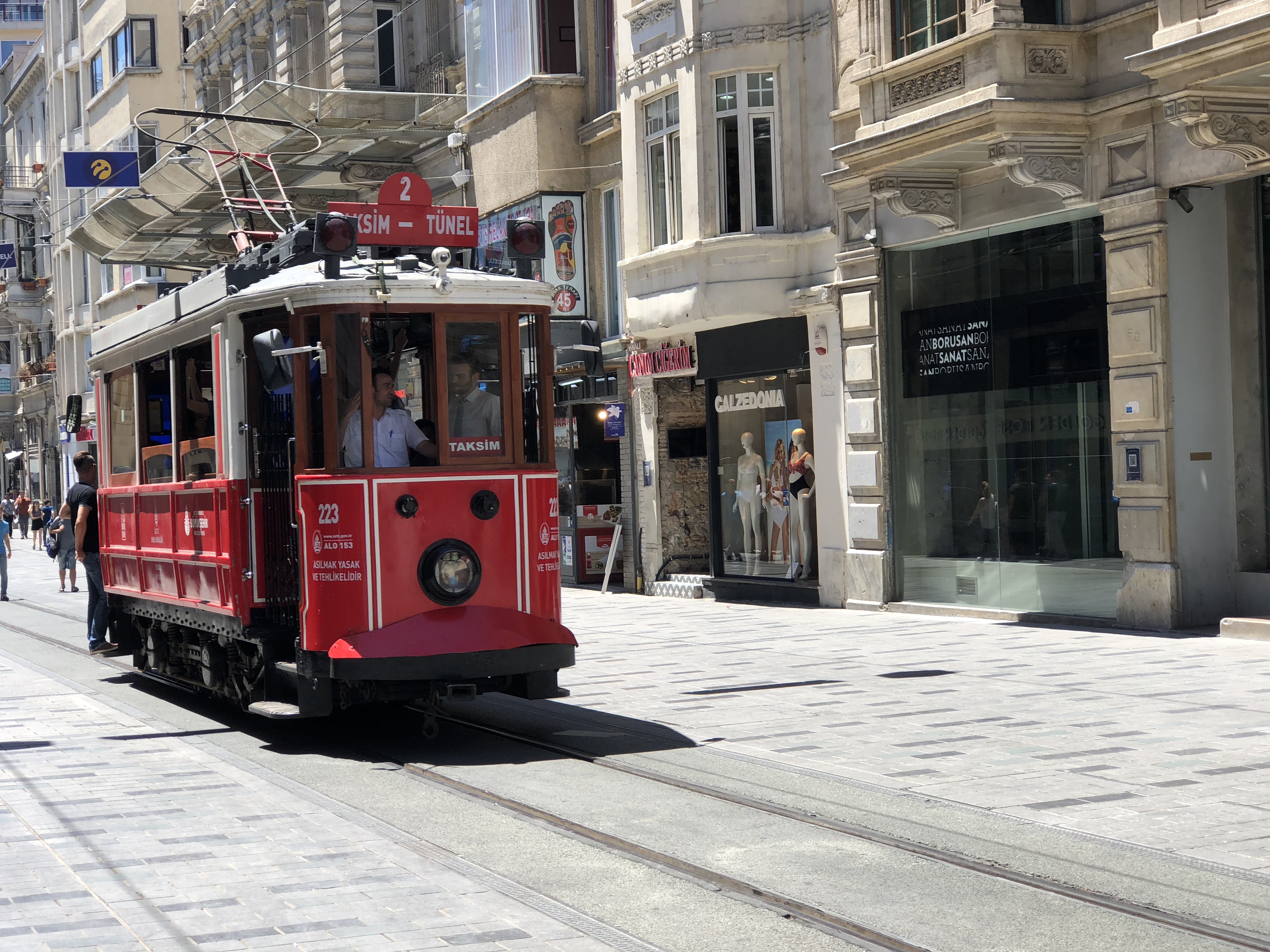 and many buildings that remind me of Bucharest: 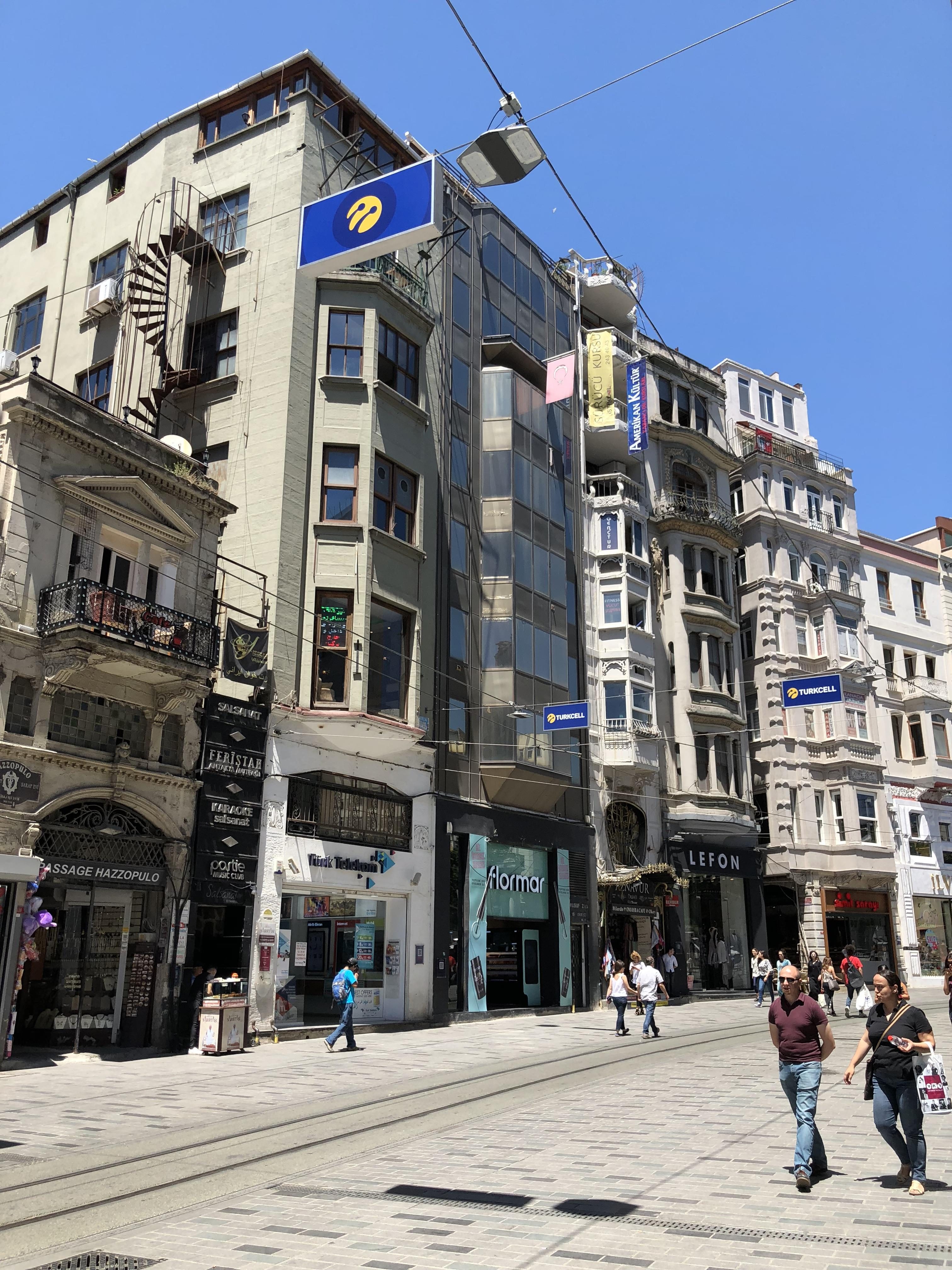 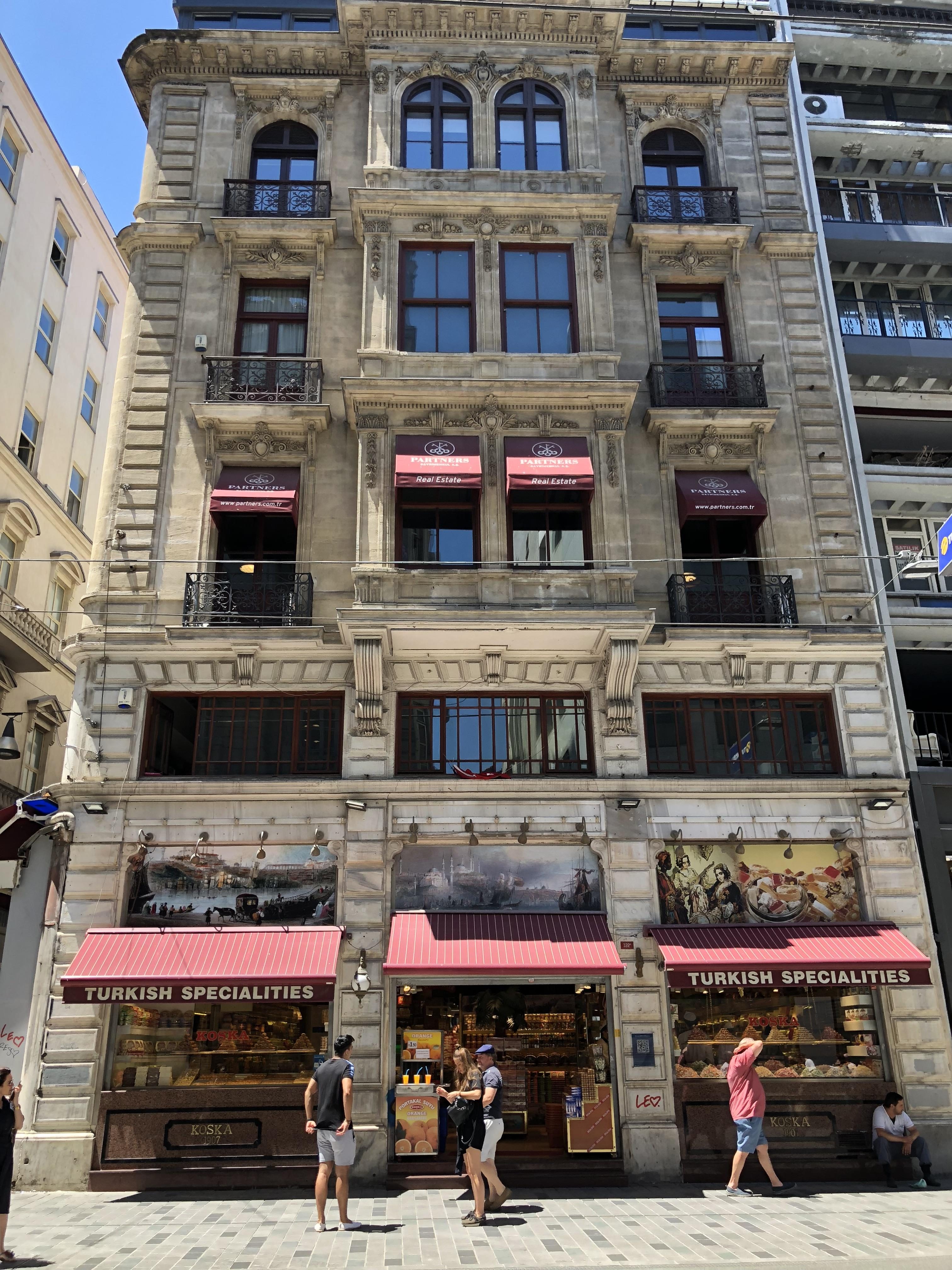 The most iconic of the Turkish Specialties is Turkish Delight, and here it is up close: 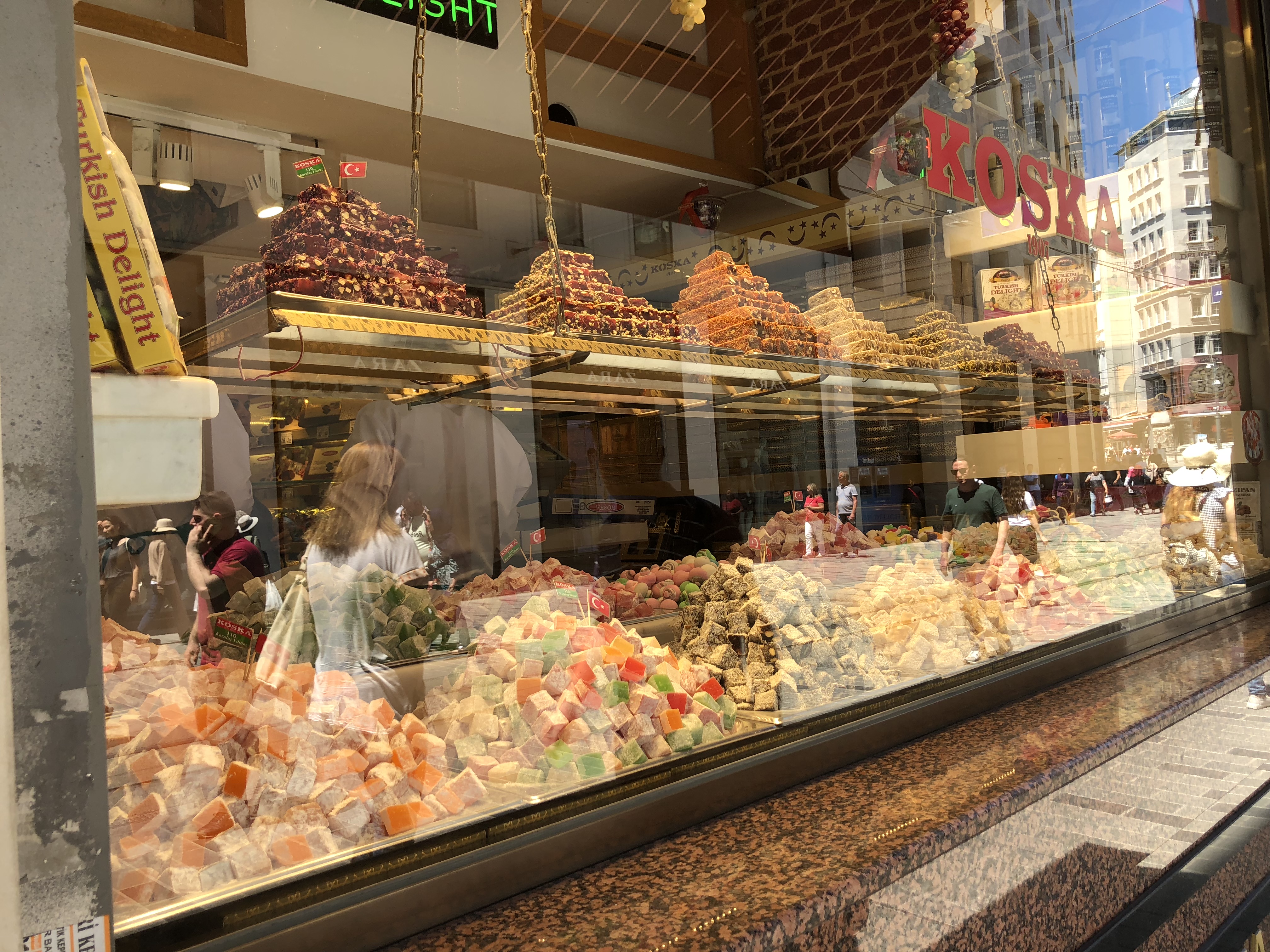 In Romanian the word for ‘Turkish Delight’ is rahat. I assume it’s borrowed from the Turkish. Weirdly, rahat in Romanian also means ‘shit.’ For more on Turkish borrowings in Romanian see my Cambridge blog: Romanian Words of Turkish Origin

Istanbul is famous for its cafe culture. Going down the main drag in Beyoğlu, you look right: 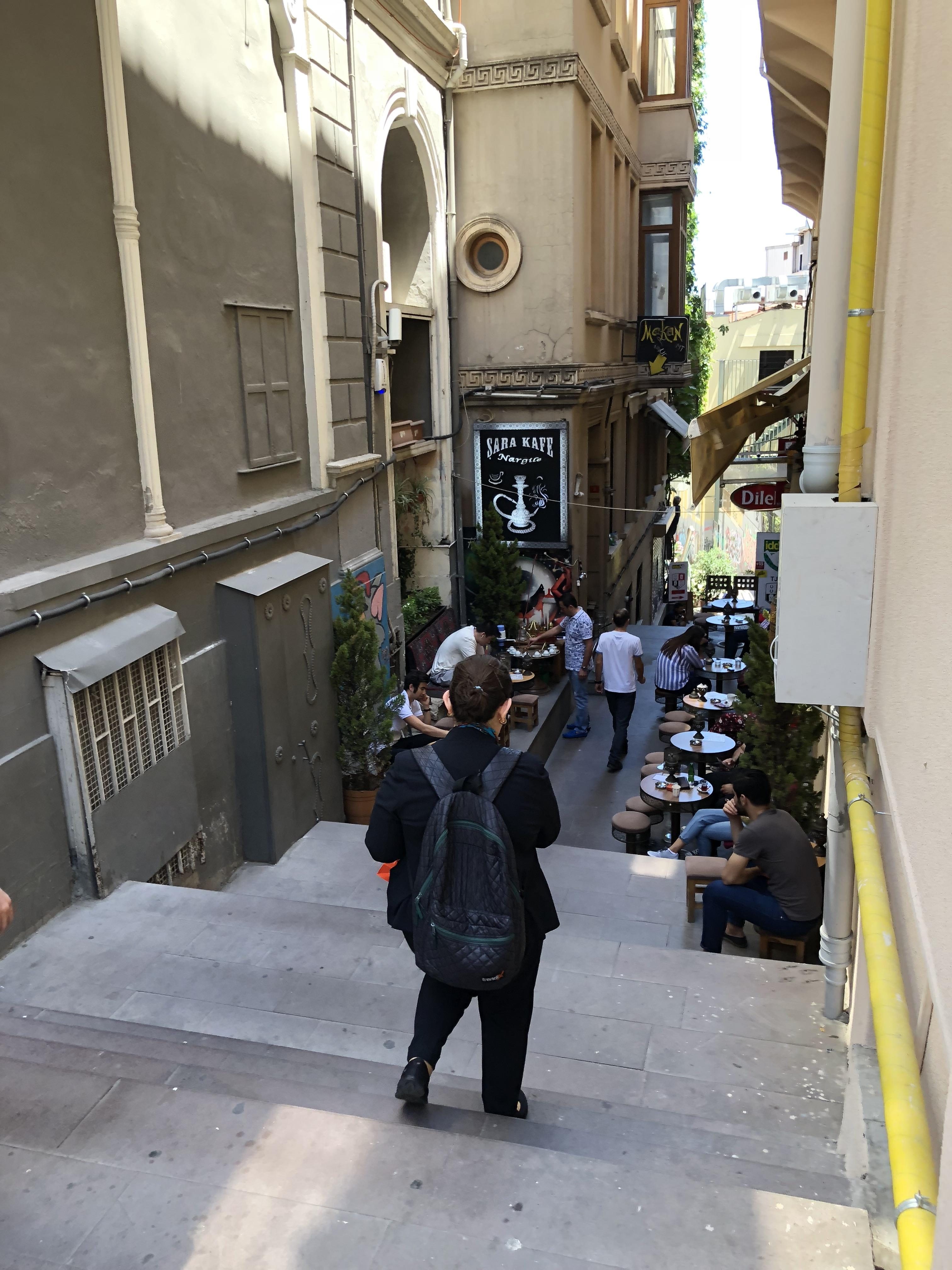 and you look left: 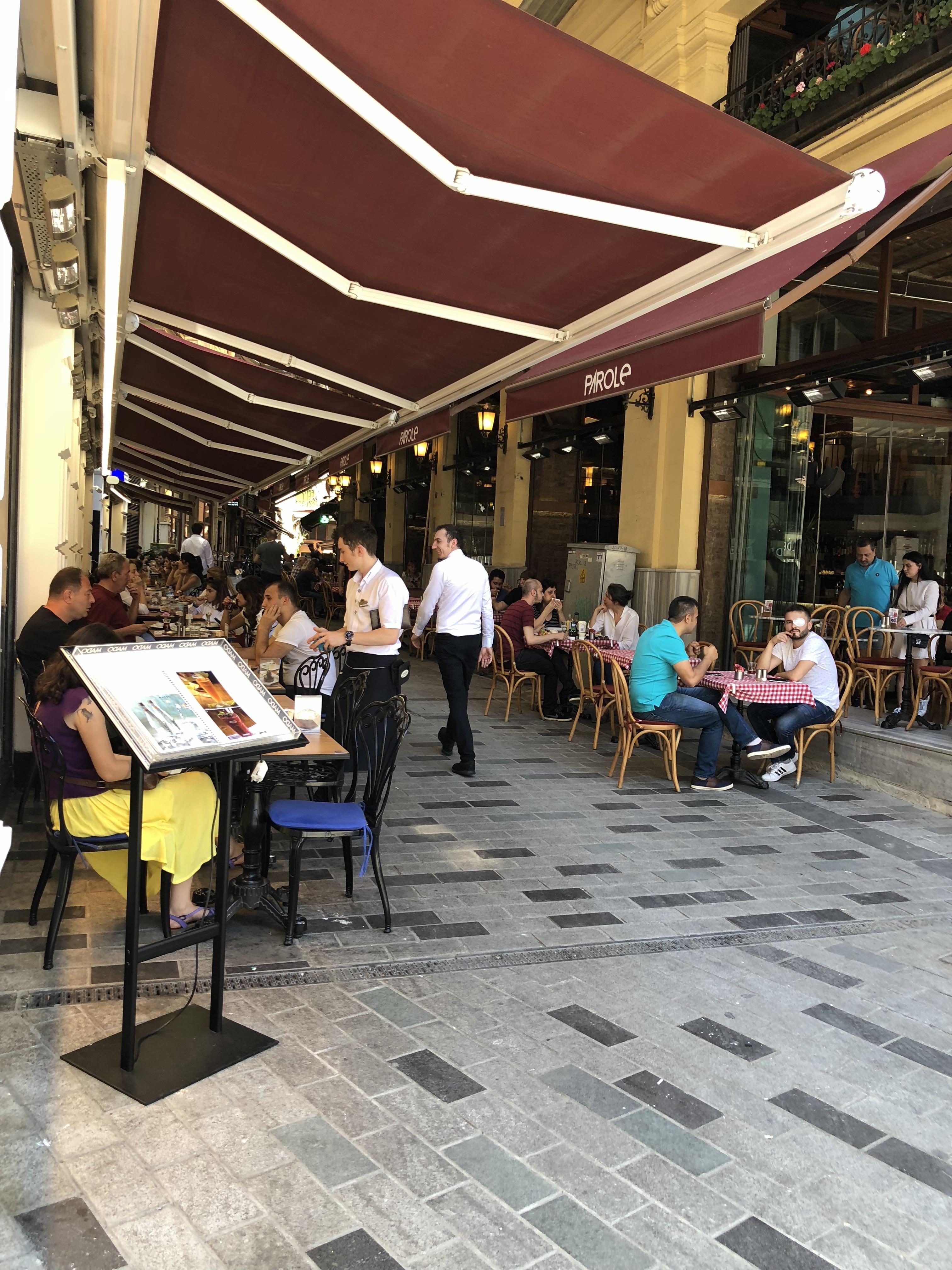 and you’re sure to see an alley crowded with cafes and people.

Because the presidential elections are on June 23, you’re also sure to see plenty of political signage. 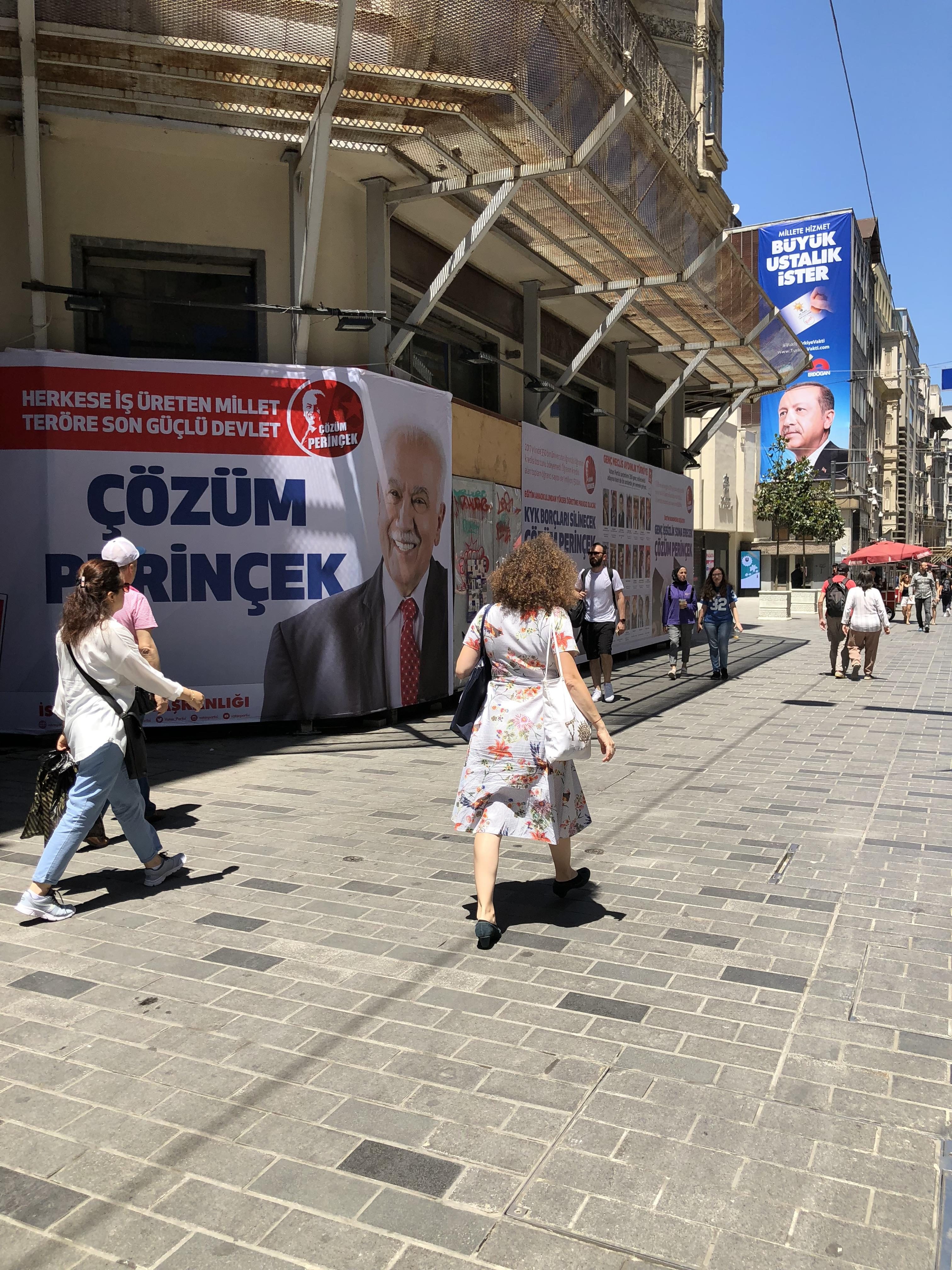 I recognize the guy in the background as current president Recep Tayyip Erdoğan. Since I can’t read either sign I have no comment to make on them

We’re staying at Soho House. When I went to take a picture of the street view of the outside of the hotel a guard stopped me. I asked why I couldn’t take a picture. His reply: “This is a special area.”

Here’s what I got of the exterior before I knew I couldn’t take pictures of it: 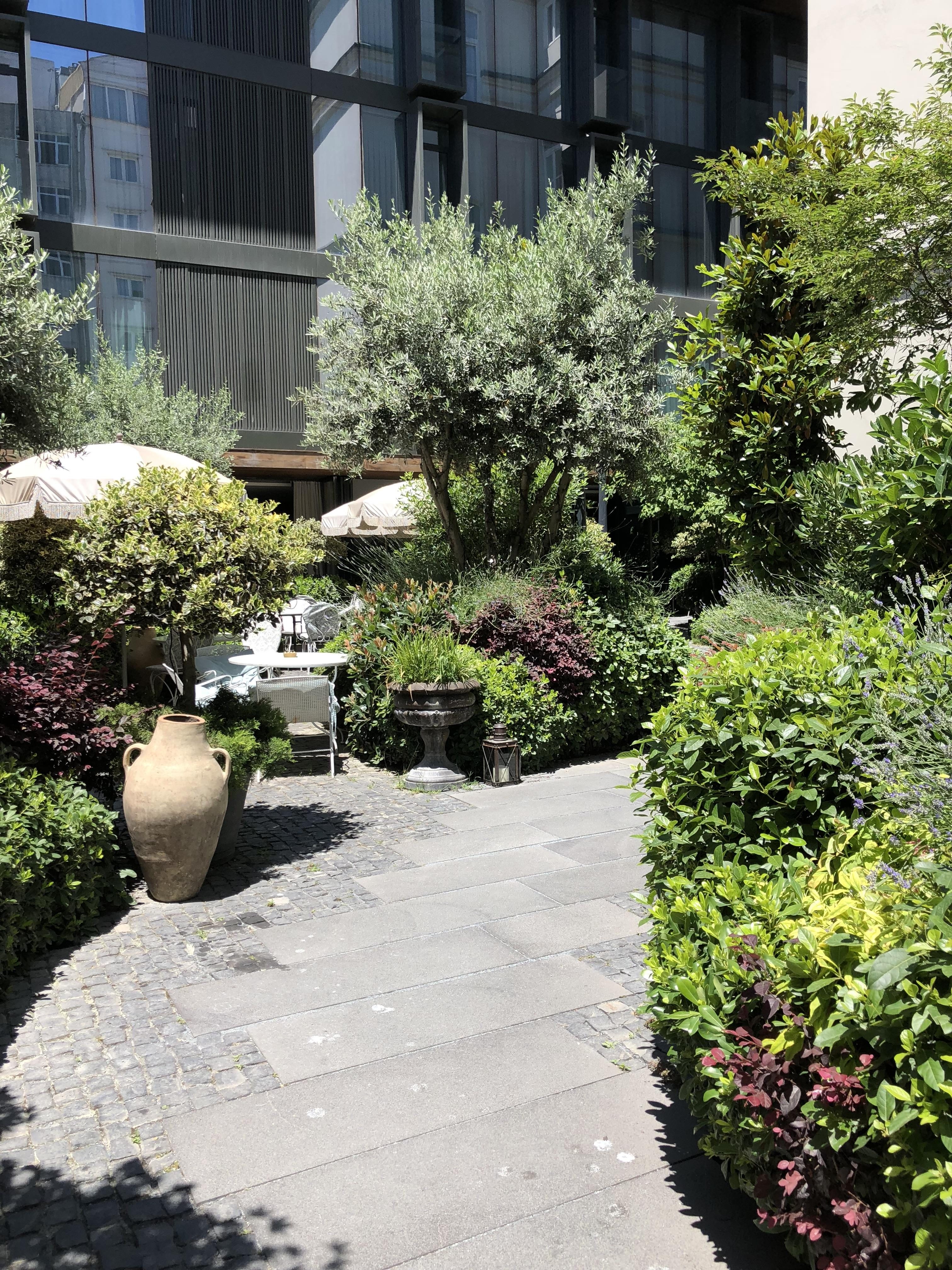 The entrance to my room: 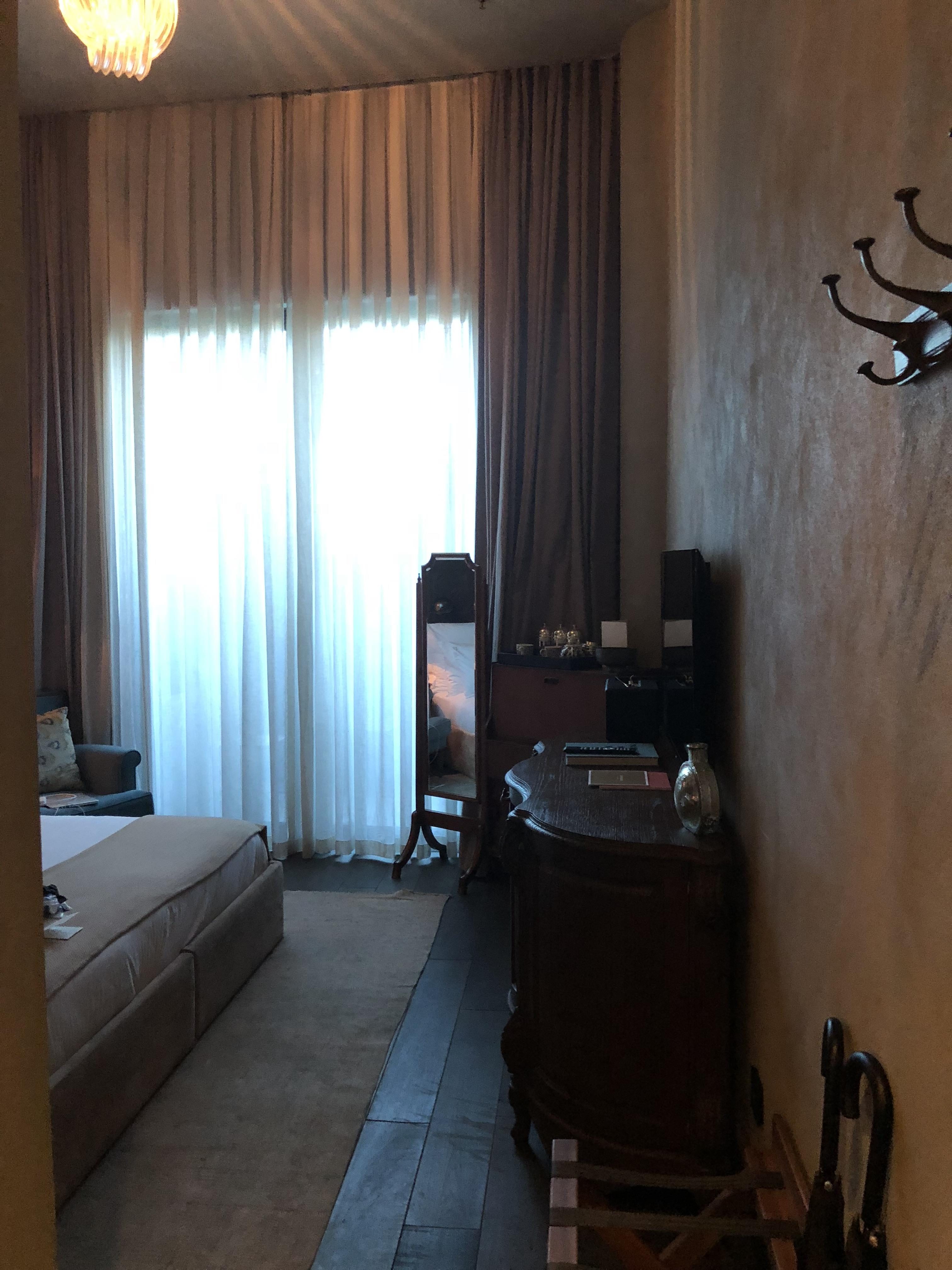 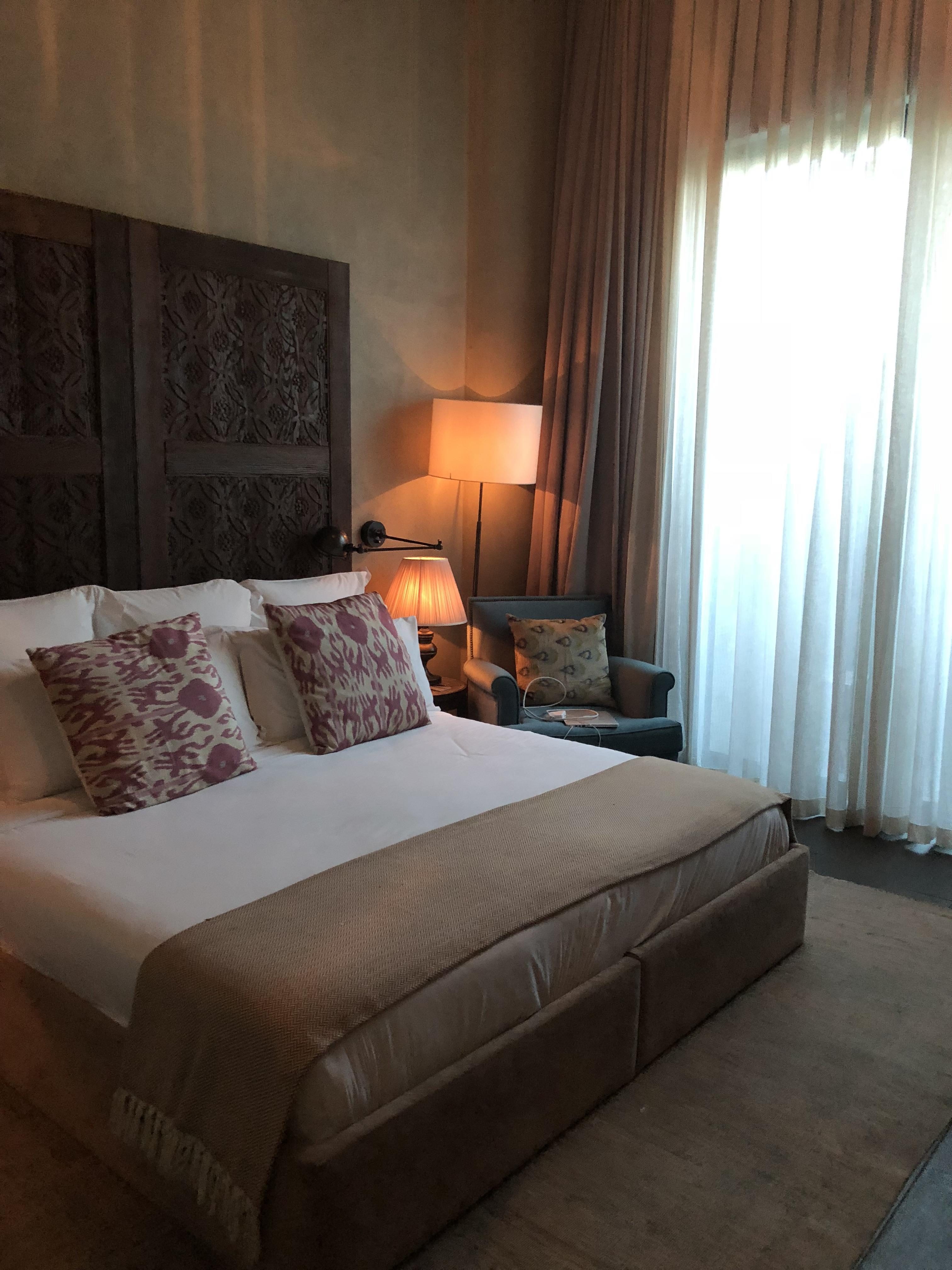 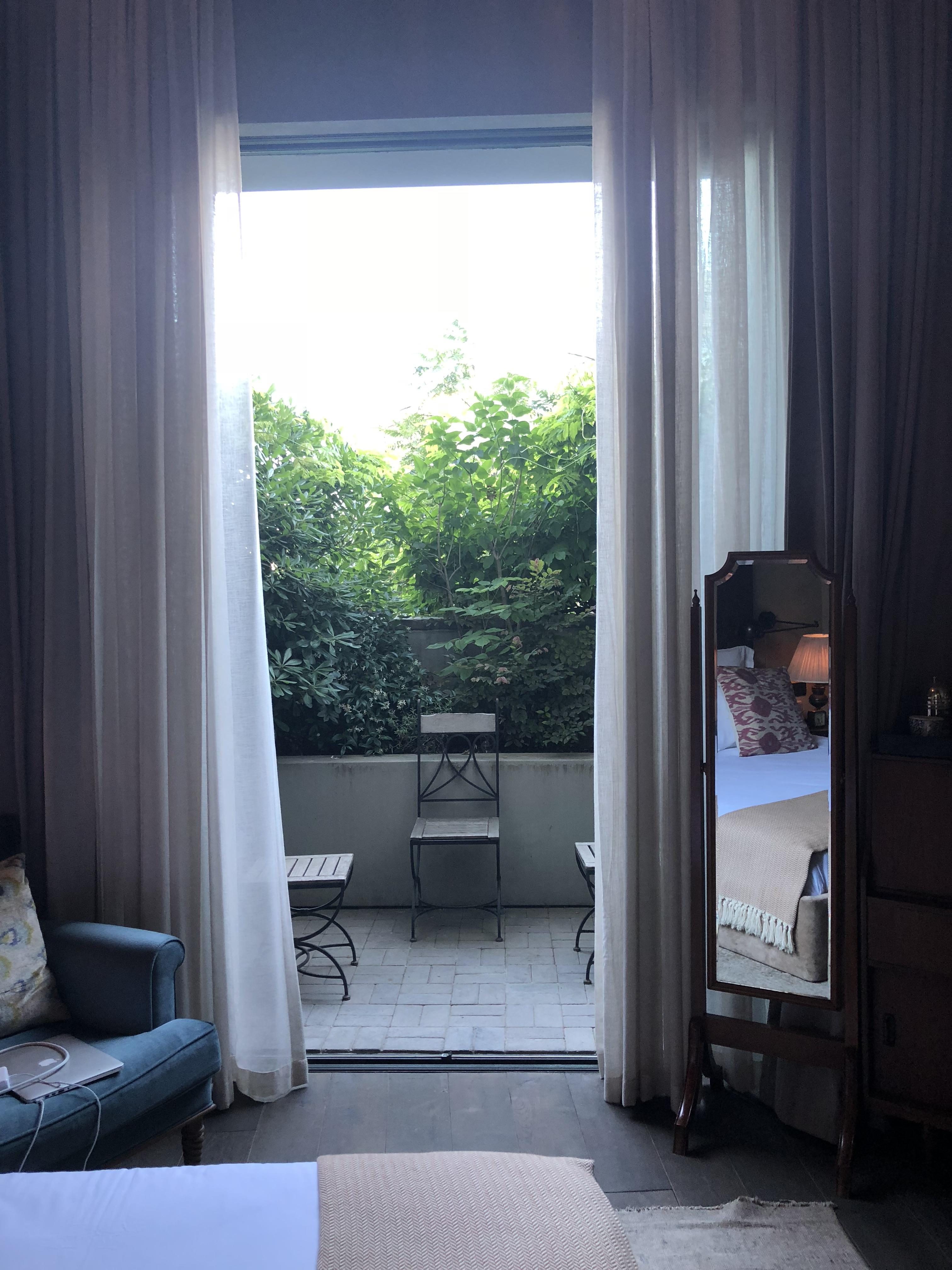 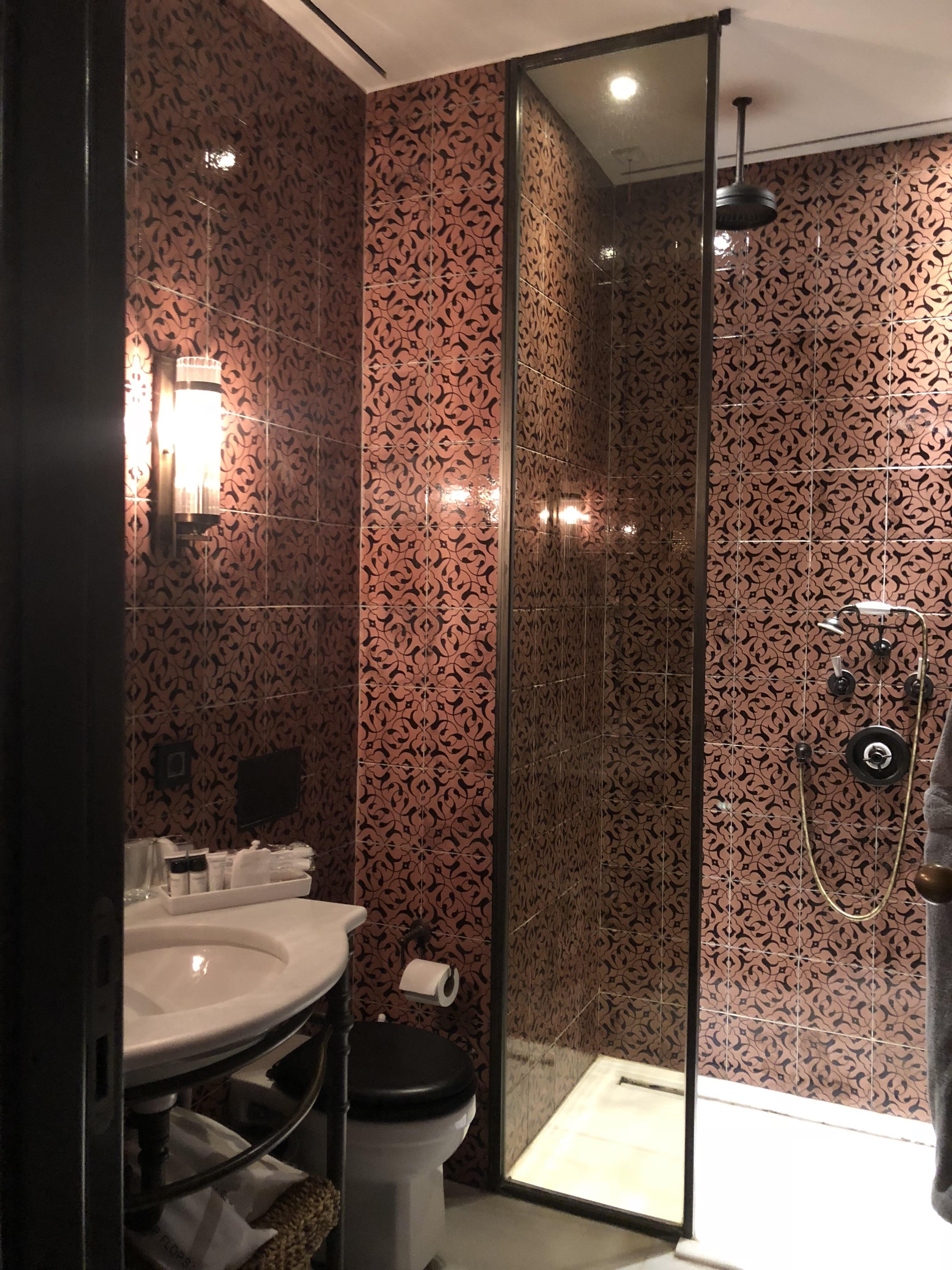 There are plenty of images of Soho House online so I’m posting one. The hotel is the glass building on the right. On the left is Soho Club, which is a 19th century palazzo and once housed the U.S. Embassy. 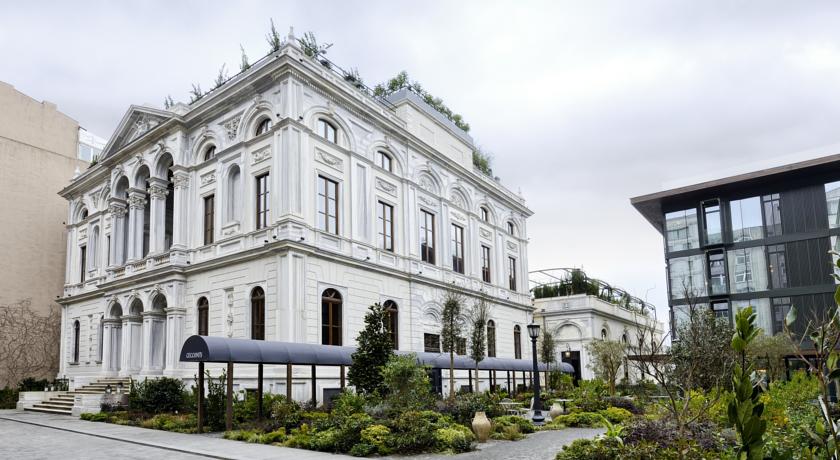 We got inside Soho Club because Phillip knows the right guy, and so Phillip’s room number from Soho House is currently on Soho Club’s list. I got in as his guest. Otherwise it’s members only.

The interior of Soho Club can only be described as sumptuous. I’ll call the style Italianate Victorian. Does such exist? I don’t know. 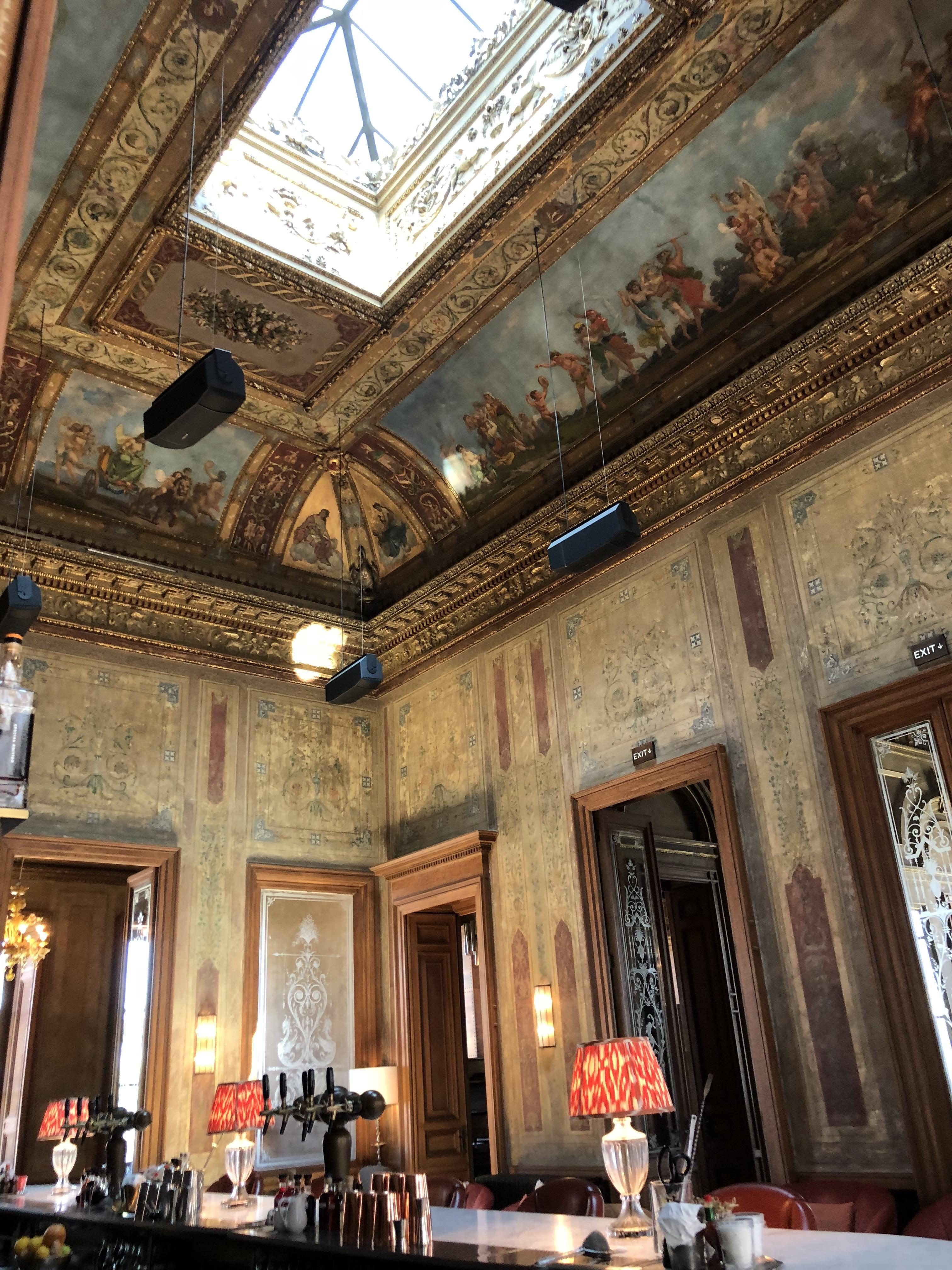 Soho House began in London in 1995 and has spread over the world. Anyone can stay at a Soho House. However, as I’ve said, only members can get into a Soho Club.

Here’s the image I took of one side of Soho Club seen from the garden of Soho House where I was drinking a vodka soda and chewing the fat last night: 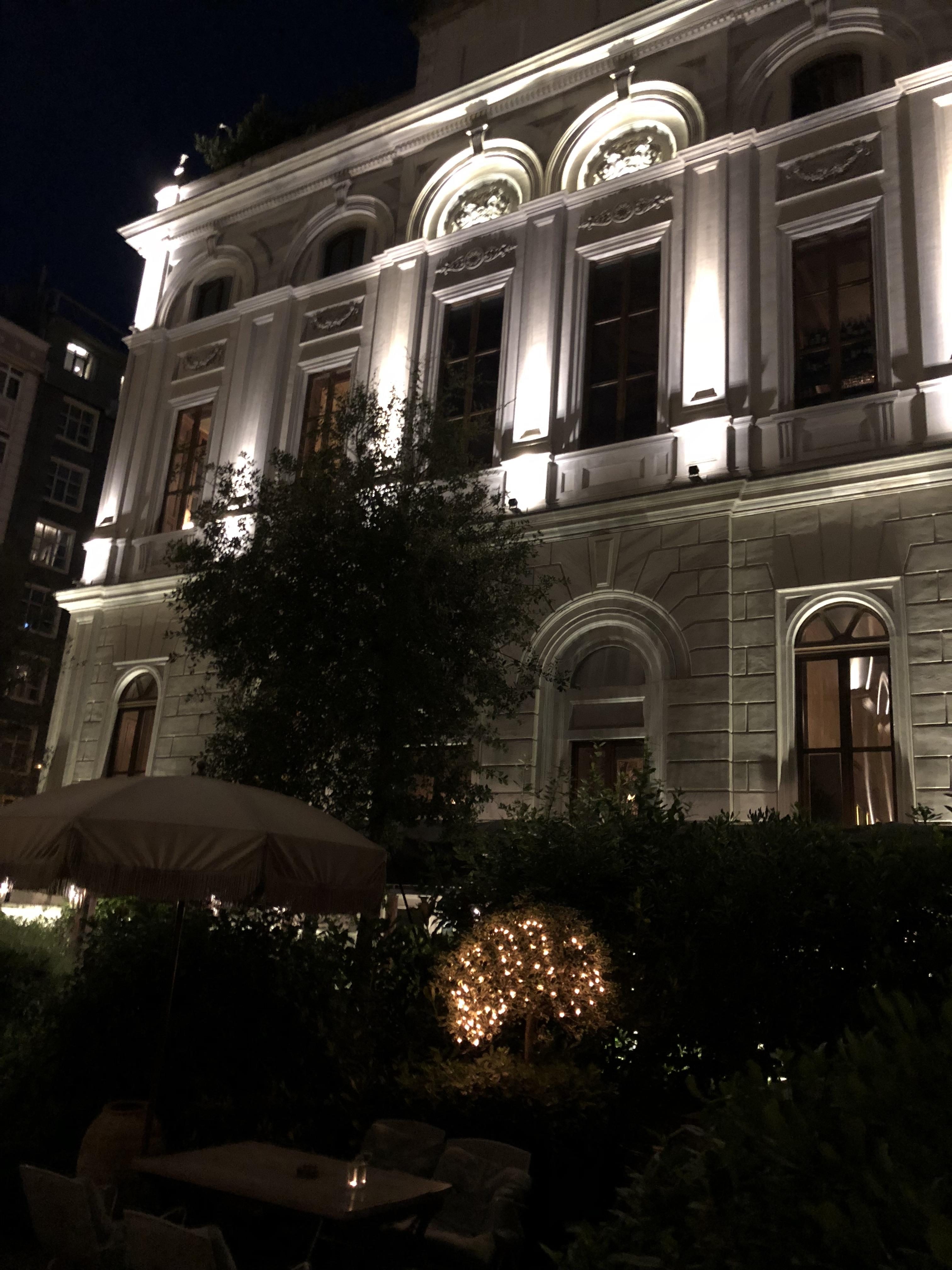