How Big is Your Canvas? A Question for Writers

How big is your canvas? I mean this question for writers, not painters.

Writing With A Big Canvas

When my children were little, I read them lots of children’s books. We all know the classics, to name just one: Goodnight Moon.

I read it myself when I was a kid. Rereading it as an adult, I knew I wouldn’t know where to begin to write a book with a total of 146 words, 24 of which are good and night. It’s condensed. It’s poetic.

And short stories? Again, where to begin?

Big canvas novels are made into movies. Every now and then a short story is made into a film, for instance, Minority Report by Phillip Dick. Then there’s the movie franchise based on a Disneyworld ride, Pirates of the Caribbean. Otherwise, novels provide a lot of grist for Hollywood’s mill.

From The Page to The Screen

I just counted out all the Best Adapted Screenplay Academy Award nominees beginning in 1927/28 and here are the stats:

Novels dominate and actually have 2 more nominations than all the other categories combined (if I have counted absolutely accurately).

Here are two more things to consider: it’s the rare movie that’s better than the novel it’s based on; and novels are made into movies, movies are not made into novels.

Note: I’ve seen book versions of movies. They do not qualify as novels. 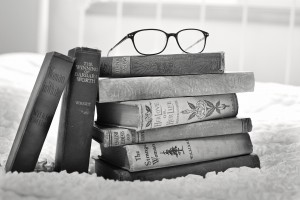 Novels explore their characters and their relationships. They delve. They describe complex emotions and their causes. I don’t know how screenwriters write screenplays, but I do know that novelists don’t know everything about their stories in advance. We assemble our characters, get to know them, and write to find out “what happens next.”

The old adage is “If you’re not surprised, your audience won’t be either.”

Hollywood likes to adapt novels into screenplays because the novelist brings to the screenwriter fully formed characters and a story worked out to its logical conclusion, by way of a plot twist or two. Screenwriting is its own skill and creative endeavor, but what a screenwriter works with when adapting a novel is a story where the heavy creative lifting has already been done.

It’s the case that not all novelists are happy with the treatment their work receives in Hollywood, but that’s another story. It’s also a high-class problem I’ve never had.

Capturing the Novel in Film

Novels are all about words, a series of words starting on page 1 and continuing until page 350. These words create everything: setting, emotion, relationships, images. If there are explosions, the explosions are described in words.

When Hollywood creates a movie for a global audience, snappy dialogue is not what’s needed, because it will be lost on most audiences. The big global screen is good for blowing things up, dazzling our eyes.

Writers who like words and who favor performance gravitate to live stage and television. It’s no wonder that multitalented Aaron Sorkin creates brilliant dialogue-intense TV shows like The West Wing and writes plays with memorable lines like A Few Good Men, which he also adapted into a movie. His latest movie, Stephen Jobs, is also an adaptation. It’s not from a novel but rather from the biography by Walter Isaacson.

My point is: storytelling beings and ends with words. Novelists are long-form storytellers. I’m glad we have writers who like different sized canvases, just as painters do. Novelists like the big canvas and provide their readers with emotional insight, social understanding, and some solid hours of entertainment.