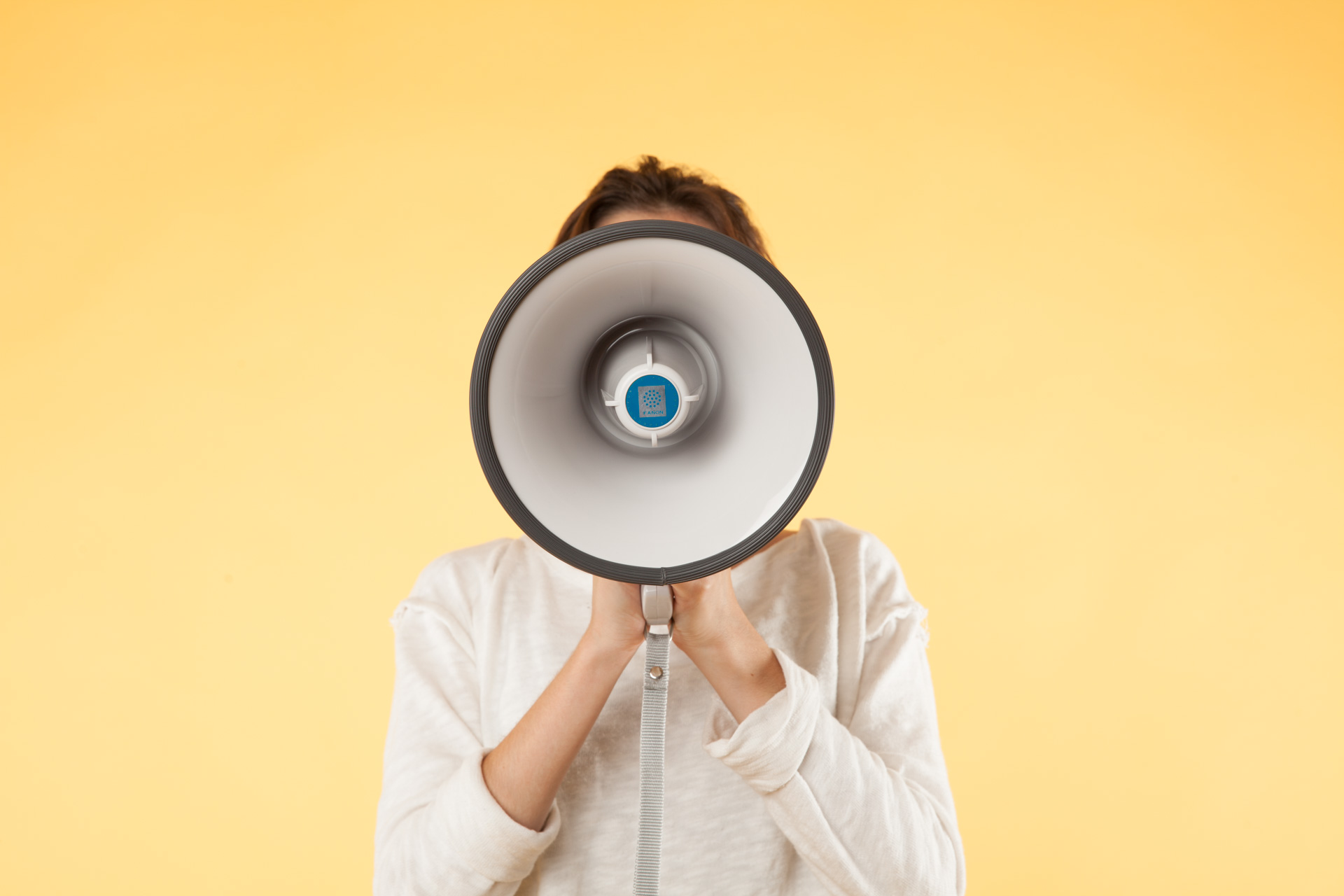 Yes, this is a post on creating a distinctive character voice. But first, take a good look at this: 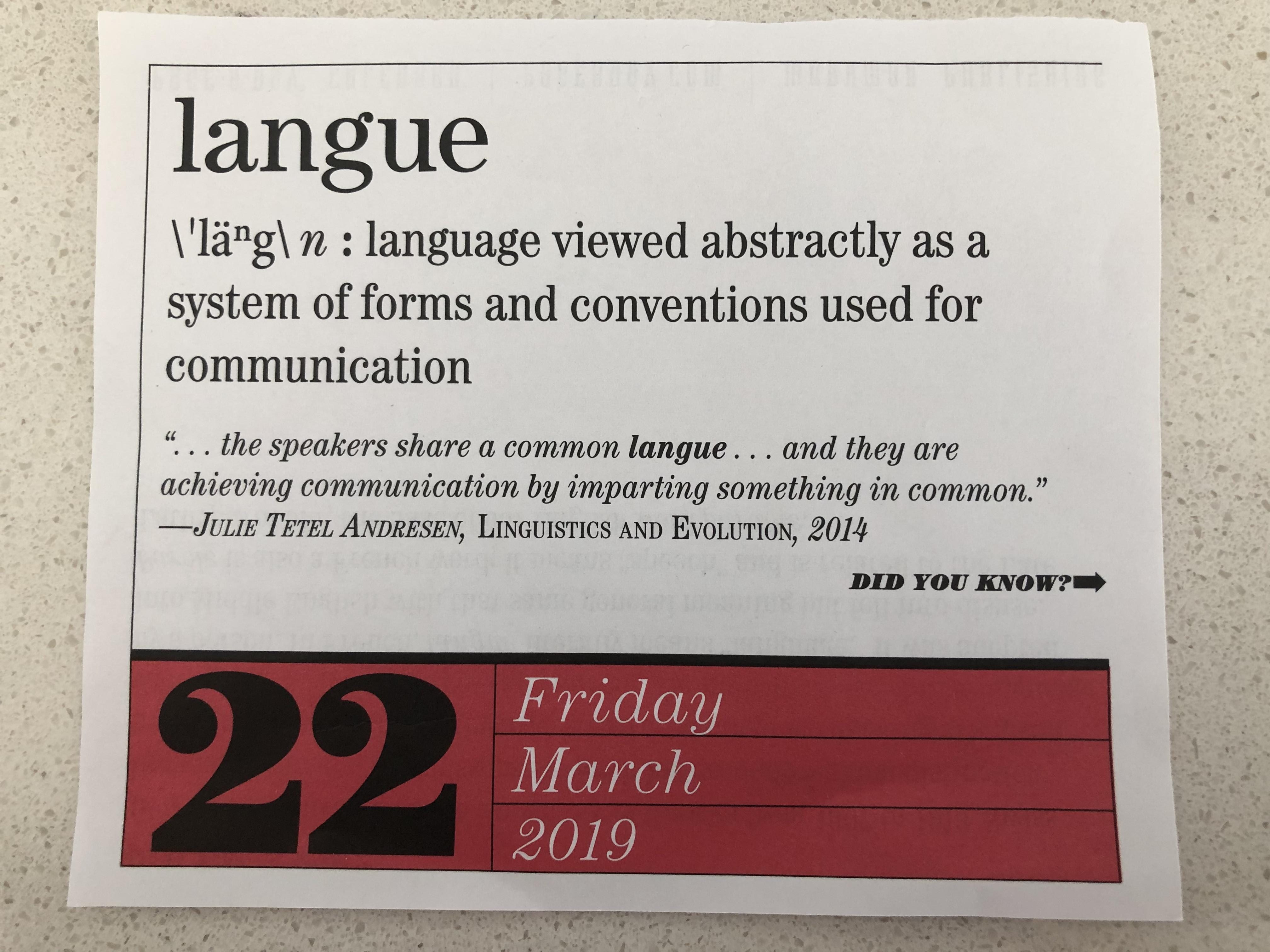 A friend sent me this page from the Amazon 365 New Words-a-Year desk calendar her mother gave her for Christmas. At first I was bewildered to receive such a weird thing until I read it and got a laugh. They even spelled my name right! And never mind the fact that the quote is from a passage where I’m arguing against the usefulness of the Saussurean notion of langue.

Back to character voice. You want all your characters to have a unique voice. How do you do that?

You can learn a lot from the mistakes of other novelists. I noticed some voice problems in several romances I recently read and can now formulate four tips to address them. Then I’ll add a fifth.

When it comes to curse words, make sure your characters don’t all use the same ones.

In one story, both main characters throw the f-bomb around a lot. I don’t mind the f-bomb. However, when both characters do it, their voices become less distinct.

The only case where this tip does not apply is, for instance, if you’re writing a Motorcycle Club story. In this case everyone throws around the f-bomb. If you introduce a character who is not part of the club (which is probably a good idea), then it would be best for this new character not to lob it.

When it comes to how characters express emphasis, follow the advice of Tip #1.

I just read a New Adult novel where many of the characters emphasize using so: “And I so wasn’t wearing enough SPF for that kind of action” and “I was so never going to whine again over ….”

Eva is the first-person narrator, and the two examples are from her interior monologue. However, the so-construction crops up in other characters’ speech patterns. Even though in real life young adults say, “I so don’t want X or Y” all the time, in the novel the narrative voice would be stronger if Eva was the only one to use the so-construction consistently.

If one character likes to itemize her thoughts when she speaks, make sure she’s the only one who does so.

I read a third story where a character says something like, “Here’s why I don’t like cheese. One, it’s fattening and two, it makes me break out.” Not much later a different character responds to a proposed plan of action with something like, “A, it’s not practical and B, I’m busy that day.”

I actually like the idea of a character itemizing in speech. I may do it myself, although I’m not aware of it, but I know I do it in email, because many a subject line of mine might read: Three Things, and then I list them. And, no, you create no verbal daylight between a character who chooses a 1-2 strategy and another who goes with A-B.

Once you create a character who itemizes – beware not to overuse the verbal trait! – you don’t even have to say: this character is logical or organized or anything else. The character’s speech reveals her character, which is exactly what lines of dialogue should do.

Alternatively, the character could be precise in his speech but a slob in other parts of his life. You could have fun with a character who talks a good game but can’t get it together in life.

Pay attention to your characters’ use of metaphors

I use sports metaphors all the time, even thought I don’t play those sports. “That’s par for the course.” “I’ve already got two strikes against me. Don’t want a third.” It’s perfectly okay to have your characters use metaphors. We all do in real life.

However, something I was reading lately made me think that, like Tips #1 and #2, you make characters distinct by choosing only one of them to keep the metaphorical ball in the air.

Just something to think about.

These four tips are very specific, making them micro-examples of the macro-points I now want to make.

As a linguist, I’ve always thought of myself as a professional eavesdropper. Or maybe that’s the novelist in me. In either case, I learn a lot by listening.

It’s a truism of sociolinguistics that speech varies by gender, geography, race, class, profession and education. A further truism is that an individual’s speech varies across setting and audience. We talk to our close friends differently than we talk to co-workers we don’t know well. Your characters’ voices should reflect these variations.

Age is an interesting category. I don’t talk like my teenage self, and I have no desire to sound like a current teenager.

The so-construction, used in the NA novel mentioned above, is characteristic of the speech of Millenials. My guess is that it’s also gendered (female). I further noticed that the NA characters used more blends than I might, e.g. ginormous (gigantic + enormous). Gen-Xers use them as well. I remember Janeane Garofalo’s character in Reality Bites (1994) replying to some question with the answer, “Negatory.”

Blends have been around for all of the 20th century. Think smog, motel and brunch. But they’ve had a surge in the past few decades. The speech of younger generations use them more liberally.

Speaking of age, men and women in their 60s and 70s don’t talk like what Old Timers might have talked like decades ago. So don’t bother with any of this, “Now, you look here, sonny boy, and let me tell you something ….” to convey the speech of an older generation.

My point: you have to listen to the current speech patterns of people in different age, race, class, etc. categories. If you don’t have opportunities to listen, then you have to read things or watch things written by writers from diverse categories.

For more advice on developing characters, read my complete guide on how to write a book.