If I were a beach person, Delray Beach, Florida would be on my list as a destination. I had an impromptu adventure there over the weekend. I went to meet up with a high school friend. Delray is between Fort Lauderdale and West Palm Beach. Since Brightline in Miami has a very convenient train to both FL and WPB, it was easy to get to Delray.

I had a lovely 24 hours there!

Delray Beach: Not A High-Rise in Sight

My misadventure in Sunny Isles Beach last weekend informed my impression of Delray. In Sunny Isles a monstrous, miles-long picket fence of high-rises on the main drag eclipses the beach.

In Delray not a high-rise in sight:

You go through the grasses and behold:

The beachside walkway is just what you’d want:

The cars you see on the left-hand side of the picture are on Route A1A, aka Ocean Boulevard. This route goes south all the way to Miami Beach. It links all the barrier islands, one of which is Delray Beach. Another is Sunny Isles.

Here’s an image of the intracoastal waterway looking north from the bridge on Atlantic Avenue:

Certainly there are bars and restaurants on the island. However, across the bridge on the mainland and west a few blocks is an even livelier street scene. During both the day and at night.

The “excitement” of the evening was a stalled train in the middle of it all, effectively bisecting the entertainment to be had on either side of the avenue. (Sorry for the blur.)

People simply climbed between the cars until the police came to stop that nonsense.

So, what was the story? It could have been something gruesome. Instead it was merely an engine that had died.

The next morning we drove south down A1A to Fort Lauderdale. We went through places like Boca Raton and Pompano Beach. All caked with gorgeous properties on the beach and the intracoastal waterway. Boats and yachts galore. Not to mention people. Of course, January is high season.

I’ll leave you with this sunrise image from Delray: 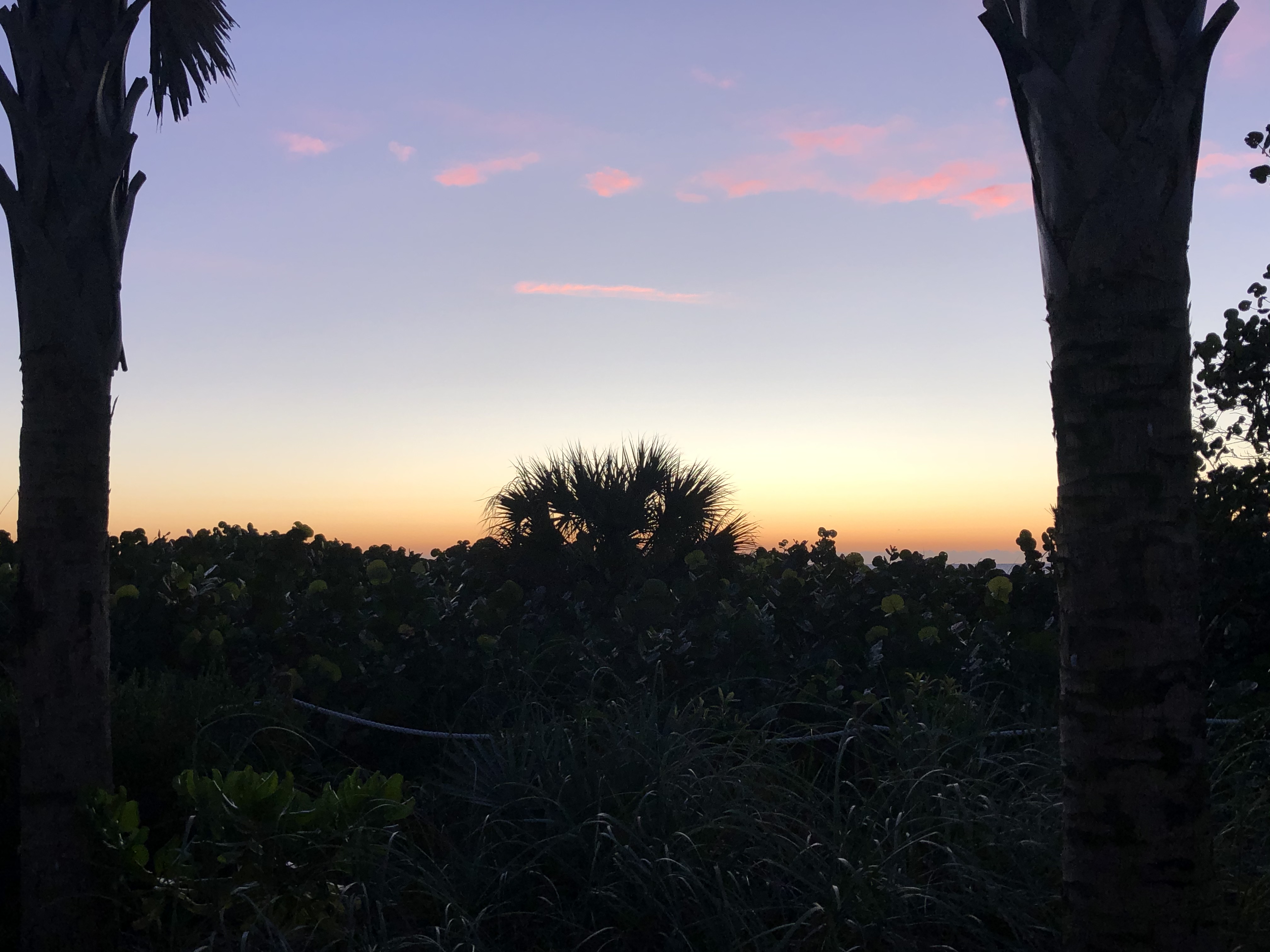