Fifteen years ago Durham did not have a restaurant culture, and the downtown was dead. There was only the now-closed Magnolia Grill, which had opened in 1986 on Ninth Street that could be considered a great restaurant. Then Foster’s Market opened in 1990, Nana’s came along in 1992, and Guglhupf brought real bread and pastries to Durham in 1998 and eventually opened a full restaurant.

Starting in 2010 the New York Times took note of the local food movement afoot in Durham, and since then every couple of years the Times runs an article about the amazing restaurant scene here, and it’s only getting better. Today downtown Durham is hopping, and do not go out, even on weeknights, without a reservation.

This blog is inspired by the meal I had Saturday night at Littler, which opened in mid-July. It was fantastic. It also drove home the point many of us now make that you can’t open a bad restaurant in Durham because the restaurant-going public has been educated about good food and demands it. 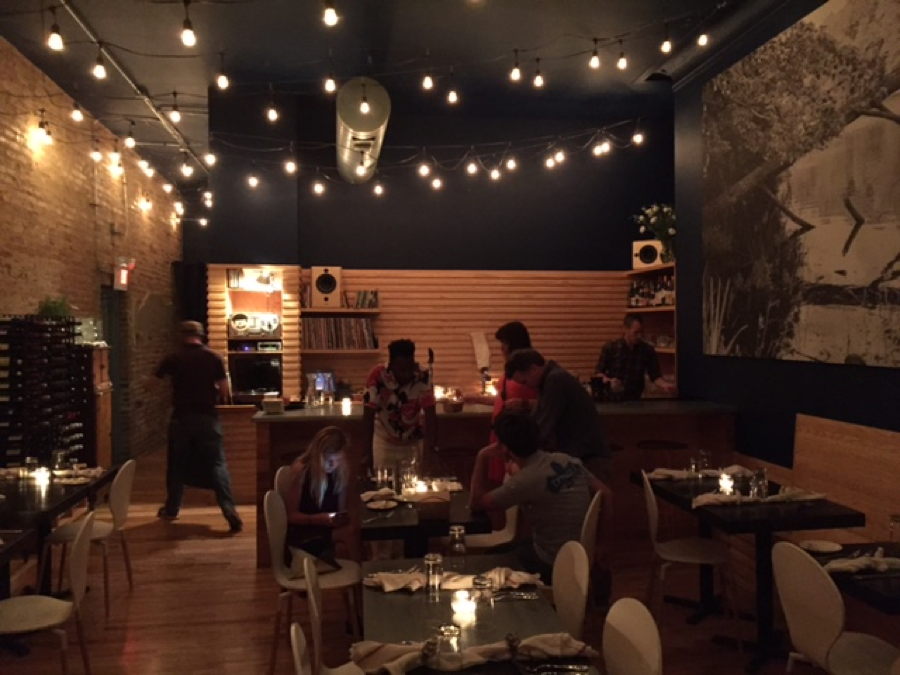 I split with my dinner date a shishitos rellenos, a tomato tart tatin with stilton, a butter bean falafel dish, and that night’s special of fish. All surprising, all excellent, and perfect portion sizes.

The wonderful places I’ve eaten since returning to Durham at the end of August include, moving downtown from east to west: 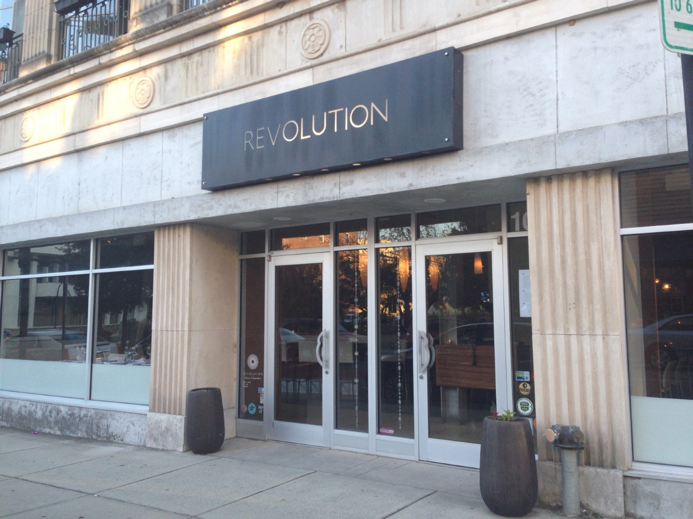 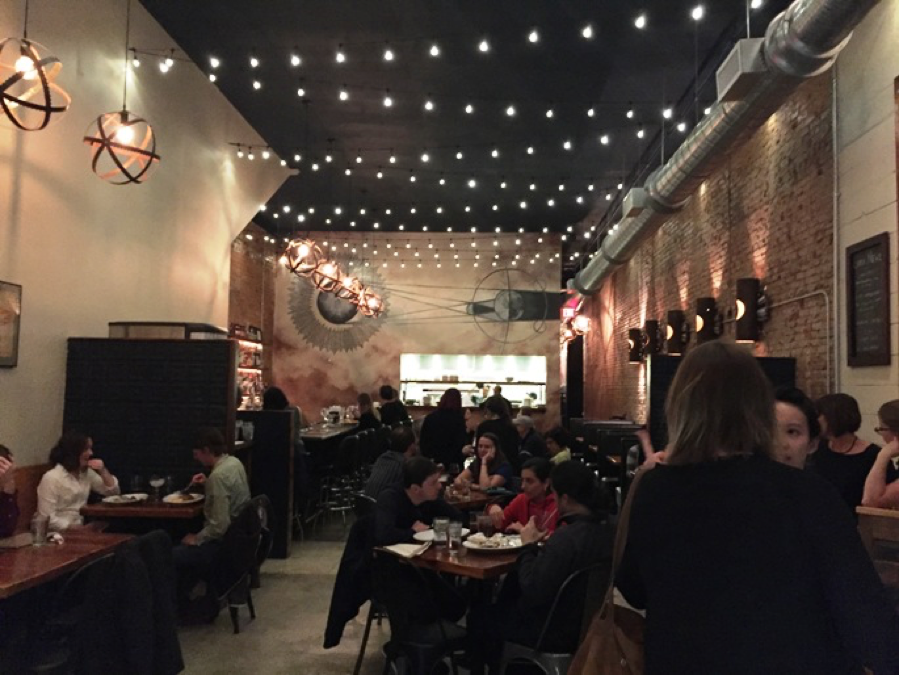 Luna – 112 West Main Street – across the street from Revolution

A restaurant of regional cuisine combined with modern art 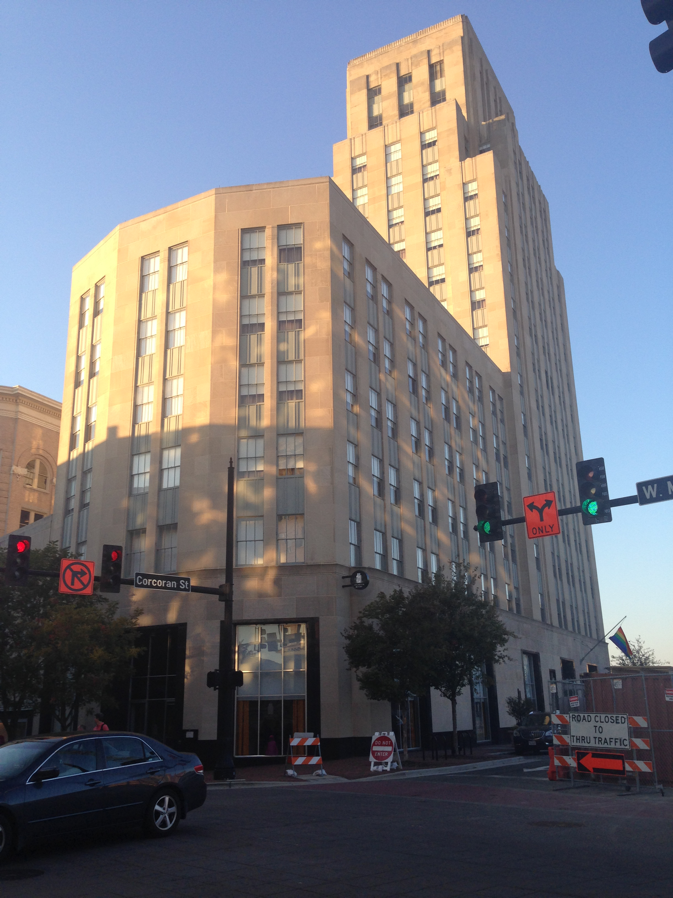 Hill Building, 1937 – the restaurant is through the tall window in the middle of the picture

A modern twist on traditional Italian food. I’ve been twice, and both times my meals were outstanding. 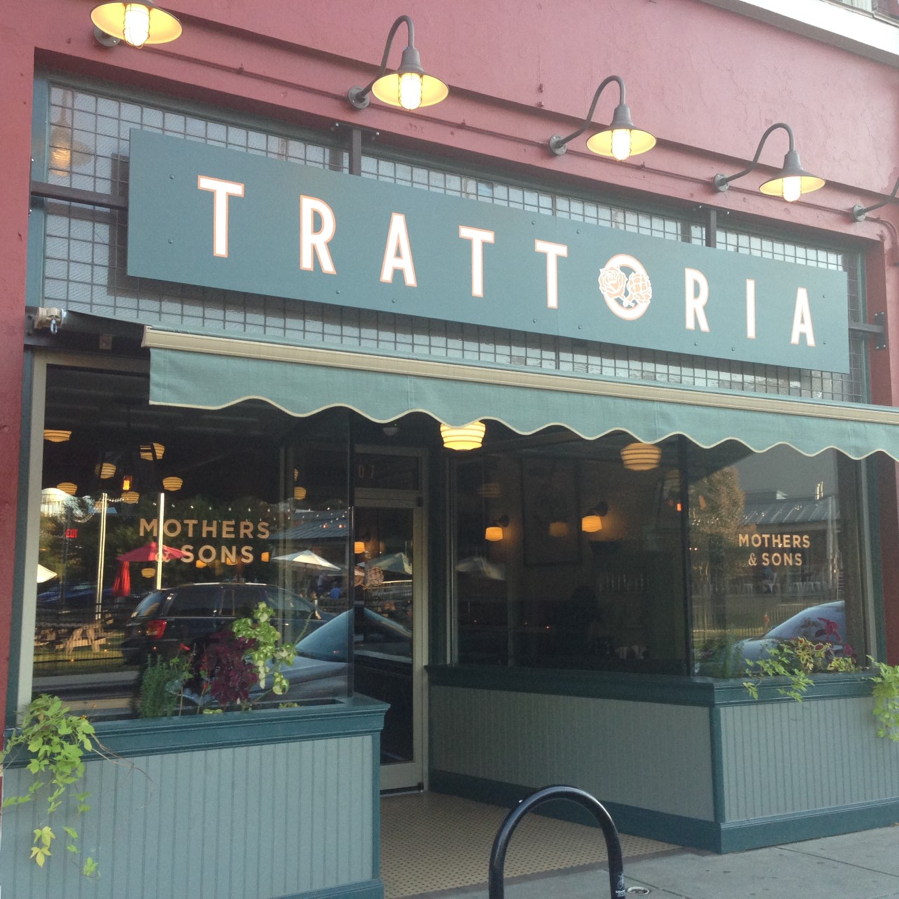 Mothers and Son is at Five Points, the center of foodie town. To the right is Mateo bar de tapas, to the left is Lucky’s Delicatessen, then a few store fronts further down there’s Toast paninoteca, Beyú Caffé, Taberna Tapas Diner and Dame’s Chicken and Waffles (always with a line out front). Across the way on Chapel Hill Street is Pizzeria Toro, which has fabulous pizza. Farther down Chapel Hill Street are Rue Cler and Dashi. So that makes 9 great places to eat, all either at or near Durham’s Five Points.

Great zucchini fries, and a menu that changes depending on what they can get fresh, so always an adventure. 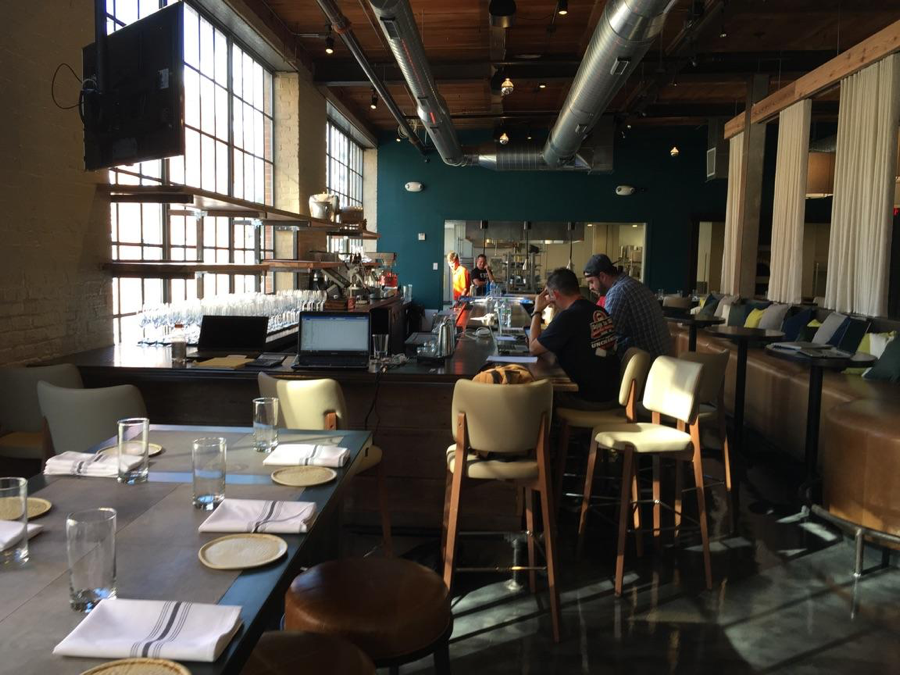 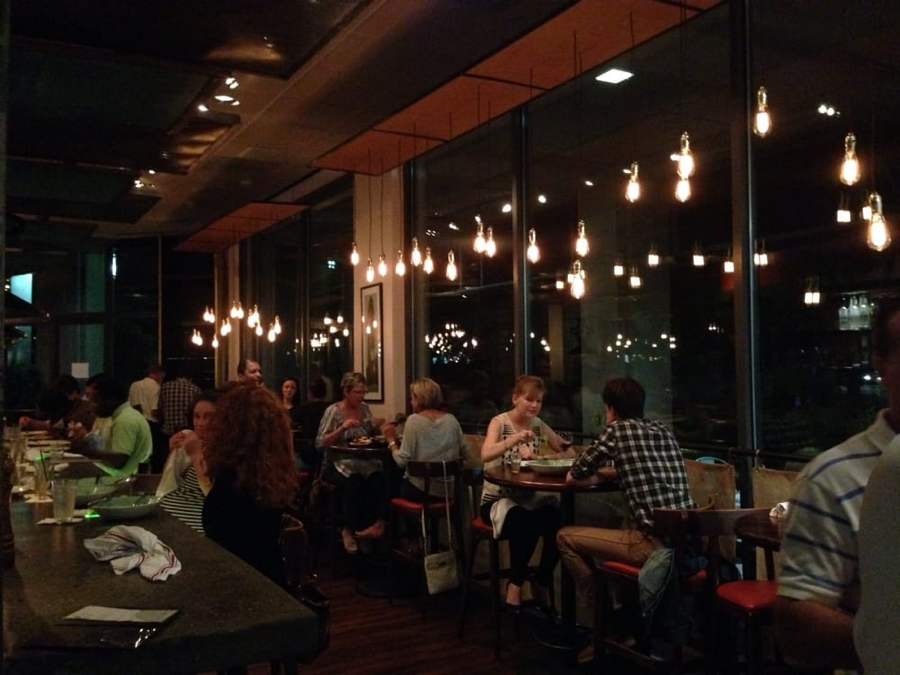 These are only the restaurants I’ve tried in the last few months. There are scads more still waiting for me! One I’ve got to try is: 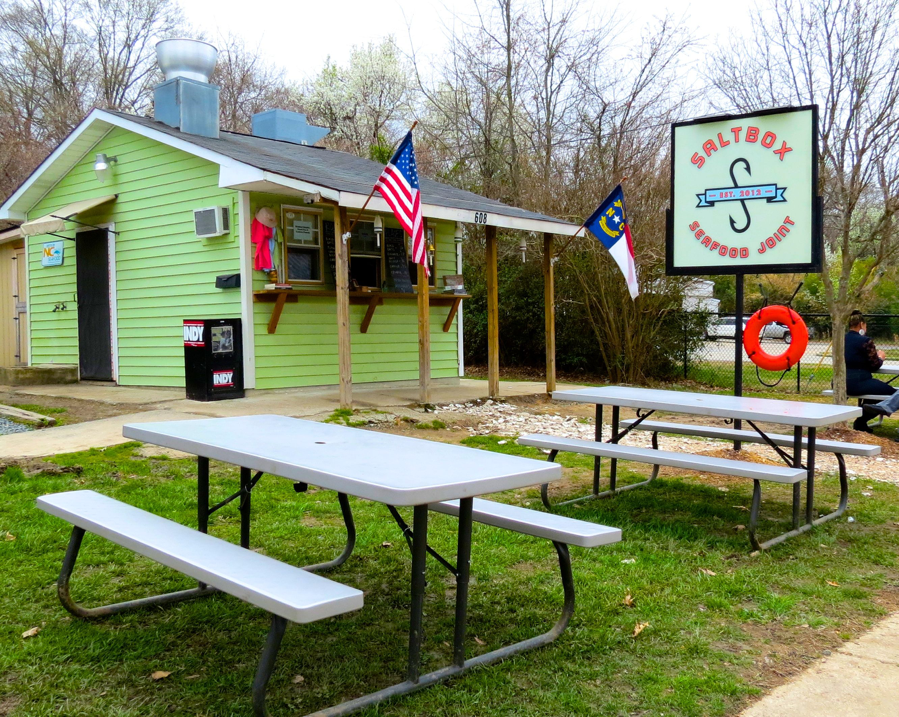 Another that is always good is Watt’s Grocery at 1116 Broad Street, and it’s next to Oval Park Grille. 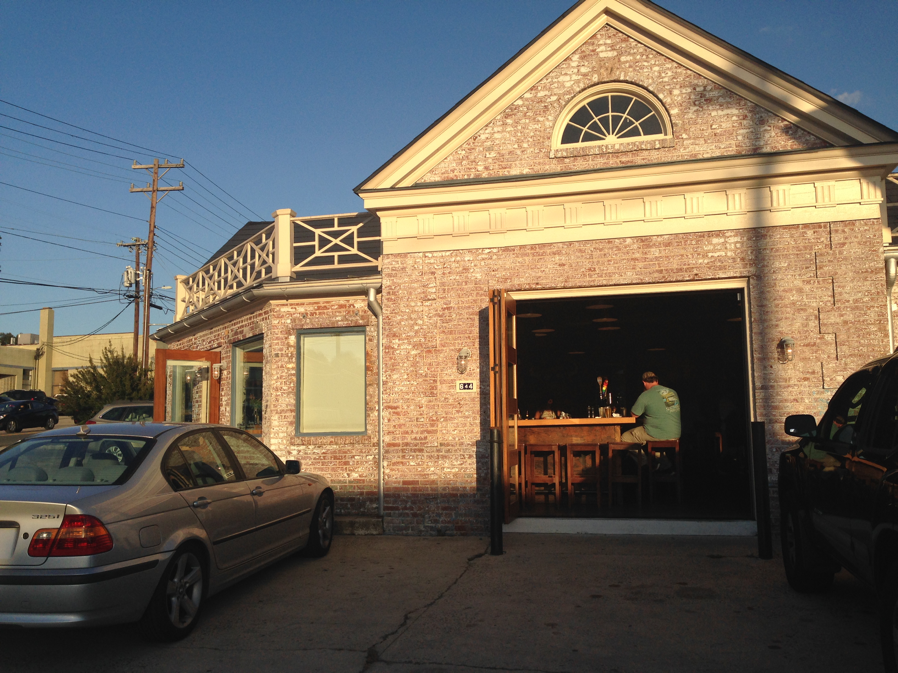 Geer Street Garden – 644 Foster Street, once a service station. I love it when the garage door is open and makes the bar area indoor/outdoor.

After dinner we’re going next door to Motorco to hear Bill Adair who founded PolitiFact. Motorco is across the street from Fullsteam Brewery, which is next to The Pig. Down the street on Rigsbee is Parts and Labor. Farther up Foster Street is Piedmont.

It doesn’t end. It’s great to live in a foodie town.