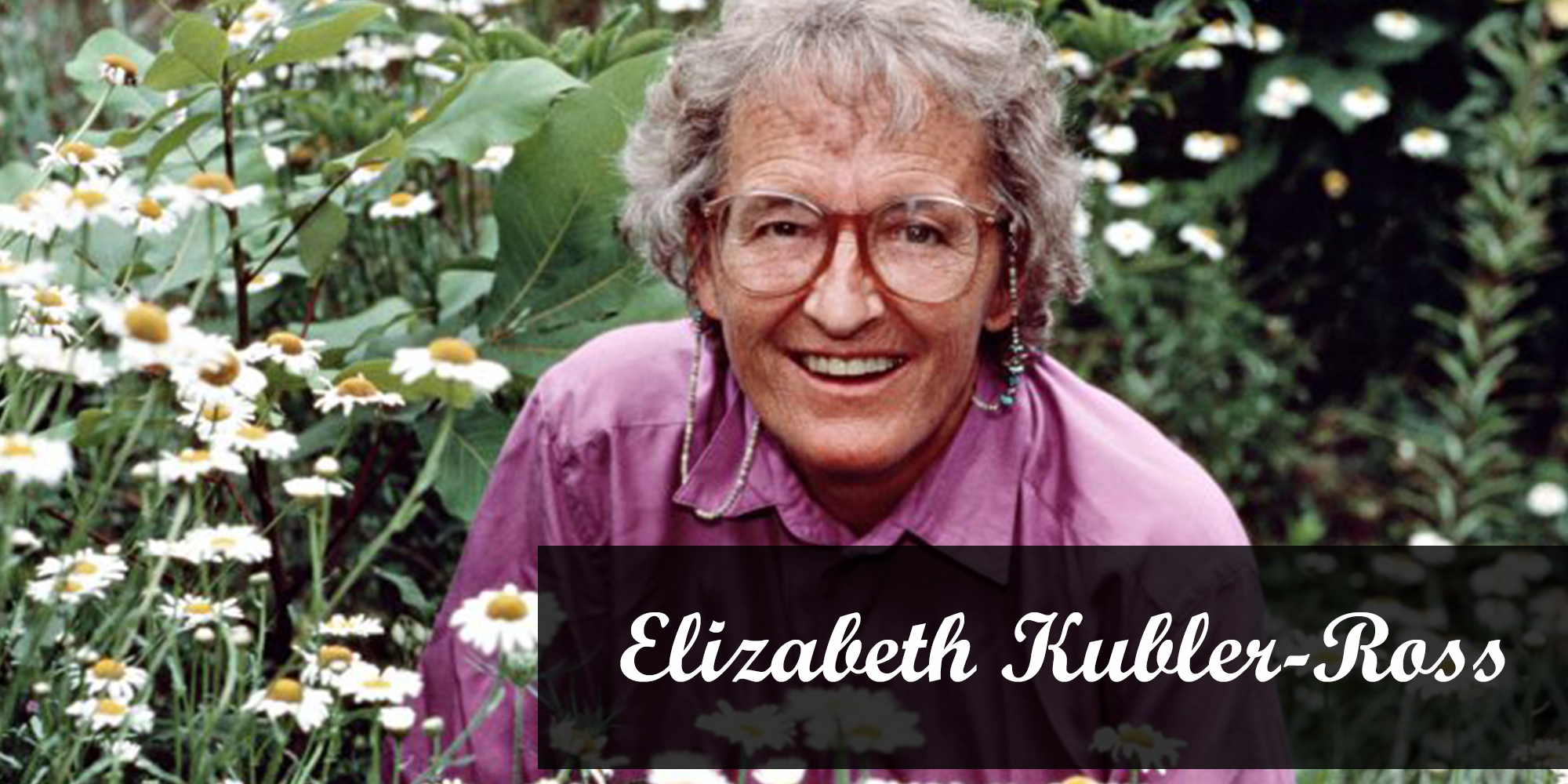 Elizabeth Kubler-Ross (1926-2004) was a pioneer on death and dying. My blog focuses on travel and writing and other upbeat topics. However, today I’m taking up the downbeat topic of dying because in the last few weeks I’ve been speaking with people who have recently lost loved ones, and I hope my own experience with loss might be useful.

Elizabeth Kubler-Ross was a Swiss-American psychiatrist whose first book On Death and Dying (1969) pioneered the close-up study of people dying. She was the one who set out the five stages of grief: denial, anger, bargaining, depression, and acceptance. When my husband was dying of pancreatic cancer I took great comfort in the work of Elizabeth Kubler-Ross – which is to say that I read her obsessively, mostly while sitting in a chair next to his hospital bed.

These years later I remember two things clearly from the work of Elizabeth Kubler-Ross:

You do not need to ask the dying if they need or want something. They will tell you.

This piece of advice might seem obvious, but it is not. When your loved one is dying, you (I, anyway) want to feel useful. If you’re doing something, it’s like you’re being effective … or, at least, you’re keeping busy, doing something. Anything.

EKR made me understand that all I had to do was just sit there, be there, doing nothing (but reading EKR). Putting the book cover into this post reminded me of the subtitle: What the Dying Have to Teach Doctors, Nurses, Clery & Their Own Families. Brilliant! What they have to teach us.

So, all you need to do is sit there and be, listen and learn.

Here is the last conversation I had with my husband. The entire 8-line exchange elapsed over a period of about 30 minutes, and I believe the calm I gained from EKR’s work helped me dwell in the conversation as it unfolded at its own pace.

It was late afternoon when my husband was looking into the middle distance. At one point he said, My husband was not a spiritual person, but I was struck by his image. I immediately imagined a galleon. I have no idea what he saw.

He asked next, “How many people are on the ship?”

“Two hundred and fifty,” I answered.

Where did that come from? Two hundred and fifty is called Dunbar’s number, which is the suggested cognitive limit of the group an individual can retain social relationships with. Robin Dunbar is a British anthropologist and evolutionary psychologist, and I had probably just been reading something of his.

He nodded. Then, later, “What’s the name of that river?”

“The River Styx.” A moment later I remembered the River Jordan, but I had already gone classical, not biblical, so I left it at that.

“When is the ship leaving?”

“In half-an-hour,” I said, off the top of my head then gulped… and then nervously watched the clock for the next thirty minutes.

He made some facial gesture of negation. He wasn’t ready then. He died four days later.

I treasure that conversation.

EKR makes clear that regret compounds, confuses and prolongs the grieving process. Those who are caught up in, “I should have said X. I should have done Y” are going to run around that hamster wheel for quite a while, maybe even years.

I was fortunate to have had the luxury of time to sit and be with my husband while he was dying and sometimes lucid. We had said and done what needed to be said and done. We had been together for several decades, but each of us is on our own journey, and we were both clear that he was continuing on without me.

I was also fortunate to have my good friend, Kristine Stiles, with me in his room on that last afternoon. I was reminiscing to her about the last trip he and I had made to France a couple of months before, telling her all the places we had gone, what we had done. I had no idea my husband was following any of what I was saying, but when I finished, he said, quietly but clearly,

A few minutes later Kristine left, and an hour later he was gone.

If you want something more upbeat and about health try: Health Blogs


Categorised in: Advice from other Authors, Thoughts