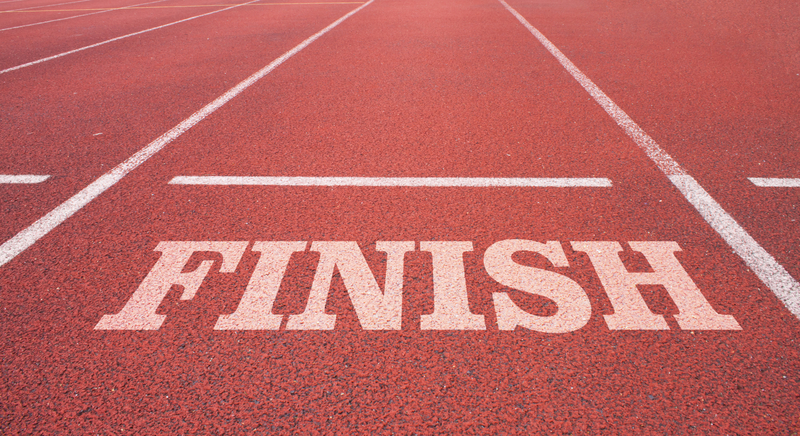 Ending: Where To Finish Your Story

Ending your story is not necessarily easier than beginning your story, but the difficulties surrounding these two story moments are different.  My previous post was Beginning: Where To Start Your Story, whose major lesson is: Start your story as close to the end as possible. Okay, where is the end?

These story types come in two flavors: comedy and tragedy.

Comedy occurs when the hero is accepted in the social group to which he is trying to belong. The family unites.

Tragedy occurs when the hero is excluded from the social group to which he is trying to belong. The family breaks up.

Elf (it’s that time of year) follows a voyage-and-return + quest plot for Buddy (Will Farrell) who grows up at the North Pole thinking he’s an elf and upon discovering he’s a human leaves his home to search for his bio-dad (James Caan) in New York City (voyage). He finds said-bio-dad and then has to secure his love (quest). Bio-dad’s own story follows a rebirth plot.

The climax of the story is an extended and comically harrowing scene in Central Park where Santa’s sleigh is sputtering because people don’t have enough Christmas spirit. The scene ends when enough people – now including Buddy’s bio-dad (Scrooge-like rebirth) – come together to sing Santa Claus is Coming to Town, thereby powering the sleigh and insuring that Santa will be able to make his toy deliveries.

The story is now pretty much over, but what is the ending? It’s a very brief scene, a year later, where Buddy has united with his love interest (Zooey Deschanel), they have a baby and vow to visit Santa (return).

Country Strong (hey, it’s what came to mind) follows an overcoming-the-monster + rebirth plot for Kelly (Gwyneth Paltrow). She’s a once-popular country singer who’s a recovering alcoholic (alcohol = the monster), and her husband stages a come-back tour for her (rebirth). After the trials and tribulations of going back out on the road, the climax of the story is the knock-it-out-of-the-ballpark performance Kelly gives at the last venue of her tour … and then later that night she overdoses on prescription medication and dies (monster prevails, death). The sorry scene of her funeral comes next, after which the characters go their separate ways.

The story is now pretty much over, but what is the ending? It’s a very brief scene, a year later, where Kelly’s lover and Kelly’s major rival – both country singers – happen to meet up on the road and sing a duet of one of Kelly’s songs (wistful tribute? budding new romance?).

One. If your plot has enough power, you should have what it takes story-wise to produce the climactic scene. As far as I’m concerned such a scene counts as an ending. If your story isn’t able to produce a bang at the end, then that’s your first difficulty.

Two. A romance is always a quest (True Love), which can intersect with any other story type, say, rags to riches (marry a billionaire). The Bang is the scene where the conflicts keeping the hero and heroine apart resolve themselves. This scene does not necessarily have to include the declaration “I love you,” but it has to make clear the hero and heroine now have their HEA (Happily Ever After).

Is the HEA the ending?

The answer will depend. I know of some romance writers who like to write a long-ish final scene where the couple is shown post-conflict in their day-to-day interactions. I’m not one of them, and so sometimes I err on the side of leaving too much after the HEA to the reader’s imagination.

Case in point: I loved writing The Red Palace set in India in 1857. I set it up for (what I hope is) a strong final scene extending across four chapters, with all due dramatic revelations, sexual tension and resolution. I sent it off to my trusted editor who said, “It doesn’t feel finished.”

Aha. I added a brief scene of the couple together in their new life that really did give the story the finishing touch.

Three. The final difficulty of writing the ending is that you then have to let your story go. It’s such a thrill to start a story and get all involved with it. So, ending it is always an emotional letdown for me. It’s a common problem. The only remedy? Start a new story.

For more tips on writing a story, check out my complete guide for writing a novel.

Heather Graham – Write What You Know