The Romanian language is at issue here. In Chapter 12 of Languages in the World we introduce Jean-Louis Calvet’s gravitational model comparing the different “weights” of languages across the world, each language having an attractive power, like stars and planets.

The heavier the language, the more likely people are drawn to learn it. The lighter, the less likely.

There are four levels:

1. Hypercentral: the heaviest language is English;

3. Central: the middle weights number about 100 – 200 languages. In Africa these would include Wolof and Bambara, in Europe Czech and Armenian;

4. Peripheral: the vast majority of the world’s languages – some 4000 – 5000 –are light, with little attractive power. These are likely ones you’ve never even heard of, like Diola in Senegal or Guugu Yimithirr in Australia.

The Hypercentral and Supercentral languages are robust. Of the Peripheral languages, many if not most are endangered. The question is: What is the fate of those that are Central?

I am currently in Romania where I’ve spent summers for the past 10 years. I’m guessing Calvet would categorize the Romanian language as Central.

As a middle weight the Romanian language does have attractive power. A round of mayoral elections has just ended around the country, and one person running was a native French speaker, Clothide Armand, who speaks Romanian very well. (She married a Romanian, and I think I heard her say in an interview that they met at Harvard.) 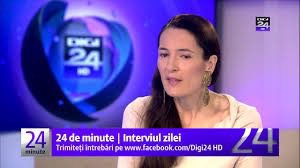 Armand giving an “Interview of the Day,”

Foreign players on major Romanian soccer teams give interviews in Romanian. Here is Fernando Varela, a native of Portugal, giving an interview in fluent Romanian after his team, Steaua, won its third championship in a row in 2015:

Another interesting case is Raed Arafat, a native Palestinian who came to Romania in 1981 to study medicine and who founded Romania’s emergency ambulance service, SMURD (Serviciul Mobil de Urgență, Reanimare și Descarcerare = Urgent Mobil Service for Reanimation and Extrication). His Romanian is excellent. 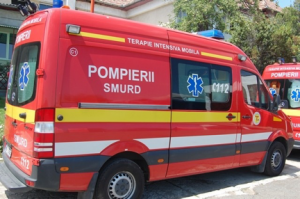 Clearly, foreigners are motivated to learn the Romanian language for various reasons.

However, many, many more foreigners who work here don’t learn it and have no need to learn it because they work in an all-English environment. They can, furthermore, get all their non-work-related business done in English as well, in stores, in restaurants, wherever.

Added to which, the pressure to learn English is tremendous, and English is flooding into Romanian.

I have no way to prove that there is more English now in Romania – in the street, in the media, and in the language – than when I first started coming here, but I highly doubt that ten years ago I would have heard the term risk management slipped into the middle of a discussion otherwise entirely in Romanian. However, I heard it just last week – and almost wasn’t surprised by it.

Media Galaxy, an electronics chain, has a current campaign based around Black Friday. For me, Black Friday is the day after Thanksgiving, so it seems odd to see a reference to it in June. But I’m not the one who decides how borrowings function in Romanian. I suppose Black Friday must mean something like ‘super sale.’ 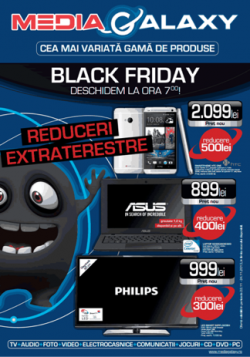 And the borrowings are everywhere. Vodafone’s most recent campaign can be seen on billboards all over Bucharest: Binging nelimitat ‘unlimited binging.’ 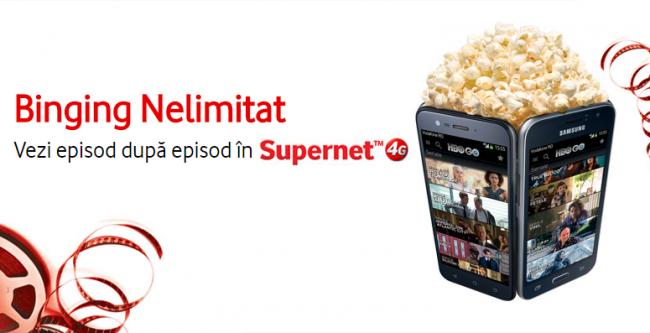 The next line helpfully explains: ‘You (can) watch episode after episode in Supernet’

I’m sure the word binging was not in the Romanian language last summer.

A few years ago one of the news stations had a program titled Breaking News, which didn’t particularly include any breaking news. It was just a cool name. Now the phrase is commonly used for breaking news.

Second hand shops are called Second Hand. Romanians say Sorry to one another in the street if they happen to collide. Let’s go appears in any number of contexts. A current TV ad aimed at a Romanian audience is entirely in English, spoken by a man with a heavy Romanian accent. It’s for McDonald’s.

I could multiply these examples by the thousands, but suffice it to say that English is everywhere.

This is not necessarily a bad thing. Borrowings enrich a language, and Romanian is not in immediate danger of extinction.

However, if Romanians continue to emigrate at a high rate and pressure from English increases, Romanian could become one of the endangered languages.

Note: In 2015 immigrants to Romania submitted 82,000 applications for citizenship. So as some leave others come. Presumably the new arrivals will learn Romanian.

What is Vocal Fry and Why Is It Common With Women?