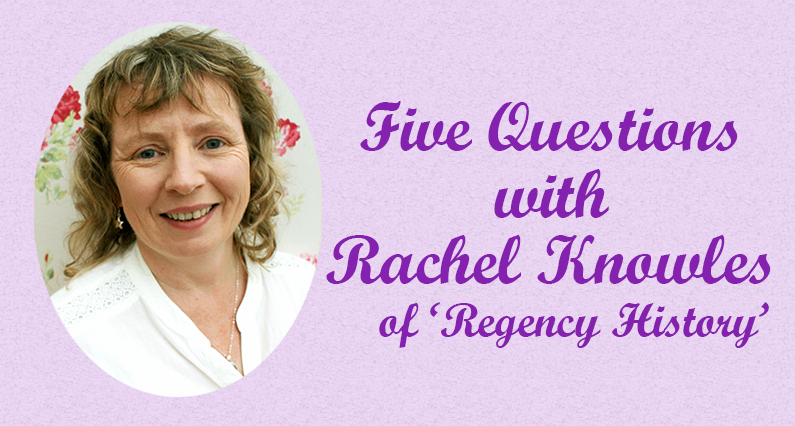 One of the wonderful things about the Internet is the ability to connect with and learn from other writers and bloggers. This is the first post in my 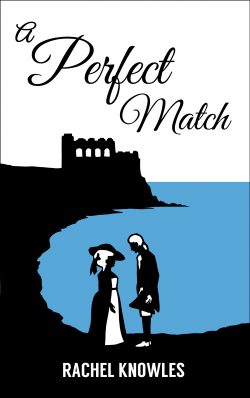 new series of posts, interviewing some of the intelligent and thoughtful romance writers who share about their craft. My first guest is Rachel Knowles, the author of A Perfect Match and the beautifully researched Regency History blog.

Rachel Knowles: Before I started researching and blogging, I only had a rather vague idea of when the Regency period actually was. I saw it as the time of Jane Austen and the setting for the Regency romances that I had been reading for years. However, I quickly discovered that many of these novels were not set during the actual Regency period—which only spanned from 1811 to 1820—but were labelled Regency to indicate what I term the ‘Regency feel’. My research quickly expanded to cover what is sometimes referred to as the long Regency, from about 1780 to 1830, roughly coinciding with the adult life of George IV—who was the Regent during the Regency period.

This was a natural extension as the people who played key roles in the Regency obviously lived before, and often after, the actual Regency period. It also allowed me to cover some of the more colourful characters of the age, such as Georgiana Cavendish, Duchess of Devonshire, and Charles James Fox, who died before the Regency period had even started.

The main reason I set my novel more than twenty years before the Regency period began was the desire to write something new. I had already half-written a Regency romance, but I wanted to start a new project from scratch and decided to write the story of my Regency heroine’s parents. This necessitated a shift back to the time of the Regency crisis of 1788 to 1789, when George III was first seriously ill with mental illness. I was also attracted to this time period because the Duchess of Devonshire was still alive and ruling the fashionable world. 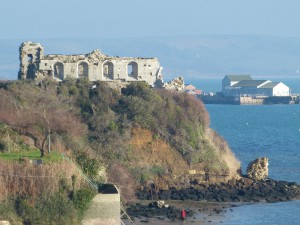 Sandsfoot Castle, Weymouth, where part of the book is set © Andrew Knowles

2. What are the most important distinctions between the Regency era and Georgian era?

Rachel Knowles: The Georgian era spanned an immense time period from the ascendancy of George I in 1714 to the death of George IV in 1830 (or 1837 if you include William IV as the last Hanoverian before Queen Victoria even though he wasn’t called George!). The Regency era was just nine short years from 1811 to 1820 within that time span, but is often seen as a period in its own right.

We tend to associate the Georgian era with powdered wigs, rich brocades and hooped dresses and the Regency with the much simpler Empire line muslin dresses. This move from the restrictive fashions of the Georgians to the looser clothing of the Regency represented an escape from restraint that was quickly reversed with the advent of the Victorian era. The Regency era reflected the Prince Regent’s freedom from the restraints of his father’s austere Georgian court.

3. As a romance novelist, why do you think there is so much intrigue with the Regency era?

Rachel Knowles: The Regency era is seen as the age of romance, making it an attractive setting for any love story. The ever popular works of Jane Austen and the Regency novels of Georgette Heyer have painted a romantic picture of life that has a wide appeal. It is a slower world, with no internet, no cars and no mobile phones, where dancing is the norm, ladies wear elegant dresses and gentlemen look like Mr Darcy although they sometimes behave like Mr Wickham! 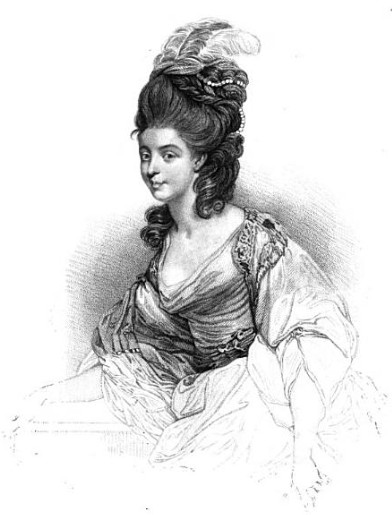 Georgiana, Duchess of Devonshire, from Posthumous memoirs of his own time by NW Wraxall (1836)

Rachel Knowles: One of the most exciting things about writing a historical novel is the opportunity to bring real historical figures to life. Lady Melbourne, Georgiana Cavendish, Duchess of Devonshire, and William Wilberforce are just three of the people who make an appearance in A Perfect Match. They play supporting roles rather than star parts, but do interact with the central figures in the story. I particularly enjoyed creating these conversations.

I have not consciously used different bits of real people to create my fictional characters, though researching historical figures has helped me to make my characters behave in a way that is true to the period.

5. When writing a novel set in a very specific time period, how do you balance the creative process of writing a story and the detailed work of making it historically accurate?

Rachel Knowles: I think that the key to writing a historical novel is to really know your time period. I am somewhat obsessed with finding out what was happening in the Georgian period every time I visit a National Trust house or historical town! A Perfect Match is set against a backdrop of real historical events, places and people and I used my research to make these as historically correct as possible. If you are immersed in your period, then your characters naturally behave in the style of that time and don’t hamper the development of the story.

That said, I did spend hours fact checking and had to change some sections when I realised that what I had written could not have happened or would not have been said. For example, the expression ‘two left feet’ – my etymology dictionary put the date for this around 1902, more than 100 years too late! As a result, Mr Merry had to admit to his clumsiness in a more roundabout way.

Thank you to Rachel Knowles for being the willing first participant in this new interview series! Be sure to explore her fascinating Regency History blog at www.regencyhistory.net and connect with her on Facebook and Twitter. Rachel’s novel, A Perfect Match, is available as a paperback or Kindle book on Amazon (US version and UK version) and at Barnes & Noble.

Want More from Julie? Try Her book Love After All

Get Love After All on Amazon Now!