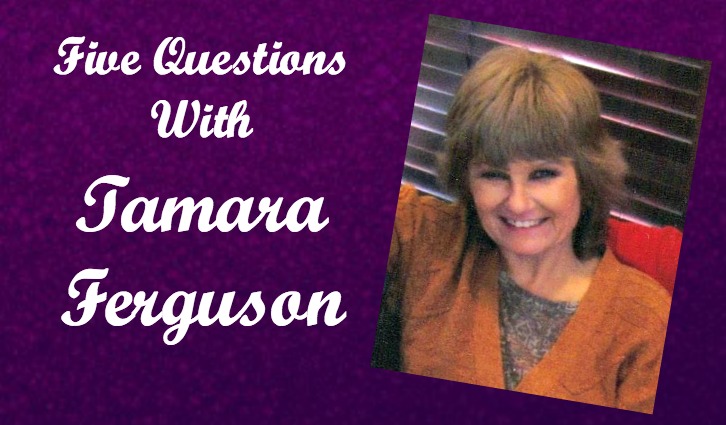 I’m having so much fun connecting with all the smart authors and bloggers I’ve met online. This is the latest entry in my series of conversations with other romance authors, who join us to share about their creative process, their habits, their inspiration, and more. Our guest today is Tamara Ferguson who writes contemporary suspenseful romances and a social media fanatic.

1.What initially drew you to romance?

Tamara Ferguson: I’ve read romance novels my entire life, but I suddenly became bored of the repetitive plots. I realized that the long list of authors I used to read on a regular basis, had dwindled down to less than ten. Even though I enjoyed reading historical romance, the boundaries appeared narrower for me than for contemporary, so I’d have to do a lot more research. That’s when I began writing romance suspense. 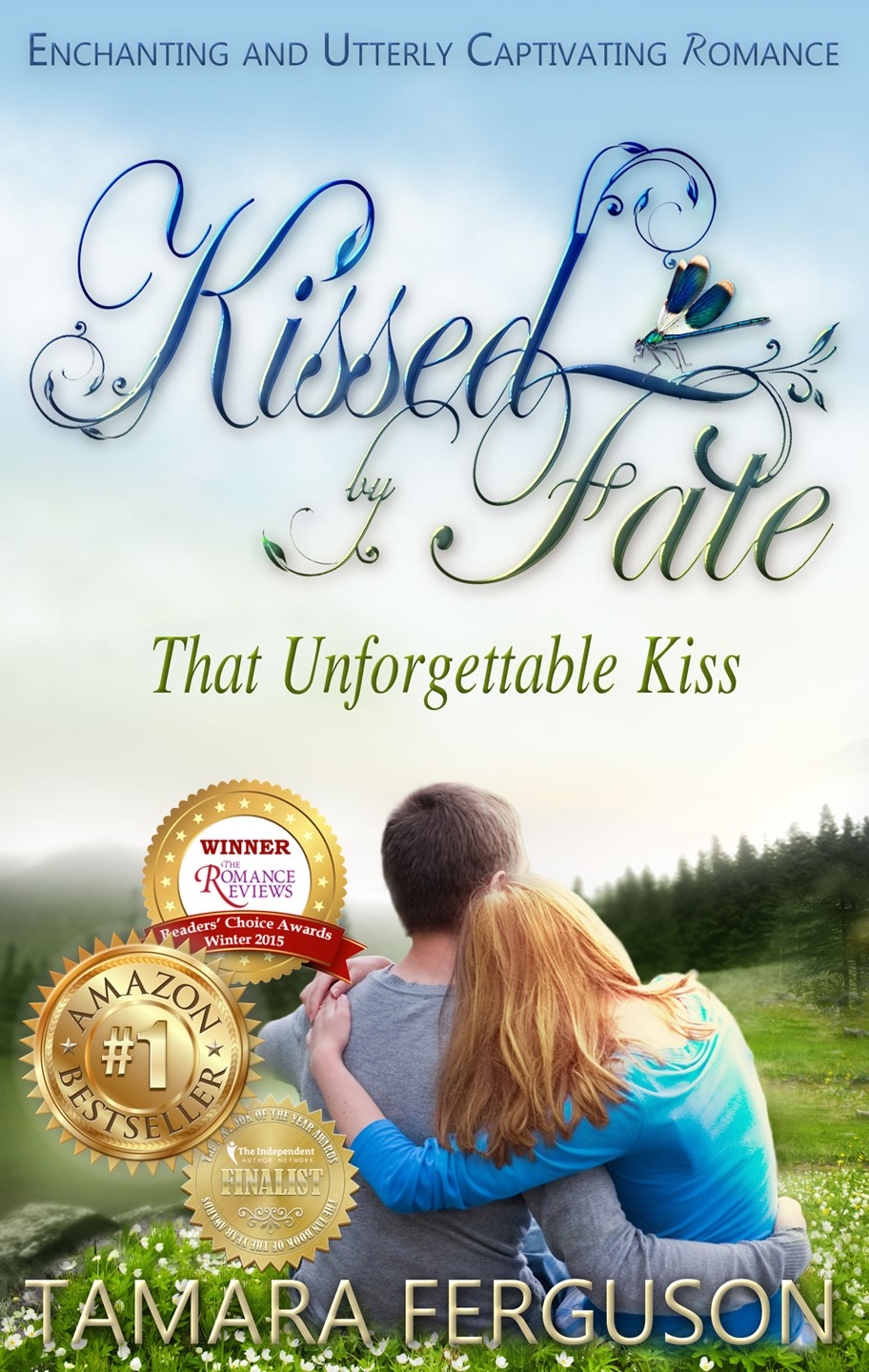 Tamara Ferguson: I really don’t have a regular routine per say. I have an autistic son, and I’m his full time caregiver. Since I’m far too active on social media, and I’ve become a regular promoter of books for myself and other authors, I write any time I can squeeze it in, and I seem to work well with a deadline. I prefer to write in the morning, when my mind is functioning better. My stories seem to go off in strange directions, when I’m writing late at night. This, of course, means wasting extra time editing and writing revisions afterwards if I’m dissatisfied. So, I try not to write when I’m even a little bit tired.

3.When you write your books, do you start out with an outline and structure, or do you write free form?

Tamara Ferguson: I begin with a VERY rough outline, similar to a storyboard, but always on paper. I draw up a character assessment, first listing the physical attributes of my hero and heroine, before deciding on their hobbies and careers. Additional characters are usually added in as I go along, and many times they’ve been featured in previous stories. But I also invent new characters, since every time I’m writing a new story, half of my mind is focused on possibilities for future books in my series.

As my story progresses, I fill in that outline a little more, to make sure the plot is heading in the right direction. Usually, when I’m about halfway through writing the entire story, I’ve got an ending in mind. At that point, I jot down plans for every chapter, so I don’t forget to include any important details that need to be tied into the conclusion of the story.

4.What’s your advice for getting your book in front of reader’s eyes? 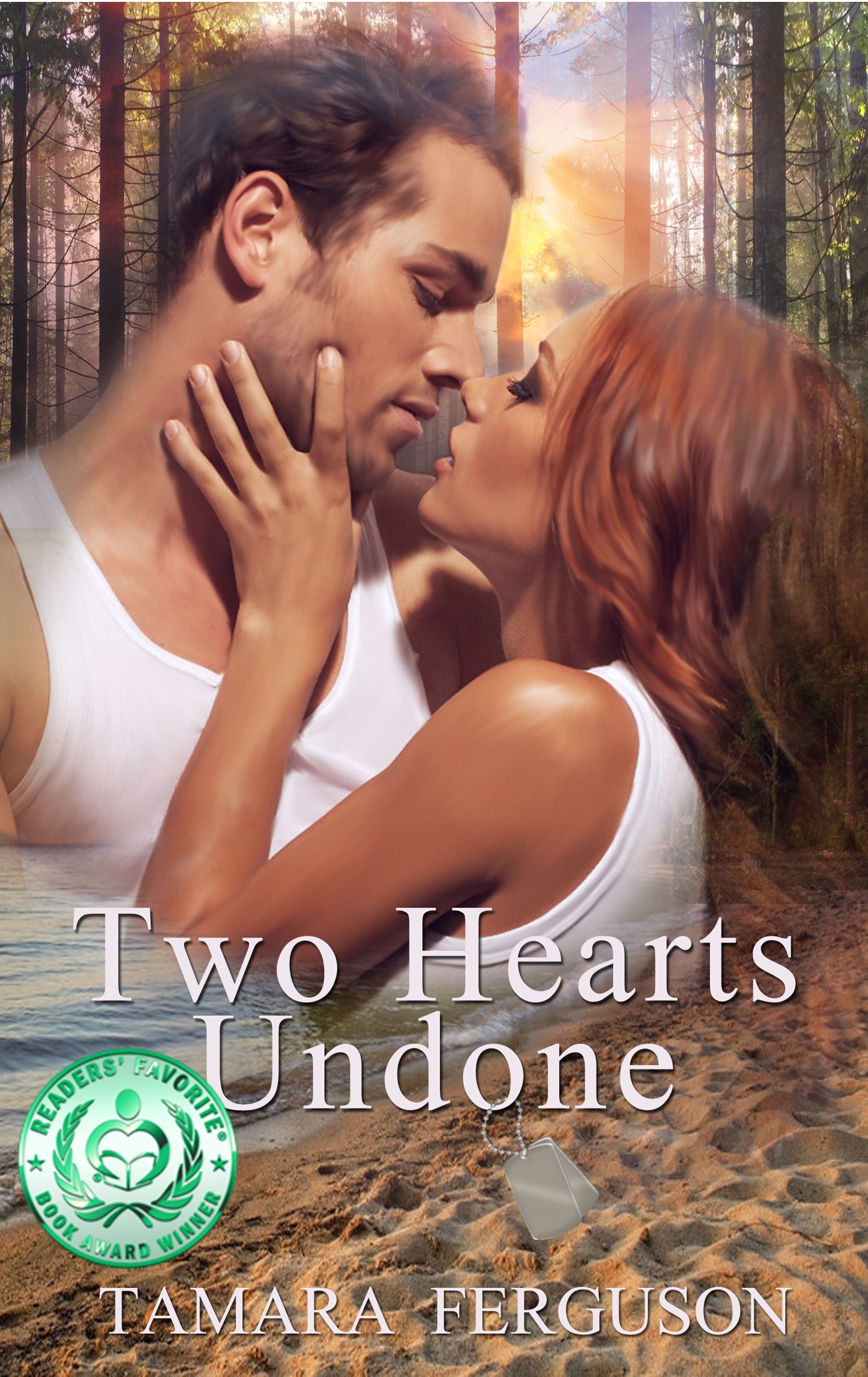 At that point, I did a free author survey, which told me I needed more social media presence. After creating a website, I went to Twitter and Facebook, and later Linked in and Google Plus. Twitter became my first sales platform. And because I was promoting other authors as well as myself, I was getting sales every week.

But becoming part of an anthology is what really worked for me as an author. Selling a bundle of stories at an inexpensive price can get your name out there, if the anthology does well, and can even turn you into a bestselling author, like it did for me. You should really think seriously before turning down an invitation.

At this point, I’m not sure what’s next. Unless it’s one of the larger publishers that will handle broader distribution, I’m not so sure if I see much of an advantage to having a publisher. There are so many channels for distribution now, that avoiding the middleman can give you additional income to put toward promoting your books. Many times, self-promotion is required with a publisher, anyway.

5.How important do you feel it is to connect with other romance authors and how can we help each other? 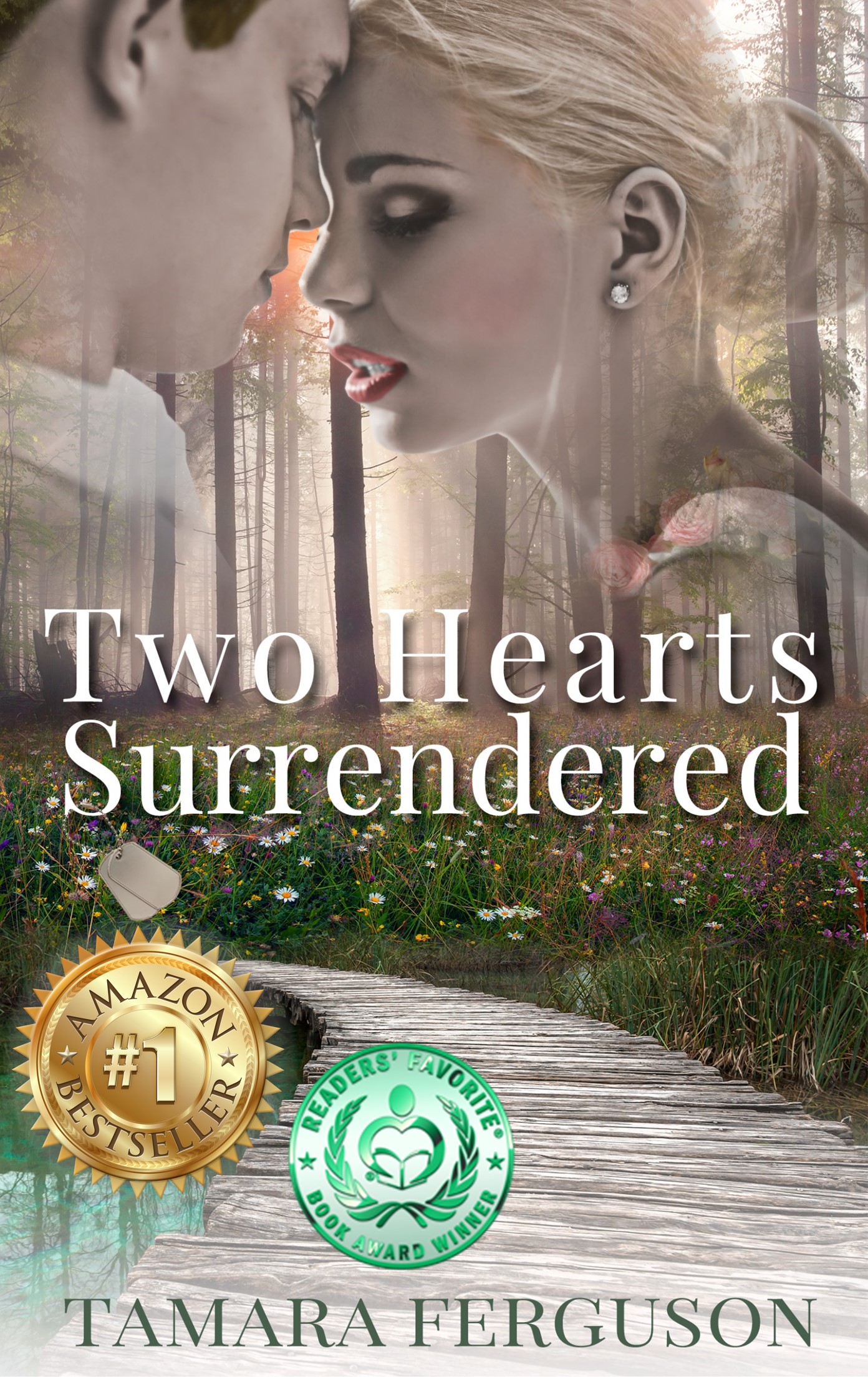 Thanks for the invite Julie. It was great to be here. And best of luck with your own writing too!!

A member of the Romance Writers of America, Tamara Ferguson is the Multi-Award Winning, #1 International Bestselling Author of the Tales of the Dragonfly Romance Suspense Series, the Kissed By Fate Series, and the Two Hearts Wounded Warrior Romance Series.

Since she remains a full-time caregiver for an autistic son, you can usually find Tammy working at home, where she spends a lot of time not completing her numerous home improvement projects, because she’s writing or helping other author friends promote their books on twitter. 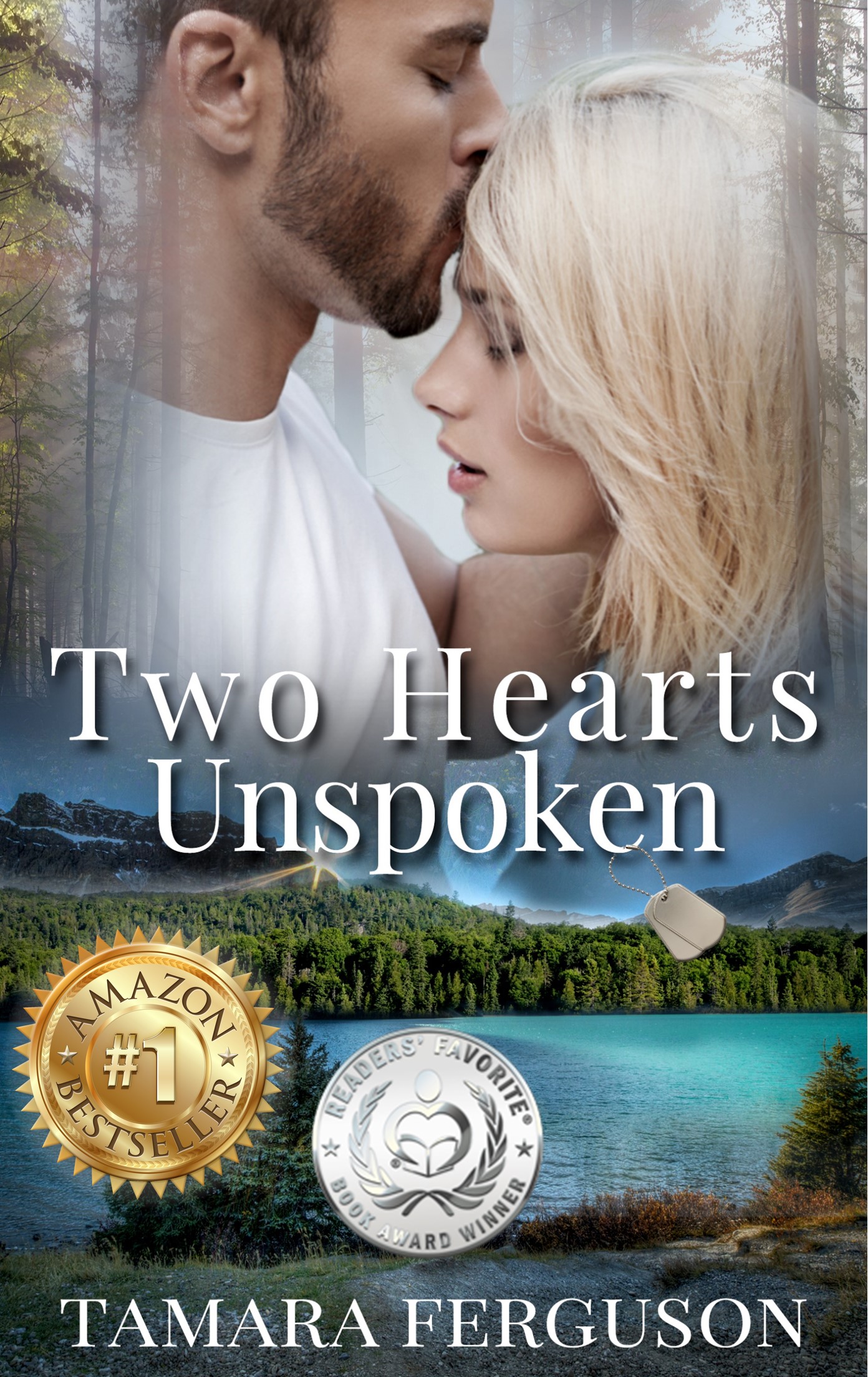 Special thanks to Tamara Ferguson for participating in this series! To find out more, visit her website and  blog. You can also follow her on Amazon, Goodreads, Twitter (@Tammysdragonfly and @KissedByFate2), Facebook, Google +,LinkedIn, Pinterest and Tumbler. You can also contact her directly by email.  Find out more about her book Kissed by Fate at KissedByFate.com or the Kissed by Fate Facebook Page. Find our more about Tales of the Dragonfly at TalesOfTheDragonflyTheBook.com

Want More from Julie? Try Her book Love After All

Get Love After All on Amazon Now!