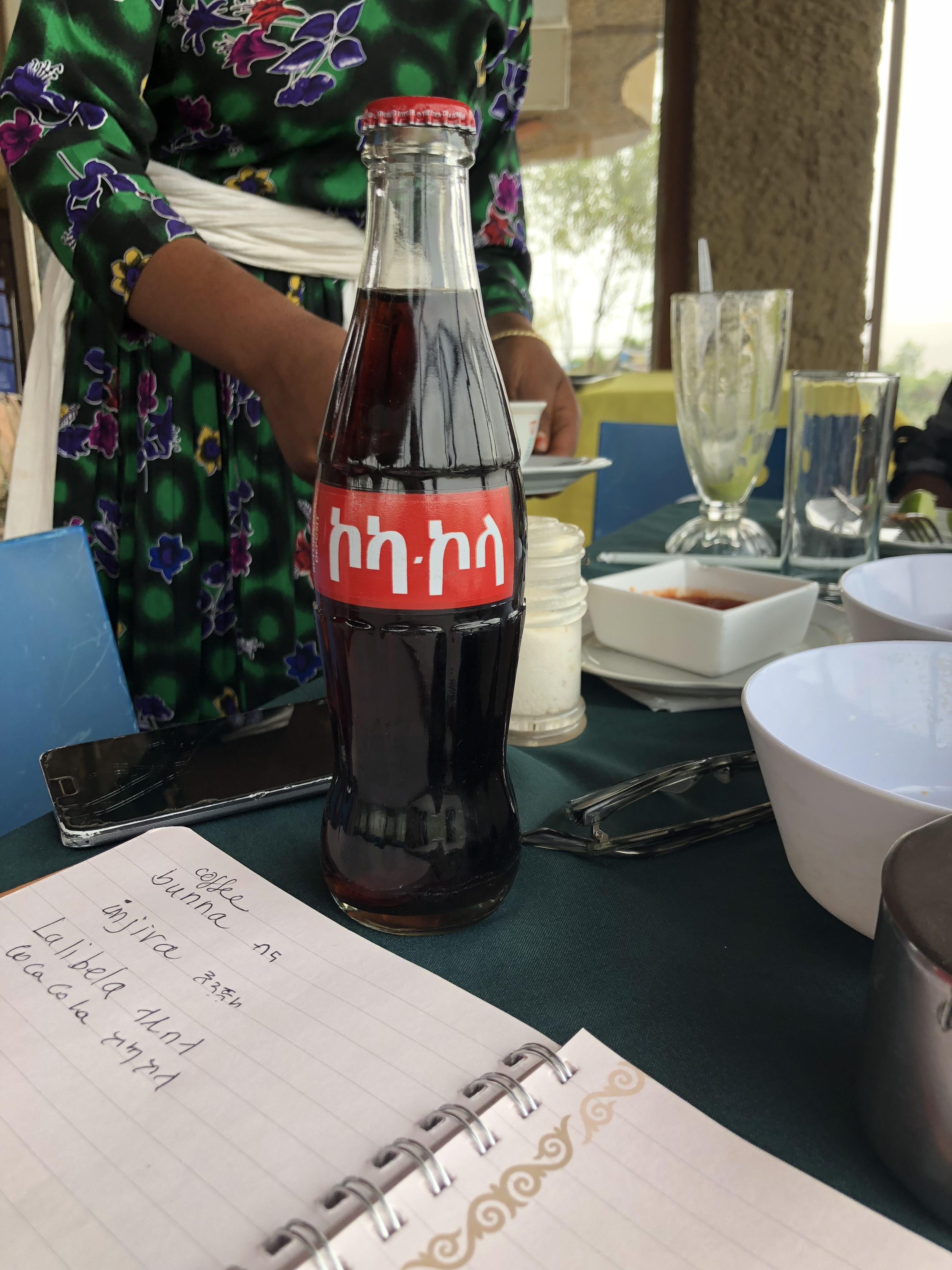 Ge’ez is the Ethiopian script in use all around the country. Ethiopia is the only sub-Saharan country to have its own script and it is hundreds of years old. You might be tempted to call it an alphabet, but it is really a syllabary, where each symbol represents the combination of a Consonant + Vowel.

You can see it clearly in the title image Coca-Cola bottle with four graphs, read left to right: co ca co la. 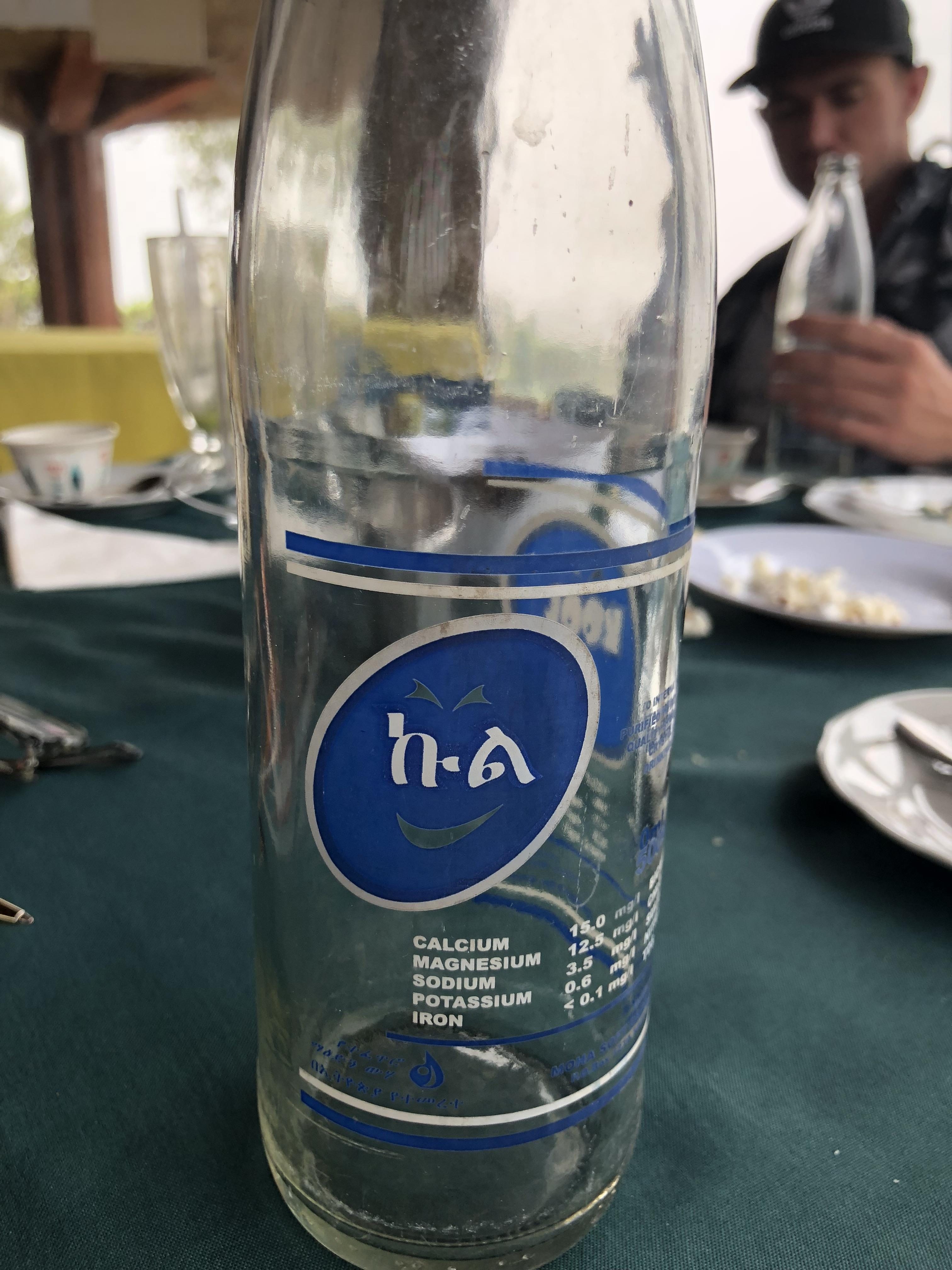 which is read as Kool (notice that the second graph resembles Greek lambda λ): 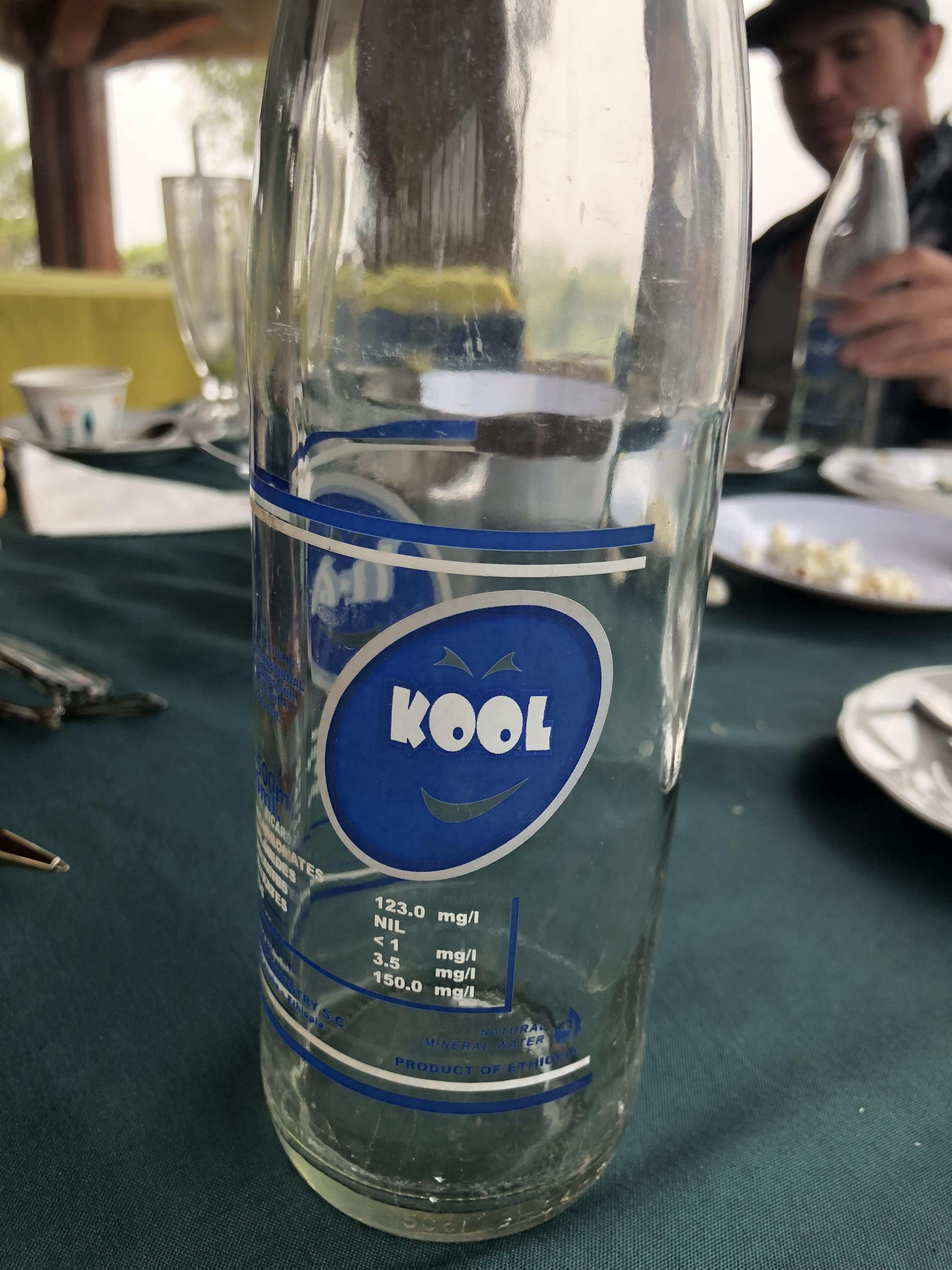 Then there’s this. I’ll let you figure it out: 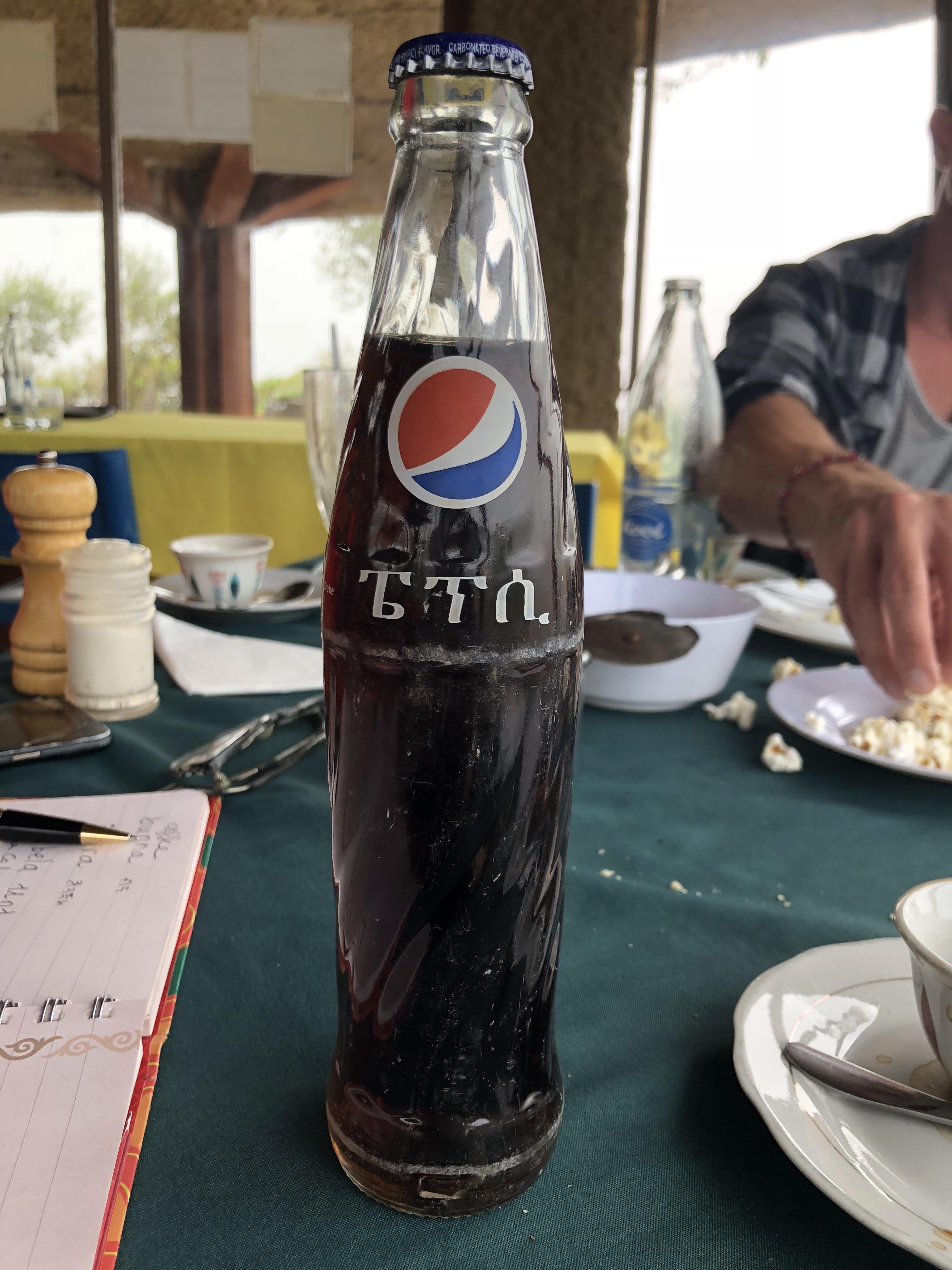 From the soda to the sublime, all scripts the world over started as something divine, a way to write down the word of god or the secrets of the universe or some such. Case in point: hieroglyphs mean ‘sacred script.’

Ge’ez got its start with the Bible: 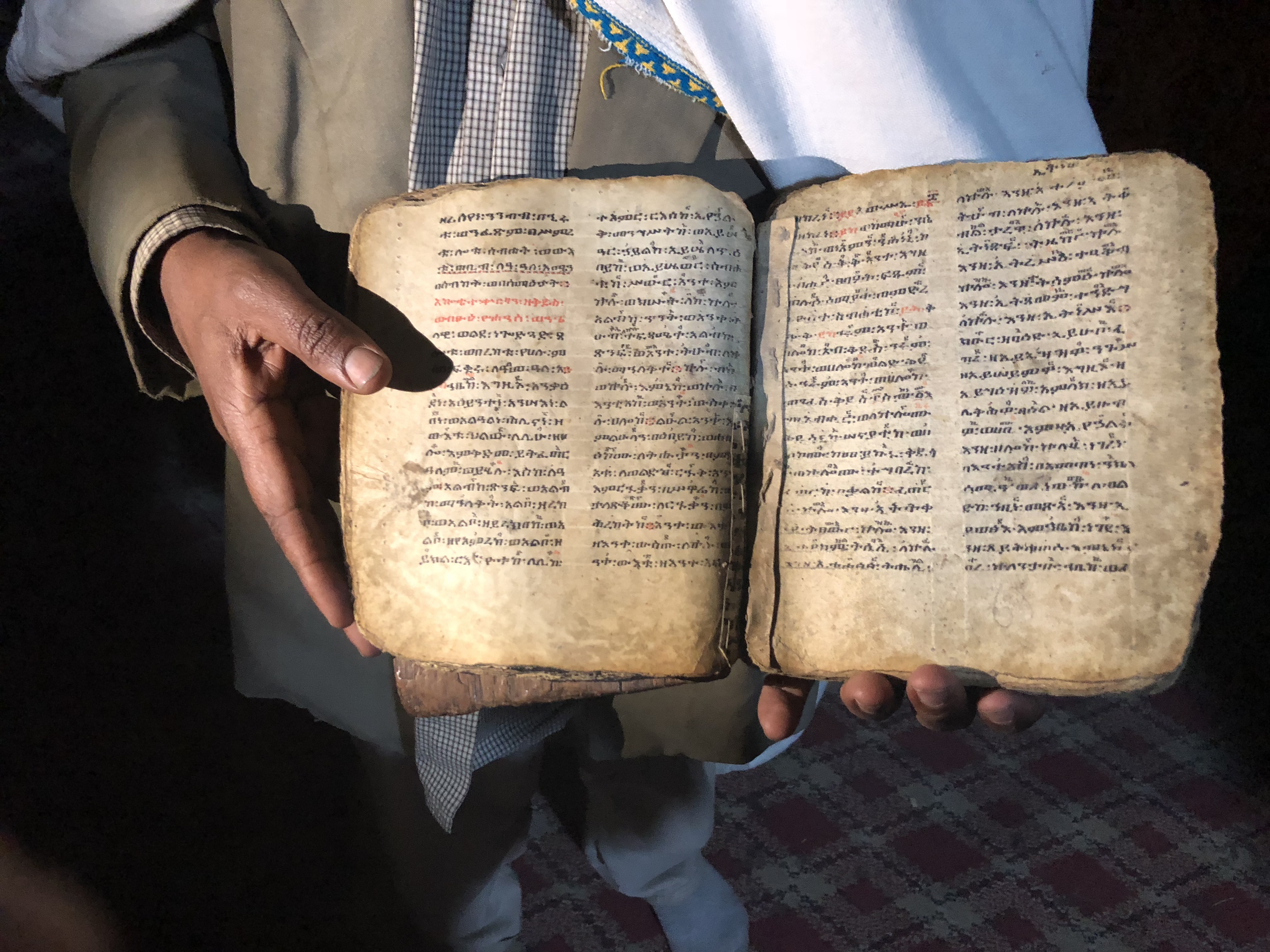 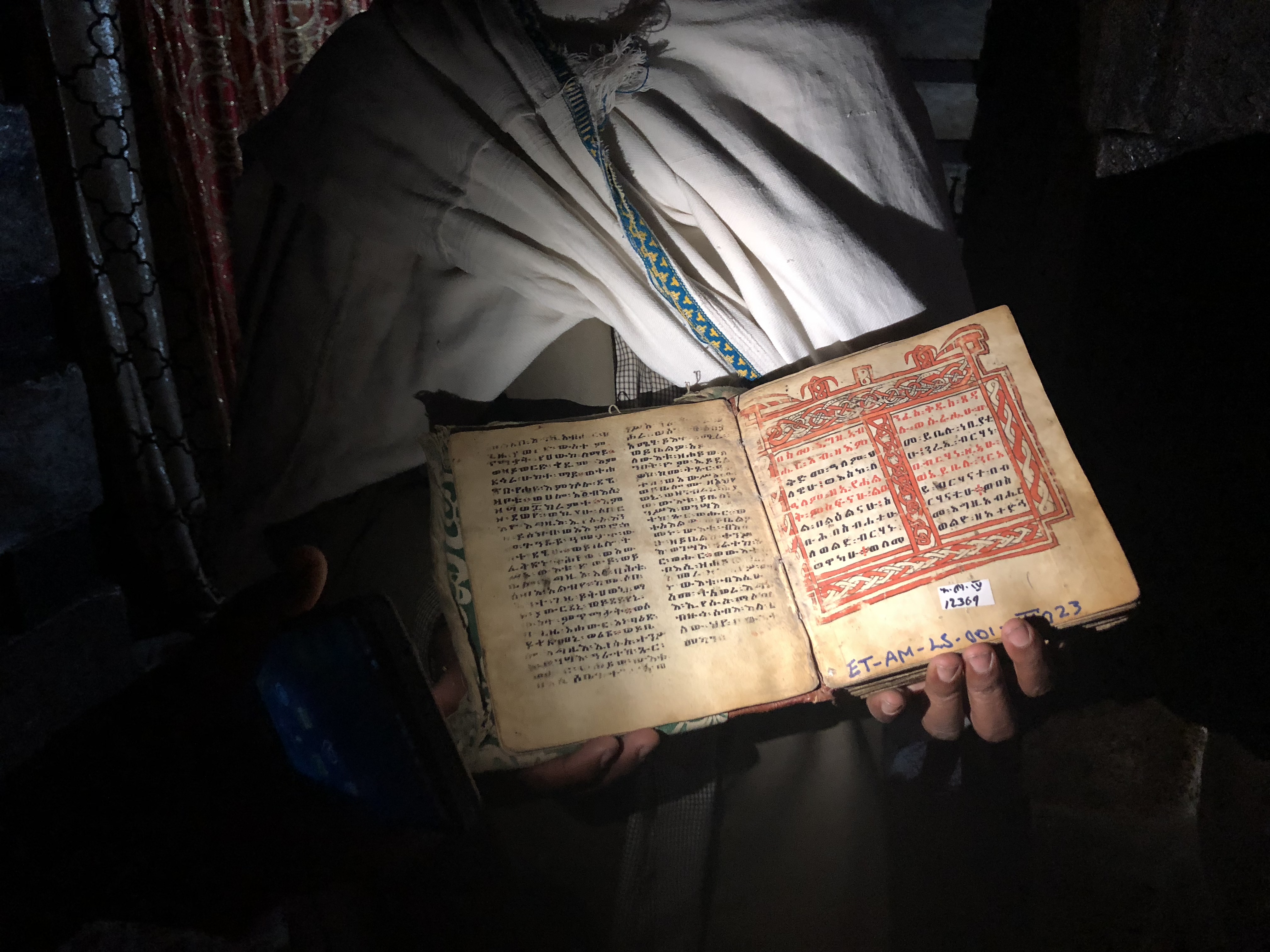 This manuscript is housed in a church built into a cave about 40 kilometers from Lalibela: 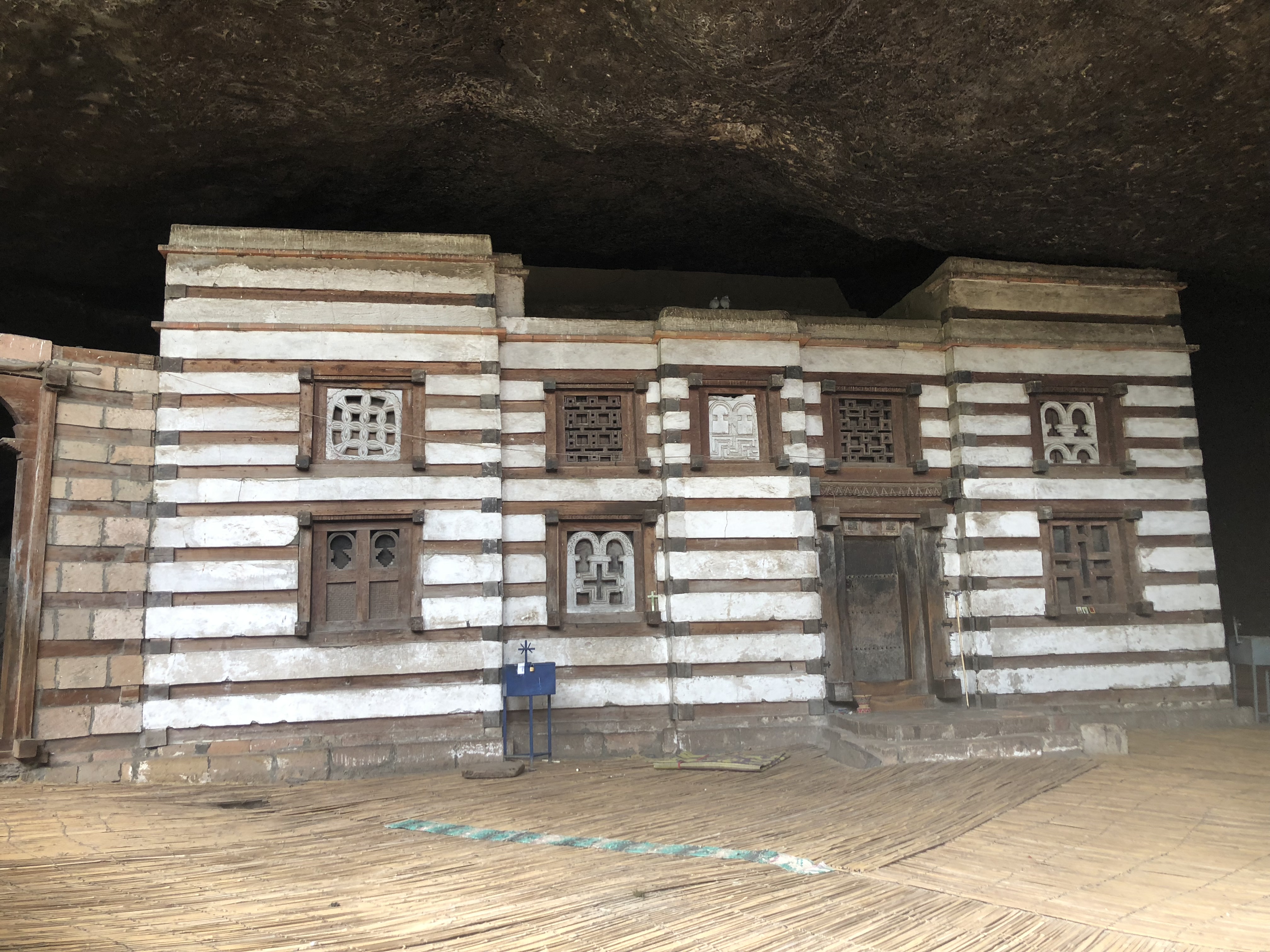 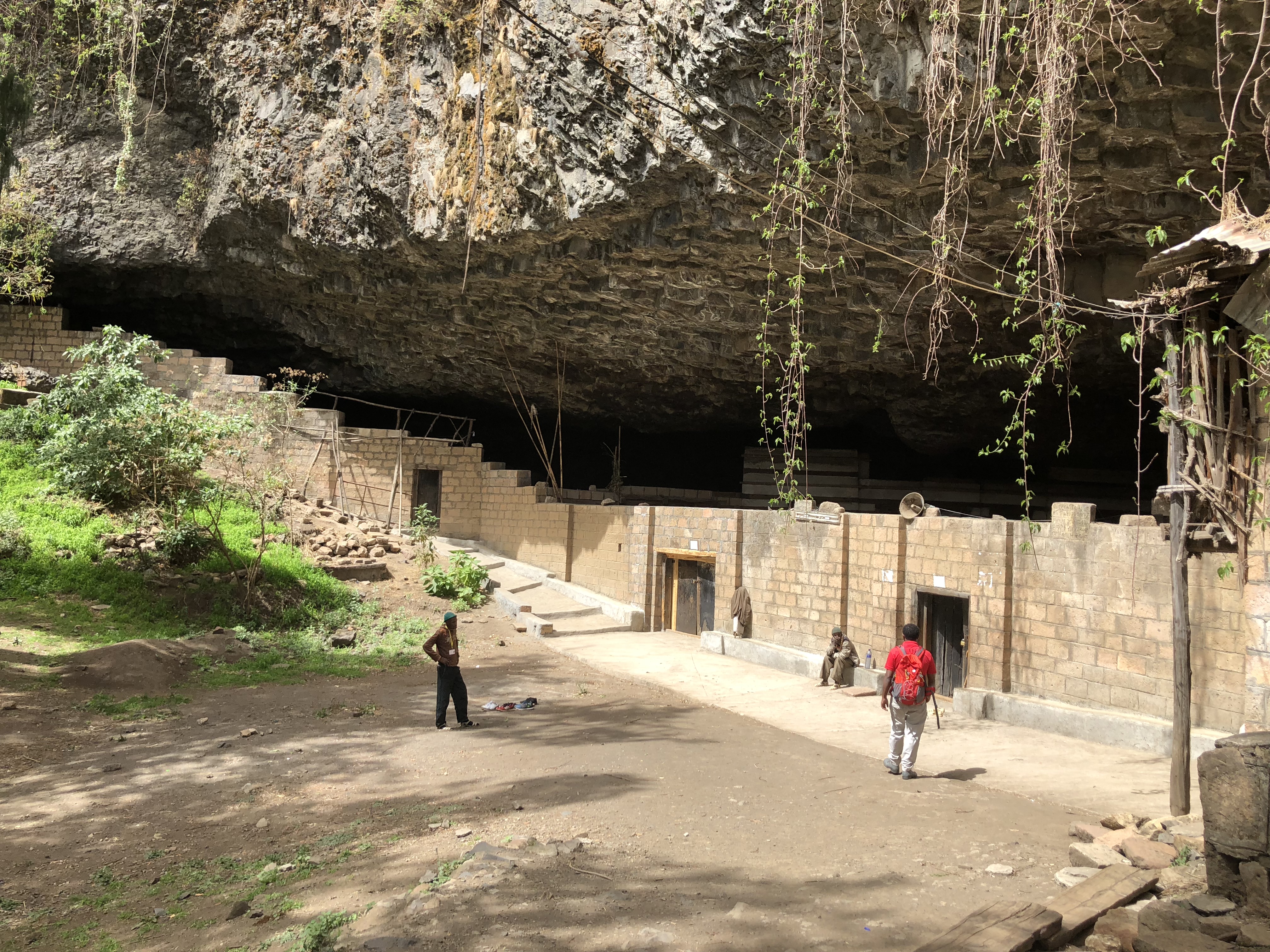 A portion of the Ge’ez syllabary:

If you study the chart for a bit you can see two things:

First, there is a base shape representing the consonant, and the modifications made by the vowels are fairly consistent: for instance, for an [e:] you get a circle on the lower right-hand side of the graph.

Second, some of the names and even some of the shapes of the graphs make clear the Ge’ez genealogy with the Arabic and Greek scripts, beginning (or I should say ending) with ‘älf < alef, alpha, etc.

You see the alphabet absolutely everywhere. 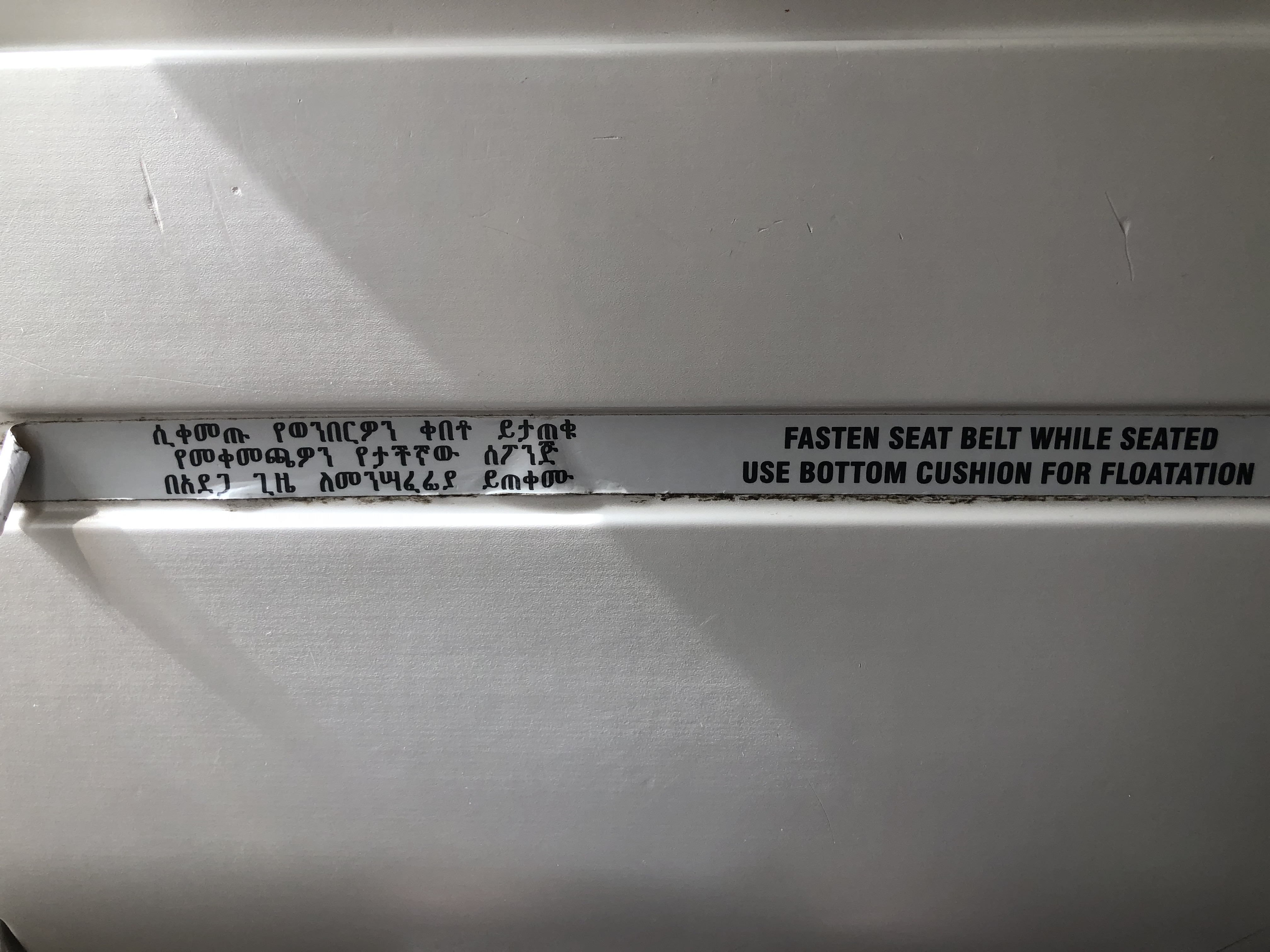 Just as Ethiopia has its own writing system, it also has its own calendar, and the calendar is the reason why brochures for the country often have the tag-line Be Seven Years Younger in Ethiopia. This year is not 2018; it is 2011.

It was a thrill to be able to just barely make out the script on the Lalibela Airport sign: 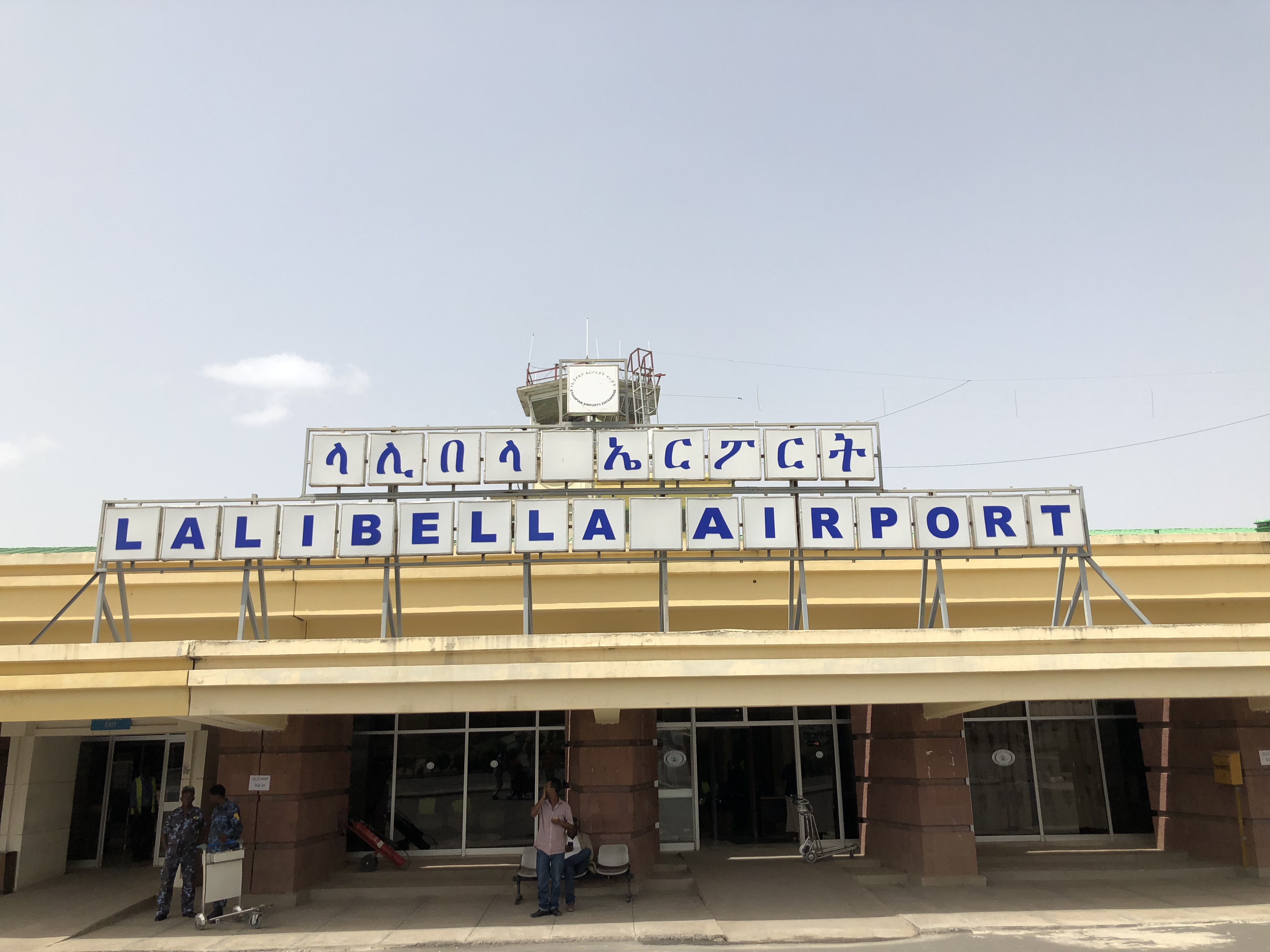