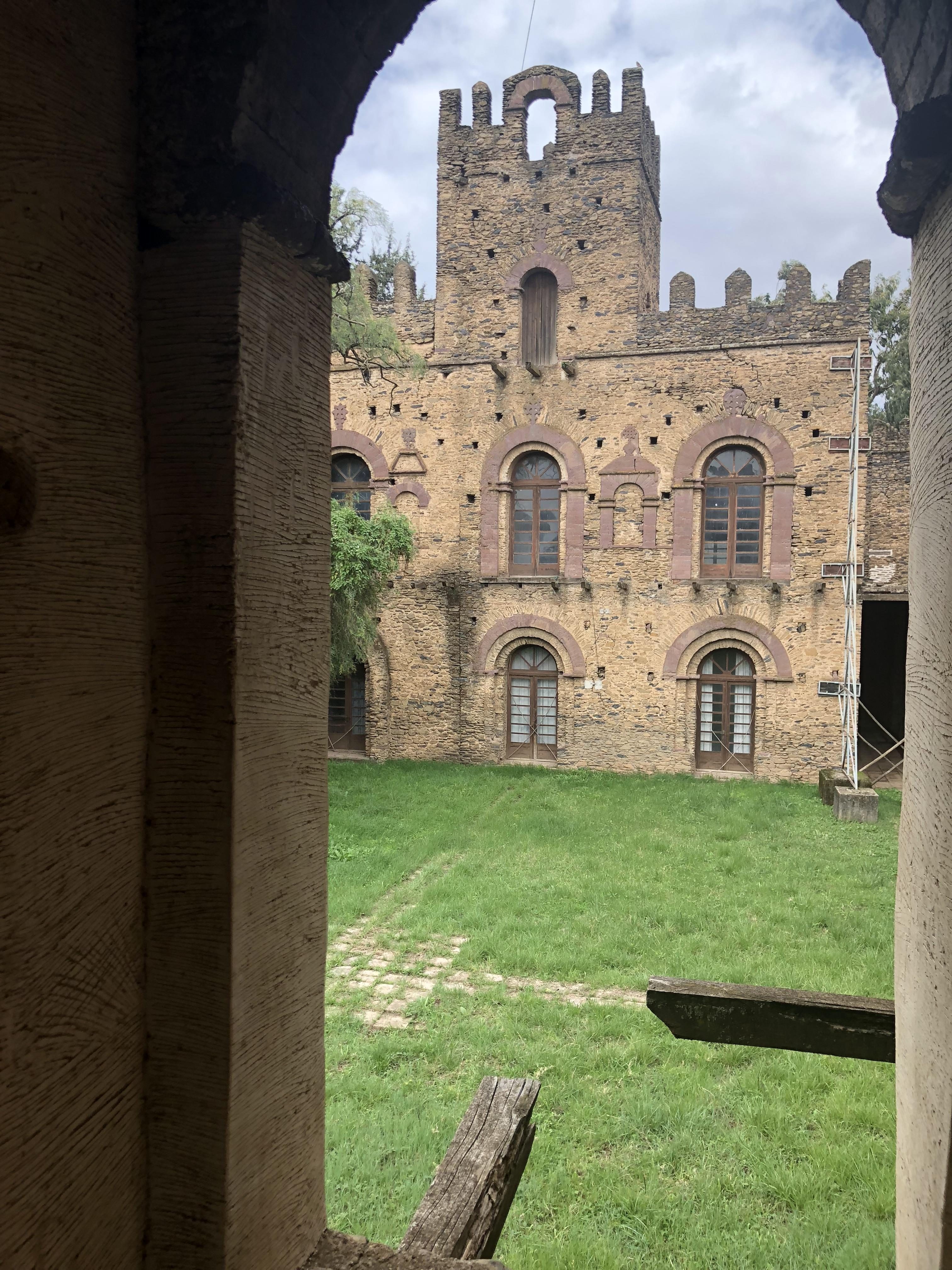 The next stop on our Ethiopia tour is Gondar, the center of power for the Ethiopian kingdom between the 13th and 17th centuries.

Gondar: On the Way

On the way from Bahir Dar to Gondar we stopped at the community of Awra Amba, which is a kind of egalitarian commune. We never figured out how it differed from any other community other than men and women do the same jobs: women can plow the fields and men can weave. 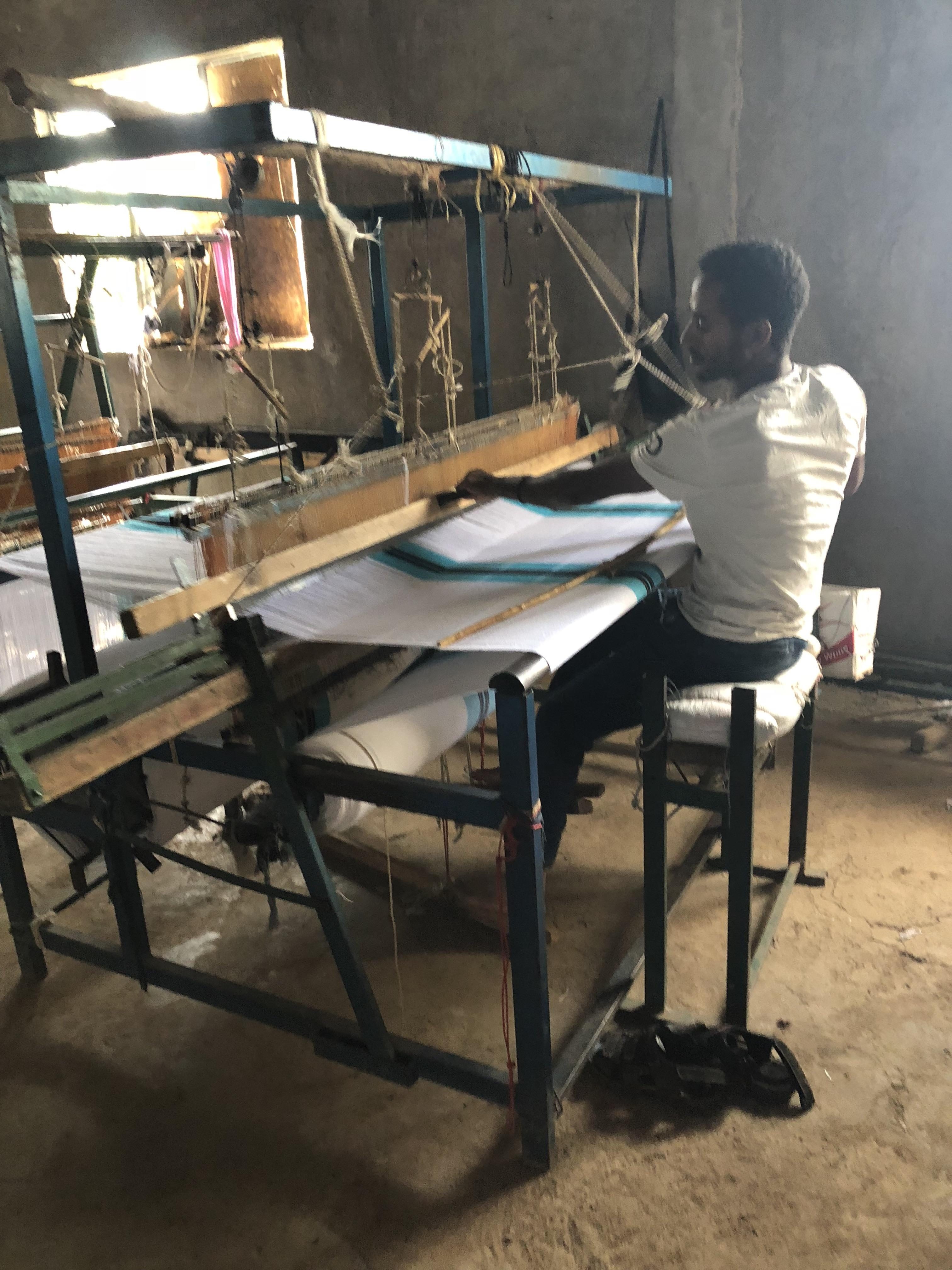 We saw a typical kitchen: 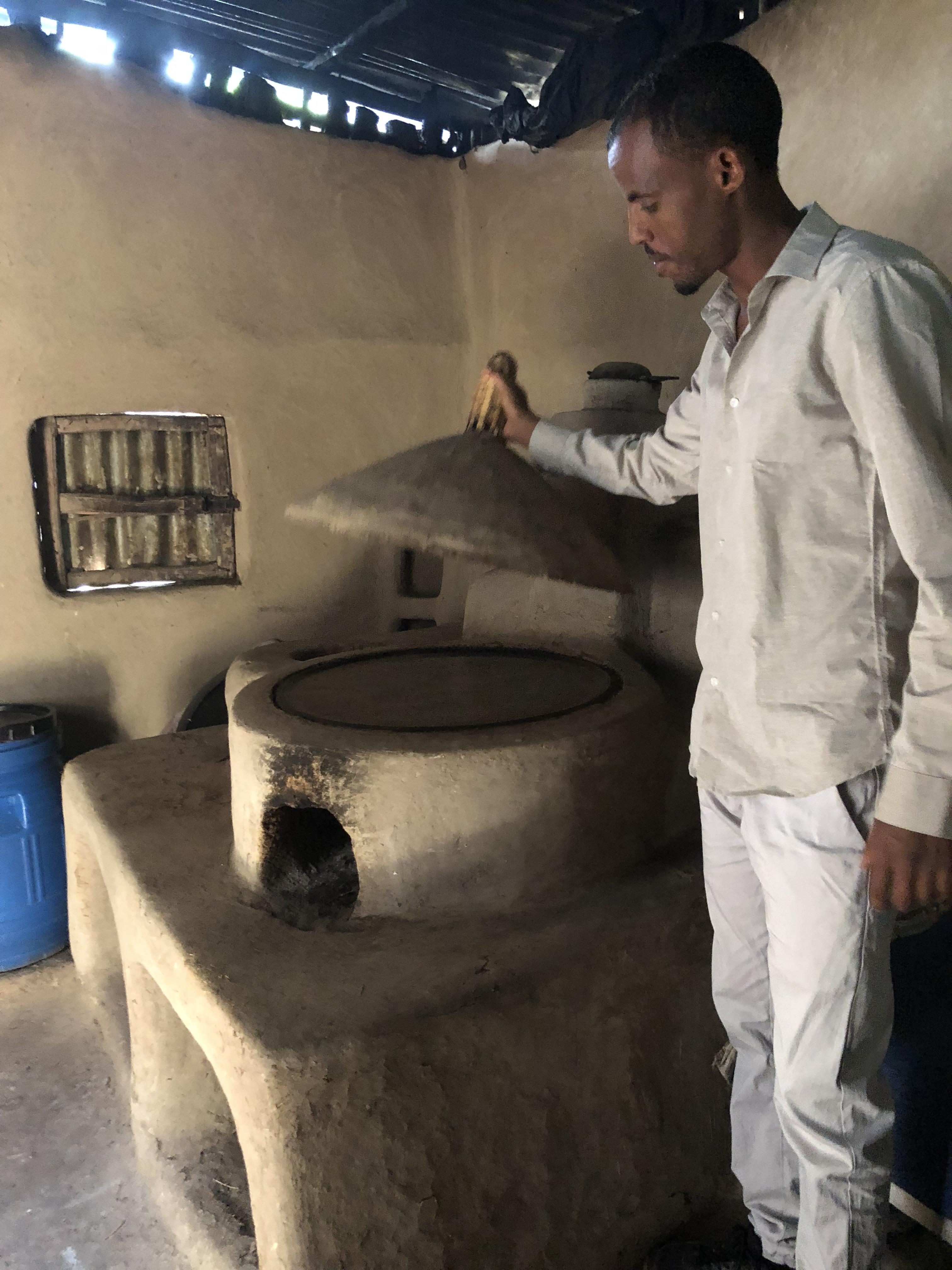 Once we’re back on the road to Gondar, we’re back to gender-based roles: 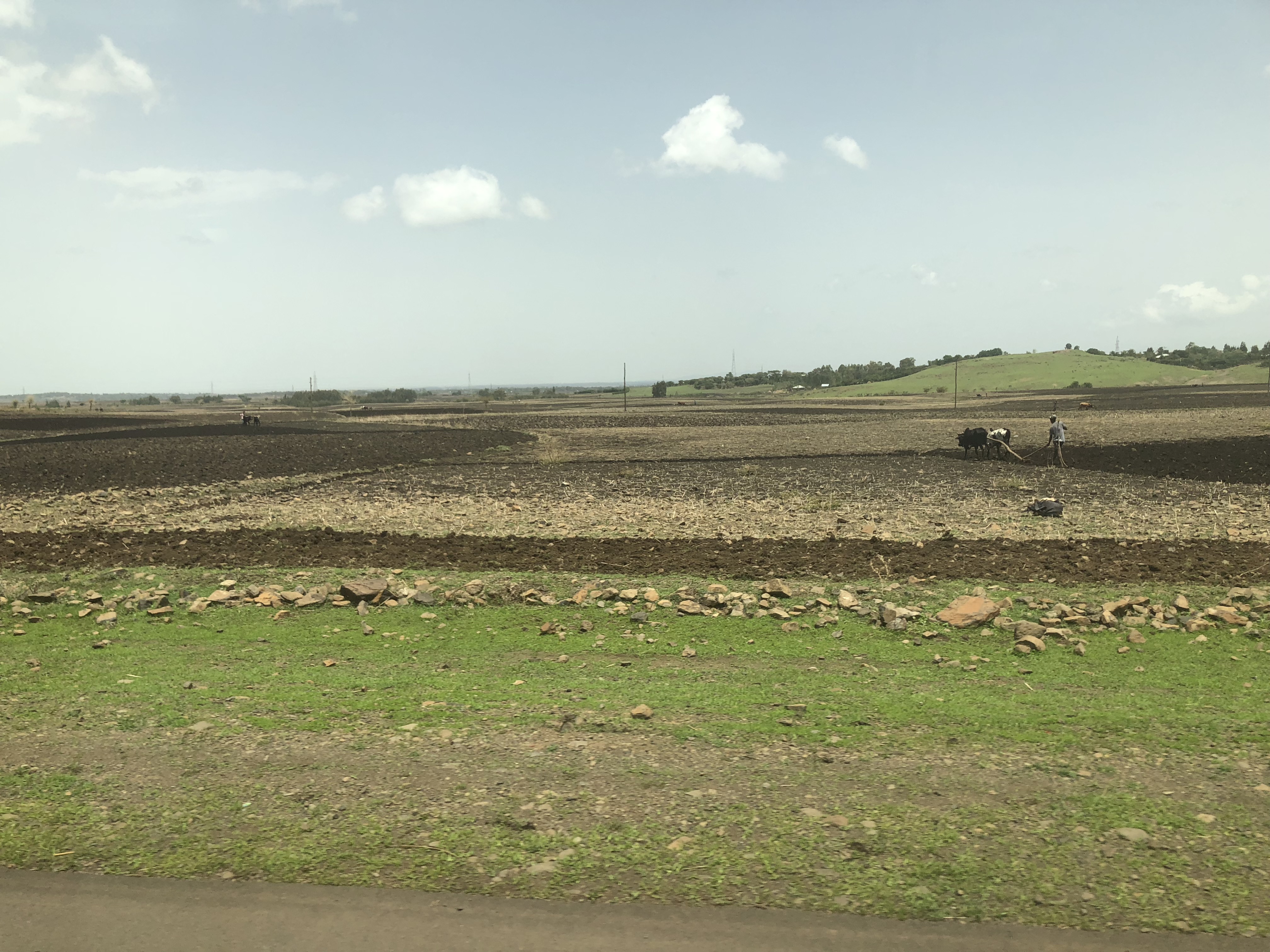 Men plowing the fields with oxen can be seen everywhere

The houses continue to be wooden in this part of the world. 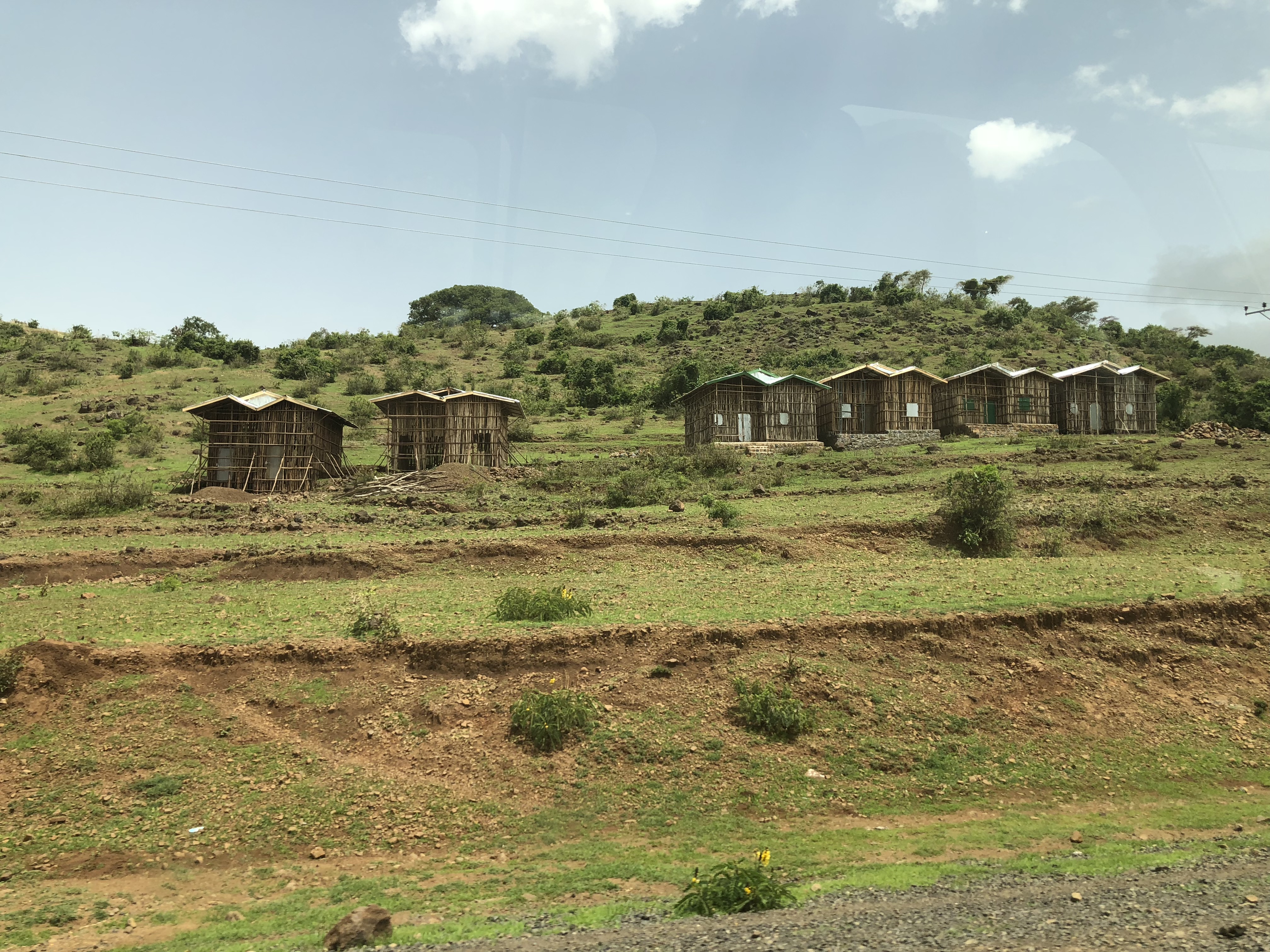 Here is the unpromising pathway to the Four Sisters Restaurant: 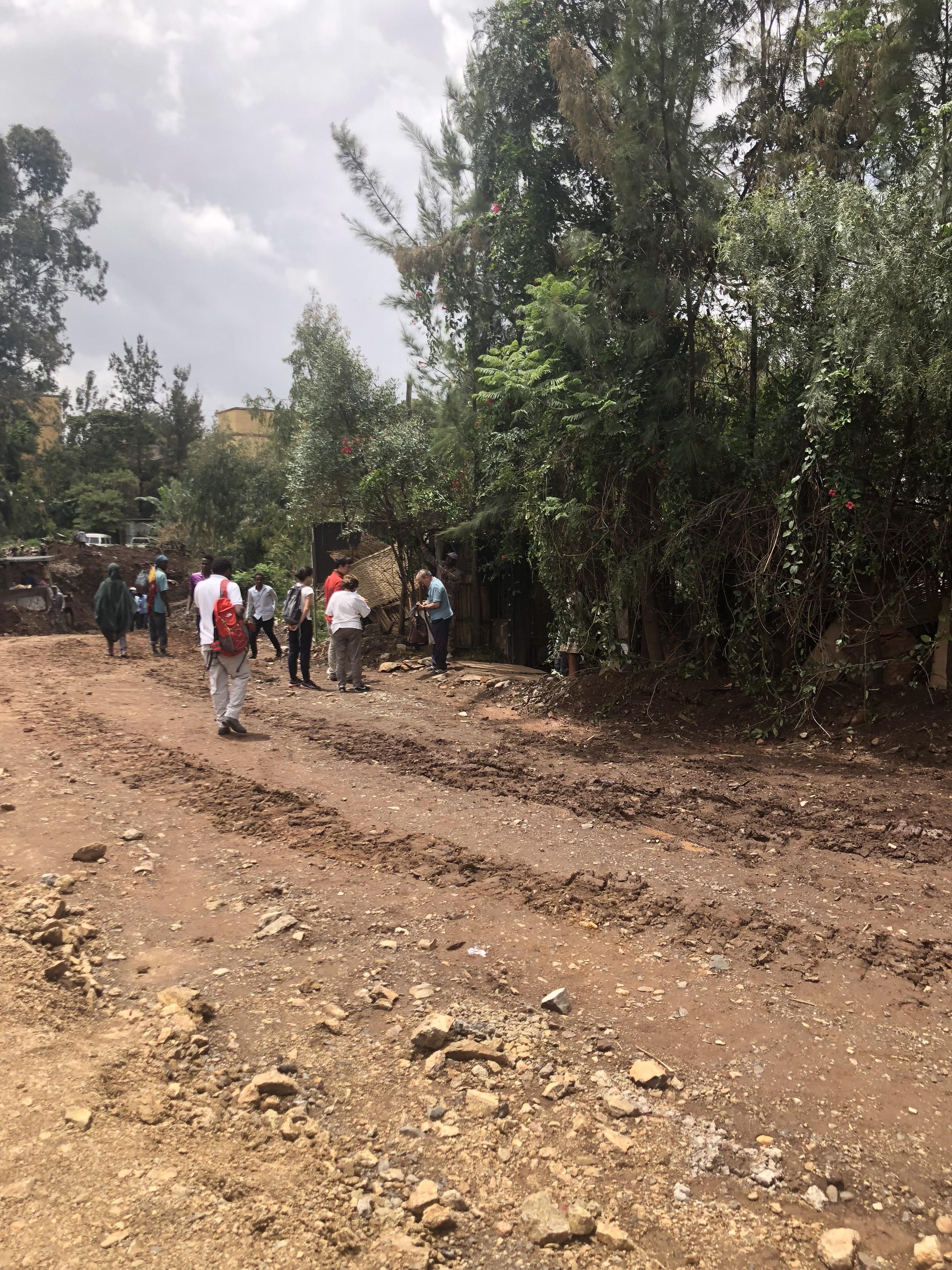 And here is the entrance to what turns out to be a very charming restaurant: 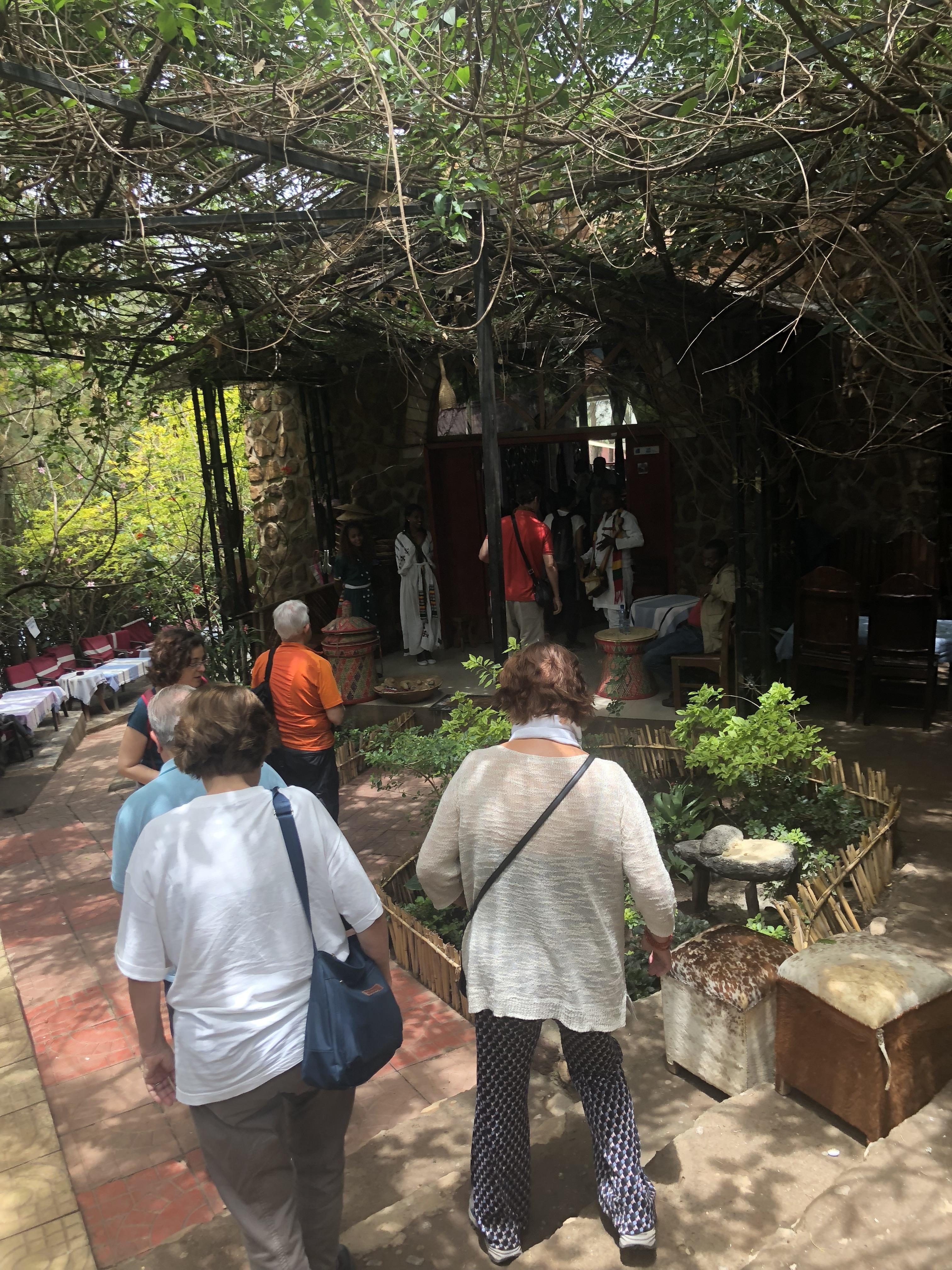 The fortress is a series of seven castles, built by the successive rulers. It’s a site of atmospheric ruins. Here’s a view: 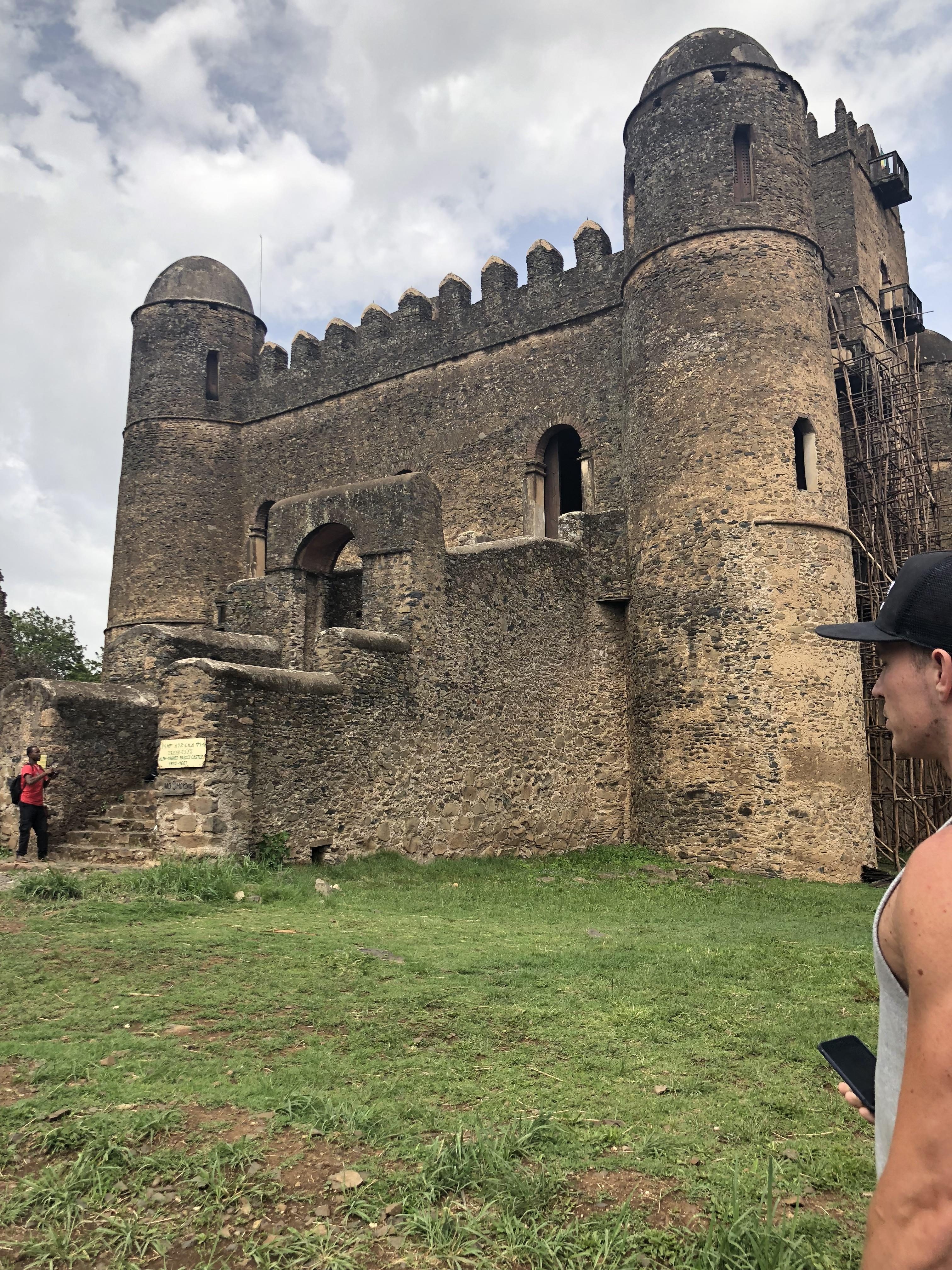 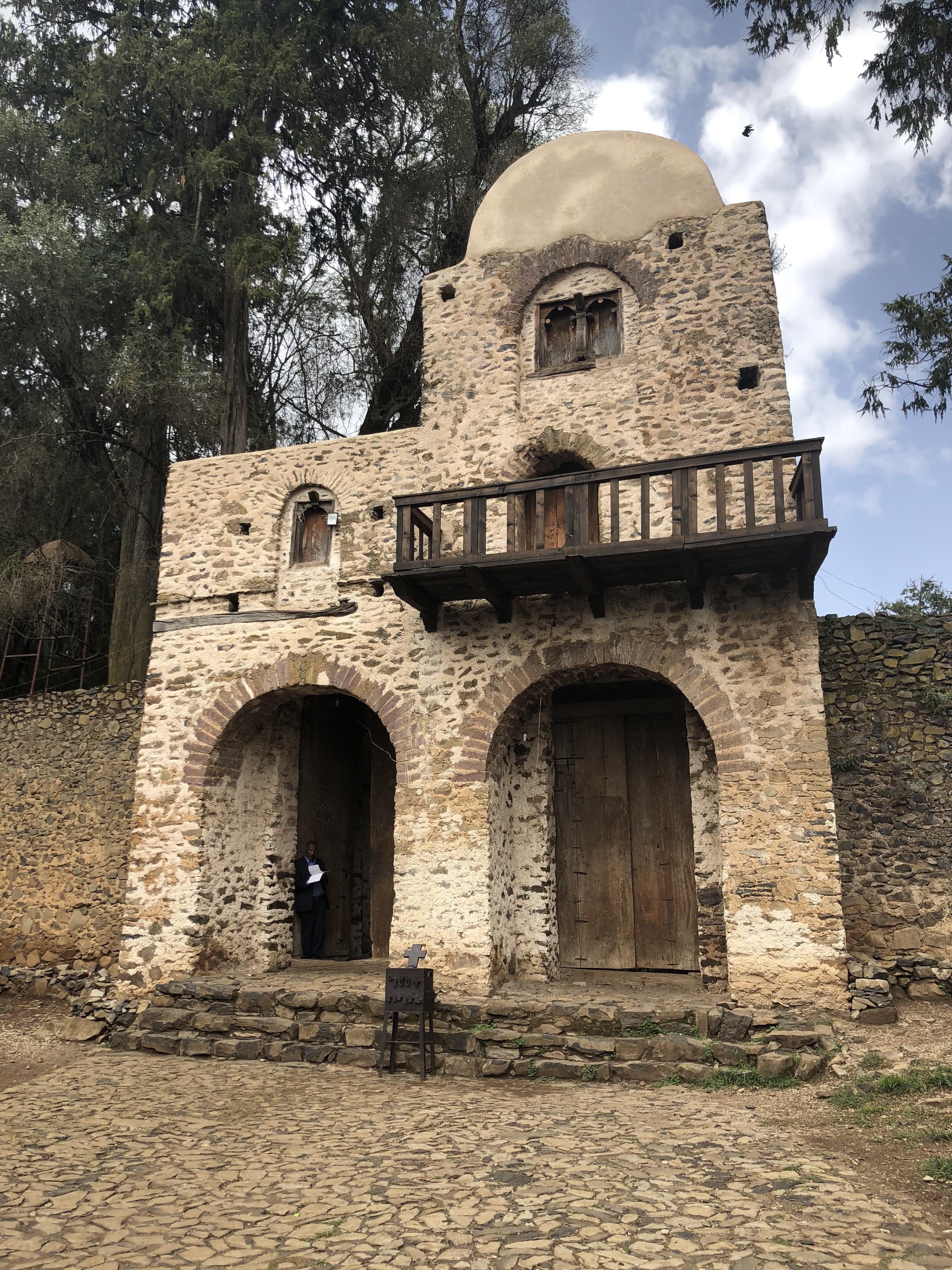 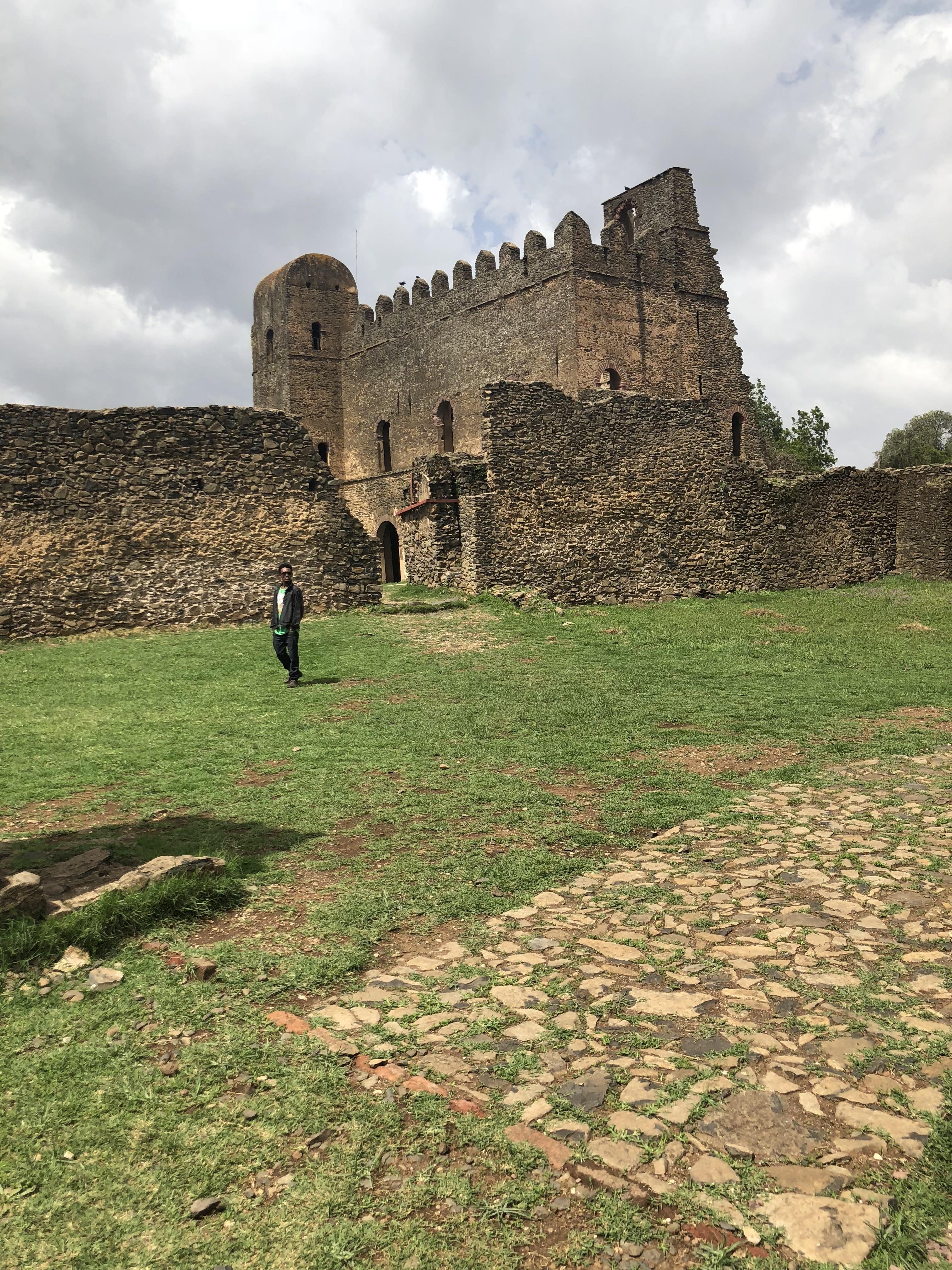 As I said in a previous post, the Star of David is a symbol of the Ethiopian kingdom which traces its lineage back to King Solomon. It is visible above the arch. 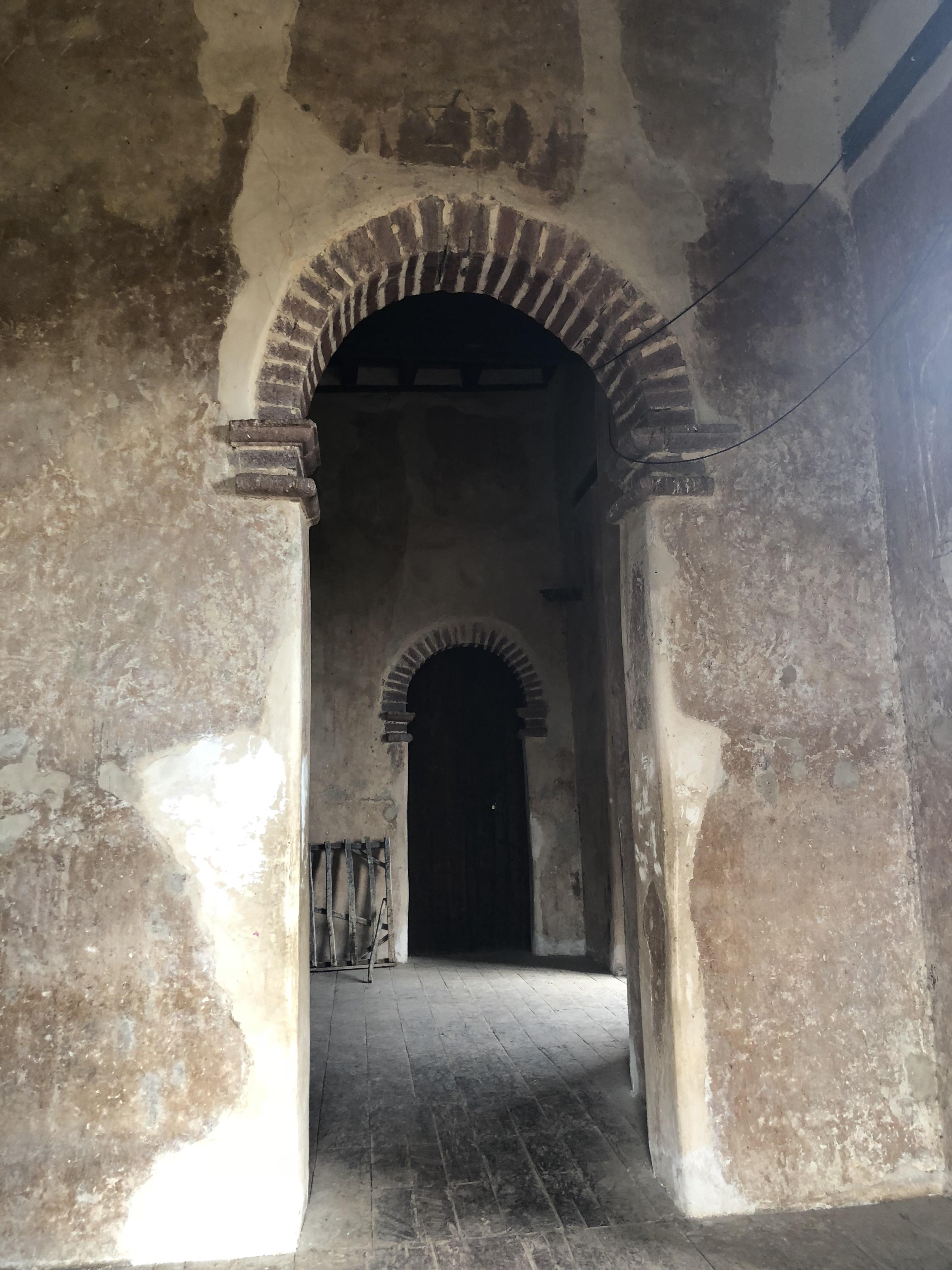 Then we went to the historical church: 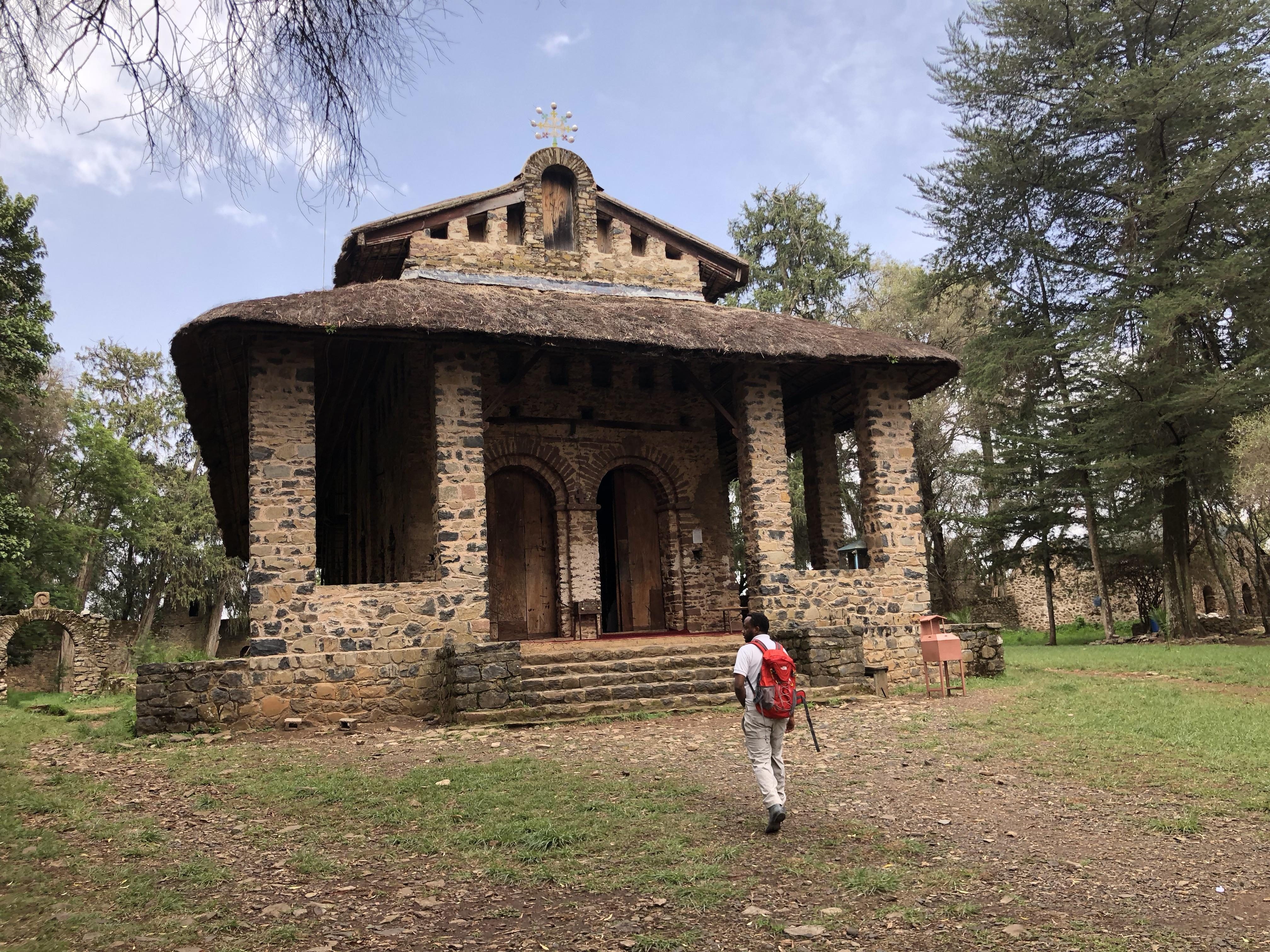 Note the seven ostrich eggs on the spire-thing. Still don’t understand where ostriches come into the picture

which is remarkable for its ceiling with angel’s eyes going in every direction so you are always being watched out for (benignly, I suppose, is the idea) 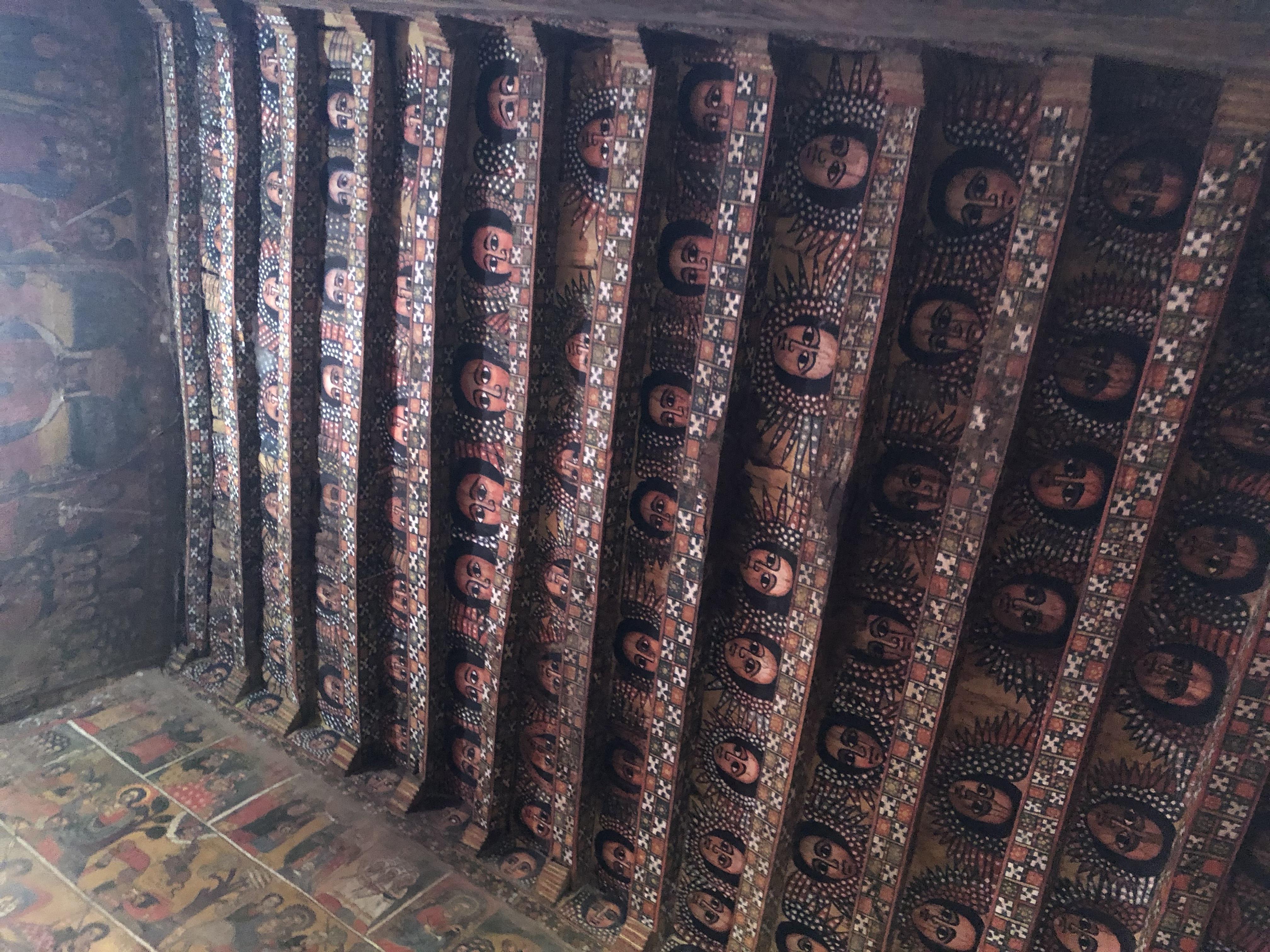 Then it was on to some king’s swimming pool (drained, obviously) 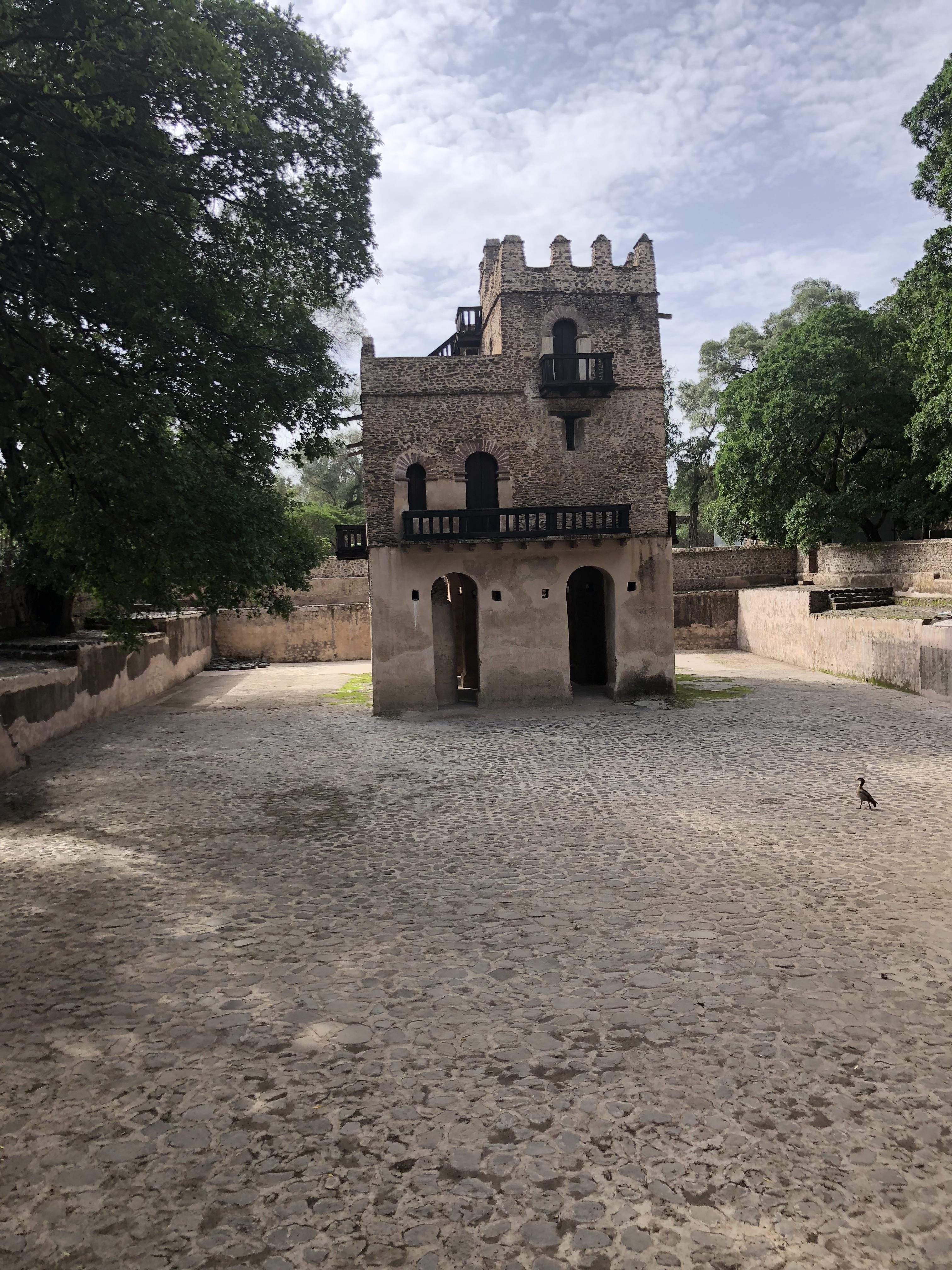 Then I come on this image of a banyan tree whose roots are entwined with one side of the pool: 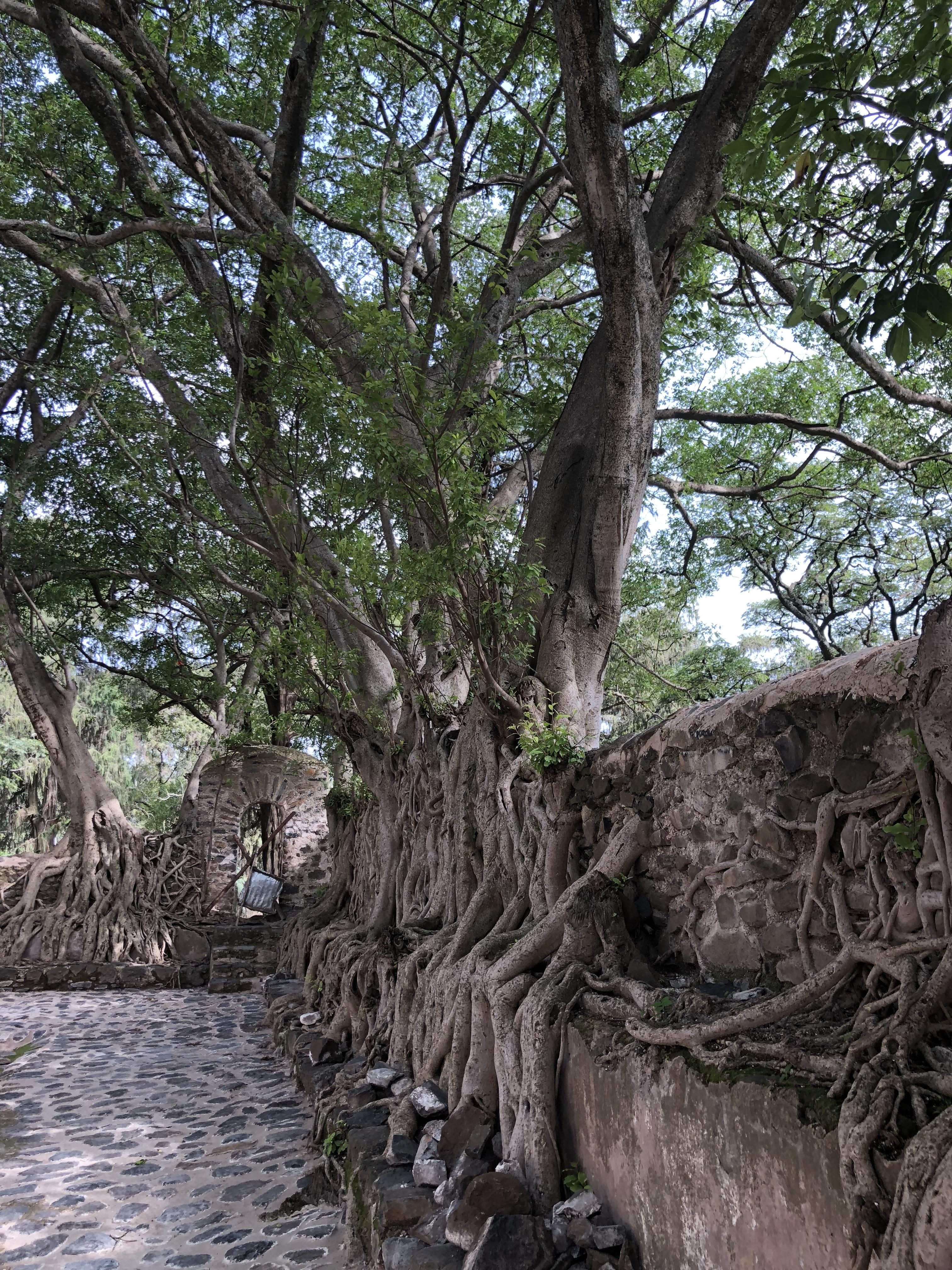 and I have to wonder, “Have I been too many places? This reminds me of Ta Prohm, Angkor Wat, Cambodia, where I saw the exact same thing.”

So now I know what banyan trees do with historical structures around the world. Very sculptural.

We stayed at the Goha Hotel. I liked the window screen in my room: 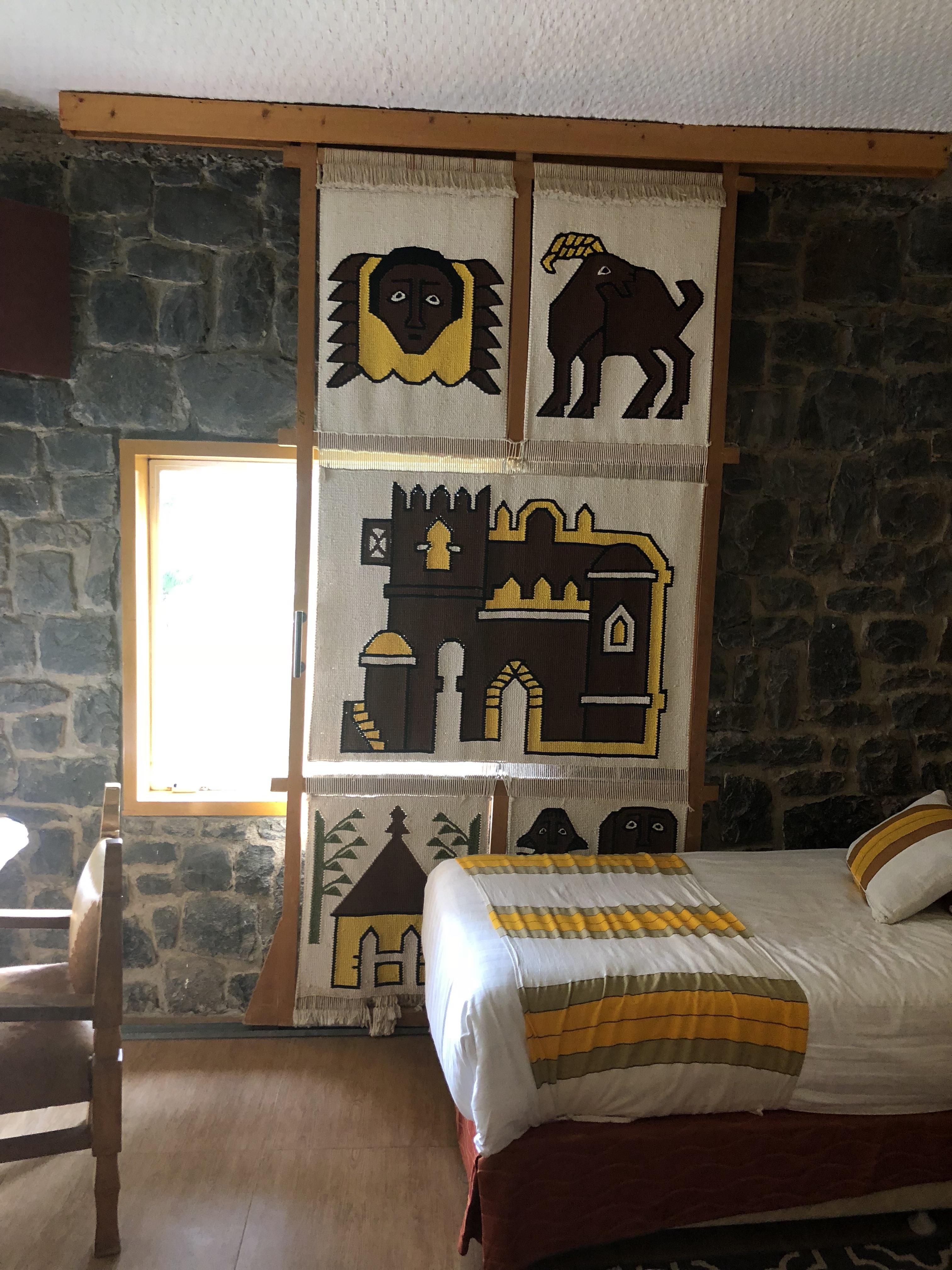 Gondar in specific, and Ethiopia in general, is nothing if not a visually variegated and stimulating experience. 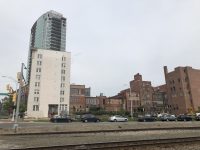