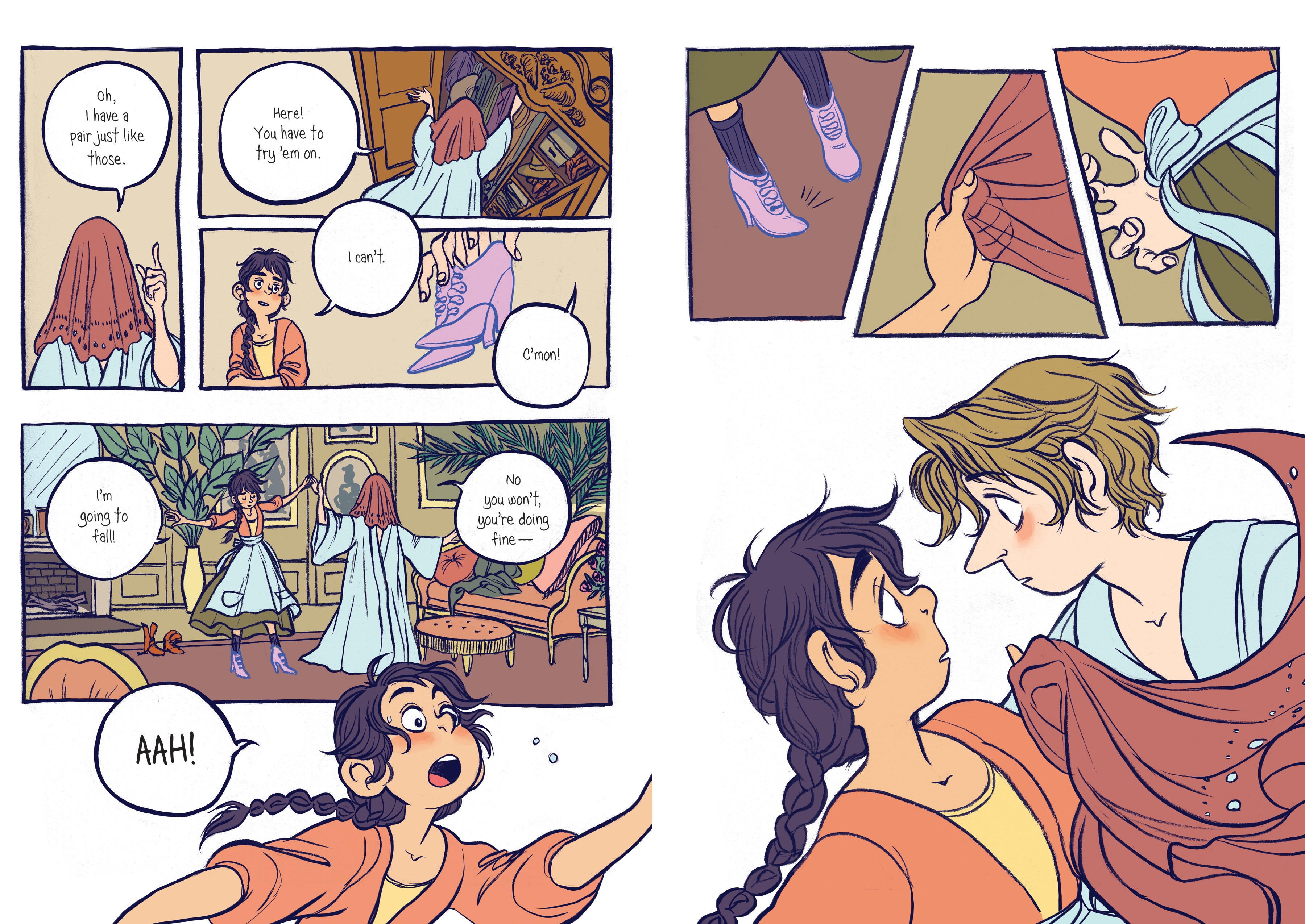 I don’t usually read graphic novels probably because so few of them involve romantic plots, but I did run across Jen Wang‘s The Prince and the Dressmaker (2018) because the New York Times crossword blogger I read, namely Rex Parker, recommended it as a romance. As it happened, one of her graphic novels led to another.

Graphic Novels #1: The Prince and the Dressmaker

Here’s the artist with her cover: 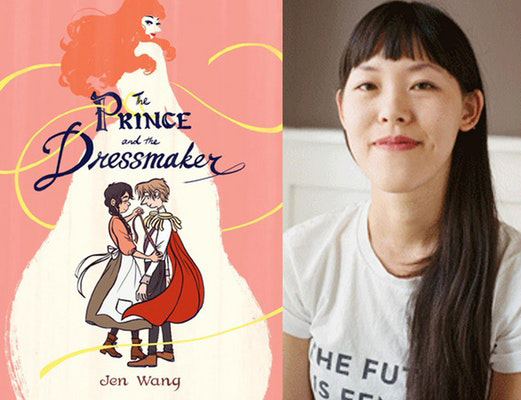 The dressmaker’s name is Frances. The prince is Sebastian. They are standing in the voluminous folds of the dress of the larger figure depicted, namely Lady Crystallia. I don’t think it’s a spoiler to say that Lady Crystallia is the cross-dressing prince, thereby making this story gender fluid. 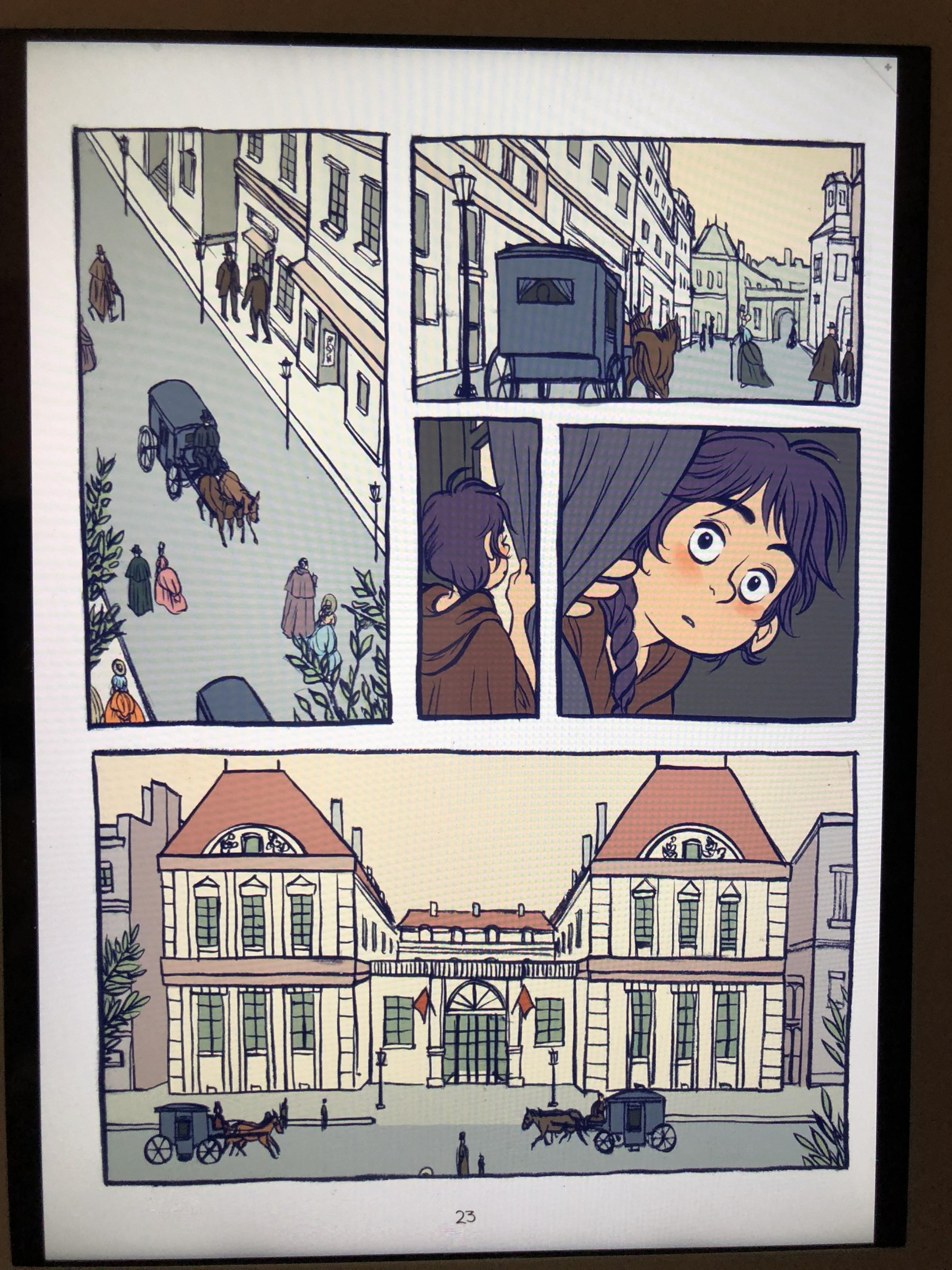 Sebastian’s father, the King of Belgium, is a real he-man. Sebastian is not, but the question of his sexuality is not at issue. His gender identity is. He finds strength and self-fulfillment in his feminine side, saying at one point,”It’s weird. I don’t feel like Prince Sebastian could lead a nation into battle, but Lady Crystallia could.”

Frances unleashes the prince’s inner woman in the first dress she makes for him for his first appearance in public as Lady Cyrstallia. 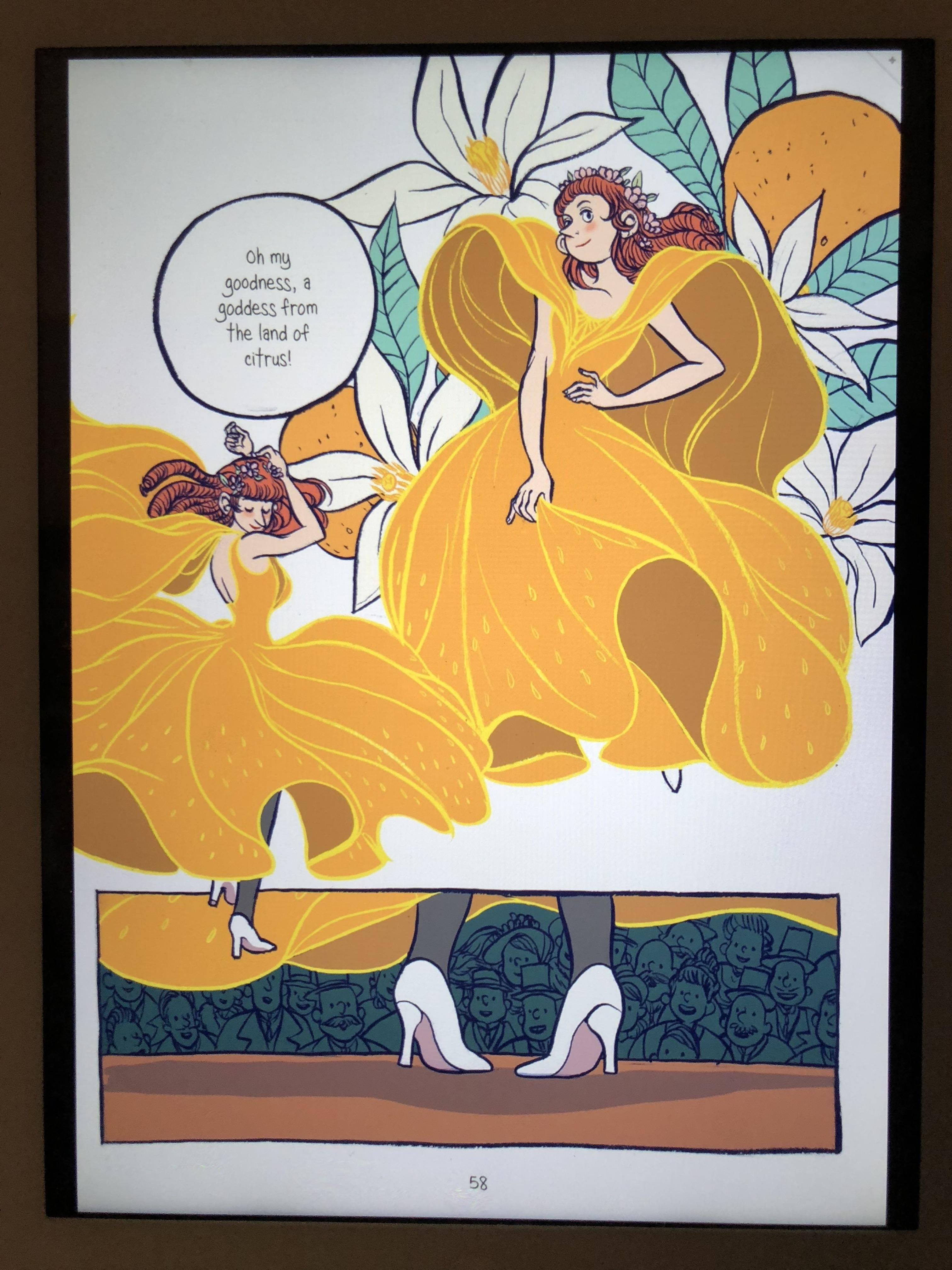 He enters a beauty contest and wins the title of Lady Marmalade.

I won’t tell any more of the story, However I will make three comments about it:

First, I’m a writer so I love words. This story is low on them and high on images, which is only to be expected. Although I love Wang’s style, I probably still prefer words or at least captioned images to wordless images. However, the following wordless sequence of night-to-day, while Sebastian is holding vigil outside his sick father’s bedroom, gave me a lift of delight: 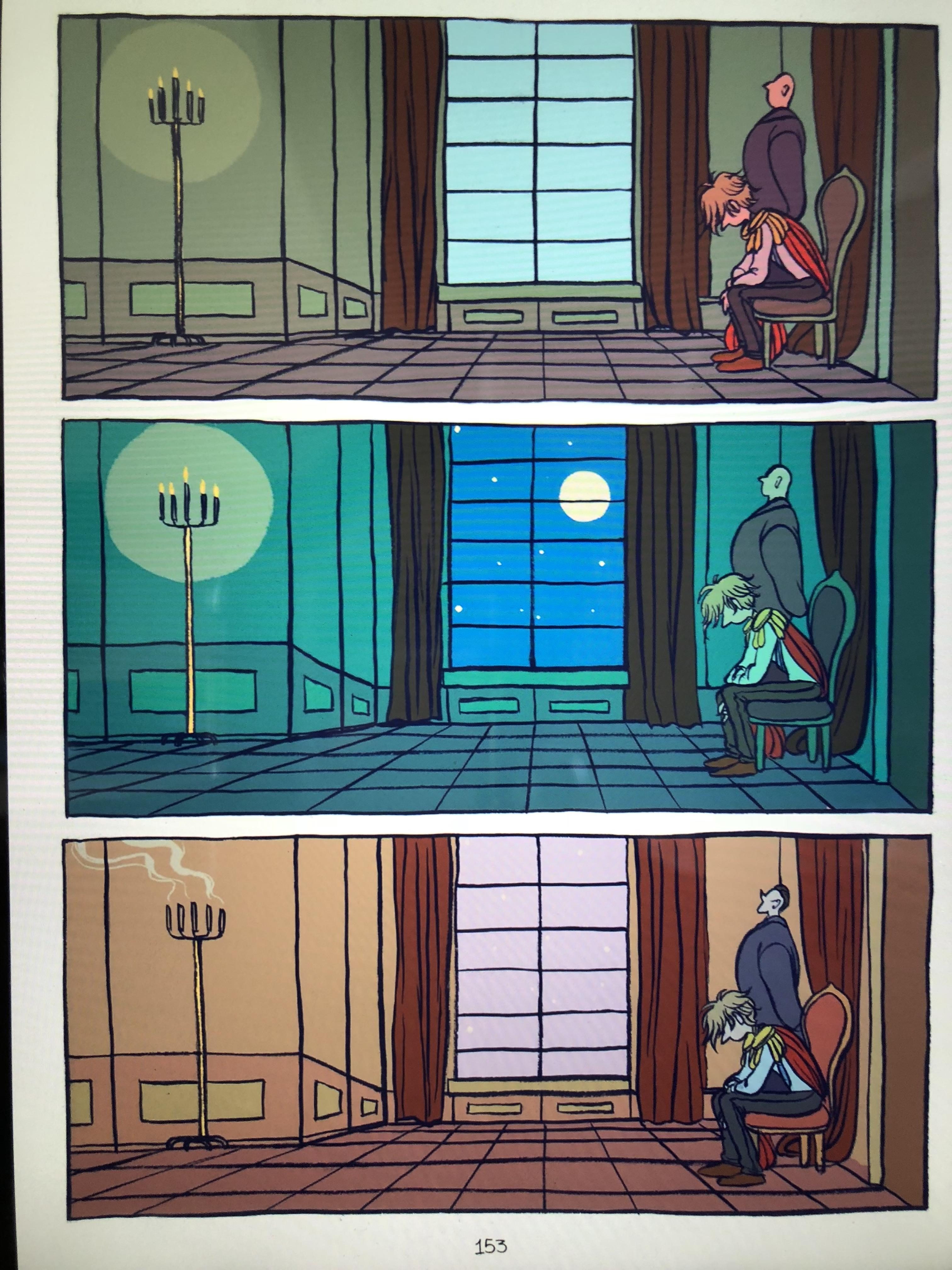 Second, I loved, loved, loved the section at the end where Wang describes and depicts her process! It was wonderful to see her sketches take shape. Also, she originally considered her characters as adults, which I thought was interesting but then decided on teenagers so “everything was heightened; the protagonists were discovering things about themselves for the first time, which made it more innocent and emotional.”

Here’s her sketch of an older Sebastian compared to the younger: 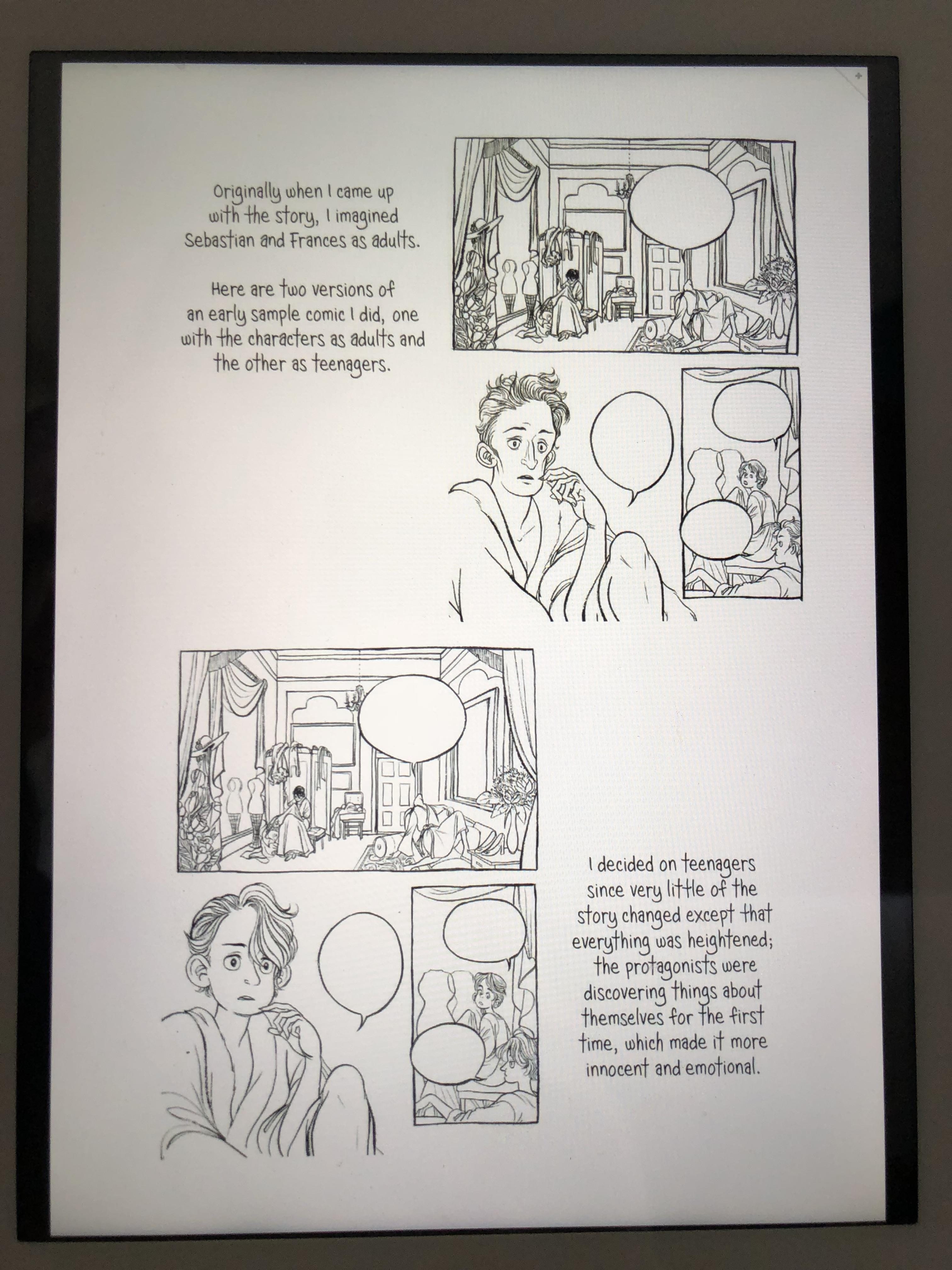 Third, I liked it well enough to buy another story she illustrated.

The In Real Life (2014) story is by Cory Doctorow, and the images are by Jen Wang. 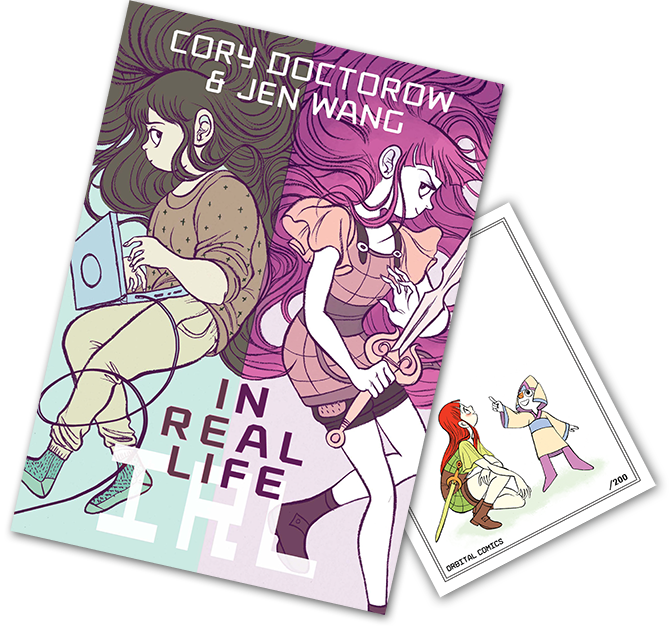 On the left is Anda on her computer, playing Coarsegold Online, an MMO (massively multiplayer online game). On the right is her avatar. The image pulled out from the book is Anda’s avatar talking to a gold farmer she is supposed to kill but instead befriends.

I’m not into gaming, so I appreciated Doctorow’s Introduction where he explains the relationship between economics and games. He writes, “Working together is the secret origin story of our species” and notes that human society is built around a division of labor: you find the good berries, I’ll hunt the game, and someone else will make dinner.

He then points out that “the games we play with people all tickle this organizing mechanism.” When you’re playing an MMO the game isn’t just about accomplishing a goal, like ‘kill the boss.’ The trick is figuring out how to convince fellow players to work with you so you can raid together and, ideally, mass raid to accomplish your goal.

Anda discovers that the MMO gamespace in the story has become the workspace for hundred of thousands of so-called gold farmers. Their job is to undertake the hard labor of producing virtual wealth that is then sold to other players with more more money and less patience. I won’t spoil what Anda does in response to her discovery, but I can say that she learns some In Real Life lessons.

The images are a treat. 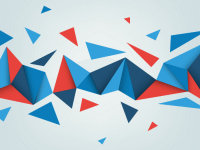 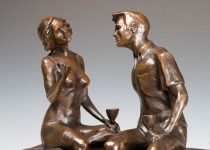