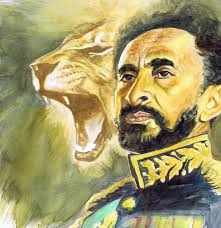 This blog on Haile Selassie was first posted on June 29, 2018. During the pandemic I am reposting blogs that have more relevance now than when they were first posted. If you read to the end, you will see that the blog now serves as a tribute to Chadwick Boseman.

We landed in Addis Ababa, Ethiopia and got a taxi to our hotel. Hardly ten minutes into the ride the taxi driver mentioned the name Haile Selassie. Of course I knew who he was. But I had underestimated his importance in Ethiopian, African and, indeed, world history.

A few days in Ethiopia corrected my mistake.

Haile Selassie (1892-1975) was Regent (1916-1930) and then Emperor (1930-1974) of Ethiopia. His lineage extends back 3000 years to the legendary union of King Solomon and the Queen of Sheba. Thus he aligned with the ancient Kingdom of Judah whose symbol is the lion, figured in the title image. The Star of David is also a symbol in prominent use by those who belong to this line.

Ethiopia accepted Christianity in the 4th century AD. And Haile Selassie, like most of his countrymen, was Ethiopian Orthodox Christian.

Haile Selassie had an internationalist view of the world. Ethiopia was a charter member of the United Nations in 1945. President Kennedy held a state dinner for him in 1963. He was also the chair of the Organization of African Unity on various occasions in the 1960s. (The organization came into existence in 1963 and ceased operation in 2002.)

He has three realms of influence.

Haile Selassie was his baptism name and means ‘Power of Trinity.’ His birth name was Tafari Mekonnen.

His first realm of influence is Rastafarianism.

In the 1930s the religious movement known as Rastafarianism started in Jamaica. It holds that Emperor Haile Selassie is the Messiah. It identifies black people as the chosen ones who will eventually return to their African homeland.

Speaking of Bob Marley, here’s an image of him I saw on a three-wheeler, known as a tuk-tuk. It was parked outside an historic church in Gondar, Ethiopia: 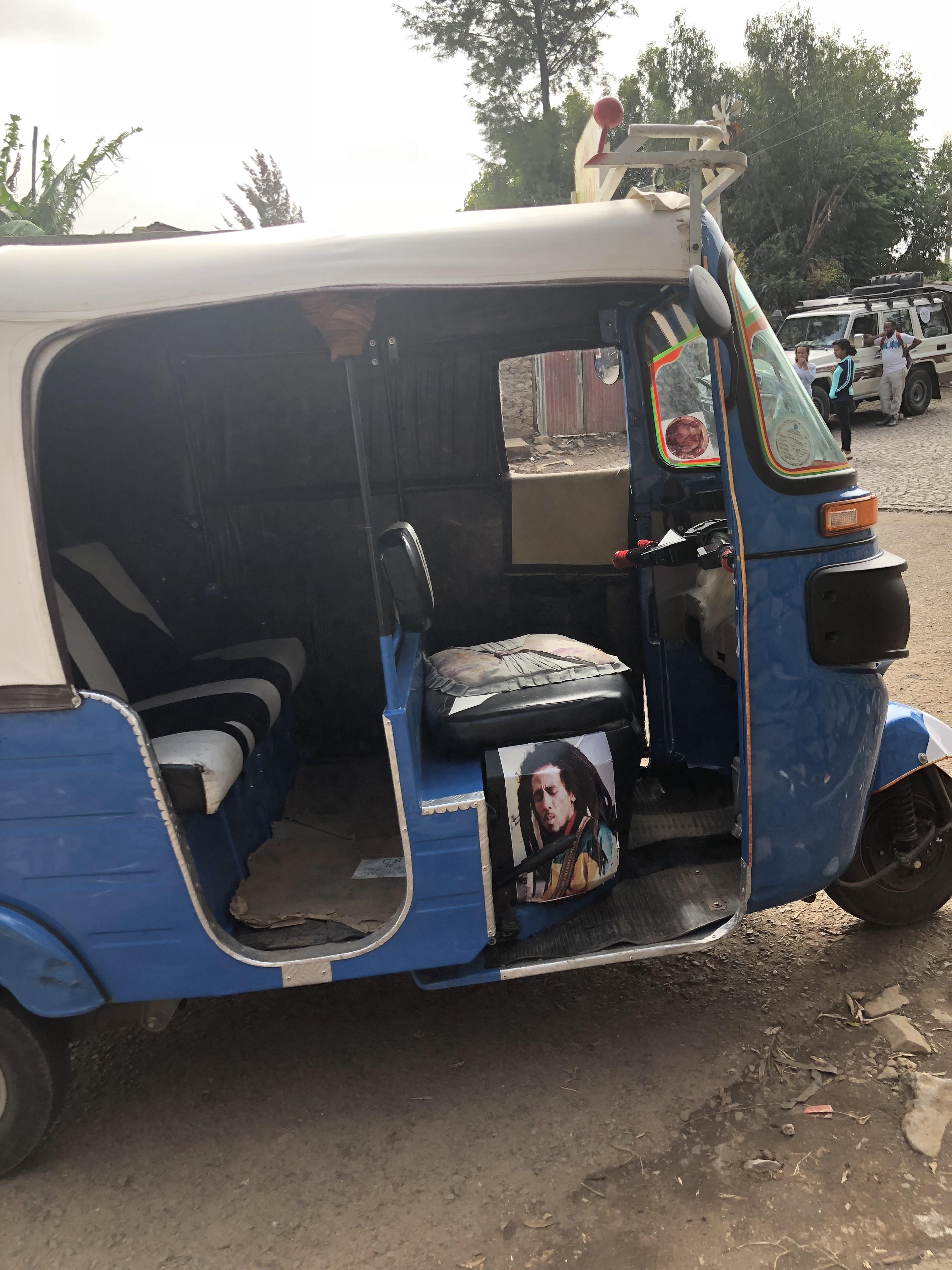 We learned that the tuk-tuk has the nickname Blue Ebola because so many people are injured by them.

Selassie’s second realm of influence is in the color scheme of African flags. 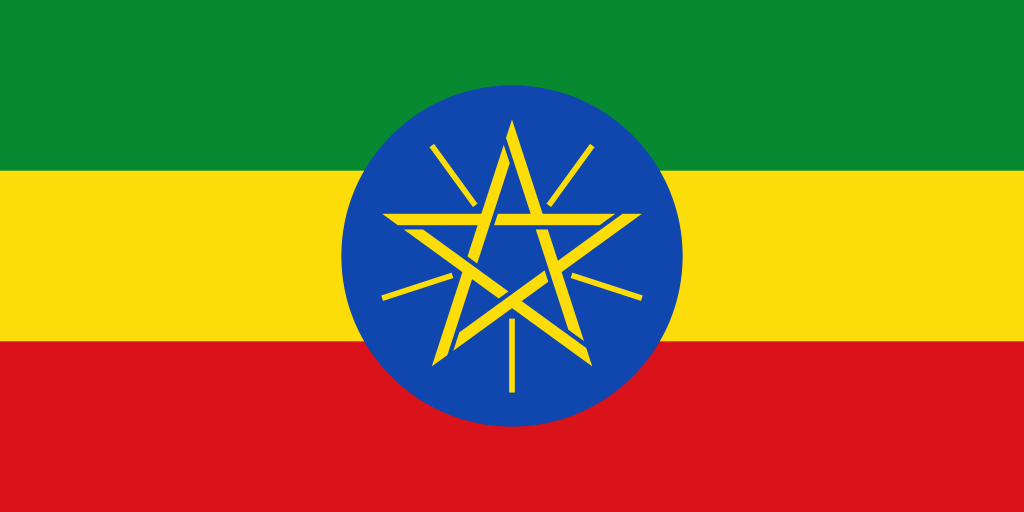 A version of this flag has been in existence for over 150 years. And in any of its incarnations the green, gold and red bands have been the constant.

Green symbolizes the land and development.

Gold symbolizes the sun and peace.

Ethiopia was never colonized and was always an independent kingdom Thus, other African countries who gained independence from their colonizers after World War II followed Ethiopia’s lead. They fashioned flags of green, gold and red.

In fact, 14 nations follow the color scheme, one of which is Cameroon: 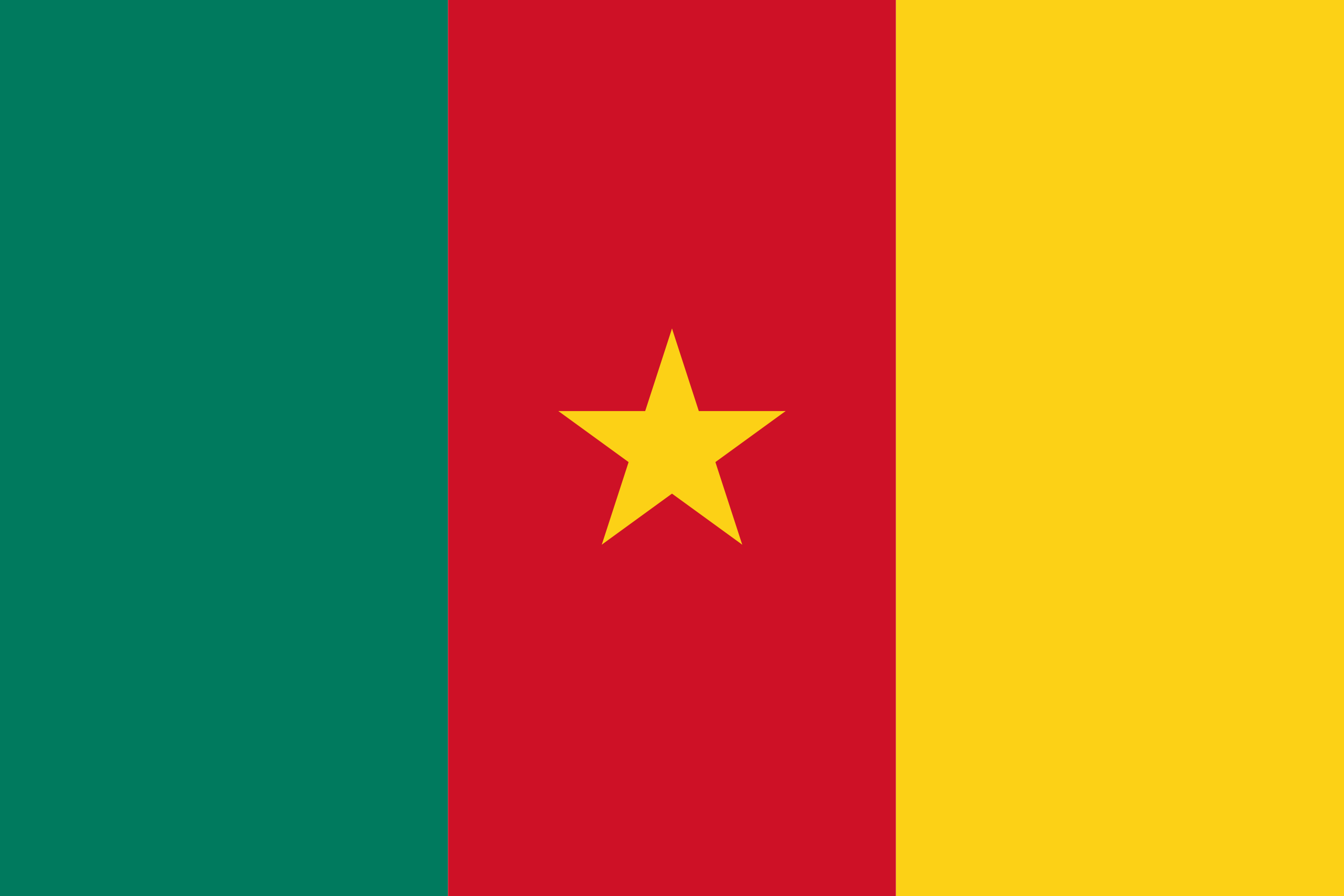 The Rastafarian flag follows suit and includes the lion of Judah: 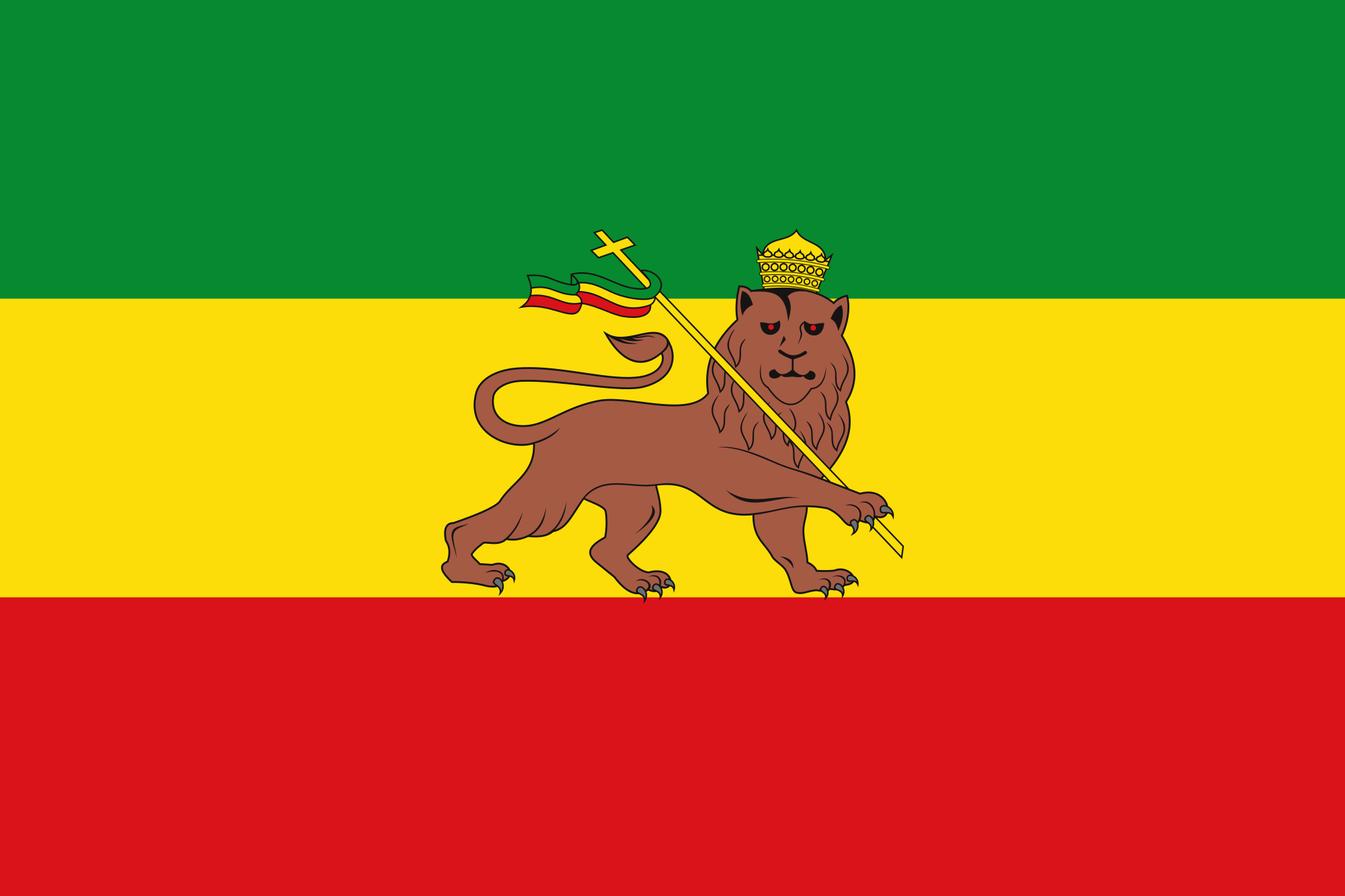 And let’s not forget the flag of the Black Power movement in the United States in the 1960s: 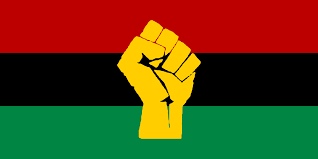 This flag could appear with or without the gold fist, The black band symbolizes skin color.

This flag was also used by the Black Panther Party founded by Bobby Seale and Huey Newton in 1966. 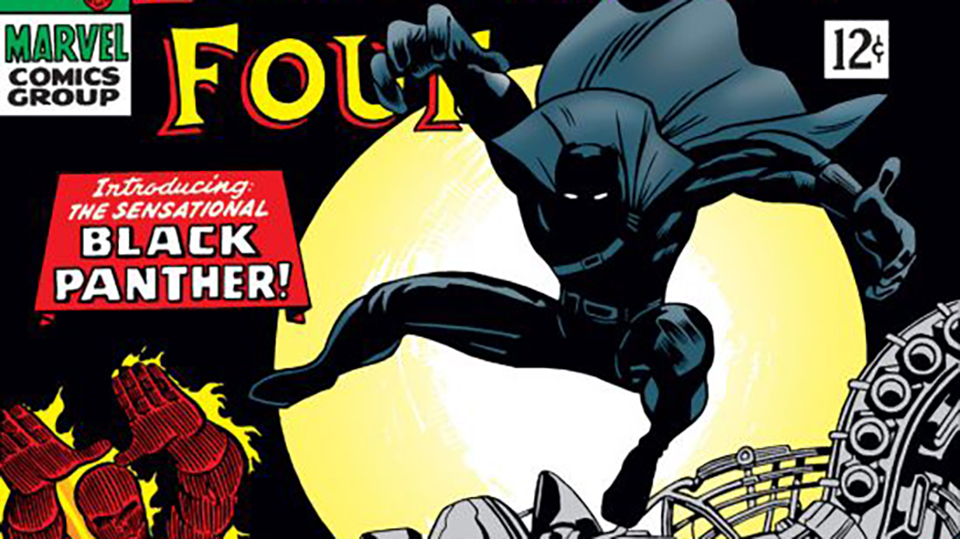 In the Marvel comics series his real name is T’Challah. Our guide in Ethiopia, Elias, informed us that the name means ‘Victorious’ in Oromeana, an Ethiopian language. Elias also informed us that black panthers exist only in the forests of Ethiopia.

Note: The African language used in the movie is Xhosa, a Bantu language spoken in South Africa. So the movie took a Pan-African approach.

Elias also pointed out that the religious garb the Black Panther, Chadwick Boseman, wore on the Red Carpet is distinctly Ethiopian. Note the Christian crosses: 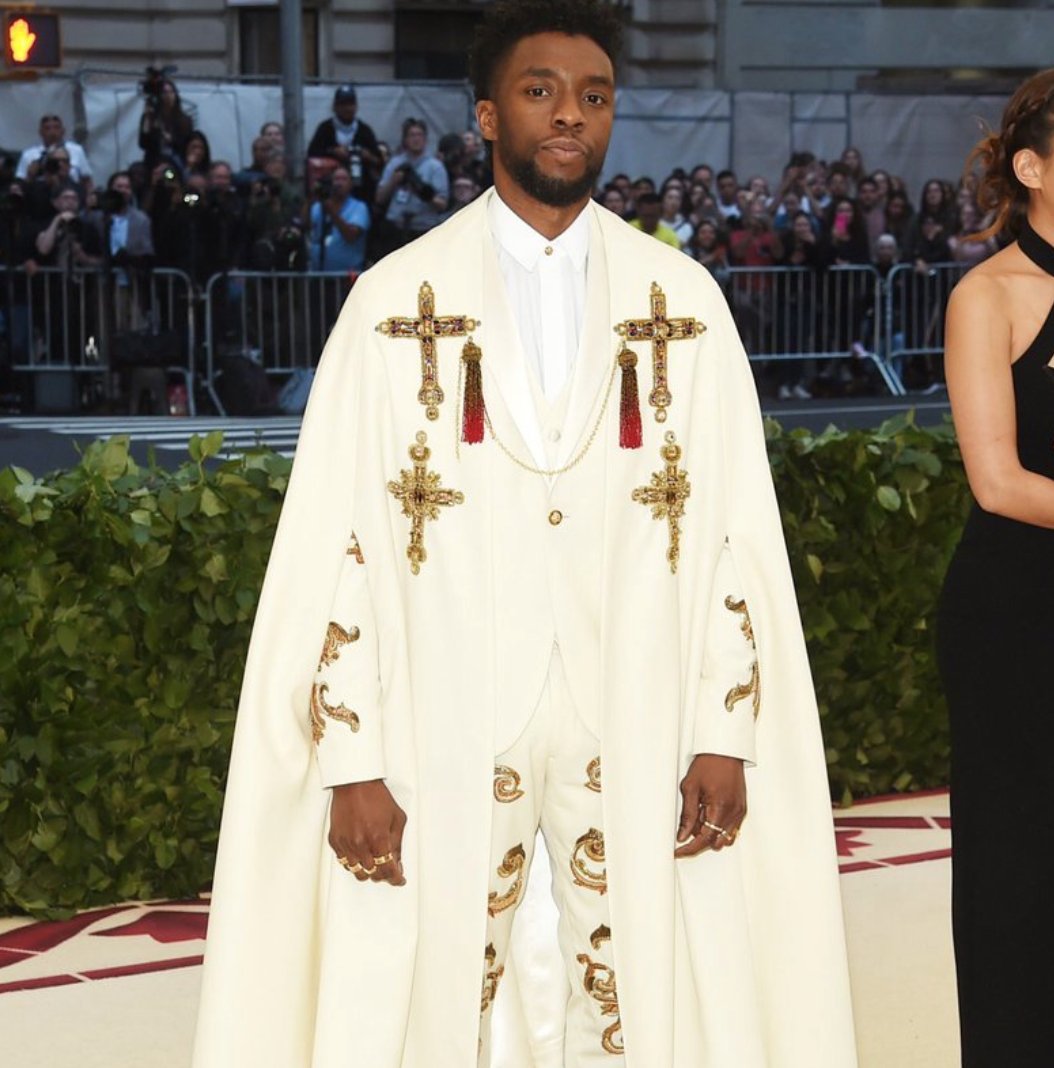 In other words, the fictional Wakanda is a stand-in for Ethiopia. Stan Lee created the series in the 1960s at the height of Haile Selassie’s power. So, Selassie’s third realm of influence is in serving as a model for an enduring fictional character and universe.

Elias assured us that he and all other Ethiopians he knew loved the movie.

August 29, 2020: We mourn the loss of Chadwick Boseman. We celebrate his portrayal of the Black Panther.

Views of Durham: High and Low