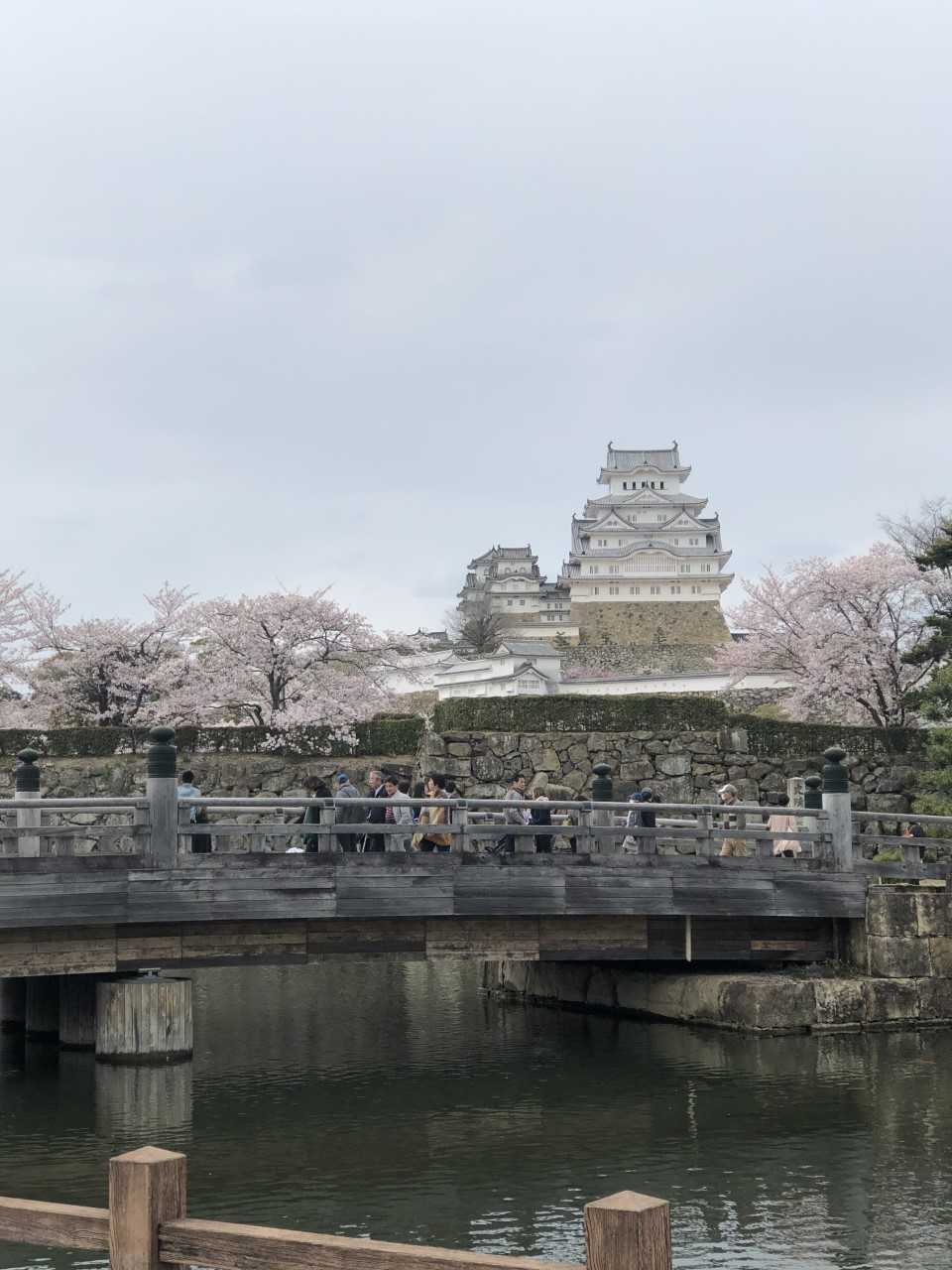 I arrived in the Osaka area of Japan (specifically: Nishinomiya) late Thursday evening. The first thing we did on Friday was to travel west for an outing at Himeji Castle (hime = ‘princess’ + ji ‘road’). It’s the only original castle – do I have this right? – in Japan that has not been somehow destroyed and completely rebuilt. So, it’s authentic. (It has understandably undergone some restoration.)

Another name for it is Hakuro-jo ‘White Heron Castle,’ because it resembles a white heron taking flight. It took 250 years to build and was finished in the early 17th century.

A key word to know in Japanese: sakura ‘cherry blossom.’

It’s mid-April, full cherry blossom season, so you are going to see a lot of them in this blog and the next. I hit the season at its peak.

So, which image of Himeji to use as the title image? 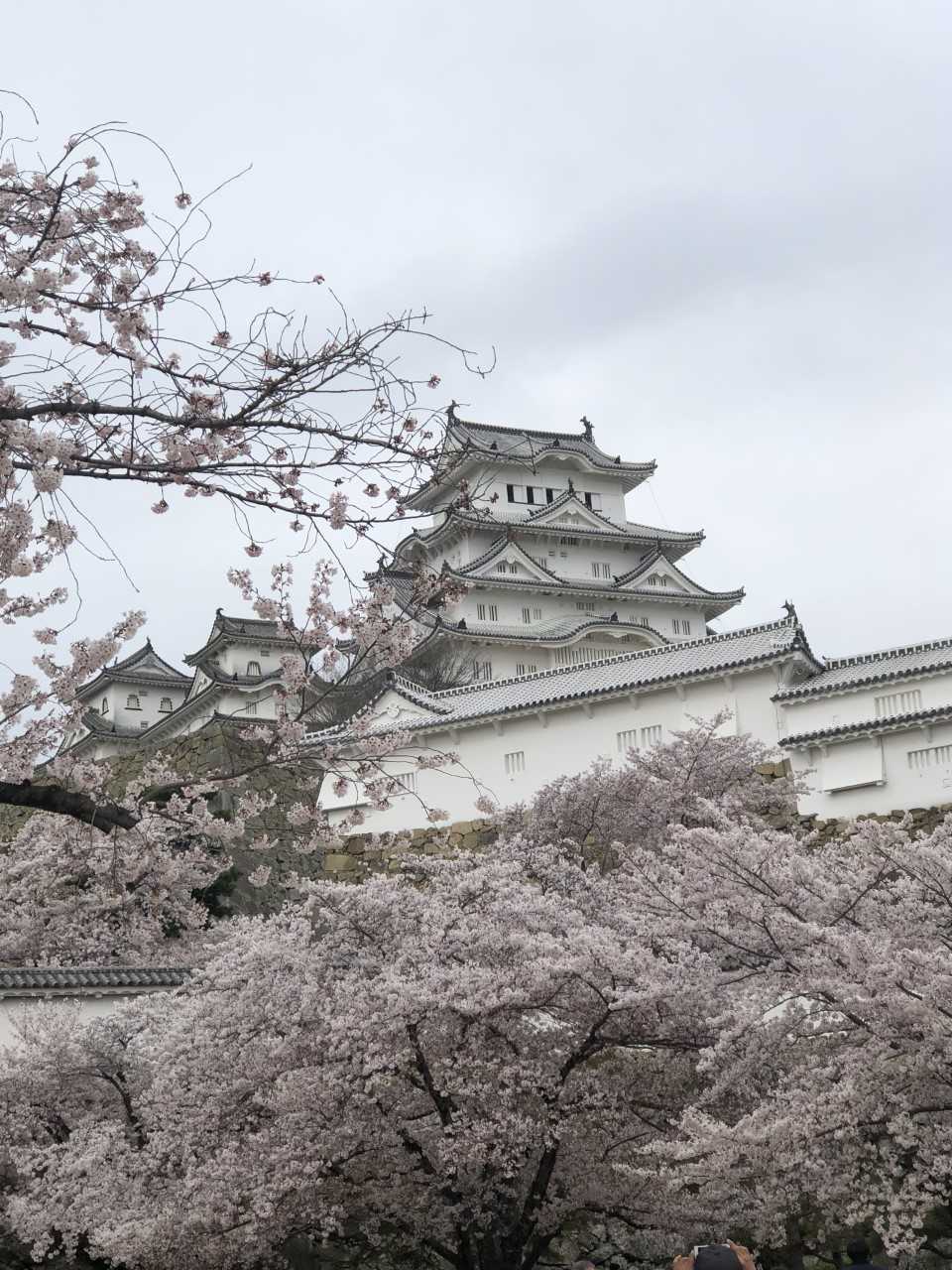 Himeji floating on a fluffy cloud of sakura 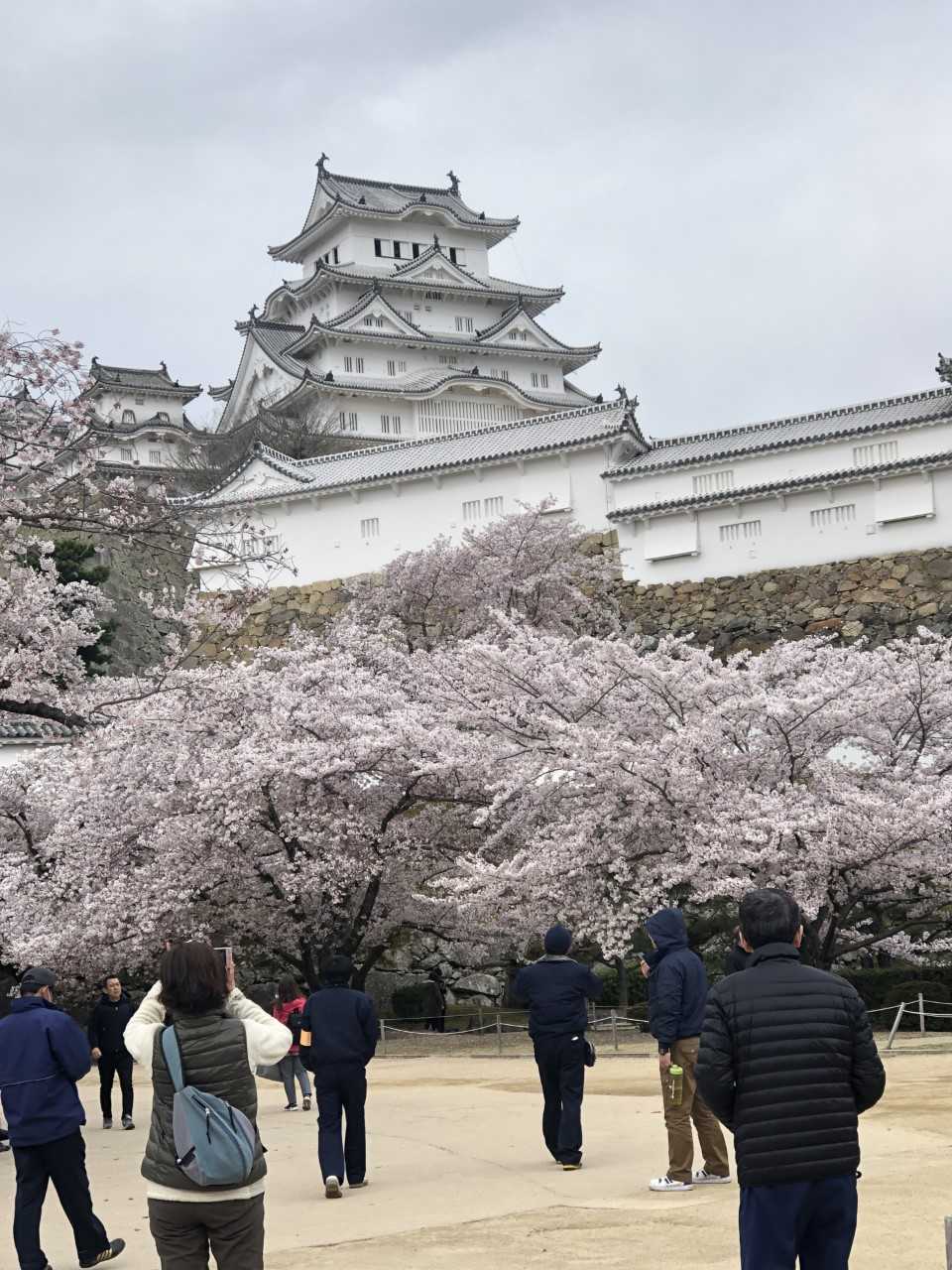 The people add a sense of reverence

I could only choose one! So, as you’ve seen, I chose the image with the most varied layers: foreground with moat, bridge, people and wall; middeground with sakura and castle, and background with sky.

You enter through an impressive gate. 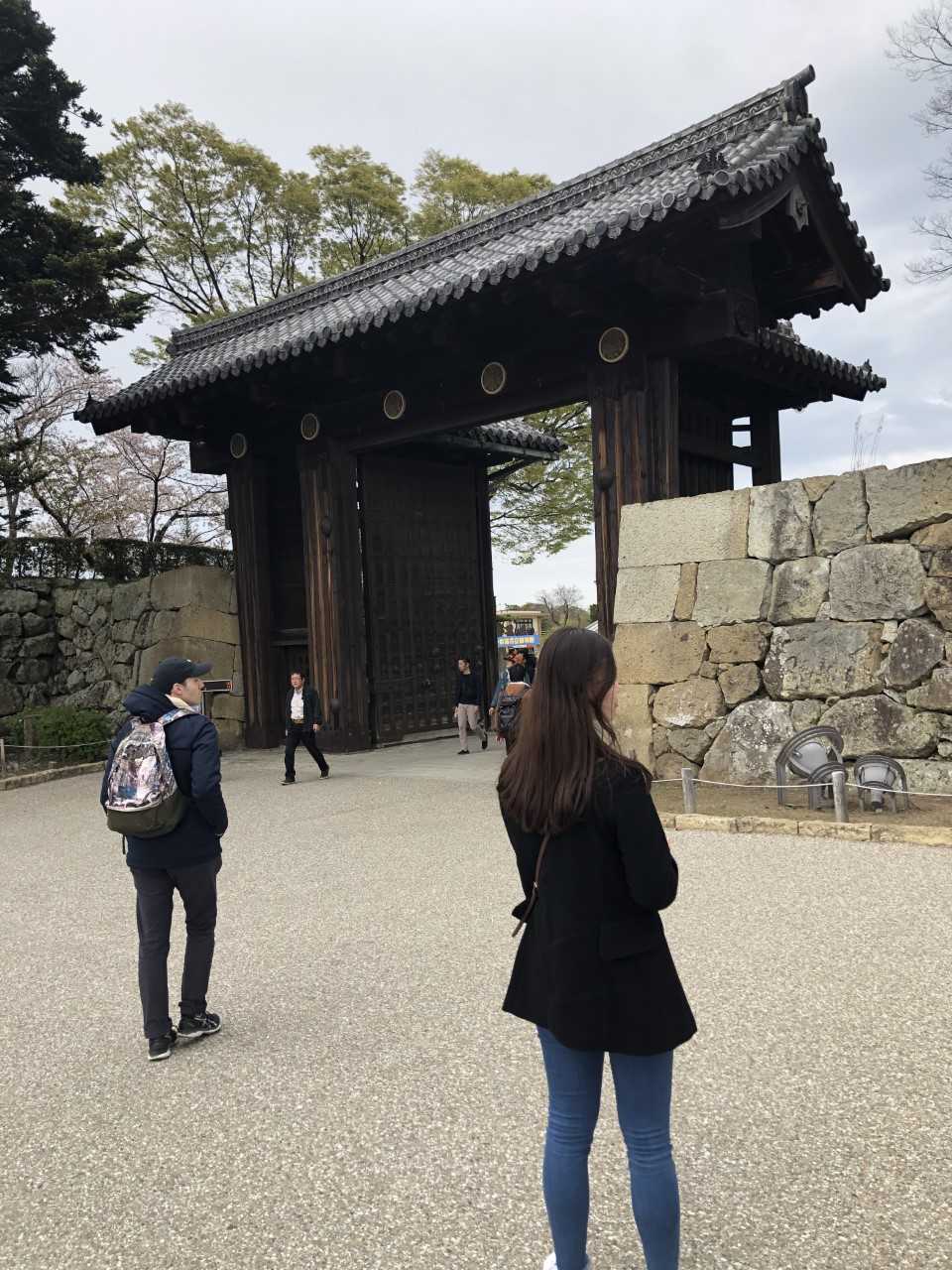 My son, Gerard, is wearing a backpack. Rimi has her back to me, reading something that I cannot, namely because it’s in Japanese

You encounter an impressive rock. 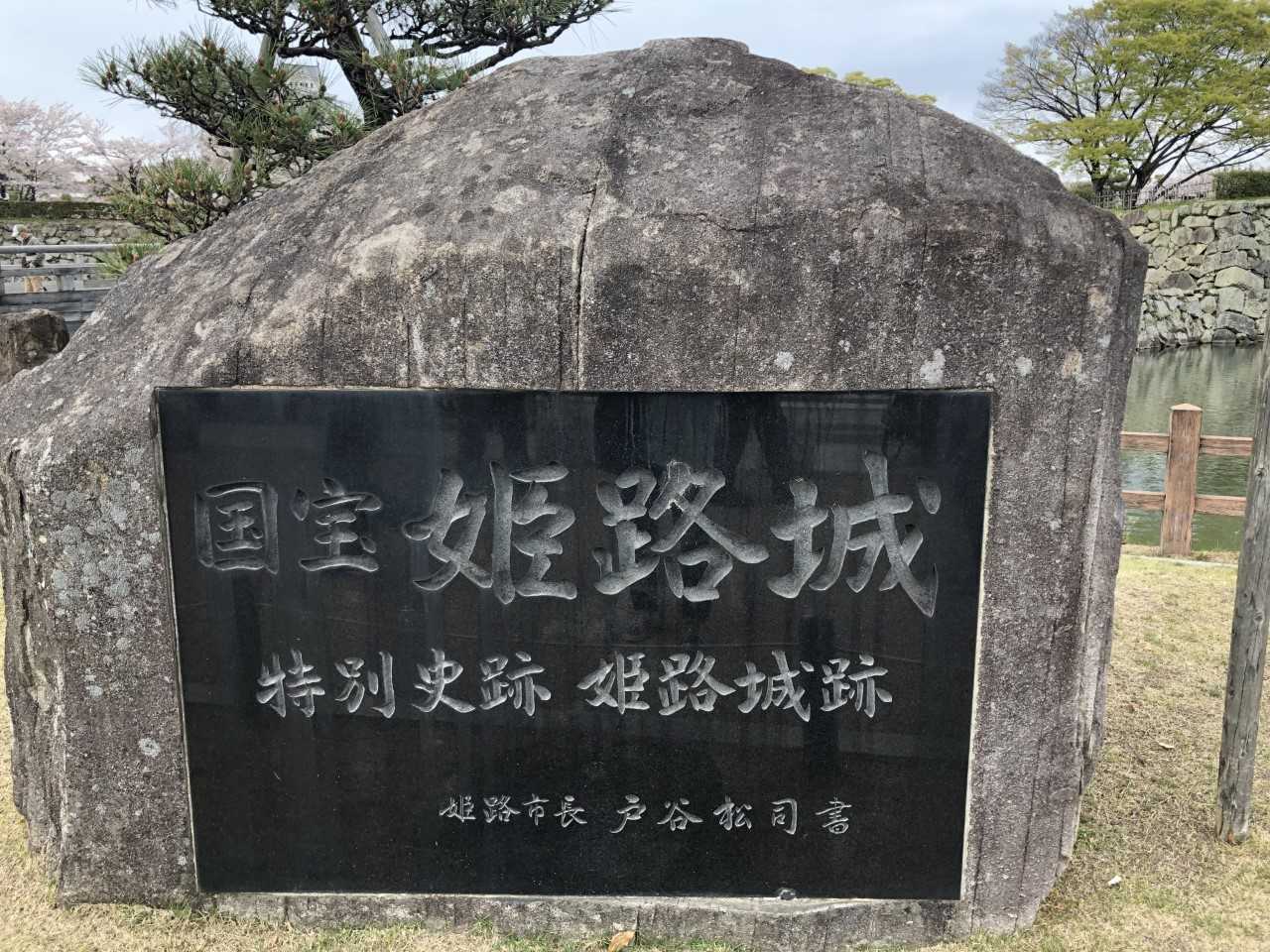 Gonna take a stab: it says something about Himeji Castle

Okay, everything about this castle and the grounds are impressive and from every angle: 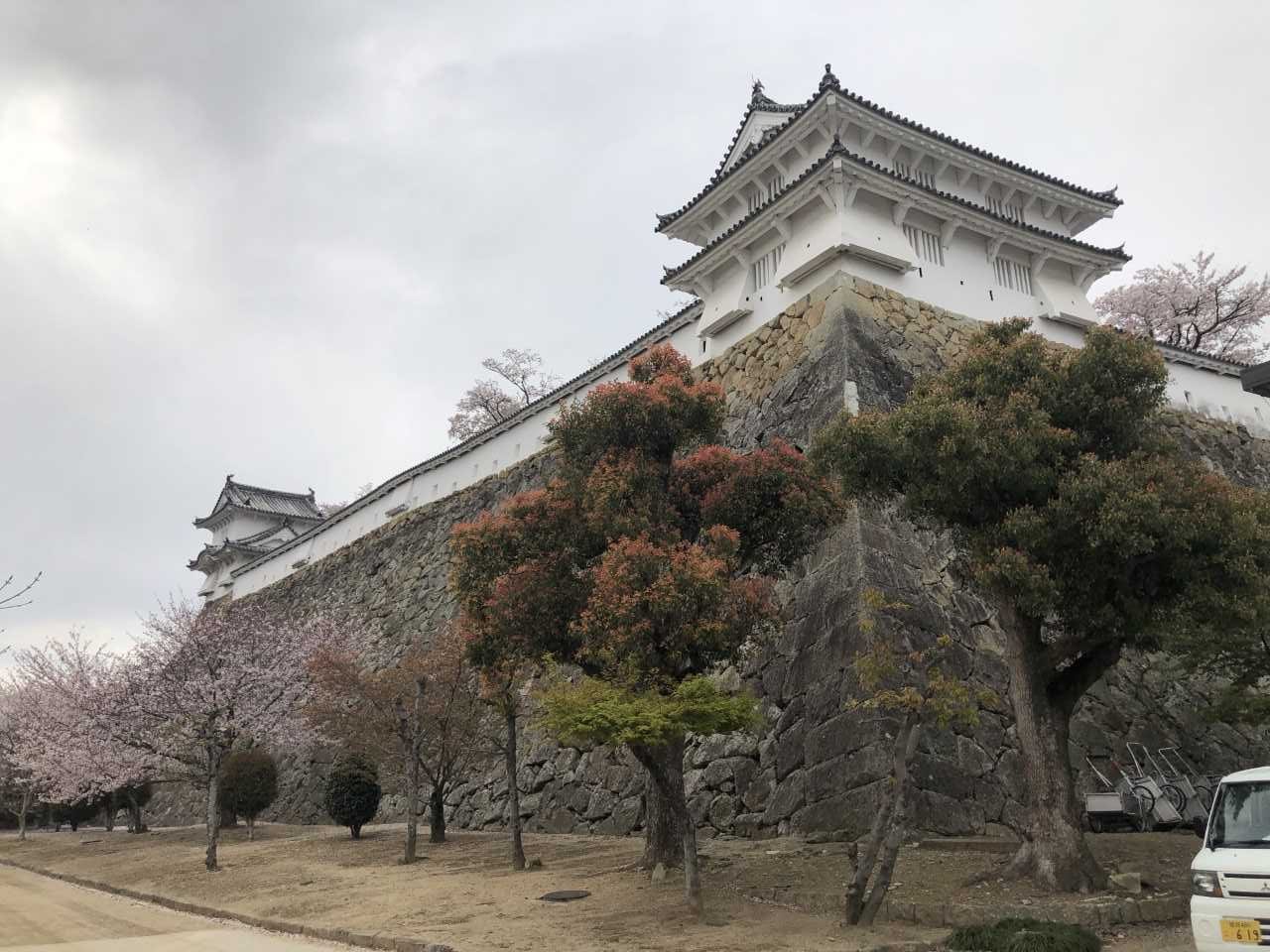 I actually tried to find an image of the castle without the sakura, so I could imagine what it was like if I hadn’t come upon it this week. I thought I found this one, above, until I posted it and saw the sakura up on the top right and bottom left.

But then I found this: 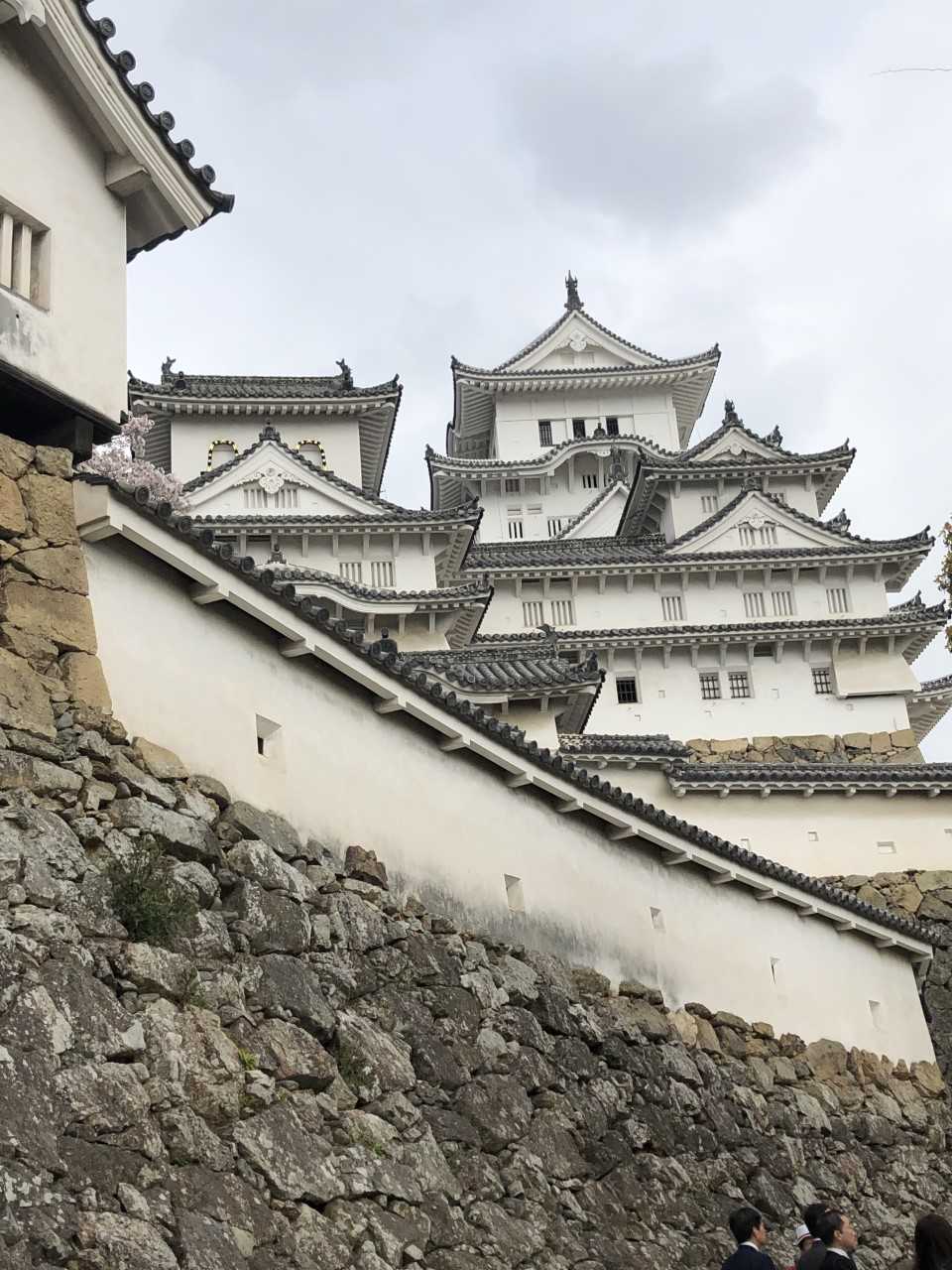 Oops, no! Even this picture has a couple of branches of sakura peeking in on the top left. In fact, there is no image I have of the castle that doesn’t include sakura.

Suffice it to say, Himeji Castle is, by times, magical: 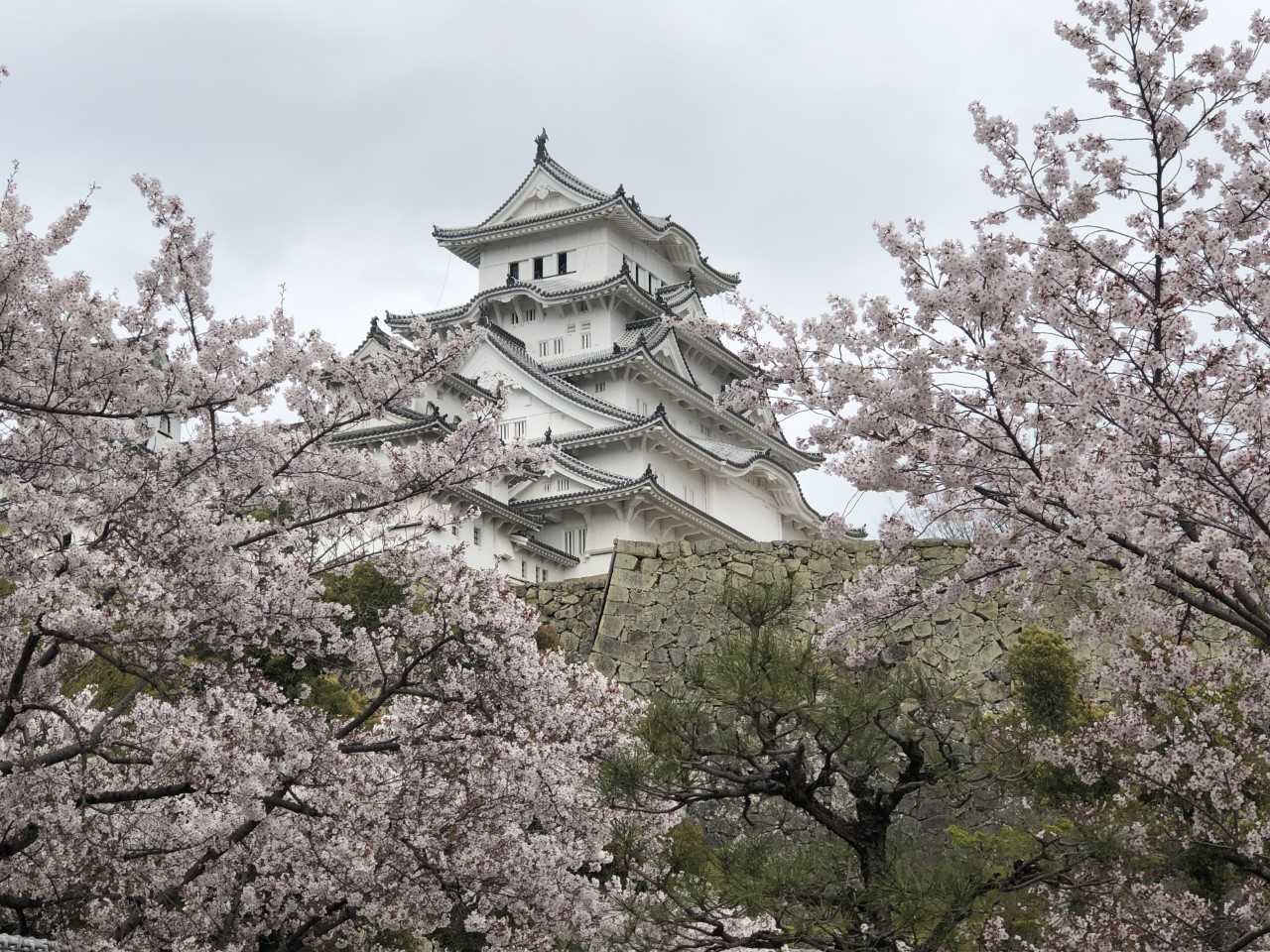 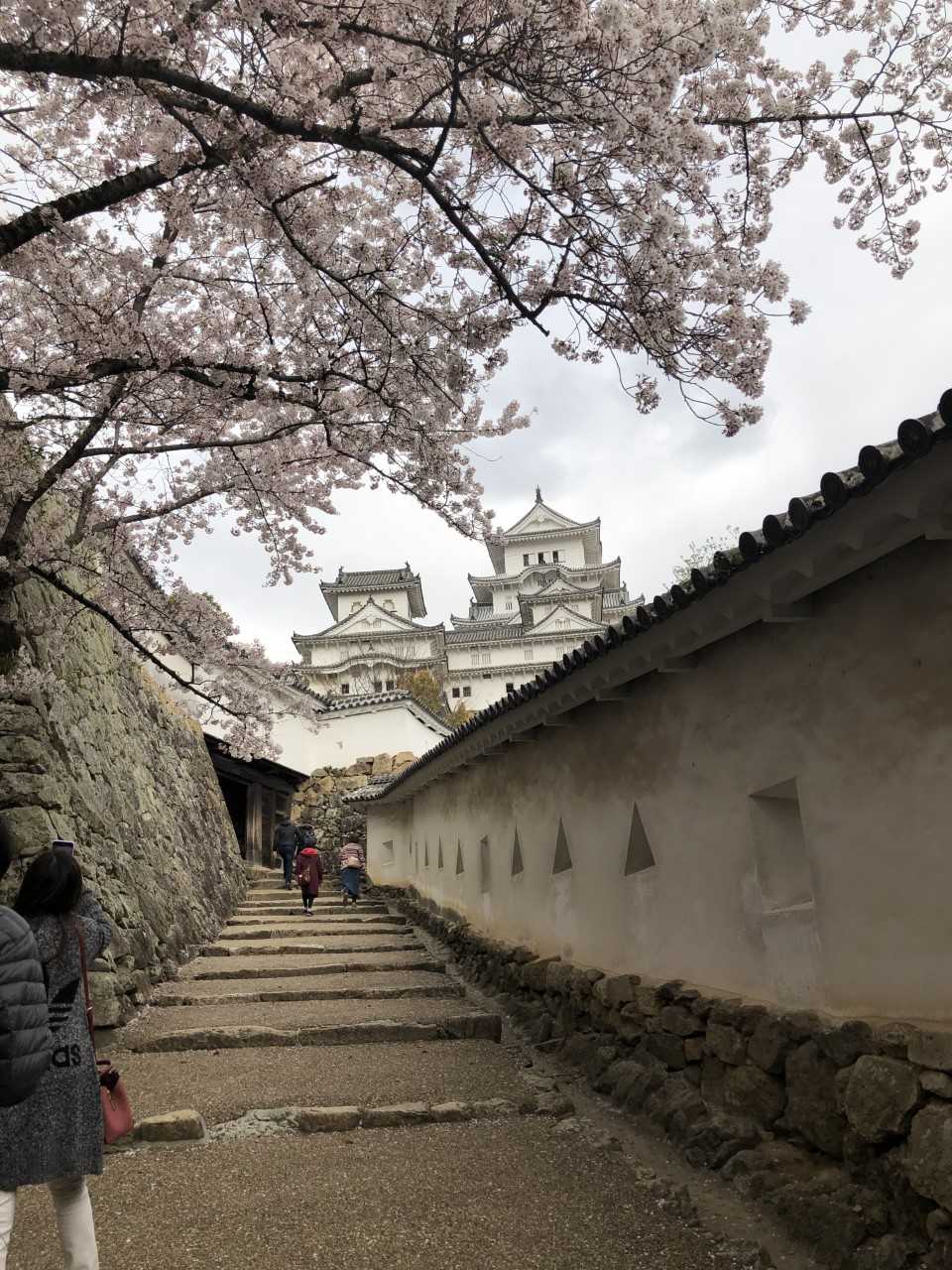 The sakura are so plentiful, their petals make carpets: 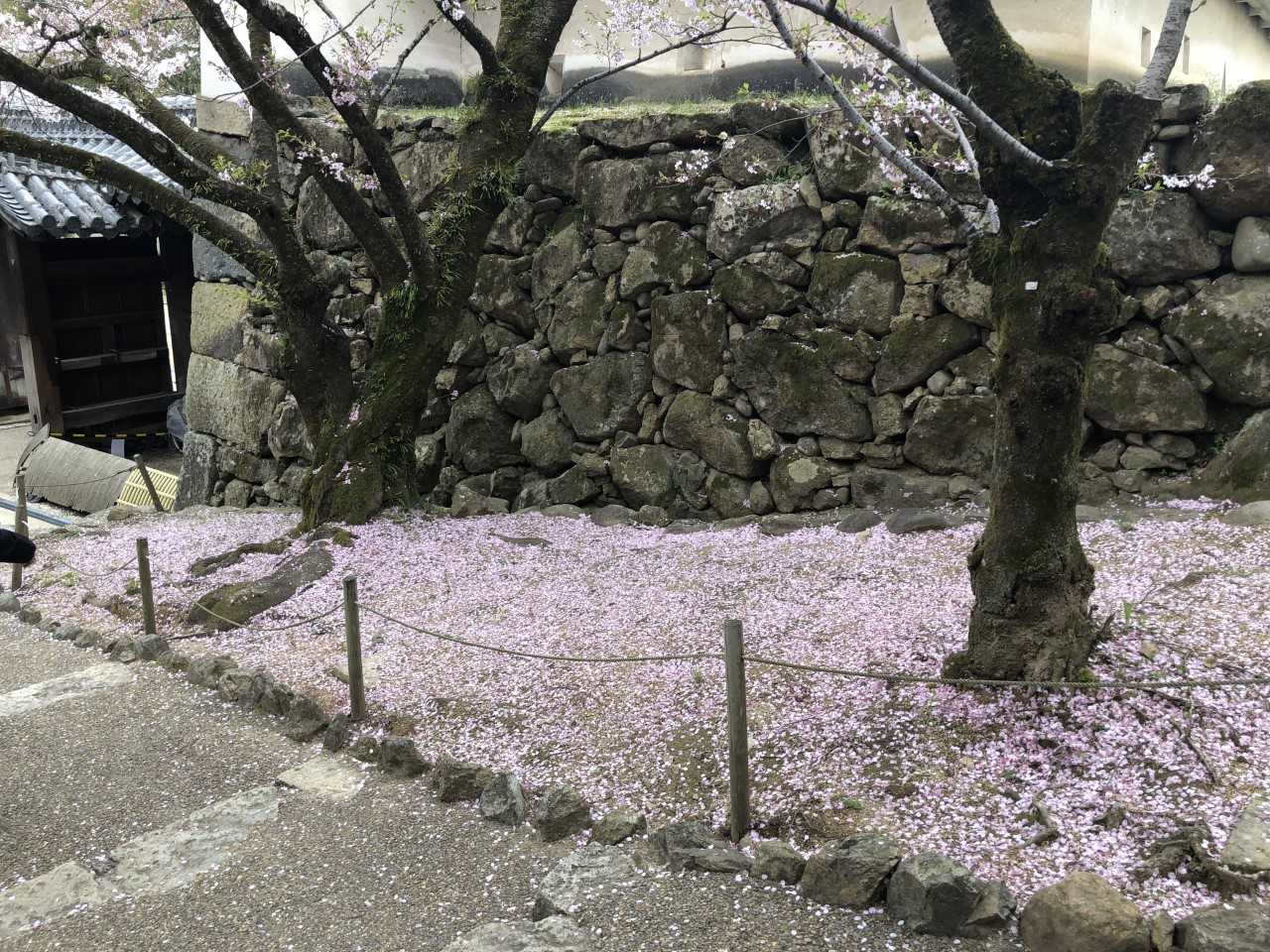 The castle has six floors and a basement. The interior is all wood and the height of craftsmanship. Every floor is some version of this: 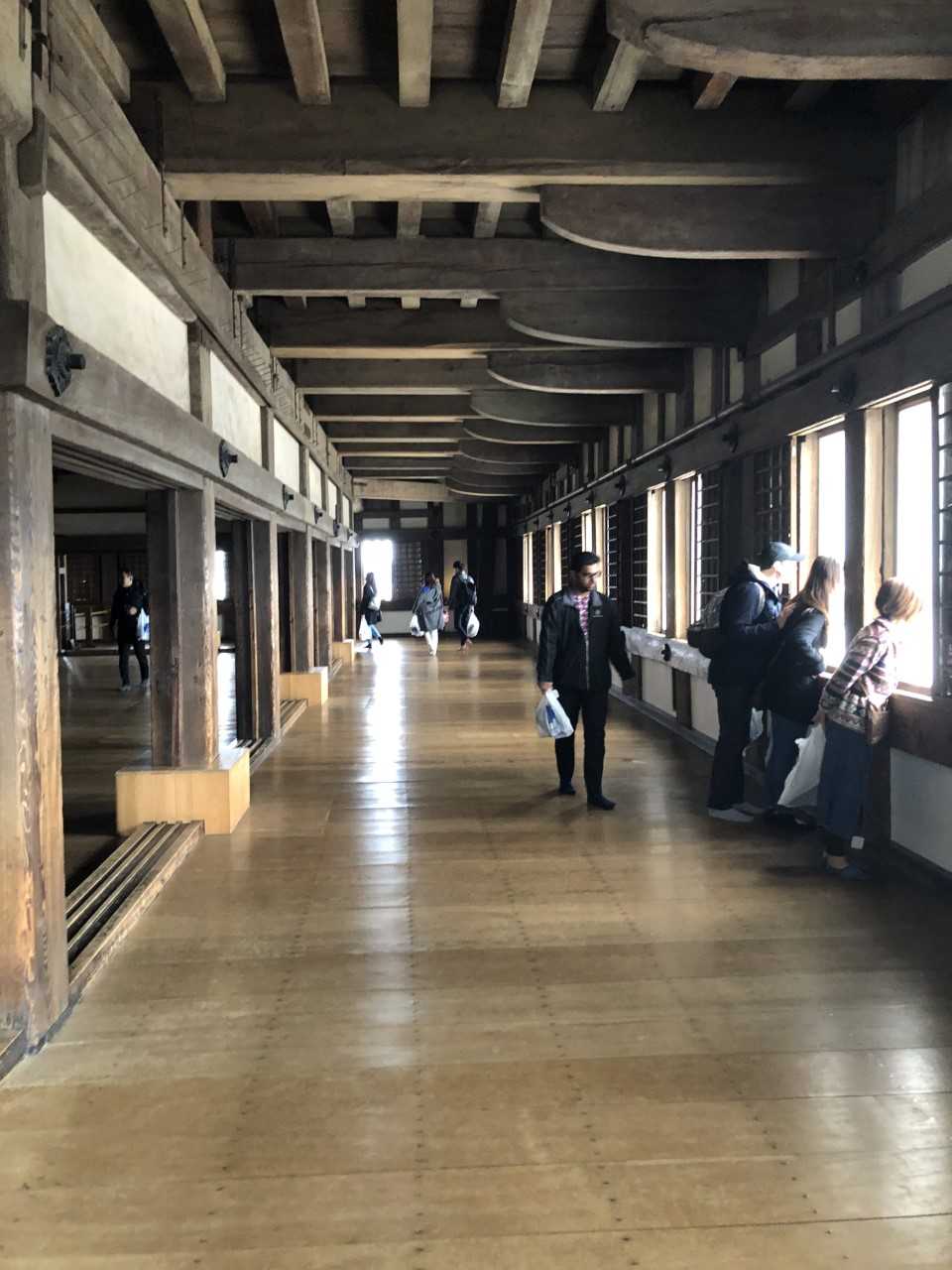 Everyone is carrying a plastic bag holding their shoes. So everyone is in socks. All the visitors’ socks give the floors a good collective polishing.

The structural techniques of the skeleton of the castle are as amazing as its exterior: 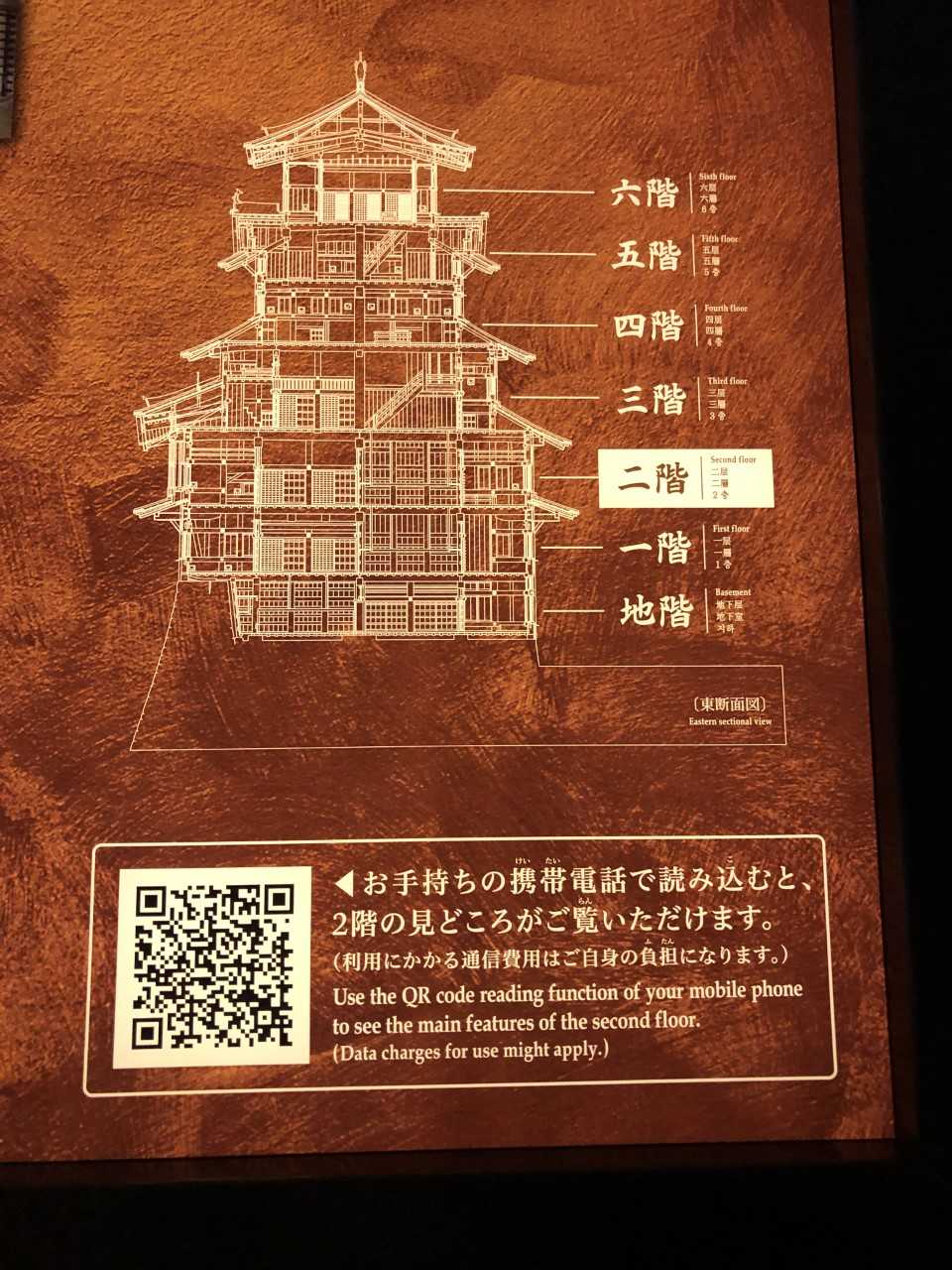 Here is what you find on the top floor: 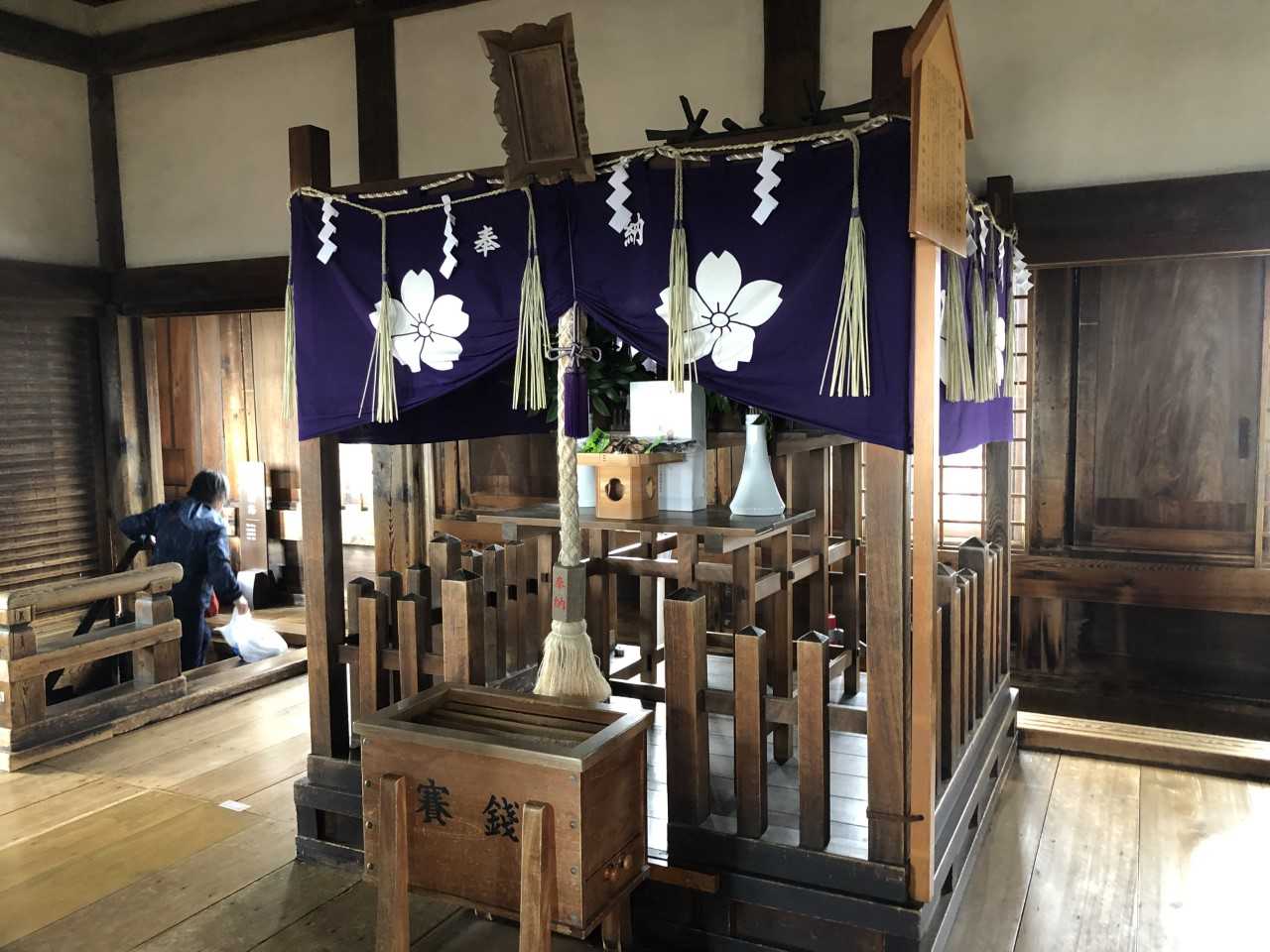 I saw people clap their hands once, pull the thick cord to ring a bell, bow and then put money in the wooden box with the slats on top. You can figure as well as I can what’s up with that.

Everywhere you look, inside and out, is a perfect picture postcard.

Before entering the castle I looked back and saw this: 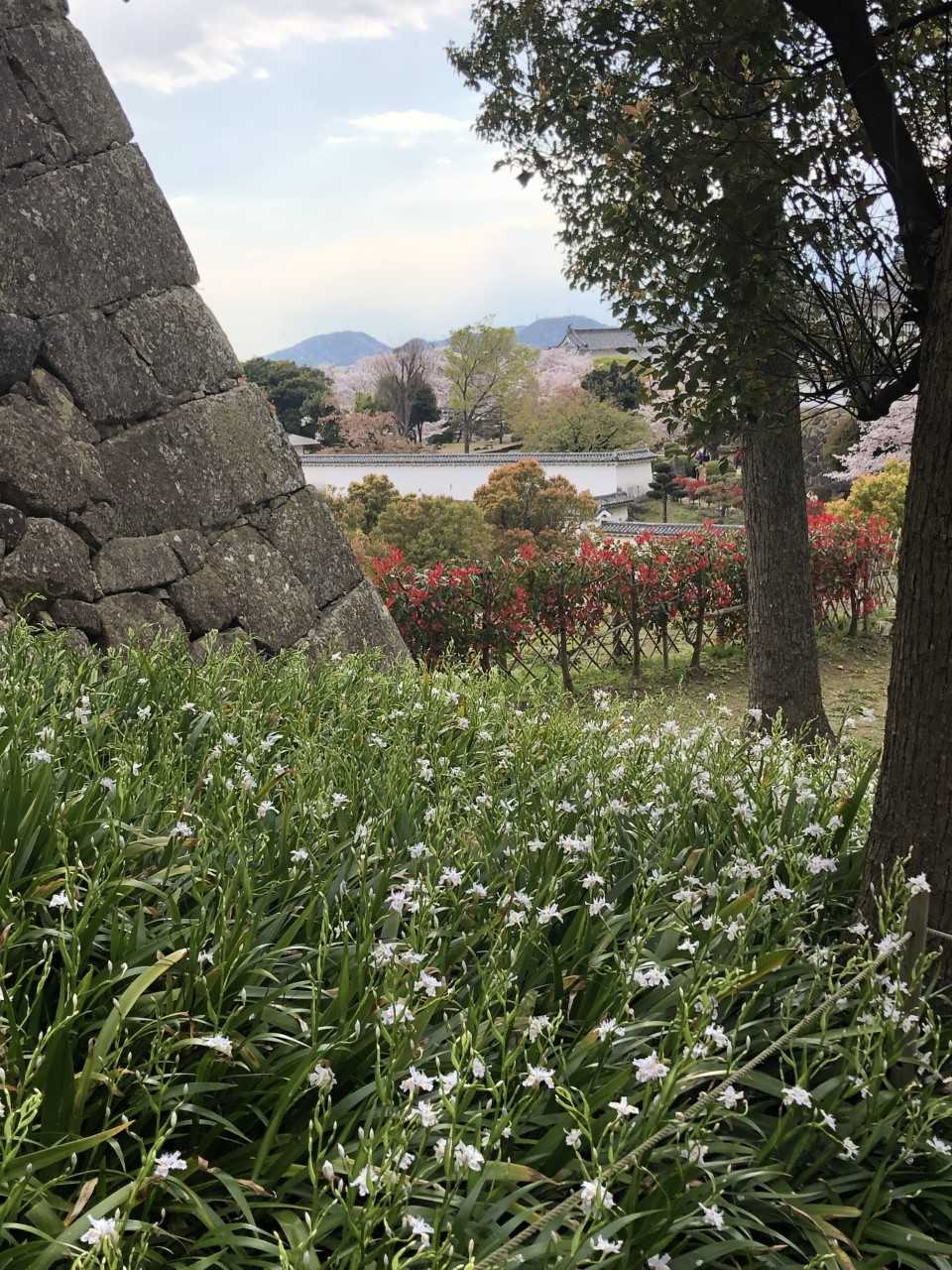 And, once you’re up in it, nearly every view looks this this: 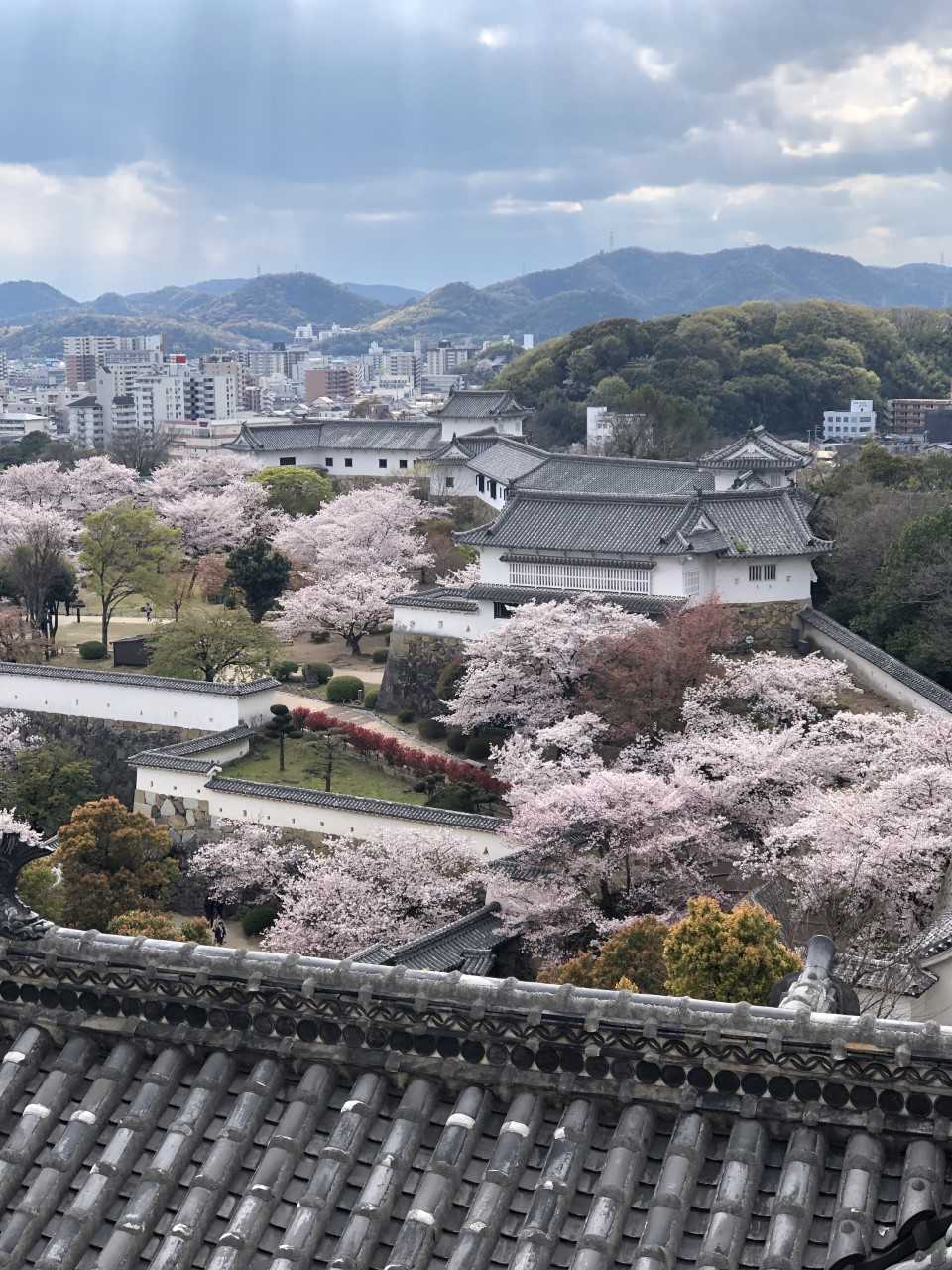 Here is one framed with an architectural detail: 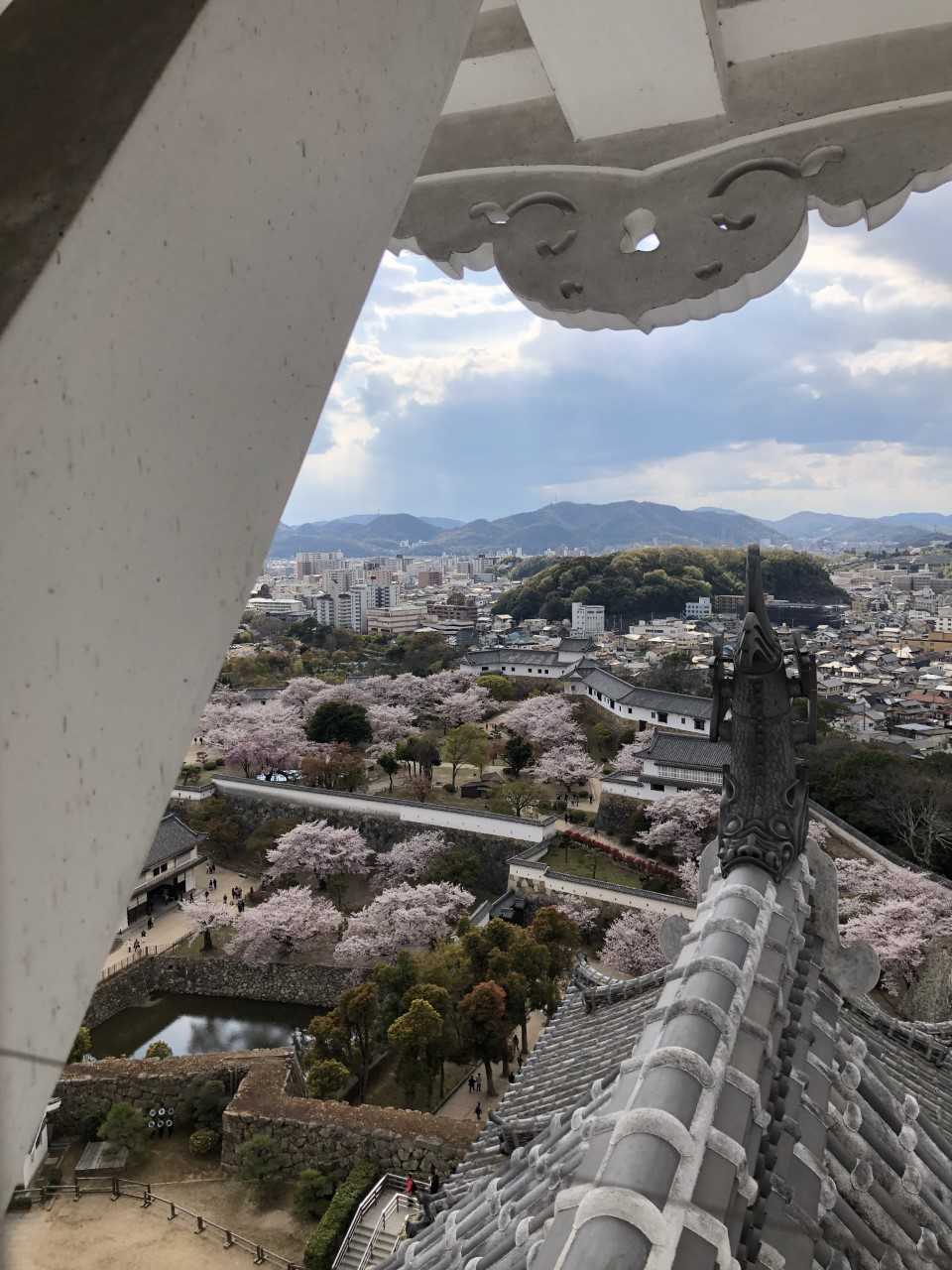 What to do after taking in a couple hours of such magnificence?

I would haven’t predicted it, but apparently the thing to do is to eat takoyaki ‘octopus balls’ at a local restaurant. 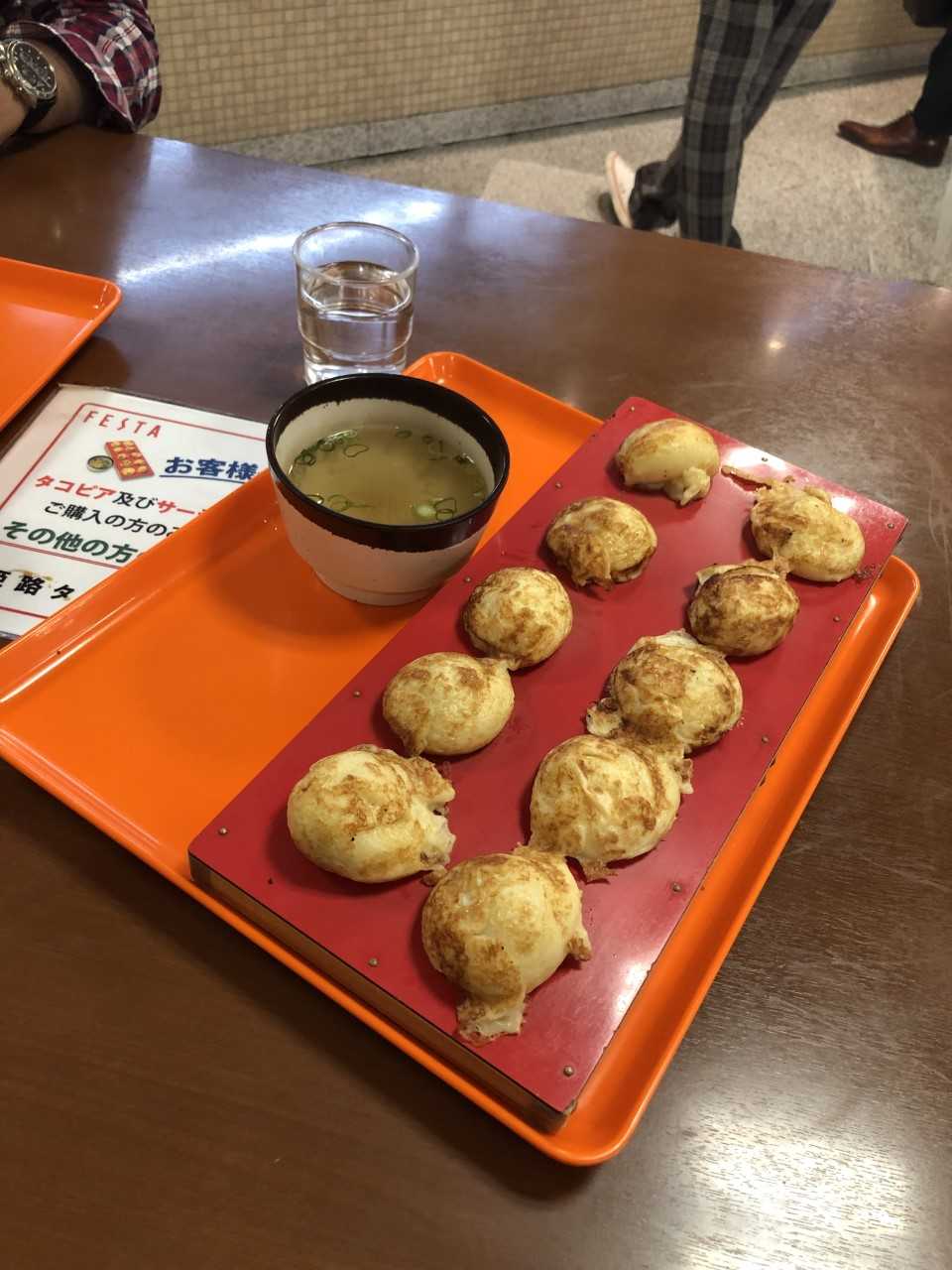 The question is which topping to use. It will vary by region. In the Himeji area, the bowl on the tray is a soup-like dipping sauce.