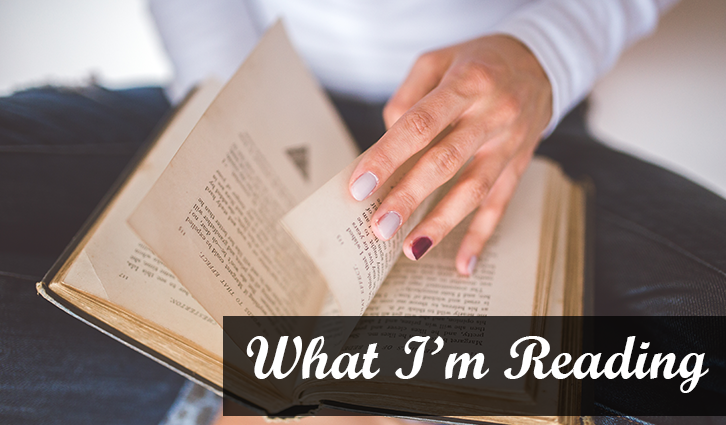 My self-styled Scandinavian Trilogy. Reading is an important part of writing. Reading instructs, and reading inspires. I’m rarely without a book.

I recently made my own Scandinavian trilogy by reading three books in a row – A Man Called Ove, Blind Goddess and Smilla’s Sense of Snow – set in Sweden, Norway, and Denmark/Greenland, respectively. I read them on a trip to Switzerland. 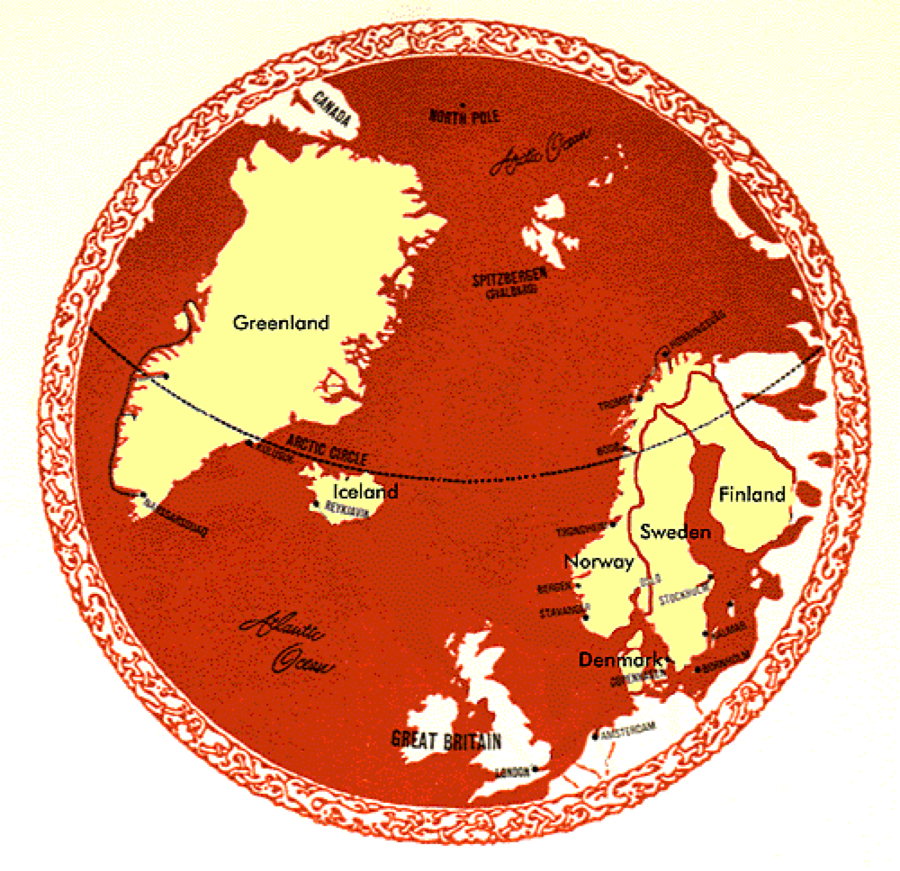 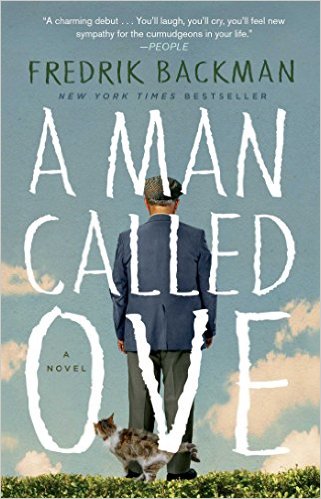 Meet Ove. He’s a curmudgeon—the kind of man who points at people he dislikes as if they were burglars caught outside his bedroom window. He has staunch principles, strict routines, and a short fuse. People call him “the bitter neighbor from hell.” But must Ove be bitter just because he doesn’t walk around with a smile plastered to his face all the time?

Behind the cranky exterior there is a story and a sadness. So when one November morning a chatty young couple with two chatty young daughters move in next door and accidentally flatten Ove’s mailbox, it is the lead-in to a comical and heartwarming tale of unkempt cats, unexpected friendship, and the ancient art of backing up a U-Haul. All of which will change one cranky old man and a local residents’ association to their very foundations.

A feel-good story in the spirit of The Unlikely Pilgrimage of Harold Fry and Major Pettigrew’s Last Stand, Fredrik Backman’s novel about the angry old man next door is a thoughtful exploration of the profound impact one life has on countless others. “If there was an award for ‘Most Charming Book of the Year,’ this first novel by a Swedish blogger-turned-overnight-sensation would win hands down” (Booklist, starred review).

The first in my Scandinavian trilogy. A good two months ago this book was recommended to me, so I downloaded it and tried a few pages then put it down. Last week when stopping at an airport newsstand, I caught sight of a paperback version of the book on display. Since I already had it on my kindle and didn’t have anything else to read, I gave it another try. And totally got into it.

Ove is portrayed as a misanthropic curmudgeon … who ends up not being one – about which I won’t say more in order not to spoil the story. At times, given Ove’s extreme rigidity and closed emotions, I thought he might have Asperger’s, but the author took care to explain at least part of Ove’s behavior and mind-set as belonging to a certain generation of men “who only required a few simple things from life…. A roof over their heads, a quiet street, the right make of car, and a woman to be faithful to.” Okay, I’ll go with that.

Whatever the explanation, Backman has created a charming and sympathetic cast of characters who come together because of Ove and for Ove. As the story unfolded I found it increasingly warm and moving.

If at first you think the writing style is a bit odd, stick with it. You’re likely to enjoy it. 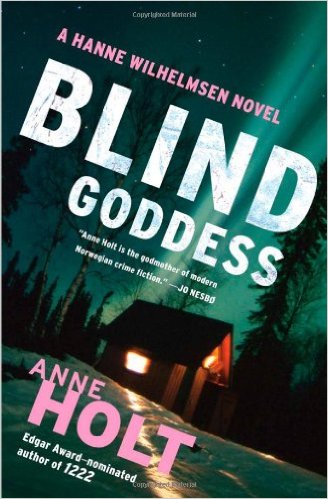 A small-time drug dealer is found battered to death on the outskirts of the Norwegian capital, Oslo. A young Dutchman, walking aimlessly in central Oslo covered in blood, is taken into custody but refuses to talk. When he is informed that the woman who discovered the body, Karen Borg, is a lawyer, he demands her as his defender, although her specialty is civil, not criminal, law.

The second in my Scandinavian trilogy. This writer was recently recommended to me, so for the next book after Ove I chose one of hers, and it was sheer coincidence that she happens to be Norwegian. I always like to start at the beginning, so I chose Book One in Holt’s Hanne Wilhelmsen series.

Blind Goddess is a police procedural set in Oslo. Thinking back on the Bill Slider series by Cynthia Harrod-Eagles, police procedurals sometimes aestheticize the seamy side of life, and Holt fully embraces this sensibility. The reader quickly encounters dog turds, a man whose face has been eaten away, and toxic-green vomit over the corpse’s body – and that’s just on the first page.

After that we’re never far from unwashed bad guys, disgusting jail cells, and even more fetid living quarters. Still, it was entertaining to get a sense of Oslo as a big, bad city wafting with Nordic existential gloom.

If you’re thinking of reading this book, do not read the book’s blurb. This is the first time I’ve encountered a blurb that pretty much gave away the plot (I included a very brief summary from Amazon above), and very early on it was clear who the culprits were. It was only a question of legal procedure how to get them. 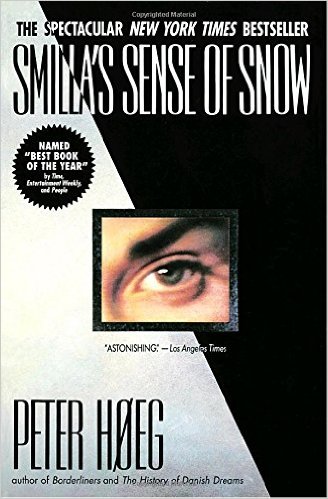 She thinks more highly of snow and ice than she does of love.  She lives in a world of numbers, science and memories–a dark, exotic stranger in a strange land.  And now Smilla Jaspersen is convinced she has uncovered a shattering crime…

It happened in the Copenhagen snow.  A six-year-old boy, a Greenlander like Smilla, fell to his death from the top of his apartment building.  While the boy’s body is still warm, the police pronounce his death an accident.  But Smilla knows her young neighbor didn’t fall from the roof on his own.  Soon she is following a path of clues as clear to her as footsteps in the snow.  For her dead neighbor, and for herself, she must embark on a harrowing journey of lies, revelation and violence that will take her back to the world of ice and snow from which she comes, where an explosive secret waits beneath the ice….

The third in my Scandinavian trilogy. Never two without three, so I hit on the Danish Smilla’s Sense of Snow.

I missed this book when it first came out, and it was an international sensation, as I recall. I can imagine that the strange and intriguing world this story offered the world was stranger and more intriguing at the time before everyone had read Stieg Larsson’s The Girl with the Dragon Tattoo trilogy from the mid-2000s and had immersed themselves in the sometimes creepy, always chilly, Greta Garbo “I vant to be alone” atmosphere that seems to pervade all stories set in Scandinavia.

The plot is a convoluted search for the murderer of a six-year-old boy. The heroine, Smilla, is subjected to almost every form of bodily harm conceivable, including having the top of her head and her hair singed off, being attacked with a marline spike, nearly freezing to death in ice-cold water, etc. etc. At some point I forgot about plot and just began to roll with the punches.

I loved the linguistic/cultural politics between the Danes (Europeans) and the native Greenlanders – with Smilla bridging the gap since her mother was a Greenlander and her father a Dane. The title is literal: Smilla had a Greenlander’s intimate sense of snow and ice and wind. I was gripped by her physical descriptions of these conditions and the philosophical interpretations she gave them.

On the Town in Havana, Cuba – a travel blog 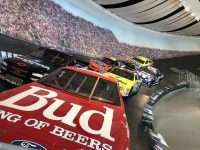