I’m on my way to Auckland, New Zealand, having begun my long trip in Orlando, Florida.

As I moved through many airports I was put in mind of what a student of mine, Vinod Chugani (hi, Vinod!), once told me, “I feel most at home in international transit spaces in airports.”

He said it in 1996, when I took my class of 12 who had enrolled in my experimental course “Humberto Maturana: New Ways of Looking” on a field trip to Belo Horizonte, Brazil. We were going to attend a conference on Maturana’s ideas surrounding Autopoiesis and Cognition. The moment he said it we were passing through the international terminal at Newark to catch our plane to Rio de Janeiro.

Vinod grew up in Japan but is not ethnic Japanese. He is at least trilingual in English, Japan and Hindi. As he and I discussed his startling statement he acknowledged that at some point in his life he knew his unusual cultural and linguistic background would be a great advantage to him. At that point in his life, however, as a young man of 21, he didn’t feel he belonged any particular place in the world. He was most at home in international transit spaces. 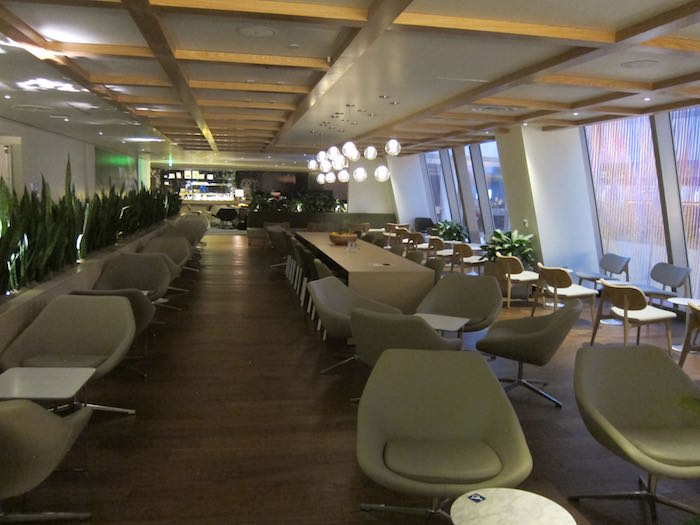 I spent a good six hours at this Oneworld Business Class lounge at LAX.

(The return Business Class lounge at LAX just opened and its the most spectacular one I’ve seen thus far. Unbelievable food.) 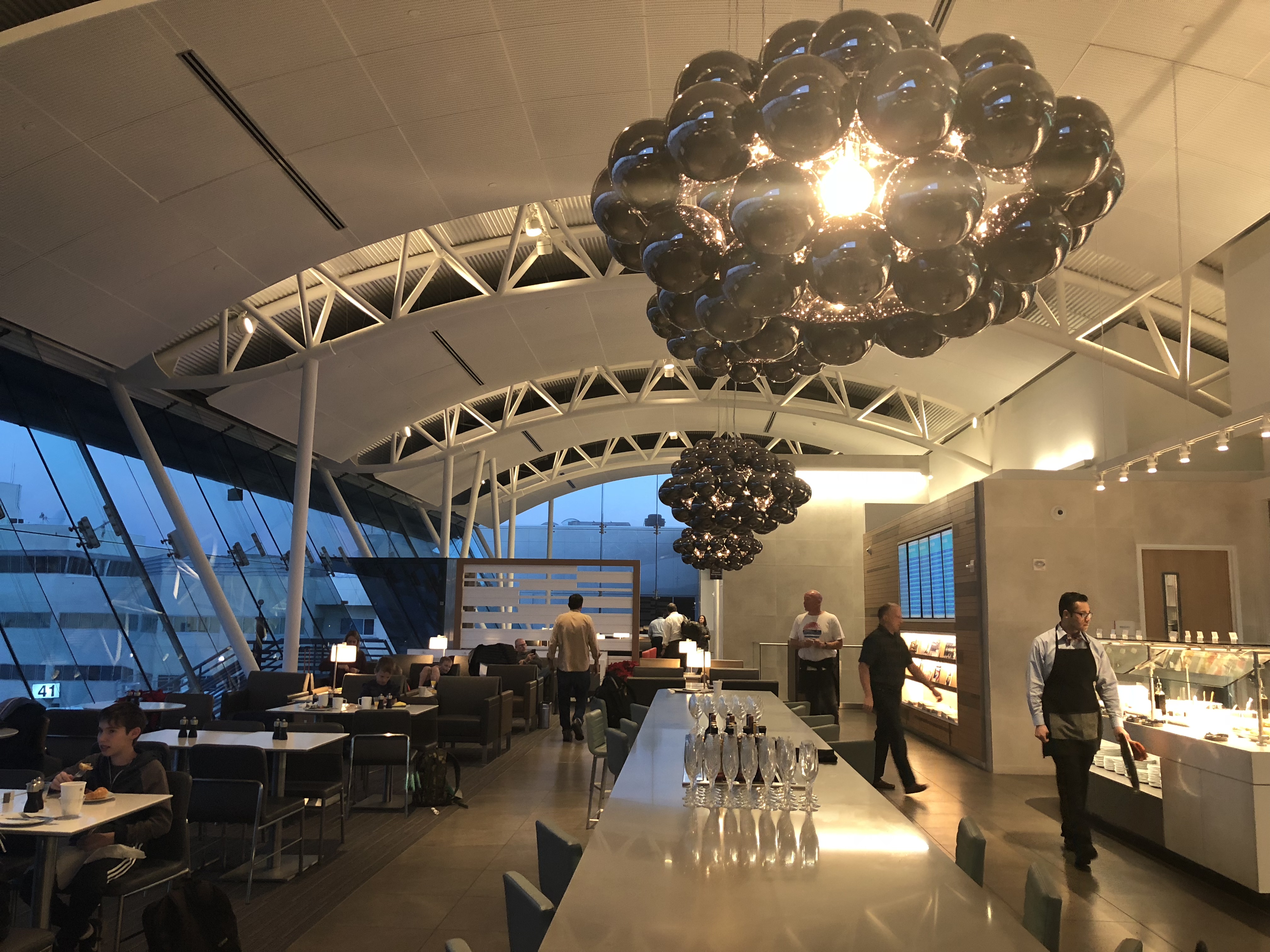 Then it was on to Brisbane, Australia and a nice, non-major airport that is still international. 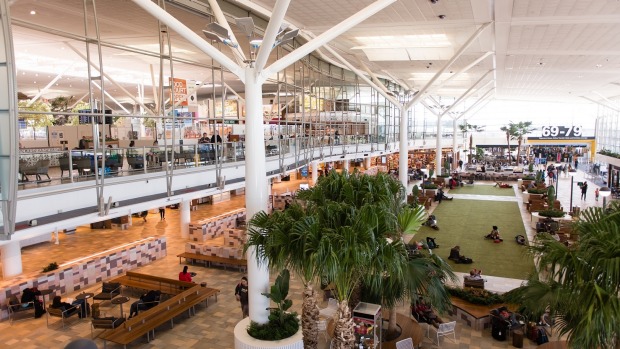 Great vibe on the main concourse. Although it was my first time in Australia, the space felt completely Australian: open, relaxed, tropical cool. 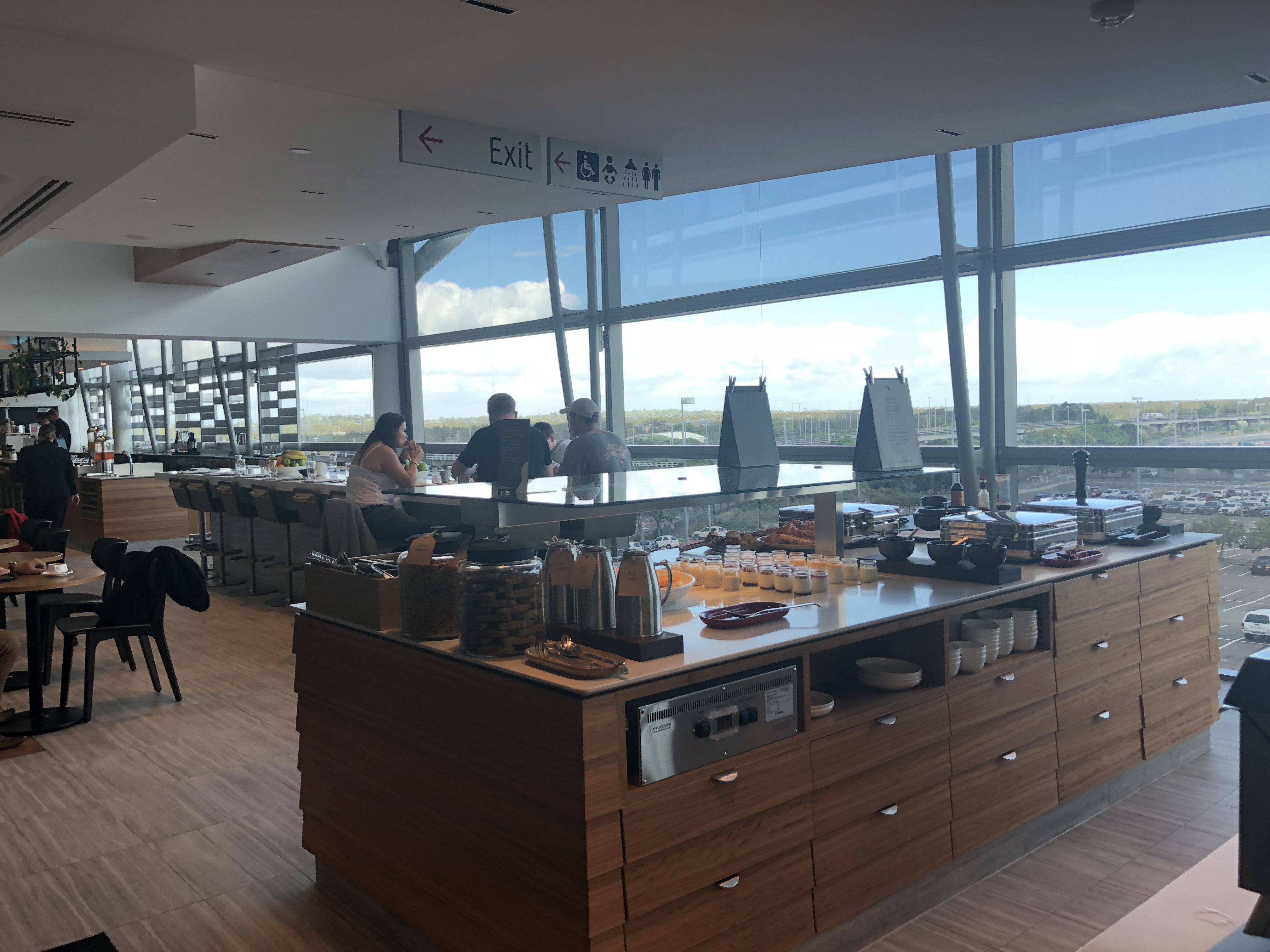 Because of a delay at LAX I missed the Qantas flight from Brisbane to Auckland, and so I was put on an Air New Zealand flight. Very nice! Super comfortable, great food.

At Air New Zealand we understand that kai is much than food. It’s about whānau (family and friends) and oranga (health and wellness). How we source our ingredients matters because we are proud kaitiaki, guardians of our land. We are also inspired to be excellent hosts by manaakitanga, the Māori tradition of hospitality. Our menu … is presented to you with aroha, care and pride.

So, Air New Zealand suggests how the Māori language might be woven into the culture.

Airports terminals themselves have become important international spaces, functioning both as global malls and local showcases.

Old Orchard shopping mall in Skokie, Illinois opened in 1956. Even as a kid I thought it ironic that the name referred exactly what was lost, namely the old orchard displaced to make way for the commercial space.

So it is with international airports which foreground the local cultures that existed before globalization. Auckland certainly foregrounds Māori language and culture. 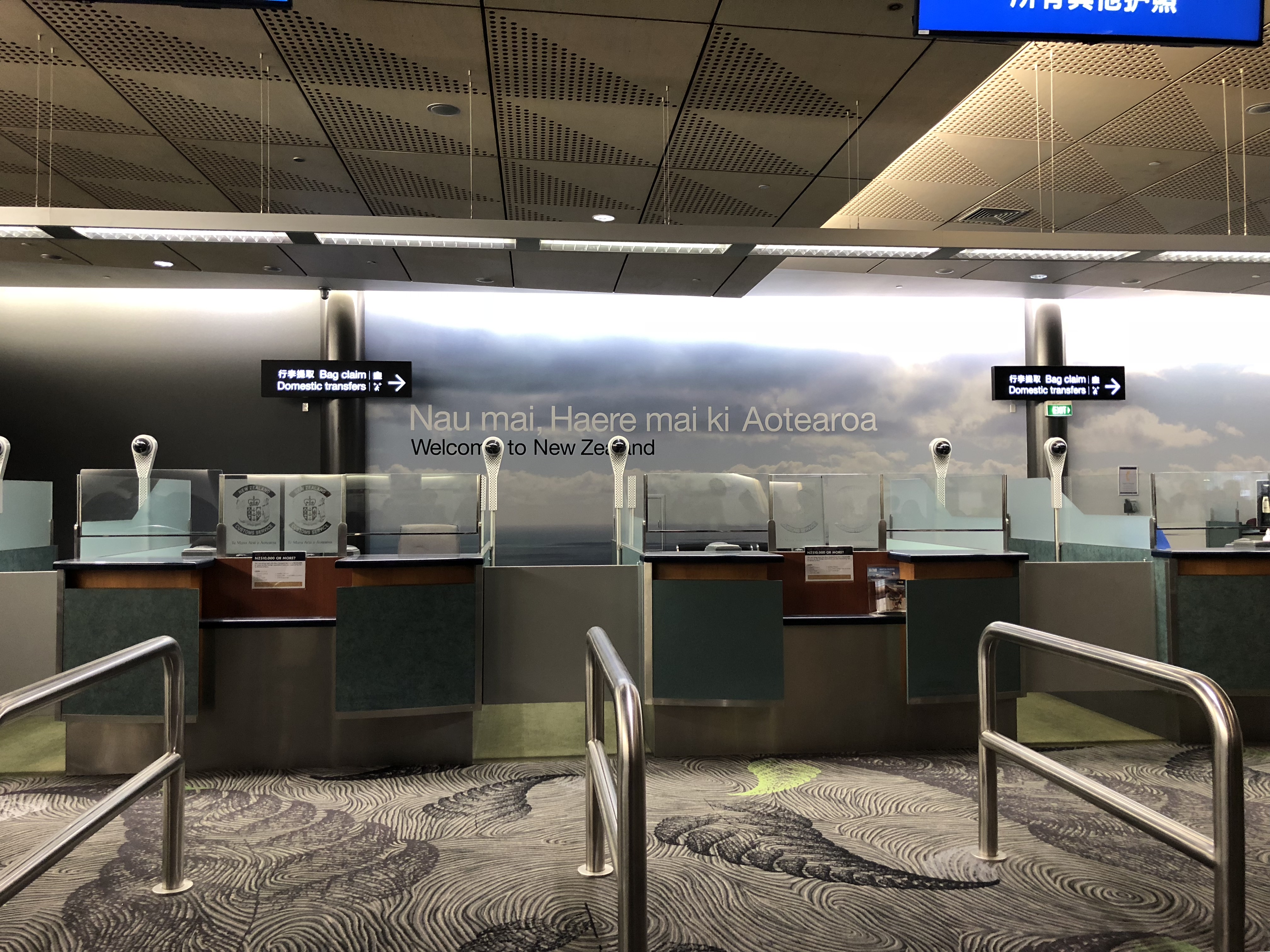 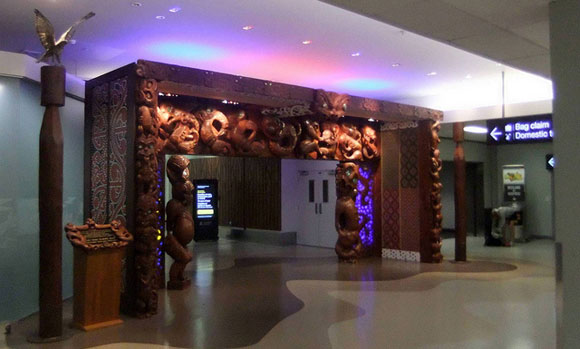 A Māori carving under which you pass for baggage claim.

Now on to the ground. My taxi driver from the airport to downtown Auckland was from India and has lived in New Zealand for the past 10 years. When he asked me why I had come to NZ, I said, “To learn about the Maori language, particularly its revival.”

He replied that I was the first person who had ever said that to him and then proceeded to tell me the story of his former Māori girlfriend who spoke no Māori, who had a drug problem and whose mother was, as he phrased it, “a slut.”

My thought: his story is symptomatic of a global pattern. When a group loses its language – when the Māori shifted to English – they lost both their anchors to their past and the means to create their future. In short, they lost their identity. Social problems ensue.

So, the promising Māori beginning on Air New Zealand took a hit before I even got to the hotel.

For the record, here’s the Quantas Auckland Business Class lounge for outgoing passengers: 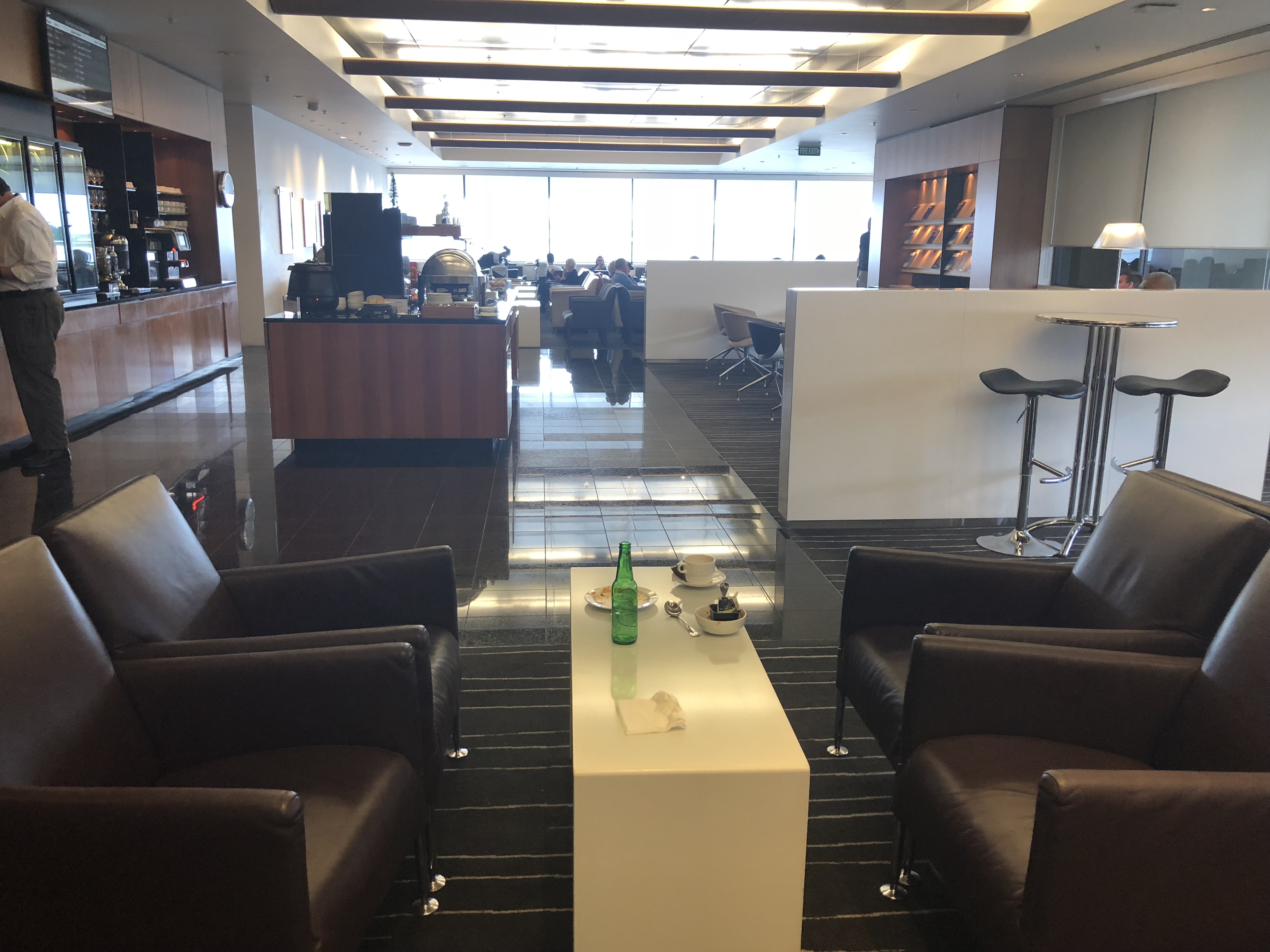 See all: My New Zealand blogs 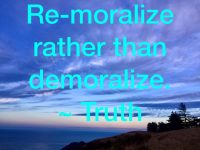 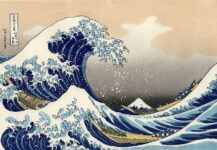