The Turks have Turkey, the Syrians have Syria. Why do the Kurds not have a country called Kurdistan? Here’s the story:

In 1915 and 1916, while World War I was ravaging Europe, English diplomat Sir Mark Sykes and his French counterpart François Georges-Picot met in a series of negotiations.

The result of these meetings was the Sykes-Picot agreement that would determine the zones of influence in the Middle East for England and France. Arab cities such as Baghdad (present-day Iraq) and Kuwait City (present-day Kuwait) were placed under British rule, while Beirut (present-day Lebanon) and Damascus (present-day Syria) fell under French rule. 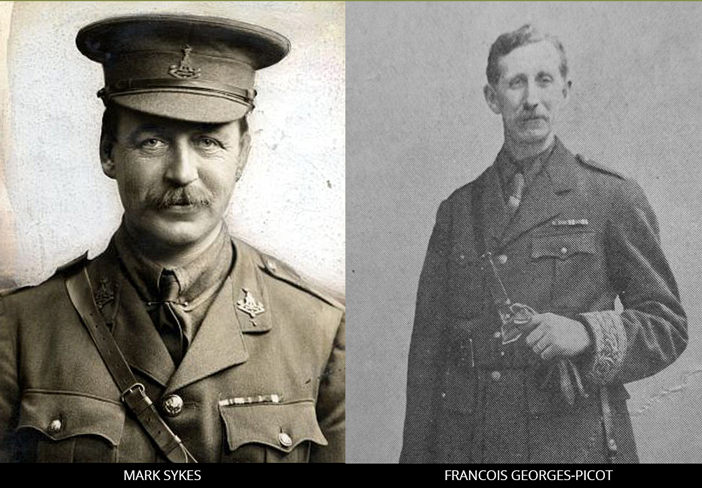 Their negotiations seem to have been an exercise in cartographic whim. Sykes is reported to have said, “I should like to draw a line from the e in Acre to the last k in Kirkuk.”

Sykes almost got his wish. The present-day Iraqi border with Syria and Jordan begins in the west not far from the Lebanese city of Acre and extends in nearly a straight line north and east toward Kirkuk in Iraq before jogging north to Turkey. The borders of Iraq were drawn when the League of Nations was created in 1919 soon after the end of World War I.

That is to say, the nation-state of Iraq was a twentieth-century invention, and it was created by cobbling together the three separate provinces of Mosul, Baghdad, and Basra that had been under Ottoman rule. Indeed, the entire Middle East is a product of lines drawn primarily to serve British civilian and military ambitions.

T.E Lawrence, the famous Lawrence of Arabia, is rumored to have bragged that he and Winston Churchill had designed the modern Middle East over dinner. Whatever the truth of the boast, by 1922 the deed was done.

The end of World War I coincided, more or less, with the end of the Ottoman Empire. With its partitioning among the Allied Powers of Europe, some consideration was given to creating an independent state for the Kurds, who speak Kurdish, an Indo-European language, which makes them one of the largest non-Arabic-speaking populations in the region.

However, no proposal was agreed upon, no separate state was created, and a significant Kurdish population found itself drawn inside the lines of 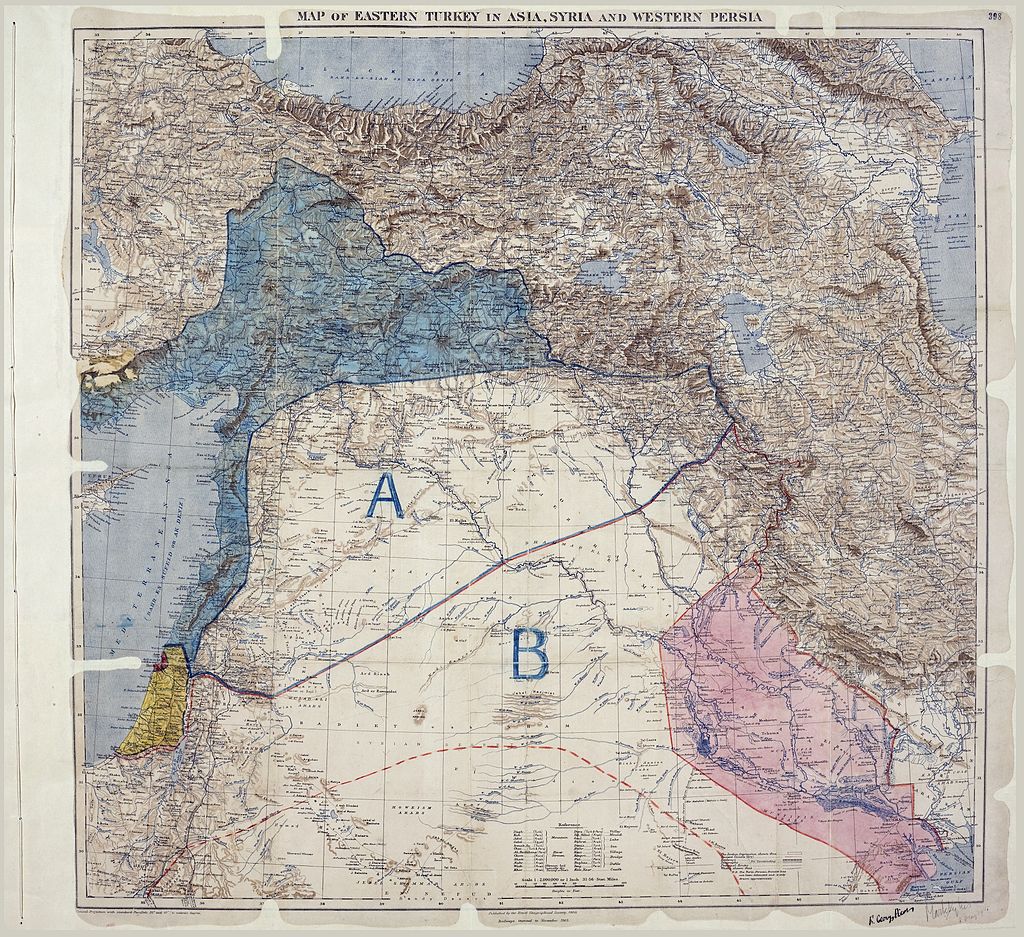 northern Iraq. Seventy years later, in 1990, another conflict involving the West erupted in the region, and the Persian Gulf War began with Iraq’s invasion of Kuwait.

At the end of the conflict United States President George H.W. Bush went on Voice of America Radio and encouraged Iraqis to “take matters into their own hands.”

The Kurds, perceiving weakness in the government, saw their opportunity to take control of their fate, but Saddam Hussein managed to quell all popular uprisings. The result was the mass departure of nearly two million Kurds who left Iraq, most on foot. The problem was, given the historical contingencies, the Kurds had no particular place to go.

In Chapter Four of Languages in the World, we trace the rise of the nation-state in Western Europe and seek to illustrate how it came to be solidified during the course of the eighteenth century. Nation-states came to cohere around the “one nation, one language” ideology, which created at the same time a new association between a particular language and a particular place – and a particular place to go was exactly what the Kurds were lacking when they walked out of Iraq.

The disenfranchised Kurds leverage our understanding of nation-states as human creations, not timeless and universal realities, and give us a wedge into exploring the various ways language and place-based political identity have been put to strategic use in order to construct and maintain states and to contain and constrain the speakers within those states.

Finally, we end the chapter by looking at some of the bedeviling effects of a sometimes hidden third term standing alongside of the one nation, one language ideology, and that is race. 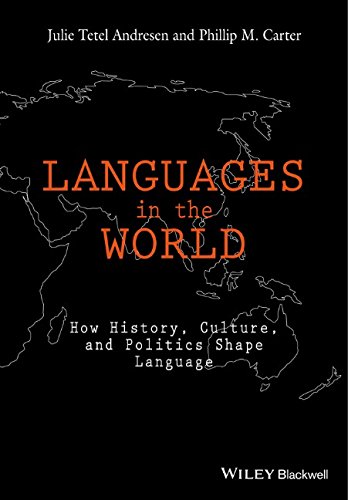 From Chapter Four: Effects of the Nation-State and the Possibility of Kurdistan. Languages in the World. How History, Culture, and Politics Shape Language. (affiliate) Julie Tetel Andresen and Phillip Carter. November, 2015. Wiley-Blackwell.

Foreign Accent Syndrome: Is It Real?