London is my last stop on my around-the-world journey that began five months ago.

You know you’re in London when …

Look Right, Look Left signs are painted on the streets at every corner. Very helpful! 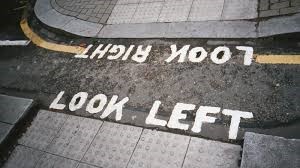 These signs have helped me – and likely every foreign traveler – to escape disaster.

Taxicabs are big, black and boxy. 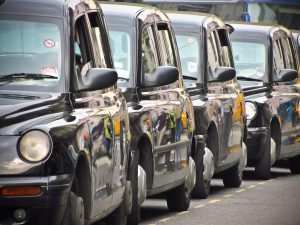 Buses are red and double-decker. 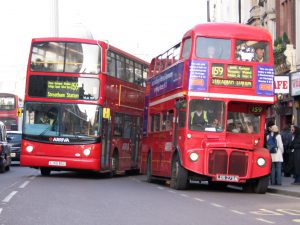 Trim, traditional pubs are found on every corner. They are just as charming on the inside as they are on the outside. 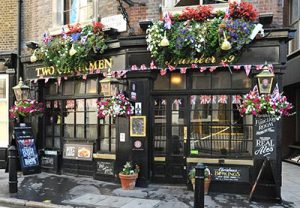 Two Chairmen is found at 39 Dartmouth Street, around a couple (or more) corners from Scotland Yard, the Houses of Parliament and Westminster Abbey.

Sikhs are part of the people-scape. They’re construction workers, customs officers, anything and everything. Here’s a Sikh policeman. 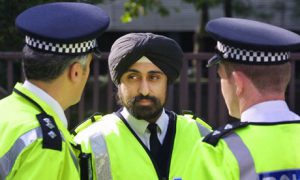 Every location is clearly labeled. 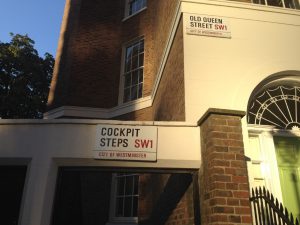 I wouldn’t have known the stairs going down from Old Queen Street were called Cockpit Steps, but now I do.

Iterations of chains such as Boots, Pret A Manger and Sainbury’s abound.

You can watch your football (soccer) while eating a good curry. 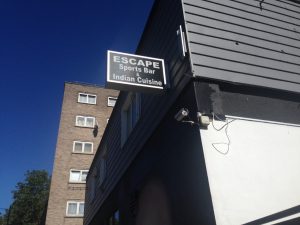 You can go to Joe Malone’s flagship perfume store on Regent Street.

You are surrounded by amassed wealth. London is an imperial city, and evidence of empire is everywhere: in the monuments, in the immaculate condition of the buildings and the streets, in the care of the many parks, in the elegant shops, in the diversity of the people on the street, many former colonials who have been drawn to the metropole. London is meant to impress, and it is impressive.

You find wealth here without even trying. During my first full day in London I wandered around, just to see what I could see, and hit on Regent Canal. Quiet and secluded, it’s a popular path for bicyclers and joggers.

It’s also a pretty classy place for a mansion to look out over or back up to, and a man (it was surely a man), way back when, most probably didn’t get to build such a place on such a choice piece of property if he wasn’t a peer of the realm and didn’t have old money.

I have no idea who owns these properties now – maybe Saudi princes or Russian oligarchs.

Here are a few of the mansions that cake the borders of Regent Canal: 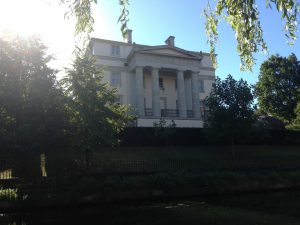 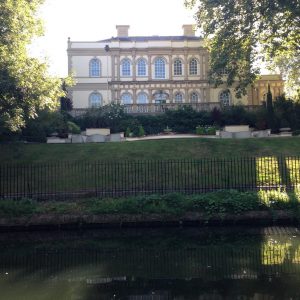 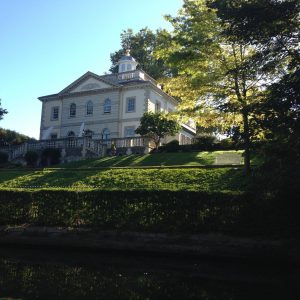 According to what might be an urban legend Albert Einstein once declared, “The most powerful force in the universe is compound interest.” Whatever the truth of the attribution, it is the case that Benjamin Franklin said something similar.

In any case, London presents an excellent example of the effects of accumulating wealth over hundreds and hundreds of years.

It is also a great place to be last international stop on my around-the-world journey, since, in many ways, it continues to be the center of the world, and not only because world clocks are set to Greenwich Mean Time (GMT).

(However, Brexit may change its centrality!) 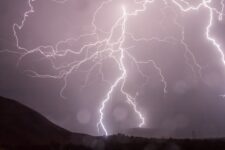 Unusual Travel Tips: The Bad, The Worse, The ???