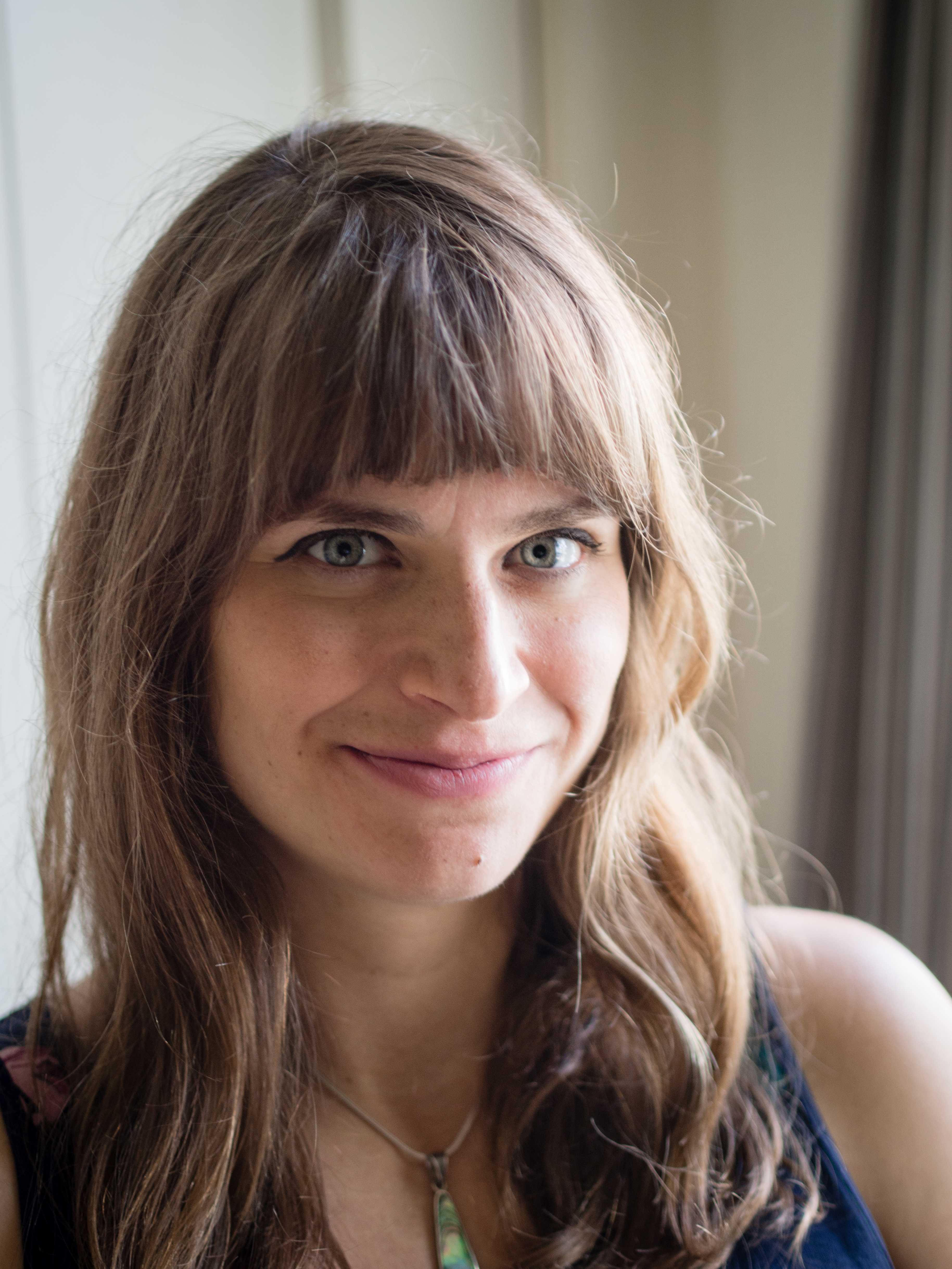 We’re delighted that Maria Kuznetsova is participating the Five Questions series. She is a talented writer with an exciting debut novel, Oksana, Behave!

Maria Kuznetsova: Penguin Books (Random House) is publishing your first novel, Oksana, Behave!, this month. What do you want readers to know about the story?

I’d want them to know that the book is both funny and dark. It explores the daily quirks of the life of a young Ukrainian immigrant and her offbeat family. But it also delves into darker topics like untimely death and general existential questions of what any of us are even doing on earth when we know we’re going to die one day. Some of the book is based on my experience as an immigrant. We moved all over the country following my dad’s physics career. However, much of the more outlandish parts – Oksana’s grandmother’s dating exploits, Oksana’s general bad behavior as a child and adult – are exaggerated for comic effect.

I like to think of Oksana, Behave! as a coming-of-age and a coming-of-adulthood novel. It begins with Oksana’s embarrassment about her overbearing family. And it ends with her decision to start a family of her own, a kind of peace with the world she came from and just a slight bit of hope toward where she might be heading. 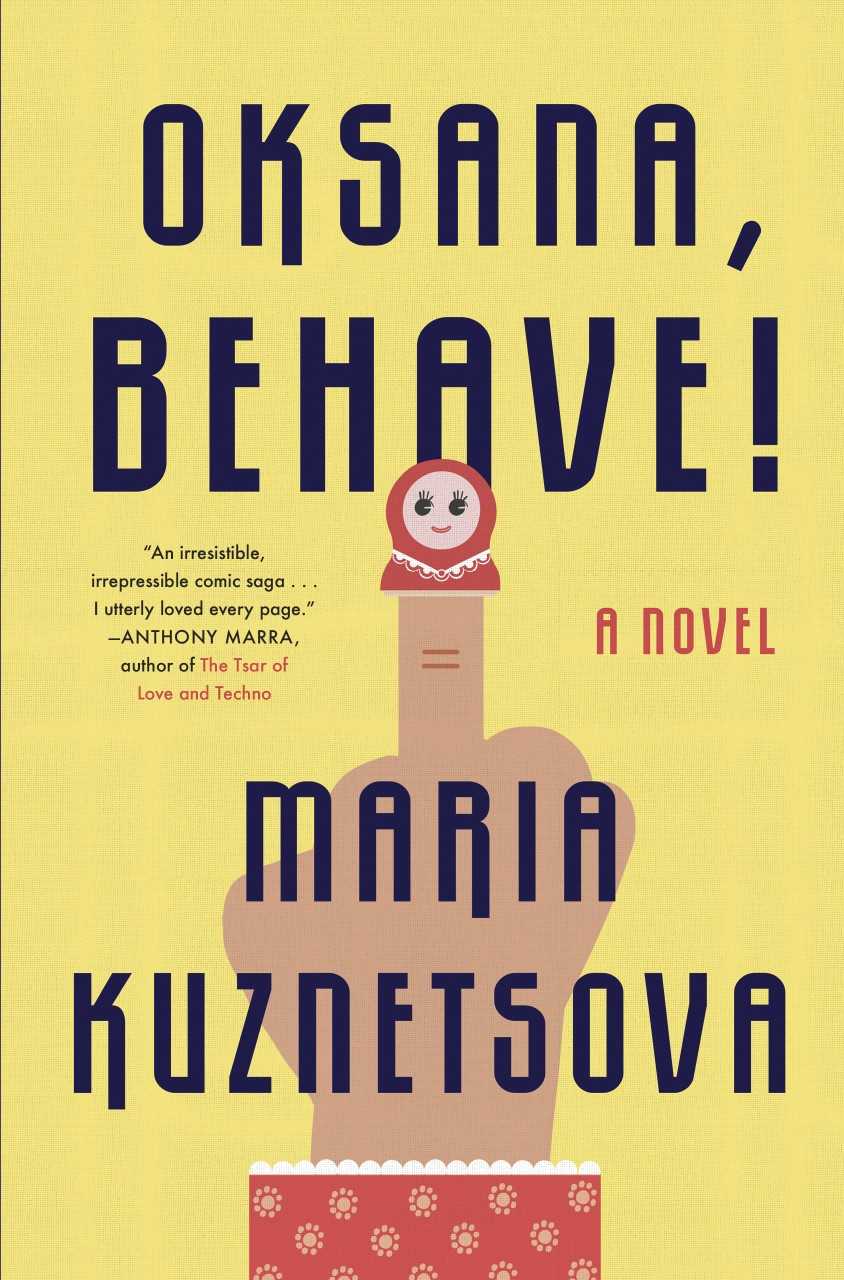 Maria Kuznetsova: What can you tell beginning writers about the publishing process?

I can tell them that it’s a long road. Oksana is the third book I’ve tried to publish. The first book was picked up by an agent who gave up on it after two years. The second was also turned down, though I’m keeping it on the back burner. And I’ve also received hundreds of rejections on my short stories. Many of them took a long time to find a home. It took a lot of patience and hard work, two graduate programs, and connection building, to get my work into the world. And a lot of luck. There are plenty of amazing books by wildly talented writers that never see the light of day.

Maria Kuznetsova: You recently received an MFA from the Iowa Writers’ Workshop. What are the pros of pursuing a graduate degree in creative writing? Are there any cons?

There are many pros of pursuing a graduate degree in creative writing. The biggest one, I think, is having the time to devote to your writing. Before graduate school, I was working full-time teaching or doing writing jobs that didn’t give me much time to devote to my craft. In graduate school, your writing becomes the main event instead of a side project. You’re also surrounded by people with the same goal, who take your work seriously.

Also, having deadlines really helps. I wrote many of the chapters in Oksana to turn in to workshop. They wouldn’t have been as strong if I didn’t know that my peers would be reading them. And the feedback I received from peers and teachers on the chapters made them even stronger. So the workshop itself was really valuable. Additionally, graduate programs help you make connections that can help you in the world of publishing. Both to sell your book and to promote it once it’s out in the world.

As for the cons, the biggest one I can think of is that some people can get discouraged by MFA programs. Especially if their work isn’t received well or understood, which can happen, especially if the work is a bit more quirky or offbeat. Some people also start programs before they’ve really found their voice. If they are still figuring out what they want to write about, the success of their peers may discourage them.

Another con can be debt. I don’t recommend entering an MFA program if it isn’t fully funded!

Maria Kuznetsova: Describe you writing/day/week/month/year. (Choose the time period most relevant to your writing process.)

Generally, I try to write between breakfast and lunch on a good day. I start off by writing new scenes and material first thing. Then, as my energy wanes, I work more on revising what I’ve written. When I have the time, I can generate a few pages of new material every day or two. But almost all of it gets scrapped, and just one or two paragraphs of that might remain. I keep going like that until I’ve found the part of the story that really interests me. Once I feel like whatever I’m working on has really solidified, then I just type each scene over and over. I add or subtract enough until it feels complete.

When I work on longer projects, especially the new novel I’m working on, which is told from the perspective of two different characters, I use Scrivener to separate the sections. This way I can have a better sense of the structure of my work and can see the bigger picture.

Maria Kuznetsova: The audience for this blog is global. The question many bi- and multilingual writers grapple with is this: How do you negotiate your writing life between Russian and English?

Though I very much think in English, many of my characters think and speak in Russian. So I hear my characters speaking in Russian and translate that dialogue in English. Oksana’s parents and grandparents speak to her in Russian, so I have to use certain phrases and the cadence of the dialogue to echo that. Oksana, though, speaks and thinks in English. Her dialogue and general language is more Americanized. I hope this comes off to readers, since Oksana would never stop to explain who is speaking what language. All of this is natural to her, and I hope the readers get immersed in her bilingual identity.

My goal is to convey my bilingual existence without ever making Ukraine seem to foreign to readers. Or to feel like I have to explain too much of the food, the customs, the superstitions. I want them to feel as normal to readers as they are to Oksana. At the end of the book, when she herself isn’t so great at speaking Russian anymore, what she is left with is a love and nostalgia for her country, which is very real, even if she can’t always express it.

Trilogies: What Makes Them?