Where To Use Metaphors & Similes In Your Writing

Have you ever compared two objects or places within your writing? If so, then you’ve used metaphors and similes to bring your vision to life. However, do you know which one you used?

Metaphor
It is the east, and Juliet is the sun.

Simile
O, she doth teach the torches to burn bright!
Her beauty hangs upon the cheek of night,
Like a rich jewel in an Ethiop’s ear.

A metaphor makes equivalence, while simile uses ‘like’ and ‘as.’ Simile is an expanded metaphor, and metaphor is a condensed simile.

Q: Why read a book rather than, say, watch a movie?

A: We watch movies for the images, and we read books for the words.

Some readers like their peanut butter plain, straightforward words, no flourishes.

Me, I like mine crunchy. Metaphors and similes provide the bits to chew on.

I’m currently on a tear through the work of Laurence Shames and his Key West Capers series. Among the many things I’m enjoying about his writing are his similes. Here’s one that lands:

“Motor yachts rocked gently in their berths, and the masts of the sailboats tipped deferentially toward one another like snobs exchanging greetings at the opera.”

“Her skirt was beribboned and caked with sand and lay rumpled around her like the flag of a defeated country.”

In the first example, juxtaposing fancy boats and opera makes sense; I have no difficulty imagining that the boat owners are also snobby opera patrons. In the second example, I like the vividness of the skirt being compared to a fallen flag, but no event comparable to a war has put the skirt in that condition, so the simile seems a bit off.

Still, the image of the flag gave the scene a bit of crunch, and I was glad to have it.

How does a writer create metaphors and similes? I honestly don’t know. I think it’s akin to the magic of a songwriter finding the perfect melody. But I can at least offer some suggestions.

The first cliché that comes to mind is: “Her eyes were as big as saucers.” I put this simile together with “I’m so hungry I could eat a horse.”

So now we have the phrase “as big as” as a place to start in describing hunger.

Let’s say you’ve got a character who is hungry and wants a steak. If you’re writing taste is Rocky Road, you might try:

What are your options? I suggest: dinner plate, large pizza, manhole cover.

I would probably go with manhole cover, just because I wouldn’t otherwise get to use such a word unless I was writing about a sewer maintenance worker or someone making an urban get-away. Of course, manhole cover is absurd, so your story might already have to be slightly wacky for the simile to be apt.

If your writing taste is Vanilla, you’ll have your character eat a recognizably hefty menu item, such as a 12-ounce rib eye, and leave it at that.

I remember reading a story set in Hollywood of the 1930s, which involved stars from all kinds of movies including Westerns, and came across the simile “the martini was as dry as cowboy wit.”

At the time I happened to be writing a medieval set in 12th-century York, England where three ethnicities intermingled: the Saxons, the Danes, and the Normans.

My Danish characters were shipbuilders. One of my characters looked at the sadly neglected brass fittings on an old ship and declared them to be “as dull as Saxon wit.”

The moral of this anecdote is my usual: writers need to read, read, and read some more, preferably writers who are better than you are and inspire you to up your writing game.

I walk a lot, so I have a street-level view of things, which is probably why manhole cover could come so easily to mind in the example, above, about size of a steak. 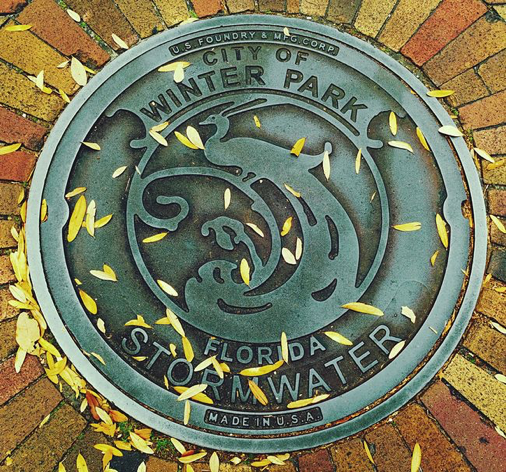 Winter Park, Florida has some beautiful ones.

Maybe one tip for writers would be: get out of your cars and start walking around.

For my latest release Buy Me Love – available on all platforms on May 12 – I went on an intensive 5-day walking tour of London. One evening I happened on this sight: 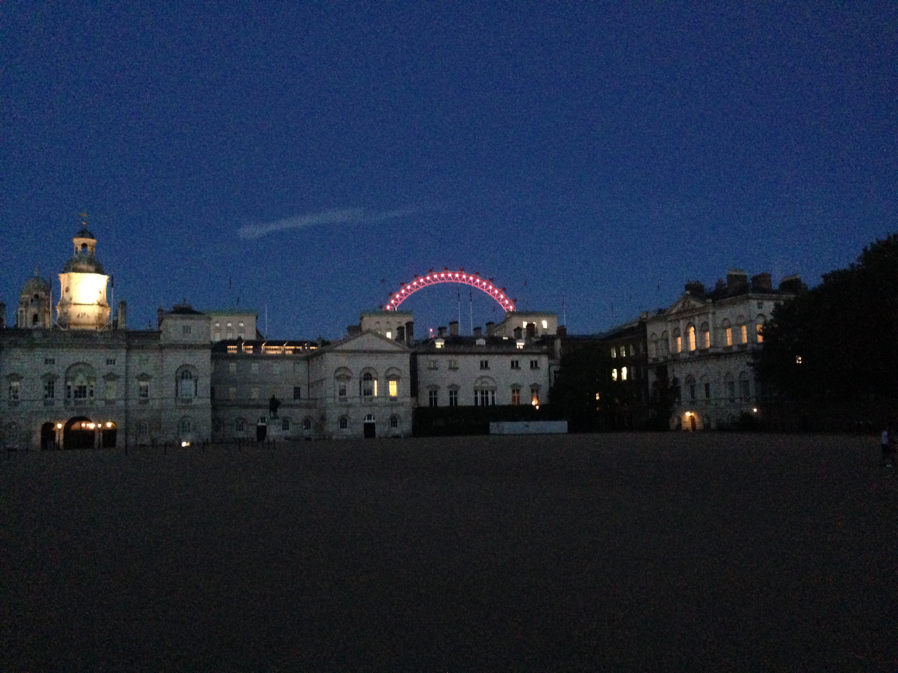 I stood there a long time trying to conjure an image and finally came up with this extended metaphor:

“Against the sky already turned midnight blue and above the roof of the working stables, the half-arc of the London Eye, miniaturized by distance, formed a maraschino rainbow, each tiny car an exquisite cherry.”

It is my hope that such an image improves a reader’s reading experience.

Artemisia Gentileschi – A Painter to Know 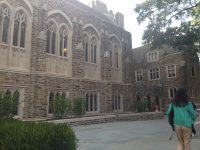 Novels and Movies and Plays, Oh My!