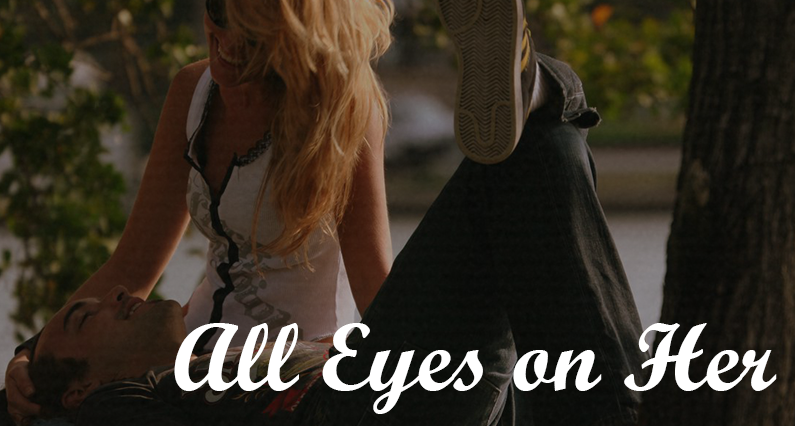 Lately I’ve been reading New Adult fiction, mostly sports-themed romances. A recurrent feature of these stories has caught my attention. It’s the moment in the narrative when the heroine experiences “all eyes on her.”

One story, featuring a college football hero, has the wildly improbable scene where the star player leaves the field in the midst of the game and runs into the bleachers to embrace the heroine. Their kiss appears on the stadium Jumbotron.

Another story, featuring a college Mixed-Martial-Arts hero, has a line something like “Have you ever had a hundred girls hate you all at once?” The heroine asks this rhetorical question when she is leaving the cafeteria with her hot MMA boyfriend, and she is the envy of every girl within eyeshot.

The experience of “all eyes on her” is new to the heroine. It’s embarrassing, but it’s also pleasurable. She basks in the reflected glory of her guy and witnesses her own desirability, of which she was unaware or unsure, in the eyes of her potential rivals.

Because the stories revolve around a star athlete, the possibility his girlfriend could become the center of attention is highly available. However, it’s not inevitable, and I can imagine storylines involving star athletes without reference to Jumbotrons or crowded cafeterias. The persistence of such “all eyes on her” scenes across New Adult fiction suggests less about their storylines and more about their psychology.

James Pennebaker, a psychologist at UT-Austin, has long studied pronoun use. (See his book The Secret Life of Pronouns.) He has interesting results for who is more likely to use the first-person pronouns I, me, mine and under what circumstances. For instance, women use the first-person pronouns more than men, truth-tellers more than liars, people who are afraid more than people who are angry. 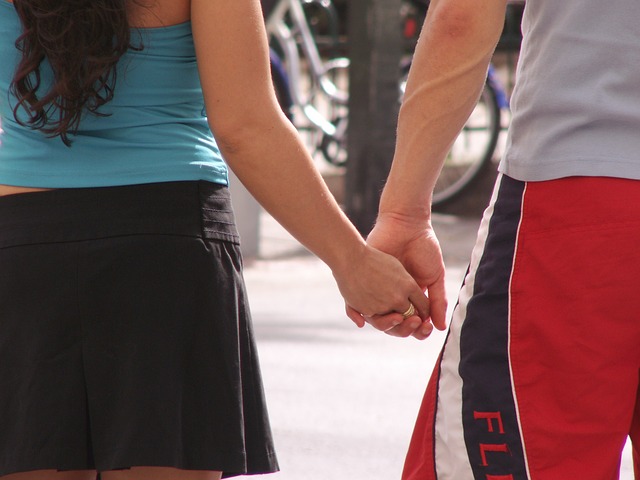 Of pertinence in the present discussion: young people use more first-person pronouns than older people. First-person pronoun usage peaks at around ages 12 – 13 and declines thereafter. Notably, New Adult fiction is overwhelmingly told in the first person, and the stories often switch between the I-narration of the hero and heroine. So it is age appropriate for the new adult narrator to consider his or her point of view of paramount importance, and it is entertaining for the reader to enter into it, as well.

However, it’s not the narrative choice that interests me. It’s rather the regularity of the moment when the heroine is the center of everyone’s attention and the way the scene works to affirm the heroine’s place in the world. She is because she’s seen.

The other day I was channel surfing and caught a few minutes of Ellen. It happened to be her birthday. This circumstance moved her audience to rapturous applause, prompting me to wonder: Why such rapture? (Obvious answer: because when you sign up to be an audience member of a talk show, you have signed up to show the host exaggerations of love.) Ellen received the love graciously if not also somewhat complacently.

Celebrities, red carpets, star athletes, Jumbotrons. Adoring fans with all eyes on X, Y, Z and, hopefully when it’s my turn, on me. We all want that. Don’t we?

No, not all of us. It might be because I’m not in the New Adult Fiction demographic, or it might be because I’m a middle child, but I’m generally happy when no one is watching. Growing up, when the spotlight was on someone else (my older sister, my younger brother), I was left alone to do what I wanted.

We’re now in this curious place, technologically speaking, when all eyes really are on all of us all the time.

In a recent article in Psychology Today Jennifer Golbeck notes that in walking down the street, going online, and using our phones, we are broadcasting data about ourselves, mostly unaware of who is collecting the information on our whereabouts, our habits, and our purchases. Goldbeck quotes Scott McNealy, co-founder of Sun Microsystems, to the effect that, “You have zero privacy anyway. Get over it.”

Here’s the dark side. We’re all stealth celebrities now.

Clearly, writing a blog cannot be considered a self-effacing act. It is, however, a good place to try out ideas, to come to some clarity about how I understand the craft of writing romances, and to suggest to others ways to appreciate it. We authors need you, our readers, if only to tell you that adult self-affirmation comes from within.