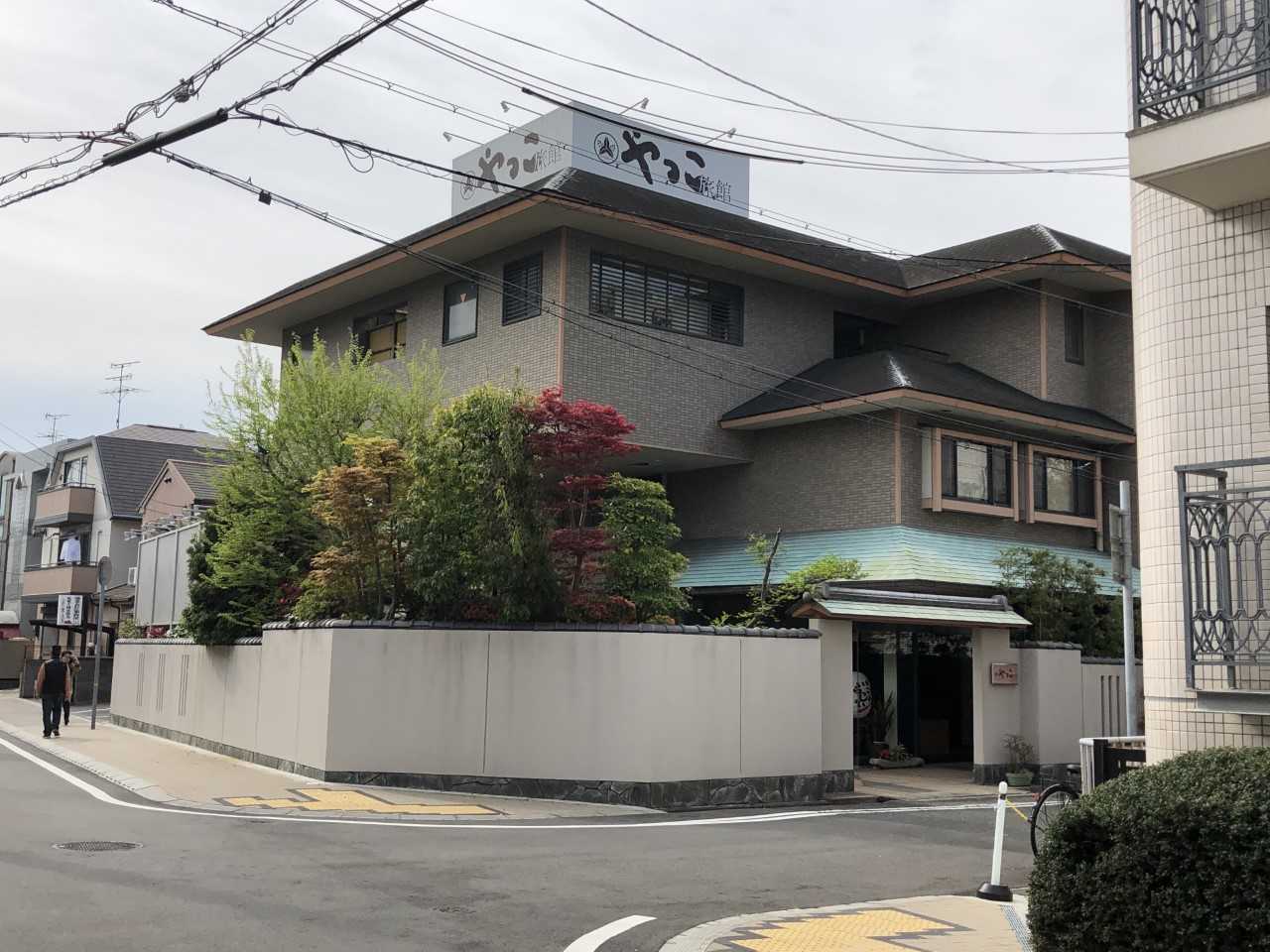 I arrived in Japan last week, my major stop being Nishinomiya where I’n visiting with my younger son, Gerard. Nishinomiya is between Osaka and Kobe, and I’ve been here before. I specifically requested my lodging to be Yakkoryokan. Because it’s a popular place, Gerard made reservations here for me a long time ago. Since it is my home base for the month I chose it for the title image.

Here’s the entrance to Yakkoryokan: 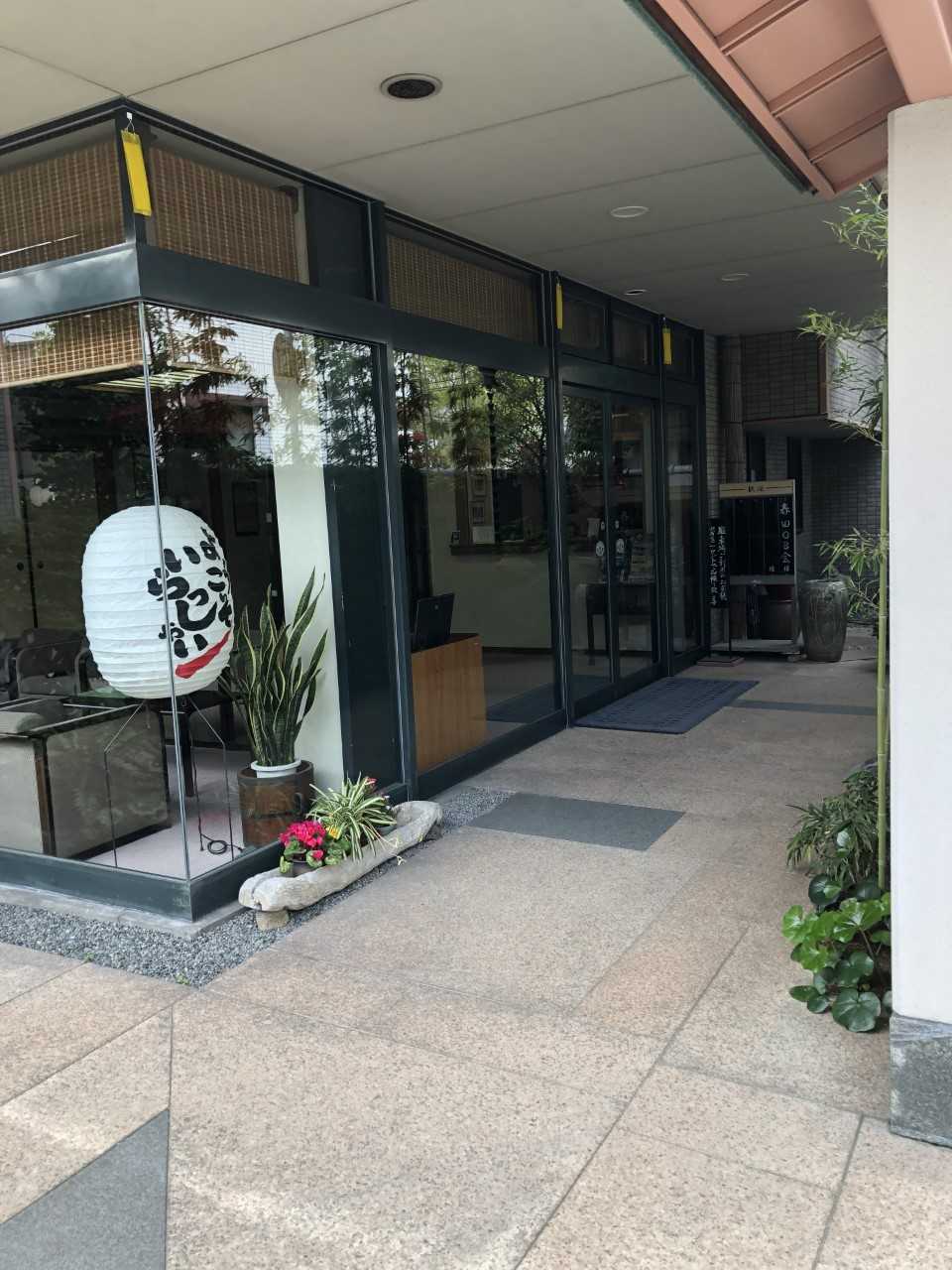 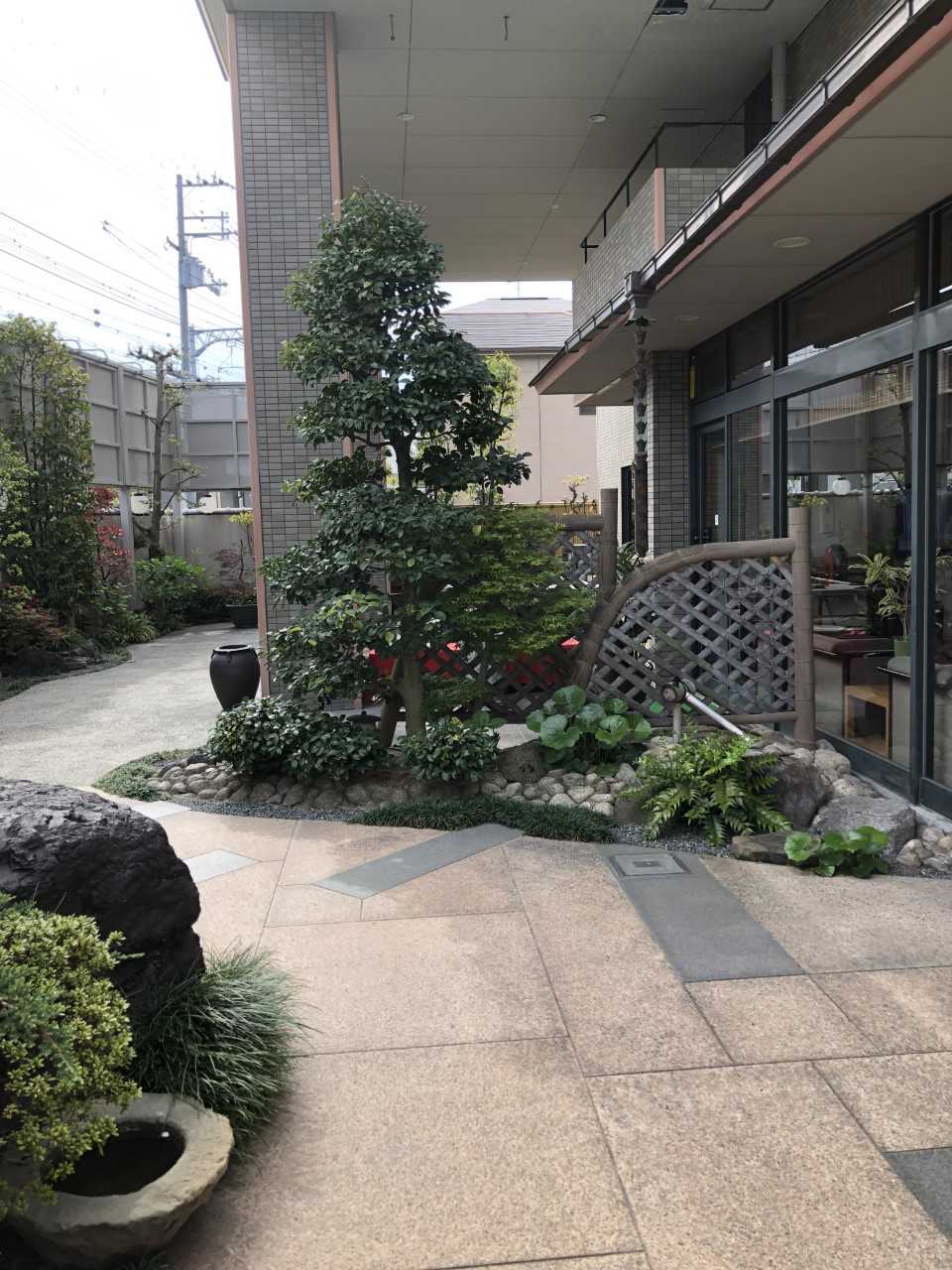 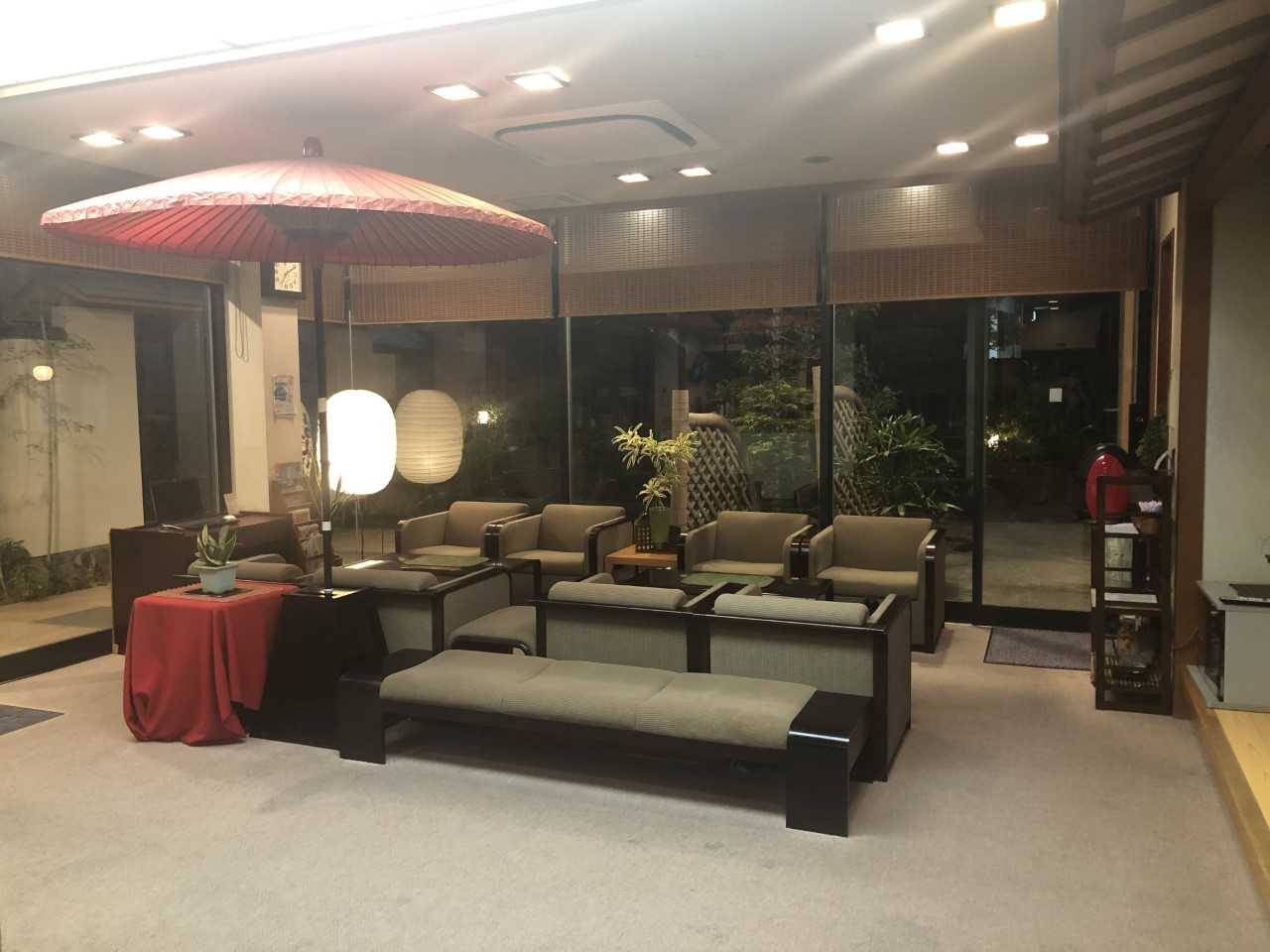 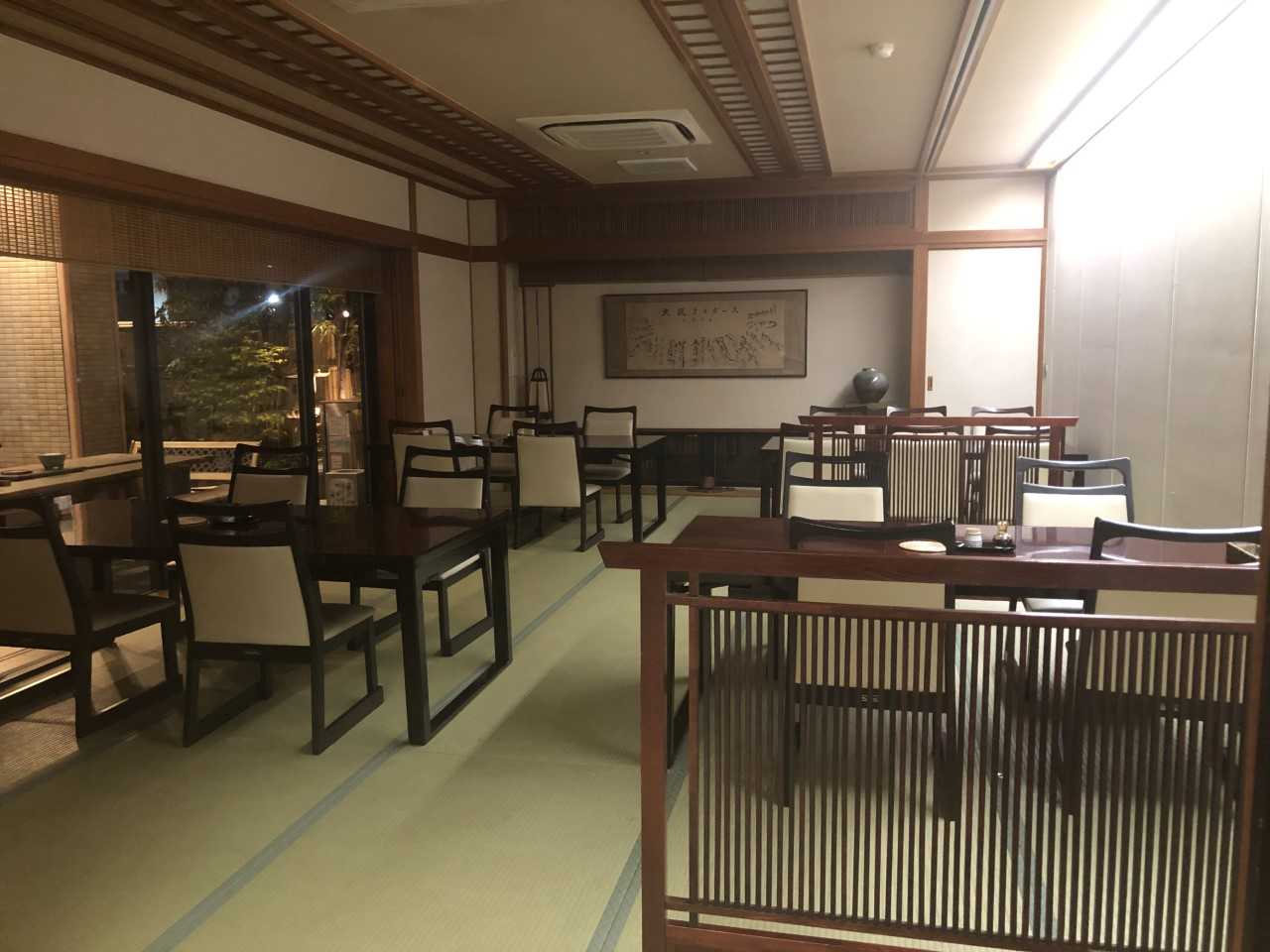 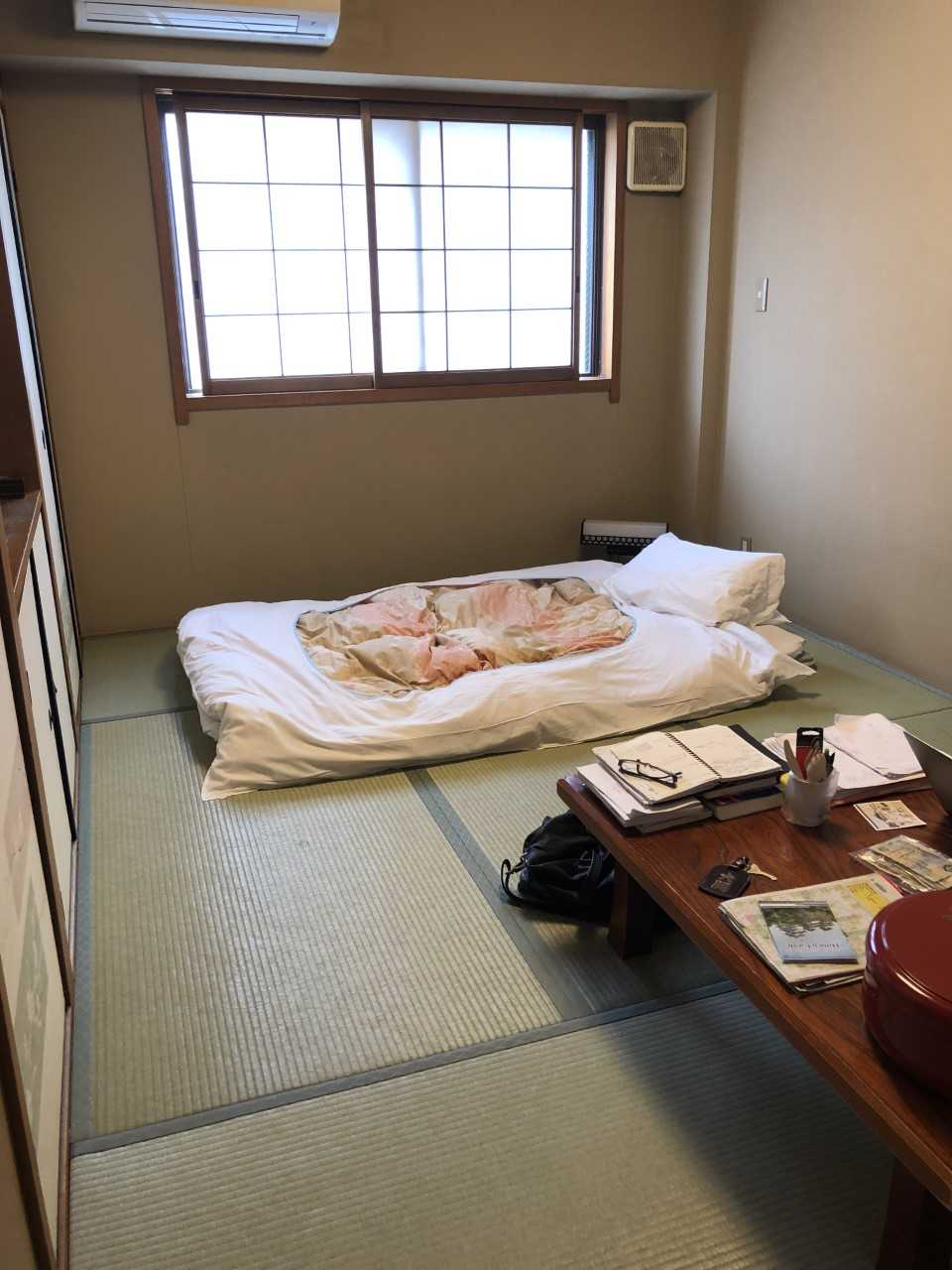 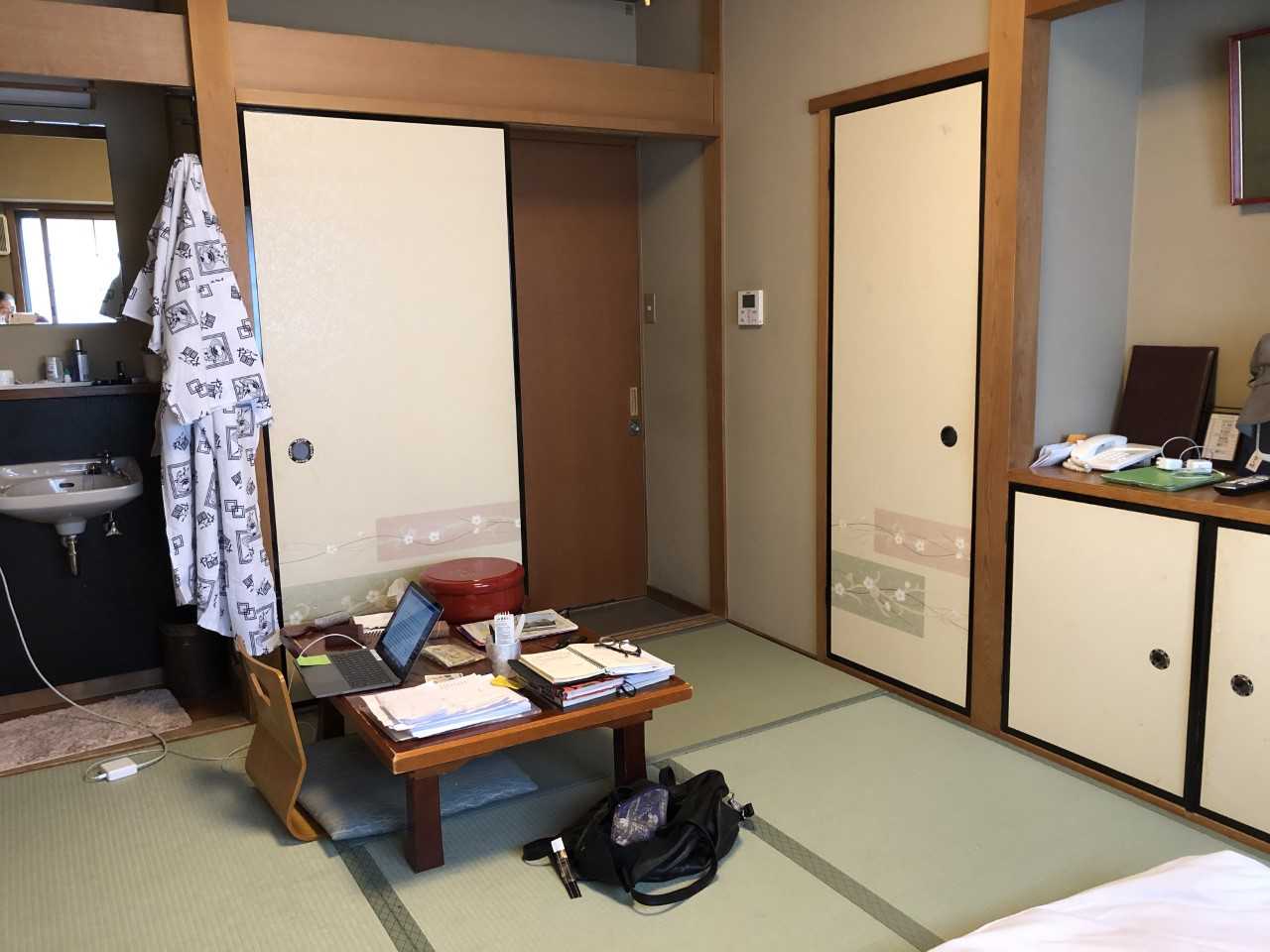 The women’s toilet is across the hall. I always stay in hotels with a bathroom in the room (!). However, for some reason here, I don’t mind going across the hall. It’s only 2 feet away. And since I think I’m the only woman on my end of a small floor, I’m not sharing it with anyone.

Here’s the view of the street outside my window: 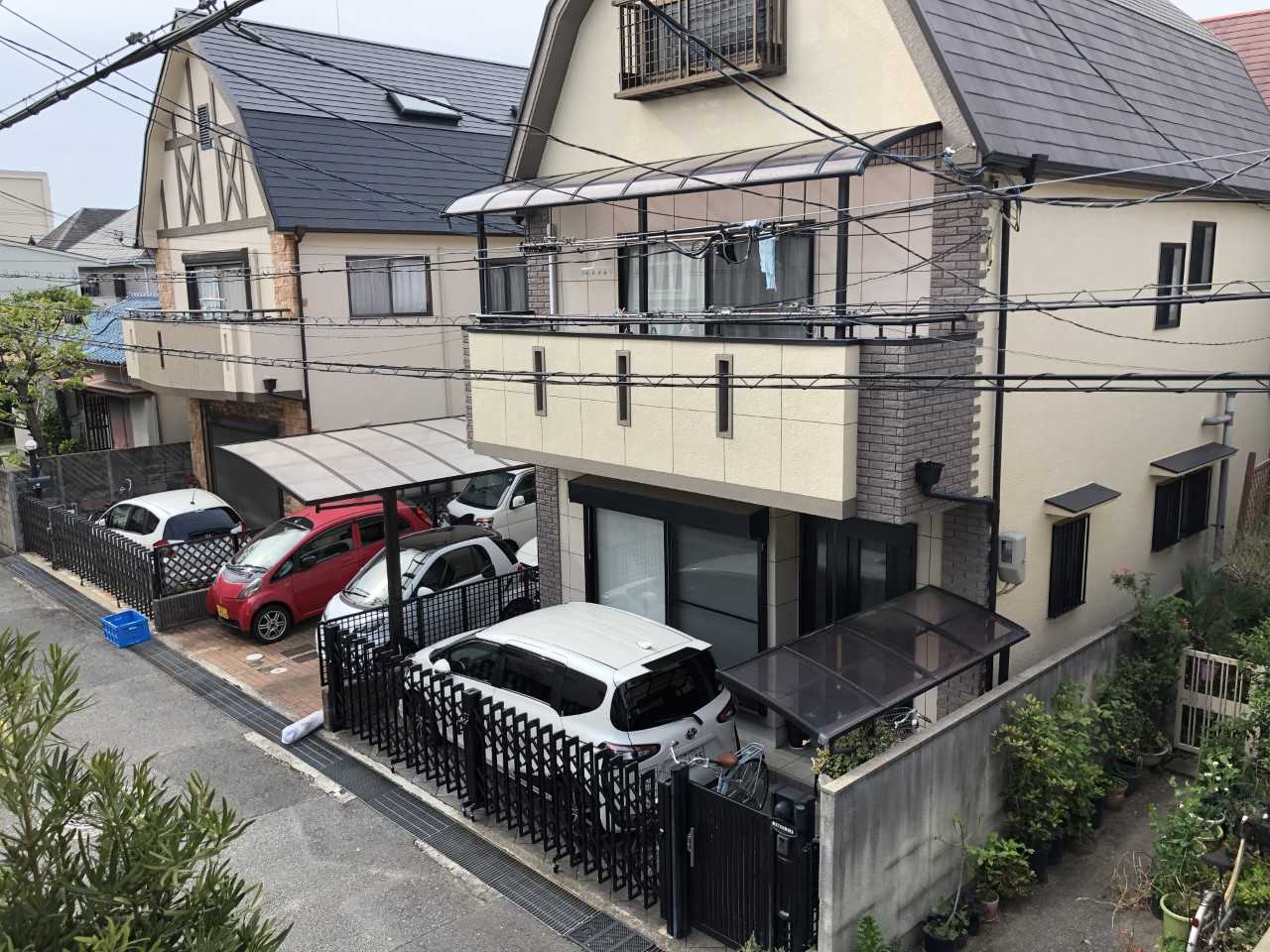 How in the heck do they park their cars like that? It’s obviously possible, although it seems next to impossible

As for the bath, it’s upstairs … and happens to be an onsen ‘traditional Japanese bath.’ 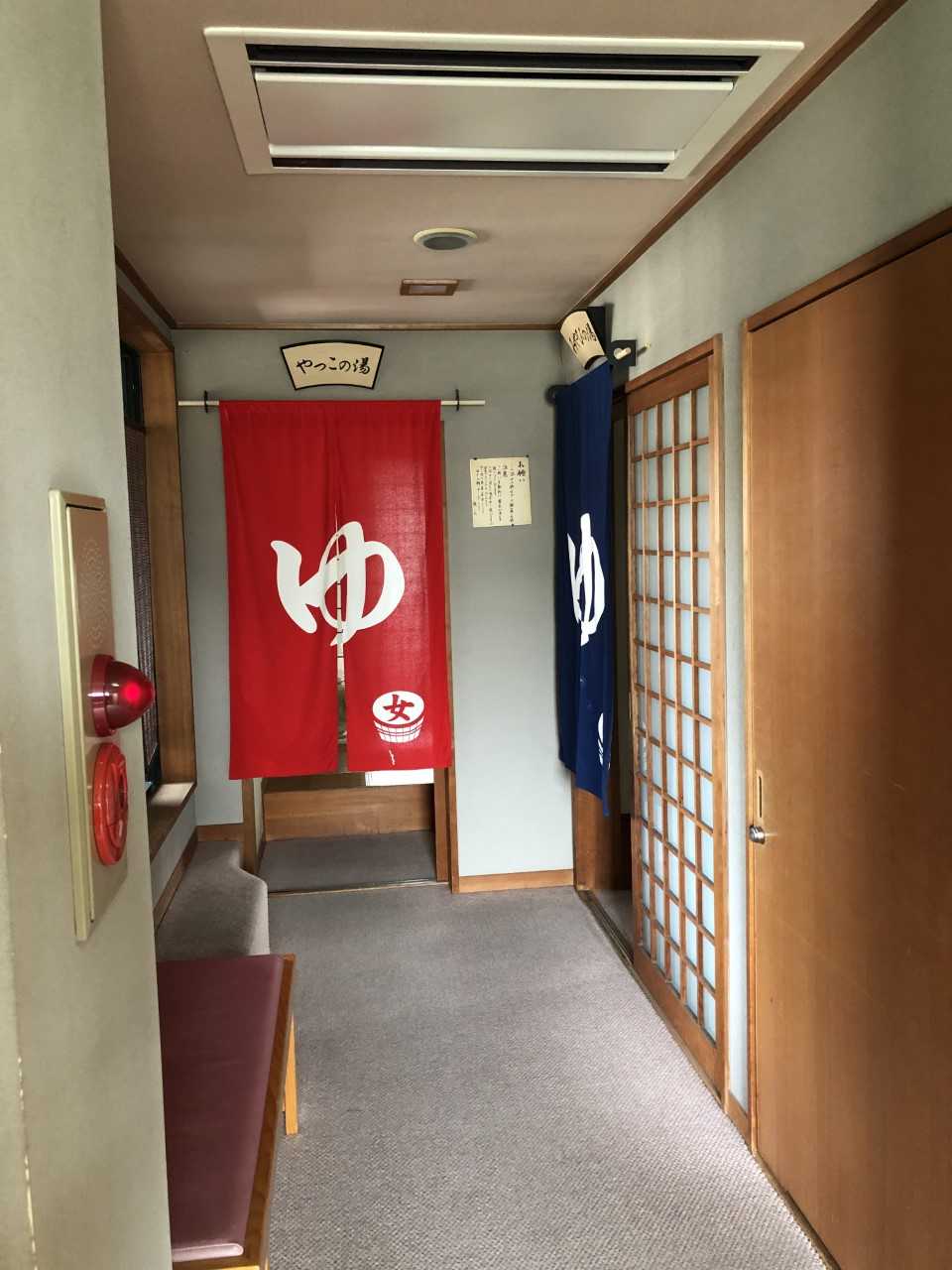 The big character in the middle of the red curtain means ‘hot water.’ The one in the lower right that looks like it’s on a drum is the logogram for ‘woman.’ Red is for women, blue is for men. You do not want to this one wrong.

Inside there are individual places to shower/rinse off – which you must do three times – before getting in the hot pool to soak. You do not use the pool to get clean. You use the pool to relax.

I do find the onsen relaxing, which is why I always choose to stay in a ryokan. (For privacy and relaxation purposes, no pictures.)

My train station is Koshien 甲子園 . On the building in the upper left of the image, below, the first three large characters are for Koshien. The fourth character is for ‘railroad.’ Koshien is on the Hanshin line. 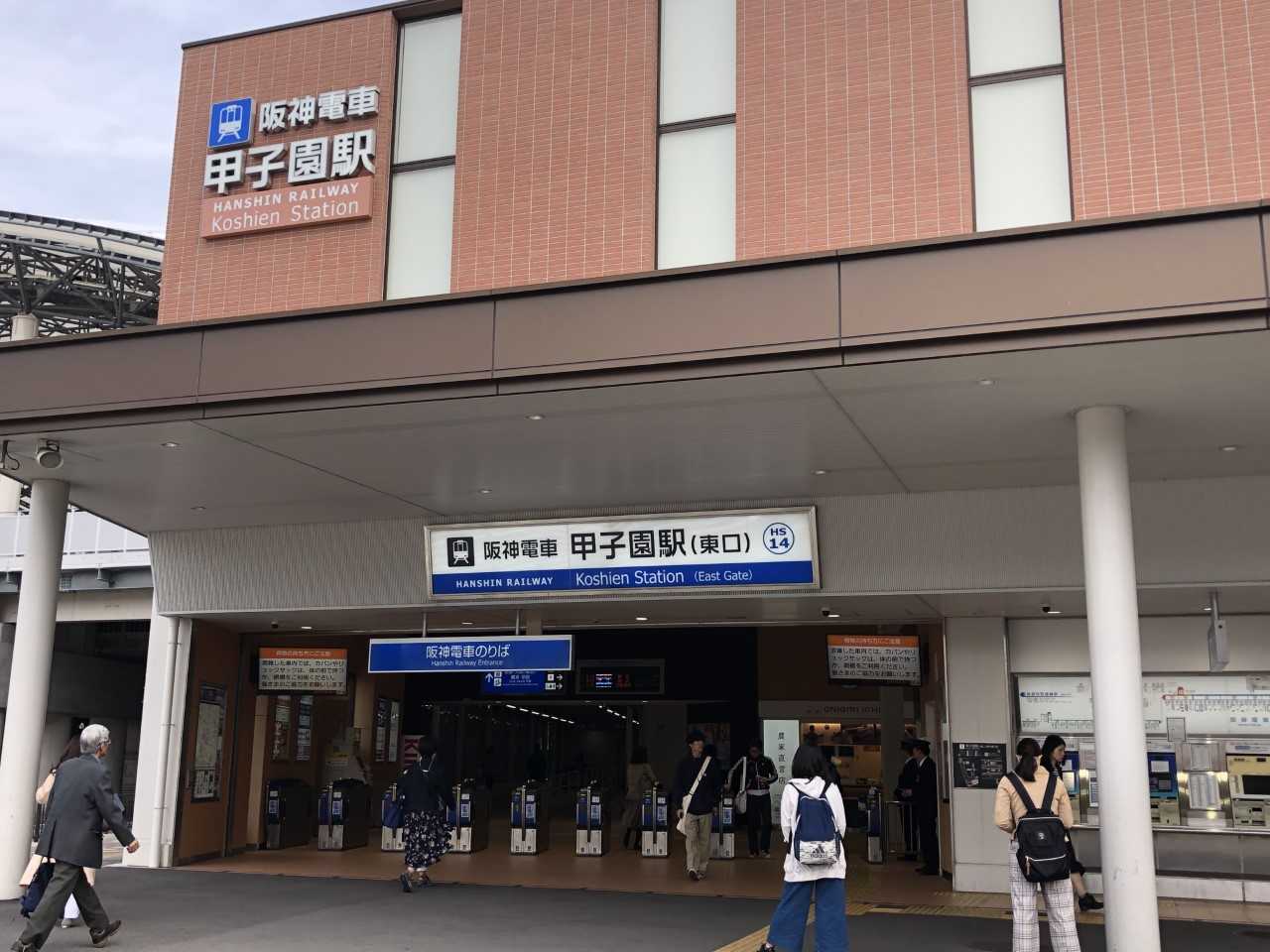 My ryokan is a block and a half, at most, from the entrance – amazingly convenient

Kombini = convenience store. This Asnas is across from the station. 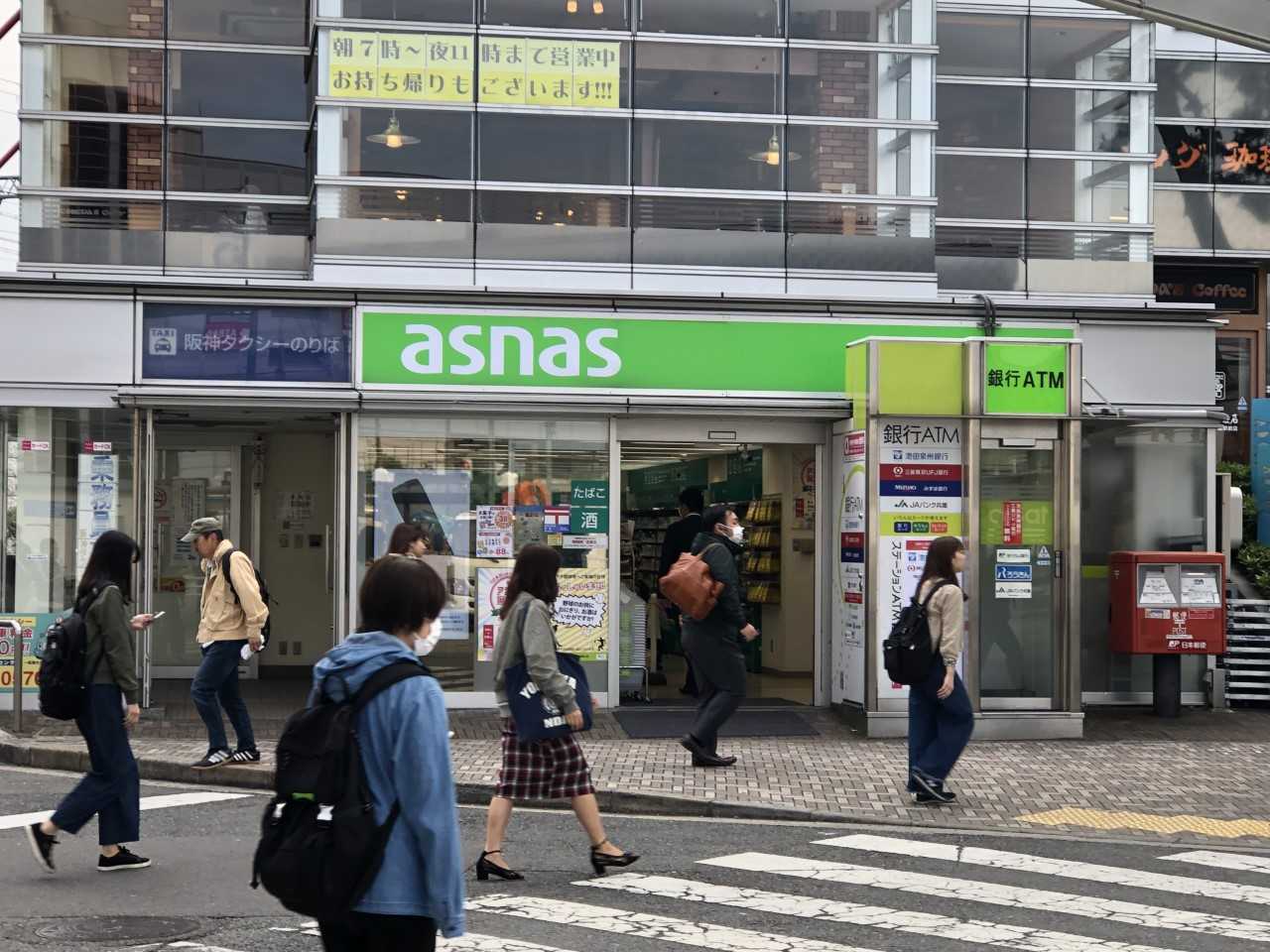 Konbini is a perfect example of Japanese English, as is Makudo ‘McDonald’s’ and Famima ‘Family Mart’ (another popular convenience chain)

I often come here in the mornings to get tea and onigiri ‘rice triangles filled (with different things)’: 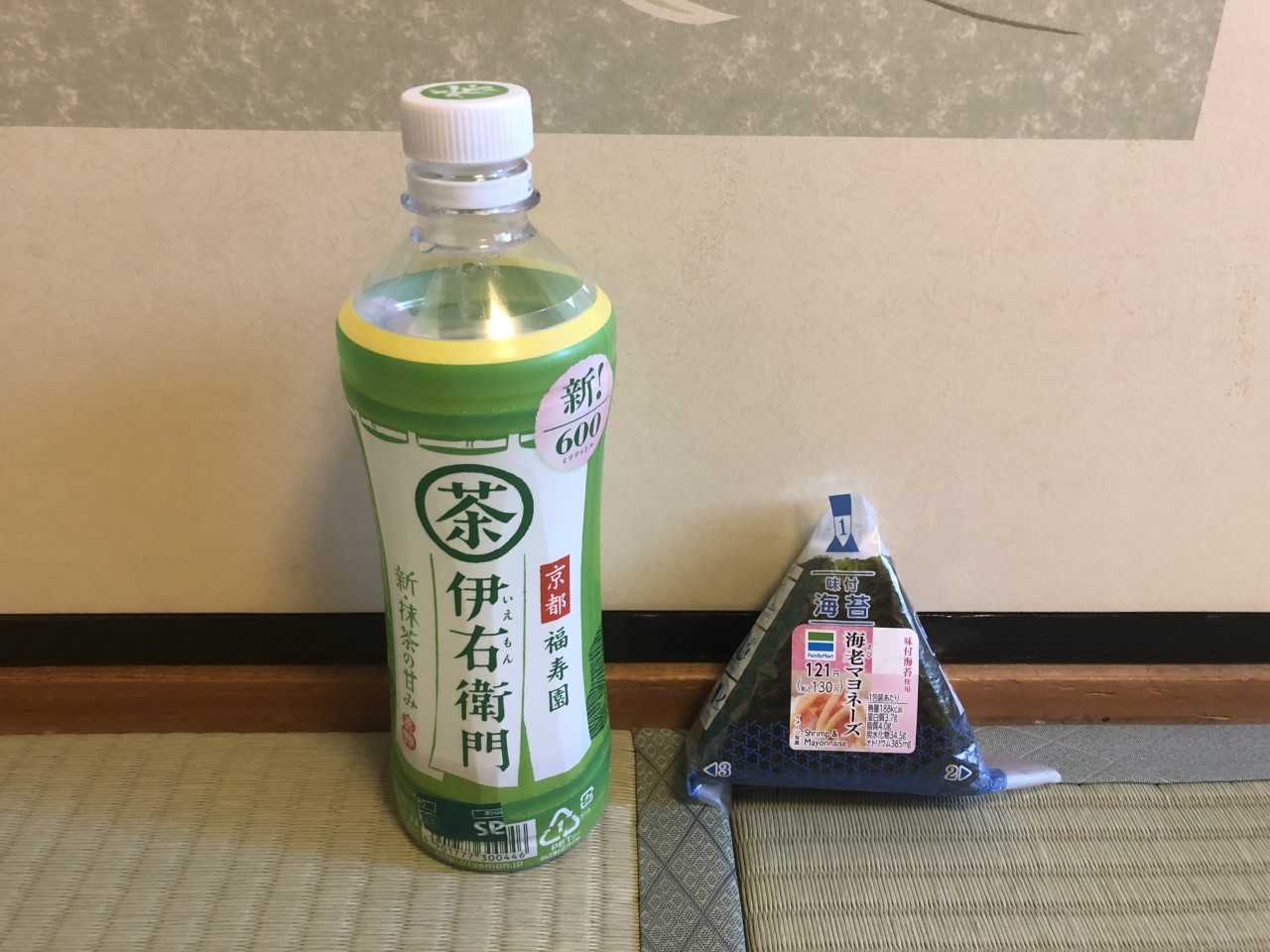 in Japan Nishinomiya is synonymous with besubaru ‘baseball.’ Everyone knows the Hanshin Tigers (pronounced ‘tie-ga’). Their stadium is at most a five-minute walk from my ryokan. 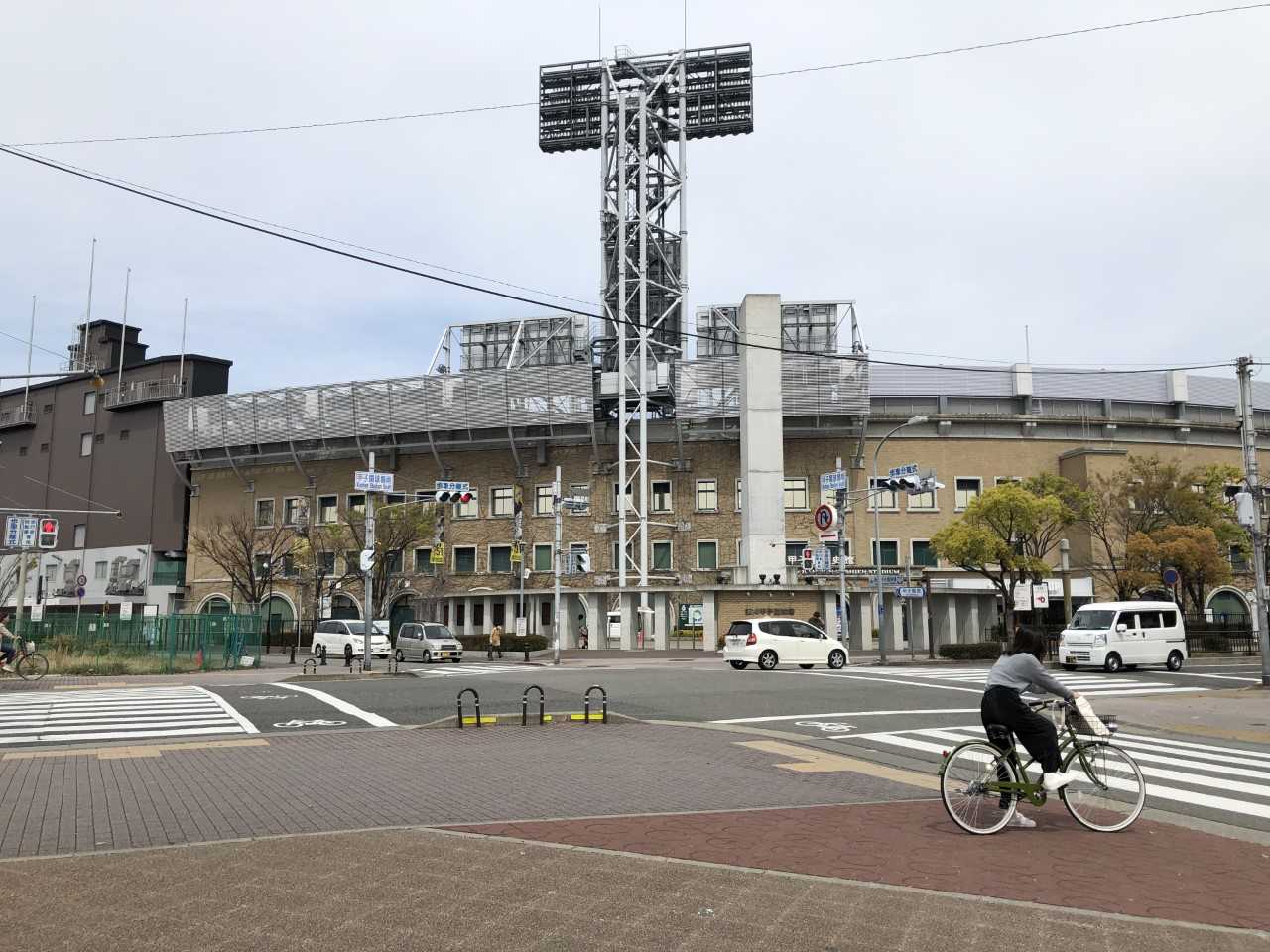 Their gear is sold everywhere and worn by many. You can buy it at the stadium: 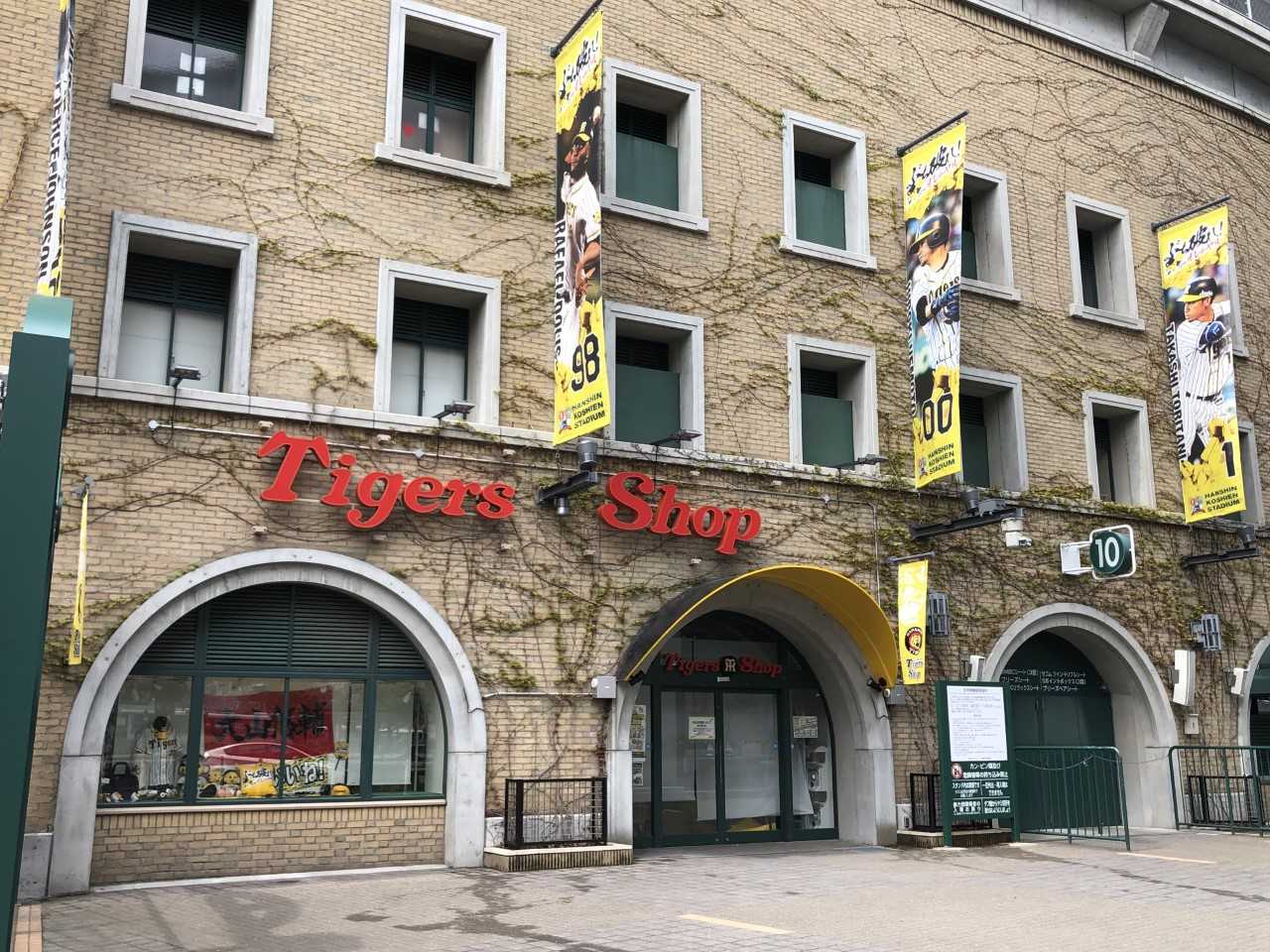 But not to worry, if the stadium shop is closed, Tigers shops abound around town: 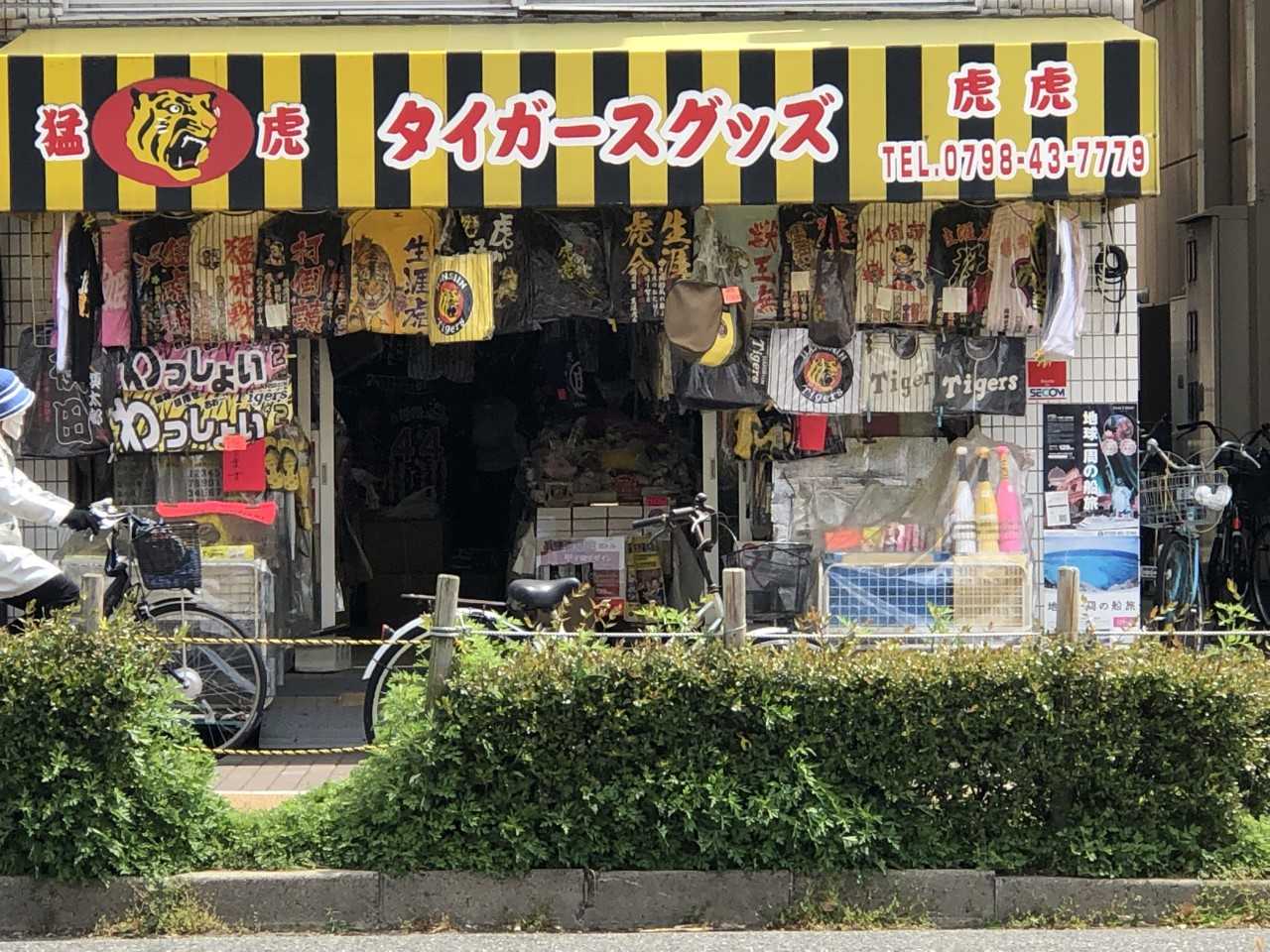 You really need a lot of paraphernalia during a game. 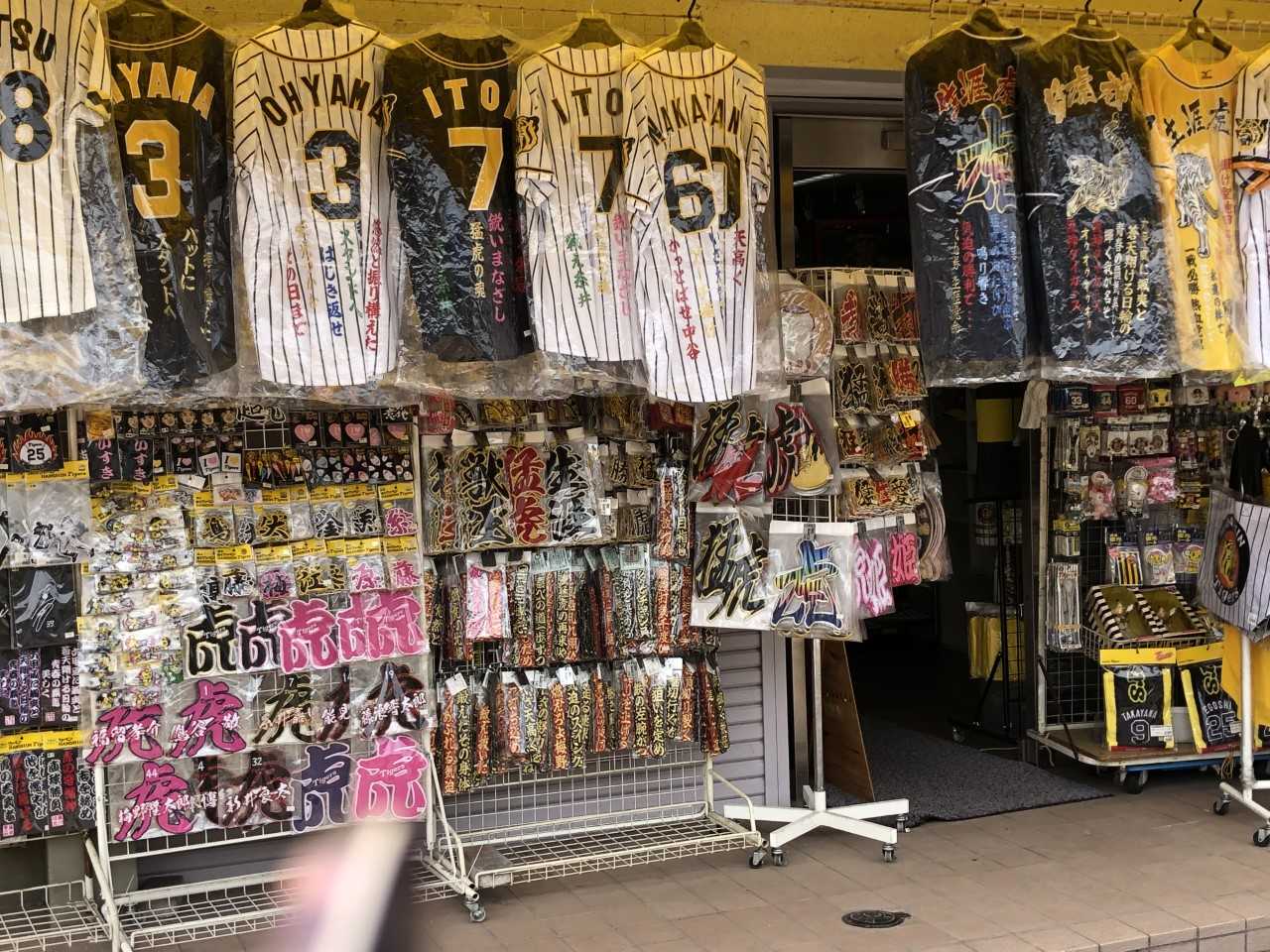 It looks like Yusuke Ohyama (infield) and Hayato Ito (outfield) jerseys are popular – I had to look them up!

Of note: my ryokan is so popular because of its proximity to the stadium. It is now baseball season, and that is the reason Gerard had to make my reservation so far in advance. My ryokan is full-on Tigers devoted.

Here is example of a case from the lobby which you see when you first walk in: 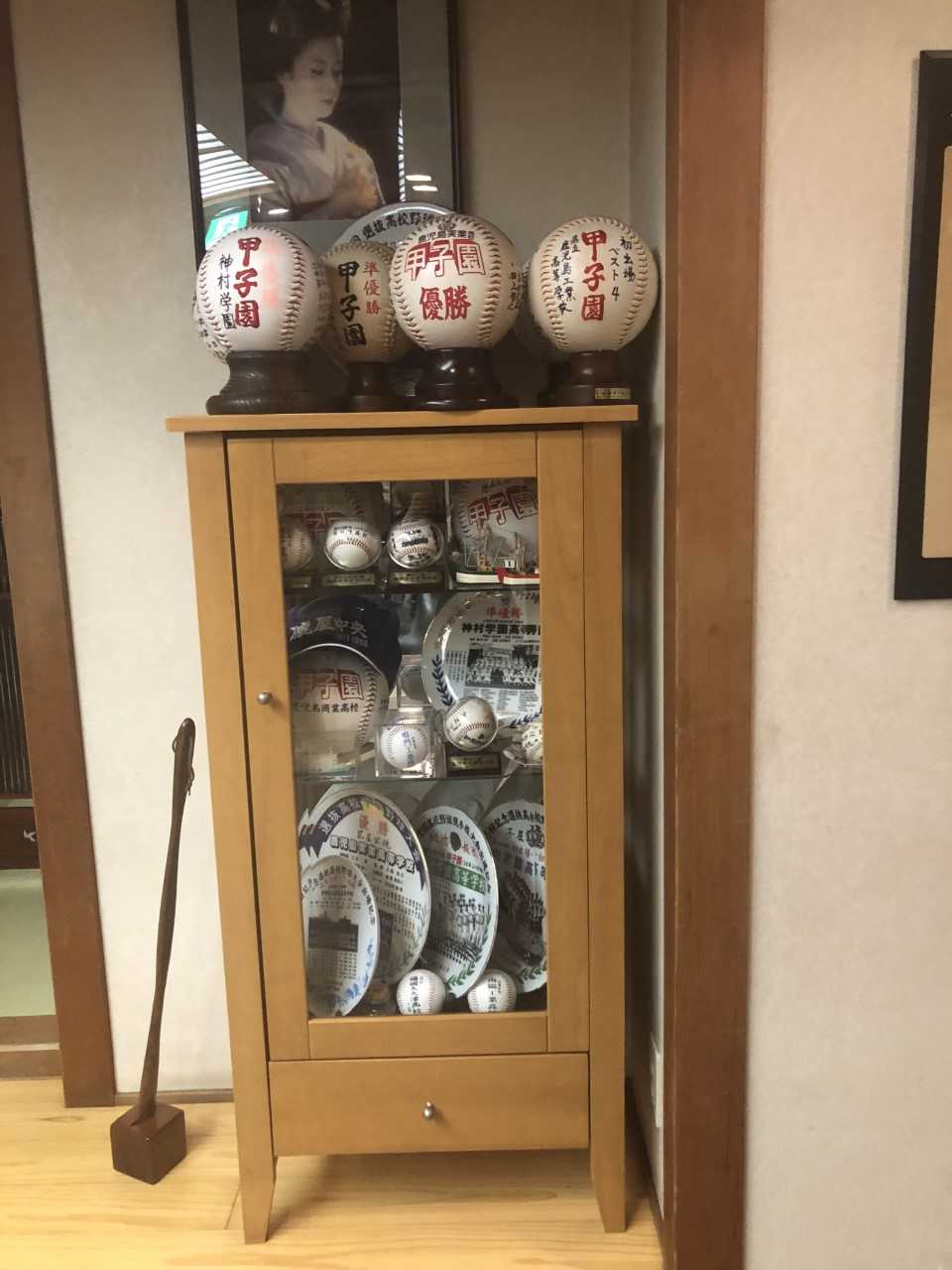 I won’t show you pictures of all the baseball memorabilia in the ryokan, but I can assure you it is everywhere – except maybe in the onsen.

Need a Tigers-themed taxi? No problem! 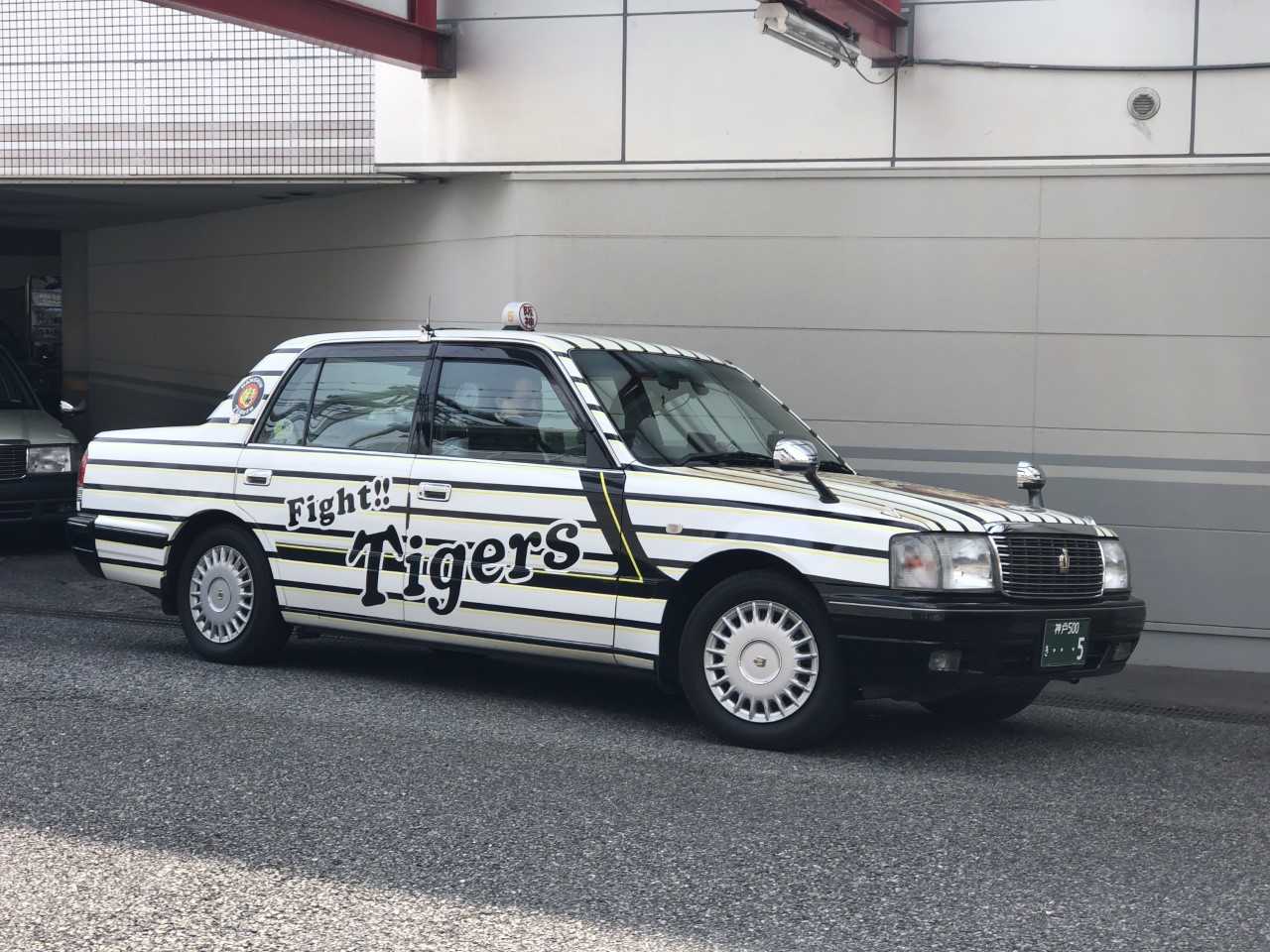 This is a baseball town. Hard core.

There are basically two: Corowa, on one side of Tiger’s Stadium 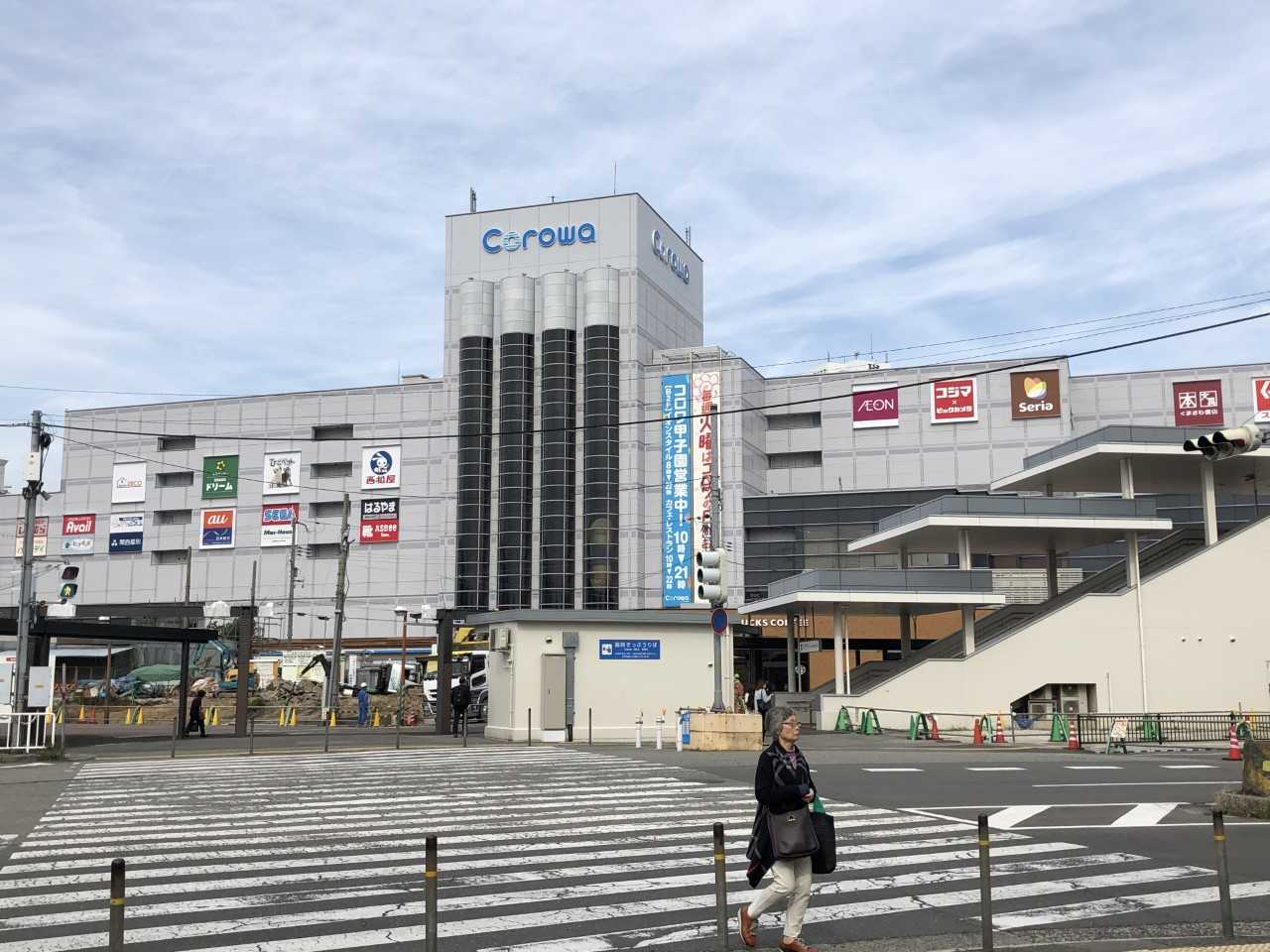 Starbucks has crept in everywhere. You can glimpse it in the middle right, the brown facade, with the letters -UCKS COF–E just visible. I’m sure it wasn’t there two years ago when I was last here

And Lalaport, across the street from Tiger’s Stadium 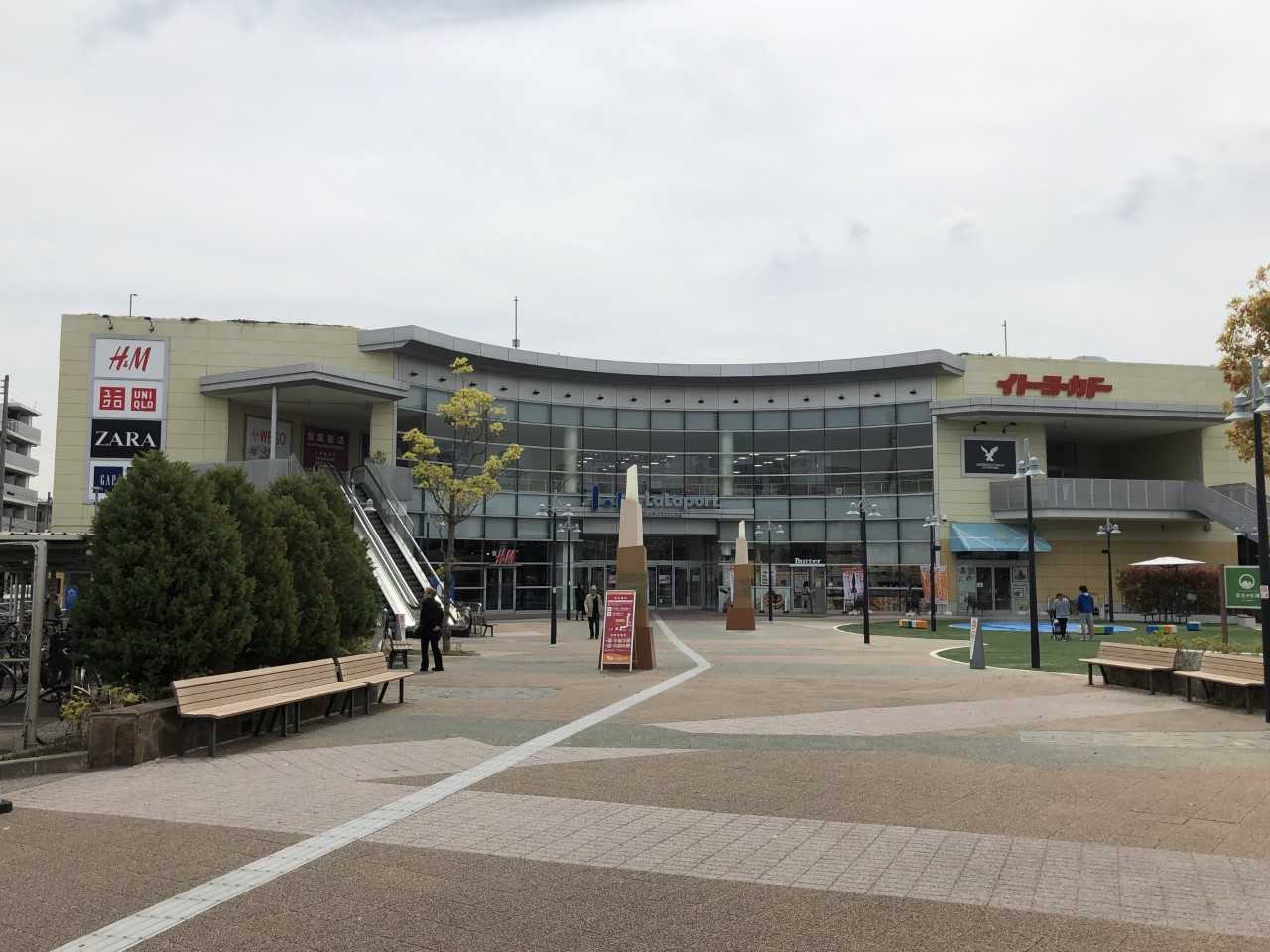 At Lalaport I had this sighting of a Tigers fan in full regalia. 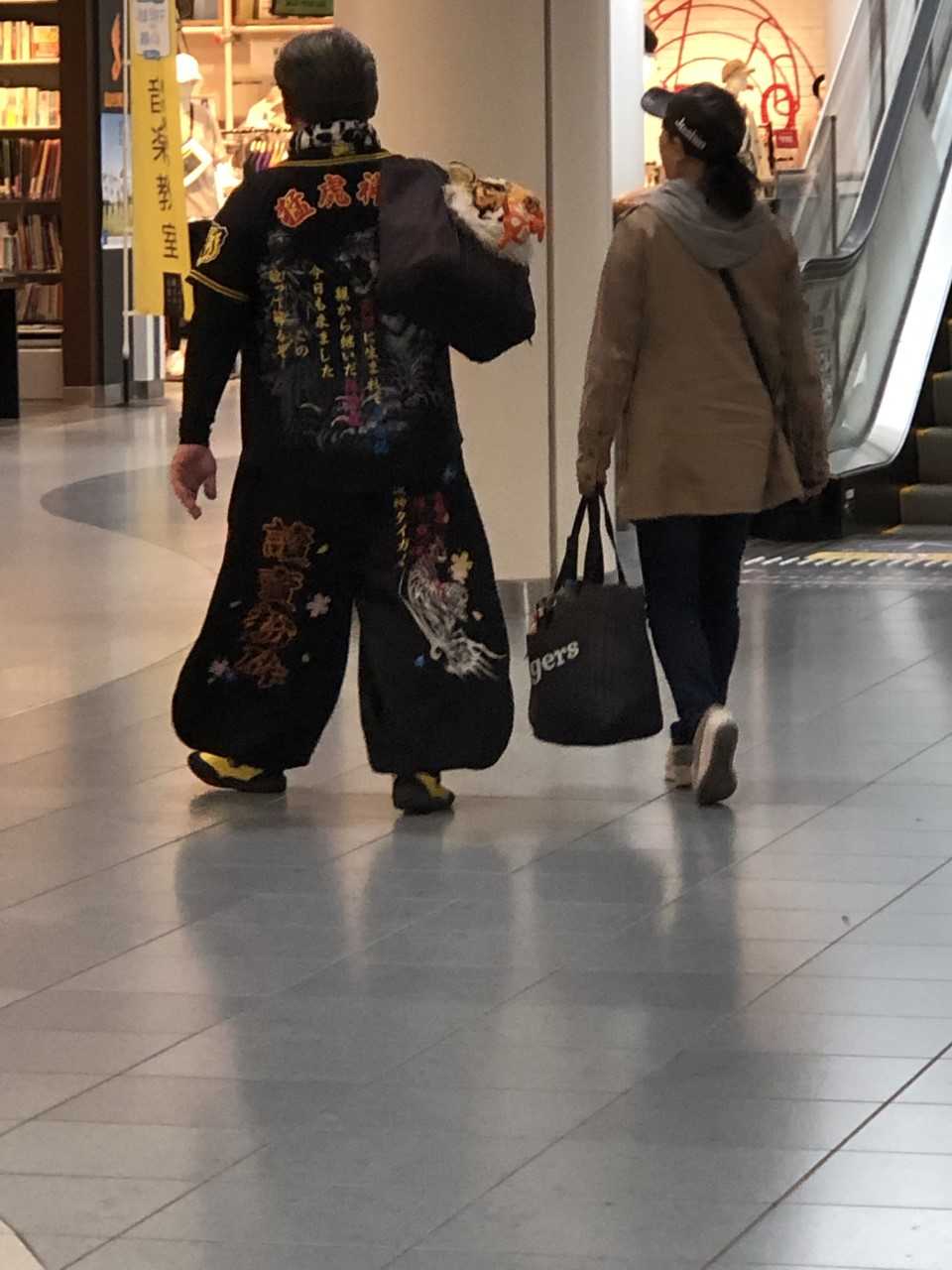 I guarantee the front of his outfit is as elaborately decorated as the back. I respect his privacy by not photographing his face.

An izakaya is a traditional, neighborhood restaurant. It’s not quite fast food, and it’s not quite a diner, but it has elements of both.

Mine (that is, Gerard’s) is Torisan ‘Mr. Chicken’ 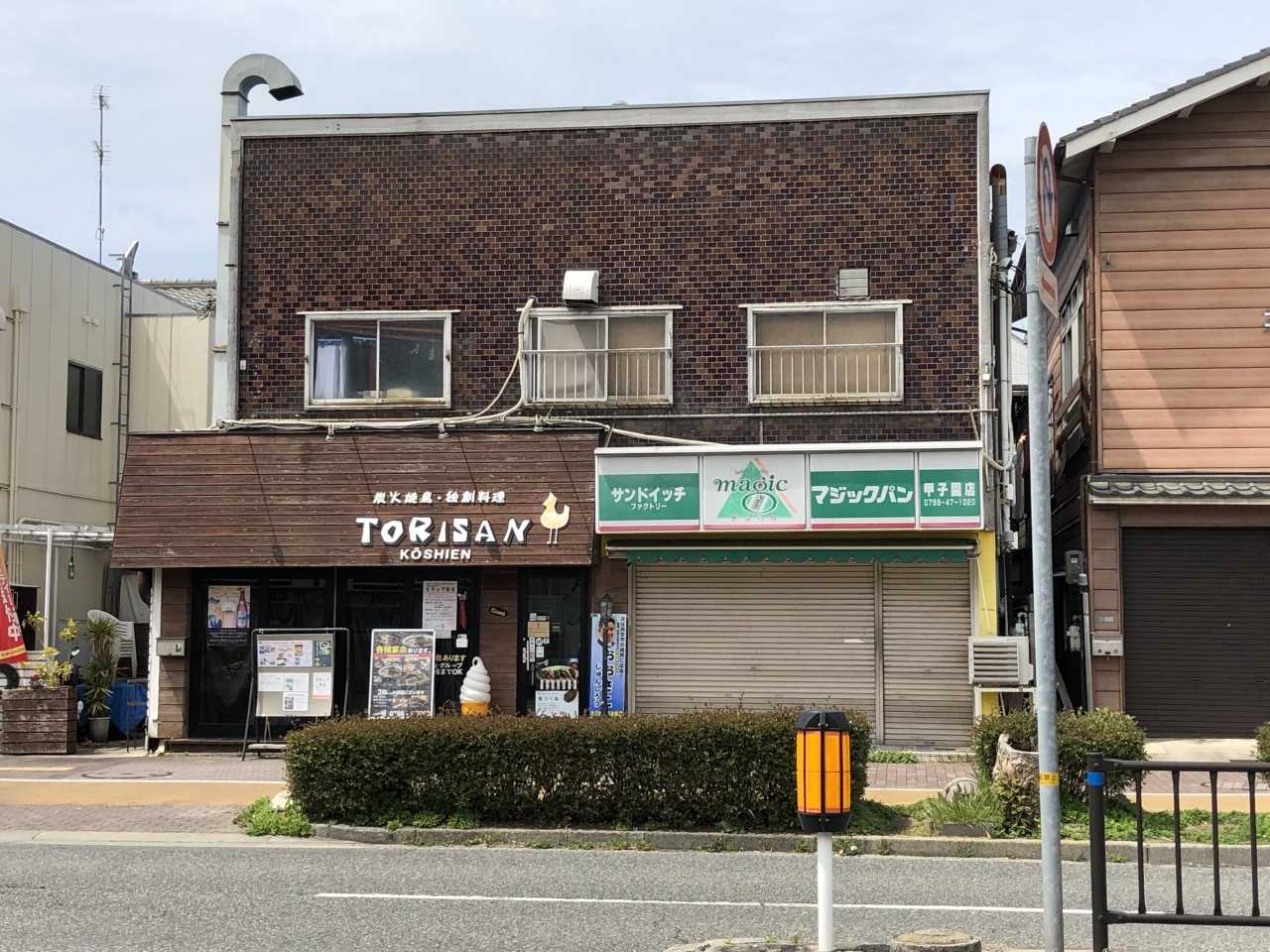