Romances are also invisible. They are put in bedside drawers and not displayed either on coffee tables or on bookshelves. Sometimes they sit in paper bags at the back door, waiting to be taken to be taken somewhere such as the local library swap shelves or the used bookstore.

Indeed, the silence surrounding romance novels is deafening. In his 2011 book The Program Era: Postwar Fiction and the Rise of Creative Writing, Stanford professor Mark McGurl approaches fiction as if genre fiction didn’t exist. His goal is to explain the kind of fiction that has come out of MFA and creative writing programs. However, there isn’t even a gesture toward the possibility that the category ‘fiction’ is somewhat broader than he imagines, and of course romance is by far the biggest of the genres.

McGurl’s leadoff author is Nabokov, who taught creative writing at Cornell and who is quoted on the experience of reading the literature of geniuses: “Let us worship the spine and its tingle ….The study of the sociological or political impact of literature [is] for those who are by temperament or education immune to the aesthetic vibrancy of authentic literature, for those who do not experience the tell-tale tingle between the shoulder blades.” McGurl responds: “Although one can credit Nabokov with not forgetting the physicality of aesthetic experience, tingle worship would not cut it as an approach to literature even among academic critics as eager as he was to protect literature from politics and sociology.”

Note: romance readers are looking for a tingle, and it’s not between the shoulder blades.

On October 31, 2014, the symposium “Story as Evidence” was held at Duke. I went as both a novelist and a linguist interested in the symposium’s goal to investigate the differences and similarities in the approaches to narrative found in the humanities and the sciences.

While there, I was much struck by the presentation by a doctor from the School of Medicine at Columbia. She is a physician who wants to elicit from her patients the singular narratives about their lives as a way to understand their illnesses and how to treat them. She spoke of the singularity of each patient’s experience and how important that singularity is. She showed us examples of the work of the abstract expressionist painter Mark Rothko.

I thought her descriptions were beautiful and applied to how I might begin to raise understandings of the romance novels whose whole reason for being is the investigation of individuals experiencing the mysteries of love: that plunging into doubt and delight, fear and elation when facing the power of this most basic experience of human connection.

I was excited to be seated next to the physician at dinner. I explained how I was a romance writer and had been much impressed with her account of the artist’s journey, and how I wanted to use it to raise the profile of romance. The conversation was not, ultimately, successful. After the usual back and forth about romances being formulaic, etc., it finally broke down when she asserted that the difference between a romance writer and another kind of (real/literary) fiction writer was: “Talent.”

I don’t blame her for her negative attitude toward this huge, wide-ranging genre. In one conversation it’s not possible to rescue the romance from the silences and misunderstandings surrounding it. Nor can the whole of the genre ever be rescued. My question now is this: who are our singular writers? Who are our Bachs and our Shakespeares and our Rothkos? Jane Austen and the Brontes are already singulars. I further suggest Daphne DuMaurier and Jan Cox Speas. Other names, please. 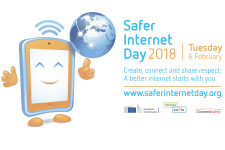