To illustrate my point about story magic I’ll use The Alpha’s Edge, a shapeshifter short story I just finished writing.

The Alpha’s Edge observes the Aristotlean principle of the unity of time and action (plus place). It takes place in a 24-hour time period on one street in London and involves an intertwined murder mystery-romance. At 28,000 words, it has 9 full chapters, 2 short final chapters and an Epilogue. 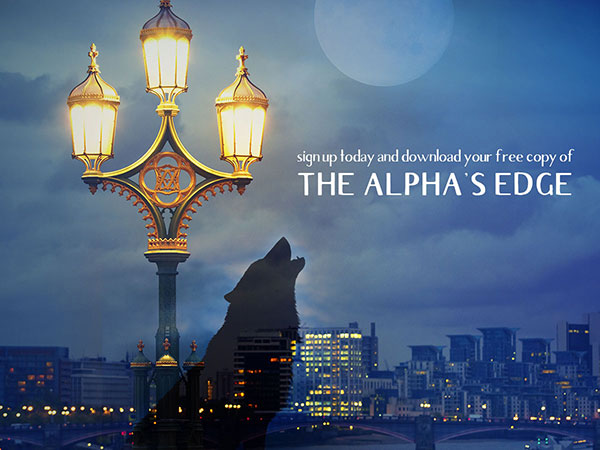 Writing Chapter One was a breeze. Chapter Two was okay. Chapter Three started to bog down. Thereafter I wrote myself into a serious muddle and then got really stuck.

When writing a paranormal, the writer needs to know answers to basic questions upfront, such as: Do the weres age faster than the humans? and Do the humans know the weres exist? So, I had some world building to sort through, but this effort wasn’t the source of my stuck-ness.

My problem was I didn’t actually know what was happening in my chapters or what was supposed to happen or what I thought should happen.

I got unstuck by using a trick I hadn’t thought of in years:

Old-timey novels used to have chapter titles. The first chapter of Moby Dick is entitled “Loomings.” Oooh, good one. I don’t mean for you to put your chapter titles in your published story (unless you want to). They’re to scribble on your manuscript.

I sometimes tell my undergraduates, when writing their term papers, to read through all their topic sentences in succession to see whether they see a forward movement of their argument or not.

It’s the same for your story. Titling the chapters of The Alpha’s Edge in terms of the main event of each chapter gave me focus. Although the titles do not appear in the final story, they helped me: move material around in the chapters I had already written; see where I needed to fill in; and stay on track with a forward progression of the plot.

I also jotted down the various character traits revealed in each of the chapters, making sure to deepen the characters with the development of the story.

Bone (characters) and muscle (plot) develop together. Or are bones the story (structure) and muscle the characters? Doesn’t matter.

Ideally, your story will be a continuous unfolding of events and characters. Characters are revealed through events, and characters affect events, just as events affect characters. I count dialogue as an event. Dialogue is, furthermore, a great revealer of character.

I know many talented writers write Prologues. However, I have a strong preference for presenting the backstory at the pertinent moment later on in the forward-moving events.

In The Alpha’s Edge, the reader knows from page one the hero is a werewolf and quickly learns he’s the head of a global security company. The full backstory for the heroine doesn’t come out until Chapter Eight. It wasn’t necessary before then.

In other words, get your characters moving and interacting from the get-go and then later provide backstory motivation, if necessary, for what they say and do.

Another way of saying this is to offer an old bit of writing wisdom: Start your story as close to the end as possible.

[For more advice on writing your book, check out my complete guide for writing a novel.]

The Sagging Middle is not just a problem confined to aging bodies. Many stories suffer from it, too. Flabby abs (here staying with the body analogy) is exactly what your story will have if character and plot are not developing together, if your characters are saying and doing the same things over and over, if your plot does not have an engine to keep it moving down the tracks.

Plot twists keep stories moving. In a short story there’s not enough room for an actual twist. In The Alpha’s Edge I went for a “revealer” at the end of Chapter Four (which I can’t reveal without spoiling it) that determined the action for the next three chapters. Then – and this is where happy story magic comes in – the events of Chapters Five through Seven set up the conditions for the climax of the story in Chapters Nine and Ten that I did not see coming.

The heroine even says to herself, “Should have seen that coming!” Neither of us did, however, but it made retrospective sense.

My point is: if you, the author, have done your job of getting plot and character to unfold together, your story will reward you down the line with showing you delightful things you did not expect.

Experiences like this keep bringing me back to my desk. I hope some of my tips work for you, too.

Note: If you sign up for my newsletter, you get a free download of The Alpha’s Edge. It’s the warm-up for the shapeshifter trilogy I’m planning: Book I werewolves; Book II werepanthers; Book III werebears. Good stuff!

Establish Your Game Plan: Tips for a Writing Career 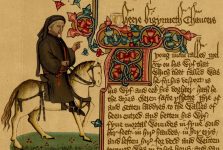 Prologues: Does Your Story Need One?