When it comes to plot development and character development there is no one creative process.

I was surprised to discover that the poet Yeats first wrote out in prose form what he then turned into a poem. It never occurred to me that poetry could originate in prose. I don’t know why it hadn’t, but the point is: Writers have varied ways of bringing their work to life.

Plot Development In Your Story

I know writers who have their stories well mapped out either in their heads or on paper before they begin to write, plot twists and all.

I am a long, long way from this well-thought-out creative method.

Sometimes I have in mind a central scene between the main characters I’m dying to explore. Then I imagine the initial conditions that would lead to such a scene, and I begin the story there. What follows from the central scene is then the logical consequence of all that came before. Before I start I have no initial idea what those logical consequences might be, even though I might have a sense where I want to the story to end up. 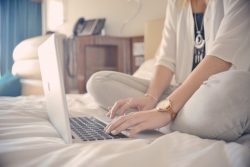 Sometimes I have in mind a theme and/or problem I want to explore, for instance: Is it possible to topicalize sex at every moment and still have a non-erotic plot? This problem got me putting together the elements that turned out as the Regency novella French Lessons.

For me, writing is a discovery process, first discovering “what happens” and then “what happens next.” I live by the motto: “If I’m not surprised, my reader won’t be either.”

Character Development In Your Story

Here is no surprise, given what I’ve just said: the only way I can develop a character is by getting the person up and running, moving through life, having thoughts, and interacting with others. I can’t know my characters in advance of getting to know them by writing them. Character development occurs along with plot development.

My latest story, Love After All (April, 2016), was inspired by my desire to explore how a relationship would go between two 50-somethings who are at the top of their professional game but rusty on dating chops. I chose two Manhattanites, Laurel and Gino. Upfront I knew Laurel teaches English at NYU and is the current Dean of Humanities, while Gino is a restaurateur. Beyond knowing their professions, I didn’t know much else.

For me plot development and character development go together, just as bone and muscle emerge together in the developing fetus.

I want absolutely everything my characters do and say to reflect who they are as individuals. It’s all detail with no one detail more important than the next.

Love After All opens from Laurel’s POV. Here are the first 3 sentences:

“I hear my phone ping in my purse. I’m dying to read the message, since I can guess who it’s from. I resist the temptation to look, because I make a point of never being on my phone when our doorman is doing his duty.”

Ah, I’ve now discovered that Laurel is considerate and polite. This opening moment could have gone another way, with Laurel unable to resist the temptation to look at her phone, at which point I would have discovered that she’s impulsive.

The more I got to know Laurel, the more I realized how she keeps herself to herself. I had a first sense of her self-possession near the beginning when, after a date with Gino she felt didn’t go well, she chooses not to talk about it with anybody. She just sucks it up.

Only toward the end of the story when Gino suddenly understands she’s reserved did I understand her nature as being one of reserve. Then it becomes Gino’s problem to figure out how to get her to open up to him. The key for me: it was Gino who named her fundamental quality for me.

How she dresses, how she speaks, her passions, her likes and dislikes, all these aspects of her personality get built up like a coral reef so that by the end both the reader and I have a good sense of who she is. The same goes for Gino.

My goal is always to make my plots and portraits interconnect so that the reader might say, “Yes, I understand how they go together. I see what they see in each other.”

Writing Life: How Tight Is Yours?