Pornography: “I know it when I see it.”

This phrase was famously used in 1964 by United States Supreme Court Justice Potter Stewart when he ruled that the French film, The Lovers, was not obscene and therefore not subject to banning from theaters. He saw the film and did not see pornography in it. He did not attempt to define the term ‘hard-core pornography.’

W.H. Auden implicitly defined the term when he wrote,“The proof that pornography has no literary value is that, if one attempts to read it in any other way than as a sexual stimulus, to read it, say, as a psychological case-history of the author’s sexual fantasies, one is bored to tears.”

I culled this quote from A.O. Scott’s review of Fifty Shades of Grey in the New York Times on February 13. In other words, the only function of pornography is sexual stimulation. It has no psychological – or (I’ll throw in) emotional, social, and/or political – interest or insight.

For Scott, the psychological make-up of the heroine, Ana, has “no logic, no pattern, no coherent set of causes or boundaries.”

And the hero, Grey? To Scott he’s a “blur and a blank – a screen onto which any given reader can project a customized masculine ideal.”

Thus, while Scott acknowledges that Fifty Shades the novel qualifies as pornography (all sexual stimulation, zero psychology), the movie version does not achieve even that much, since the sex scenes aren’t much different from other R-rated sex scenes.

I read the books a couple of years ago and saw the movie last week. I can think of a few reasons for their great popularity:

#1. The story is told in the first-person by Ana. This means the reader gets to hear about Grey’s dark side and dark past without having to experience any of his emotional, psychological, and physical pain directly. The first-person narration allows a titillating look at scary kink from the relative safety of a vanilla perspective;

#2. Ana is completely ordinary; Grey is completely extraordinary. Ana’s wide-open non-specific first-person frame allows any woman to enter it and to have Ana’s experiences along with her. So I put the blur and blank on the heroine, while Scott puts in on the hero. We’re probably both right.

Note: Ana’s ordinariness vis-à-vis Grey’s extraordinariness positions her as a ‘naked aspirational heroine.’ Her lack of self-sufficiency makes the narrative a rescue fantasy for her on an economic level. See my post on The Romance Heroine.

Whether or not the Fifty Shades version is also a dangerous one is up for debate. There’s a mother lode of psychology here, but it’s also true Fifty Shades doesn’t mine it.

#4. The story is unencumbered by plot; it’s easy to read.

Near the end of his review Scott asks the money question: “Why do so many women read these novels even though they have no literary value?”

Although I applaud his answer “For fun,” his question raises four more for me.

First, the phrase ‘these novels.’

What novels? Does Scott mean the three books of the Fifty Shades trilogy? Perhaps.

Unfortunately, however, literary critics/ cultural commentators asked the same question about romance novels some decades ago now, and it was a version of: Why do so many women read such crap when there is really good literature available? I recall one version of the question cast in terms of food: why eat a crummy fast-food hamburger when you could dine on a juicy steak?

Second, if Fifty Shades has no literary value, how does this judgment have anything to do with the potential literary value of any other novels so many women read?

Third, what’s literary value? (Possible follow-up: Why should anyone read anything with it?)

Fourth, why the puzzlement?

It’s been obvious for the last two hundred years at least that women like a certain kind of story. They prefer it to other stories. It tastes better to them. It engages them, which is to say it doesn’t bore them – here taking Auden’s boredom threshold as some kind of litmus.

If a critic doesn’t understand so many women’s reading tastes, the problem is not with their tastes.

What they like? They know it when they see it. 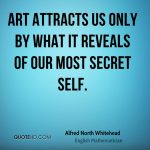