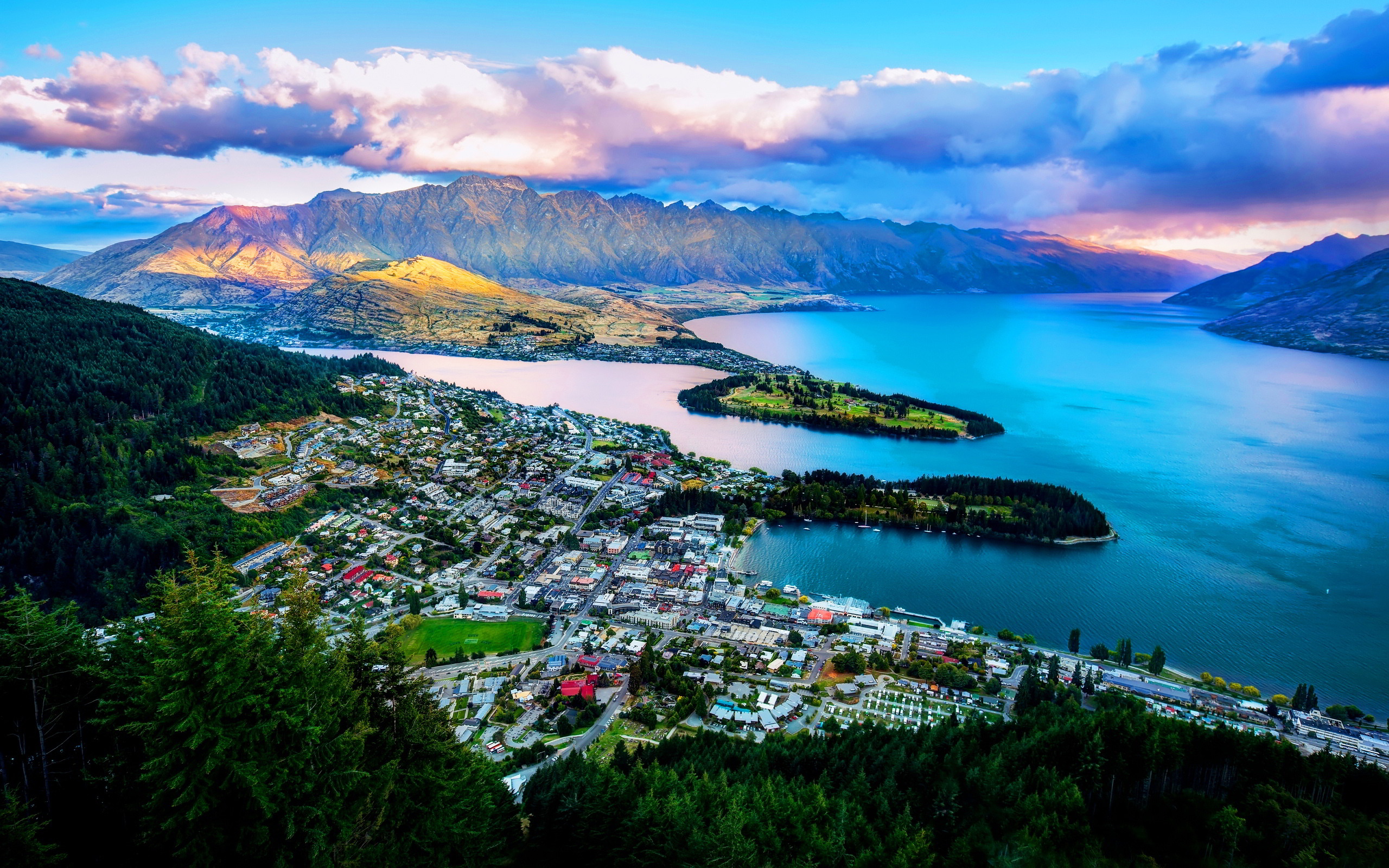 Title image: Lake Wakatipu with Queenstown nestled around a bay, South Island. The chain of mountains across the top has the memorable name: The Remarkables

In our North Island journey from Auckland to Rotorua we saw plenty of gorgeous countryside. For instance, a twenty-minute drive from our hotel in Rotorua gave us this view 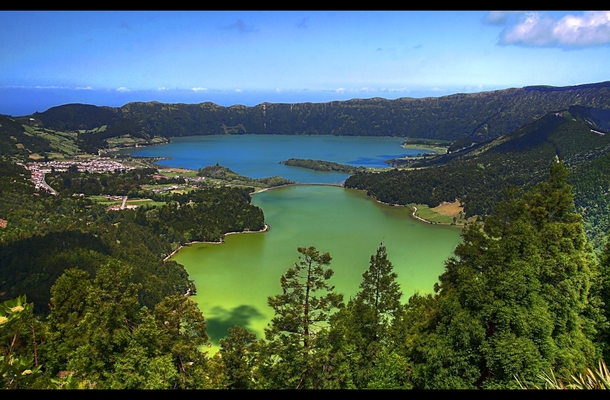 Green Lake, Tikitapu, and Blue Lake, Rotokakahi – this locale is full of hiking trails and dotted with what look to be vacations homes.

New Zealand has volcanos. Historical note: In 1886 the village of Te Wairoa, near Green Lake, was buried by the eruption of Mount Tarawera. We didn’t go visit the village itself but we did stop for coffee here 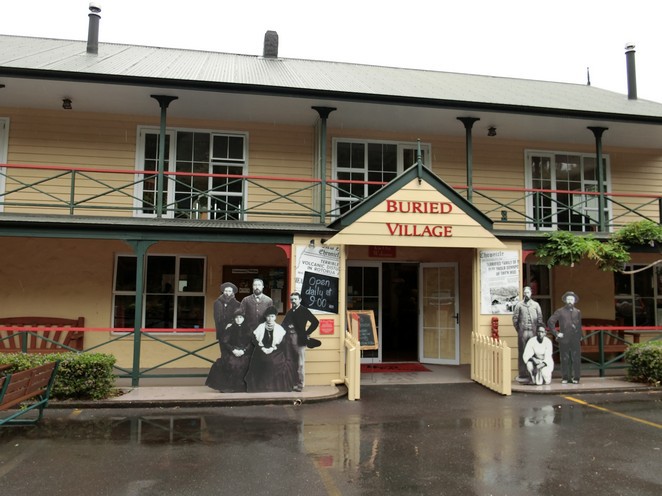 So the North Island has its attractions – and volcanic dangers.

However the South Island is even more spectacular – and perhaps even more dangerous, given that Christchurch suffered a 6.3 earthquake in 2011. A topographical map will give you the idea 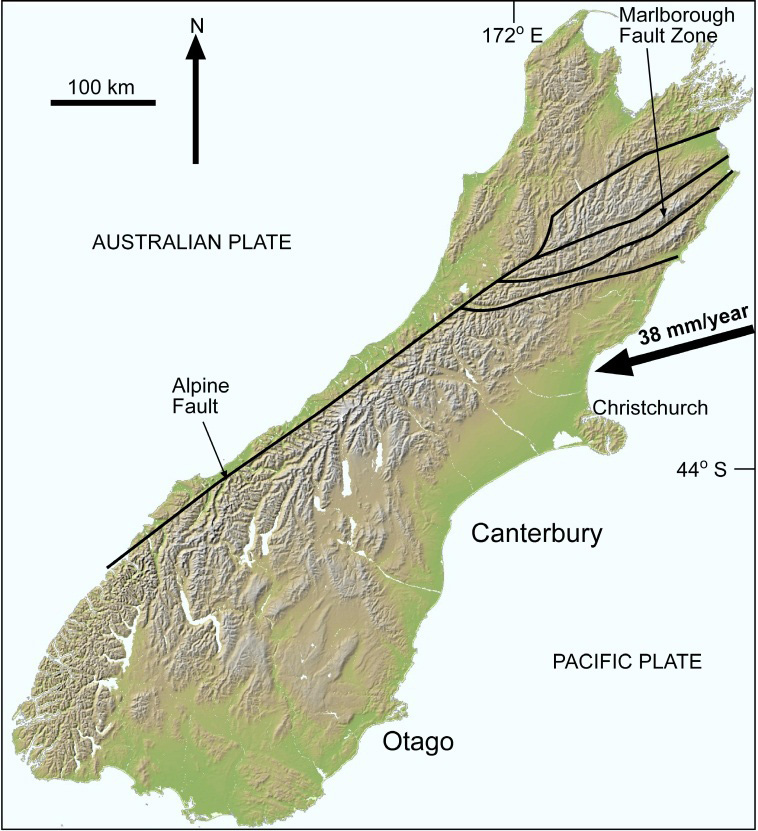 Lake Wakapitu is the long zig-zag inland lake in the lower quarter of the island. Queenstown is on the north point of the right-hand zag.

As you see, the South Island is a long series of mountains and lakes, making it a hiker’s paradise in summer and a skier’s paradise in winter. Queenstown seems to be a global hangout all year round, packed as it is with bars and restaurants. 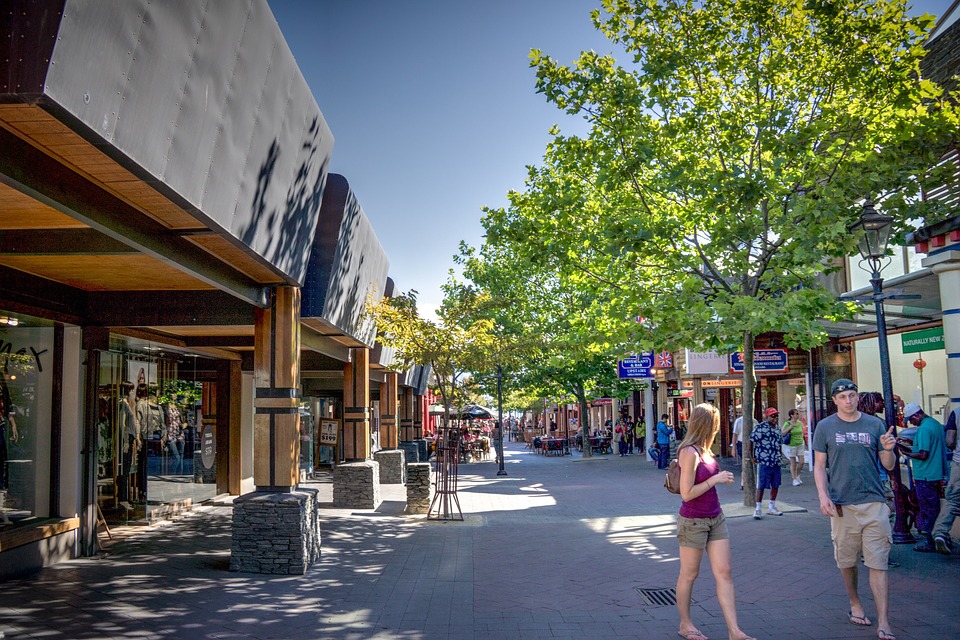 The sky cleared by the afternoon but when we started out in the morning the sky was cloudy. We stayed at Q-T, a new boutique hotel, and here’s the view of the lake from my balcony near sunrise 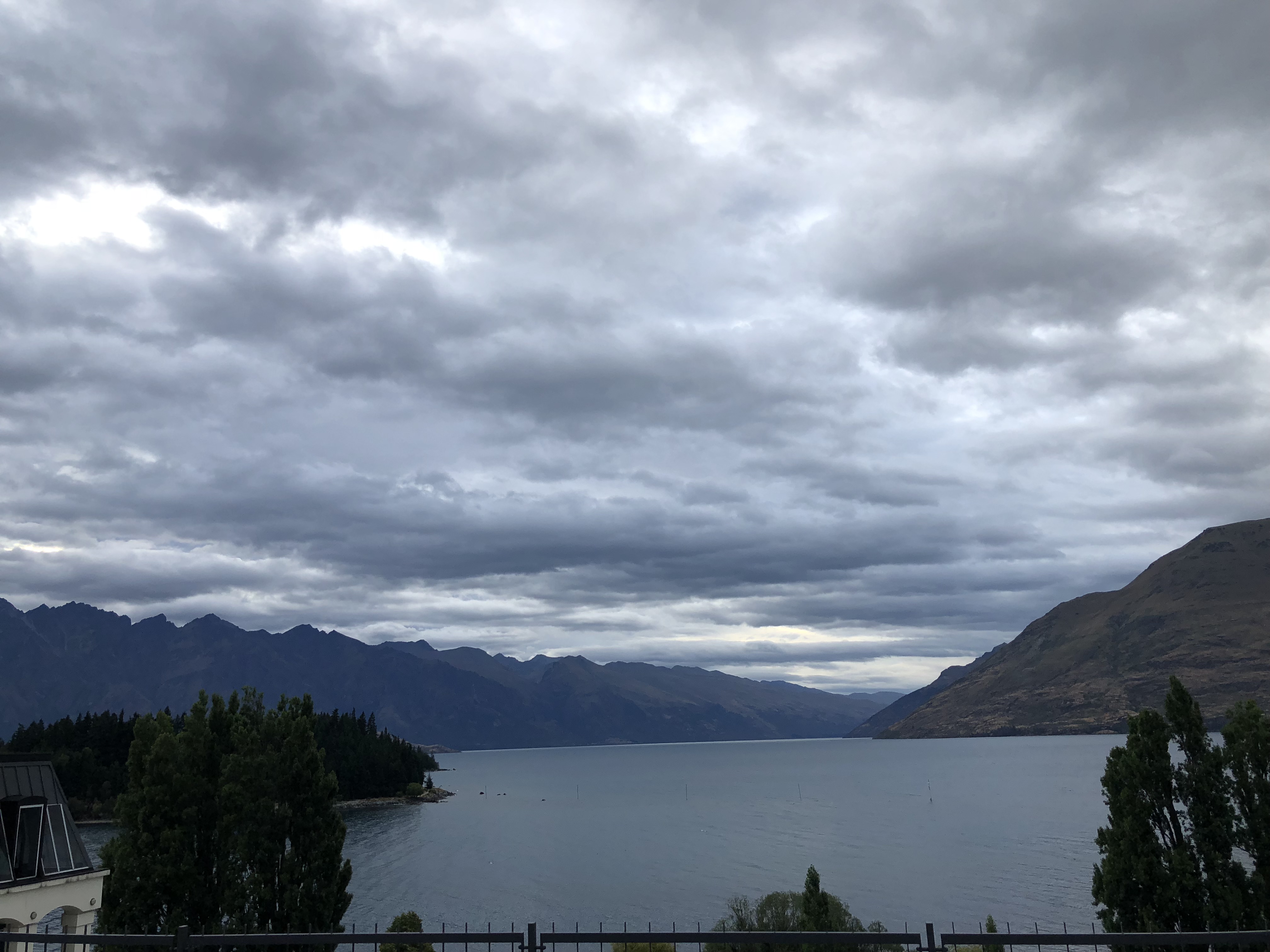 The restaurant, where we had the breakfast buffet, had this view (when it wasn’t cloudy) 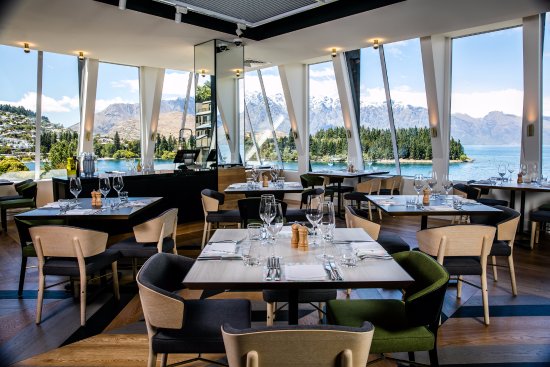 First activity: a ride up the gondola. 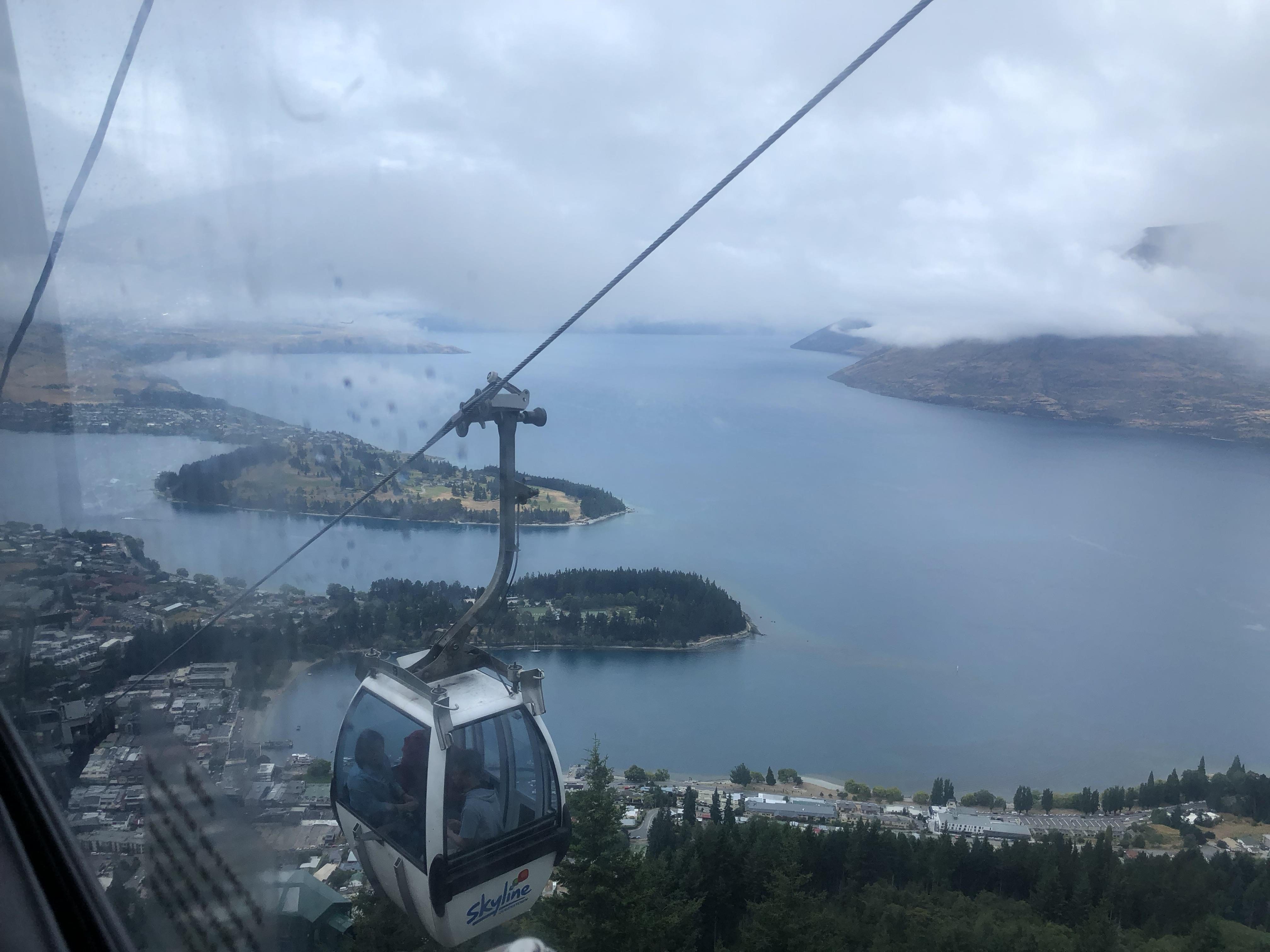 I truly hate these things. I do them (because it’s stupid not to), but I hate them.

The view from the top 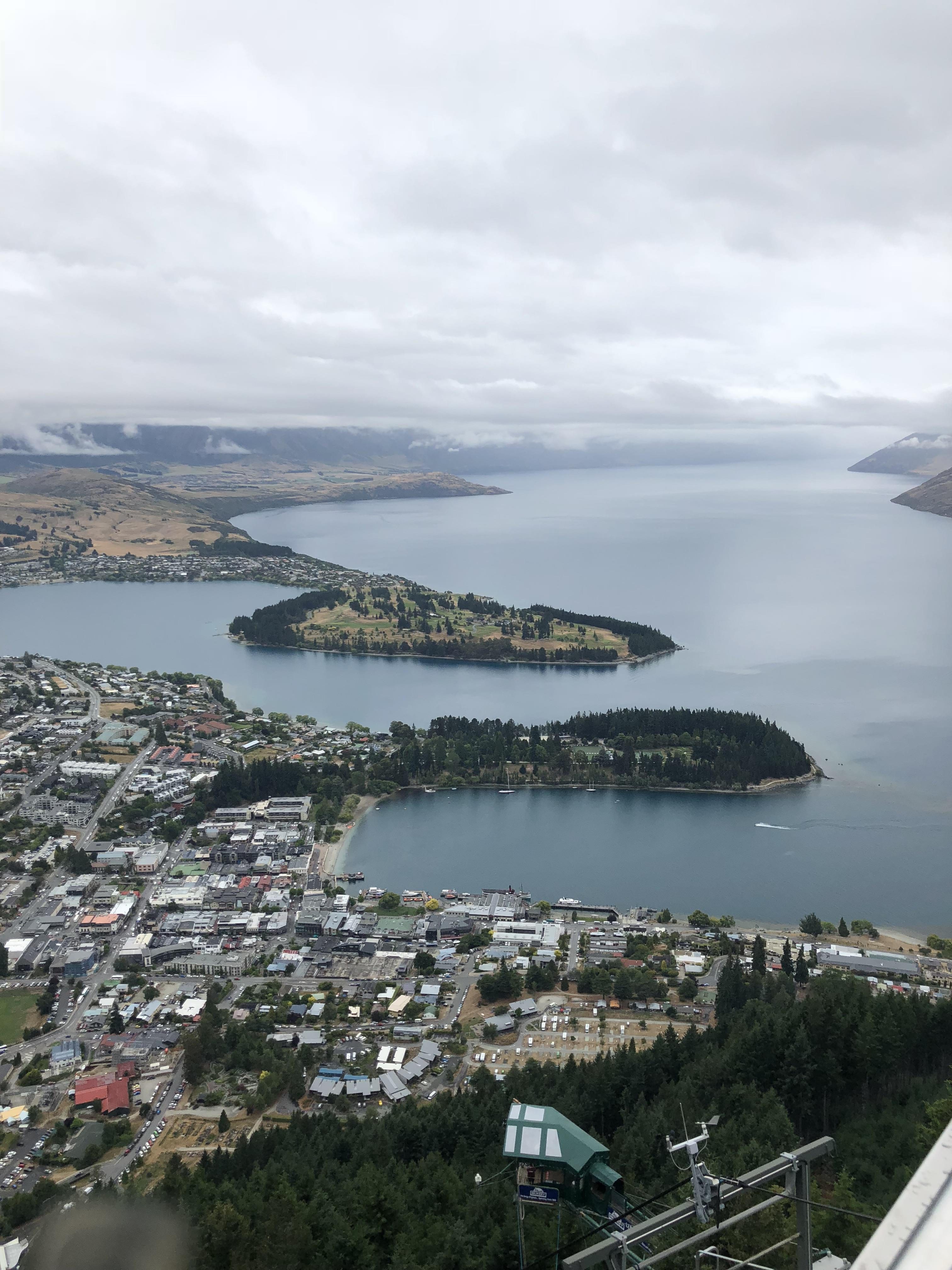 See the green roof with the white rectangles in the middle-right of the bottom of the picture? That’s a platform cantilevered out over the side of the mountain where people bungee jump from. Good God. There were even people doing it. You would know when someone went over because you could hear their piercing scream. It never sounded like a scream of pleasure to me.

Next we made the 20-minute drive to Arrowtown, which looks exactly like a town in the Wild West, and for a good reason: gold was discovered in the Arrow River in 1862. 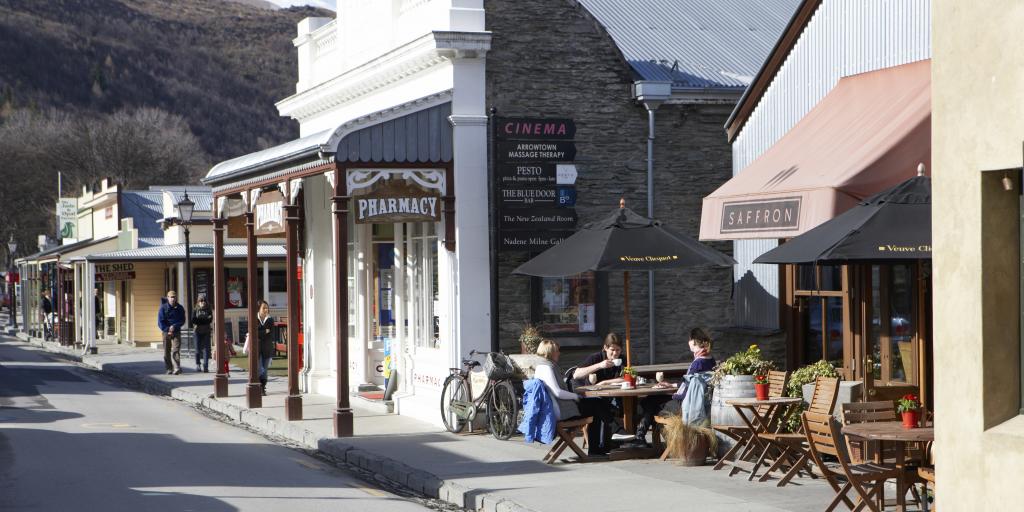 The Pharmacy from the front 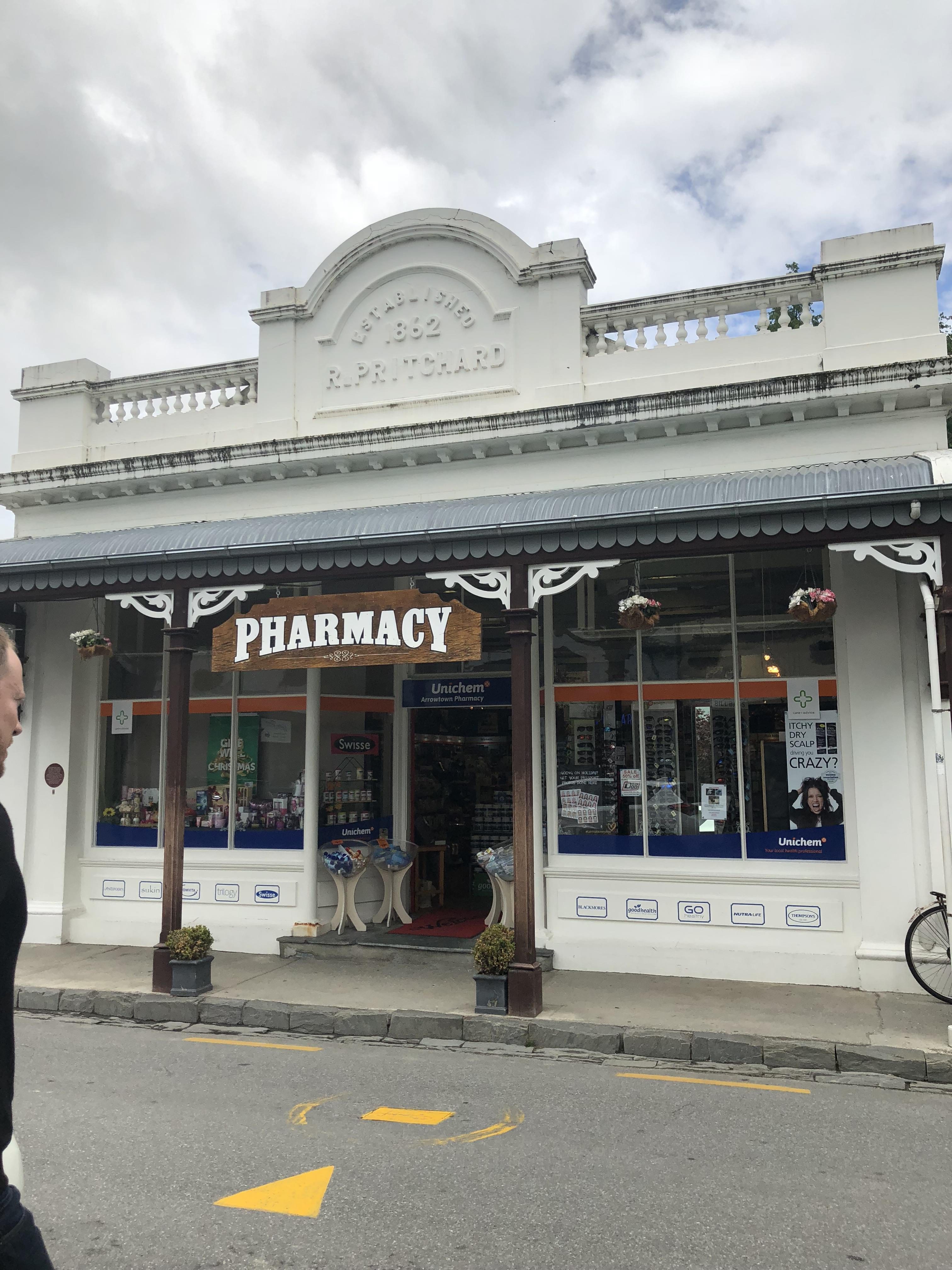 If you wanted to buy a getaway house in the area, property is available 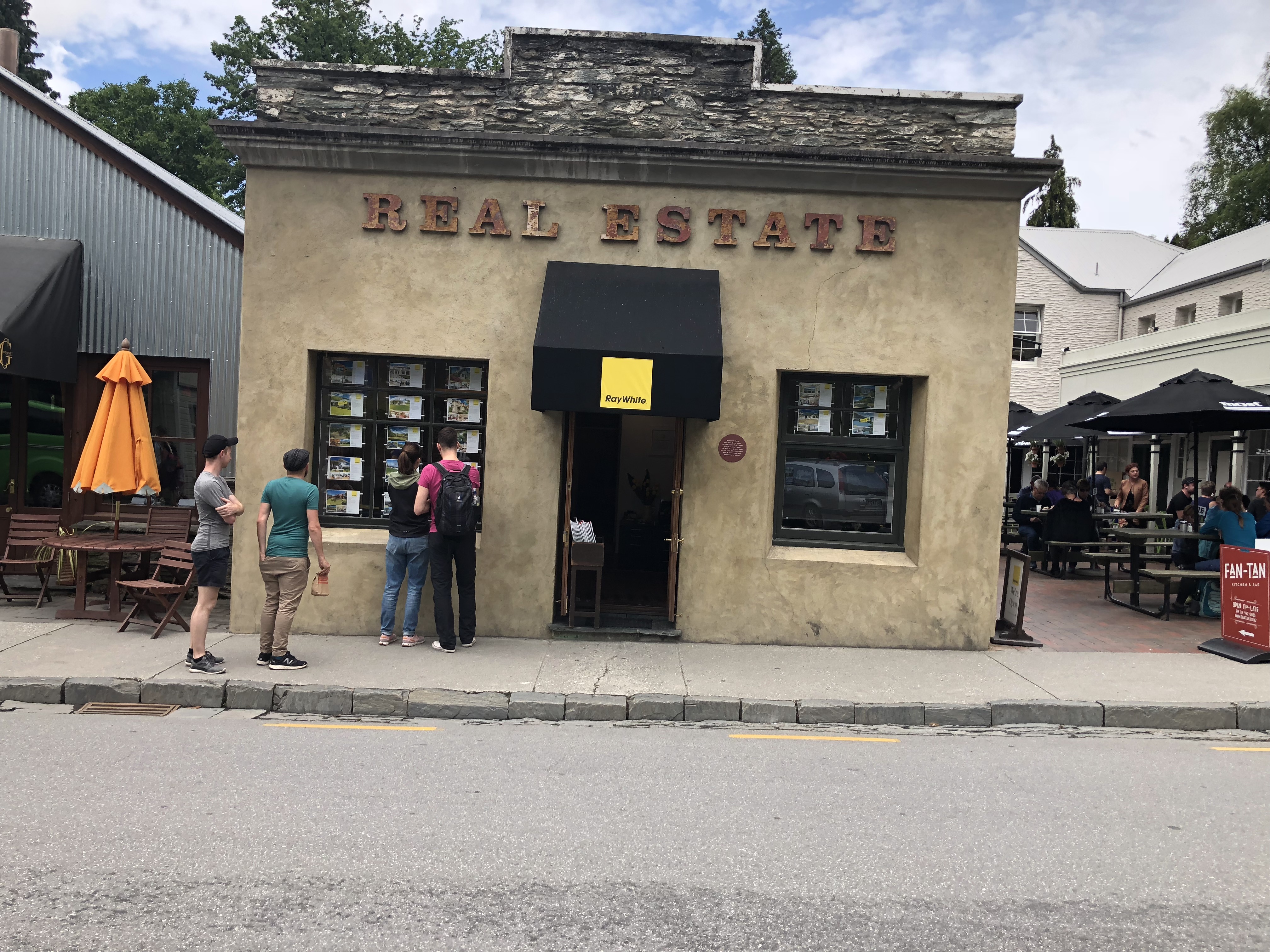 And then there’s The Gold Nugget, once the general store and now a souvenir shop 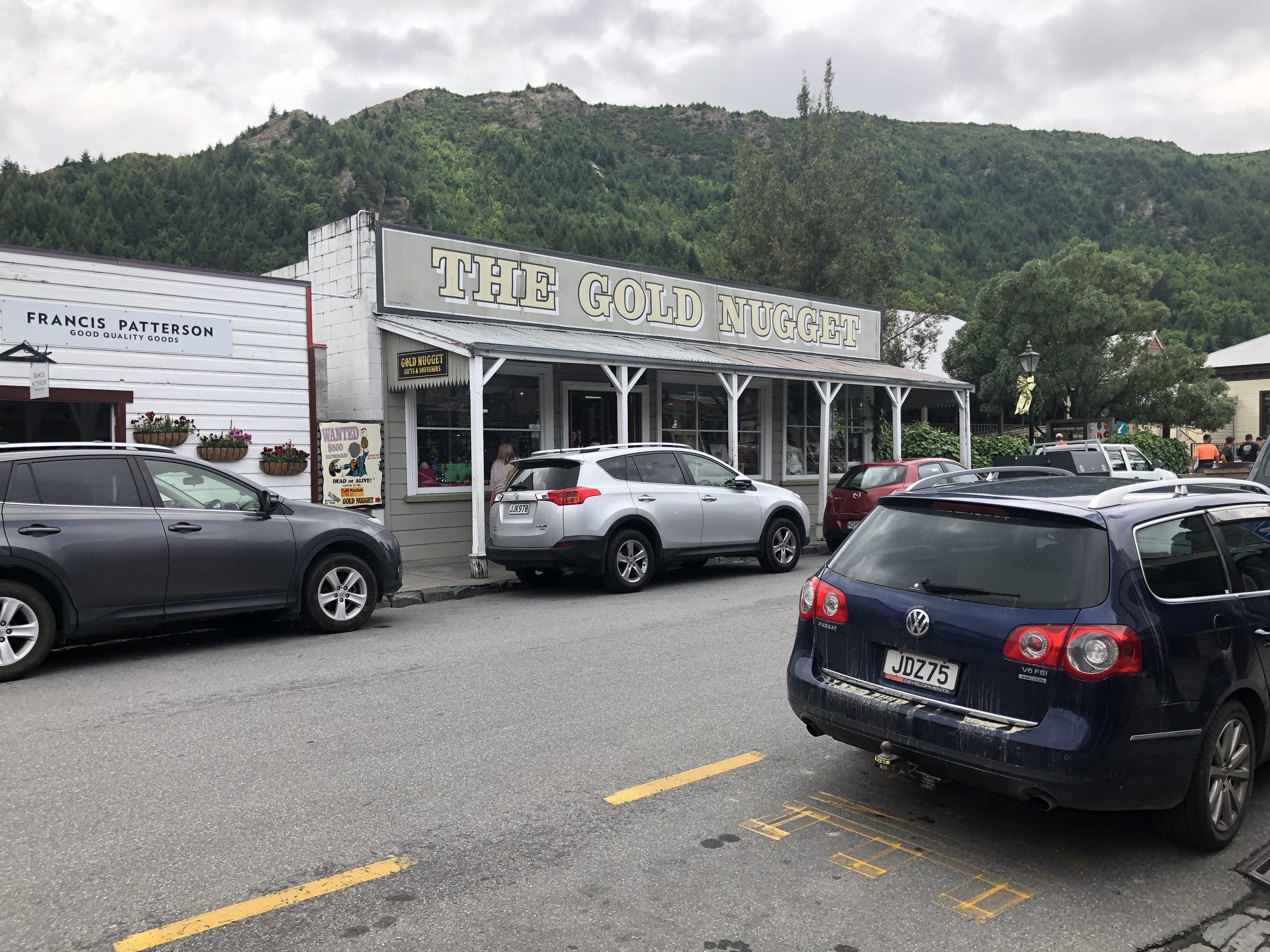 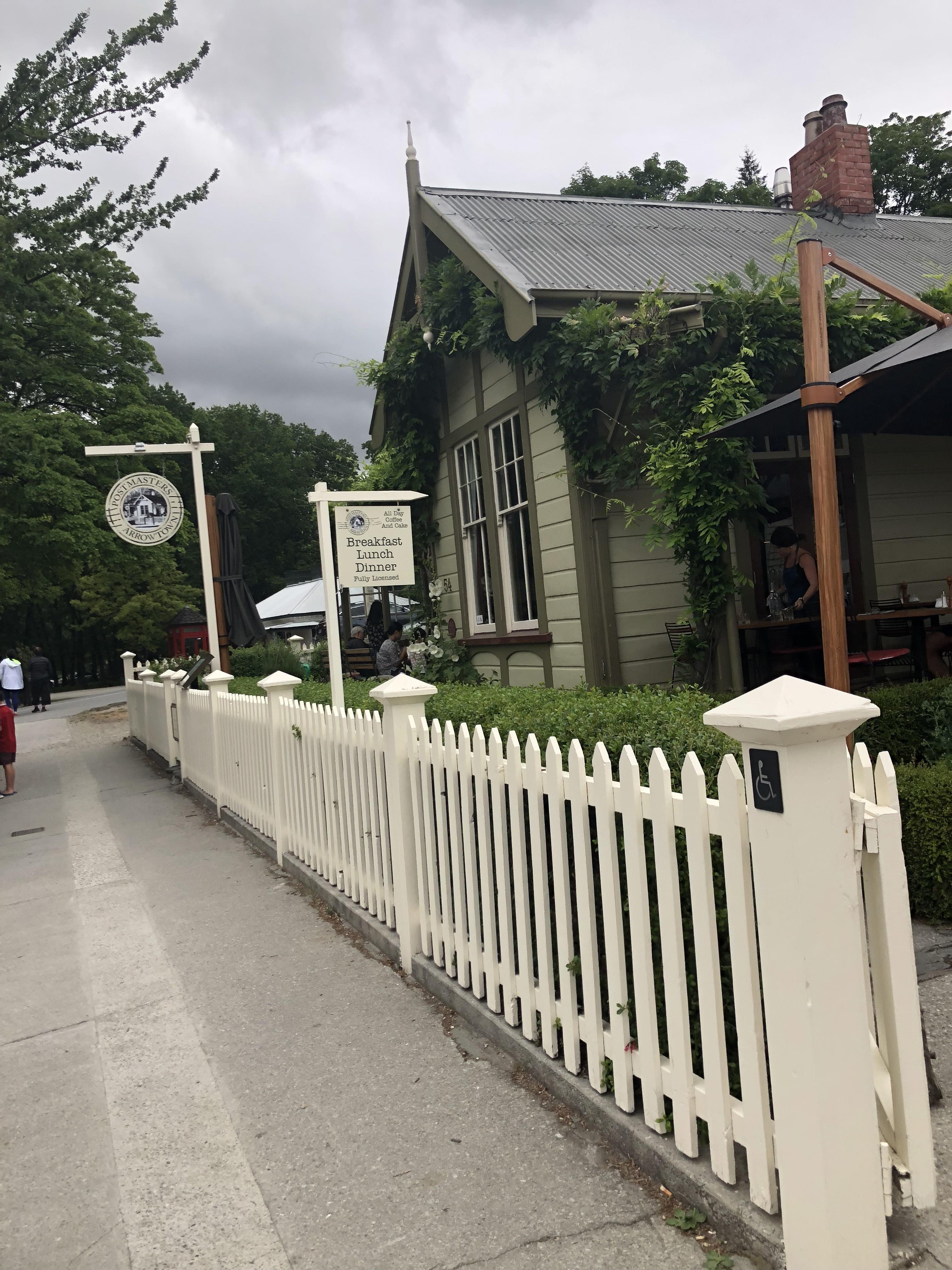 David is from Melbourne, Australia. On one of our drives David explained how the authentic way to serve fish and chips (pronounced Aussie style: feesh and cheeps) is wrapped in newspaper. So when I spied a waiter serving a dish wrapped in newspaper to a neighboring table, I immediately ordered it and so did David. 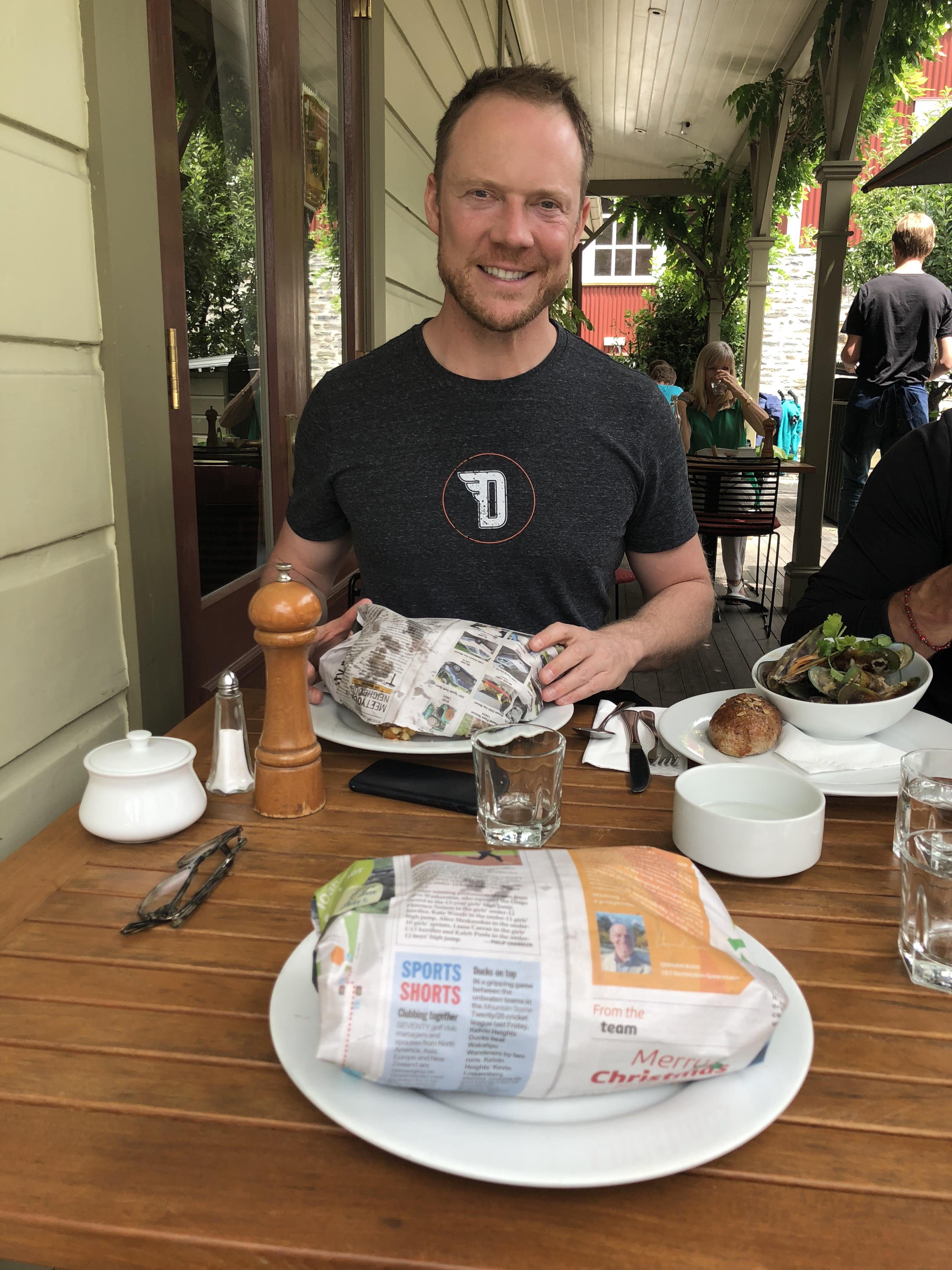 You tear it open starting at the top. Phillip chose something healthier.

Then it was back to Queenstown, where we took a nature walk around Bob’s Cove. 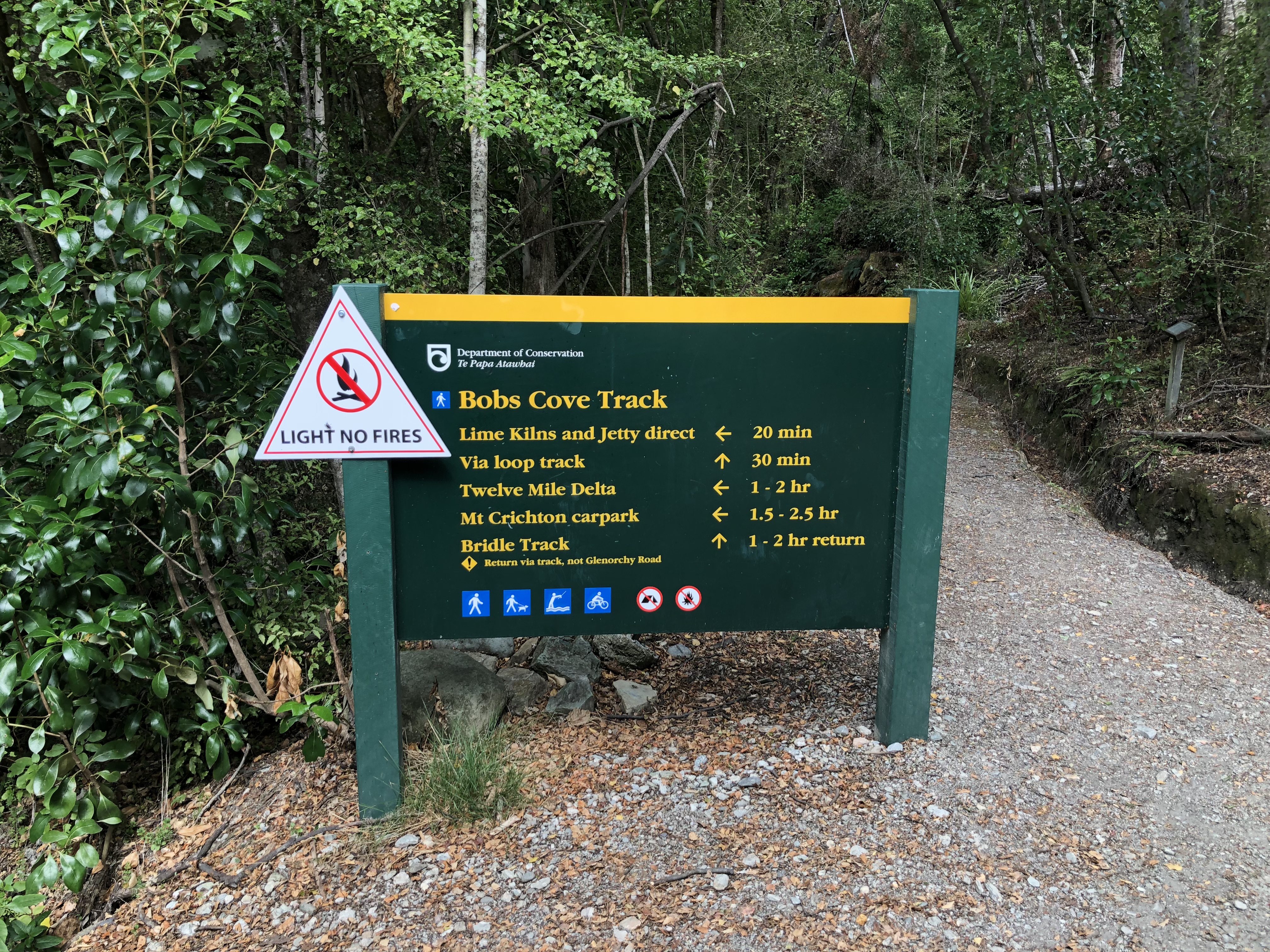 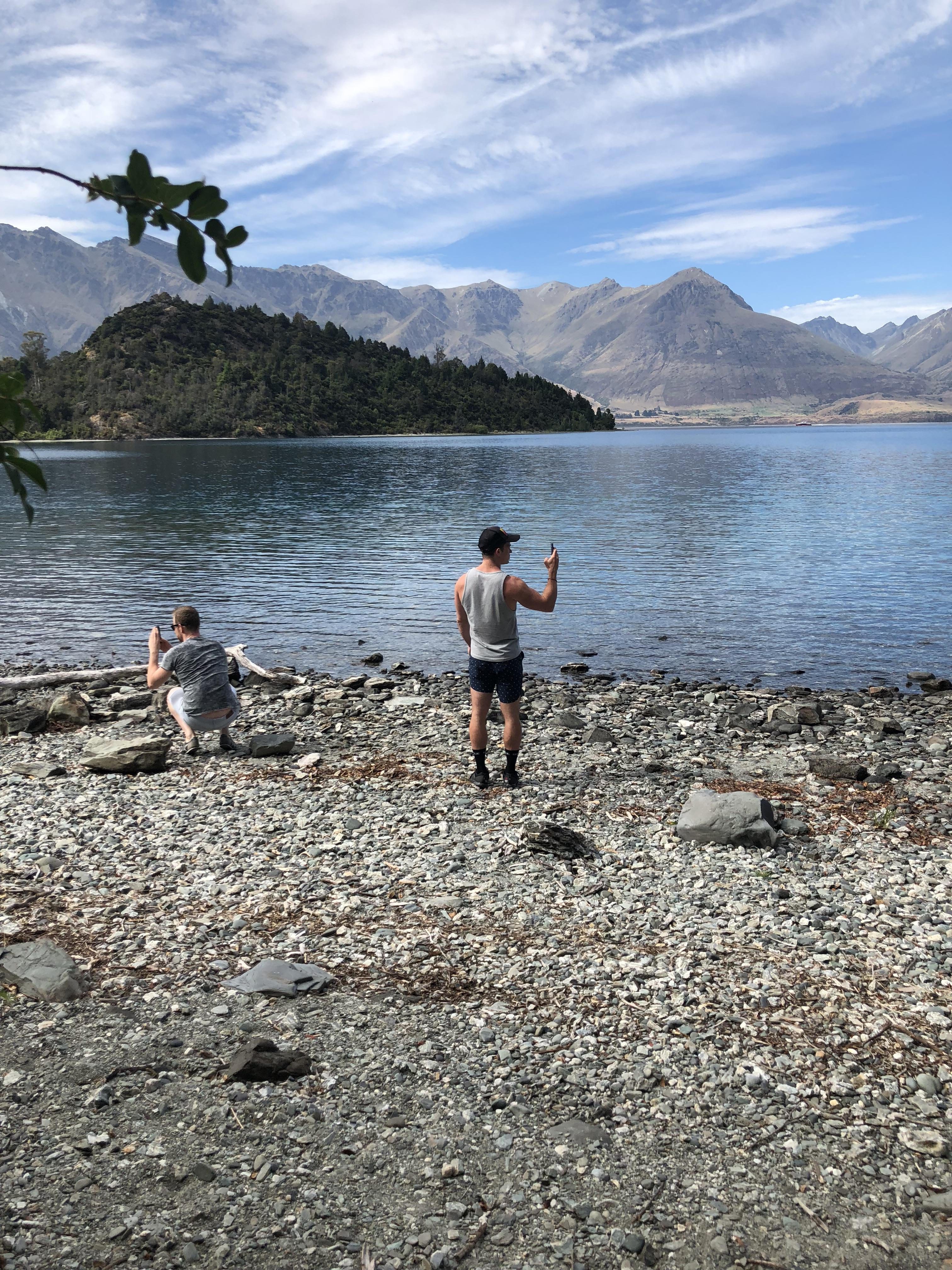 Phillip and David taking their own pictures of Bob’s Cove

Then it was back to town where there’s this guy 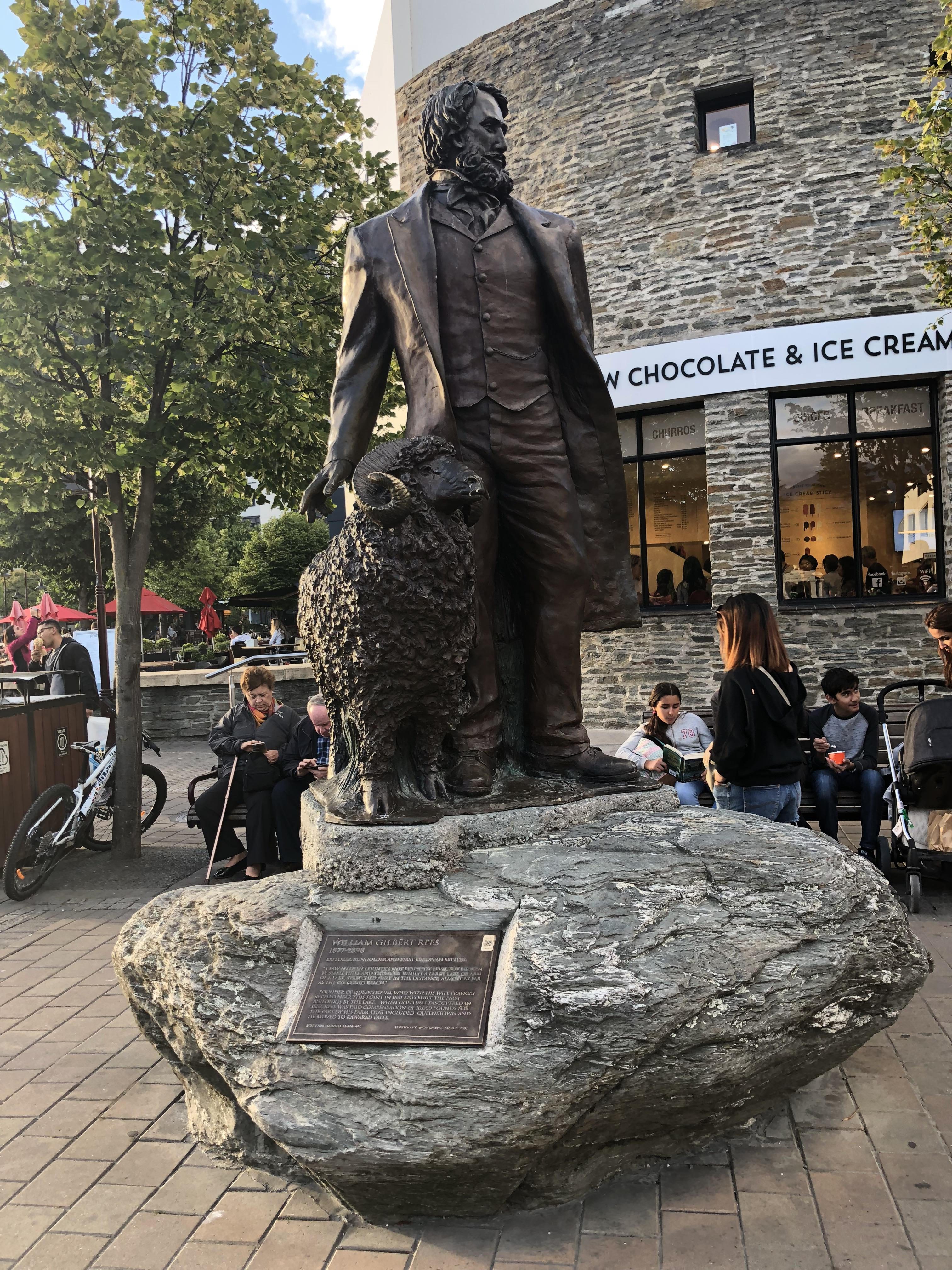 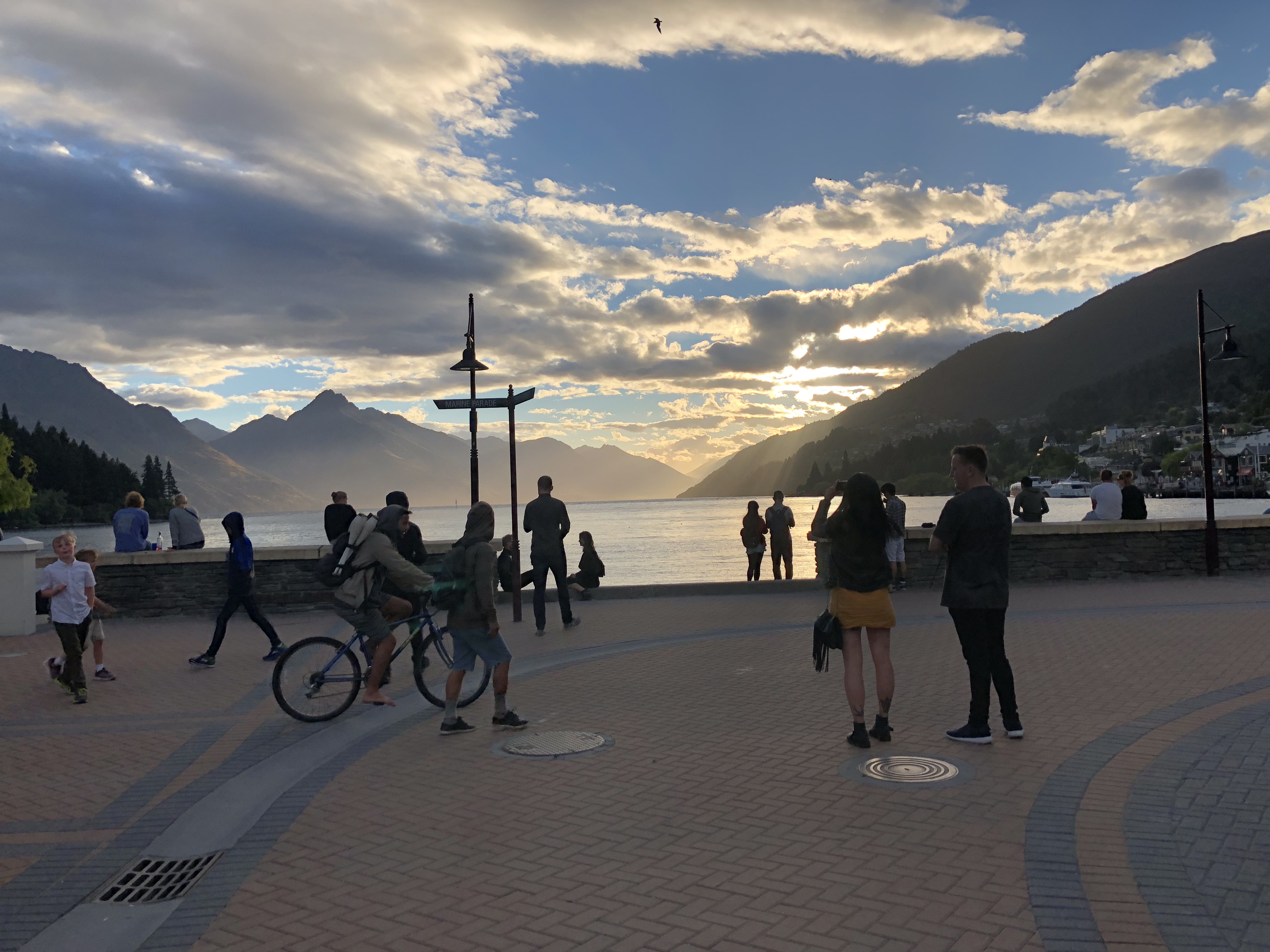 It’s about 10 pm and we are facing south. It’s summer now, and NZ is so far south that the sun does not set in the west. I love the novelty of this kind of thing, like seeing the sun set to the north when I was in St. Petersburg, Russia for a couple of days one summer.