Note: I first posted Vocal Fry/Creaky Voice earlier this year. I am reposting it because when I was in Romania over the summer a friend described to me a new show one of her friends was watching. I said in some astonishment, “I think you’re talking about Flip or Flop.” Indeed, that was the show. (Flip sau Flop in Romanian.)

Then I returned to Durham, NC went to get a pedicure. Sure enough, the TV in the nail salon had on Flip or Flop. At one moment one of the nail technicians stopped what she was doing, looked at the screen, and sighed, “Oh, look at that. They’re holding hands.”

Flip or Flop is a global phenomenon.

I’m a fan of HGTV. One of the shows I like is Flip or Flop with telegenic husband-wife team Tarek and Christina El Moussa. Every time I hear Christina talk, I’m always struck by how often she uses the voice register known in the media as vocal fry.

Here’s an example of her speech. Pay attention to the ends of her sentences . There you’ll hear the low, scratchy sounds of vocal fry.

If you listened to the whole clip, you might have noticed low, scratchy sounds in the speech of the two young women co-hosts. Again, particularly at the ends of their sentences. You can hear it best when one of them says, “Yeah.”

Vocal Fry/Creaky Voice: What Is It? 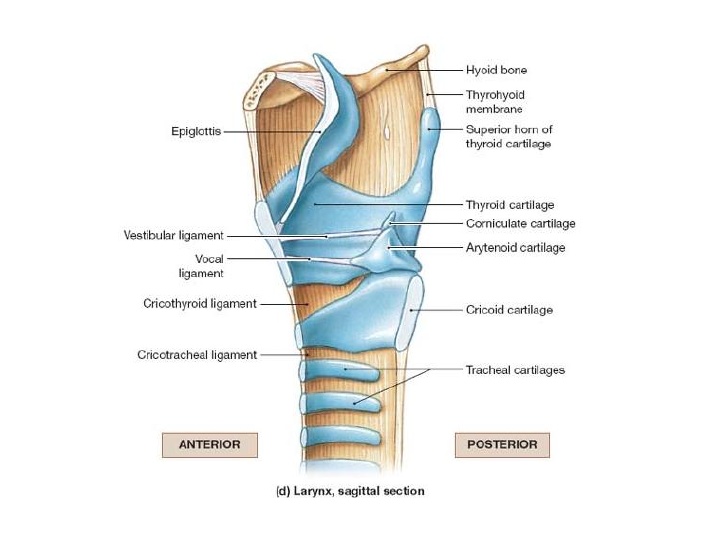 The arytenoid are a pair of cartilages at the back of the larynx. The one depicted is in the middle.

Now to the contemporary American English phenomenon. Here creaky voice doesn’t make meaning contrasts. Instead it makes social contrasts. Christina El Moussa is a thirty-something Southern California woman. She represents the social group using the vocal fry feature as a marker of identity. I doubt she’s aware she’s doing it. But through this register she identifies herself with her generation of upwardly-mobile women.

Five years ago discussions of vocal fry burst into the media. In 2011 commentary swirled around the speech patterns of young women such as Kesha, Katy Perry, Britney Spears, Zooey Deschanel, the Kardashians. And even Meredith Grey the main character on Grey’s Anatomy, all of whom use various degrees of creaky voice.

These pop culture figures may have popularized this speech style. But they didn’t create it. Because creaky voice has existed in American speech for a long time, always more in the speech of women than men. You can hear it in Mae West’s famous “Why don’t you come up some time and see me?”

Last semester a young woman in one of my classes had a very pronounced creaky speaking style. When I pointed it out to her, she was surprised, because she’d never heard of it before. As a point of information, she’s from Texas.

Anything that is a marker of feminine (and/or ethnic) identity is going to come under scrutiny. And, unfortunately, under attack. When discussion of vocal fry erupted five years ago much of it was about how it was annoying, irritating, and possibly an impediment to a woman’s career. One such critic was Howard Stern.

Much hay was made of the potential danger this speaking style posed to women’s larynxes. And, indeed, the term fry does suggest something harmful. Therapies for the so-called condition have been proposed.

However, if languages around the world use creaky voice for various communicative purposes, then it seems unlikely to me this register is actively harmful. Furthermore, younger men don’t come under criticism when they on occasion use the creaky register. Rather, the negative perception of it, along with the – in some cases, well-meaning if misguided – attempts to eliminate it, smack of a move to control yet another part of a woman’s body. This time her delicate little arytenoid cartilages.

Hmmm…what’s going on? Could it be that some people don’t want to hear women’s voices at all?

Lucky Christina. Tarek listens to her.

Update 2018: Aaawww! I was wrong! Anyone who sees the tabloids in the supermarket check-out line know that Christina and Tarek have split. And not neatly, either. Lots of drama.

Update 2020: This video briefly touches on vocal fry and our associations with it. 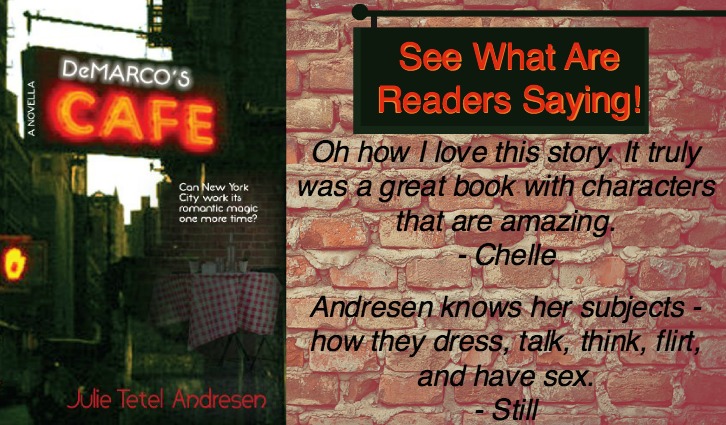 Get DeMarco’s Café on Amazon Now! 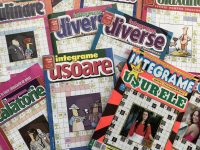