On February 10 I am hosting the Gender, Sexuality, Feminism and the Romance Novel symposium at Duke University. It will be held in the East Campus parlors of the East Duke Building from 2:00 – 5:00. 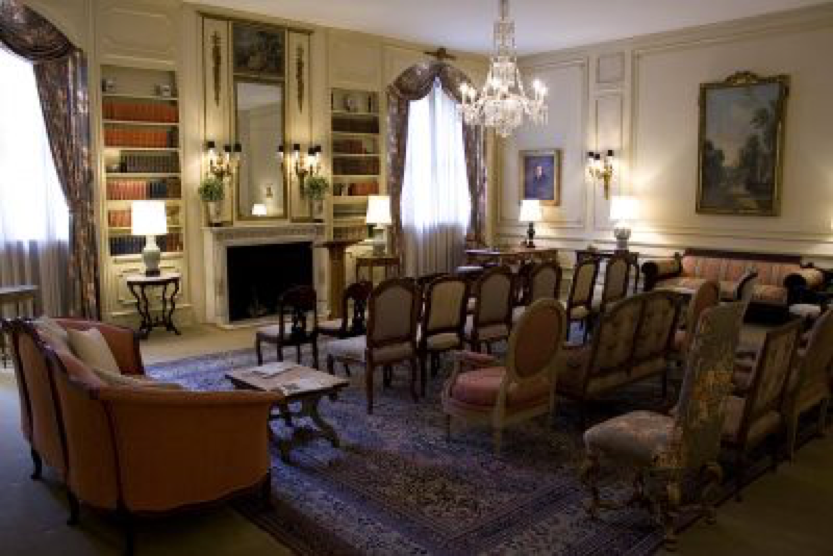 A reception following the symposium is open to the public.

In honor of the event and Valentine’s Day, a display case in the Rubenstein Library is devoted to both romance novels and the symposium and will be featured throughout the month of February. 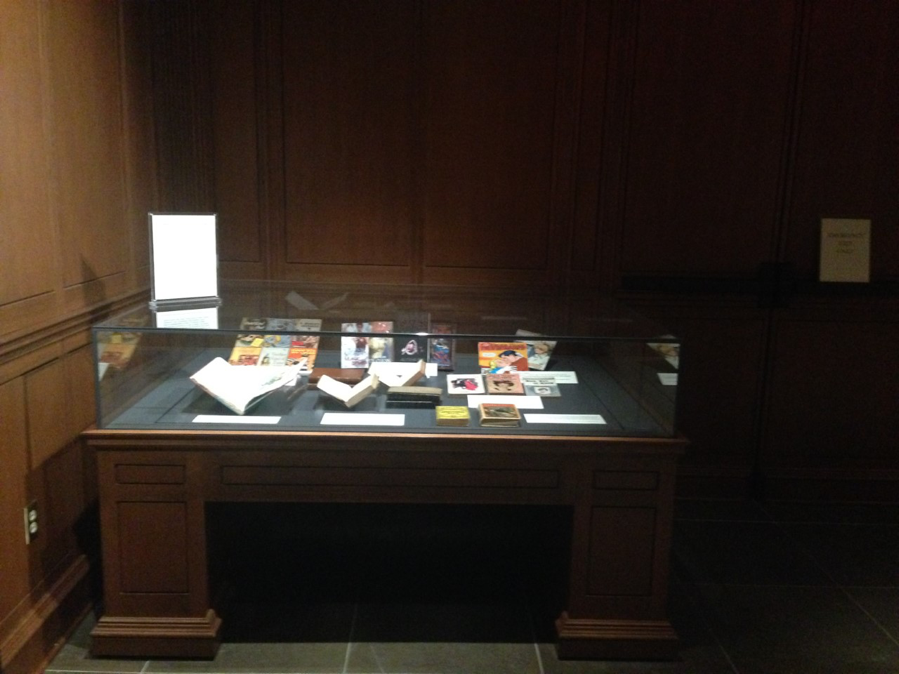 It is just behind Virginia Woolfe’s writing desk in the Rubenstein Library – very inspiring! 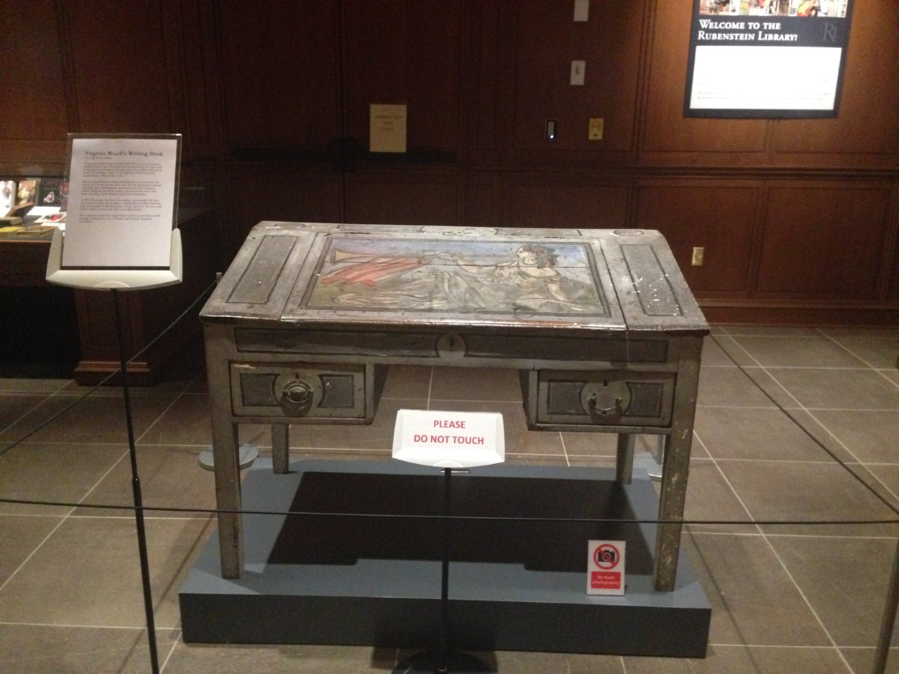 Breaking down the romance novel display case, we have: 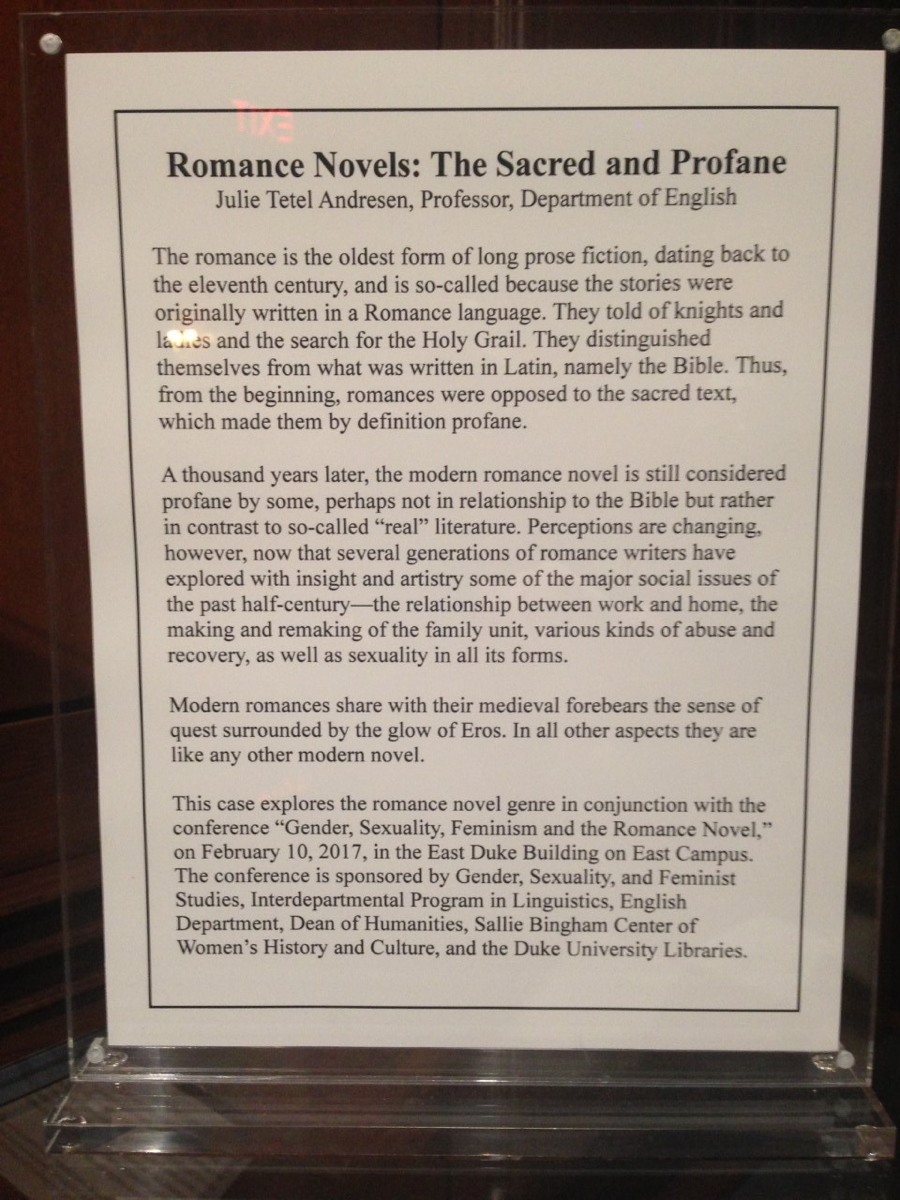 Samples of books by the authors on the symposium panel: 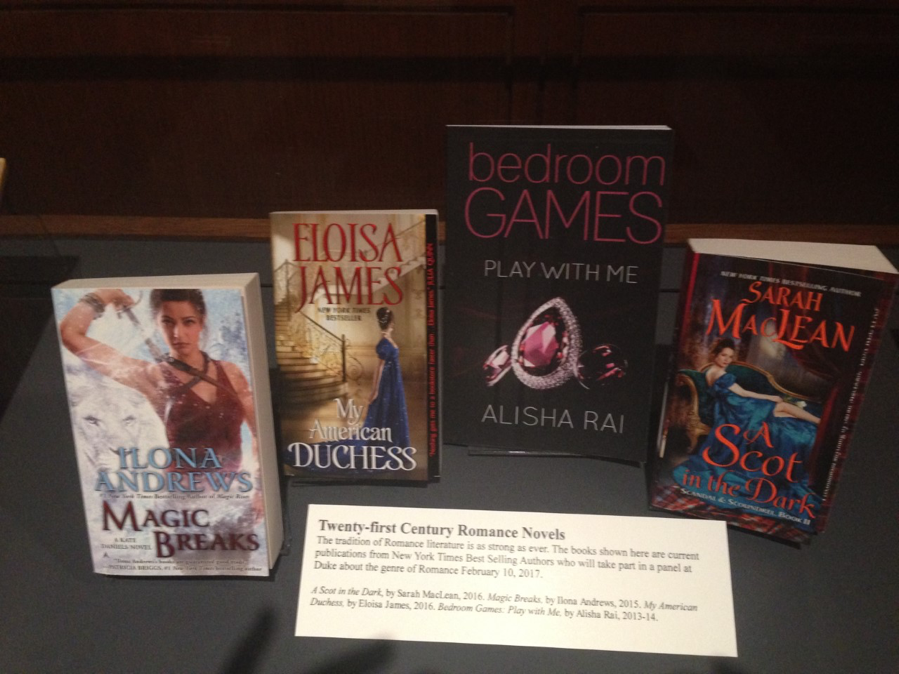 In the display case we have a mini-history of the romance novel beginning with medieval romances: 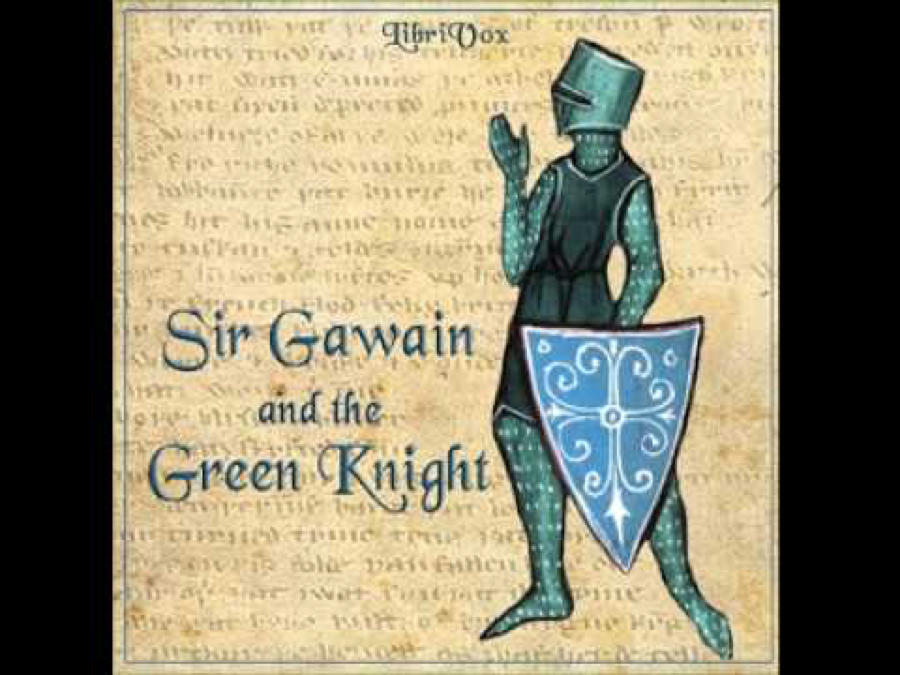 One of the earliest chivalric romances in English, written around 1375 by an unknown poet, this medieval story in verse recounts the adventures of Sir Gawain of Arthurian legend as his bravery and loyalty are tested.

Moving to 19th-century romances, we have: 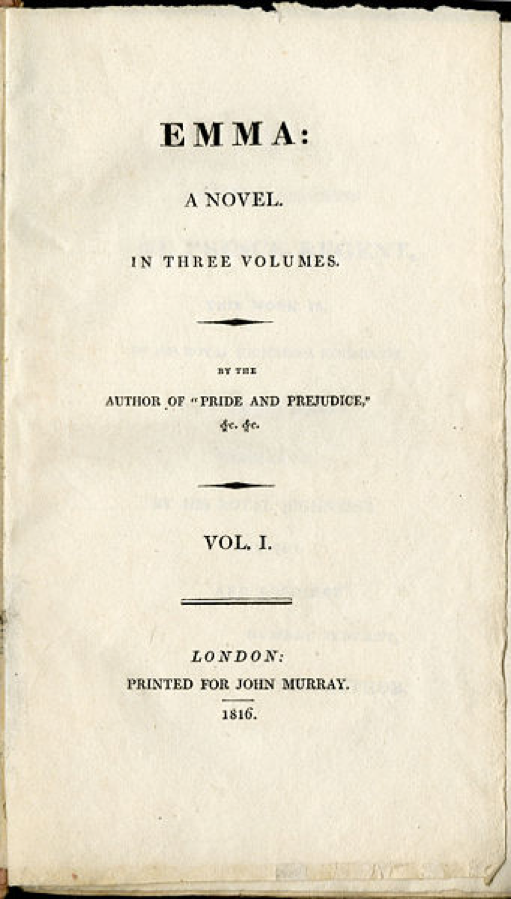 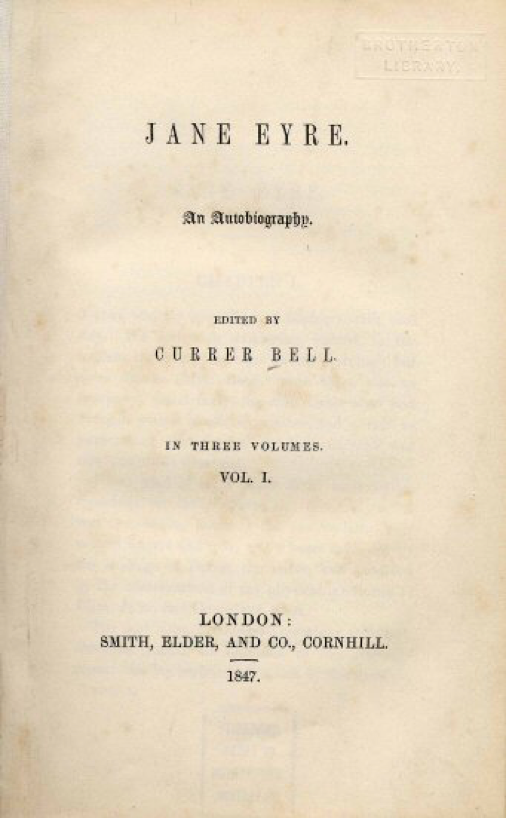 Currer Bell being the pseudonym of Charlotte Brontë, author of Jane Eyre

English Romanticism demonstrates the evolution of the romance genre as a reaction to the Enlightenment, with its emphasis on reason and order. The focus on the individual and emotional is a hallmark of this period. With humor, dramatic plot developments, and a critical eye, these novels explore contemporary British culture and the struggle of the heroine to find independence, happiness – and love. 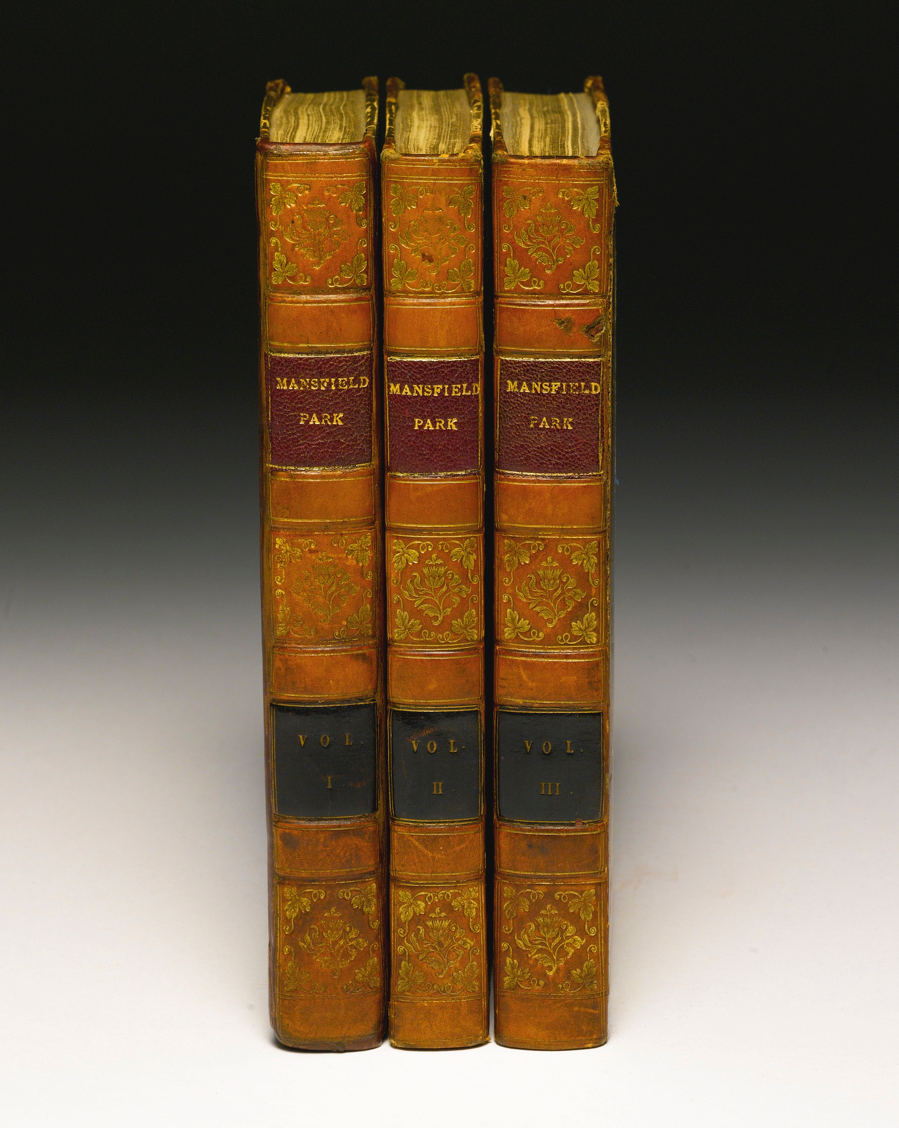 These novels were often published as “triple-deckers.”

Next up are turn-of-the-century romance novels. 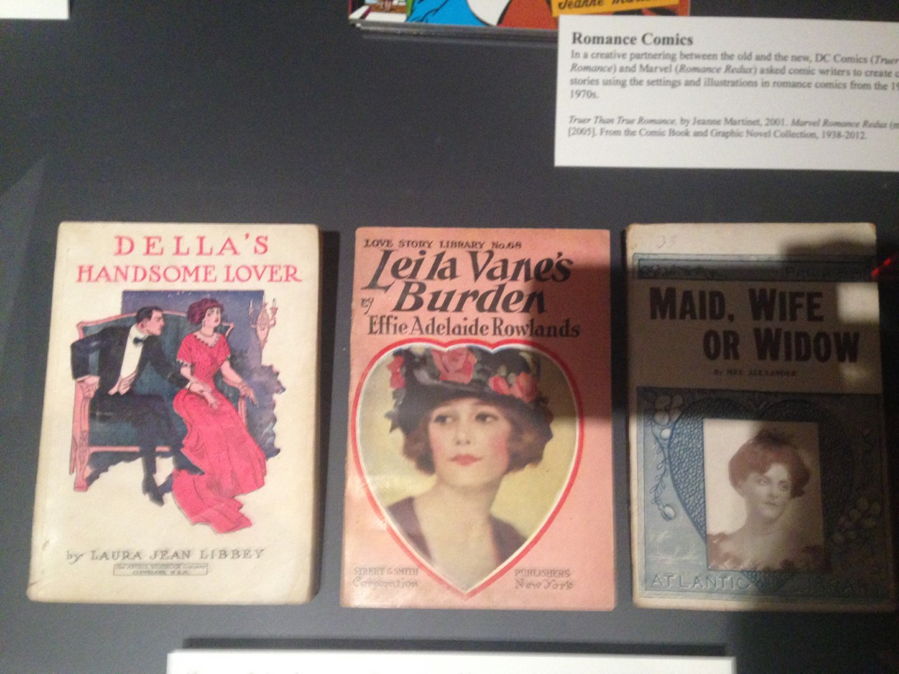 These titles tell all: Della’s Handsome Lover, Leila Vane’s Burden, and Maid, Wife or Widow, this particularly telling about the scope of possible social roles for women

America benefitted from the spread of literacy and new printing technologies, which resulted in a boom of inexpensive or “dime” novels aimed at a mass audience and published from the 1870s to the 1930s. These novels often featured lurid tales aimed at men. However, a market also arose for dime novels written by and for women. Authors such as Libbey, Rowlands and Alexander published dozens, sometimes hundreds of books, many in numbered series, frequently focused on themes of romance, selling millions of copies until the end of the dime novel craze.

What happens next? As far as the 1950s go, the Sallie Bingham Center of Women’s History and Culture in the Rubenstein has a large collection of gay and lesbian romances: 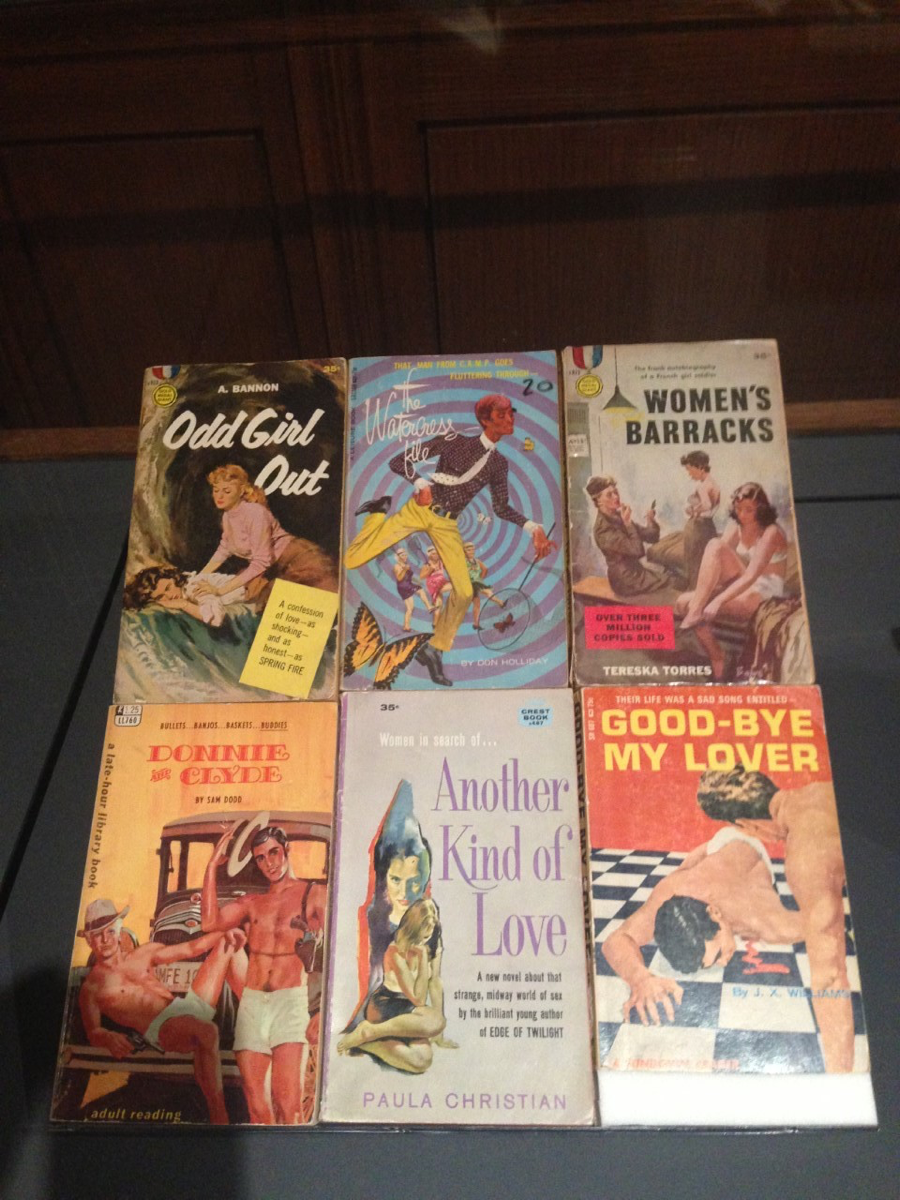 And of course the 1950s brought romance comics: 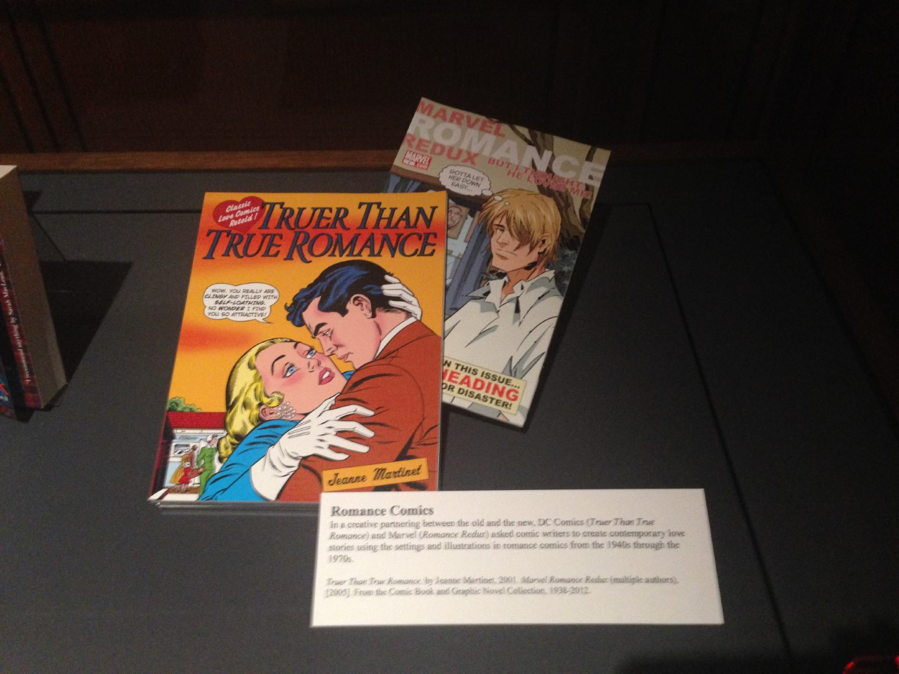 In a creative partnering between the old and the new, DC Comics (Truer than True Romance) and Marvel (Romance Reader) asked comic writers to create contemporary love stories using the settings and illustrations in romance comics from the 1940s through the 1970s.

We arrive at today and the rich stories created by today’s contemporary romance authors.

The symposium is sponsored by the Department of Gender, Sexuality and Feminist Studies, the Department of English, the Interdepartmental Program in Linguistics, the Dean of the Humanities, Perkins Library and the Sallie Bingham Center of Women’s History and Culture.

Buy Me Love Out Today