My quest as a writer is to mine the riches of as many romance subgenres of this wide-ranging art form as I possibly can.

The major division is between historical and contemporary:

Location and century organize this, one of the largest romance subgenres. The following time-periods qualify as romance subgenres of their own, because they are ones some writers specialize in and some readers read exclusively:

Regencies. The Prince Regent reigned from 1811-1820 when crazy George III died, and Prinny (as he was known) became George IV. 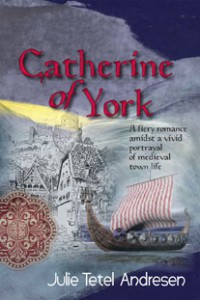 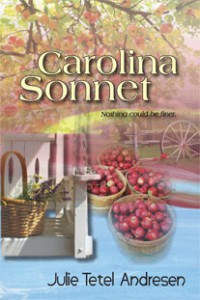 Other historical time-periods I’ve explored include: 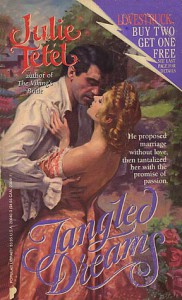 Victorians. This time-period is becoming a recognizable subgenre. (Queen Victoria reigned from 1837-1876.) These stories often feature a theme of science or technology, making them the romance version of science fiction steampunk. Or they may delve into a social or political issue of the day, say, urban poverty or the suffragette movement.

I’m currently reading Love Engineered by Jenna Dawlish. As the title suggests, engineering is the theme. The hero is a bridge designer and builder, while the heroine has a great interest in engineering. I’m at the point where I’ve learned her estate has drainage problems, so I’m guessing the hero will be recruited to build a bridge or two.

These romance subgenres are made in terms of the social world of the story. Many of them overlap. I admit my list is a mish-mash, and the only organization is alphabetical. 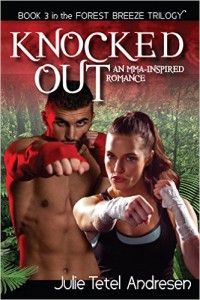 My contribution is Tied Up (affiliate).

My contribution is DeMarco’s Café (affiliate). I’m currently finishing Love Ever After.

My contribution, Knocked Out, features a bad girl. 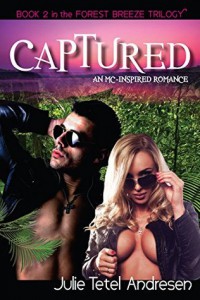 My contribution is Captured (affiliate).

i.  Mostly werewolves and werebears. 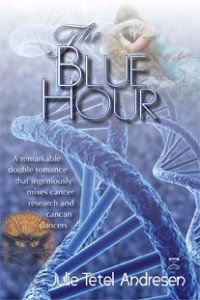 I’m clearly reading up on Shapeshifters. It looks like I’m headed there next, or is there a Victorian or Cowboy story inside me just dying to get out?

So many subgenres, so little time!

Note: Tied Up (affiliate), Captured (affiliate), and Knocked Out  (affiliate) are the three novels in my Forest Breeze Series. Instead of making a separate series for each subgenre, I put them in conversation.