When my friend, Trish, came to visit me in Romania, we went to Transylvania. On the way we stopped at the resort town of Sinaia in order to visit the fancy modern Castel Peleş.

By ‘fancy’ you can see what I mean in the picture. By ‘modern’ I mean that the castle was constructed between 1873-1914 and came with running water and electricity, including a central vacuum, built in.

It is truly a jewel. The proportions are more on the cozy scale rather than the grand – although the castle itself is plenty big – and the decorations are exquisite. 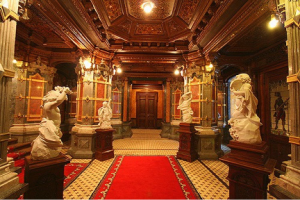 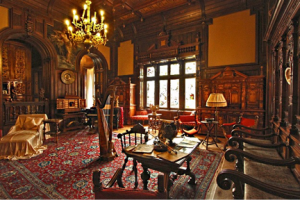 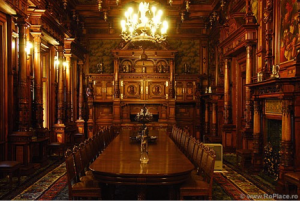 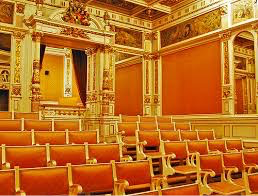 The theater, where movies can be shown, with 60 seats and a royal box

This unique example of architecture can also tell a significant part of Romanian political history.

Carol I of Romania (1866-1914) oversaw its construction. When he chose the location, Sinaia was at the edge of the country near the border with Transylvania, which was part of the Austro-Hungarian Empire. After World War I, when Romania acquired Transylvania, the castle ended up being in the heart of the country.

Carol I was of German background, and his birth name was Prince Karl of Hohenzollern-Sigmaringen. The architects as well as many of the craftsmen who worked on Castel Peleş, such as woodworkers and glassmakers, were also German. Carol I was succeeded by Ferdinand I (1914-1927) whose son, Carol II, was the first Romanian king to be born in Romania, namely at Castel Peleş.

Although this part of the world has been inhabited for thousands of years, the political entity known as Romania is relatively recent, its current borders stabilizing only through the political upheavals of the 20th century. It began life in the 19th century as a monarchy.

Still to this day Romania has a king, namely Regele Mihai, King Michael I. He is 94 years old and lives most of the time in Switzerland. He is the son of Carol II. 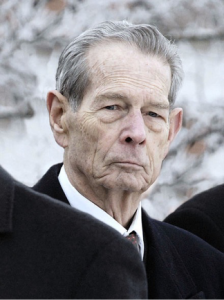 Michael I was king of Romania from 1927-1930 and again from 1940-1947. (Carol II reigned from 1930-1940). Like his forebears, King Michael was a Prince of Hohenzollern-Sigmaringen until he renounced his title in 2011. He’s a great-great grandson of Queen Victoria and, as such, he is a third cousin of Queen Elizabeth II, among other European royals.

So much for the social and political complications of European nobility. Romania’s communist era (1947-1989) is much easier to delineate, and you only have to know two names. The first is Gheorghe Gheorghiu-Dej, the leader of the communist party from 1947-1965.

The second is Nicolae Ceaușescu, the General Secretary of the Romanian Communist Party from 1965 until his execution on Christmas Day, 1989. 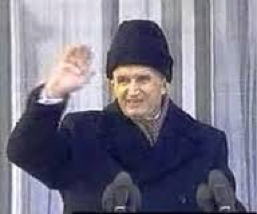 I chose this (slightly blurry) image of Ceaușescu because it is one taken during his last public address, on December 21 just days before his execution. At the 3:12 minute mark in the video, linked below, you will hear him lose control of the crowd. For the next few minutes he taps the microphone and says repeatedly, “Allo! Allo!” trying to regain the attention of his spectators.

In 2006 Vodafone used the audio of Ceaușescu’s “Allo! Allo!” as a kind of “Can you hear me now?” slogan in one of their ad campaigns. My ears certainly perked up when I first heard the ad, just like everyone else’s. The ad was quickly pulled from the airwaves. For many Romanians it was a case of too soon.

In 1948 the communists confiscated Castel Peleș from the royal family, and it became a museum.

In the 1980s Ceaușescu and his wife, Elena, decided to take up residence at the castle. The museum overseers, who knew their fearless leader and his wife had a penchant for all sorts of demolition, told them that a wood fungus had attacked the property and that it was very bad for humans. The Ceaușescus spent exactly one night there and ordered no changes.

In 1995 the post-communist and now democratic government enacted a law known as Legea 112, which governs retrocedarea, that is, the restitution of property that was in a person’s or a family’s possession as of March 6, 1945 and which belonged to the state or someone else as of December 22, 1989. I know Romanians who have had their property returned to them.

In 2007 Romanian government restituted Castel Peleş to King Michael. He decided it should remain a museum and open to tourists.

The story of the castle is the story of Romania in neo-Renaissance miniature. 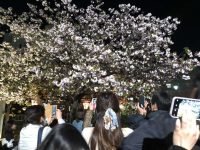 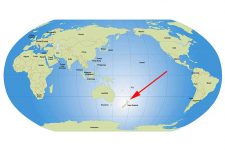