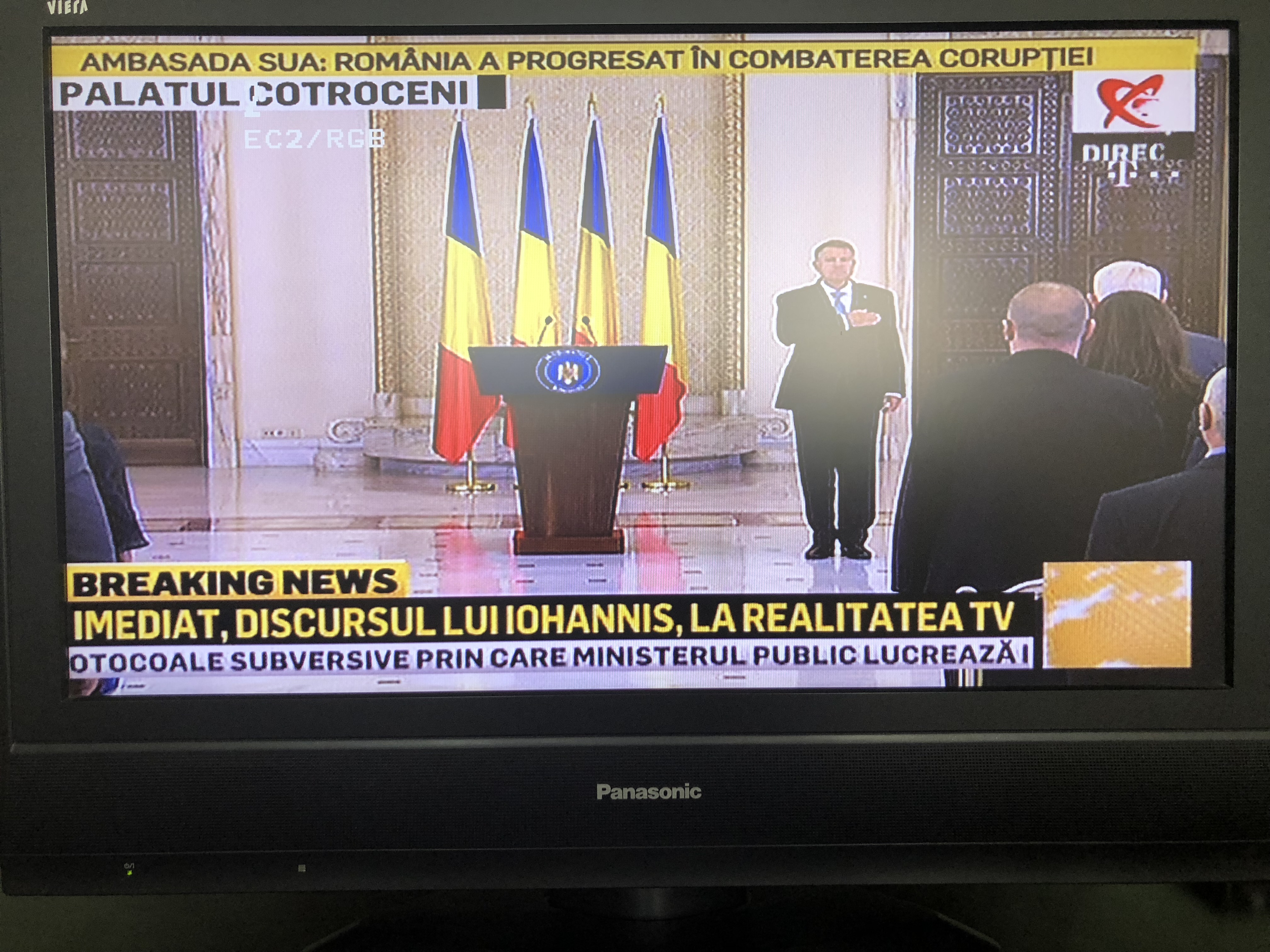 I watch tons of Romanian TV news. I like to keep up with what’s going on here and I like to have Romanian in my ear.

The title image is from today of Romanian President Klaus Iohannis, right before giving a speech related to the Note at the end of this blog concerning the Romanian ambassador to the United States, George Maior.

Of course, most Romanian news is devoted to domestic issues. However, on the international front, you may be interested in what kind of news from the US does and does not make it into the news cycle here.

Spring 2006. I happened to be in Romania for the 2005-2006 academic year. Because I teach at Duke University I was mighty interested in the lacrosse scandal that broke out on Duke’s campus in the spring of 2006. Not one word of that story made it onto the Romanian news, although I understand various Western European outlets carried it. I learned everything I knew about it from friends and colleagues at Duke.

I was unsurprised the story didn’t make it to the Romanian TV news for two good reasons:

First, the idea of team sports in both the public and private US educational system is a completely foreign concept here.

Second, lacrosse? What the heck is that?

So, the barrier for having an audience to connect with this story was too high for it to penetrate.

Summer 2014. The ice bucket challenge was big in the US, and it was big here as well.

Nothing could be easier to understand than dumping a bucket of ice water over the head of a celebrity.

August 26, 2018. Two days ago the news story of the day was the horrible fire at the Greek-Catholic Episcopate Palace in Oradea that had happened the day before. 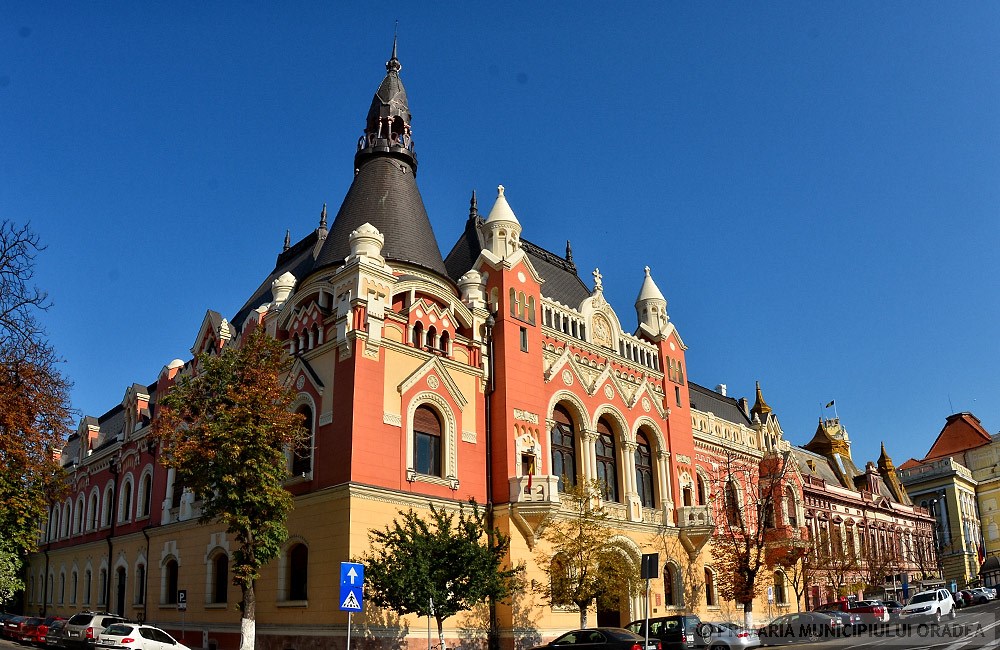 A superb building now in ashes

Two very quick news stories from the US squeezed through the copious commentary on the loss of this spectacular palace.

First, Senator McCain’s death was noted. I doubt anyone in Romania had ever heard of him (except the most US-news-focused people). The story was of interest presumably because it came with the note that McCain did not want Trump to attend the funeral. A snub is easy to understand.

Second, a story about Trump himself also made it through.

Did it concern Paul Manafort, Michael Cohen, David Pecker or Alan Weisselberg? Not a chance. The American governmental and legal system is difficult for Romanians to understand. At least four times this summer (as well as many times last summer) I have (tried to) explain the Electoral College, along with the fact that there is no Prime Minister (as in Romania). Our position of President is more than symbolic.

So, how to get traction with stories regarding K Street, campaign finance laws, problems with taxi cab medallions, and what it means to run a foundation? You can’t. State crimes v. federal crimes, what? The legal workings of the Southern District of New York are as arcane and exotic as the sport of lacrosse.

So, what was the Trump story yesterday?

It concerned the newly-elected prime minister of Italy, Giuseppe Conte, and his visit to the White House in July where Trump reportedly promised him some money.

I am not concerned with the details of the story. I am reporting only on what was said on the Romanian news. You can read up for yourself what the American press says.

The point of the 30-second news spot was that Trump is now reneging on his promise of money.

Two stories later came a quick one about how China was living up to its offers of money in Central Asia.

The news program I was watching is Digi, the Romanian CNN, more or less.

My overall point is not that Romanians need to understand more complex stories coming from the US. It is rather that Americans need, first, to understand how our stories do and do not travel and, second, to be aware of the ways they break through and the narratives to which they belong.

Note: I wrote this blog on Monday morning. On Monday afternoon another story from the US broke through. Any story concerning a Romanian in the US will make the news. This one concerns George Maior, ambassador to the US since 2015, and his negative reaction to a letter Rudi Giuliani wrote to Romanian President Klaus Iohannis and Premier Viorica Dăncilă.

By Monday evening this story was all over Romanian news, and on Tuesday a response from the government was required. Read about it here.